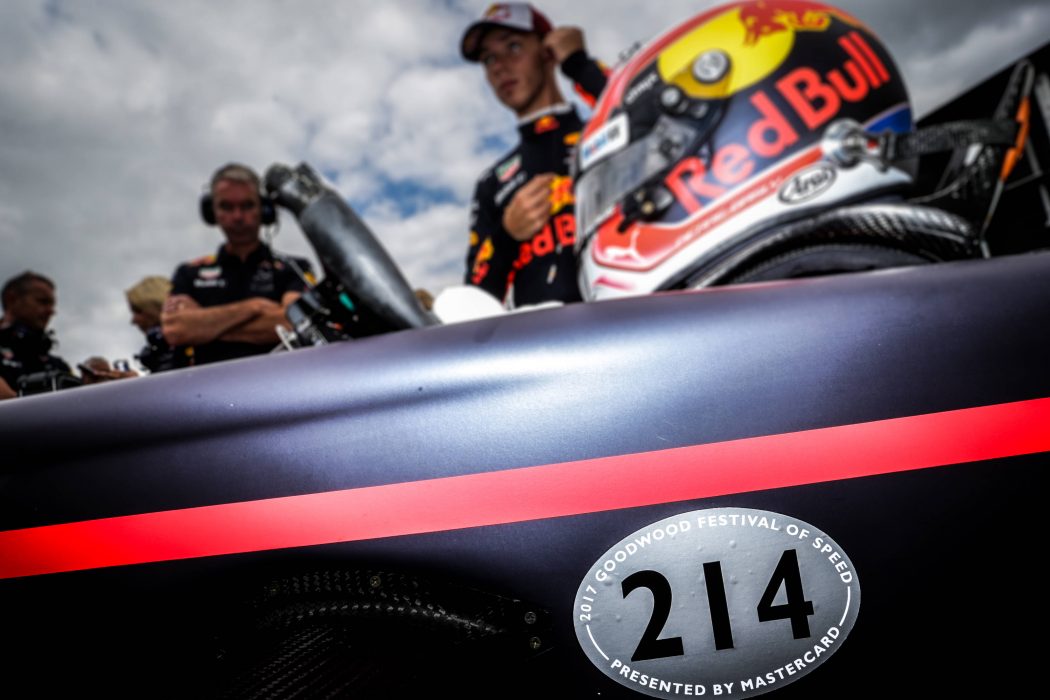 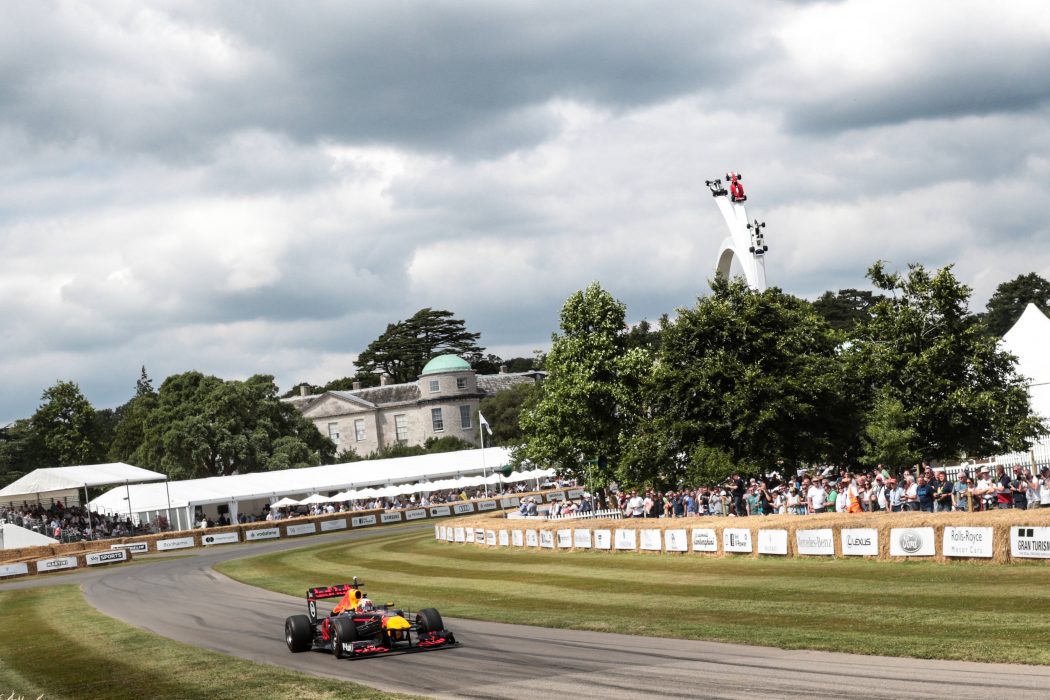 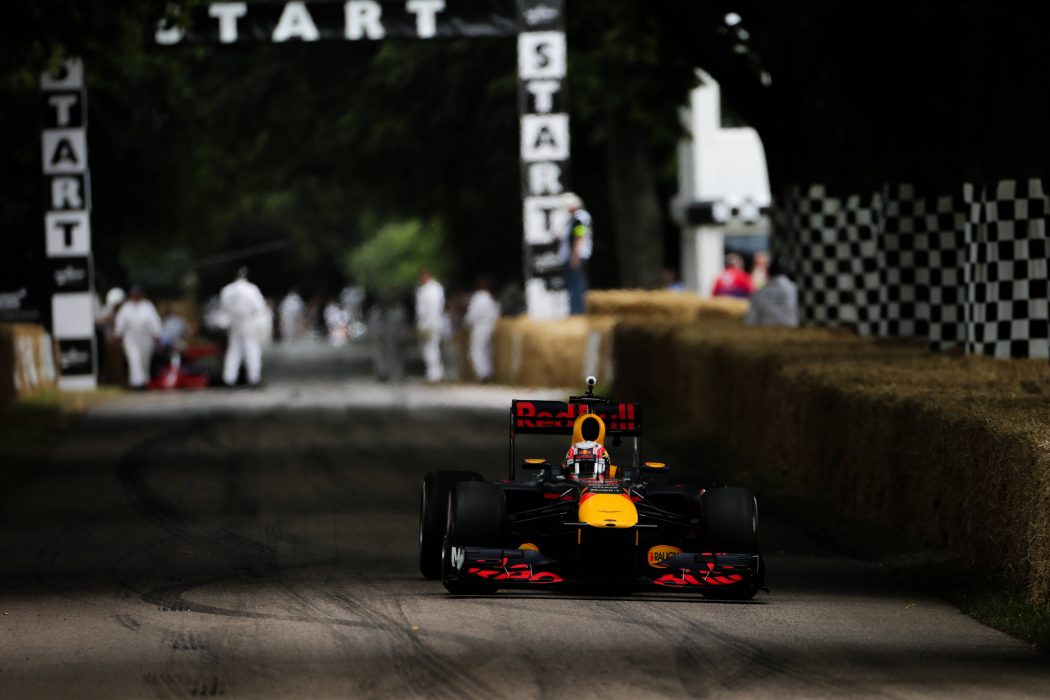 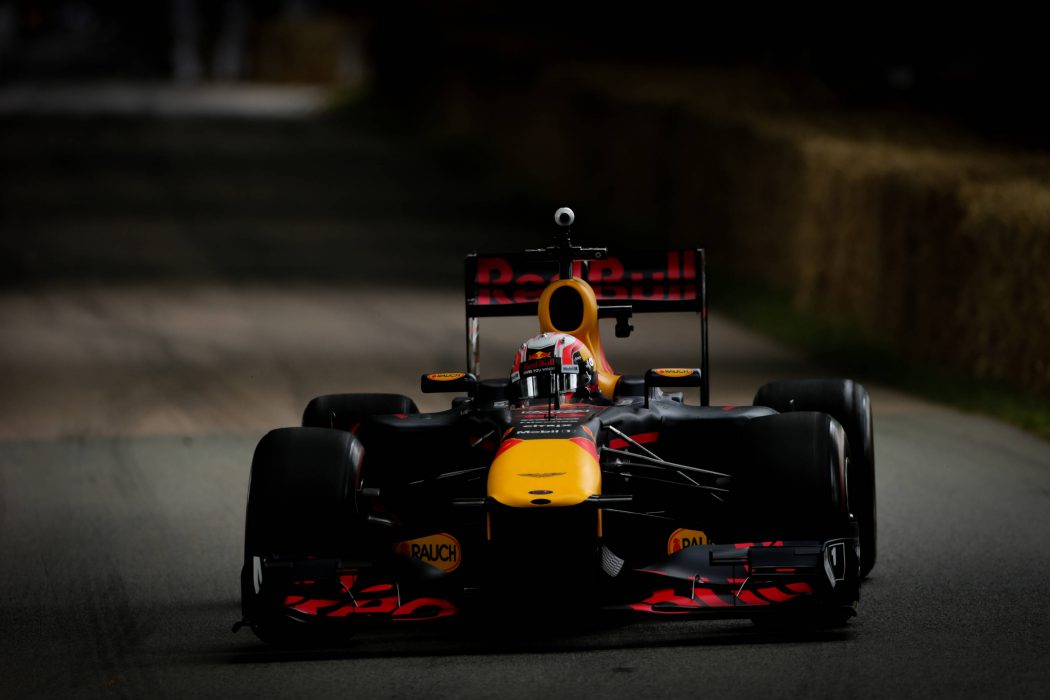 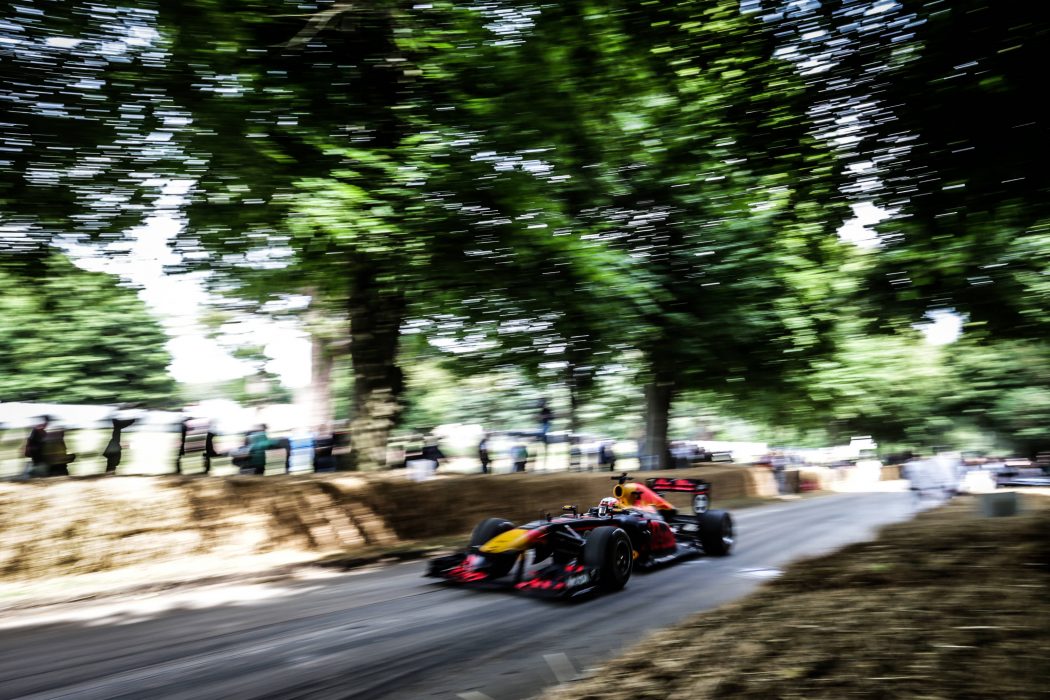 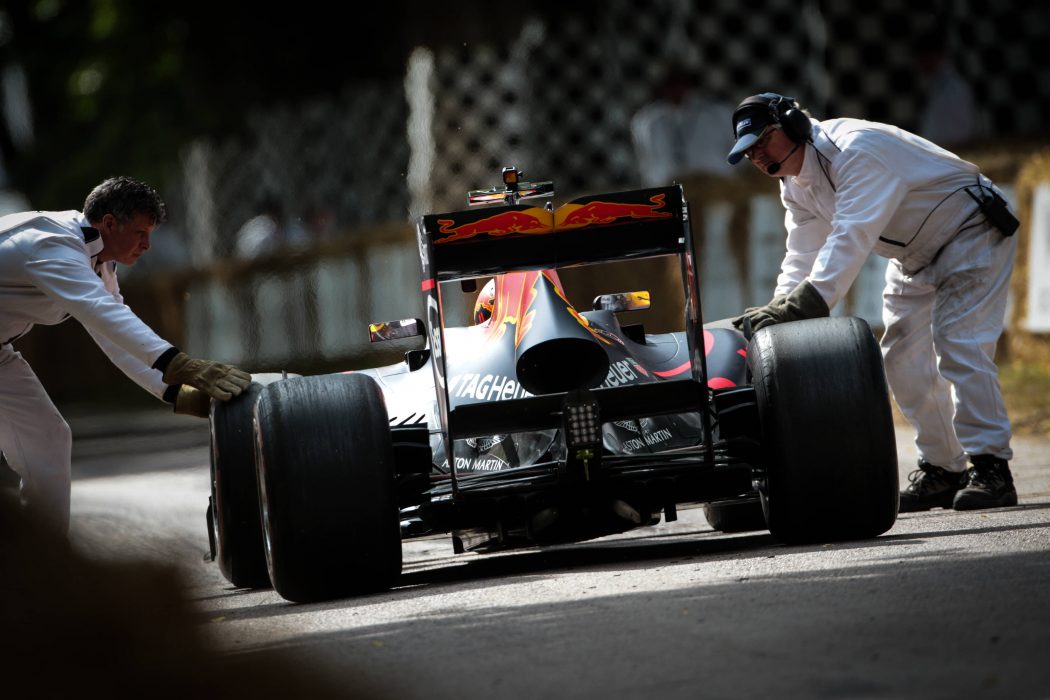 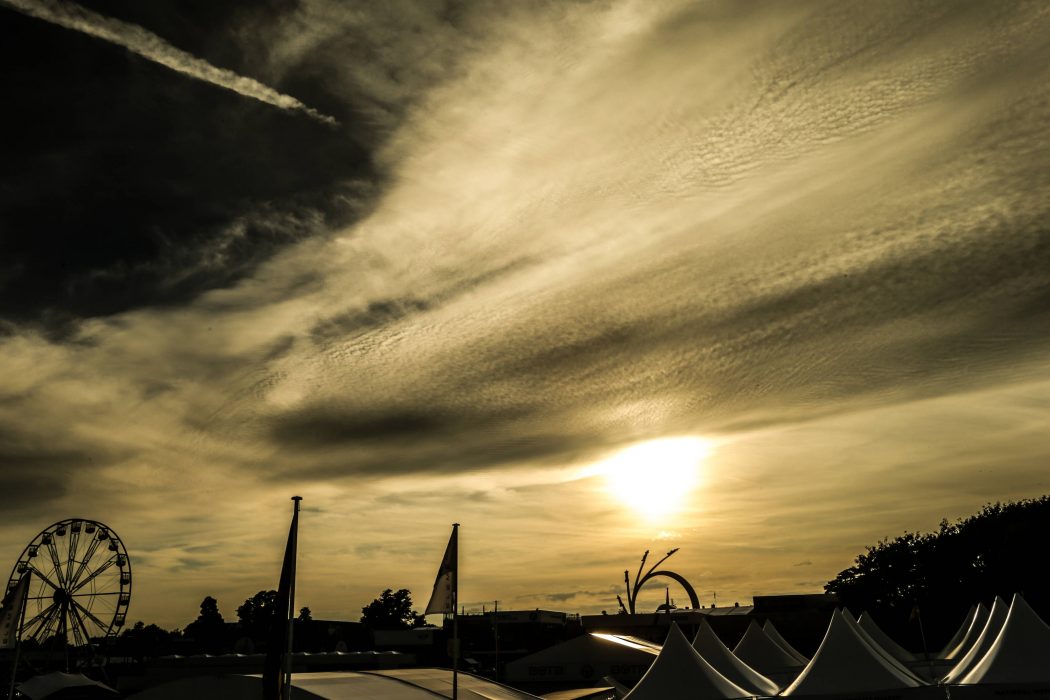 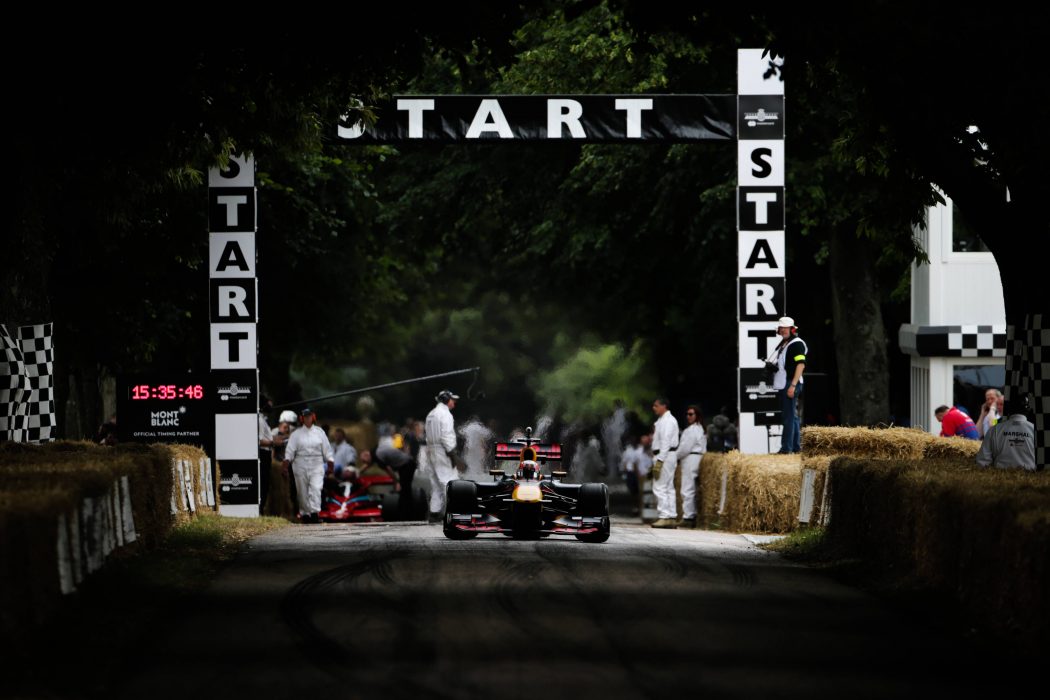 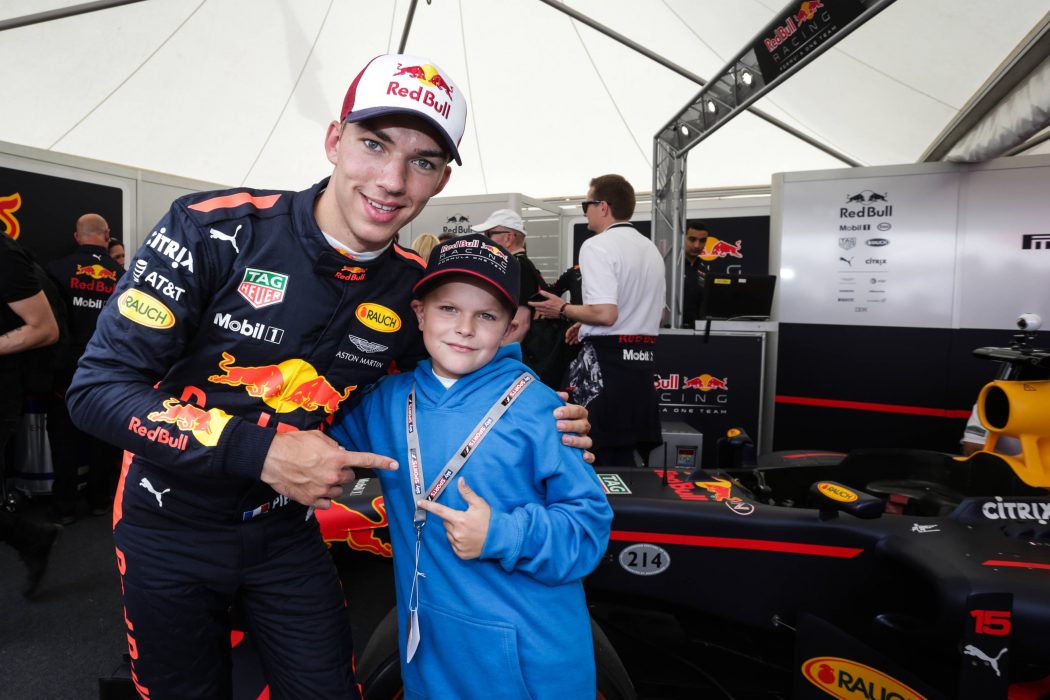 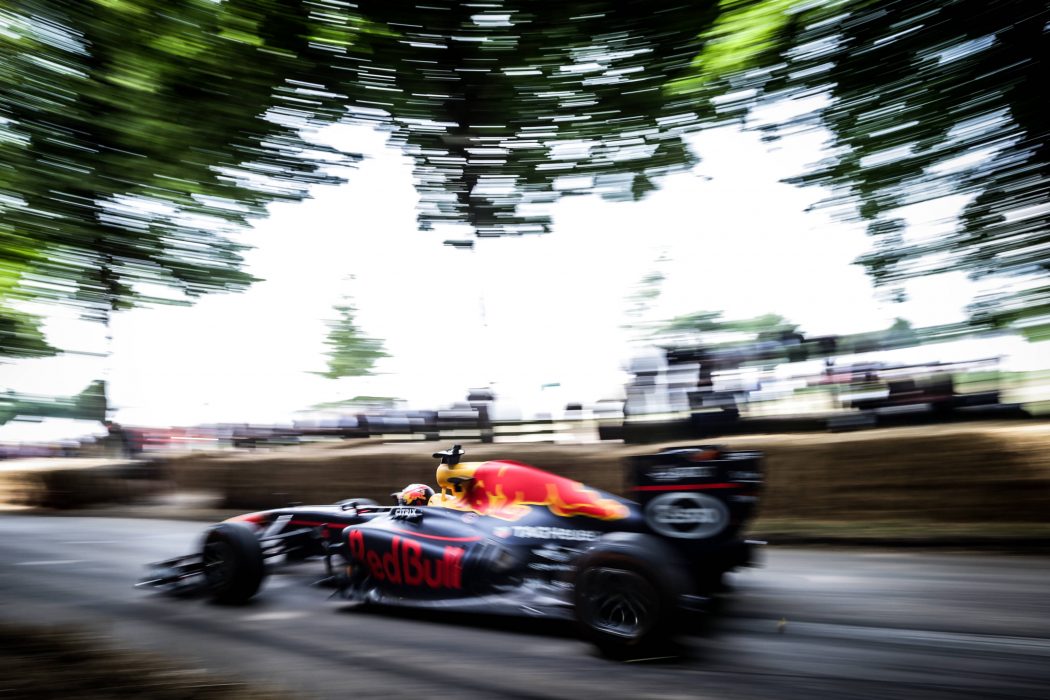 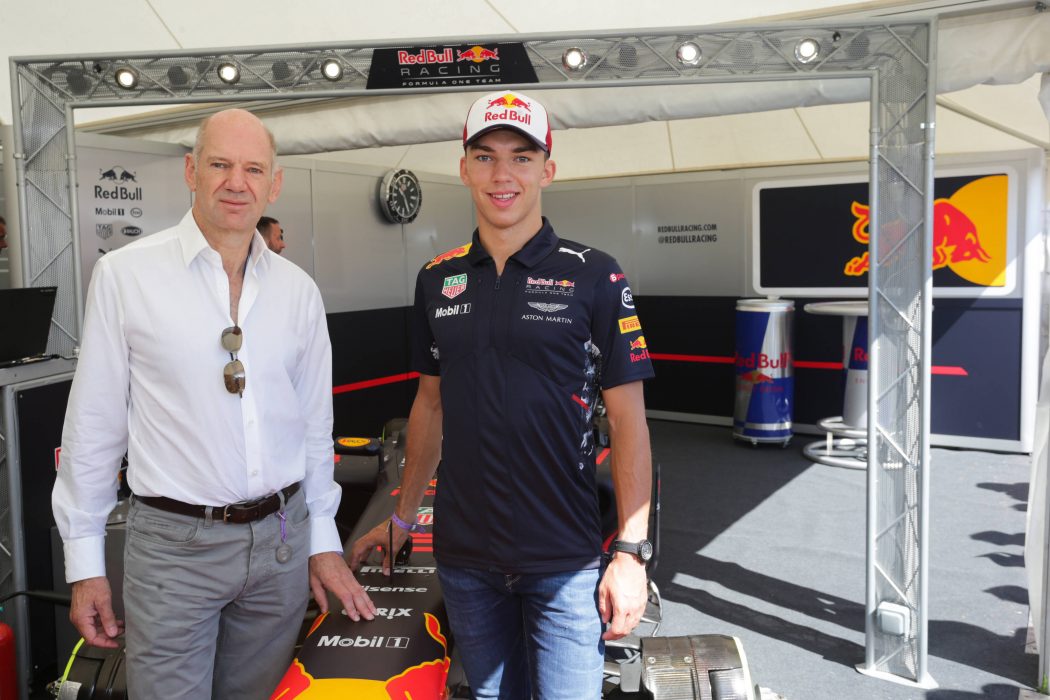 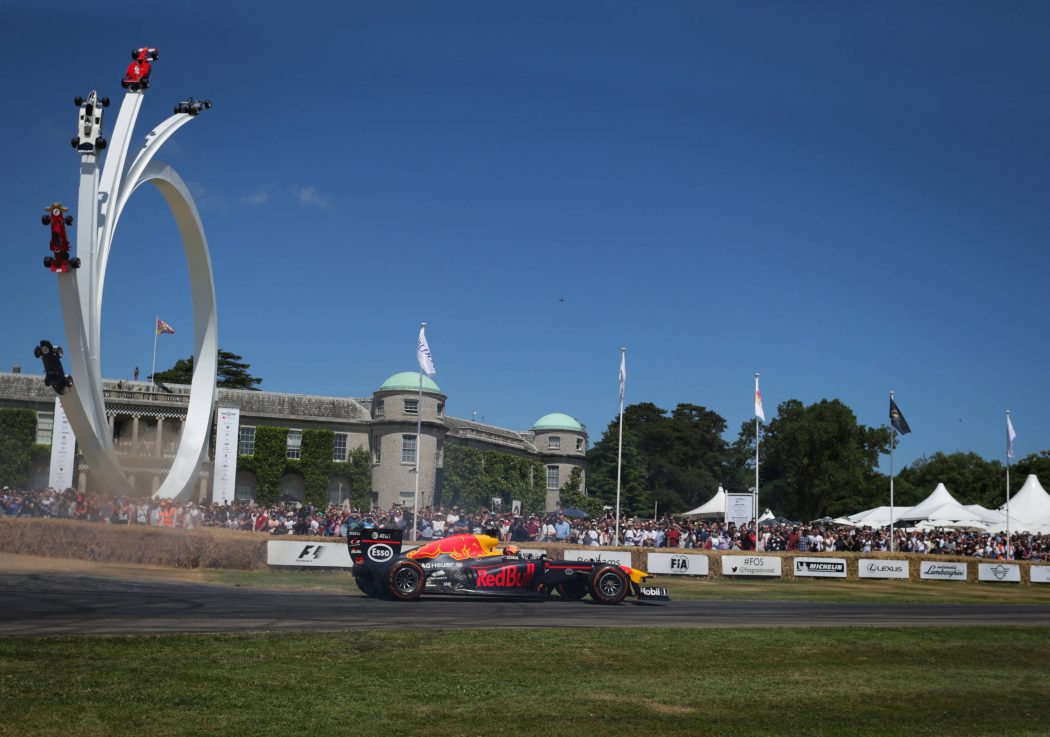 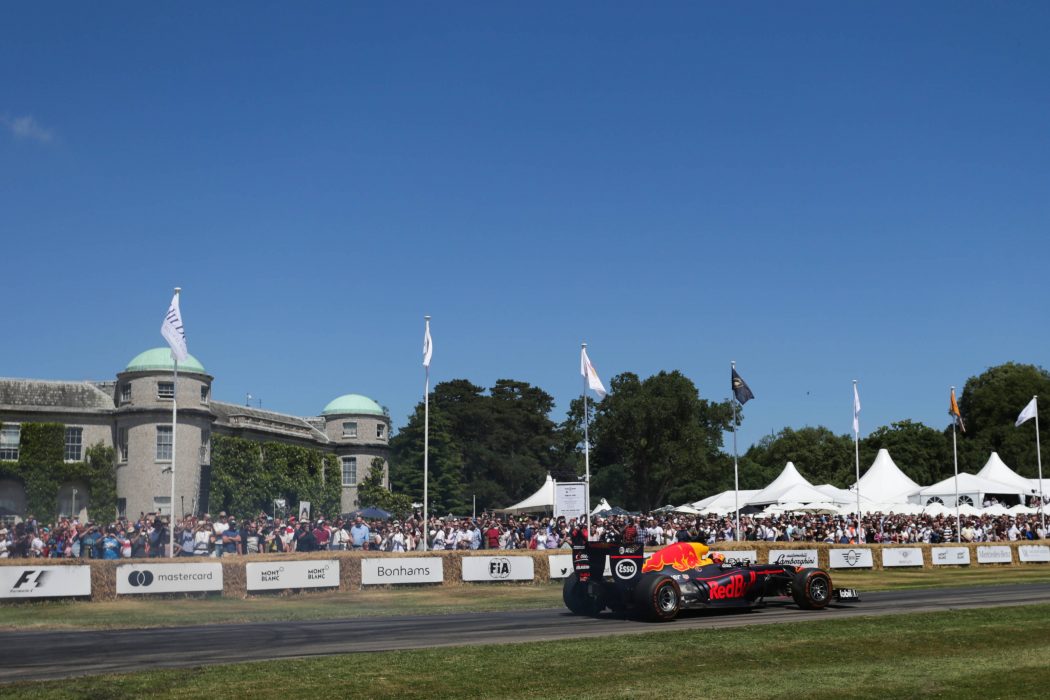 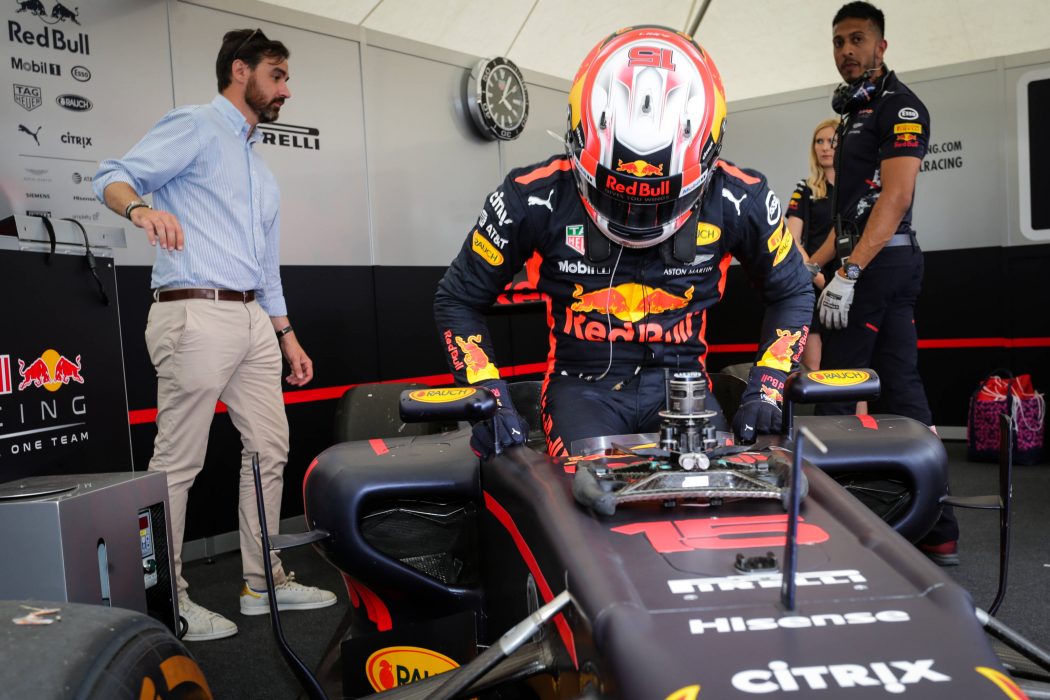 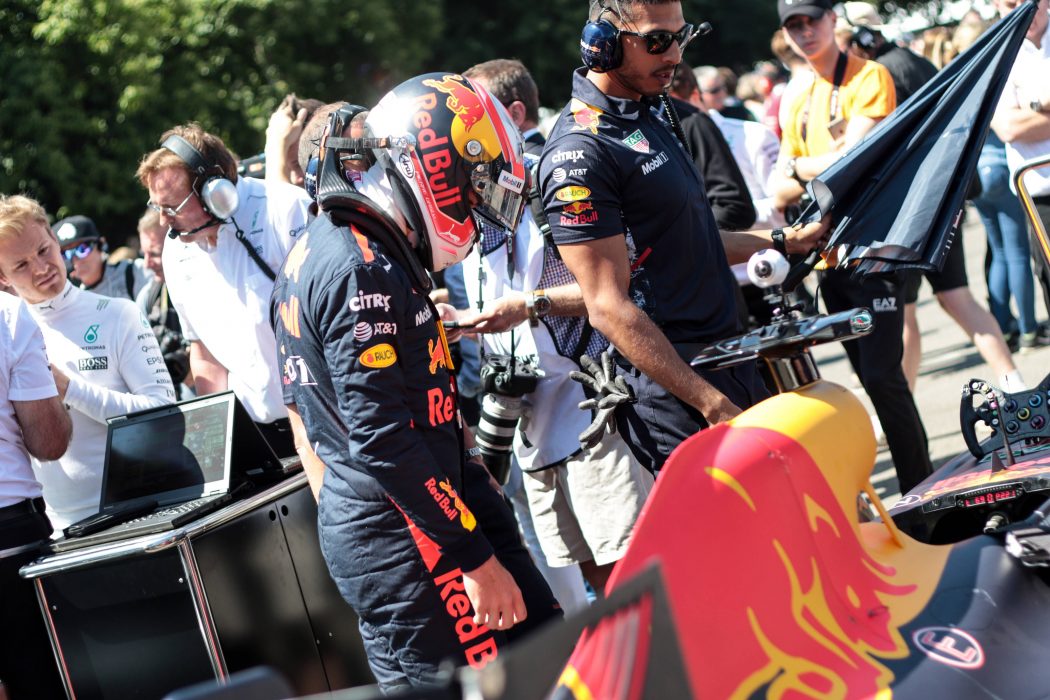 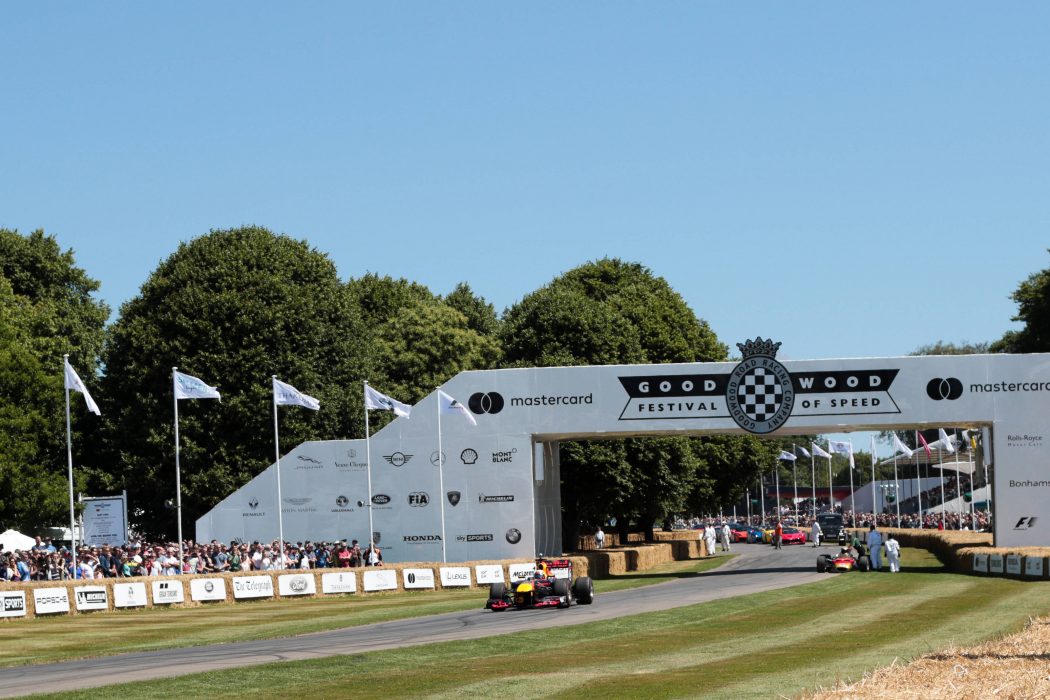 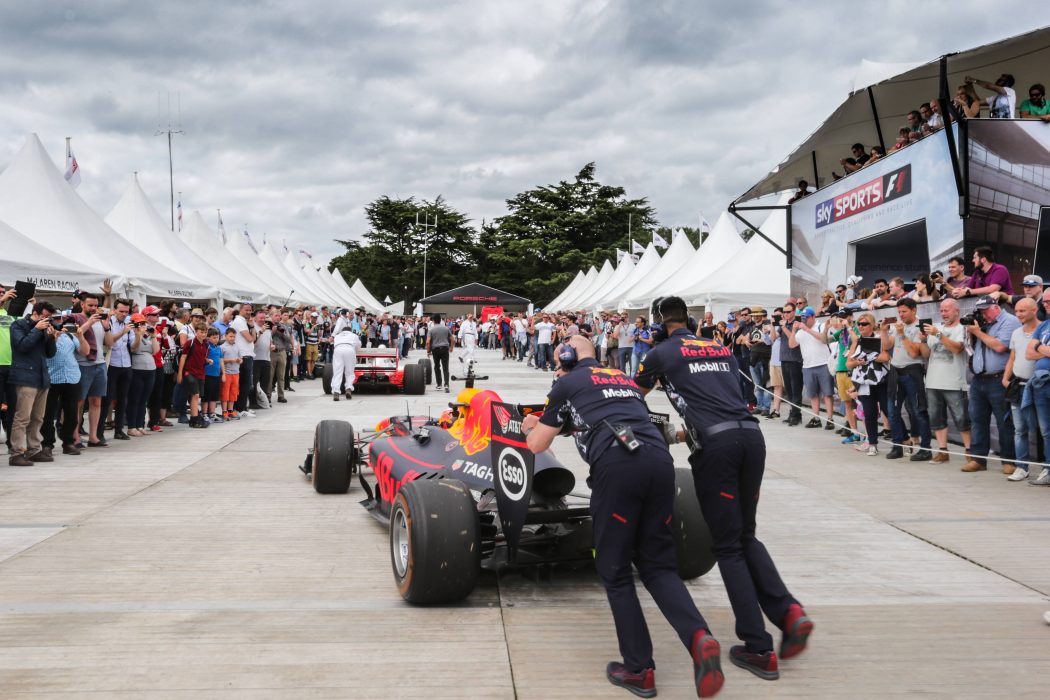 Evening sunlight bathed Goodwood House as the chequered flag fell on the Festival of Speed, sending thousands of happy petrolheads home and requiring the Live Demo team to reluctantly put the RB7 to bed in the transporter after four days of burnouts, selfies and runs up the hill. Lord March’s front lawn has, once again, provided the perfect backdrop for the Festival of Awesome. Glorious Goodwood indeed.

We’re obliged to say that Grands Prix are the pinnacle of motorsport but for the sheer spectacle of all things horsepower, the Festival of Speed runs them pretty close. From the impeccable Cartier Lawn to the mud of the Forest Stage, Goodwood is the broadest of broad motorsport churches – and we’ve always adored getting our toys out to play.

“I think this is 12… or 13?” says Dave Boys, Race Team Build Manager. “I love coming here because it’s such a great event. It gives fans the chance to get really close to the cars and chat to the drivers which, unfortunately, just isn’t something you can do at the grand prix. This is a really good family event: everyone wants to see the RB7 and chat to the team and we get to have all the kids come in and have their photos taken with the car, which is great.

“The only challenge is the sheer amount of people! It’s sold-out every day and making your way through the crowd with the car can be difficult – but as a massive motorsports fan myself, it’s wonderful to see all of the cars on display and be able to see the development of the technology from the 1930s up to the present day.”

This year the Festival of Speed organised the F1 cars in a pitlane-style arrangement, albeit with rather more straw bales than catch-fences on display. We had Pierre Gasly on duty, piloting the double 2011 championship-winning RB7 and giving the Red Arrows a run for their money by giving the big V8 full beans, much to the evident delight of the younger members of the audience (and quite a few of the older ones too). Pierre did two runs each day, lashing of donuts and a good dollop of autographs in between.

“This is the third time at Goodwood for me – and each one is more amazing than the last,” said Pierre. “Everything is exciting: driving the RB7 is an honour, catching up with friends is cool, seeing so many cars, bikes, trucks… so many passionate people here and all able to get right up close to the cars. It’s all just so really, really good!”

There was lots more Red Bull on show at the Festival of Speed: Dougie Lampkin, Sam Sunderland, Mad Mike and Matt Jones were strutting their stuff – though all of them also dropped by the garage for pictures with Pierre and the RB7. We also had Karl Wendlinger driving his 1995 Sauber C14 in its original Red Bull livery – though Pierre insisted his favourite car on show was Ayrton Senna’s 1991 MP4/6. We’ll forgive him that terrible moment of disloyalty as anyone who doesn’t love the sound of a V12 F1 car probably wouldn’t be allowed into the Festival on principle.

And now onto Austria, Spielberg and the Red Bull Ring – for a festival of a different sort.