Let’s look at the recent changes of PR and promotion of motorsports and talk about what could be done to avoid certain mistakes while making the right decisions for Formula 1’s future.

The most obvious change in terms of Formula 1 PR and promotion now is, obviously, the impact of social media. It is no longer enough to just rely on traditional PR strategies, although they clearly still have a place. The rise of social media has ensured that the motorsport audience is as informed and media-savvy as it has ever been, so we have to think longer and harder about what kind of content we are supplying media (and as a result the motorsport audience) with – bland, safe, overly-curated messaging will no longer have the same impact it would have done and in fact can damage a client’s perception amongst the audience who know when they are being spoon-fed a ‘PR’ story. The aim therefore is increasingly to find ways to engage directly and honestly with the motorsport audience. The word ‘conversation’ is increasingly important in PR in general, and particularly in motorsport, where so many fans have made such a strong emotional investment, they want to feel included in as many ways as possible. In short – talk to your audience, not at it. Find out what conversation your client wants to have with its audience and then find the right way to engage the audience in that conversation.

The word ‘conversation’ is increasingly important in PR in general, and particularly in motorsport, where so many fans have made such a strong emotional investment.

There are some great examples of this in motorsport currently, where the likes of Mercedes are constantly speaking to their large following and finding ways to involve them in the conversation. Similarly, one of our own clients, Circuit of The Americas (COTA) is constantly running online activities to engage its growing fan base such as the #COTALEWIS15 competition held last year, whereby four lucky fans won an all-expenses-paid trip to Austin to meet Lewis Hamilton at the 2015 United States Grand Prix. The response from the Mercedes and COTA fan base to this competition was incredible and showcased a shared passion for motorsport on the part of both COTA and the fans. This helped further strengthen the bonds between brand and audience. Furthermore, the @circuitamericas Twitter feed is growing its own very loyal following as a result of its constant, humorous and passionate engagement with its audience. It even has it’s own catchphrase – ‘time to make the tweets’ – which we are pretty sure is a first among Formula 1 circuits.

Furthermore, the rise of social media allows us to offer motorsport fans new, exciting and thoroughly engaging and visceral content that goes way beyond the traditional forms offered to them in the past. The phrase ’Content is King’ exists for a reason and when it comes to motorsport, there is no shortage of available content with which to engage audiences, old and new. Motorsport generates truly awe-inspiring visual imagery that sets pulses racing and makes people want to share this with their friends. It is therefore incumbent upon us to enable fans to directly engage with this content whenever they can, wherever they want. Never before has it been easier to create and share such content with millions of people around the world, never has it been easier to tell a story to each other with such ease and clarity and at such regularity.

Working in Formula 1 is certainly a great pleasure, an experience that is hard to compare with any other sport. This sport and its industry in itself is truly unique – there are very few, if any, sports that operate in such a distinctive manner where the sport’s regulatory and commercial arms travel the globe in tandem with its actual proponents (teams and drivers), an army of hospitality and sponsorship personnel as well as approximately 500 international journalists! There really is no place like the Formula 1 paddock!

While the aforementioned parties do of course work to different agendas at times, the overall feeling in the paddock is one of fraternity and of deep respect and love for the sport – something that truly makes any PR’s job a lot easier. Ultimately, we all want the same thing and that is to continue to help this motor sport grow and resonate with a modern audience. 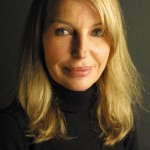 Katja Heim is the founder and CEO of KHP, an integrated marketing communications agency that develops and implements strategic solutions for some of the world’s most famous brands and specialises in motorsport, especially Formula 1.