Horner confirms relationship for 2019 and 2020 ahead of French Grand Prix.

Aston Martin Red Bull Racing Team Principal Christian Horner has hailed the new power unit deal with Honda Motor Co Ltd that will see his cars use the Japanese manufacturer for 2019 and 2020.

Honda will replace Renault as the driving force behind their Formula 1 title ambitions after 12 years and eight world championship titles with the French manufacturer, while the team will continue to race under the name of Aston Martin Red Bull Racing.

This multi-year agreement with Honda signals the start of an exciting new phase in Aston Martin Red Bull Racing’s efforts to compete not just for grand prix wins but for what is always our goal – championship titles.

“We have always taken decisions such as this dispassionately and with only one criteria in mind – do we believe the outcome will allow us to compete at a higher level. After careful consideration and evaluation we are certain this partnership with Honda is the right direction for the Team.

“We have been impressed by Honda’s commitment to F1, by the rapid steps they have made in recent times with our sister team Scuderia Toro Rosso (which started in 2018), and by the scope of their ambition, which matches our own. We look forward to working with Honda in the coming years and to racing together in pursuit of F1’s biggest prizes. 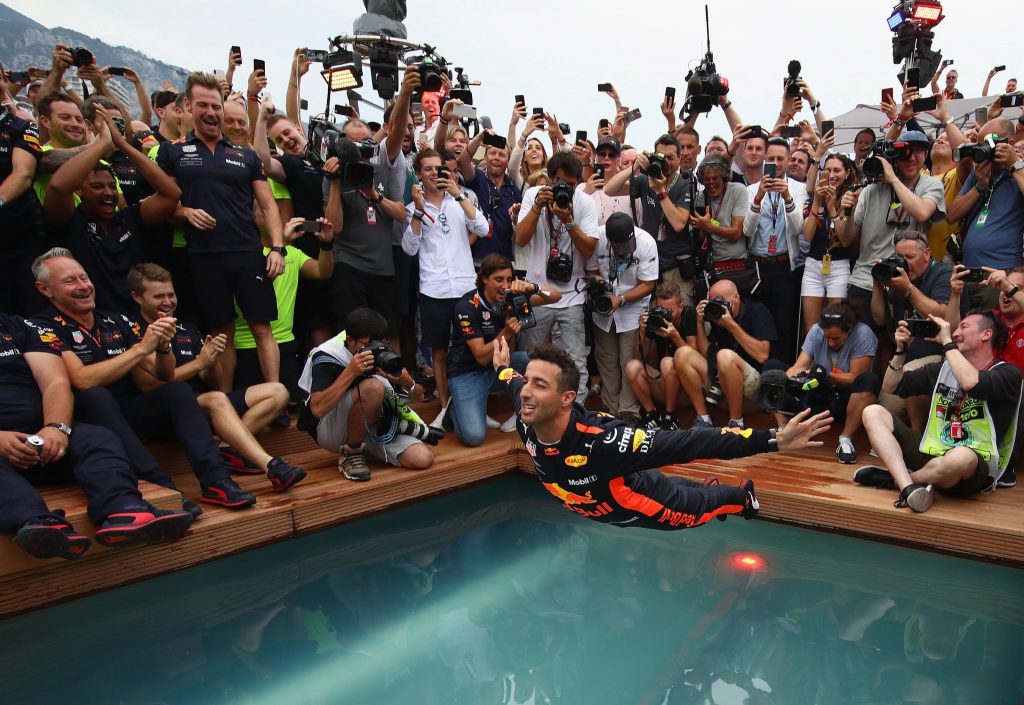 “We would like to thank Renault for the past 12 years, a period during which we experienced some incredible moments together. Our focus for the rest of this year is still very much on delivering the best results possible in the 2018 Championship.”

Takahiro Hachigo, President & Representative Director of Honda Motor Co., Ltd. said: “Having established a good relationship with Scuderia Toro Rosso, we have decided to extend our Formula 1 involvement to the other team in the Red Bull family, Aston Martin Red Bull Racing, as from the 2019 season.

“Having two teams means we can access twice as much data as previously. We believe that working with both Toro Rosso and Red Bull Racing will allow us to get closer to our goal of winning races and championships, building two strong partnerships.”