How to control your online persona like Lewis Hamilton

Over the years, Lewis Hamilton has become a household name even to those who do not follow Formula 1 news, including people like my own grandfather. Lewis is one of the best drivers of our generation, but he also has managed to actually transcend the sports industry in many ways. Some of Lewis Hamilton’s best practices are fairly easy to apply for your brand, company or even yourself.

Not many athletes or celebrities have launched an official website as they tend to depend on their social media pages. It’s true that we’re living in the age of Instagram, but your followers, and specifically potential business contacts, will prefer to refer to a solid website. The reason is social media could get quite noisy and messy in one way or another. Therefore the best strategy is to set up a website that introduces you to the public, provides an official contact channel and constantly gives updated news about your career. It’s basically like maintaining an interactive online CV.

Sponsorships are a big source of revenue and visibility to public figures. However, many tend to sign numerous contracts which burn their image and business credibility. Don’t be like Cristiano Ronaldo who basically says yes to any brand. Hamilton’s current endorsement deals with Puma sportswear, Monster energy drink and Bose music gadgets are such a success because they fit perfectly within the Lewis Hamilton universe.

Interact with your audience and be yourself

Don’t let your publicist run your social media pages. Sure, you will need his/her advice every now and then, but make sure to put yourself in control. Lewis frequently runs fan competitions which create buzz and proximity with his audiences. Also, his photos on Instagram are not just press releases and picture perfect images – he often publishes backstage photos and personal ones, like those of his infamous dogs with light and fun captions.

Nothing elevates a public figure’s image more than humanitarian work. Think of Angelina Jolie who transformed herself from Hollywood bad girl to global philanthropist. Lewis’s collaborations with UNICEF portray his CSR (corporate social responsibility) side. By doing so he’s breaking the stereotype of an athlete through toning down the materialistic and glamorous part of being an A-lister. 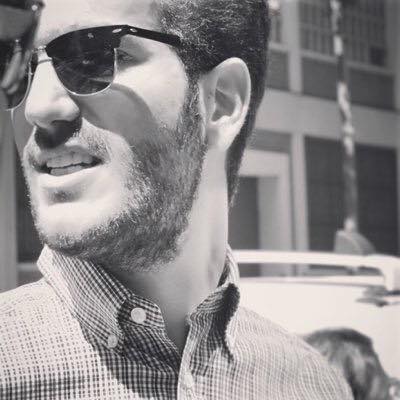 Victor is a Paris/Monaco-based project manager specialized in international communication and marketing. After having worked at the headquarters of global firms in the luxury industry, he currently works as a fashion consultant. His mission is to find the right balance between a brand’s digital and offline presence. In his spare time Victor enjoys writing feature stories for lifestyle publications.