Formula 1 will open the 2018 season with the Rolex Australian Grand Prix in Melbourne on March 23-25. With 21 weekends scheduled within a nine-month period, this season’s number of races has only ever been matched once in the pinnacle event of motor sports – in 2016. A series of new features relating to technology and regulations augur well for very exciting races and new lap records.

At the beginning of the season, DHL and Formula 1 are announcing an extension of their global partnership, which has existed since 2004. Within the framework of the agreement, DHL remains the Official Logistics Partner and becomes the first official partner of the F1 eSports Series. Other joint initiatives are also planned, including fan festivals in core and growth markets of Formula 1, as well as new digital formats. Furthermore, DHL will continue to present the DHL Fastest Lap Award and the DHL Fastest Pit Stop Award, two prizes for exceptional performances by racing drivers and teams.

“As logistics partner, DHL is in charge of the complex shipping of Formula 1 vehicles and equipment. The brand is therefore an integral component of this highly emotional sporting and entertainment experience with global reach,” says Arjan Sissing, head of Corporate Brand Marketing at Deutsche Post DHL Group. “As the first official partner of the F1 eSports Series, we are very pleased to accompany Formula 1 on its digital journey and to actively contribute to the expansion and emotionalization of the product range for fans.”

Sean Bratches, Managing Director, Commercial Operations at Formula 1 said: “I am delighted we have renewed and reinforced our long-term commitment with DHL, the official logistics partner of Formula 1. Our sport is very fast-moving, where precision and punctuality are ingredients. These attributes are also central to DHL, and this is a guarantee for the ongoing success of this relationship.”

At the same time, the DHL Global Forwarding, Freight division is announcing the acquisition of DOT (Delivered On Time). The UK-based company has more than 80 years of experience as a full-range provider of logistics solutions, specializing in motor sports, TV and broadcasting as well as international events.
“The acquisition of DOT provides growth and produces a series of synergy effects, for example, in our range of services for Formula 1 and Formula E,” says Thomas Nieszner, President and Global Head of Motorsport DHL Forwarding, Freight. With this acquisition, DHL is complementing its comprehensive service portfolio and further expanding its leading position in motor-sports logistics.

Many new features in 2018 Formula 1 season
The coming Formula 1 season will have many new features from a technical perspective as well. Among the most significant innovations is the introduction of the cockpit protection device “Halo.” The titanium structure above the cockpit has been introduced to protect the drivers from head injuries. Some changes have also been made to the tyres for the coming season. With the two new tire compounds “Hypersoft” and “Superhard,” the teams now have nine different options at their disposal, including rain tyres. In addition, all compounds will be one grade softer. Due to this choice and the performance improvement determined by car developments, it is expected to see lap times to be about two seconds faster this season: more chances to see new track records. 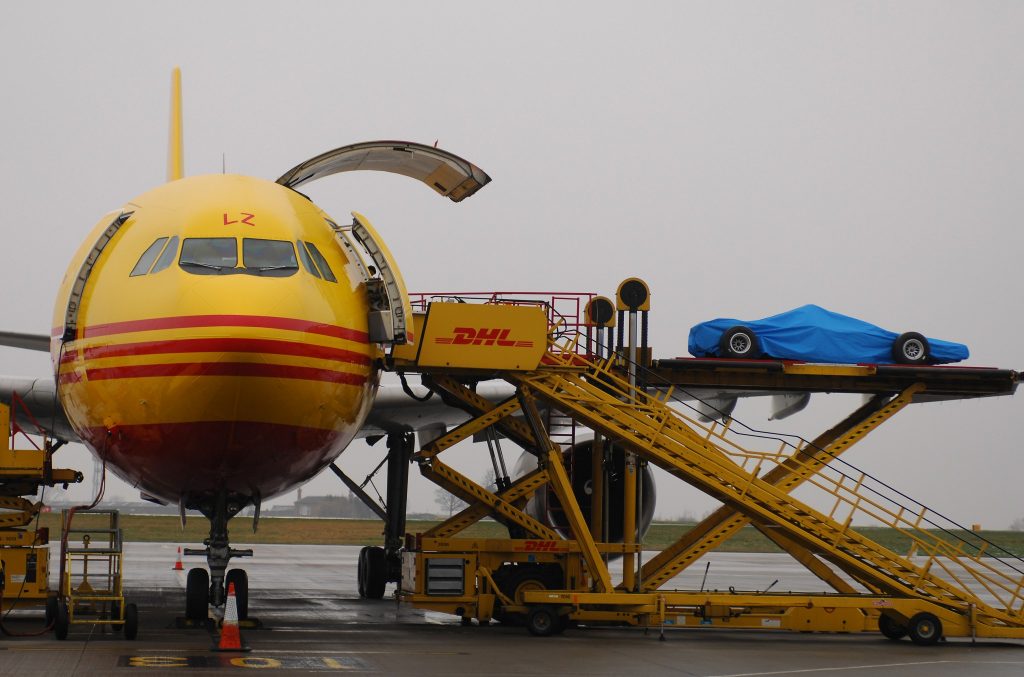 The race calendar has also seen a few changes since last year. The French Grand Prix, which was last held in 2008, is returning. The race will take place on the Circuit Paul Ricard in Le Castellet, which last hosted Formula 1 in 1990. Hockenheimring will also return to the program after a break last year and stage this year’s German Grand Prix. By contrast, fans will have to forgo the Malaysian Grand Prix for the first time since 1999.

DHL Awards provide additional excitement
For more than 35 years, DHL has made sure that the “race behind the race” runs smoothly at all times. This year’s race calendar contains one special challenge for the logistics company: For the first time in Formula 1 history, races will take place on three consecutive weekends. After the French Grand Prix on June 24, racing will move to Austria the following weekend and then directly on to the United Kingdom. “With more than 35 years of experience in Formula 1 logistics, we are perfectly equipped for this challenge and will ensure that everything runs reliably and on time at each race venue, even with such a tight schedule,” says Thomas Nieszner. Every year, DHL organizes the shipping of up to 2,000 tons of freight to the Formula 1 racetracks, including cars, replacement parts as well as marketing and hospitality equipment. In doing so, DHL relies on the most environmentally friendly, multi-modal transport solutions possible, preferably using land and sea freight.

As in previous years, DHL will present two awards again this year after the last race in Abu Dhabi on November 25, providing additional excitement during the season. The DHL Fastest Lap Award has existed since 2007 and is conferred to the driver who has achieved the greatest number of fastest laps during the season. Last year, the award went to Lewis Hamilton. The DHL Fastest Pit Stop Award has been presented since 2015 and honors the team that has consistently impressed with the fastest pit stops. In 2017, the Mercedes-AMG Petronas Motorsport team took home the award. Both awards provide additional incentives for top performances in the pinnacle event of motor sports and are keenly followed by Formula 1 fans.