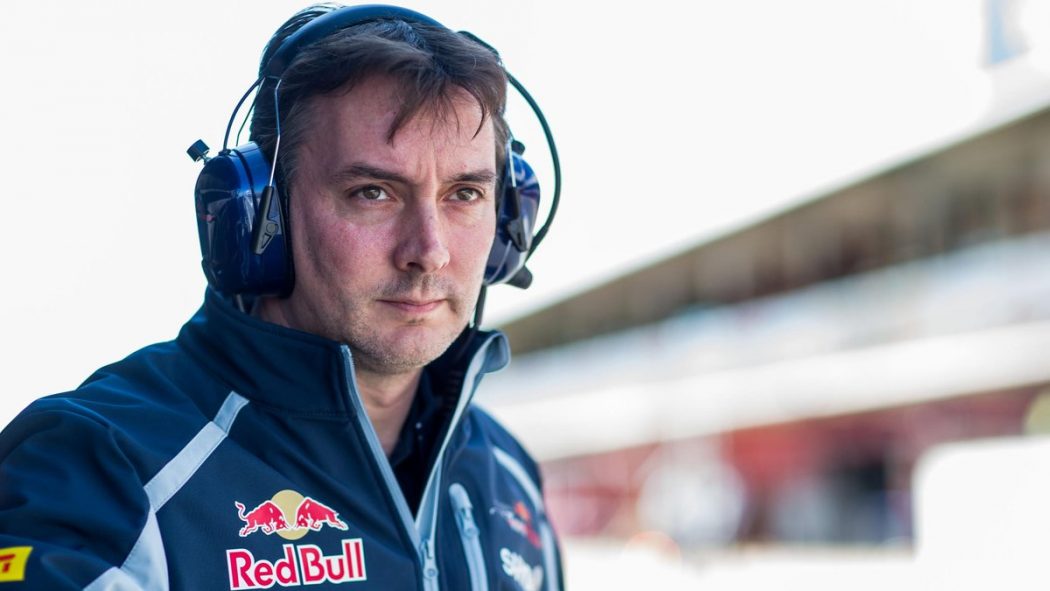 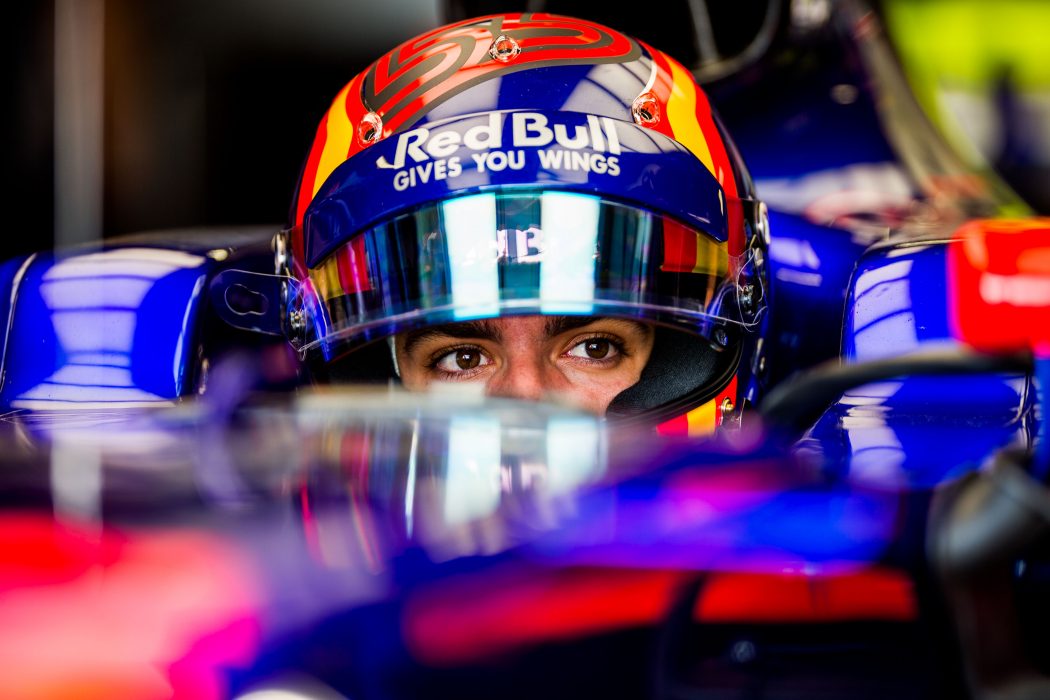 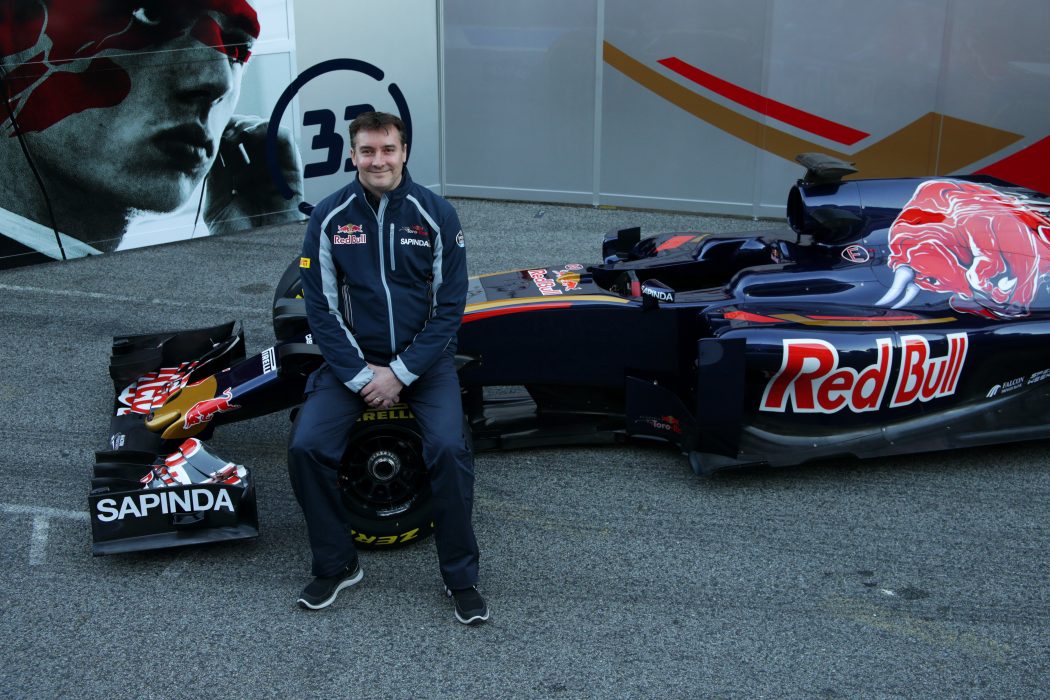 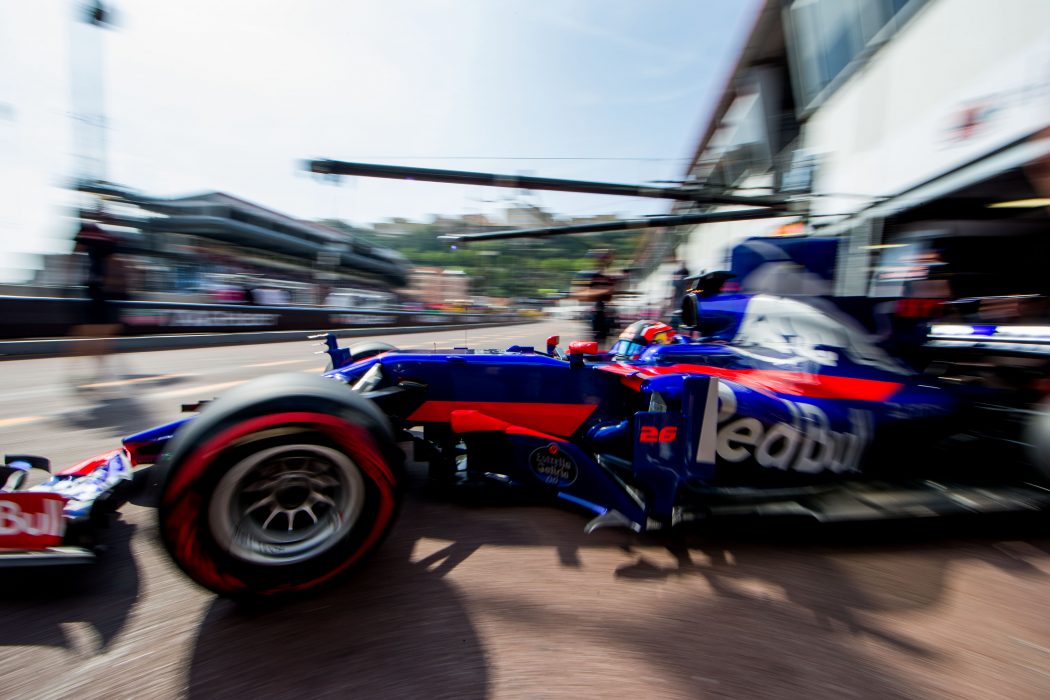 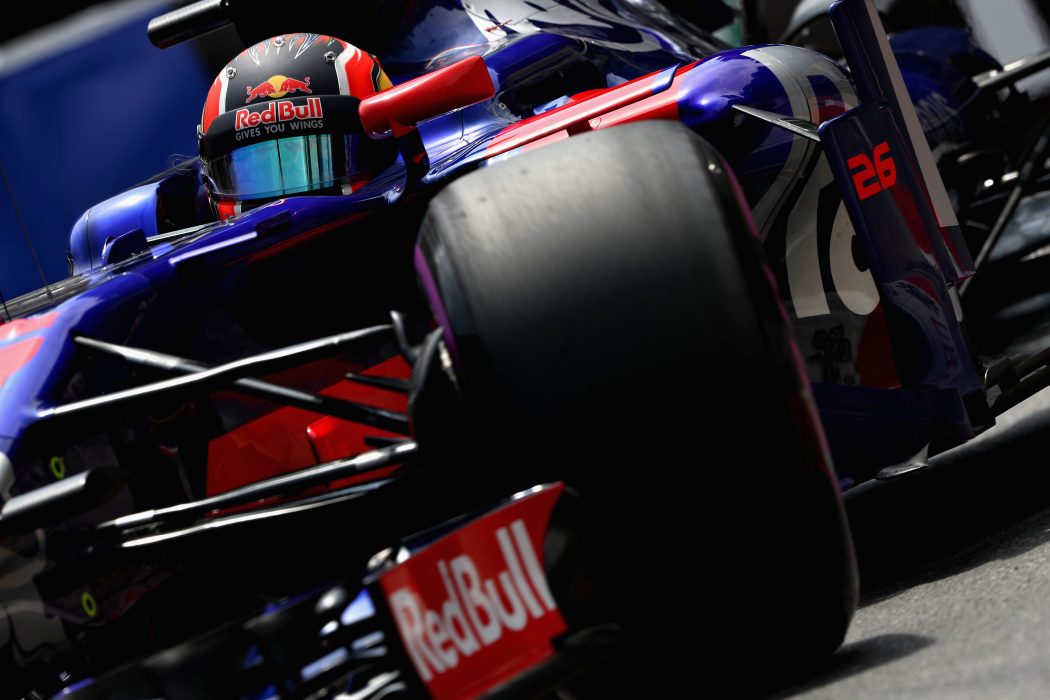 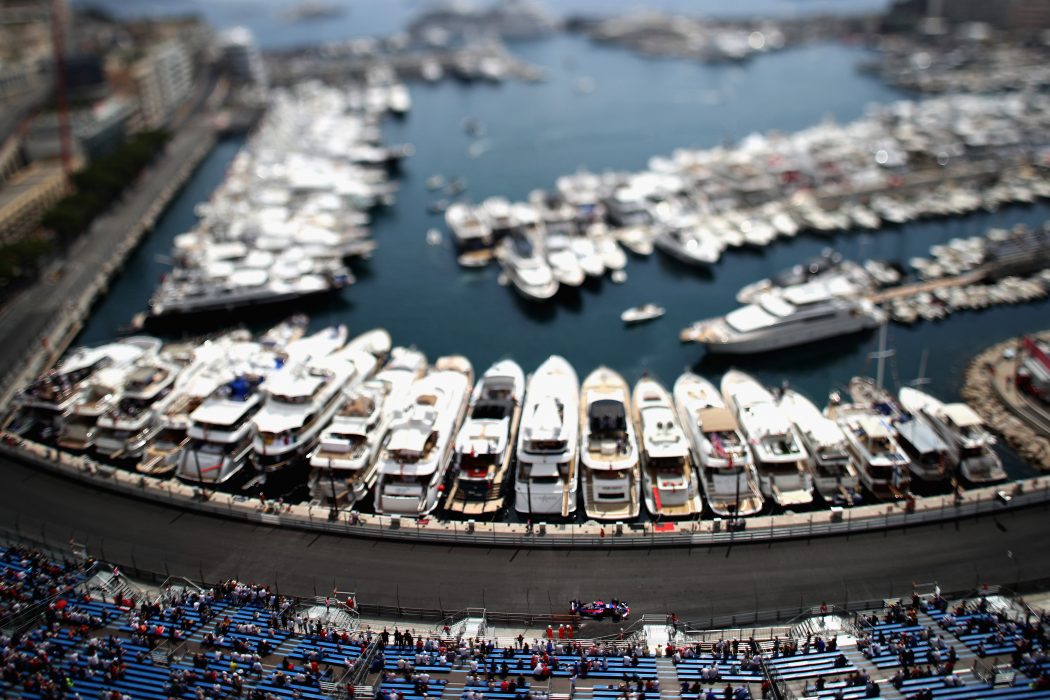 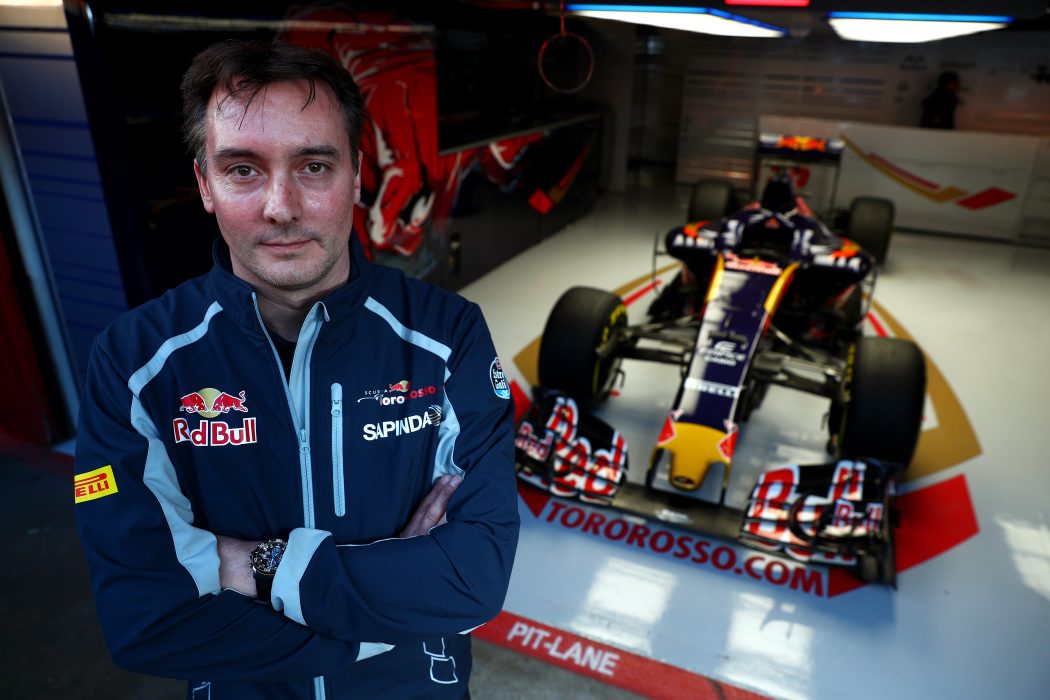 After graduating at Nottingham University, James Key worked for Lotus Engineering. He then got hired by Jordan Grand Prix in 1998 as a data engineer and later as a race engineer. He also worked in the wind tunnel before becoming head of Vehicle Dynamics. He started the position of Technical Director in 2005 and retained this role as the team became Midland F1, then Spyker and Force India. In April 2010, he switched to Sauber, where he stayed until 2012, when finally moving to his current team Scuderia Toro Rosso as their Technical Director. We sit down for a talk with him about the racing industry and where it might be going.

James, STR was seventh last year and now you’re in sixth place so far. How close to the top three do you feel at times and is being there in the near-future plans?

Every team, regardless to where it is on the grid, wants to win races. For some teams, obviously, that’s more realistic than to others because of the larger budgets, but everyone is here for that sole purpose. Of course, we’re doing everything we can to be as fast as possible, however in reality we would like to keep fighting in the top five and hopefully finish here at the end of the year.

Mercedes and Ferrari have definitely taken a bigger step towards winning this year, Red Bull is somewhere in between so far, and STR is in this group of teams that are behind the top three leaders. This group is very close together yet the objective of each team is to break away from it. There aren’t many competitors here since the teams in front are still very quick, so you’re basically working on strategies how to catch them.

How has joining this team changed the way you personally work, compared to Force India or Sauber?

It was quite an interesting experience for me because I’ve worked in the UK, in Switzerland and now in Italy, so I’ve worked in every country which now hosts Formula 1 teams. I can say that the plan is almost always the same everywhere – to be as competitive as you physically and mentally can be. My experiences at Force India and Sauber were certainly different to the ones at STR at the moment, but all that lies in the approach to the mentioned plan, depending on how well the team is performing, what are the financial circumstances, what’s the situation inside the team and how do the departments interact with each other.

Teams based in the United Kingdom have a similar circulation of people and a quite analogous approach to operating, therefore you can really learn an awful lot by working elsewhere. Your new team might in some ways be better to what you’re used to and in others not that much, but in the end you do have to change the way you work a bit because one simply has to adapt to the strengths and weaknesses of the current team.

Teams based in the United Kingdom have a similar circulation of people and a quite analogous approach to operating, therefore you can really learn an awful lot by working elsewhere.

Compared to 2016, were there many strategic changes in the way STR would operate in 2017?

Yes, absolutely. To give you a few examples, our guys got a lot better at pit stops and the car we had to design according to the new regulations of 2017 was a completely different model compared to 2016. Don’t forget the tyres as well, we had to put in a lot of work there. Overall, new regulations of such scale typically mean more than enough strategic changes within the team.

Personally, what have you noticed in the sport since the takeover by Liberty Media?

I’d say there’s much more fan interactions now – this is a big step forward. Also, the new regulations resulted in cars looking better and being faster, which triggered a positive response by many fans around the world. It’s great that so far we don’t have a single dominant team, and we now even have different types of competition in the sport.

With a growing strength on social media, there’s more information on Formula 1 out there and people seem to be talking about it more. The enhanced live experience at circuits is a nice addition too.

Is the image of STR changing over the years?

It definitely is. STR was originally set up to support the Red Bull driver programme and that’s still one of the main functions of the team, but recently it has been becoming more of a team in its own right – STR’s image has been transforming into a one of a racing team with fresh ideas and better results, a team that’s definitely more attractive for the people inside and outside the industry.

It’s truly important for us to have a distinctive image for our fans. Since I’ve been here, STR has matured and I’d say it has a solid identity now.

With a growing strength on social media, there’s more information on Formula 1 out there and people seem to be talking about it more.

Are you happy with the calendar of 2017 and would you change something in 2018?

Yes, I’m happy with it since the calendar fairly reflects the international scope that Formula 1 has. I personally don’t see any need to modify it compared to what it is now, but if we’re going for more races in the future, we will certainly need more staff. I believe the calendar of 20 or 21 races is just right for the way most Formula 1 teams are set up right now.

Where, do you think, the sport will be in five or more years in terms of technology?

Formula 1’s technological development is very much dependent on the regulations, and since we can’t tell what the regulations will look like in five or more years, it’s very difficult to predict where we might end up in terms of new technology. From an engineering point of view, everyone inside the teams is very excited about the current challenges and what turns will the hybrid era take next. We’ve got to find the best compromises between the technology and the spirit of Formula 1, keeping in mind that the sport should remain interesting and relevant for present and potential spectators.

Formula 1 is a human sport, so elements like driverless cars, no matter how fascinating they might be, are not what this type of racing is all about. I do think we’ll see a lot more of digital simulation in five years compared to physical R&D, but a lot of work has to go into that to make it more productive and more accurate rather than just experimental.

Finally, who would you choose as your fantasy Formula 1 team’s Technical Director?

That’s a difficult question! The thing is that Technical Directors didn’t really exist for many years in Formula 1, and if you take people like Colin Chapman or Enzo Ferrari – they weren’t Technical Directors yet they were true pioneers of the sport. So I would hire one of these two guys for my fantasy team because they have created so much of what we do today.