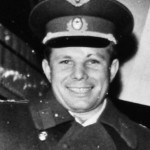 I would definitely choose Yuri Gagarin, the first human to travel into space. As an astronaut, he had strong health, incredible stamina, intelligence, good social skills and patience. Thanks to these qualities, Gagarin had the opportunity to show off that he deserves to become the one. That way, he was able to be the first to look into the abyss of eternity and see the Earth from the side. No doubts he would be the first to see the chequered flag as well. And as I have to choose two drivers, I would just clone Yuri. 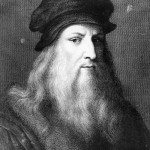 Leonardo da Vinci created first drawings of a self-propelled car around 1478. He was well ahead of his time in engineering, anatomy, music, literature and art. It’s not hard to assume that if he designed a Formula 1 car, it would become a masterpiece of art, relevant for the ages.

Under his command, the team would give the driver of his team an inexpensive, economical and exceptionally efficient car. 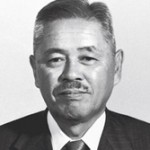 I would trust the leadership to Taiichi Ohno, the father of Lean Manufacturing. The Lean principles went far beyond the realm of car industry. Under his command, the team would give the driver of his team an inexpensive, economical and exceptionally efficient car. 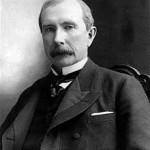 John D. Rockefeller is one of the richest people in history, if not the richest one. The company he established, Standard Oil, was basically a monopoly, so he didn’t have to care much about promotions. Nowadays, advertisement is the engine of trade. That’s why we are going to see Haas F1 team on the starting grid in 2016. That’s why we can assume Rockefeller would become a Formula 1 team owner to grow his empire. I think Bernie Ecclestone would be very glad to have a team owner like John by his side. 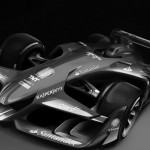 It’s difficult to find a man who wouldn’t want to watch a car like the one proposed by Ferrari as the ‘Future of F1‘ concept. Its looks alone could increase the audience of the whole sport, especially among the youth. And the influx of youngsters is the main problem of modern Formula 1.