Hermann Tilke, “the architect of F1”, is one of four designers recognised by the FIA yet has predominantly been the only one to be commissioned to create Formula 1 tracks. We at Paddock magazine are honoured to get the exclusive Mr Tilke’s Formula 1 fantasy set.

That would be James Bond, of course, Her Majesties agent 007, because he is a true professional, has nerves of absolute steel, a keen eye, does not age, does not make mistakes, takes risks. Oh, did I tell you that he always, always wins? I don’t even need a second driver then. 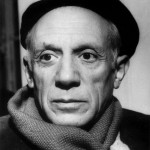 I would choose Pablo Picasso for a very simple reason – he was a genius in reduction to the essential, so the result would be a spectacularly efficient car.

My fantasy Team Principal would be the German chancellor Angela Merkel. I chose her because she is always on the winning side and if not… she waits the situation out.

Steve Jobs, no doubts about it. In my opinion, he stands for innovation, being one step ahead, going to the edge. His unusual approaches, dedication and creativity would guarantee financial independence to the whole team. 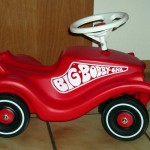 My car would be the Bobby-Car. It has a timeless design, is basically unbreakable, it’s undoubtedly effective and it runs on every tarmac track.