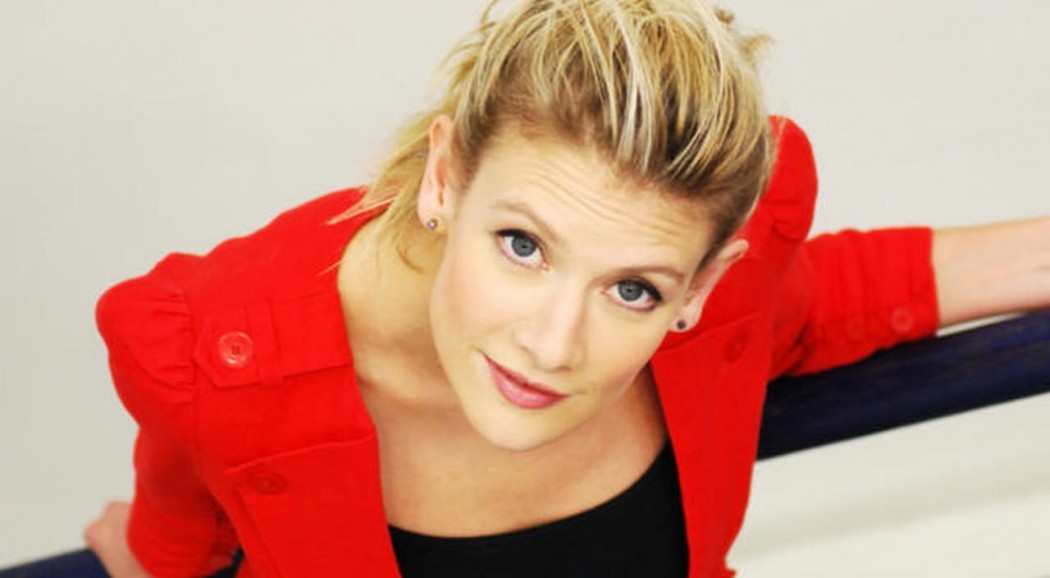 Jennie Gow, a recognised and celebrated broadcaster, reports and presents sport for some of UK’s leading television and radio companies. She gives Paddock magazine a taster of what her usual Formula 1 race Sunday looks like.

7:00  Depending on where we are staying the day usually starts pretty early with my alarm buzzing annoyingly. The first thing I do, like so many people now, is to check my phone for texts, tweets and emails. If there’s a time difference then sometimes you can wake up to a zillion messages and requests for interviews from Radio 5 and the BBC regions.

8:00  Tea. I travel the world with green tea wherever I go. I think I might be addicted to it a little bit as I get through too many cups on a race weekend. It gets me in the right mood to tackle to trip into the circuit. Usually either myself, or the BBC F1 correspondent James Allen drives into the track. It can take a long time and some circuits are certainly more challenging to get to than others. The route is never the same for more than a day. The organisers of Grands Prix love to change the road layouts each morning just to keep us on our toes.

9:00  Arrive at the circuit and get set up in the media centre. We have our own little desks that we select at the beginning of a race weekend. We get a sticker assigned to our seat – it’s a little like being back at school. I usually like to sit near the door so I can get in and out of the media centre quickly as I seem to be in and out like a yoyo! It’s a nice system as you get to sit with different people each race. I sat next to the Russian and Fox TV gang at Monaco and now know how to say ‘hello’ and ‘goodbye’!

10:00  Race briefing and production meeting. We get a lot of information before a race about what teams think will happen. Strategy and tyres dominate those chats but they are fascinating and top secret. The BBC 5 Live team then sit down and discuss what the key points are for the race and any set plans we have for the afternoon.

11:30  It’s final prep time. I have 4 notebooks that come with me to every race, I take one of them with me WHEREVER I go and make ALL my race notes in. The others I use for reference when I’m in the media centre. They have all the facts I could possibly need about the circuit, the drivers, the teams. I have to plan my grid walk and decide who I want to speak to and get all the facts together that I know I want to use to open the show. We usually have 30 minutes before the race and without prep that could feel like a long time!

12:30  Lunch. It’s time to head to Mercedes and grab something to eat. They put on the most amazing media lunch on race weekends. The guys and girls that work there are amazing and always look after me. If I’m really pushed for time they make me up a little packed lunch to take to the media centre.

13:00  Time to get ready and get my microphone set on. It’s quite a heavy and cumbersome set of equipment and when it’s hot or wet it’s not the most glamorous piece of technology. Everyone also thinks my headphones are massive, in fact it’s more my head that is tiny. I get accused of looking like a Teletubby and I can’t argue that point.

Dan, our sound man, checks that everyone can hear me and it’s time to check that they whole team can hear and speak to each other. We are a small team – it’s me and James alongside our BBC Producer Chessie. Then there’s Gary Anderson and Allan McNish, our technical and driver experts.

I get accused of looking like a Teletubby and I can’t argue that point.

13:30  It’s time to go on air and it’s a scrum on the grid. Some are quieter than others… like Monaco, which is manic, and Korea, which is extremely quiet. It’s one of the best parts of my job, as you never quite know what is going to happen and whom you are going to be able to speak to. For the next 2 and a bit hours the airwaves are all about Formula 1.

13:58  And we’re into the race zone. I’ll listen to James and the team and react to whatever happens in the race. I’m usually based in the pit lane but if a driver crashes out I have to run to where the driver will be giving a press conference and try and be one of the first on the scene. At times there might be over 50 media and camera crews there so it’s no place for shrinking wallflowers!

After the race  I’ll usually close the show and hand back to the BBC and then it’s time for the drivers to come to ‘the pen’. This is an area where all the drivers (except the top 3) come to directly after the race to talk to us ‘media’. The drivers all have someone with them holding a Dictaphone so they record EVERYTHING the driver’s say. All 22 drivers have to come to the pen… some stay for longer than others. The top 3 come when they have finished with their press conference.

17:00  Podcast time. The team meets at the motorhome of whichever team won the race. We chat through the race and the key talking points and then record the show – we chat to all sorts of people and it’s great fun. Again, you never know who will be there and whom you will be able to grab while we are on air. The show goes out that night on BBC 5 Live and is then made into a podcast too.

18:00  Depending on flight times it’s normally a race to the airport at this point. It can be a little tight and I remember having to record the podcast in the back of a mini-bus on the way to the airport in China because we have to get it back to the UK before we get on the flight. It takes calm nerves and good driving!

00:00  Normally we’re just getting into the UK by now and it’s time to drive back home before collapsing into bed. It’s an exhausting weekend but I love my job and know what an amazing experience I am having. Let’s just say you sleep well when you get back. Although sometimes you don’t know where you are in the world when you wake up!