With Formula One making a welcome return from July 3-5 at the Red Bull Ring in Austria, what better time to take a look back at the circuit’s most interesting moments away from F1 and motorsport races.

Some of the biggest names in the sport have tested themselves in unfamiliar territory at the Red Bull Ring over the years, and this is our pick of the most memorable occasions in no particular order.

Six-time World Rally Champion Sébastien Ogier had always dreamed of competing in F1 after growing up idolising the exploits of Ayrton Senna and he got his chance to have a go in June 2017.

Ogier took the wheel of the 2011 RB7 model during the summer break in the WRC season and he found it an altogether different experience to driving a rally car.

Hirscher swapped his two skis for two wheels in July of 2019 and rode a 300-brake horsepower KTM RC 16 factory machine to make his MotoGP™ debut at the Red Bull Ring on the bike of Johann Zarco.

He was put through his paces by former world-championship-racer-turned-instructor Gustl Auinger and, having been a keen enduro rider anyway, Hirscher wasn’t a total novice on two wheels.

“Others have the desire to sit in a Formula 1 car but, for me, it was definitely MotoGP,” Hirscher said. “I’m one of the few on the planet who are allowed to ride such a motorcycle.” 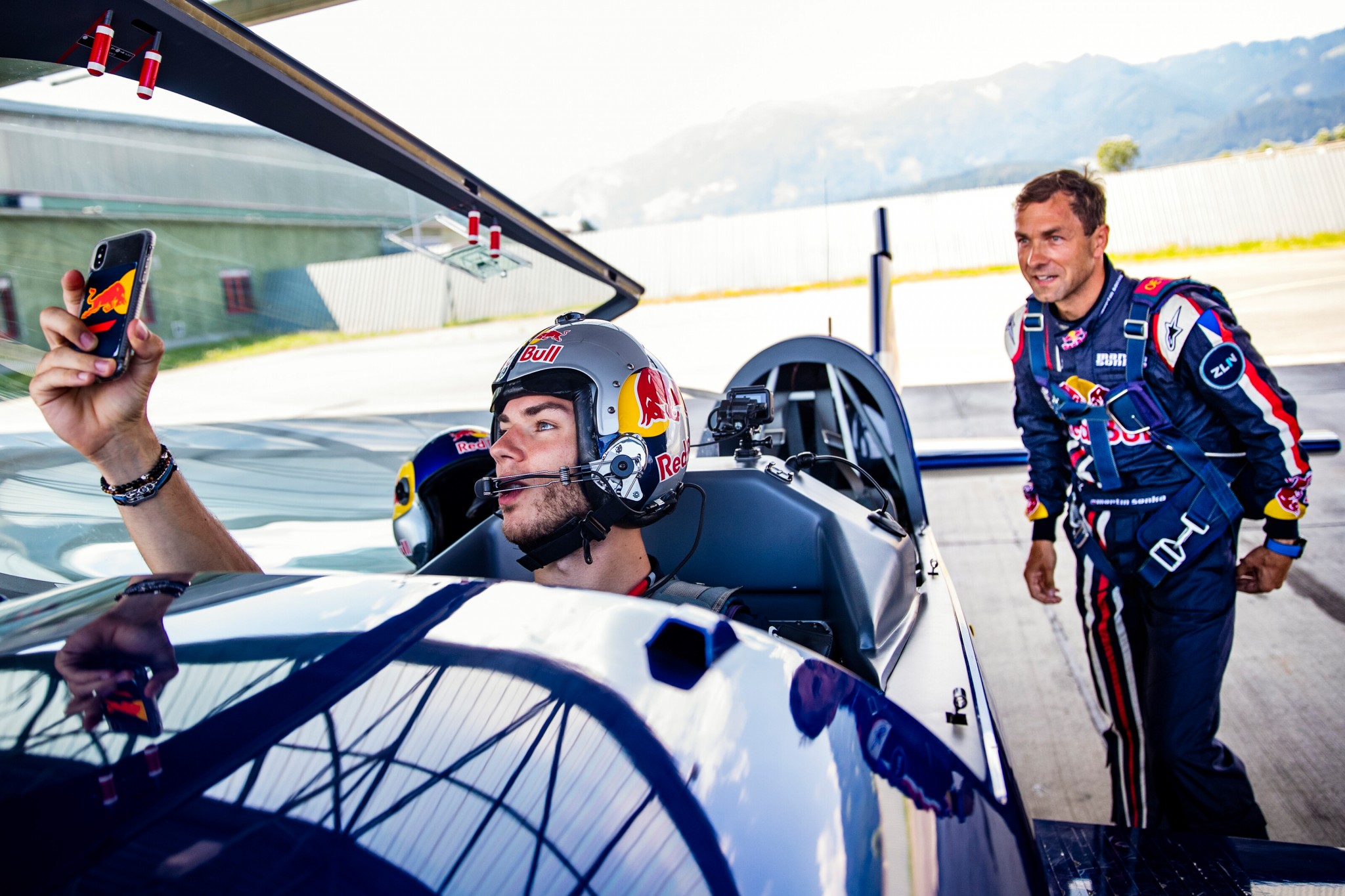 Scuderia AlphaTauri driver Pierre Gasly is used to experiencing huge g-force in his F1 car, but he took it a step further in an aerobatic plane with a lap above the Red Bull Ring in June 2019.

Red Bull Air Race champion Martin Šonka teamed up with Gasly (in the passenger seat) for some stunts in a plane that has a top speed of 400kph through the air and is propelled by a six-cylinder 8.9l air-cooled engine.

“I was a bit anxious because I don’t like the loss of control,” Gasly admitted. “The amount of Gs we pulled going around the corners of the track was unbelievable – in Turn One we hit 6G and it’s like a massive slap in the face! The maximum G I’ve experienced in an F1 car is 5.4 under heavy braking and we went to something like 6.7 or 6.8. How fast and sharp you are able to turn was awesome!”

Austrian pilot Walter Kirsch set the fastest-ever drone record around the Red Bull Ring in a time of one minute 39.75 seconds in September 2017, ahead of Red Bull Dr.One.

His race drone reached a top speed of 165kph and an average speed of 155kph and although it was still some way short of the fastest lap around the circuit (set by Lewis Hamilton in a Formula One car in a time of 1m 07.411s) it was close to the leading MotoGP lap of Johann Zarco, clocked at 1m 24.312s.

Back in 2017 Aston Martin Red Bull Racing drivers Daniel Ricciardo and Max Verstappen were used to going head-to-head in F1 machines. But ahead of that year’s Austrian Grand Prix, they swapped them for Aston Martin Vanquish sports cars pulling caravans.

Instead of treating the locals to a few laps in their 2017 F1 cars, the pair were given the chance to test out the souped-up convertibles with the added ballast of the caravans behind.

Not any old caravans either, stripped out ones with Pirelli slick tyres painted in Red Bull Racing livery and their very own race numbers to mark them out.

Verstappen said: “We were pretty sure that we were going to crash [the caravans]. It wasn’t on purpose, but then I started drifting the car a bit and I could see in the mirror that the caravan was on one wheel!”

Márquez first underwent a series of laps in the simulator before getting onto the track for the test run and the Spaniard had a litany of F1 big hitters to put him through his paces, with the likes of three-time world champion Niki Lauda, eight-time Grand Prix winner Mark Webber and Red Bull motorsport boss Helmut Marko watching from the stands.

Hooked after just a few laps, Márquez said: “It was always my dream to race the quickest cars in the world. I had great respect for it ahead of today, and I didn’t sleep well. In the end, it was an unbelievable experience and an absolute highlight of my career. There’s a massive difference to MotoGP.

“The limited visibility was a great challenge, in particular, to begin with. You feel a lot more constricted in the cockpit. The braking distances and timing in turns are completely different. An F1 car has much more downforce, of course, which made for a lot of fun in the part of the circuit with the most turns, in particular.”

And he didn’t rule out a shock switch to F1 later in his career, either, adding: “Who knows though, maybe Formula One will be a serious idea for me in a few years’ time!” 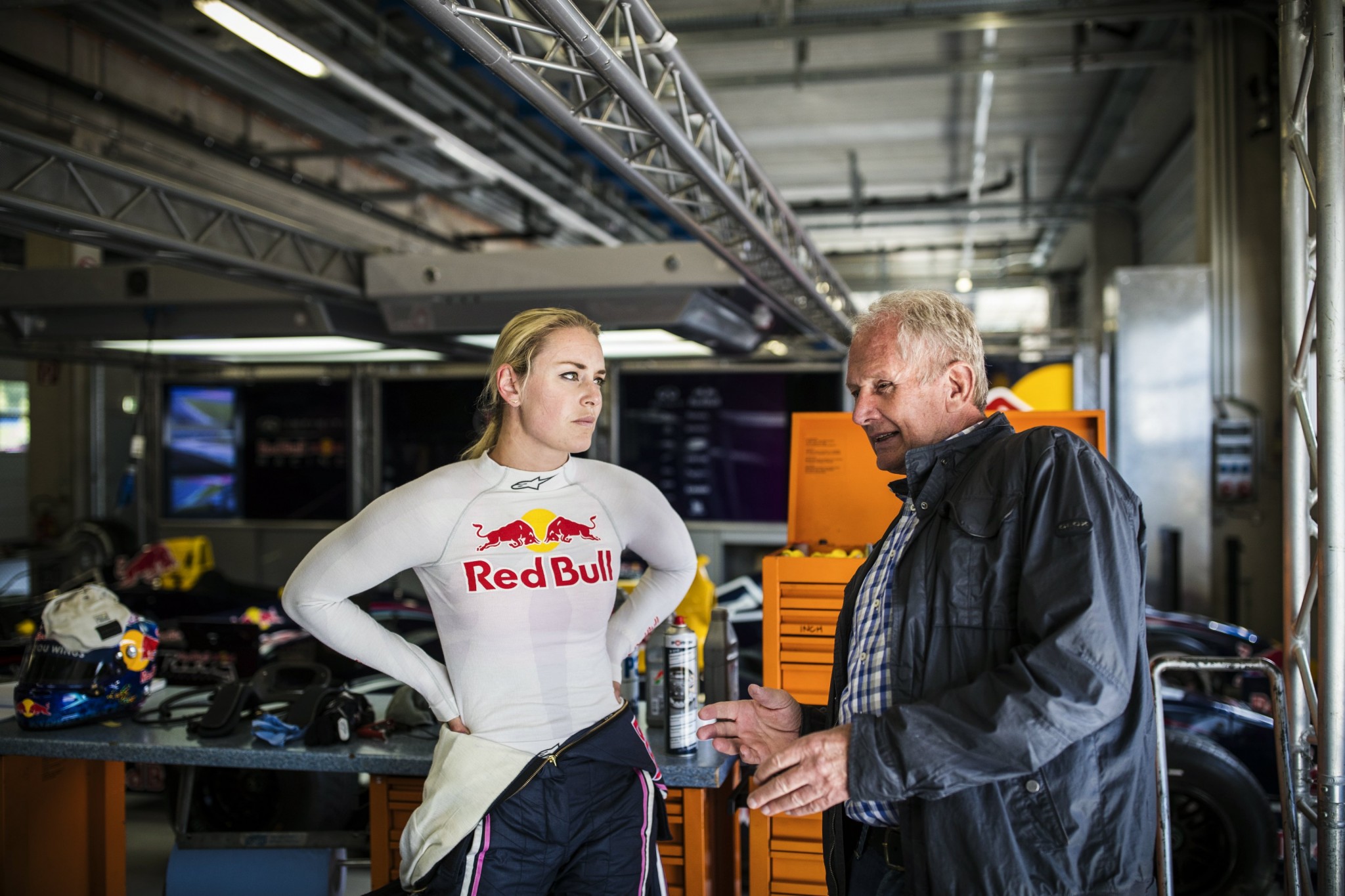 No stranger to extreme speed, the legendary alpine skier Lindsey Vonn couldn’t wait to test herself at speeds of up to 290kph at the Ring in Formula Renault 2.0 and 3.5 machines.

Vonn, the winner of 20 World Cup crystal globes (a record for men or women) got the chance to race the Renaults under the tutelage of Dr Helmut Marko and she saw some similarities between alpine skiing and single-seater racing after speeding around the Red Bull Ring.

“In both sports, you need the right timing,” she explained. “When to speed up, when to hit the brakes and how to find the best line.”