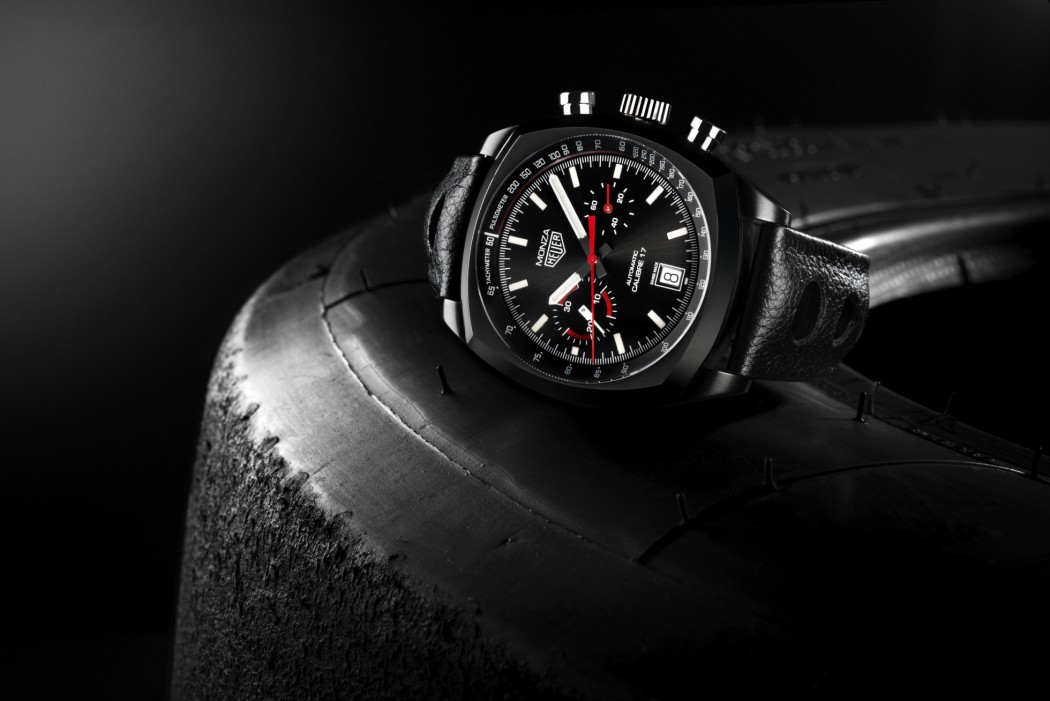 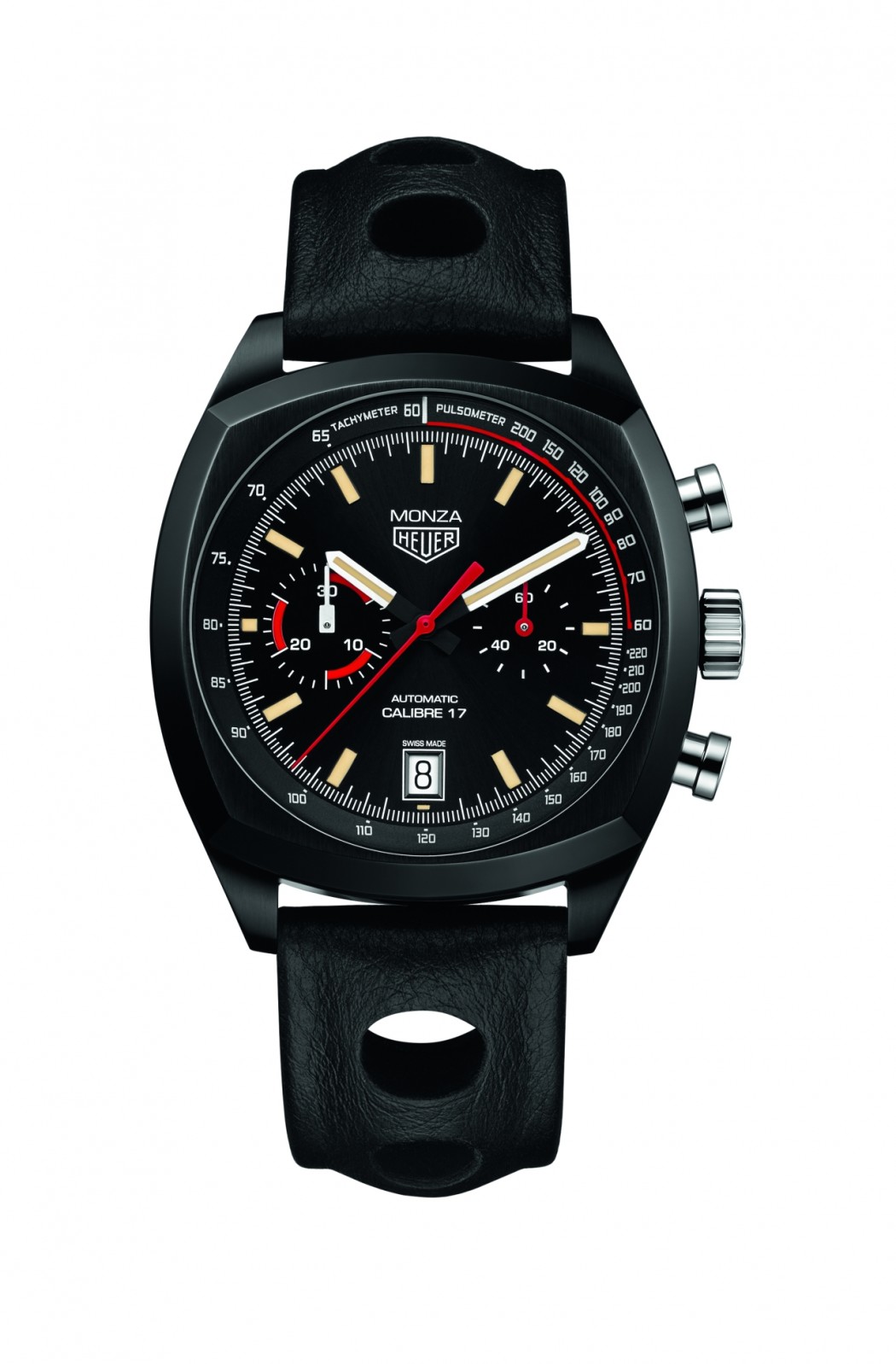 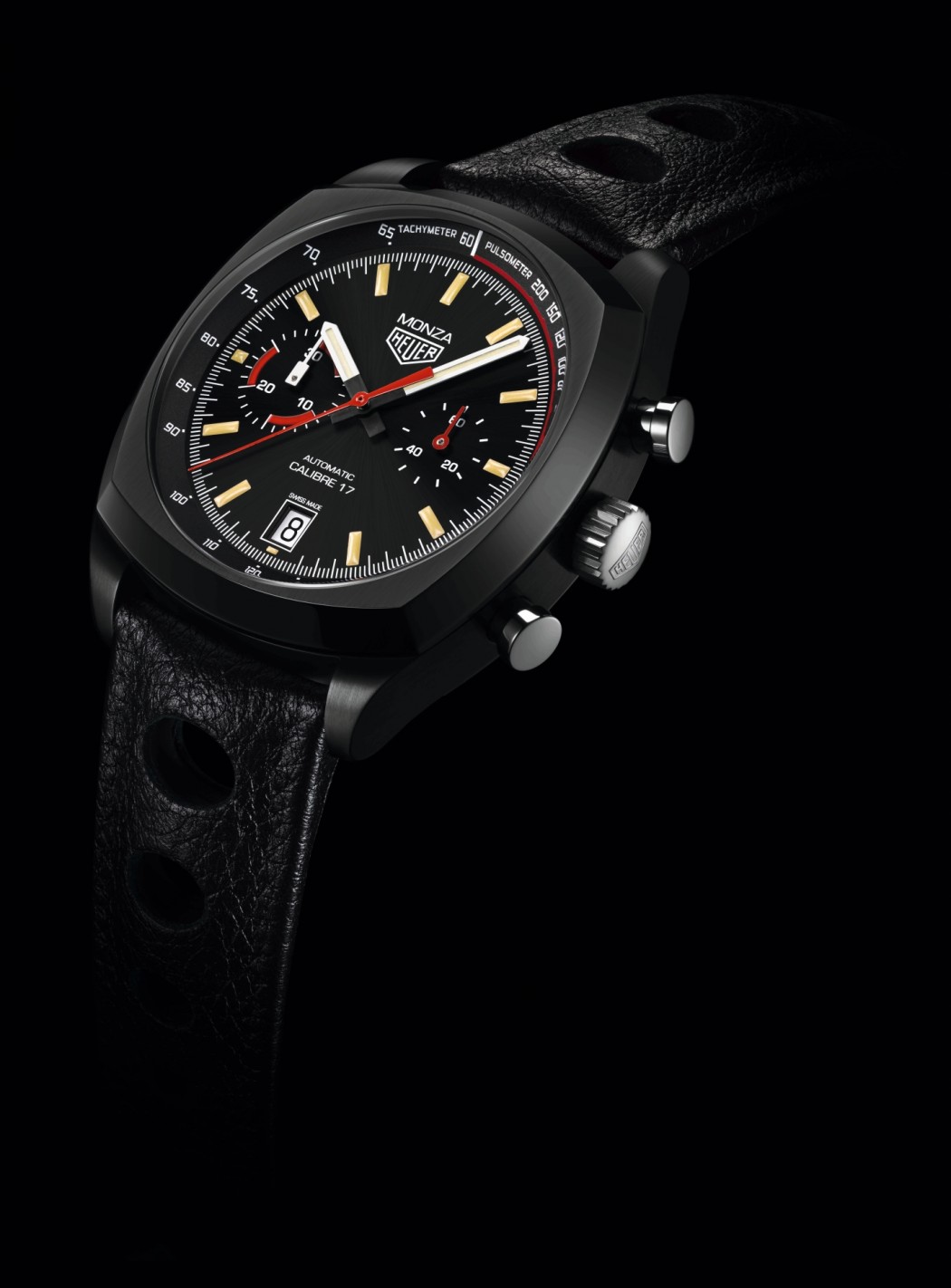 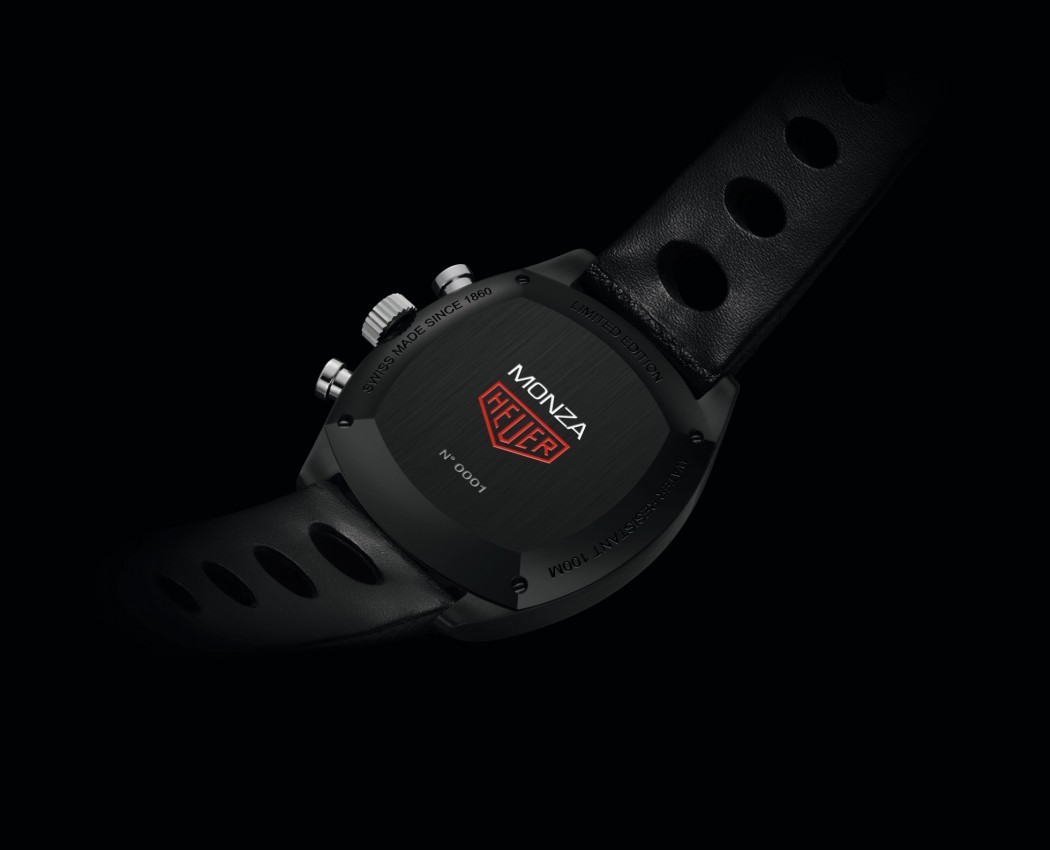 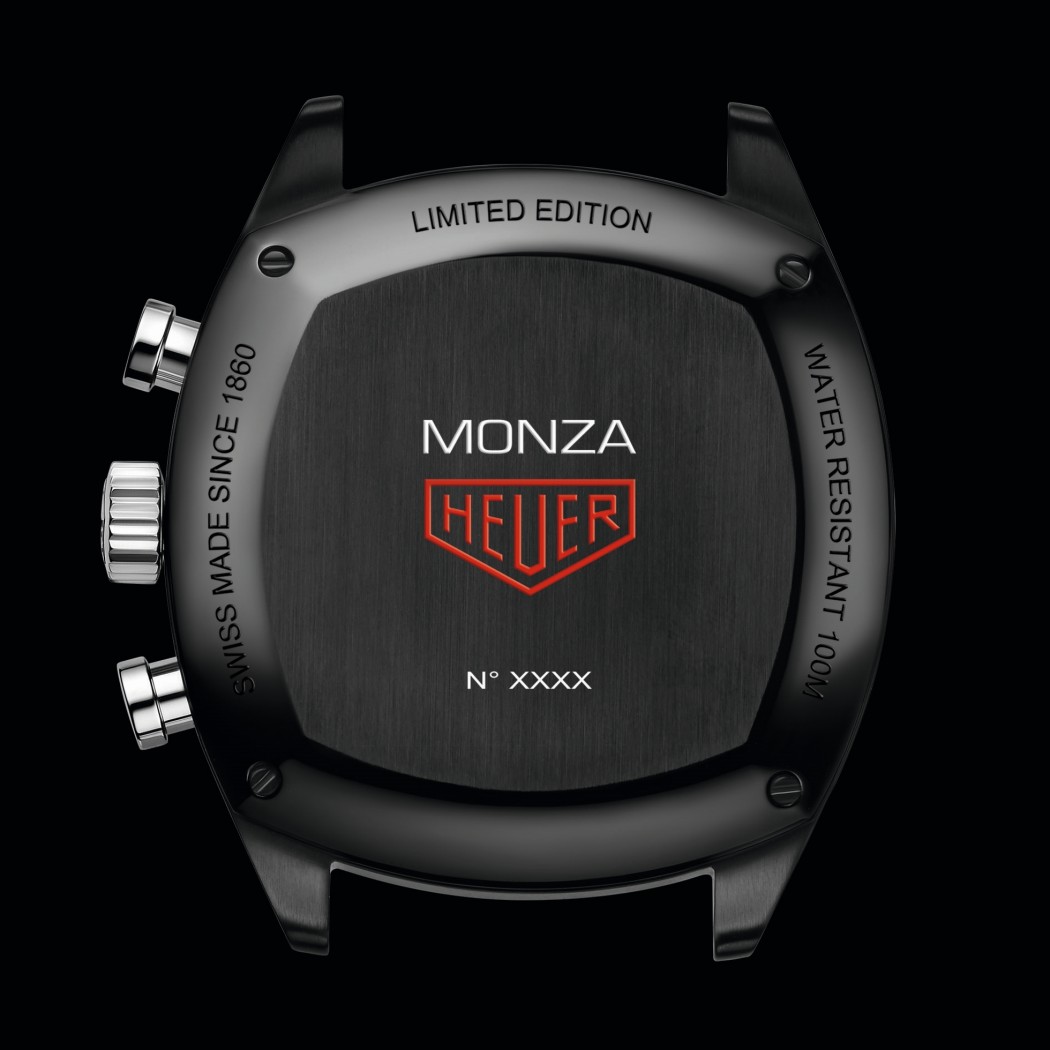 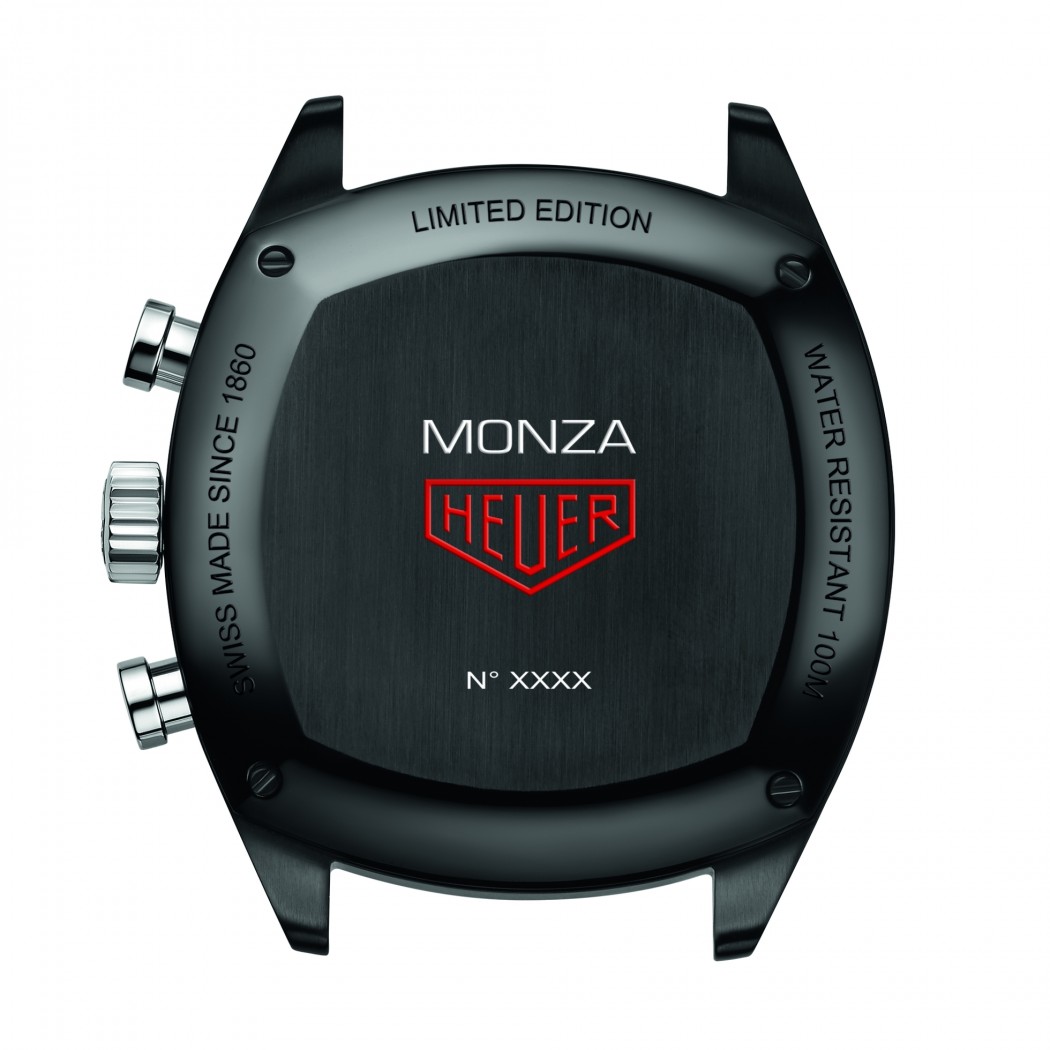 In 1976, Jack Heuer, the great grandson of the brand’s founder, designed a chronograph to celebrate Niki Lauda’s first world championship title with Ferrari. The Swiss watch company was then Official Timekeeper for Scuderia (from 1971 to 1979), and it was the first time that Monza had appeared on the dial of a watch.

At that time, the watch was markedly different, yet very stylish. Its coussin case was inspired by a 1925 model. An all black chronograph equipped with a pulsometer (to measure the heart rate) and a tachymeter scale (which converts time into speed), red hands and counters to reflect its racing heritage, the new design ushered in a brand new era in the history of this model.

Return to its roots: the 2016 reissue features the watch’s two key functions – the pulsometer and the tachymeter scale (not included on previous reissues) – and with the original font.

1976-2016: 40 years of history. A celebration marked by a beautiful reissue, the ultimate recreation of this iconic watch

Of course, the famous original coussin case is the centrepiece, and is all black, just like the historic model, with black and white lacquered hour and minute hands as on the original. The same applies to the indices in vintage orange SuperLuminova™. Likewise, the historic Heuer logo on the dial, which attests to the model’s place in the manufacture’s historic collection.

A link from past to present, the case is now made from grade 5 titanium (previously steel), making it lighter and more shock resistant. The material is coated with titanium carbide to give it a powerful, matt black appearance.

The diameter has also been increased (from 39 mm on the original models to 42 mm, for a more modern, masculine look). It is equipped with a “super racing” strap in full-grain black calfskin with top-stitching, which evokes the design of the three-spoke steering wheel on the racing cars of the time.

Inside, the 17 automatic calibre, a chronograph with its two chronograph counters at 3 o’clock and 9 o’clock – perfectly spaced for a beautifully harmonious dial. The screw-on back is numbered and features the historic Heuer logo engraved with red lacquer finish.

The original Heuer Monza is highly sought after by collectors, and has been reissued only a handful of times. So close to the spirit of the original, this model, which celebrates its 40-year anniversary, will undoubtedly represent a milestone in the history of the manufacture’s heritage.