The career path that works 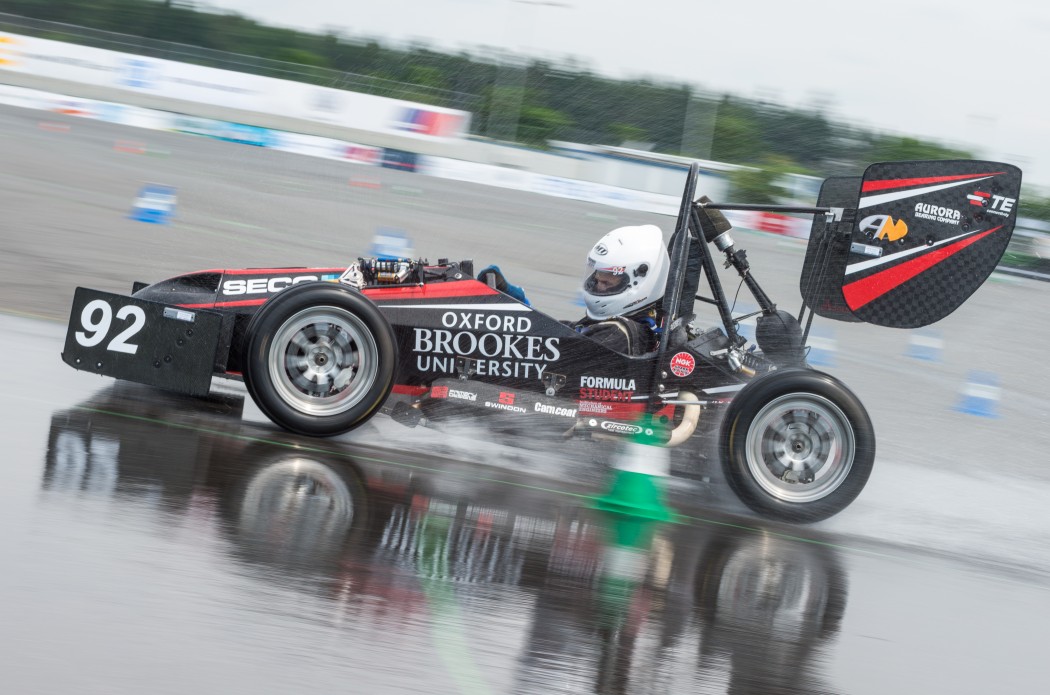 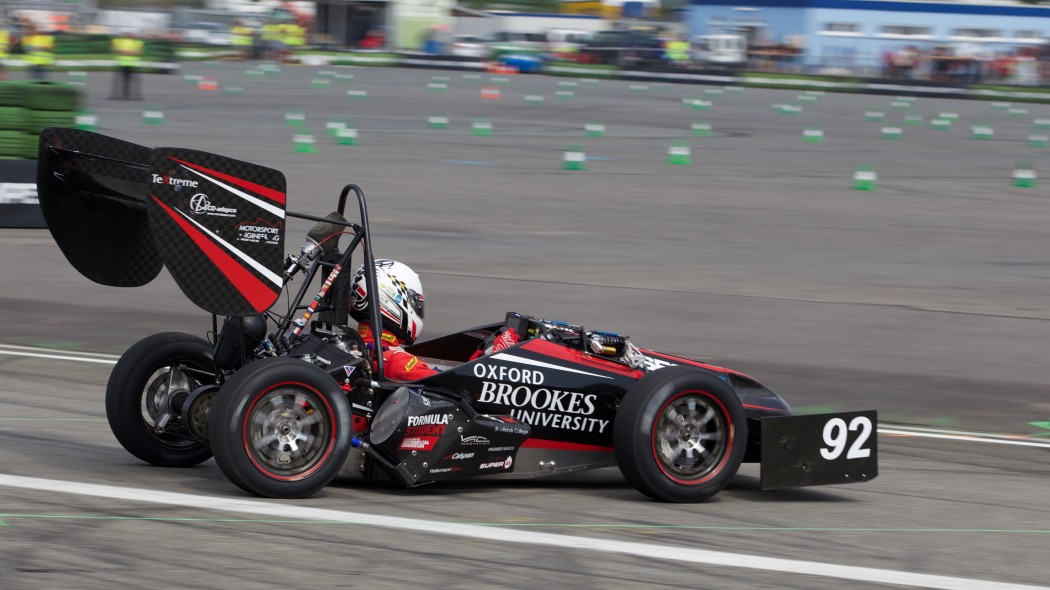 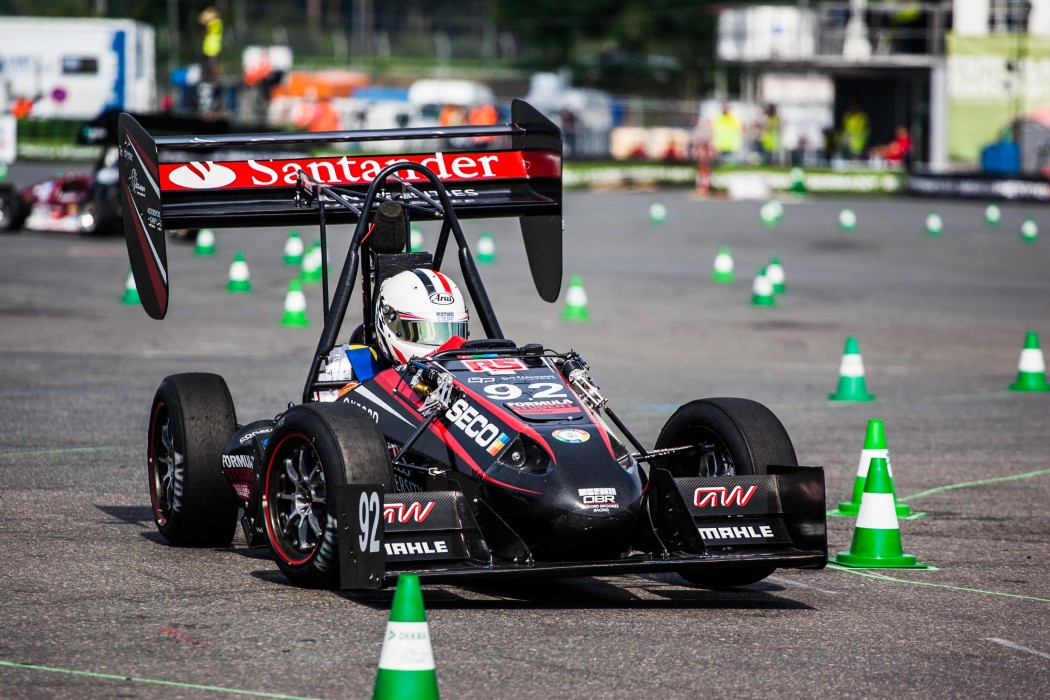 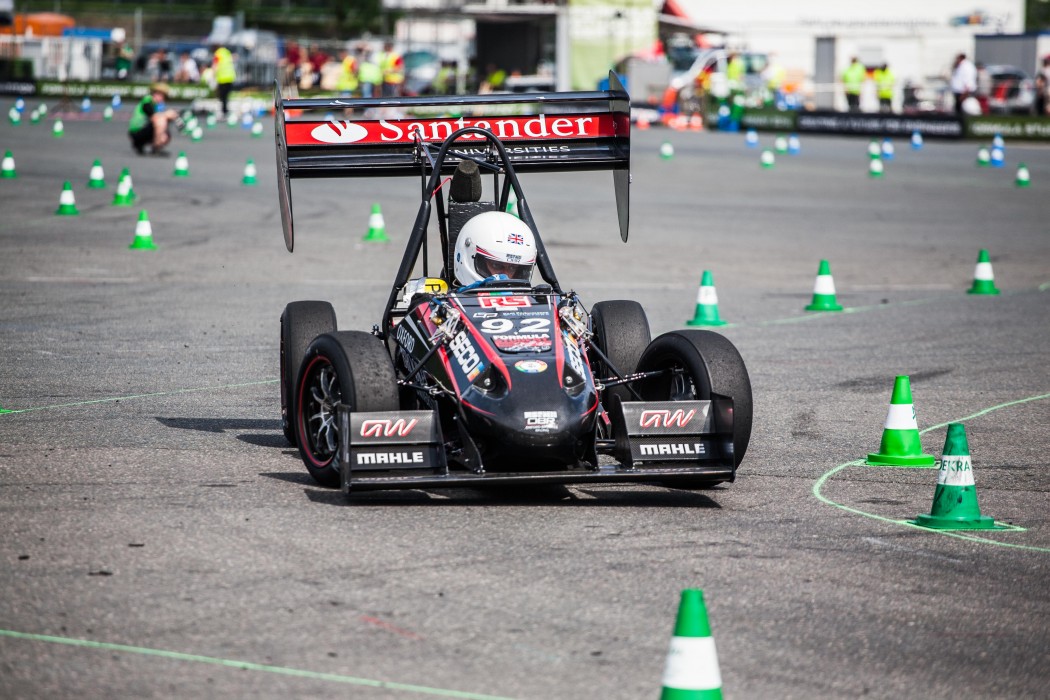 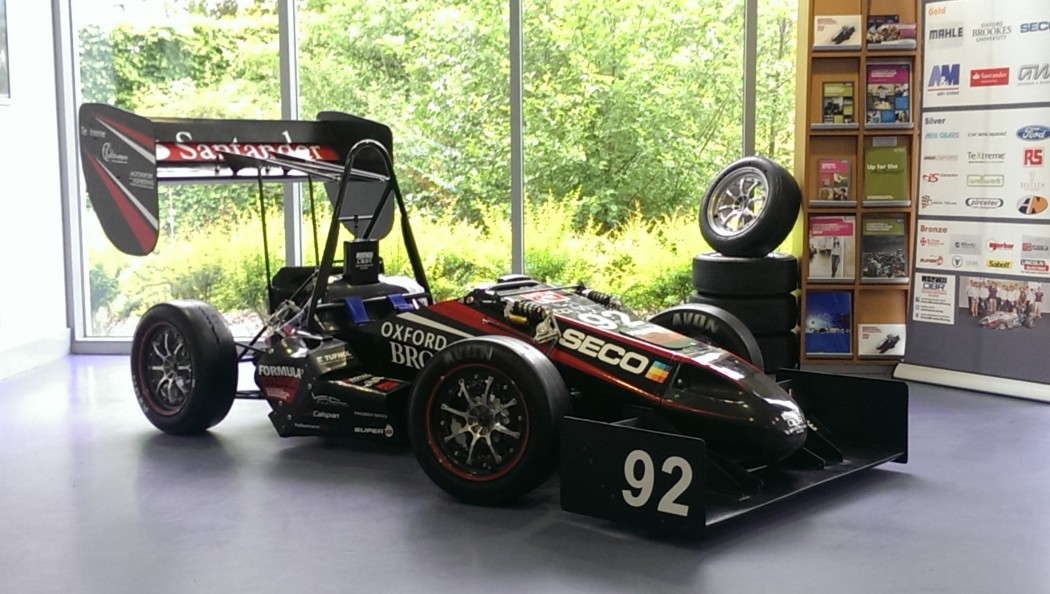 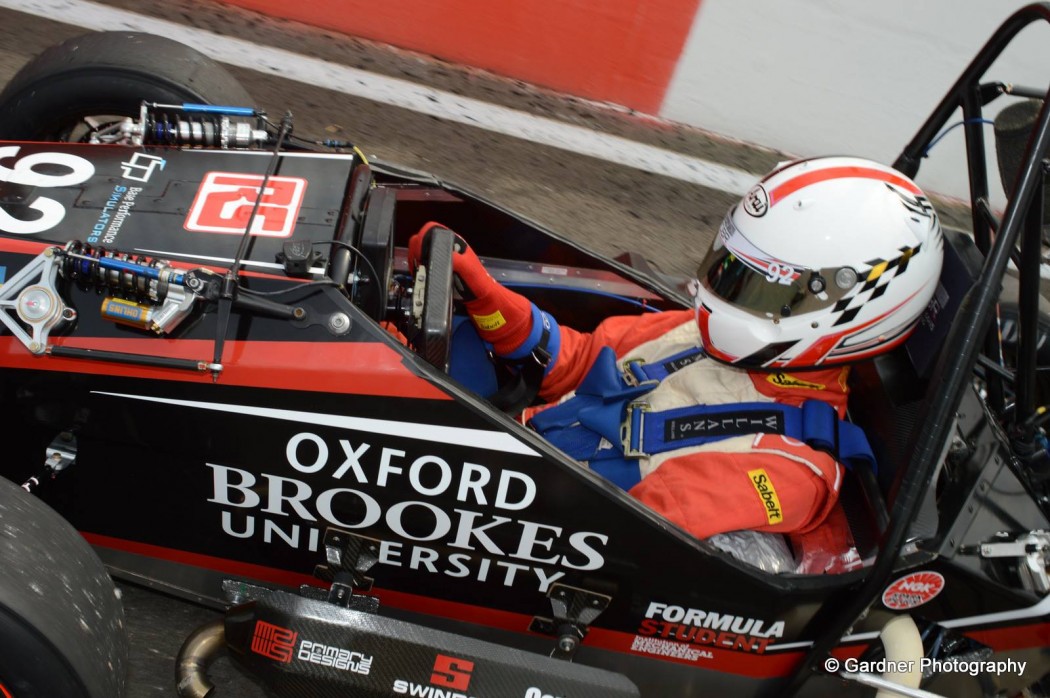 I’m often asked why I decided to set up the Motorsport Industry Association (MIA), way back in 1994. There were, in fact, many reasons and in the January 2014 edition of the Paddock magazine, I outlined them in some detail. However, recent events have made me think back to that feature and to one aspect in particular.

The formal Launch of the MIA was held at the London offices of Andersen Consulting, better known today as Accenture. Without doubt, the support from this international corporation played a pivotal role in ensuring that the MIA built a strong platform in those early years, upon on which its future successes could be developed. During my keynote address at the Launch, I ran through what our inaugural steering committee had identified as being the primary objectives of this innovative new business organisation. High on that list was the creation of a structured career path within the motorsport industry for young people seeking technical or engineering roles.

At that time, there was a worrying shortage of school-leavers considering engineering in general as an attractive career option. We all agreed that motorsport had an exceptional power to excite youngsters and that we should look at ways to build on that, to create structured career paths within our industry.

As it turned out, we didn’t have long to wait before this course of action received a major boost. Within the MIA’s first year of existence, I received a call from Ian Lang, the President of the Board of Trade, asking me to select and invite 11 other representatives from the motorsport industry to lunch with him at Lancaster House. The theme of the event would be to suggest ways in which our world-leading industry could help other UK industry sectors to achieve similar success.

We all agreed that motorsport had an exceptional power to excite youngsters and that we should look at ways to build on that, to create structured career paths within our industry.

What came out of the discussions that took place that day, was an agreement that the best way in which we could help UK industry in general, would be to move forward with our stated objective of using the power of motorsport to attract young people into engineering and technical skills training.

Little did I realise then, however, that in the later stages of my own career I’d become very involved with one of the world’s leading exponents of motorsport engineering education; a university that is now one of the primary providers of graduates to many of the F1 teams.

This relationship started in 2012, when I received a phone call from one of the Professors at Oxford Brookes University, inviting me to become a Member of its Industrial Advisory Board. This Board was specifically linked to the Mechanical Engineering and Mathematical Sciences Department. I must admit to initially commenting that they must have confused me with someone else, after all, my technical knowledge is fairly non-existent. But no…they seemingly had plenty of high-powered technical expertise and wanted someone with an in-depth commercial knowledge of our industry, as well as access to a high number of influential contacts within it.

It was to be the start of a long term, extremely enjoyable association with Oxford Brookes. A few months later, I received a similar invitation to join the Advisory Board of the University’s Faculty of Business. This was, in turn, followed by an invitation to become a consultant to the University. To be precise, I became its F1 and Motorsport industry Consultant.

That wasn’t the end of it. I was delighted to be asked to submit a monthly blog, to be called Inside Line, aimed at promoting awareness of the motorsport industry with regards to education, career development and the day-to-day workings of the industry. I didn’t realise when I started that this would continue for so long and my current monthly blog is now the twenty-second!

Perhaps the most unexpected development was then being invited to become an Associate Lecturer, designing and delivering a 3-Day Module on Sponsorship Acquisition, to form part of the University’s MSc Advanced Motorsport Engineering course. The thinking behind this was very innovative; it was felt that graduates would benefit from developing a knowledge of how sponsorship has become a primary source of funding within motorsport. It was agreed that a basic appreciation of how it is secured would then help them if they were one day running a team, business or perhaps a department within an F1 organisation.

It appears that this initiative has been received extremely well and I’ve now lectured on two such programmes during the past year. In the process, this has allowed me to get a much better view of the ways in which the career path that we proposed back in the early days of the MIA, has worked in practice.

In my consultancy role, I’ve been fortunate to meet with many of the influential employers within the motorsport industry and talk about ways in which the growth of both university and college motorsport engineering education has proved beneficial. Of course, Oxford Brookes is not the only university that has played a major role in delivering this. Universities such as Cranfield, Warwick, Wales, Bolton, Bath and Southampton have contributed in a variety of different ways, each targeting slightly different sectors.

What I have discovered is that one of the initiatives that has played a major role in producing graduates of an exceptional standard, so sought after by F1 teams, is participation in the Institute Of Mechanical Engineering owned Formula Student competition. In its own words:

Formula Student is a high-performance engineering project that is extremely valued by universities and usually forms part of a degree-level project. It’s viewed by the motorsport industry as the standard for engineering graduates to meet, transitioning them from university to the workplace and is the kite-mark for real-world engineering experience. Formula Student is the leading European competition for undergraduates and graduates who want hands on experience in an innovative racing team.

It’s no coincidence that the greater the involvement by students in this programme within a University, the higher their reputation tends to be in the eyes of potential employers.

Ed Hogg is currently in his final MEng year at Oxford Brookes University and was the 2014 Head of Operations for the University’s Formula Student programme. He explained to me recently that one of the contributory factors that resulted in him selecting the university as his first choice was the fact that only Brookes offered first-year students the chance to participate in the Formula Student programme. By joining FS in 2010, he has subsequently developed the extremely hands-on, practical experience that is now so much in demand from F1 teams when recruiting graduates.

For Ed, the payback for all the hours, days and weeks of work on the project, in addition to his course work, has been highly rewarding. To be a key member of the Oxford Brookes Formula Student Team, which in 2014 became the first ever British team to win the coveted FS Design Award, as well as the GKN Award for designing and building the lightest car within its category, is a very special achievement to have on one’s CV.

It was so inspiring for me to meet this young graduate, who is a great example of the career path development that we targeted as being critical, all those years ago.

Another success story involves a young American, Gabe Elias, who was introduced to motorsport by his father, the official photographer at the Homestead Oval in Florida.

At the age of just 10, Gabe sent a letter to none other than Roger Penske, asking what advice he could provide in helping him become an F1 engineer. The reply came straight back; make sure you study Maths, Science and Engineering at school and then college! The advice was taken on board and this young American eventually studied Mechanical Engineering at the University of Miami.

Knowing just where he wanted to head as he completed that period of his education, Gabe sent letters to every F1 team in the UK and Europe, but was dismayed when not a single reply came back. That wasn’t what he expected!

Not being backward at coming forward, Gabe did some research and identified a young Canadian who was doing great things at Red Bull F1. He rang Gavin Ward on his mobile from the US and managed to speak to him. He asked how he could get into F1 and was told that the best route would be to sign up, as he himself had, for a Motorsport Engineering Master’s Degree course at a University in the UK called Oxford Brookes. Gabe needed no more help. He was on his way to the UK!

That was over a year ago. I had lunch with him a couple of weeks back to hear all about the new career that he has subsequently started, after recently completing his Masters at Oxford Brookes. He told me that he was working hard, really hard, but that to be a Graduate Concept Design Engineer with the current World Championship Constructor, Mercedes F1, was worth all of the effort that he had put in to get there! You can’t argue with that….

It seems that motorsport does indeed have an exceptional power to attract talented young people into engineering and technical skills training. We were right, back in 1994, when we identified the need for such a career path to be developed. It’s rewarding to know that the UK motorsport industry is in such good young hands.