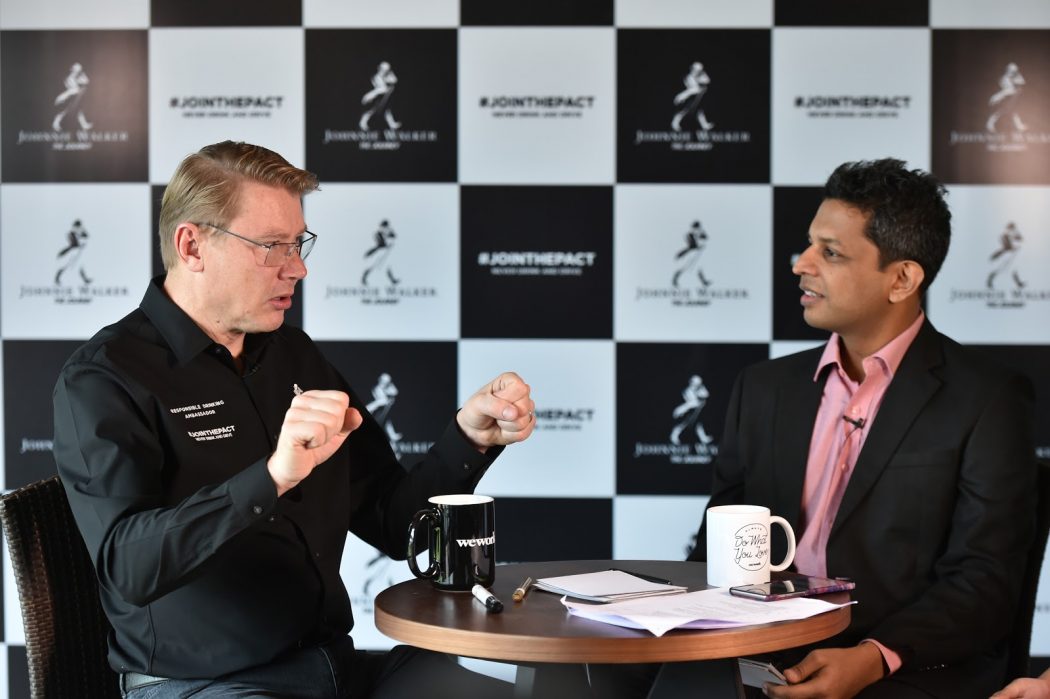 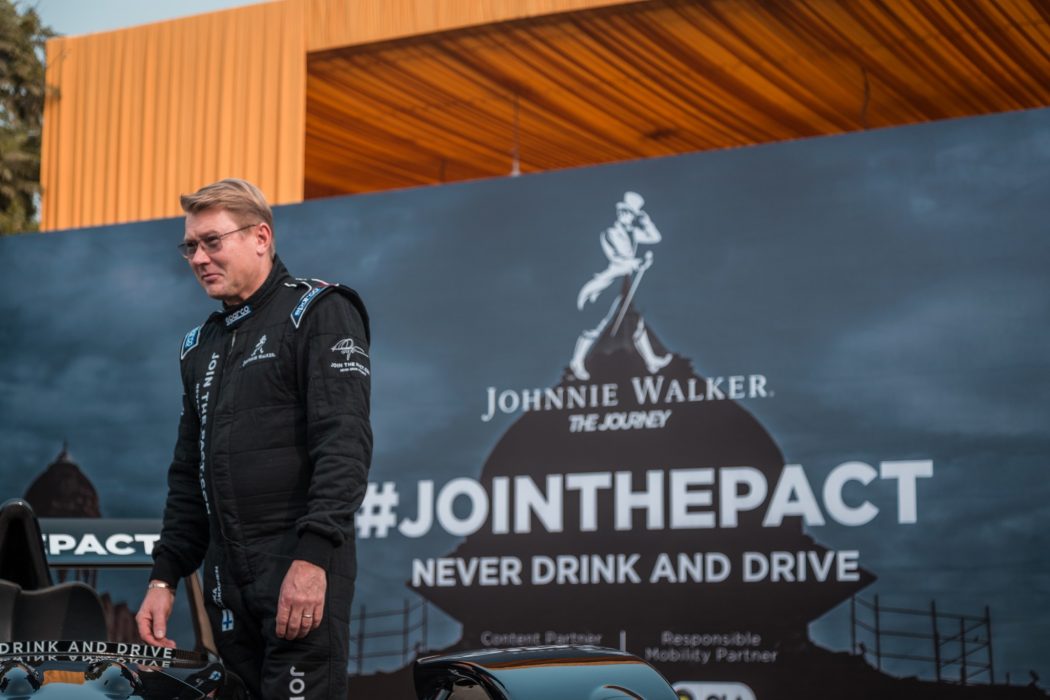 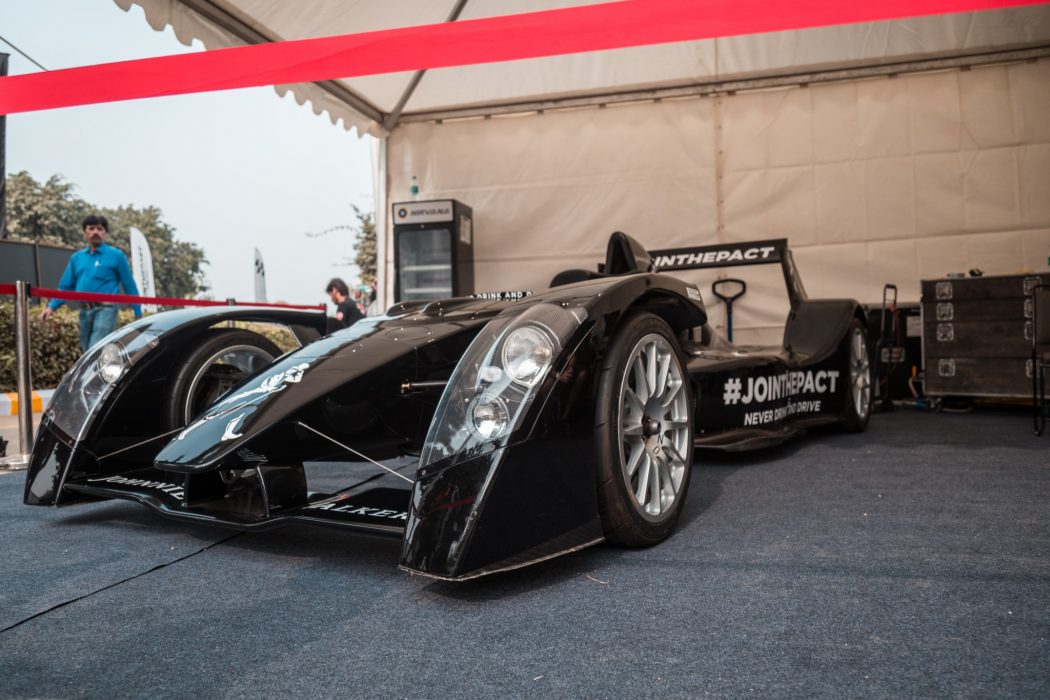 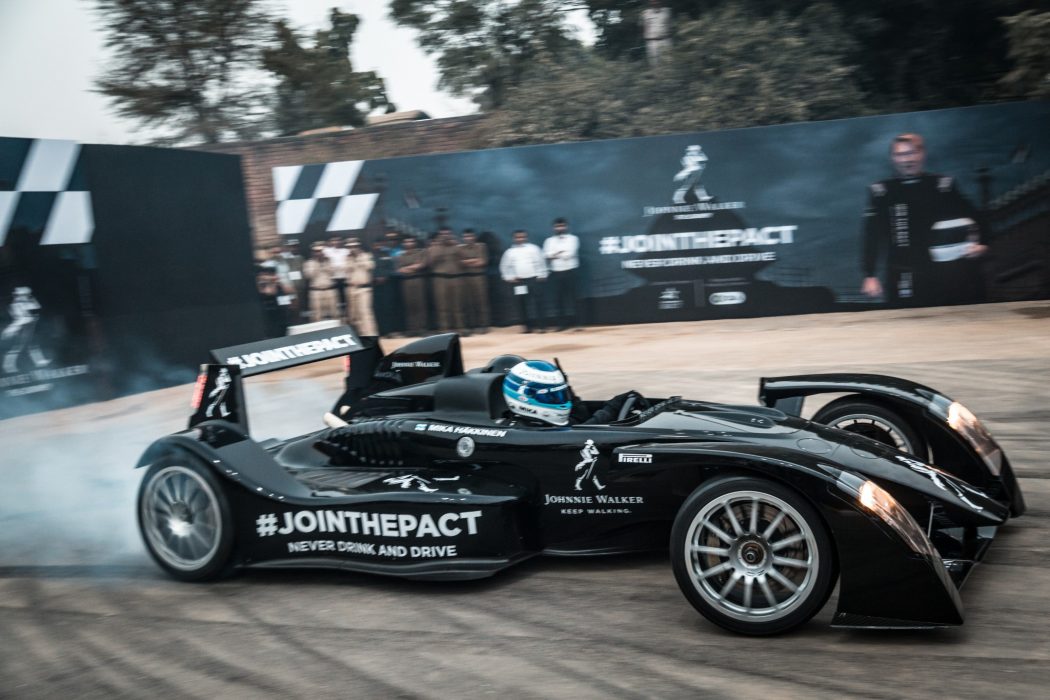 Hakkinen in the Caparo T1

By Kunal Shah | Even though he has come and gone, my memories with the twin Formula 1 World Champion will remain. It was a delight to have Mika Hakkinen on the Inside Line F1 Podcast. We made him #JoinThePact on our show and I must thank my co-host Mithila Mehta for a fantastic hand-painted banner that Hakkinen later signed. Here’s how it all went down in Dehli, when the champ came there for Johnnie Walker’s 9-year-old initiative dedicated to responsible drinking.

We had expected the Flying Finn to be reserved, monosyllabic (to a degree) and not-too-jovial. But we were in for a pleasant surprise! Hakkinen was at his talkative best, witty and offered some really interesting insights on Valtteri Bottas’ struggles in the second half of the 2017 Formula 1 season while also sharing who his most challenging rival across his entire motorsport career was. Yes, I too was surprised to know that it wasn’t Michael Schumacher.

I’ve had many fans reach out asking me how it was to sit beside Mika Hakkinen in the Caparo T1 and if I have any footage from the lap. First things first, I captured the sound of the V8 engine that powered the Caparo and caught Hakkinen doing some donuts – the slow-mo makes the footage even more fun! So go ahead and enjoy the videos, you can find them at kunalsf1blog.com.

I actually shared the same eye-view as Hakkinen and had a clear display of his steering wheel, the dashboard and of course, I observed his steering inputs very carefully.

The Caparo T1 is labelled as Formula 1-inspired for a reason. From the existing two-seater (or three-seater) racing car options available, I believe that the Caparo is the only one that has the passenger sitting next to the driver and not behind. The visual benefit of such a seating configuration is to see your star driver in action in his office setting – beats sitting behind him/her! I actually shared the same eye-view as Hakkinen and had a clear display of his steering wheel, the dashboard and of course, I observed his steering inputs very carefully. If you’re someone who likes to see how compact racing car cockpits are, you should definitely check the video on my blog.

The Caparo T1 can run on regular roads – another big advantage. While it might not go as quick as the other two-seaters, it is fast enough (or faster enough!) for the road, sounds lovely and most interestingly, offers a sleek design that is more relatable to the average fan to whom Formula 1 cars might look a bit weird to. I would call the Caparo T1 a marketer’s delight! I was informed that Johnnie Walker owns two Caparos, out of which one is active and travels around the world. Hakkinen has been the only driver to race this Caparo across the world – an honour for the Caparo itself!

Some years ago (actually more than a decade now), when I started writing on Formula 1 for the Chequered Flag Magazine, it was my mother’s dream to see me host a live Formula 1 show with a champion driver in it. There’s no doubt that her dream came true. Just imagine how thrilled she was when we did a family picture with THE Mika Hakkinen!