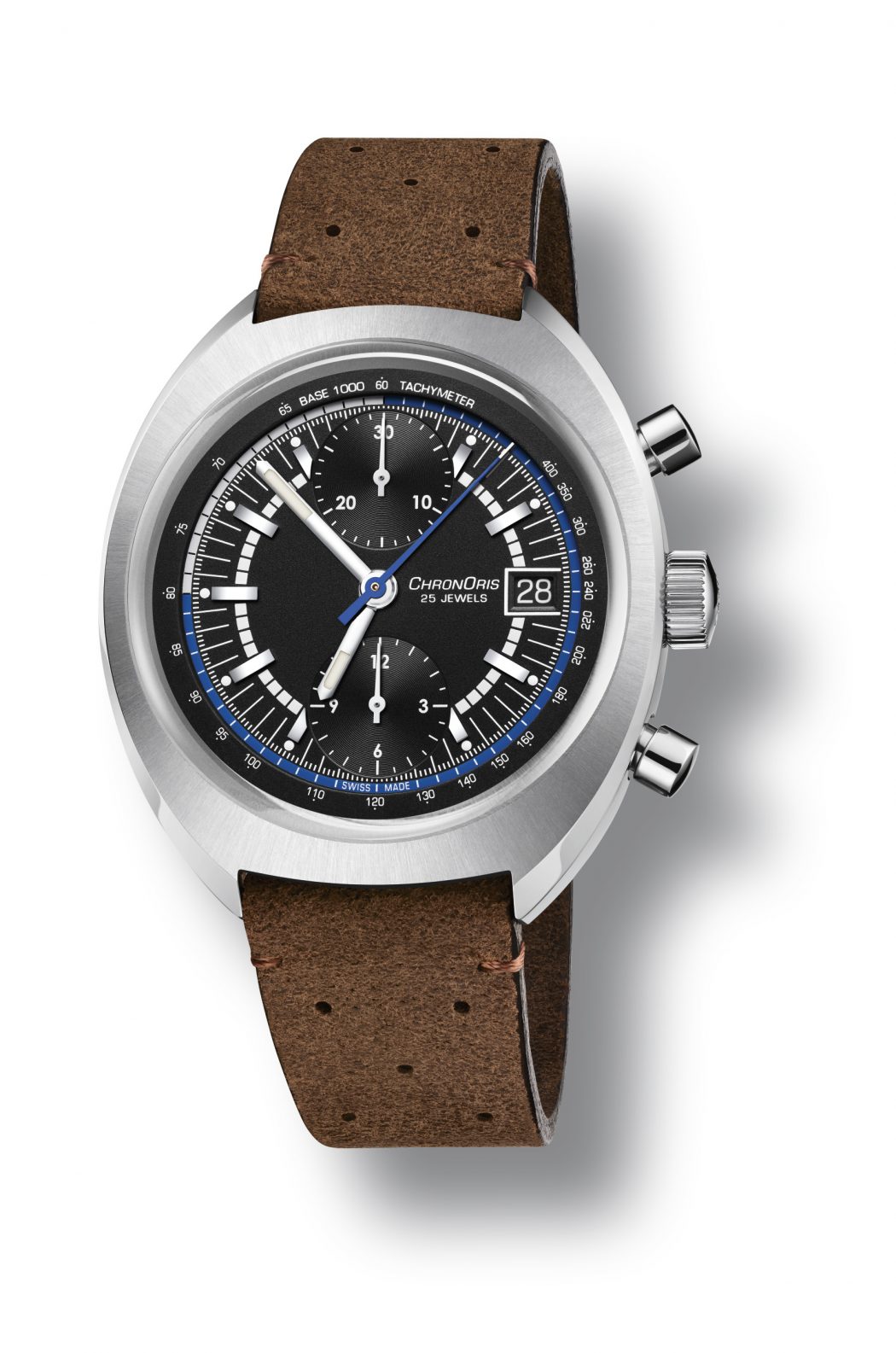 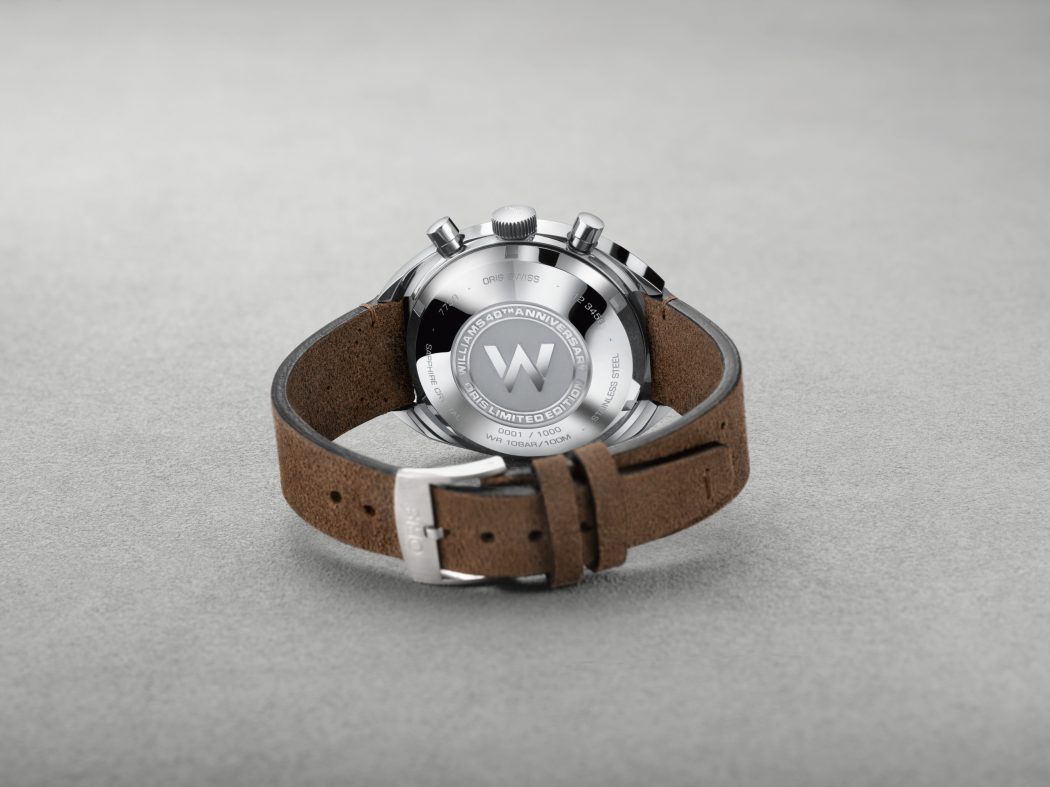 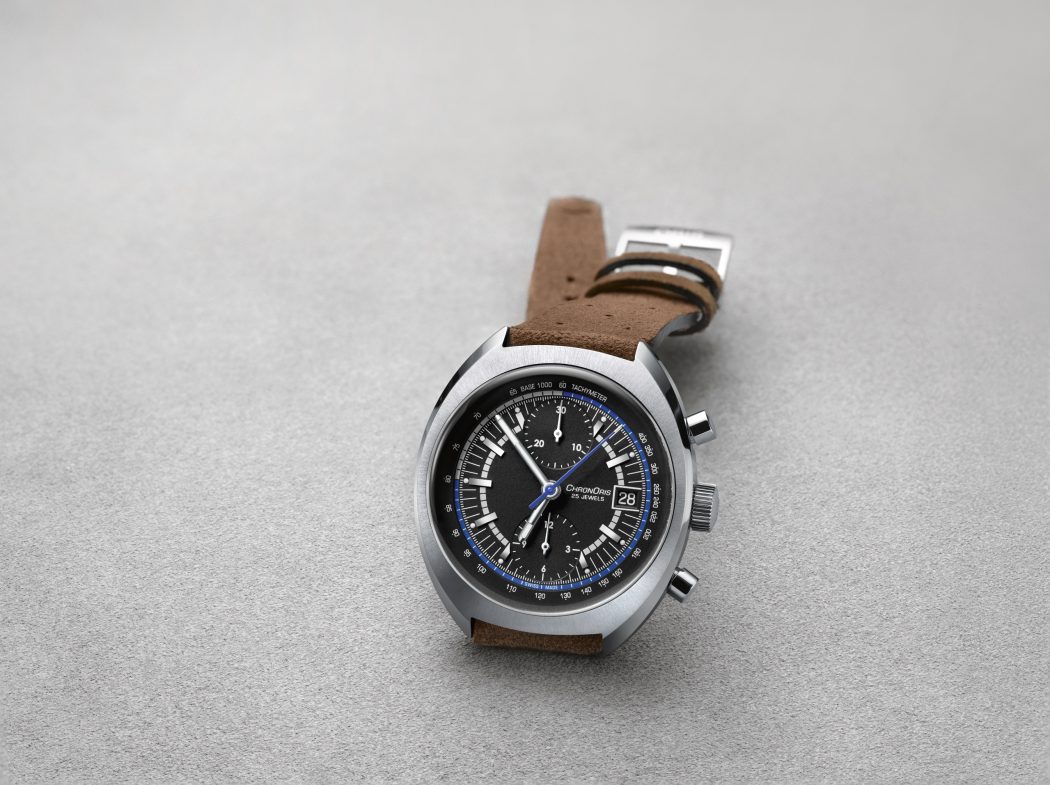 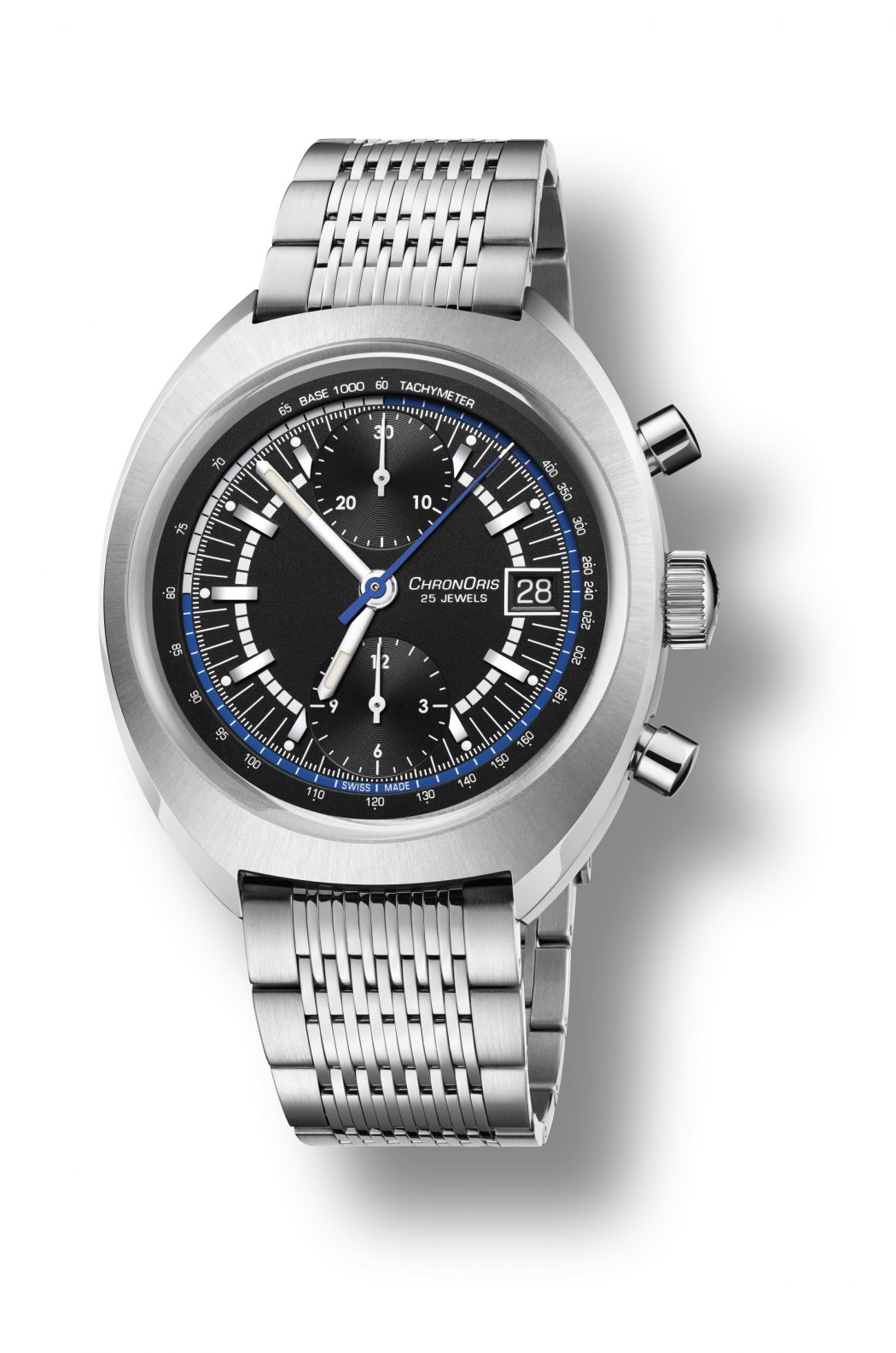 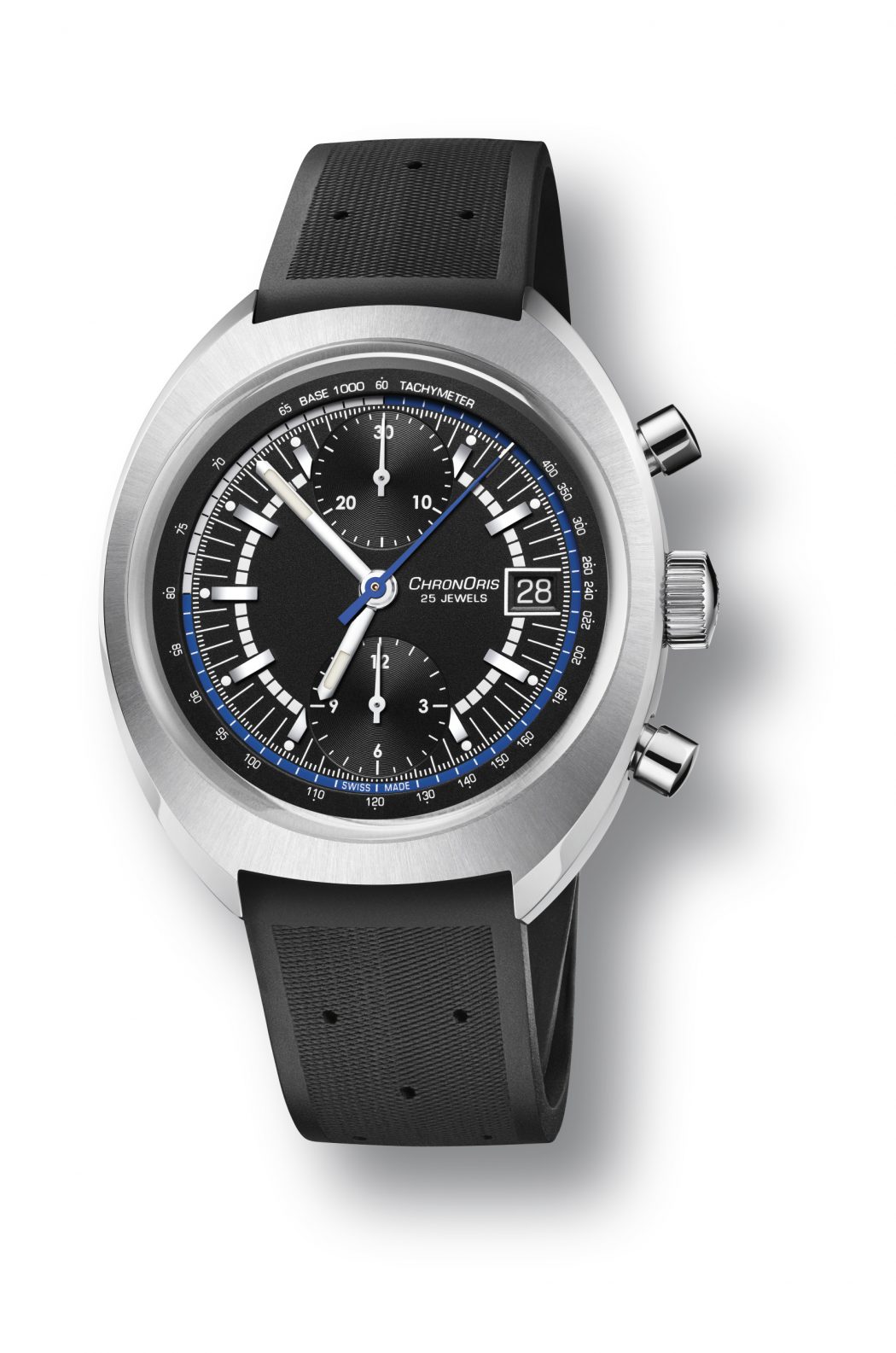 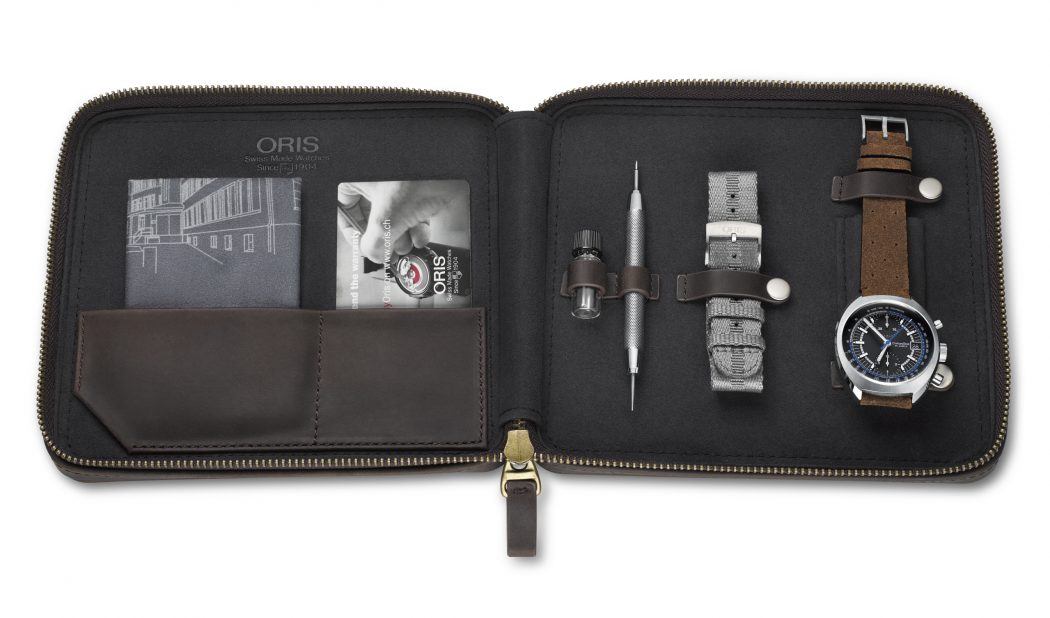 There are few more remarkable figures in motorsport, and indeed in sport, than Sir Frank Williams. The legendary founder of Williams is a force of nature, a visionary who turned his British outfit into a championship winning team, and one of the most successful Formula One teams in history. Williams Racing has won 16 FIA Formula 1® World Championships, nine constructors’ and seven for drivers’. Oris and Williams Racing first came together in 2003, and Oris is now the team’s longest-serving partner.

This year, Williams Racing celebrates the 40th anniversary of its first Grand Prix, at the 1977 Spanish Grand Prix. To mark this historic moment and Sir Frank’s extraordinary achievements, Oris has created a limited edition version of its iconic Chronoris, also a product of the 1970s, the Williams 40th Anniversary Oris Limited Edition.

The 40mm stainless steel watch is characterised by its streamlined case shape, an homage to the original Chronoris, and houses an automatic chronograph movement that provides a central seconds chronograph hand and 30-minute and 12-hour counters at 12 and 6 o’clock.

Oris’s designers have given it a number of touches to denote the link to Williams. The central chronograph seconds hand and minute scale are both in Williams blue, while the case back is embossed with the Williams Racing logo. It comes on a brown leather strap or on a black rubber strap, or an articulated metal bracelet.

The new watch is a fitting tribute both to Williams Racing and its eponymous founder, and also to the Chronoris. When it was launched in 1970 the Chronoris became Oris’s first chronograph, created to appeal to a generation of racing enthusiasts hooked on the daredevil exploits of the era’s F1® drivers. Its unconventional, uncompromising case shape epitomised the bold design tastes of the time, and it passed into Oris folklore.

This year, the design has been reimagined and upgraded to suit the demands of a contemporary audience. The Williams 40th Anniversary Oris Limited Edition, the hero piece in the new collection, has a sapphire crystal glass, a 48-hour power reserve and 100 metres of water resistance. It will be limited to 1,000 pieces, a real collectors’ piece.

‘We’re extremely proud to have been working with Williams Racing since 2003 and to be the team’s longest-serving partner,’ said Oris Chairman, Ulrich W. Herzog. ‘We created this watch to show the profound admiration we have for Williams Racing and for Sir Frank, who has been an inspiration to us and to many others for years.’

‘The Williams 40th Anniversary Oris Limited Edition is a wonderful watch and a vivid interpretation of the Williams Racing spirit,’ said Claire Williams, Williams Racing’s Deputy Team Principal. ‘It’s bold, daring and made in the pursuit of excellence. We’re proud to have been in partnership with Oris for so long and would like to thank them for their continued support and for sharing our values.’