The current Infiniti Red Bull Racing driver Daniel Ricciardo has selected two helmets, the first was designed for the 2015 Austrian Grand Prix. The signed helmet is an original Arai produced GP-6 RC and uniquely designed by Jens Munser with Daniel’s distinctive helmet livery. Worn by Ricciardo in the practice session, the helmet has original debris marks from being worn on track. 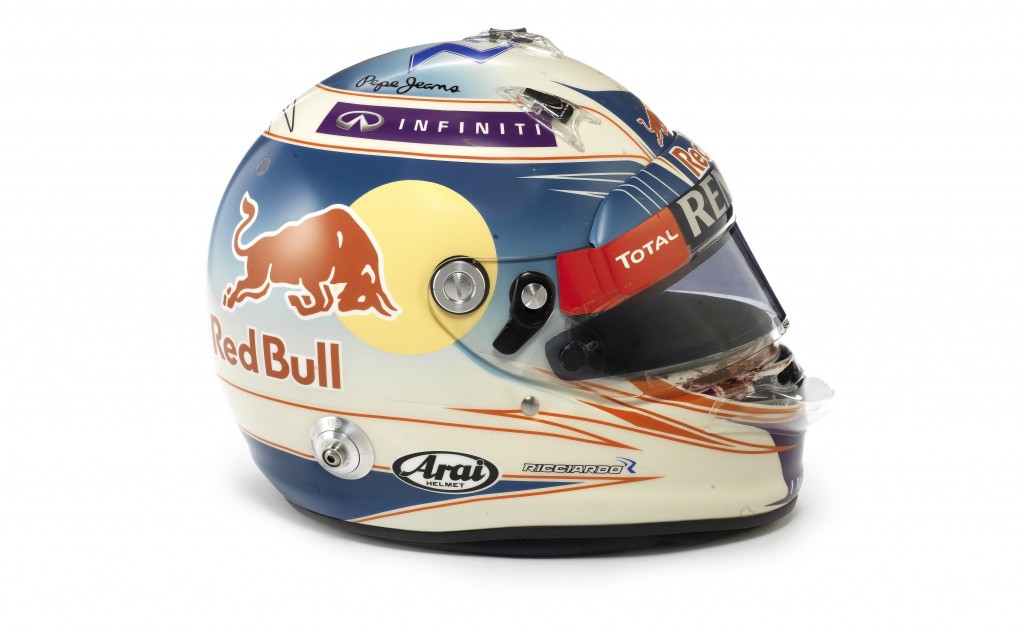 Ricciardo’s second choice of helmet is also designed by Jens Munser, this time produced for the 2015 British Grand Prix. The helmet features a gloss finish with a sparkling pin-stripe design, an Australian flag to the chin guard and purple Infinity sponsor logos. The helmet has been signed in black marker to the rear of the crown alongside the notable Honeybadger “What would he do?” design to the rear. 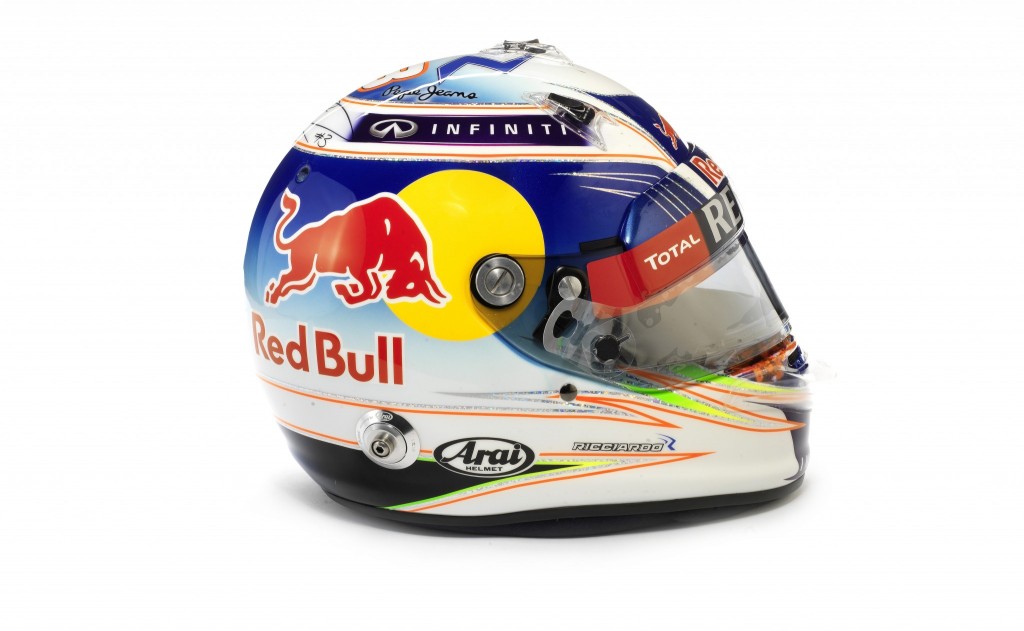 Both helmets are offered with a Perspex display case, an Arai helmet bag and an Infiniti Red Bull Racing Certificate of Authenticity.

Mark Webber, the former Red Bull Racing Formula 1 driver re-joined sports car racing as part of Porsche’s return to the LMP1 class of the FIA World Endurance Championship and the prestigious Le Mans 24 Hours in 2014. Offering an authentic 2014 Stand 21 race suit signed by Mark and worn over the course of his first WEC season. The suit is made of heat- and fire-resistant materials which comply with FIA regulations. 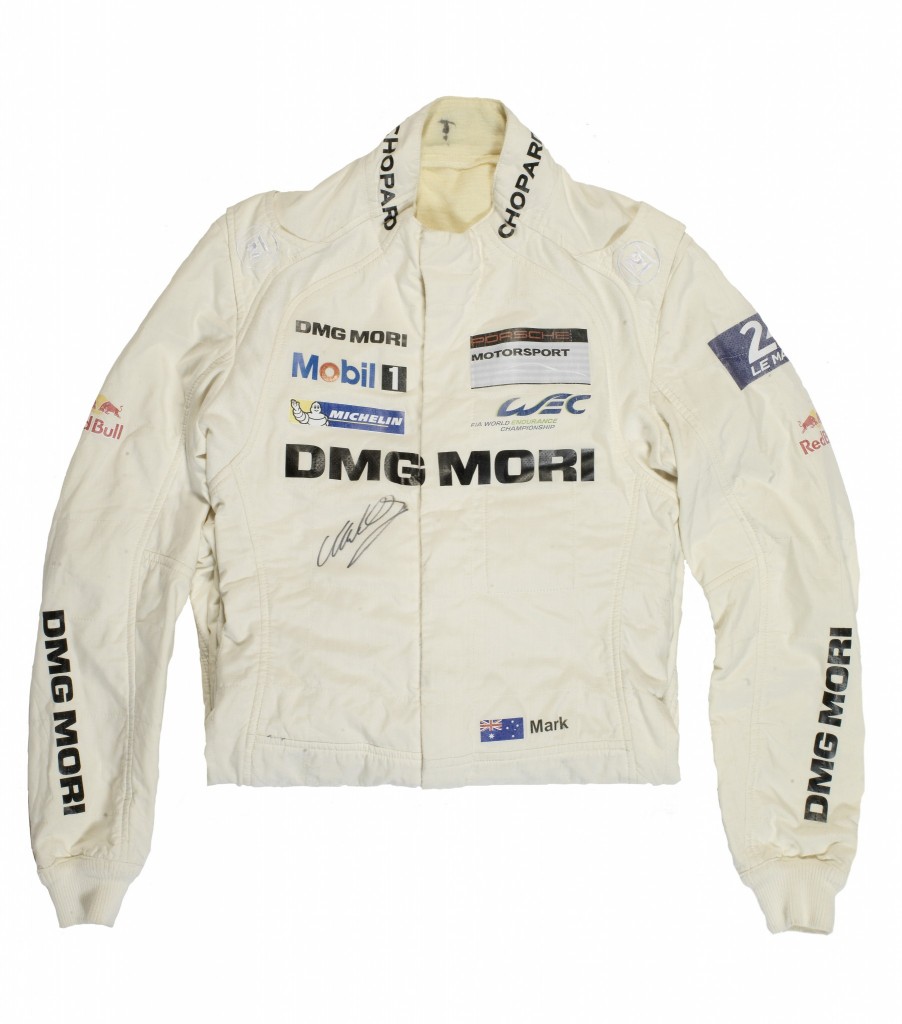 The eight race series began in April 2014 at the Silverstone Circuit and concluded in November at the Autódromo José Carlos Pace. Mark and his teammates scored a total of three podiums in their first season; at their debut race in Silverstone, in Fuji where Mark set the LMP1 lap record and in Bahrain.

The auction will take place on the 10th of December at the Annual Bonhams Auction, in Hendon, UK. Buyers can bid online, by telephone or attend the event in person. 100% of the money raised from these unique Formula One items will go directly to Wings for Life funding cutting-edge research aimed at finding a cure for spinal cord injury. Bonhams kindly waive their fees for Wings for Life and full auction details including how to bid outside the UK can be found on the Bonhams website.