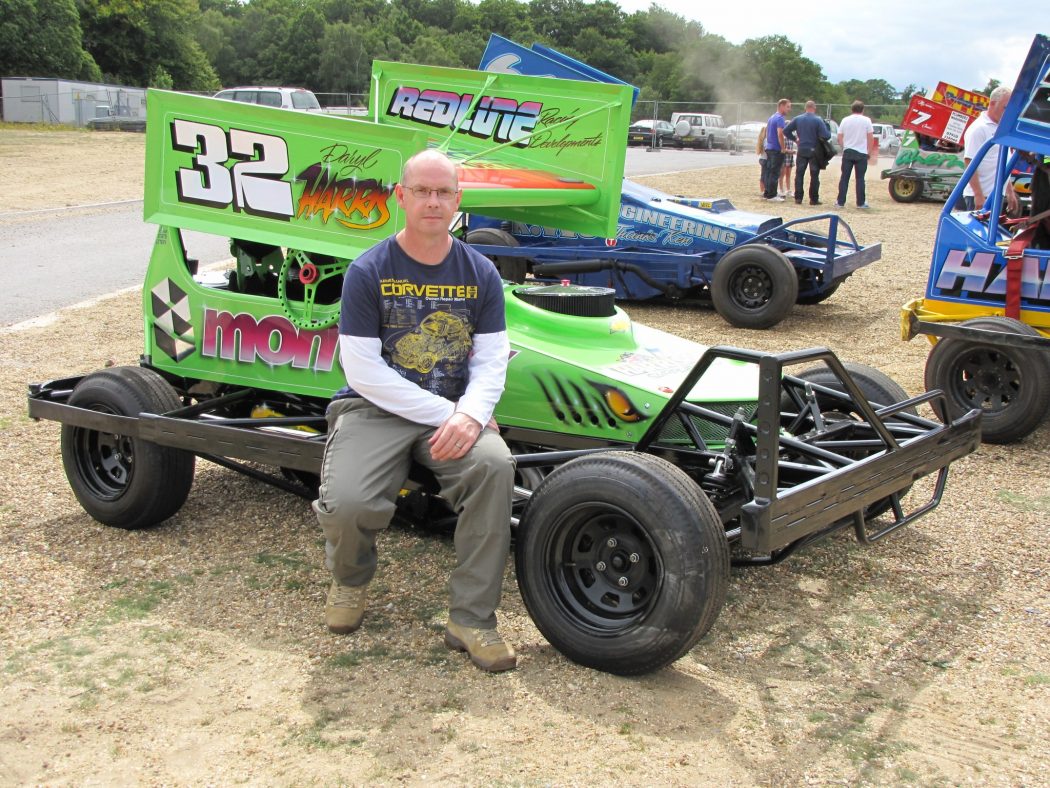 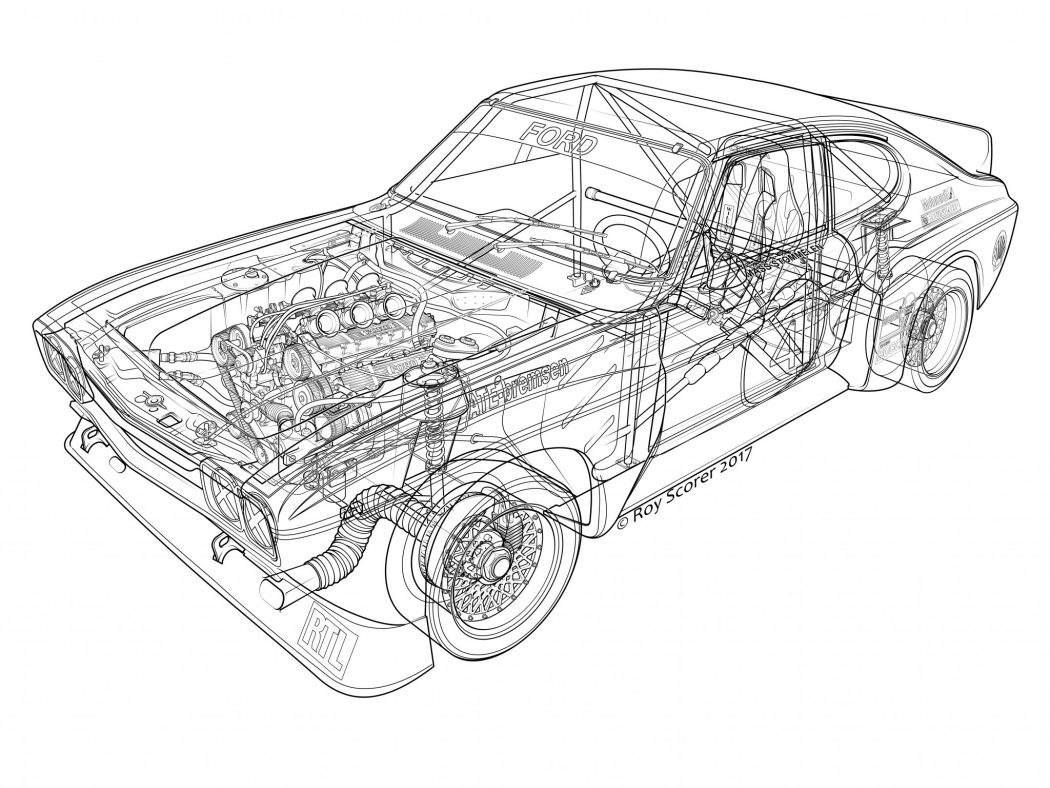 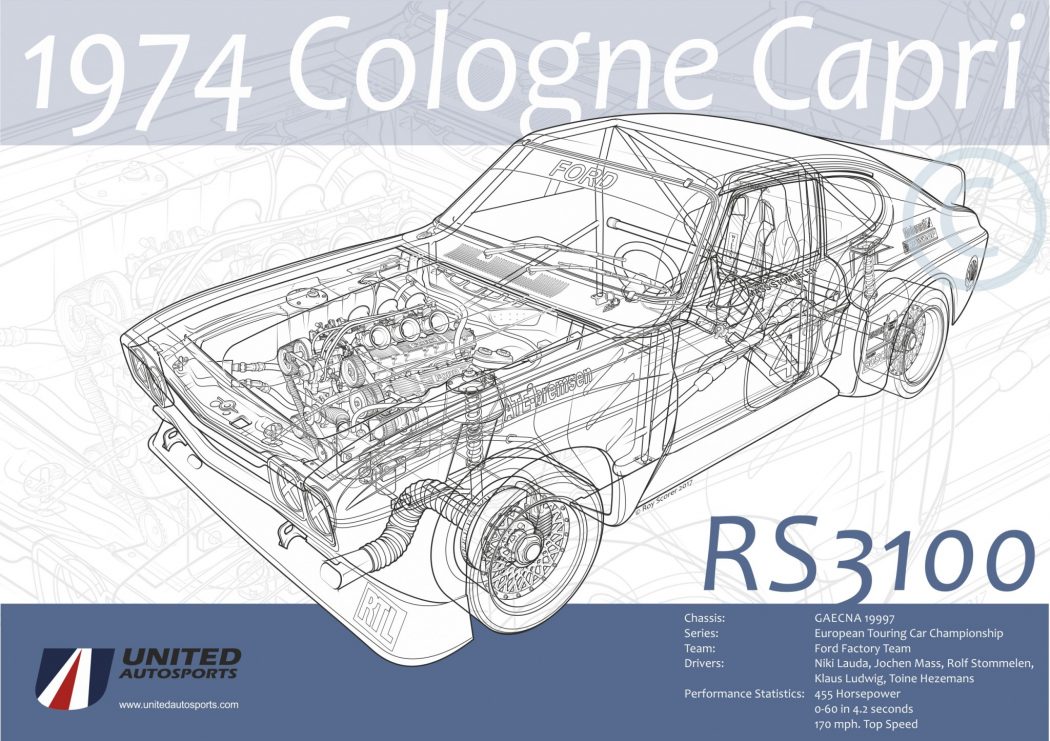 Roy Scorer in now slowly producing a set of line cutaway illustrations for Zak Brown @ United Autosports of his collection of Historic race cars. In between everything else, he’s also hand painting the 1977 McLaren/James Hunt F1 world championship race car previously done as a line illustration. This time Roy shares his take on the 1974 Cologne Capri RS3100 with the Paddock magazine.

This was a very interesting car to illustrate as it had no removable panels except the bonnet and door unlike previous saloon cars that had the majority of panels the mechanics could remove. So there was a lot of web research and many friendly emails asking for information and photos of stripped down Mk1 Capris, especially those that were raced. It’s always surprising what can be found on the Internet if you have the time and patience as Google won’t always have a direct link.

I tried to put as much detail that would make the illustration interesting but making sure it did not become too busy and messy. What looks great when printed 1.5 m wide is not as good when it is an A4 page print.

Some detail areas I couldn’t get clear enough photos or reference so these had to be left out and so far no comments on what is not shown.

I hope you enjoy looking at it as much as I did creating it. Check www.royscorer.co.uk if you’re interested!