Looking ahead to the first race of the 2019 Formula One season in Melbourne: Toto Talks Australia & How Does an F1 Steering Wheel Work?

It’s finally time to go racing again. Everyone in Brackley and Brixworth has poured so much effort and commitment into this new car, so we’re excited to finally see it compete on the track in Melbourne.

Last year, we had to give it absolutely everything to come out on top. From what we have learned so far, this year will be even tougher. It will push us to our limits – and that’s an exciting prospect for every single one of us.

Judging from the performance in Barcelona, it looks like we will have a proper fight on our hands in Melbourne. But an F1 season is not just about who comes out of the blocks quickest; under new regulations like we have this year, it is about who is able to adapt best to the new rules and the new tyres and all the challenges that we will have to master during the year.

The most adaptable and agile team will come out on top this season. We have shown in the past that we are fast and flexible and that we can handle every curveball thrown at us. We’re ready for the fight and look forward to the crazy rollercoaster of a new F1 season.

Formula One cars are very complex machines – even their steering wheels are not exactly self-explanatory at first glance. So, we’re taking a closer look at F1 steering wheels, some of their many functions and how exactly they are designed and built.

How many buttons and switches does an F1 steering wheel have and what do they do?

Our 2019 steering wheel has a total of 25 buttons and switches and, of course, the clutch and the shift paddles. Five of those buttons and switches change the brake settings of the car: the driver can shift the brake balance from the front to the rear or vice versa, to optimise the brake balance for an individual corner, change the amount of engine braking or adjust the brake migration, which is a dynamic change of the brake balance depending on how hard the driver brakes. Another three switches control the differential – the amount of torque transfer between the rear wheels – for the entry, the apex and the exit of a corner. The rest of the buttons and switches have a variety of different purposes, from adjusting the settings of the Power Unit to changing the data that is displayed on the screen, activating the radio or the pit lane speed limiter. The Drag Reduction System (DRS), which will have an even stronger effect in 2019 due to the bigger rear wings, can also be activated at the push of a button. 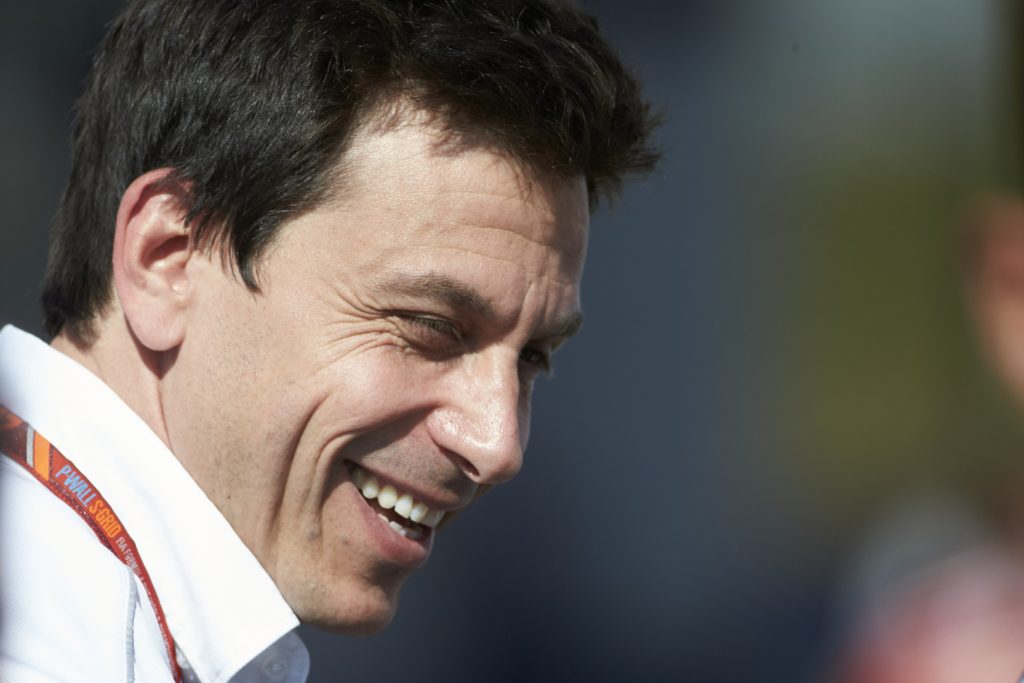 What are the most important buttons?

The importance of the button depends on the situation. If, for example, a driver can’t hear his race engineer anymore, the volume control of the radio suddenly becomes very important. If you were to ask a driver which button he thinks is the most important, he’d probably choose the “Strat” switch as it has a big impact on the performance of the car. It controls the Power Unit modes and will impact both the performance of the internal combustion engine as well as the deployment of electrical energy of the MGU-K and change the recovery of energy of both MGU-K and MGU-H. Since there are different mileage allocations for each strategy mode to balance performance and reliability, the driver will usually be told by his race engineer which “strat mode” he should use at a given time.

What functions on the steering wheel are used the most?

The most used functions of the steering wheel are by far the actual steering itself as well as gear changes. On a typical lap in Melbourne, for example, the driver will use the shift paddles around 50 times. 15 shift indicator LEDs located above the central display help him to find the ideal shift point. In addition to steering and shifting, an F1 driver will make a number of adjustments to the brake balance, fine-tuning the car to different corner characteristics.

What is an F1 steering wheel made of?

There are a number of materials used in a steering wheel, but the main materials are carbon fibre, fibreglass, silicon, titanium and copper. Those five components are the main ingredients of the several hundred individual parts that form the bigger components inside an F1 steering wheel. The majority of those components – the circuitry, the circuit boards, the carbon enclosure, the quick release, the electrical connectors and the steering itself – are built in-house in our factory in Brackley. Only two components, the central display and the underlying circuit board are not built in Brackley as they are common parts shared by all teams.

Has the steering wheel changed compared to last year’s?

Our 2019 steering wheel is an evolution of last year’s design. We have made some changes, but most of them won’t be visible from the outside. 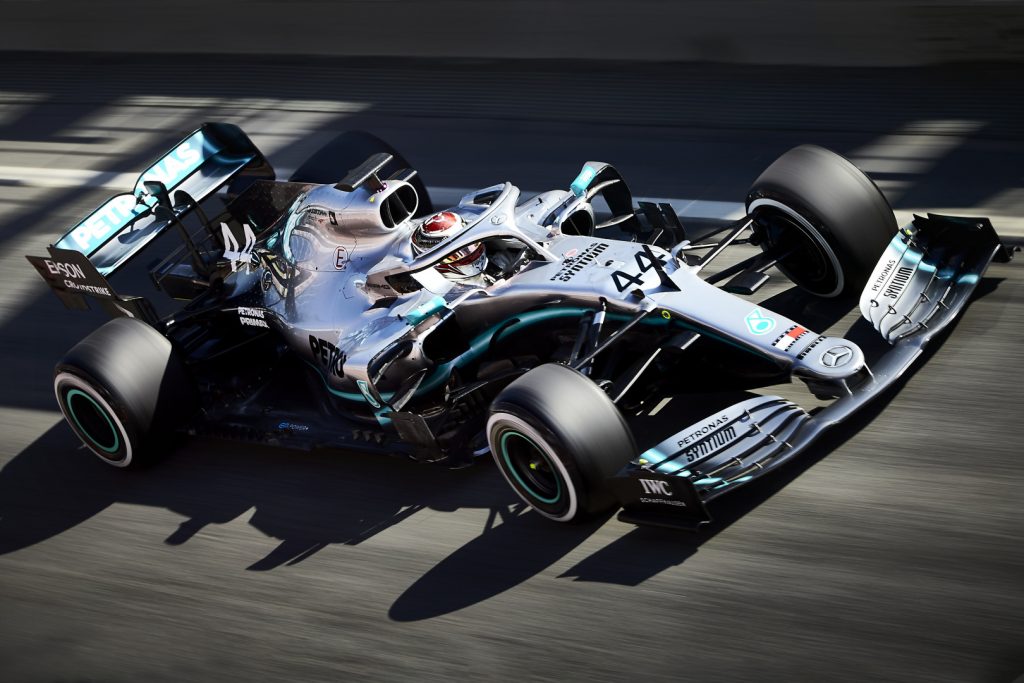 Are the drivers involved in the design process of a steering wheel?

Yes, in fact, they’re quite heavily involved in the design process because the wheels are custom-built to their individual needs. Both the ergonomics of the wheel and the physical layout of the shape and the grips are fitted to their hands and the way they like to interact with the steering wheel. Those changes are not just made at the beginning of the season. The steering wheel design is a continuous process. During the season, drivers might ask for changes to the grips and the layout of the buttons and switches – based on the individual demands of the driver and the track layout.

How difficult is it to interact with the different buttons when the car is going at full speed?

Very difficult. A Formula One car is not only very fast but also subject to heavy vibrations, particularly at circuits with a relatively bumpy surface. The fact that the drivers wear gloves and that the buttons are relatively small doesn’t make the operating the wheel any easier. But there are a number of things that make manipulating the various buttons and switches a little easier. To reduce the risk of accidentally hitting the wrong button, the team uses buttons that are also used on aeroplanes. These high-reliability buttons are not only made to endure a high number of actuations, they also require a strong tactile force and give the driver a sold click feedback when he presses them. The team has also installed small plastic rims around certain buttons to minimise the risk of hitting a button on accident. The layout of those rims can change on a race-by-race basis. They are particularly important for tight turns like the hairpin in Monaco when the drivers use the maximum steering angle. Additionally, the team always has a watchful eye over the data and can inform the driver immediately should he accidentally choose a wrong setting.

How many steering wheels does a driver have?

Over the course of a season, each driver will get three to four wheels. One wheel takes about 80 hours to build. Mechanical designers, electrical designers and wiring technicians are involved in the design and build process.