I thought from my side it was a decent race. I lost out a little bit at the start – I maybe just didn’t do the best job or place the car exactly where I should’ve done. After that, the race was going very well, I was keeping up with the Ferrari, the pace was pretty strong and then we had a slow puncture, which just took us out of the race and I lost a lot of points and a lot of positions because of that. Just more unlucky times! But the team did a good job today. I feel like I drove a solid race and it was just unfortunate again. There’s nothing we could’ve done, but I think we should still be happy with the way we ended the season. We weren’t quite quick enough at times, but that’s not down to a lack of effort.

Thanks to the whole team for all their hard work. They’ve been amazing all season. We still have a couple of days of testing to go before the break, but soon it’ll be time for a well-deserved break and a reset before next year.

We made a position on the first lap, which put us in the fight with the Alpines. I felt like I had a bit more pace than them, but it was honestly just really tricky to overtake. We tried to stick it out but with the Virtual Safety Car, we lost positions. I think in clear air I would’ve had a bit more pace to show, but it was just tricky with track position. That’s what happens when you qualify a little too far back. Something I want to improve next year is the performance on Saturdays, and I think that’ll make Sundays a bit easier.

Thanks to the team for their hard work this year. We’ve had some fantastic moments, Monza being the highlight, and I can’t wait to build on the progress we’ve made in 2021. Before that, I’m looking forward to heading home, recharging the batteries a bit and getting ready to come back fighting next year.

We end a positive season with a tricky and dramatic race. Lando did well to bring the car home in the points after plenty of disruption towards the end of the race. Unfortunately, for Daniel, the timing of the Safety Car limited his opportunity to fight with the Alpines. We thank Lando and Daniel for their hard work this year. They’ve helped us score the most points since 2012, secured five podiums, and achieved our first win in nine years.

I’d also like to thank several groups of people for their commitment and dedication after this long season. Our race team, who spend their weekends away and sacrifice special moments with loved ones in service to the team, chasing performance at every opportunity, and our team back in Woking for their dedication and support around the clock to put us in the best possible position to perform on the track. We’re also lucky to have two fantastic simulators and development drivers in Oliver Turvey and Will Stevens. With so many new circuits this year, their work has been even more important.

To our fans, whose support we feel all around the world, and are the reason we do what we do: we thank you for your continued passion and friendship and we hope you’ve enjoyed following our journey this year. To our sponsors, without whom we simply wouldn’t be able to go racing: we value our partnerships and look forward to enjoying more success with you in the near future.

To F1 and the FIA, who have worked exceptionally hard to deliver this season under tricky circumstances: that work has been rewarded with one of the most exciting seasons in memory. At the same time, we thank the outgoing FIA President Jean Todt for his service to our sport and wish his successor well.

Coming into the 2021 season, one of the biggest changes for our team was the change of engine supplier. With the help of Mercedes HPP, we’ve been able to successfully implement this new power unit into our car, helping us deliver our first win since 2012. We also thank Pirelli for their hard work and collaboration, all while developing brand new 18-inch tyres for the new regulations next year.

Finally, it’s been an incredibly exciting year of Formula 1, and as a team, we’re proud of the progress we’re making and the journey we’re on. We’re ready to take on the new regulations in 2022 as we embark on this new era of Formula 1. 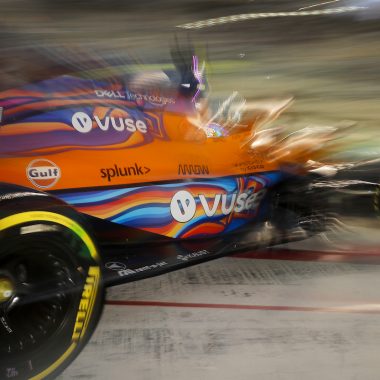 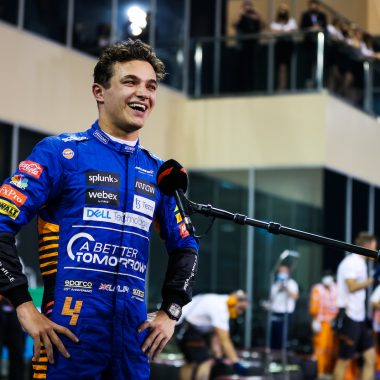 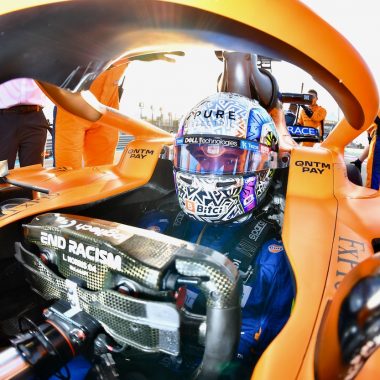 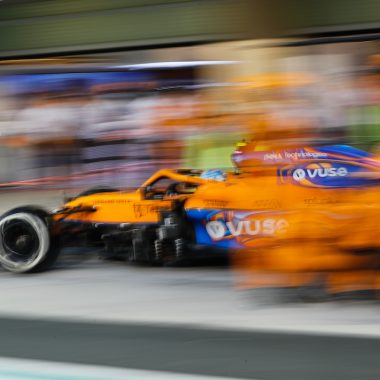 Lando Norris, McLaren MCL35M, leaves his pit box side on 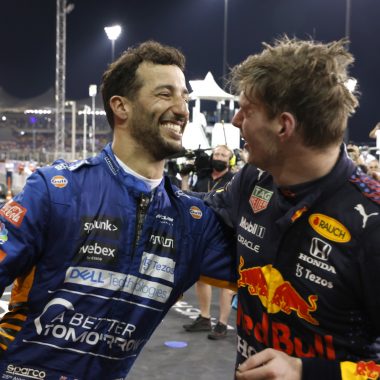 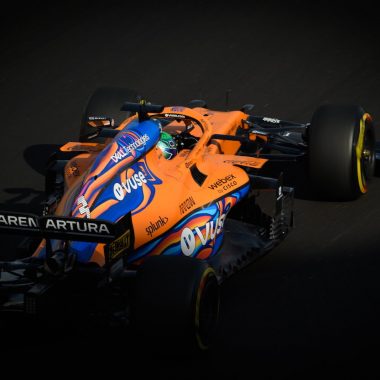 Daniel Ricciardo, McLaren MCL35M from above