Valtteri completed a solid drive to take second place and maximise the points on offer for the second consecutive weekend. Lewis suffered damage at the Turn 10 kerbs and nursed the car home well for 30 laps lacking significant downforce. At the start of the race, Lewis and Valtteri had moved up to P3 and P4 respectively after a safety car restart on lap 4 saw PER drop 10 places when jostling with NOR for P2.

It’s not the result I wanted but it’s still some decent points. I sustained some damage just before I overtook Lando – the rear of the car started to feel strange and it just got worse throughout the race. Otherwise, it would have been a straightforward second place for me. Max is clear out front at the moment so we need to improve our car and start performing better each weekend. The team are working incredibly hard and we need to continue that so we can find performance.

For me personally, P2 one place better than last week and I started from fifth so not a bad afternoon. I think as a team we got some decent points considering the gap we have to Red Bull in terms of pure pace. For me, it’s nice to be on the podium again in second place and I think we really maximised what we could get today. The tyres held on pretty well today which was a surprise. The next two weeks of hard work and learning then Silverstone, it will be great to see the fans there and I hope we can pick up our pace to give it a real fight there.

I think the result probably looks worse in terms of pace than the reality. We were stuck behind the McLaren which cost us a lot of time, otherwise, our pace was good, maybe not enough to win the race but right up there at the front which is a step forward. Lewis picked up some damage at turn 10 – I don’t think he was running particularly hard over the kerb, it was just a piece that fell away so we need to understand what happened. Overall, not a bad damage limitation weekend.

Morale in the team is good, we could see the improvement in race pace was from last weekend so we are making progress and eventually we will be competing for the win again. We are one DNF away from being right there in the Constructors’ and Drivers’ Championships so this is far from over.

A solid day for Valtteri starting fifth and finishing second but a disappointing one for Lewis after he lost a lot of downforce with some bodywork damage before the stop. Our task today was made harder by our poor qualifying but second and third were realistically our best result and around half distance, it looked like we were on track to achieve that. Lando’s five-second penalty gave Valtteri a good opportunity to pass in the pits so we decided to follow him in. Lewis took a lot out of his tyres trying to pass in the first stint but once he’d got through on lap 20, Max was too far up the road for us to mount a challenge so we were just looking for any opportunities with safety cars.

It looks like the bodywork damage for Lewis was at the end of lap 29 just before we came in. The downforce loss was around six or seven-tenths but as it was all from the rear, the balance becomes difficult and we were damaging the rears with sliding. That dropped Lewis from second to fourth but at least we had Valtteri up there to pick up the position. We know we’ve not been strong enough at this track over a range of conditions so we need to go away and work hard to understand that. For the British Grand Prix, we’ll bring an update package and it’s also a track that has suited our car in recent years. We really missed the fans in 2020 but we’ll be working hard over the next few days to recover our form and hopefully can give them something to cheer about on race day. 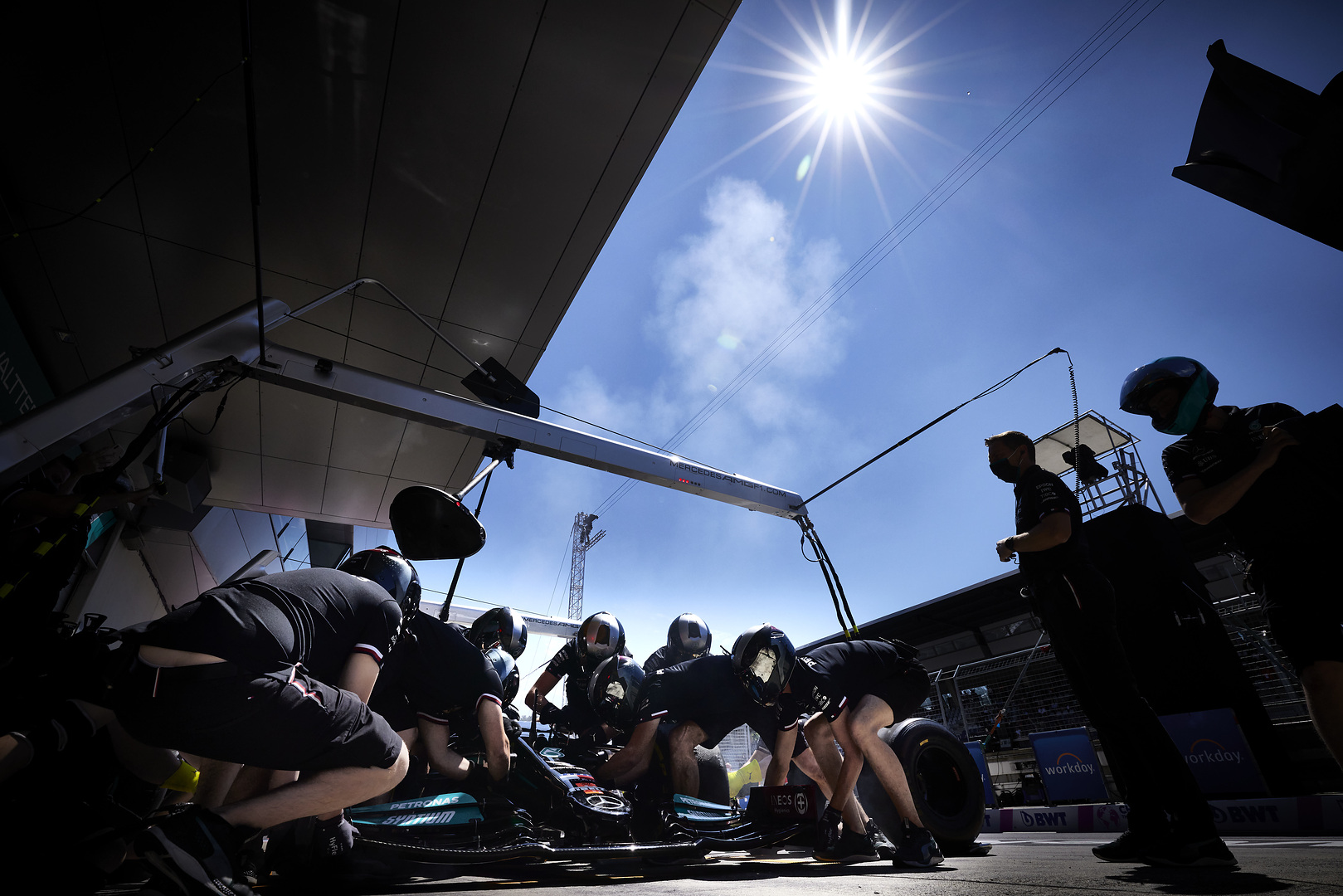 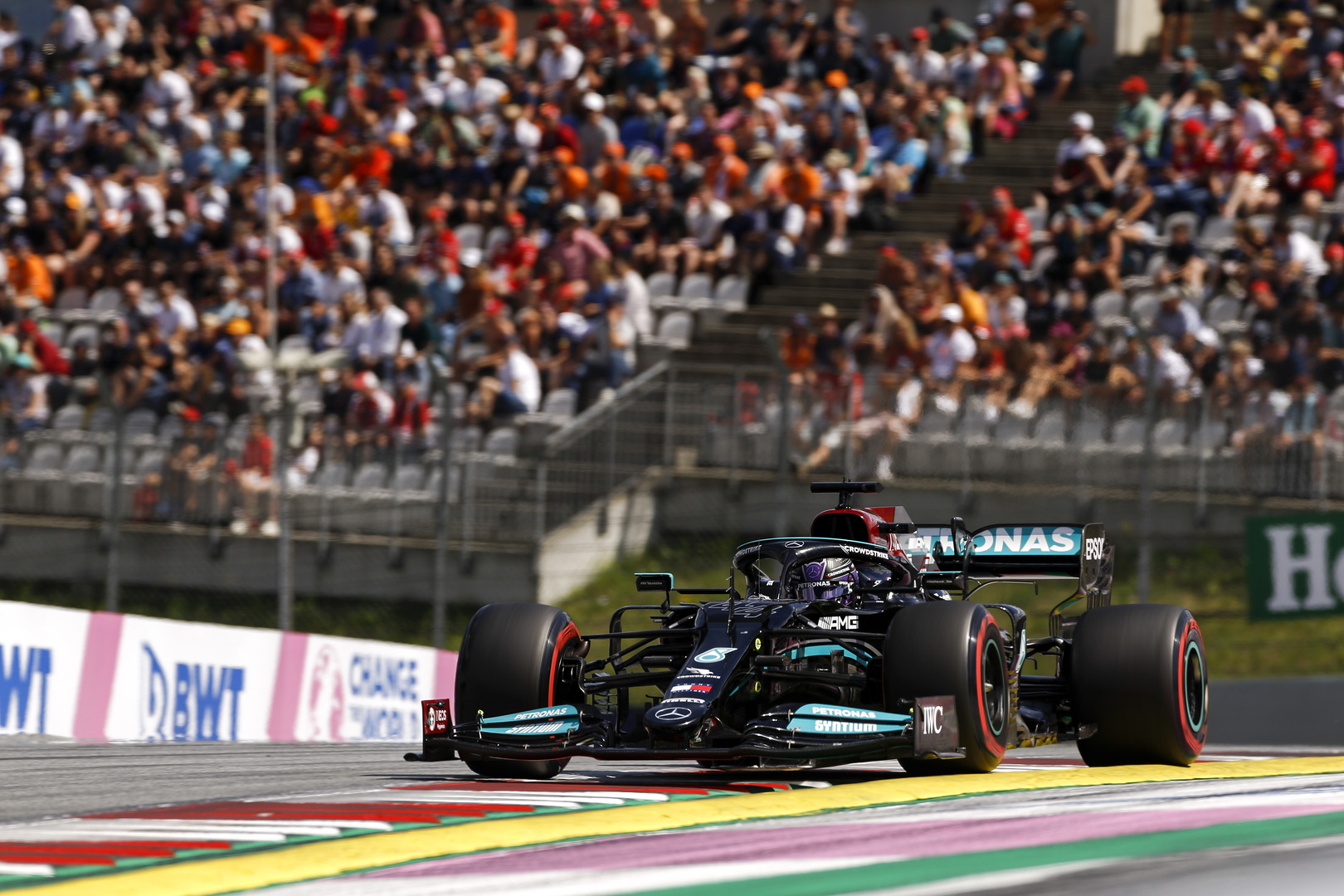 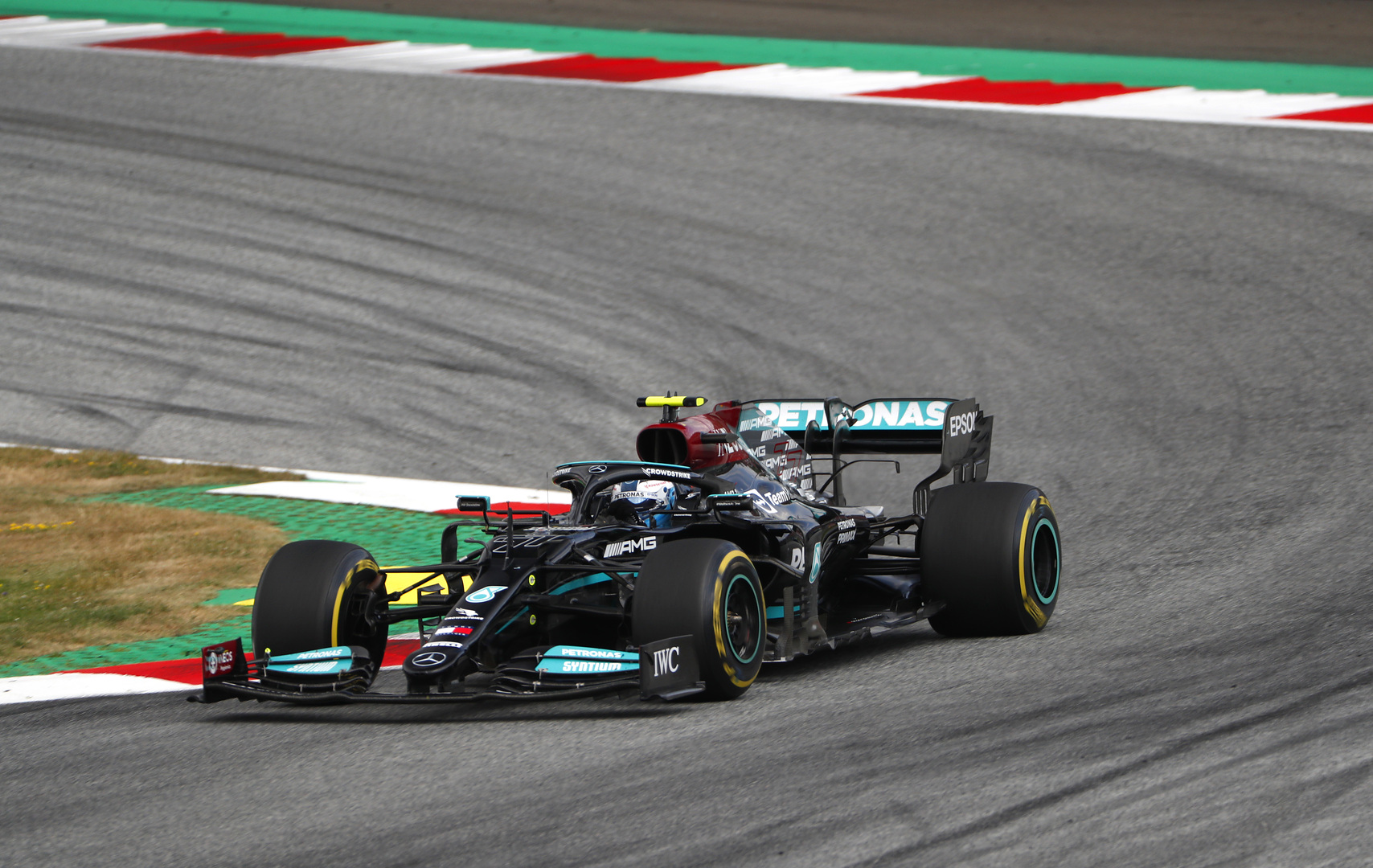 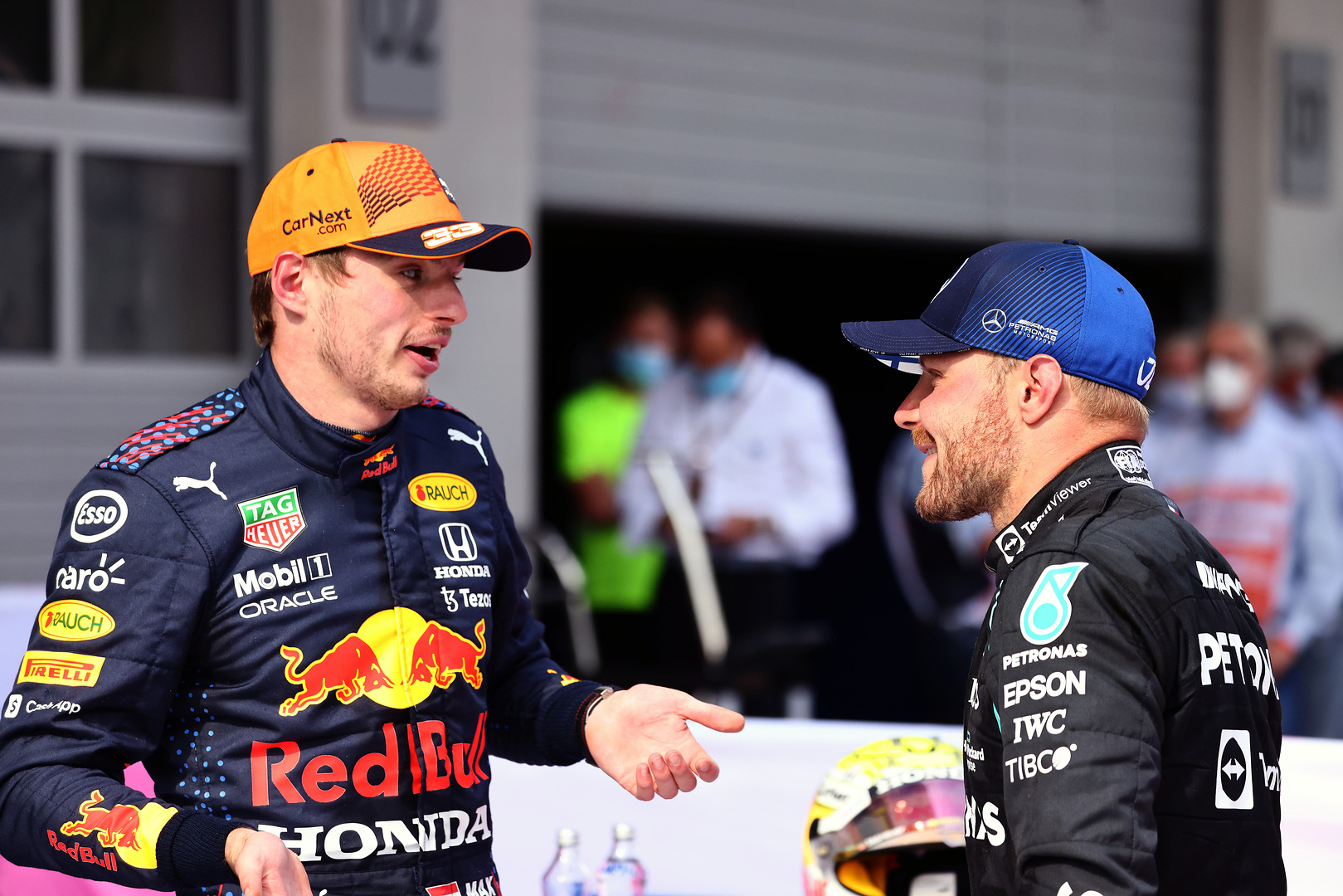 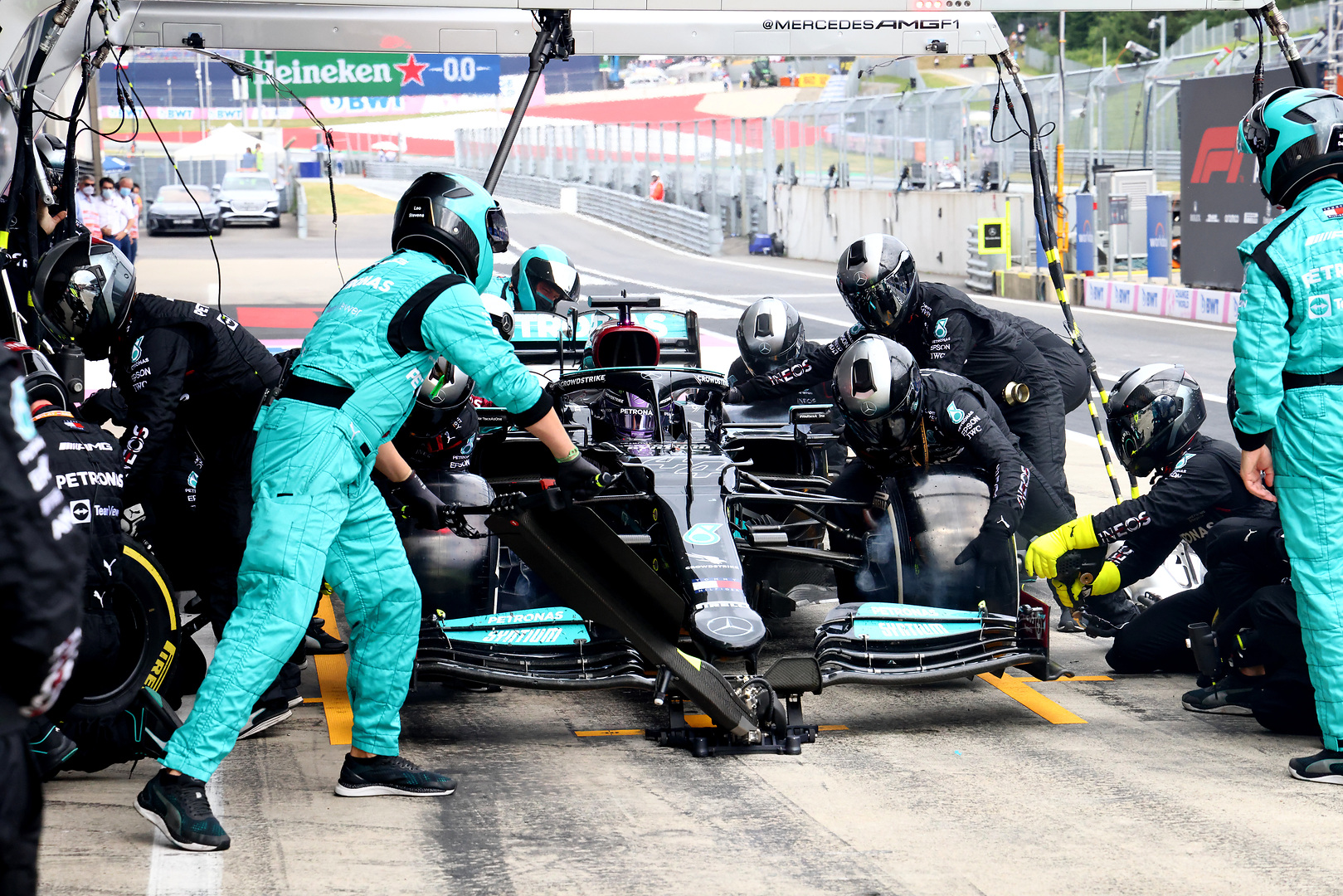