It was just too wet to race. The fans were amazing, sticking with us all day and I’m disappointed they didn’t get to see much action or any racing, but it was the correct decision not to go ahead. I would have loved the opportunity to make up for yesterday, do some racing, do some overtaking and put on a good show. The team in the garage did an amazing job getting the car ready for the race and it’s a shame we couldn’t make the most of their hard work, so I’m annoyed that yesterday’s crash hurt us a lot more than it should have done, but that’s the way it is and we move on to the next one.

Crazy, crazy day, crazy circumstances. It’s lucky we don’t get these situations very often but it is what it is. Sorry to the fans and everyone that stayed out here all day to watch us race, they were awesome. We were really hoping to get a race and obviously it didn’t happen, but it’s no one’s fault, it’s just the situation and circumstances today. We’ve got two races on consecutive weekends now so hopefully, that makes up for it. It made quali more important, so I’m happy I managed to earn a good position yesterday.

What a very strange day! Firstly, the spectators have our commiserations. They endured many fruitless hours in the grandstands, out around the track, and stuck it out to the bitter end, cheering on the teams and drivers. We’re very sorry F1 could not put on a real race today but the right decision was made. It was simply not possible to start safely.

Daniel and his team got their reward for a lot of hard work that went into a very good qualifying effort yesterday. P4 is his best result for McLaren so far. Special thanks also to Lando’s crew who did a brilliant job repairing his car after that big impact yesterday.

We leave Spa-Francorchamps back up to P3 in the Constructors’ Championship. In that sense, this has been a positive weekend. We’re looking forward to the Dutch Grand Prix now and hopefully better conditions in which we can give F1’s fans a great race weekend on the new Zandvoort circuit. 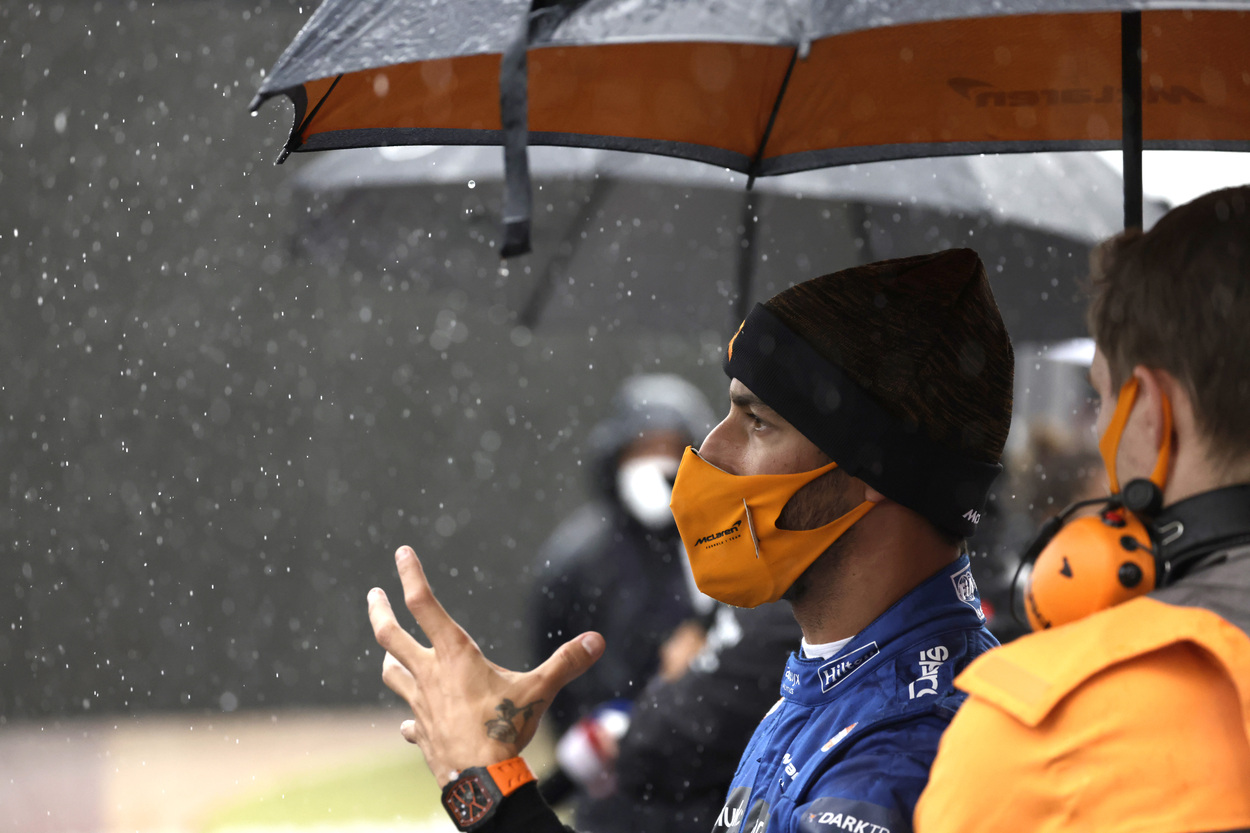 Daniel Ricciardo, McLaren, talks to media from the shelter of an umbrella 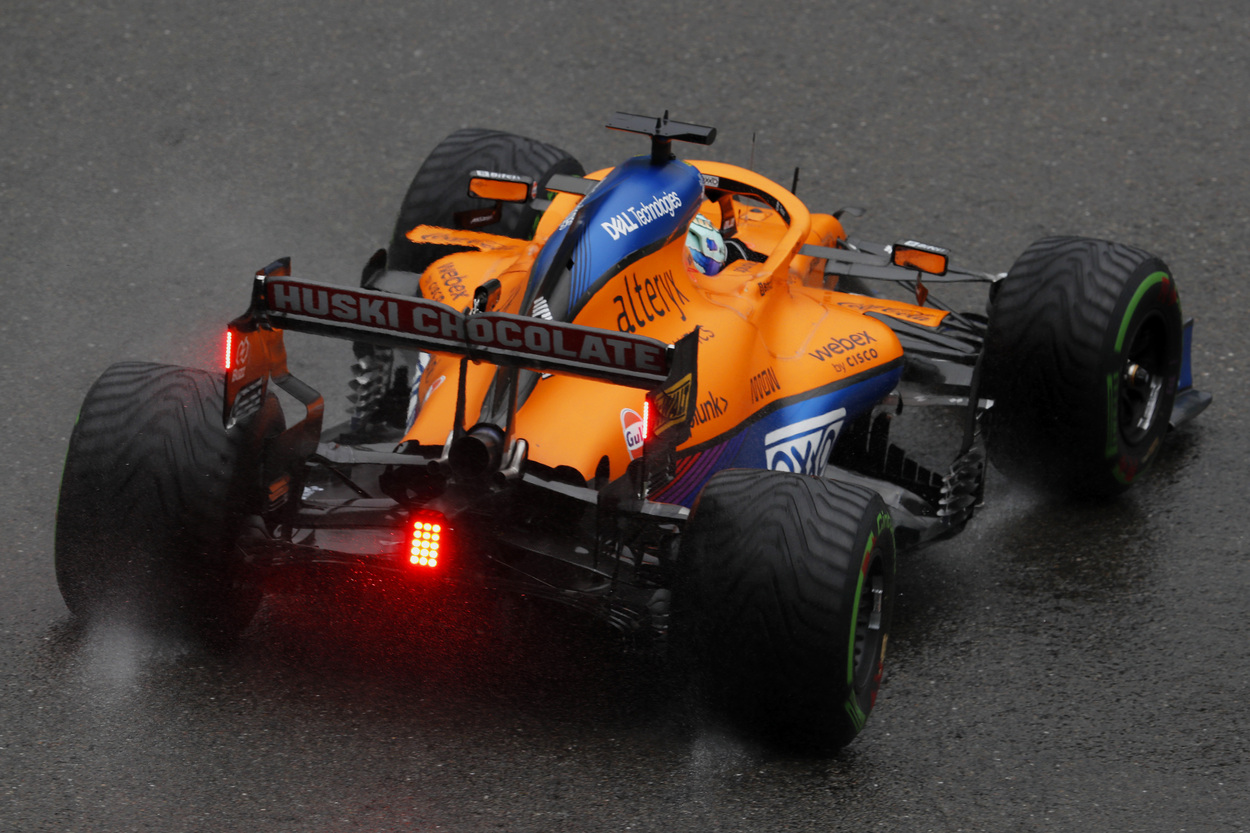 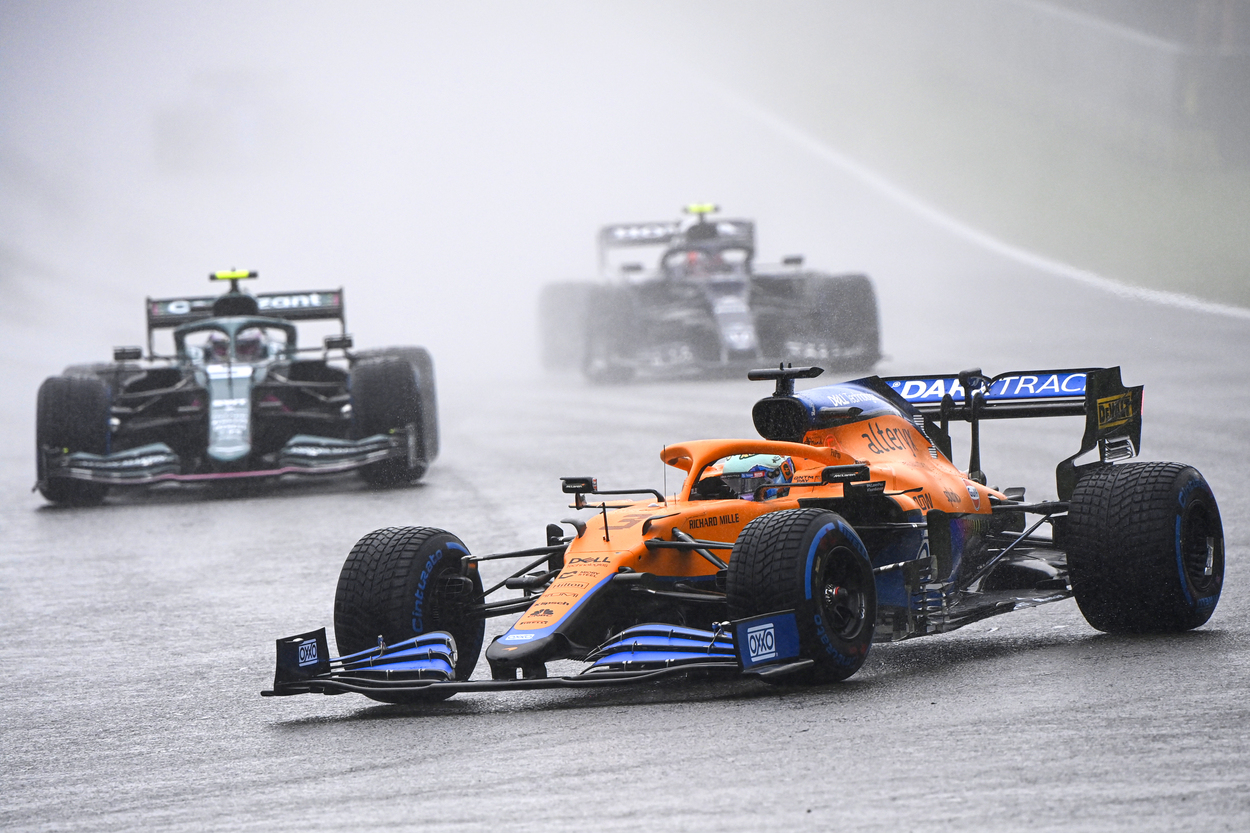 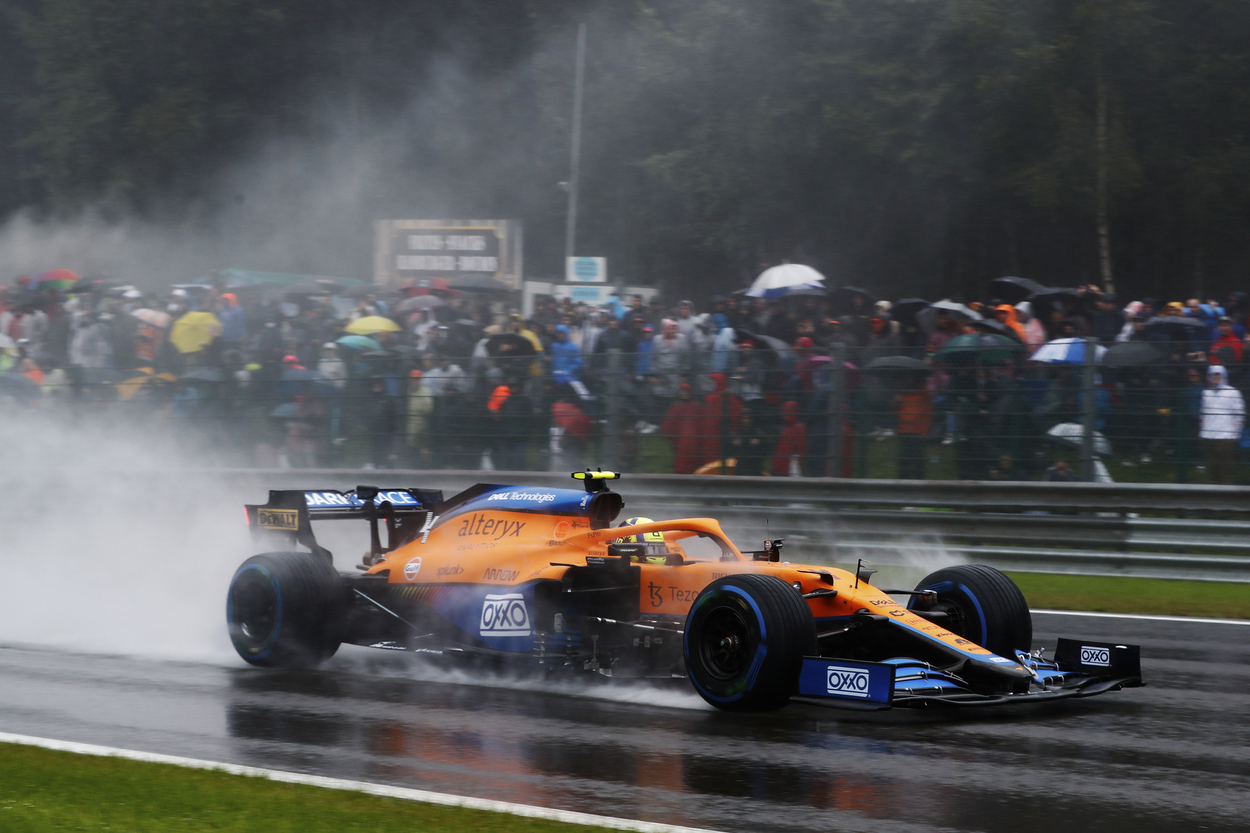 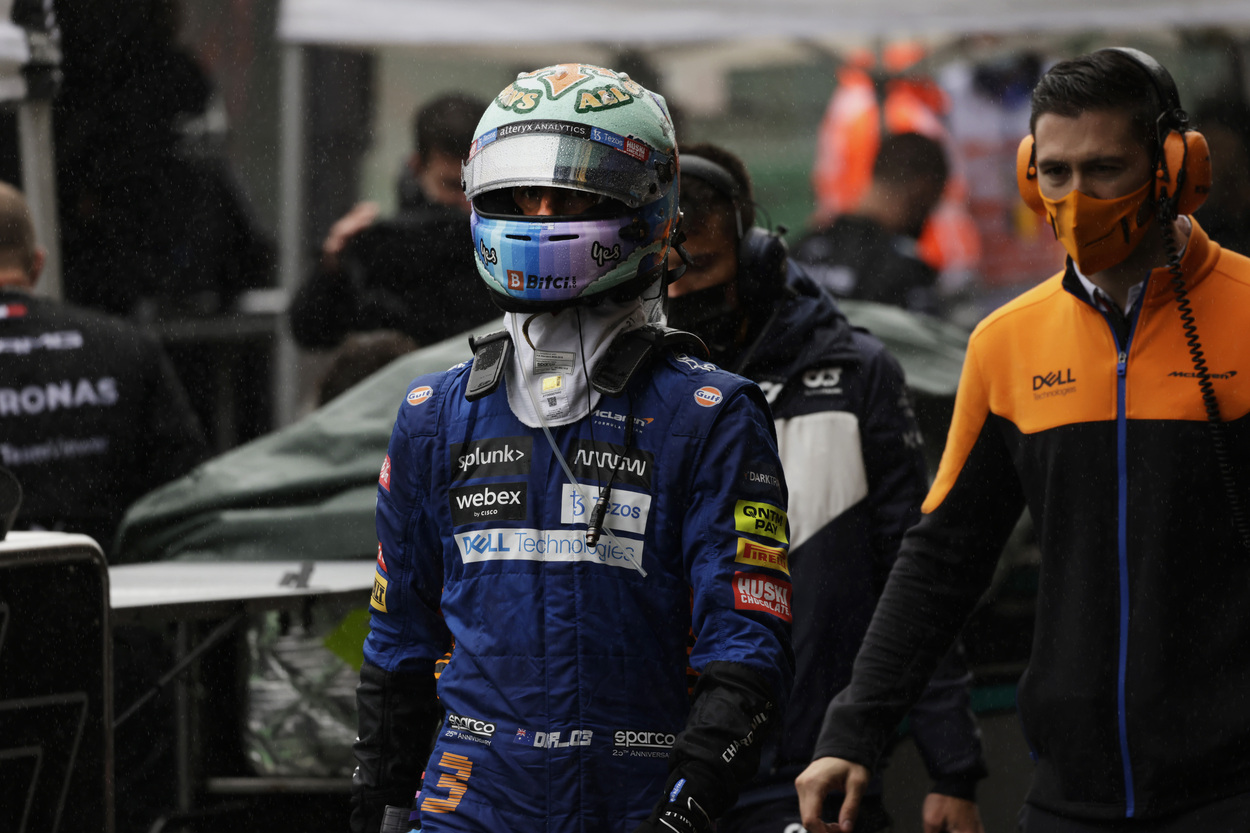