Lewis delivered a famous win from P10 on the grid, having overcome disqualification from Friday’s qualifying, to score his 101st career Formula One victory and his 80th for Mercedes. Valtteri started from pole and delivered a strong P3 podium finish, number 66 of his career, and was closing in quickly on Verstappen’s Red Bull in the final laps. Lewis overtook Verstappen on track on lap 59, having been forced off the track at Turn 4 on lap 48, although the manoeuvre remained mystifyingly without investigation by the Stewards.

I am so, so grateful for the incredible support I’ve had this weekend from the people of Brazil – I’ve not had this kind of support since Silverstone! To hear the crowd throughout the weekend has been really humbling. I’ve just been saying ‘Obrigado Brasil’ all weekend. What a race! The Team here and at the factory did an amazing job, and Valtteri did a great job today to get as many points as possible.

I was pushing as hard as I could from last on grid yesterday, and then with another 5-place penalty today. This was, I think, the hardest weekend I’ve had. But my dad said ‘you reminded me of 2004’ when I was in Formula 3 in Bahrain – I started last and I finished 10th and then I finished 1st so, this one is for my dad.

Coming into this weekend I never, ever thought we’d be able to close the gap like we have today. And then things just kept going against us, but I think it really shows, just never give up. Whatever you’re facing, you’ve just got to keep pushing, keep tumbling away, keep fighting. Never, ever stop fighting. That’s how I’ve approached this weekend. It feels like a first because I don’t feel like I’ve had a win for a long time.

The start today was quite tricky, it was a disappointing first lap but I tried my best. After that, the pace was good and from the cockpit, I thought we could have a chance of the one-stop, but we decided to do a two-stop. The team put me in a good place to take advantage of the VSC, and it fell my way for once, so I was happy with that. Overall, I’m glad we could score more points than Red Bull today – it was a positive result. Congratulations to Lewis, he had an amazing drive.

What a weekend from this team. We started the weekend on the backfoot with our self-inflicted engine penalty, we got disqualified yesterday which was harsh, and then today in the race, things went against us too. This team has always been together, but these decisions have brought us so close. It felt like everything was against us and I think that’s what Lewis has felt all his life and we now feel it together as a team and we’re going to fight – that is the emotion we’re feeling in the garage at the moment.

Yesterday Lewis produced one of the best drives we have ever seen. I don’t know how many overtakes there were across the weekend but Lewis was left, right, and over them. And today, his driving was immaculate. Max forced him off the road at Turn 4 and Lewis was very clever to avoid contact. It was great to see these amazing drivers but not giving a 5-second penalty? Come on!

Valtteri banked crucial points for the team today and his driving was top-class all weekend, a very strong podium for him today to follow his victory in the sprint yesterday. This season keeps delivering and you can see how quickly the tides change – last weekend we went away beaten up in Mexico, this week we had the faster package. Red Bull could be very strong in Qatar next week and that is to be expected. May the stronger one win. Last weekend it was them, this weekend it was us – we’ll fight to the end. 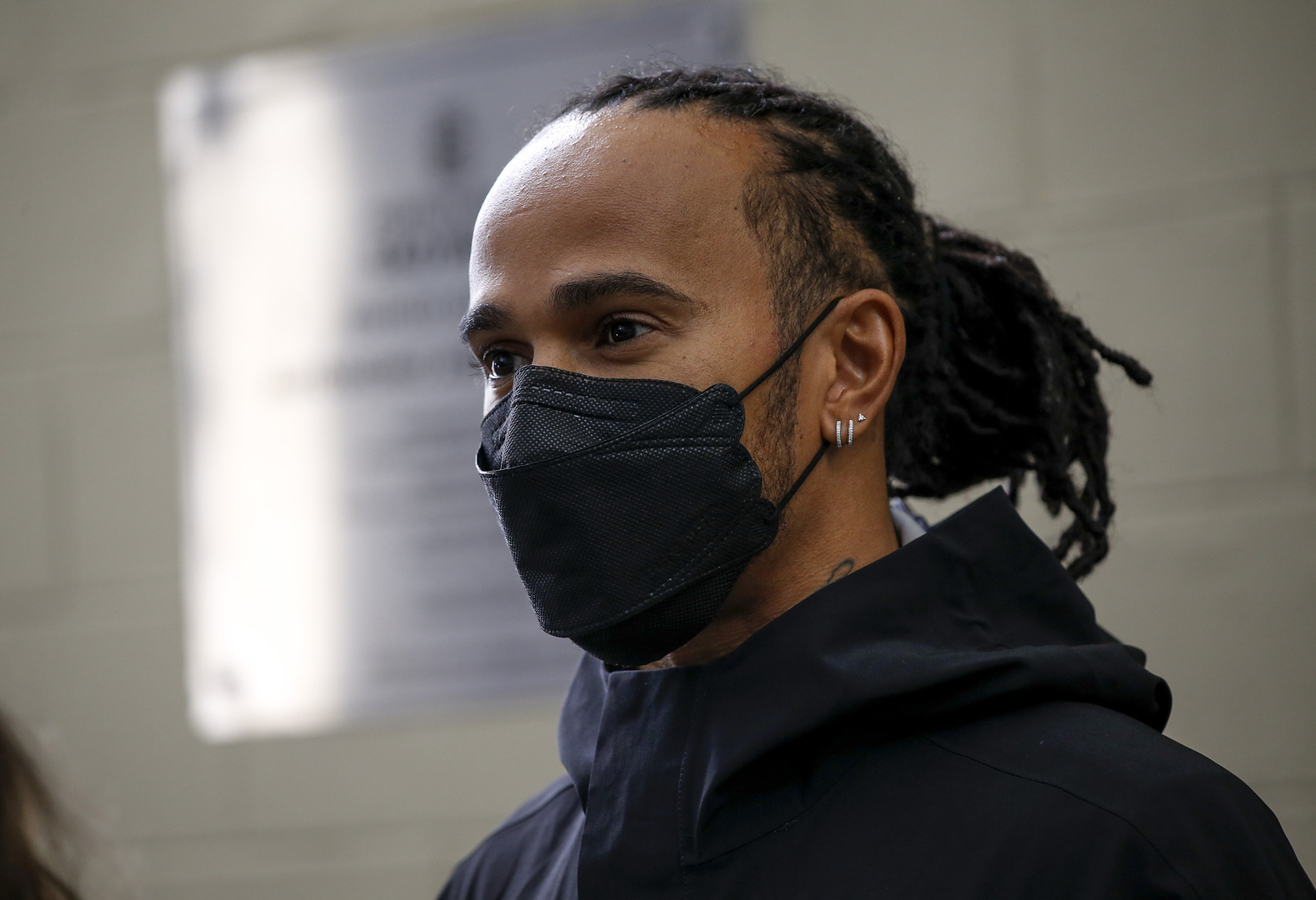 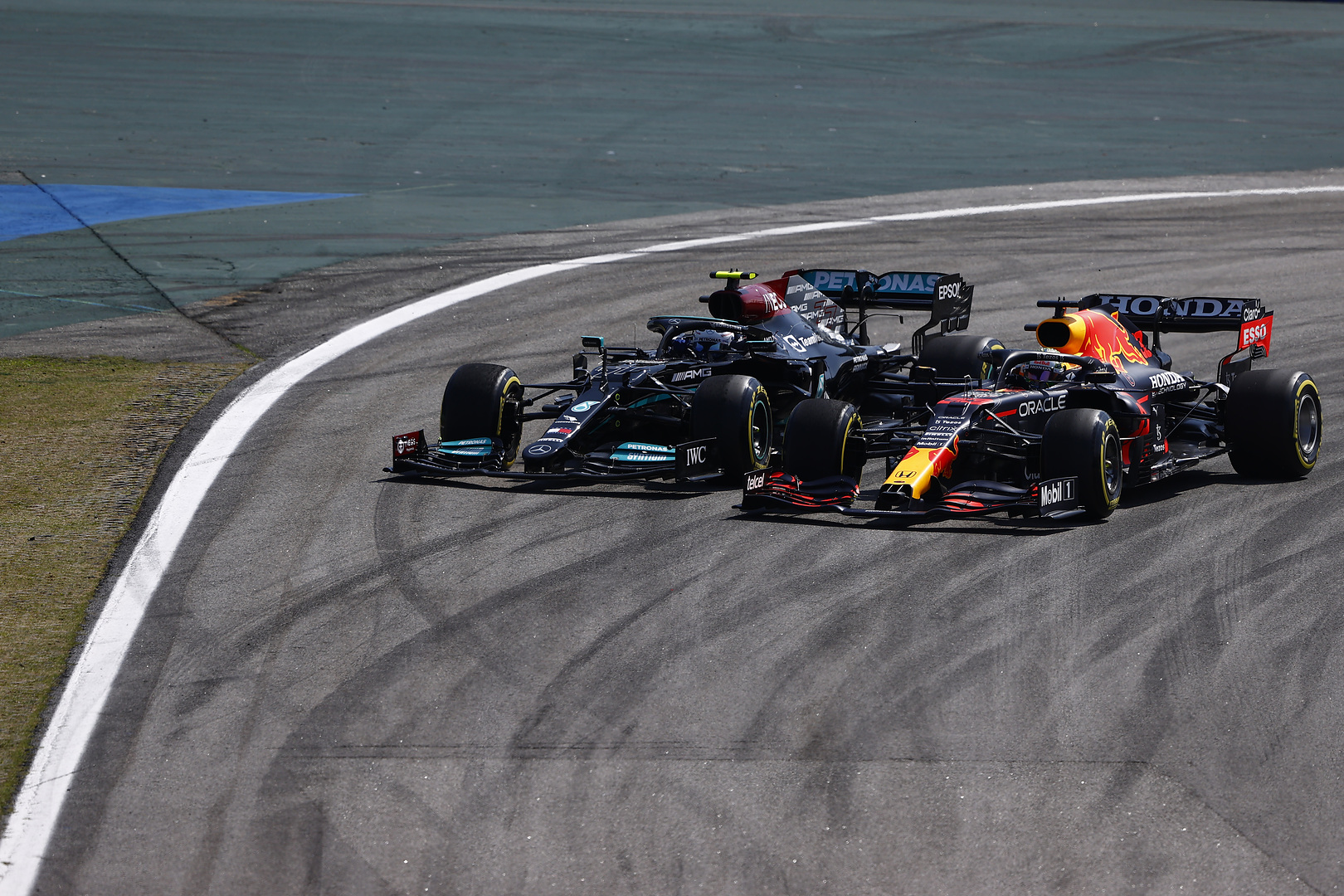 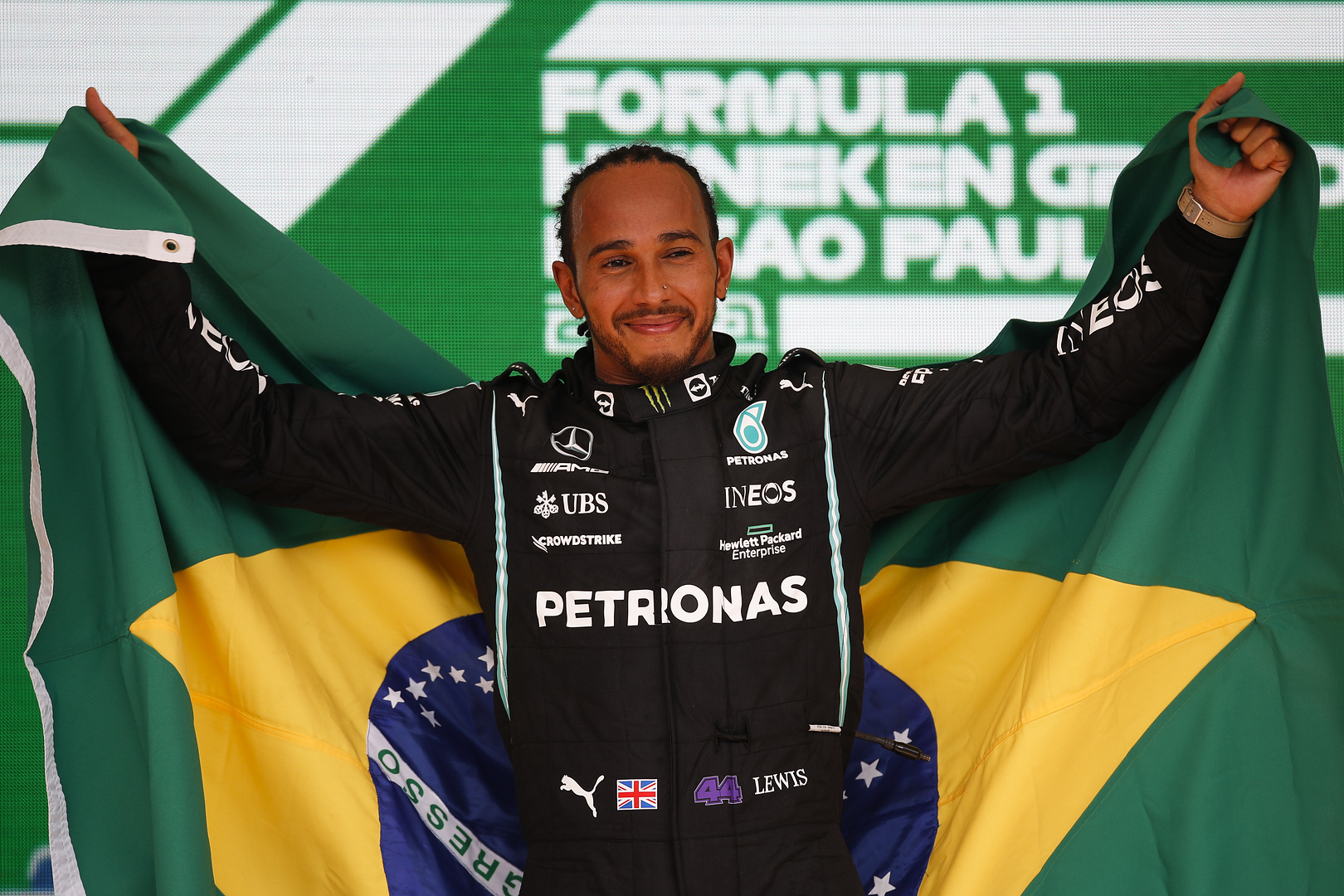 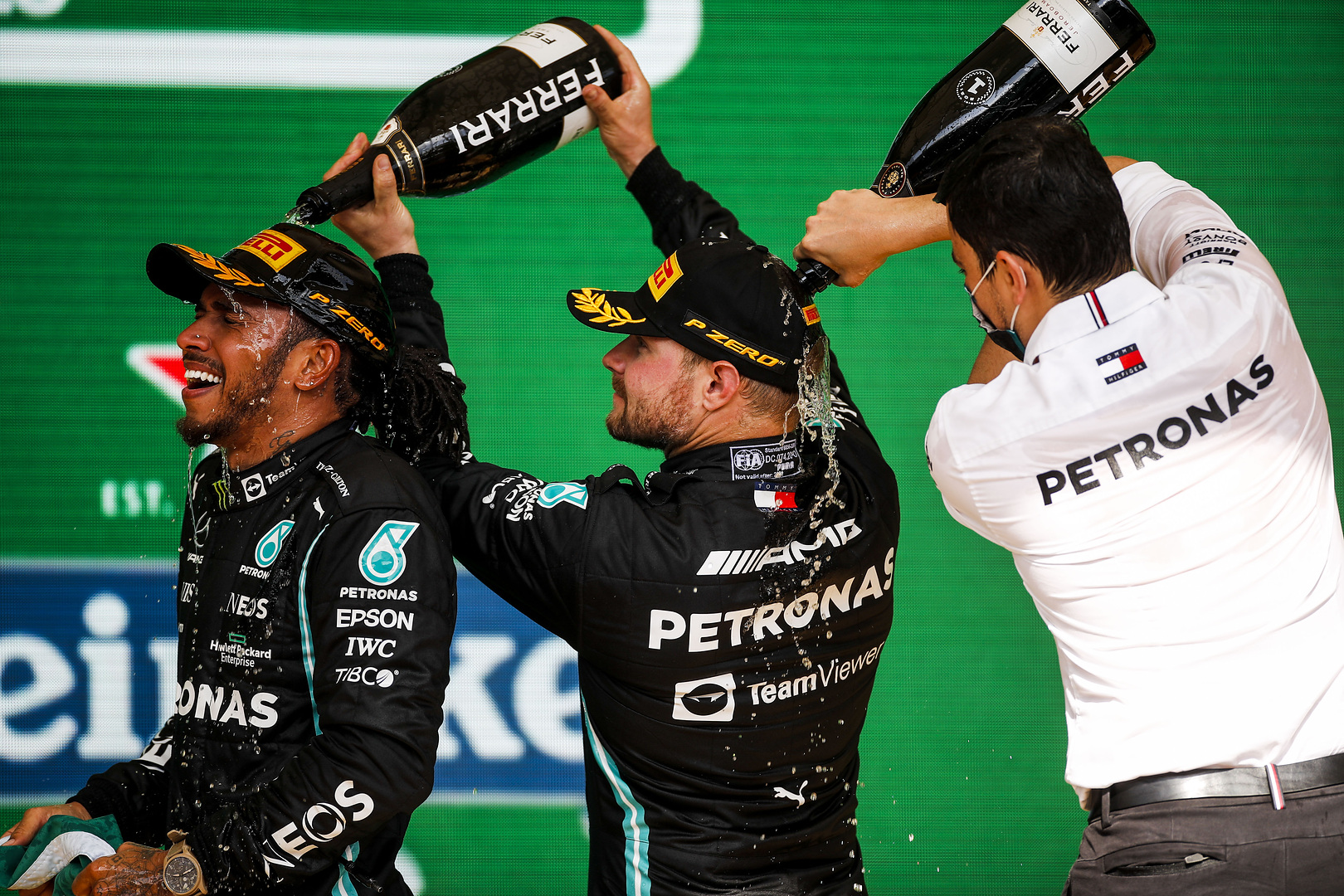 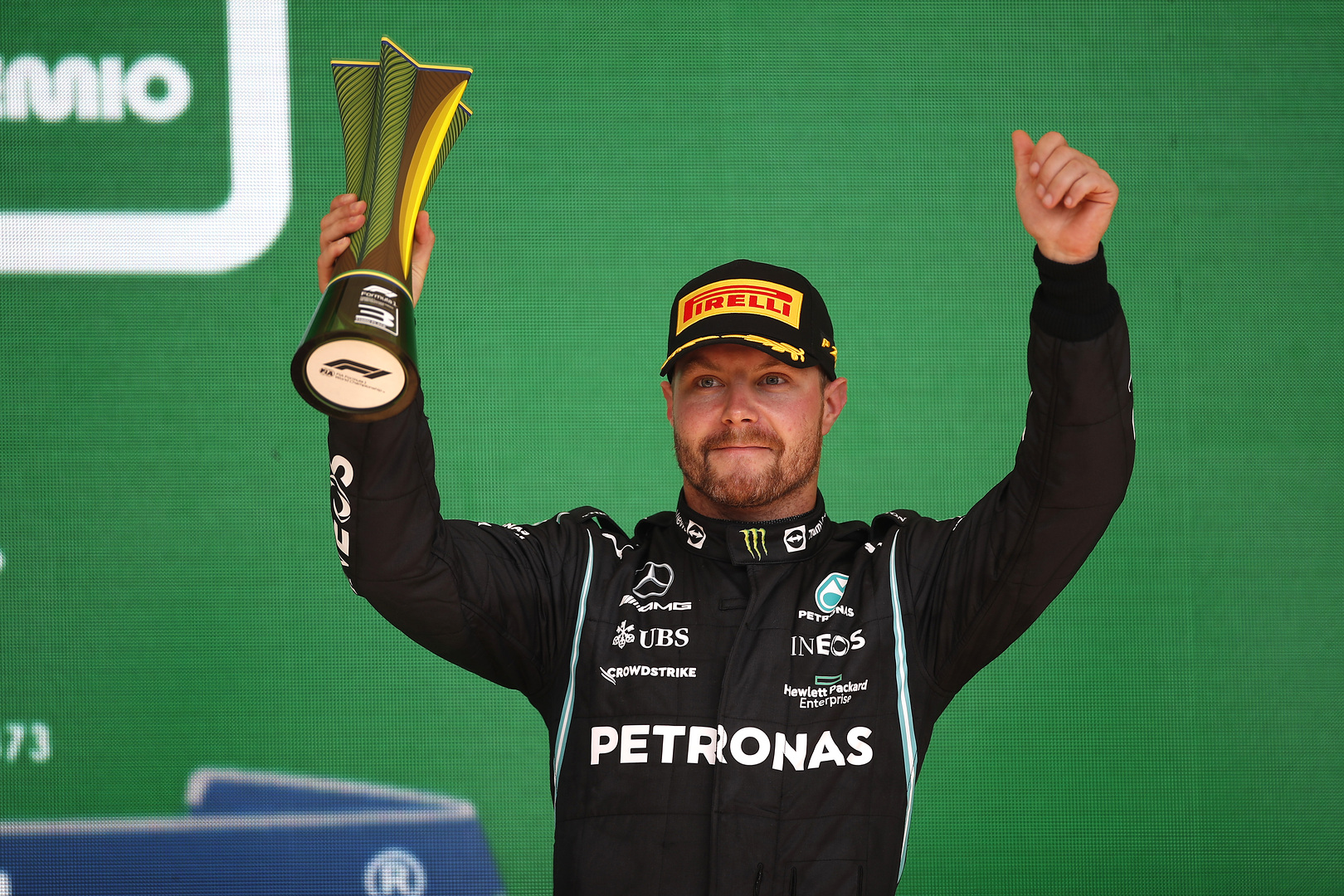 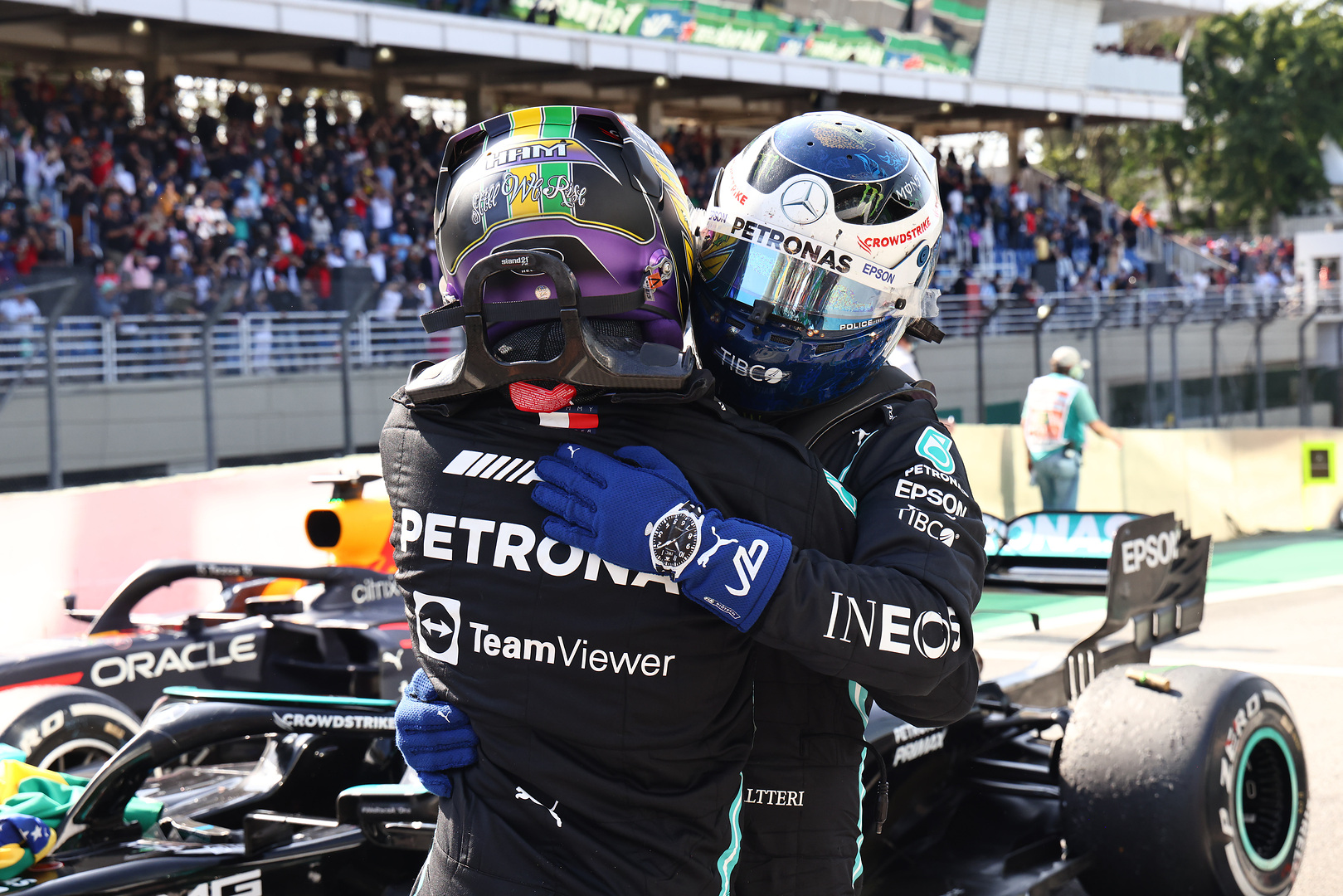