Esteban and Fernando were immediately involved in some thrilling on-track battles with the pair scrapping with Pierre Gasly and Daniel Ricciardo in the opening exchanges of the 71-lap race. Once the dust settled, Esteban had dropped one place to ninth despite a nice overtake on the McLaren, while Fernando climbed into eleventh.

After a short Safety Car interlude for loose debris, Ricciardo managed to peg Esteban back for ninth with Fernando also caught out by Lance Stroll after the restart. The Spaniard salvaged the position after some impressive pace got him back ahead of the Aston Martin.

Esteban was the first to box for fresh Hards after capitalising on a brief Virtual Safety period. Fernando stayed out after missing out on the advantage to pit and eventually switched to Hards on lap 34.

On fresh tyres, Fernando showed electric pace and was determined to make up some of the lost ground after the pit stop. His scorching pace allowed him to climb three places in a matter of laps before both he and Esteban found themselves in the final points-scoring positions. Problems ahead for Ricciardo further promoted Esteban to eighth and Fernando nicely into ninth.

With a strong pace, Fernando was graciously let through by his team-mate to try to pressure the Alpha Tauri of Pierre Gasly, who had just boxed for a second time. On fresher rubber, he soon caught up to the Alpine pair and despite some valiant teamwork, he eventually made his way past both thanks to the tyre advantage.

Fernando and Esteban ran the remainder of the race in eighth and ninth before kindly switching positions back in a moment of comradery on the last lap to bring six solid points home for the team.

I am happy with our result today after a difficult day yesterday. The start and the restart didn’t play to our hands but then we had a really good pace once it all settled down. We were a little unlucky with the Virtual Safety Car that happened, as we weren’t able to box and, in the end, we did lose some time with that. Once we were back out our pace was strong. We only chose to stop once and despite some teamwork to try and stop Pierre (Gasly) from the overtake, we weren’t able to hold him off. It’s good to see both cars in the points again and we are still level with Alpha Tauri for fifth heading into Qatar next weekend, so we’ll aim to continue this form.

I’m happy to be back in the points today after a very busy race. Today was all about the strong teamwork between all of us. We tried to maximise everything the best we could, and we pushed everything to the limit both from a performance and tactical point of view. When Gasly pitted for the second time, I gave the place to Fernando to see if we could hold him behind by giving me a tow. It worked for a couple of laps, but it was not enough in the end and Fernando returned the place. Still, eighth and ninth position at the flag gives us six points and that’s a great team result, which is important for the Constructors’ Championship. It’s still tight, we head to two unknown tracks next and we’ll keep pushing as much as we can to hold onto this position.

We’re very pleased to have both cars inside the points for the first time since the Italian Grand Prix. Not only does it mean we remain fifth in the Constructors’ Championship, but it also confirms a return to a good competitiveness level after a run of races, which has left us searching for answers. Today’s race was entertaining, and it was good we could put on a show for an electric Brazilian crowd. As a team, we can be proud of our teamwork today as demonstrated by Esteban and Fernando on track. After Gasly’s second pit-stop, we opted to stick to a one-stop strategy and defend as best as we could from him. First, Esteban allowed Fernando to pass in order to create a tow with the aim of keeping Gasly behind. While this worked for a handful of laps, ultimately, with the tyre advantage he had, we weren’t able to hold out. Fernando returned the position on the last lap to Esteban underlining both drivers’ impressive team spirit to help each other and, in parallel, drive the team forwards. Our focus switches straight to Qatar for the final round of the triple header. We’re heading into the relatively unknown, but that’s an exciting challenge, which we’re looking forward to taking on. 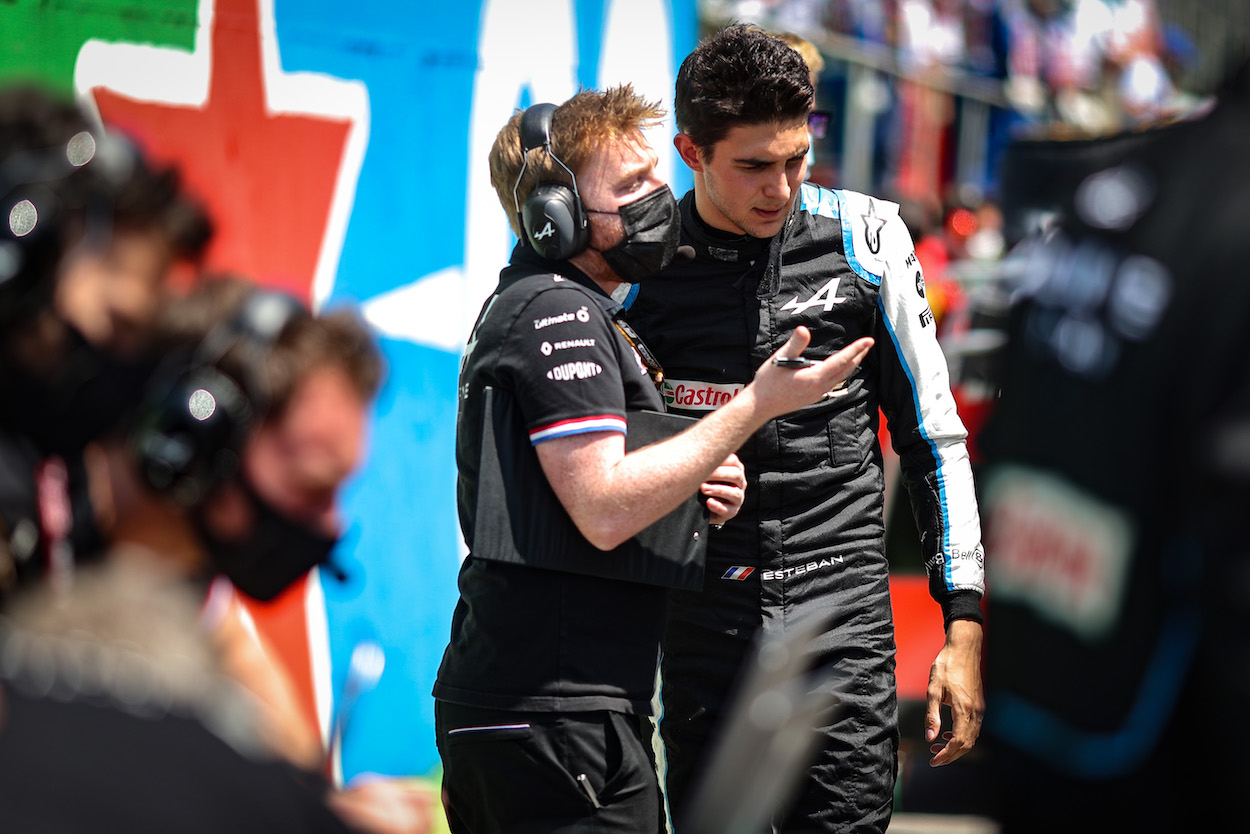 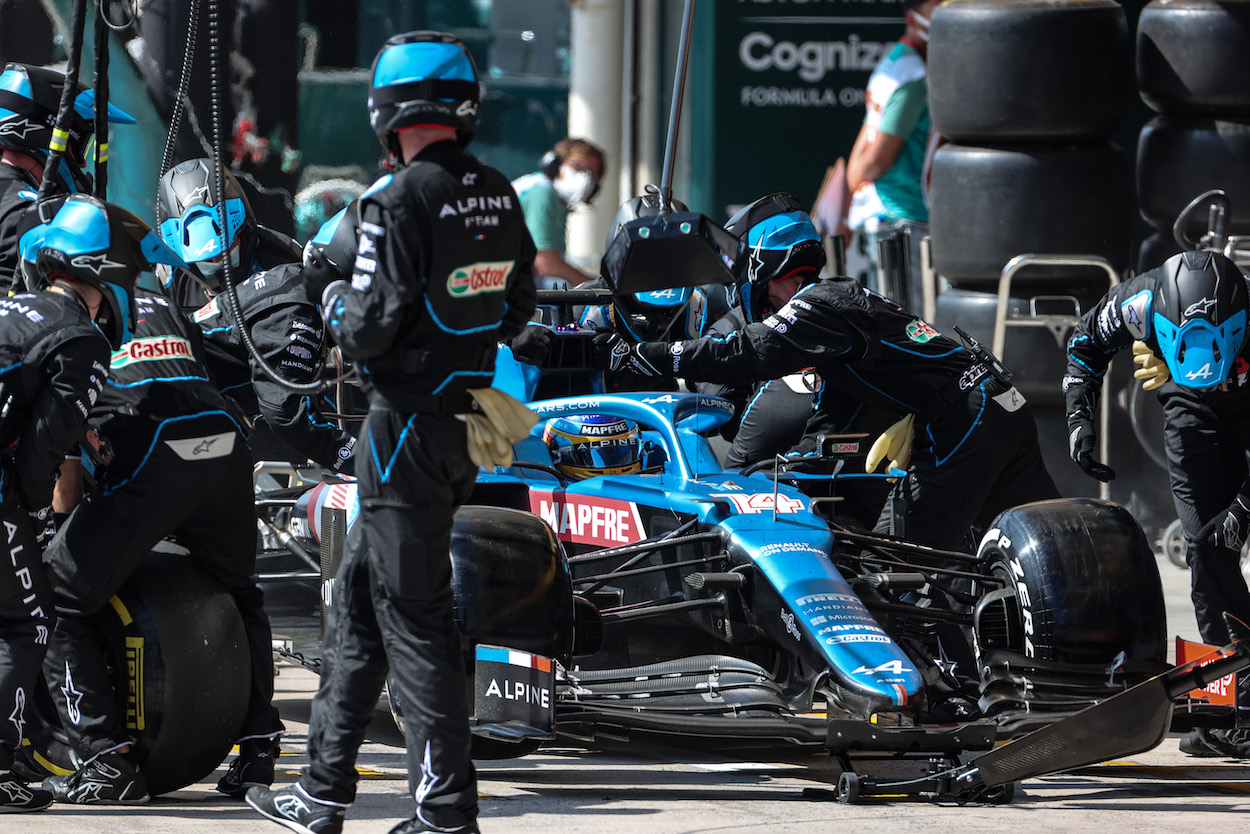 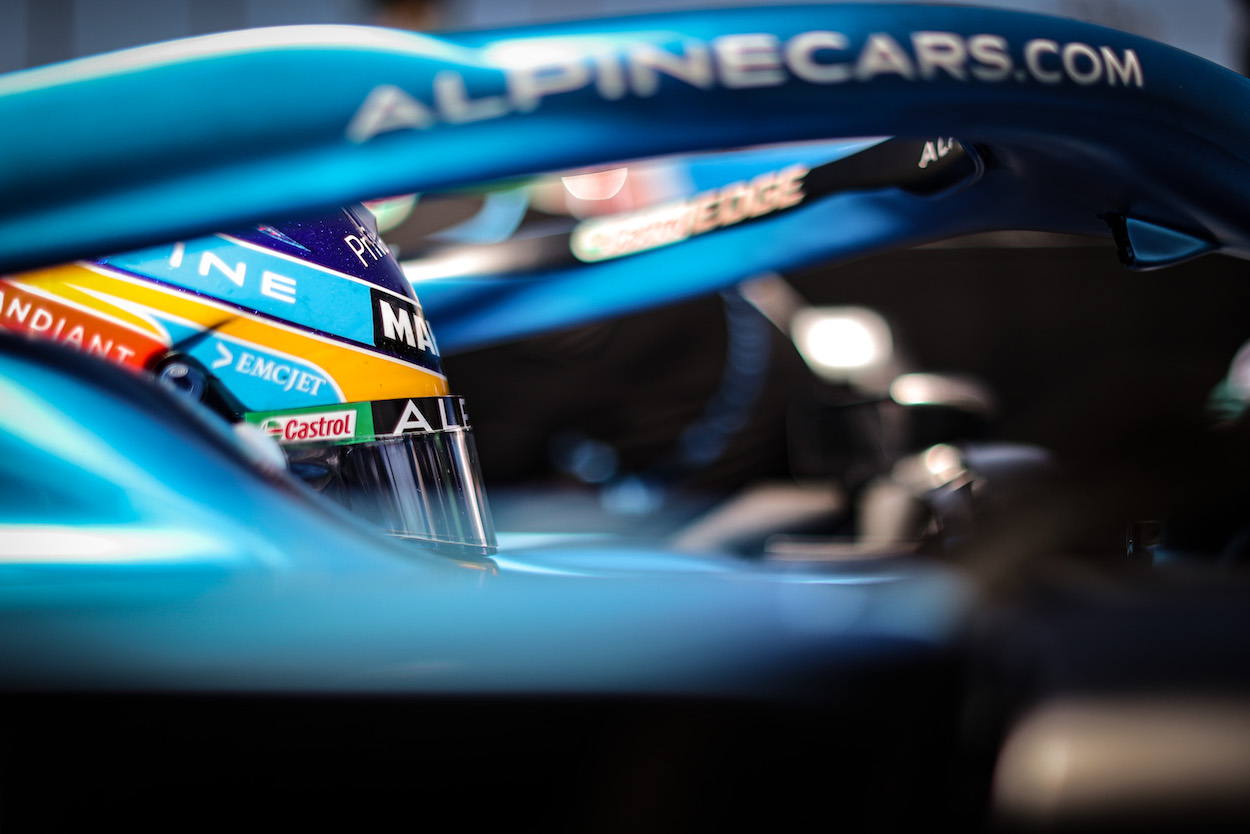 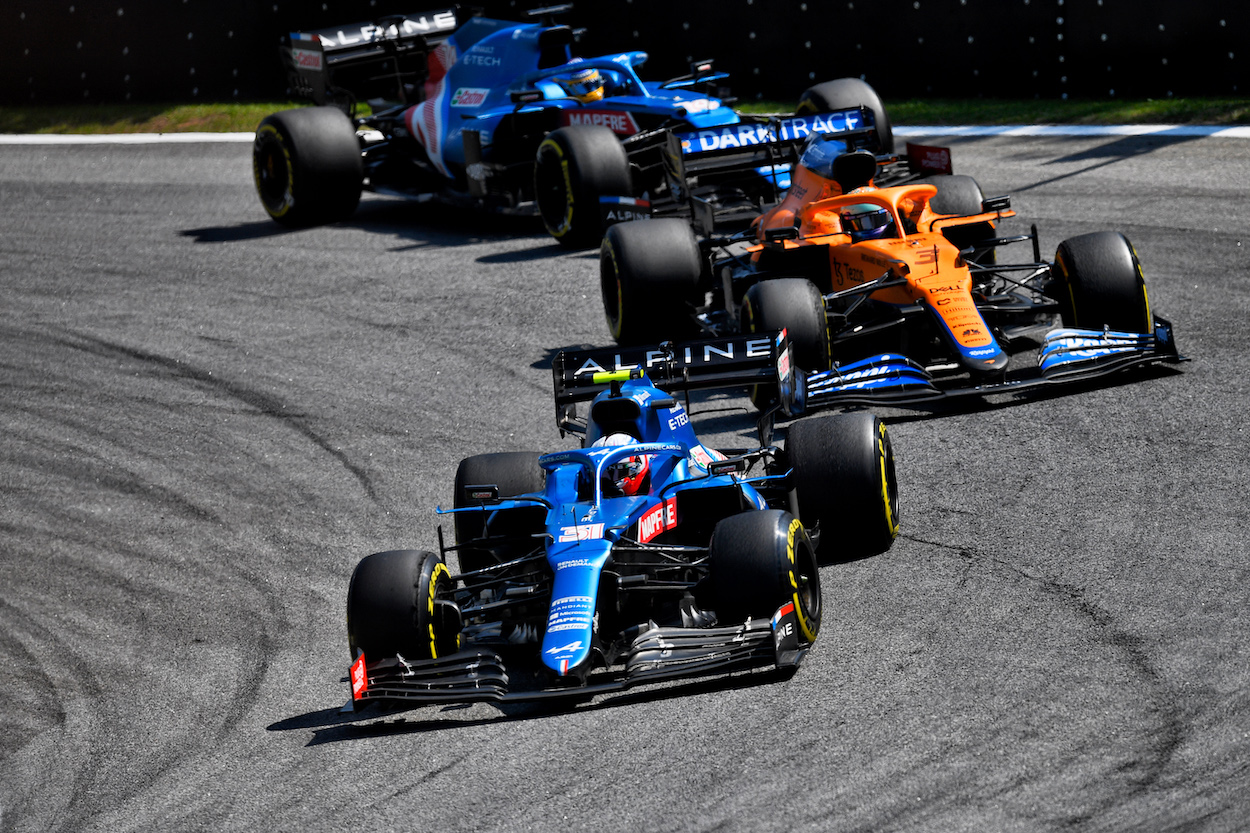 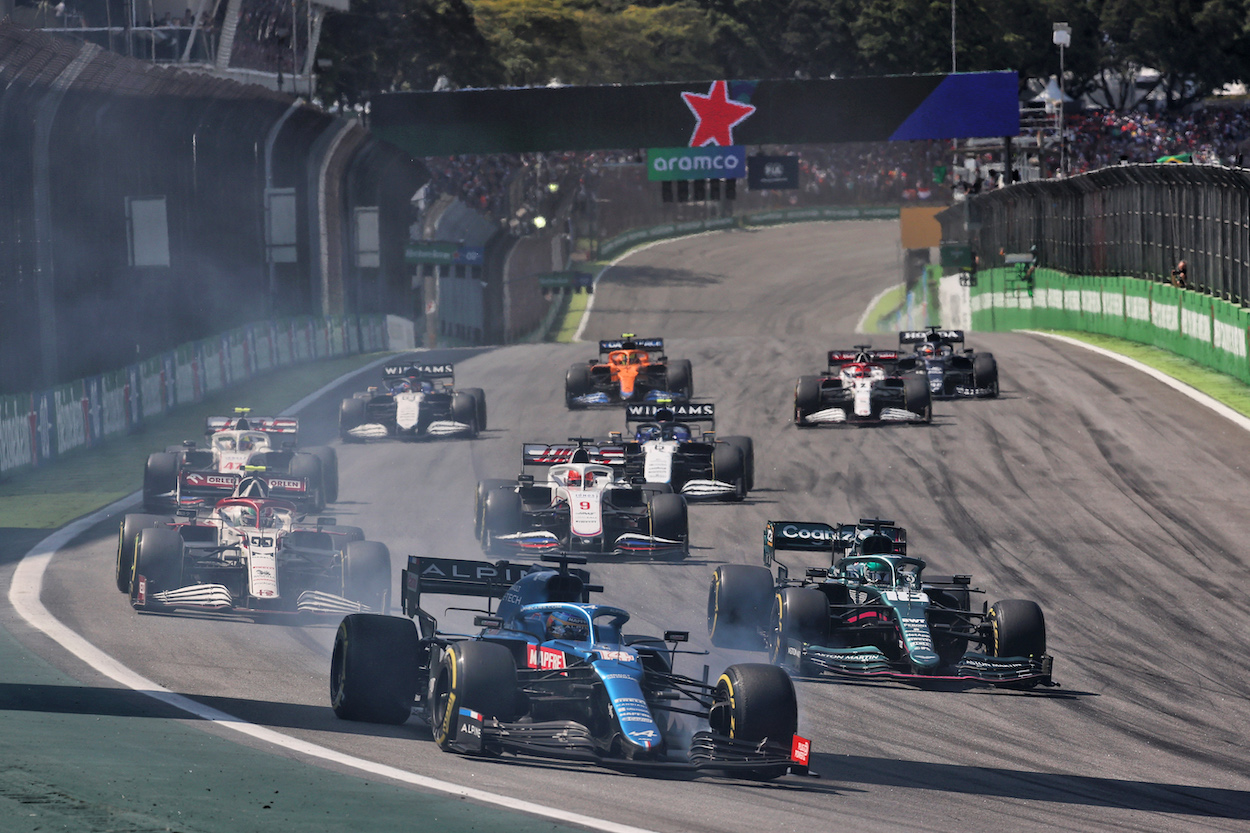 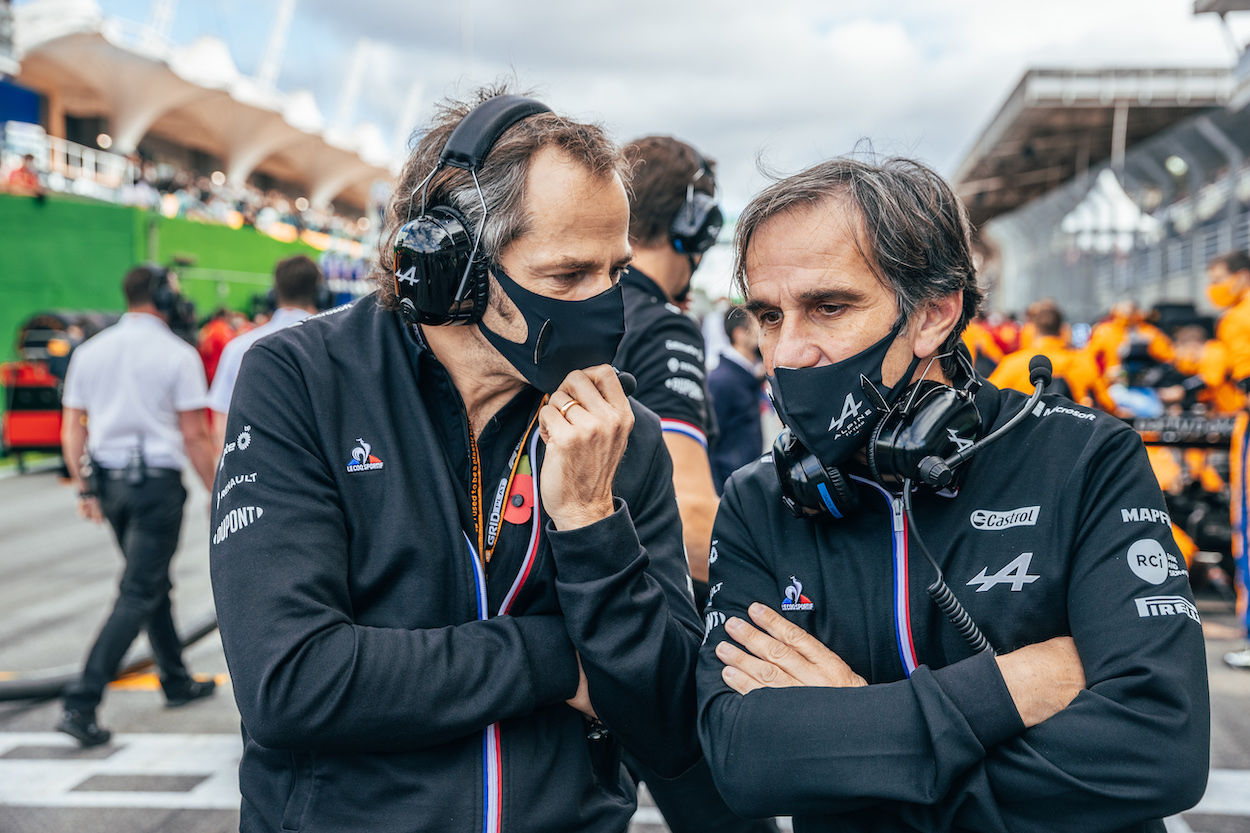