2021 Formula 1 Dutch Grand Prix took place in front of packed grandstands and a sea of orange, with an incredible atmosphere at Zandvoort. Lewis finished the race in second place, after a hard-fought strategic battle with Max Verstappen at the front of the field. Valtteri crossed the line in third place, to make it a double podium finish for the team.

What a race and what a crowd, honestly, it’s been an amazing weekend. Max did a great job so congrats to him. I gave it everything I had out there, but they were just too quick for us this weekend. I think even if we’d have got everything right today with the traffic, the pit stops and the strategy, it’d still have been tough to get by them. We didn’t get those elements to spot on, but either way, we pushed as much as we could and we’ll take it offline, debrief and see how we could have improved.

We’ll be fighting right to the end. It was an incredibly difficult race out there, physically and mentally I think it was one of the toughest, but it’s an amazing track. The fastest lap at the end was one of my favourite parts of the race, it’s an incredible track to drive on low fuel, this is one of my favourite tracks now and I’ve had a great time here in Holland, so I’m looking forward to coming back next year.

It was quite a quiet race for me but as a team, we scored solid points and there’s been an amazing atmosphere here. Before the race, there was so much energy from the crowd, and it’s a really cool track to drive. Very hard to overtake on, but good fun. I was pushing hard out there but we committed to the one-stop strategy quite early on, and that needed too much management really and proved tricky. It definitely wasn’t as fast as the two-stop. We ended up stopping late in the race for safety as we had the gap behind, and I was starting to get some tyre vibrations. We were lacking a bit of speed here compared to Red Bull but Monza is a completely different circuit so I’m hopeful we can compete there.

Red Bull were faultless out there today so congrats to them and Max on the victory. Whatever we tried on the strategy, it was going to be difficult to compete with them. We tried everything we could, attempted the undercut a few times with Lewis and he was pushing to the maximum, but it wasn’t enough. For Valtteri, we put him on the one-stop but towards the end, he was struggling with the tyres, so we stopped him as a precaution as he was getting some vibrations. P2 and P3 is a solid result and good points for us, so now we look to Monza. I’m sure it’s going to be another close weekend and an exciting fight. It’s a very different track and the Sprint Qualifying format returns, so we could see a bit of a different story. Let’s see how it goes.

Our car wasn’t quite quick enough today and we ended up in a situation where we had to push in dirty air to keep up and it was just taking too much out of the tyres. The pace at the front was very quick and the degradation was moving it towards a two-stop. We lost a little time on the first stop with Lewis going onto Medium and while Max could cover, our pace seemed a bit better on that tyre and we could close and follow more easily. We didn’t have many options by the final stop, we decided to go relatively early, perhaps optimistically hoping they would take a Soft to cover us but they fitted the Hard and it was working well for them so that was that.

Valtteri had a straightforward race although perhaps not as exciting as he’d hoped. He managed the one-stop well but with a clear window behind, we made a precautionary stop at the end. Overall a solid weekend for him and nice to see him move back into third in the Drivers’ championship. With Lewis, we managed to grab the extra point for the fastest lap, which was a bit of damage limitation, but we didn’t have the best car here and need to address that for Monza if we’re looking to take back the lead of the Drivers’ championship. 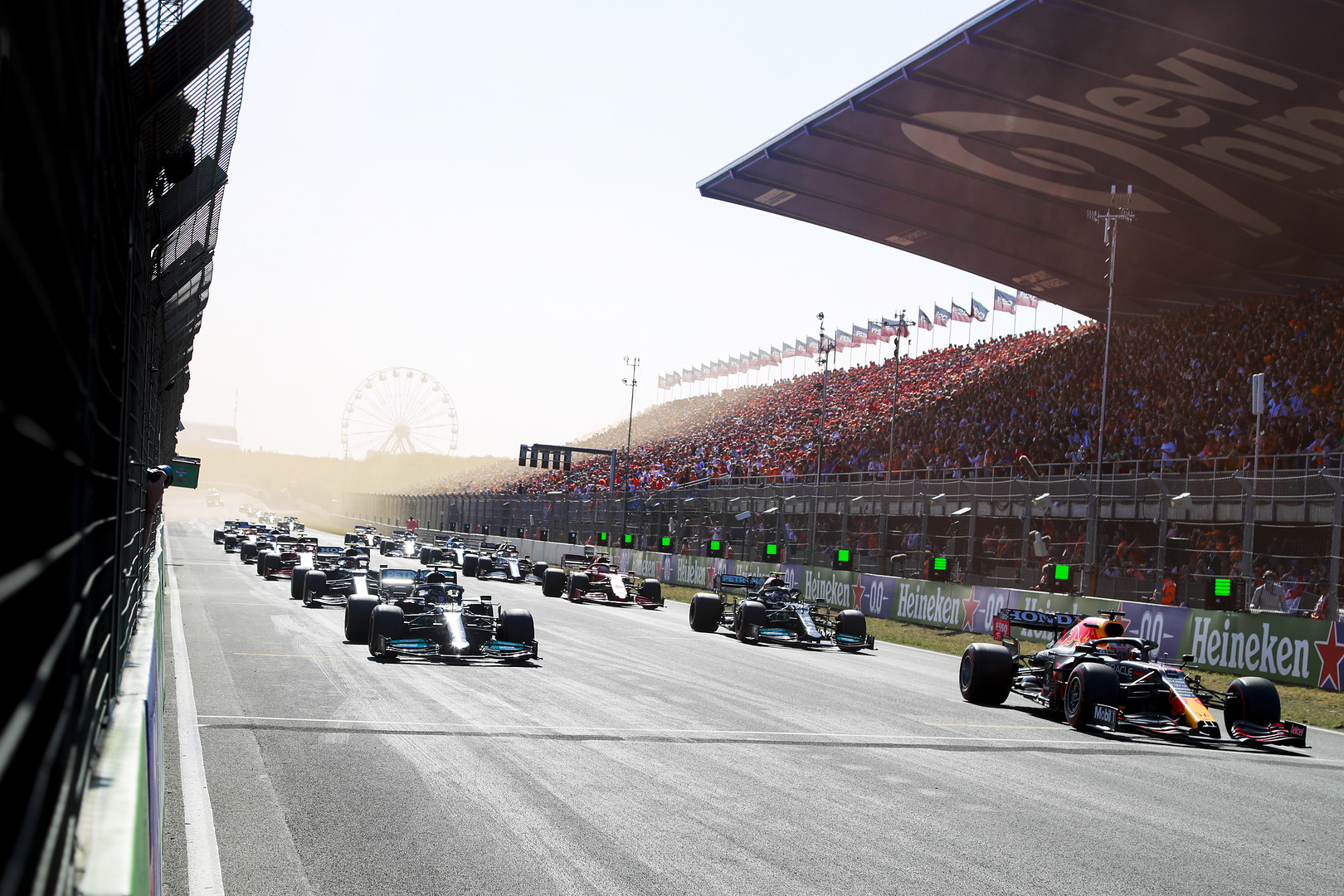 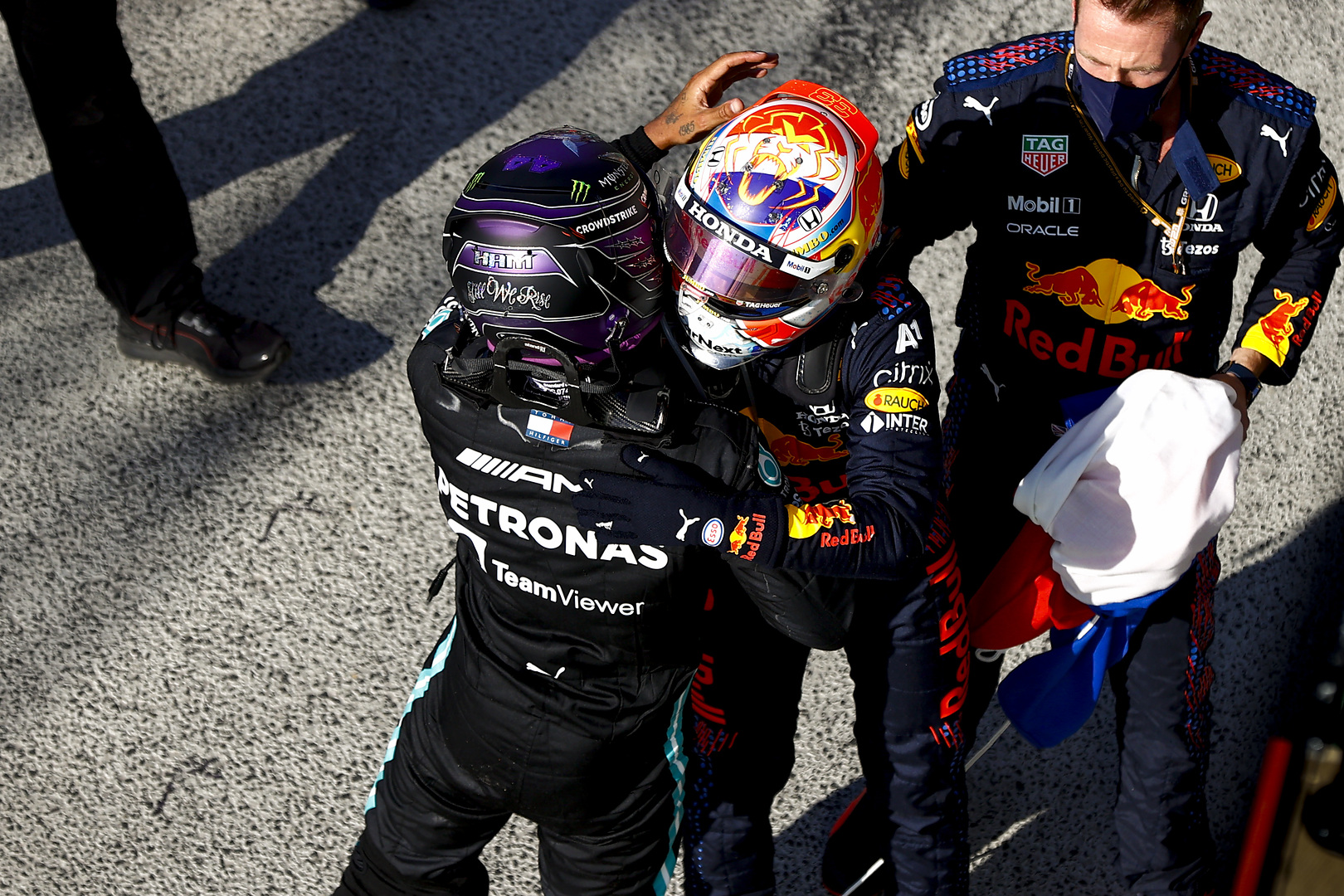 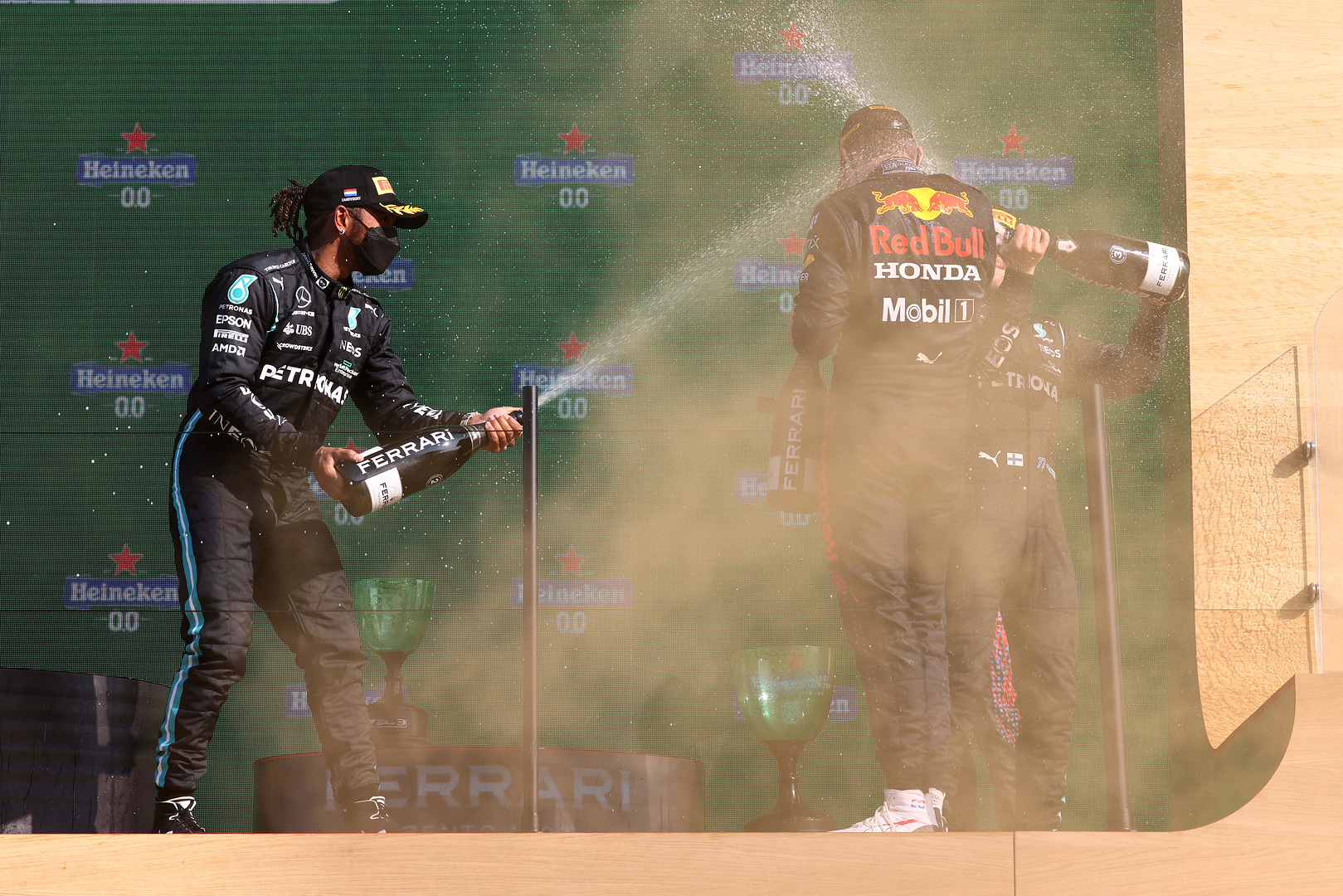 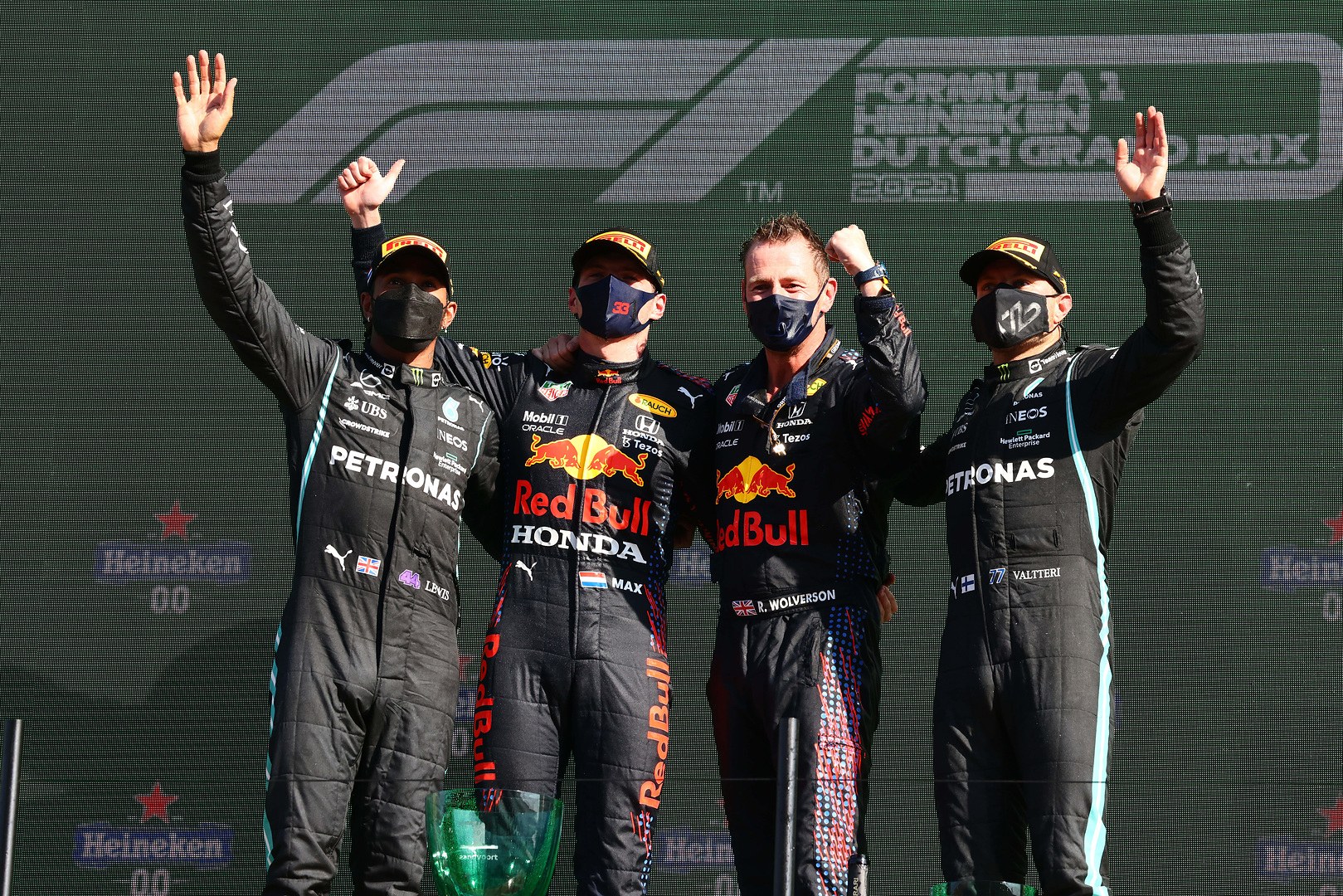 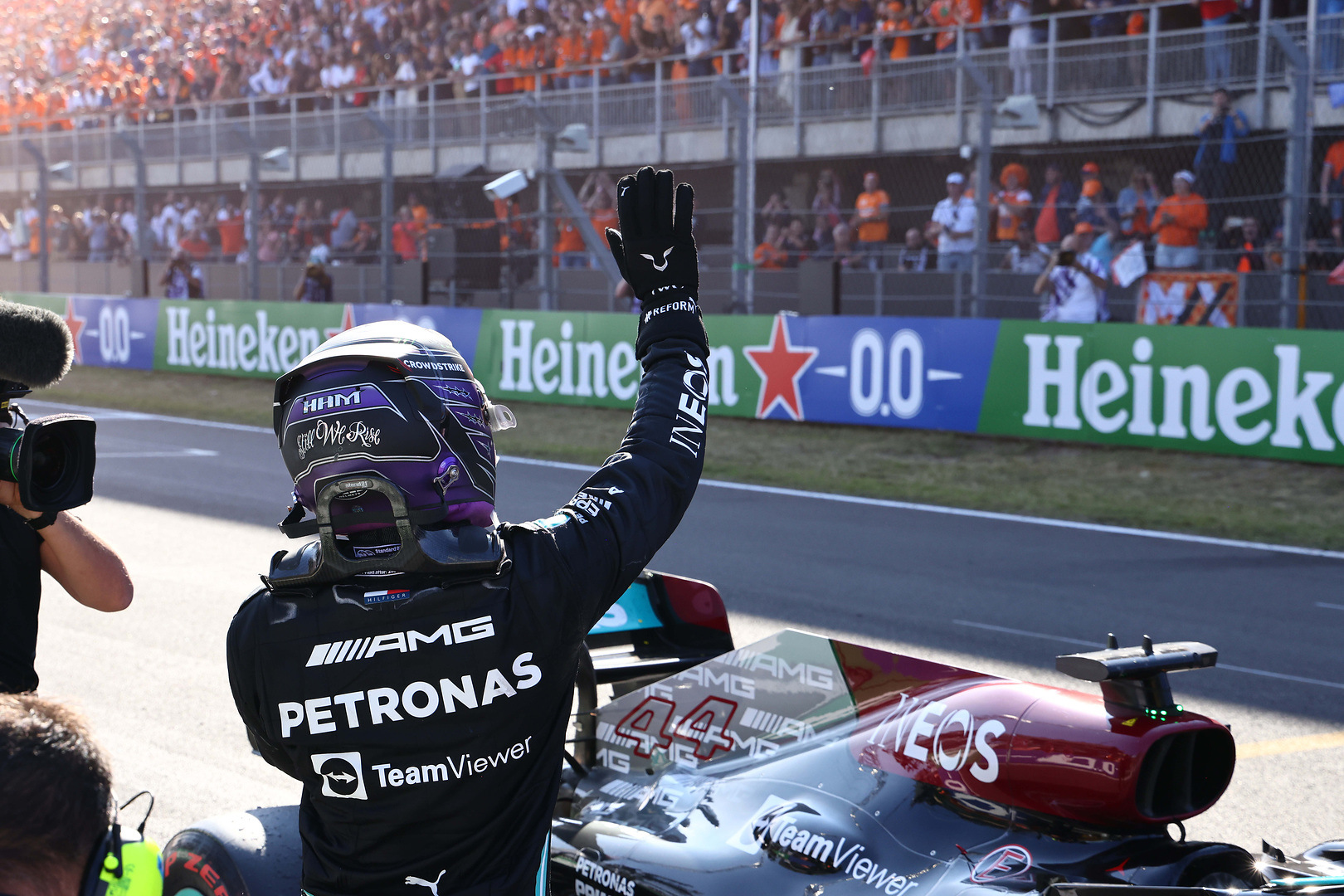