Obviously very happy to get a podium. A very well-executed race from the team and from myself. I think I drove very well – I made a lot of good decisions – but it wasn’t easy. The beginning of the race was pretty tough. A bit of contact here and there, not a perfect start but I kept my head cool. I kept focused throughout because sometimes you know you’ve got to expect the red flags and the Safety Cars and think that more opportunities can come towards you later in the race. So, I kept that in mind and solidly came back through.

There were a couple of people crashing and making mistakes ahead of me, which is what we’re here to take advantage of, and then we made a good decision at the end to go onto the Soft tyres and get ahead of Leclerc. We almost held on to P2 but not quite. It was a tough race, but very rewarding for myself and more importantly for the team, so a big thanks to them for bringing new parts, and working so hard on the car back at the factory to make it better every weekend.

One of those races where you’ve got rain on the laps to grid and you’re not really sure how it’s going to go. I managed to get a position at the start and was then running in fifth for a bit. Just as the track started to dry I grained the front right, so I couldn’t really keep a good pace.

For the restart, we put on the Soft tyre to make the most of a potential standing start. I tried to keep on top of the Soft until the end of this long stint but, just couldn’t really manage it. I think both front and rear tyres I struggled with.

So, certainly, not an awesome race, but I think to come home sixth is good for the Constructors’ points with Lando in third. Congrats to Lando, he had a great race and it’s awesome to see the car has the pace. My race pace was nothing too special. I’ve just got to keep working on it and improve.

An exciting race today and a great show for the fans. A podium for Lando is a great reward for the whole team, and the hard work that’s gone in here at the track and back at the factory this weekend – but also for the effort over the winter to get us to this point from the team in Woking and our colleagues at Mercedes.

Great call today to restart on the Soft tyre after the red flag. That gave us an edge and allowed Lando to take the place of Charles [Leclerc]. Lando was flying all weekend and managed a lot of tricky situations today in difficult conditions. He and his team managed brilliantly to get this well-deserved podium. Daniel did a great job too. He’s not yet fully confident in the car – which is understandable – but he put in a clean race, made good decisions and scored a lot of points that will be valuable both for himself and for the team.

After two strong weekends to start the season, we now have our sights set on keeping the momentum going in Portimão. 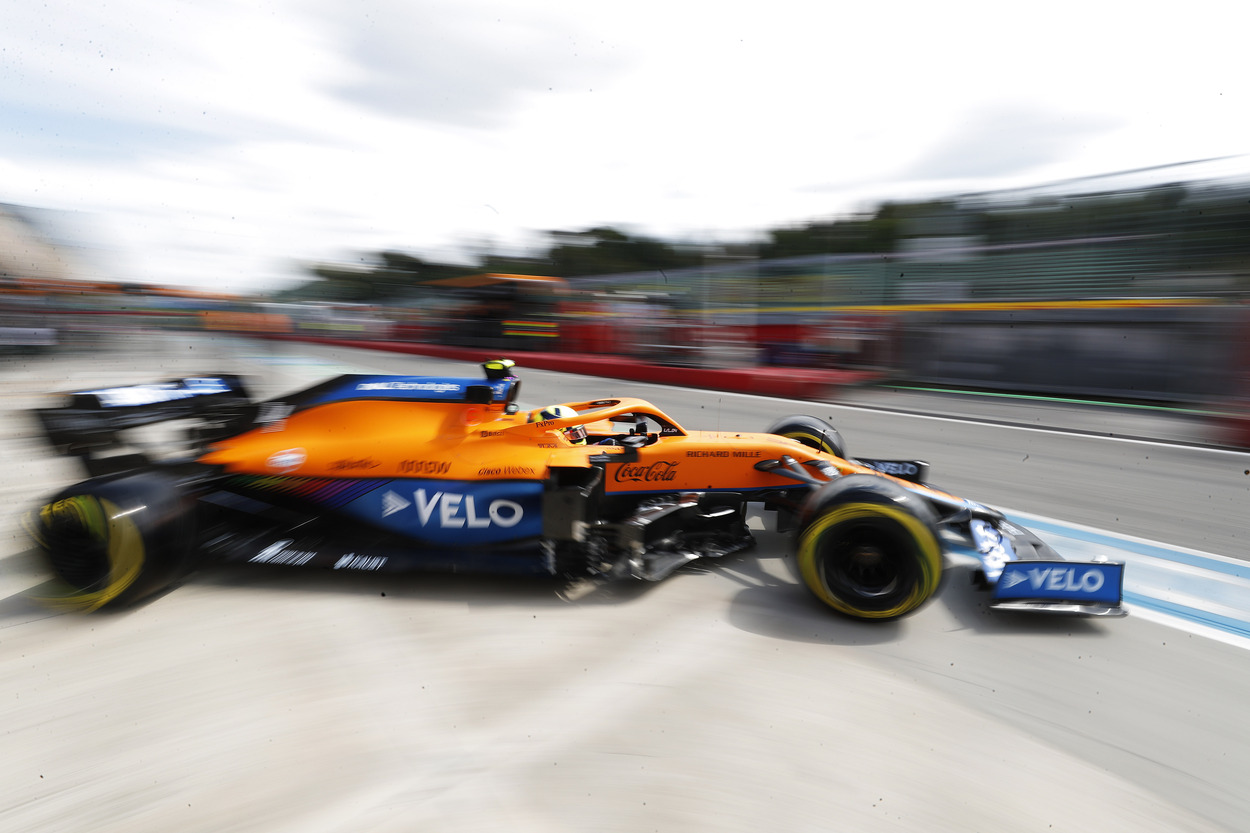 Lando Norris, McLaren MCL35M, leaves the garage side on 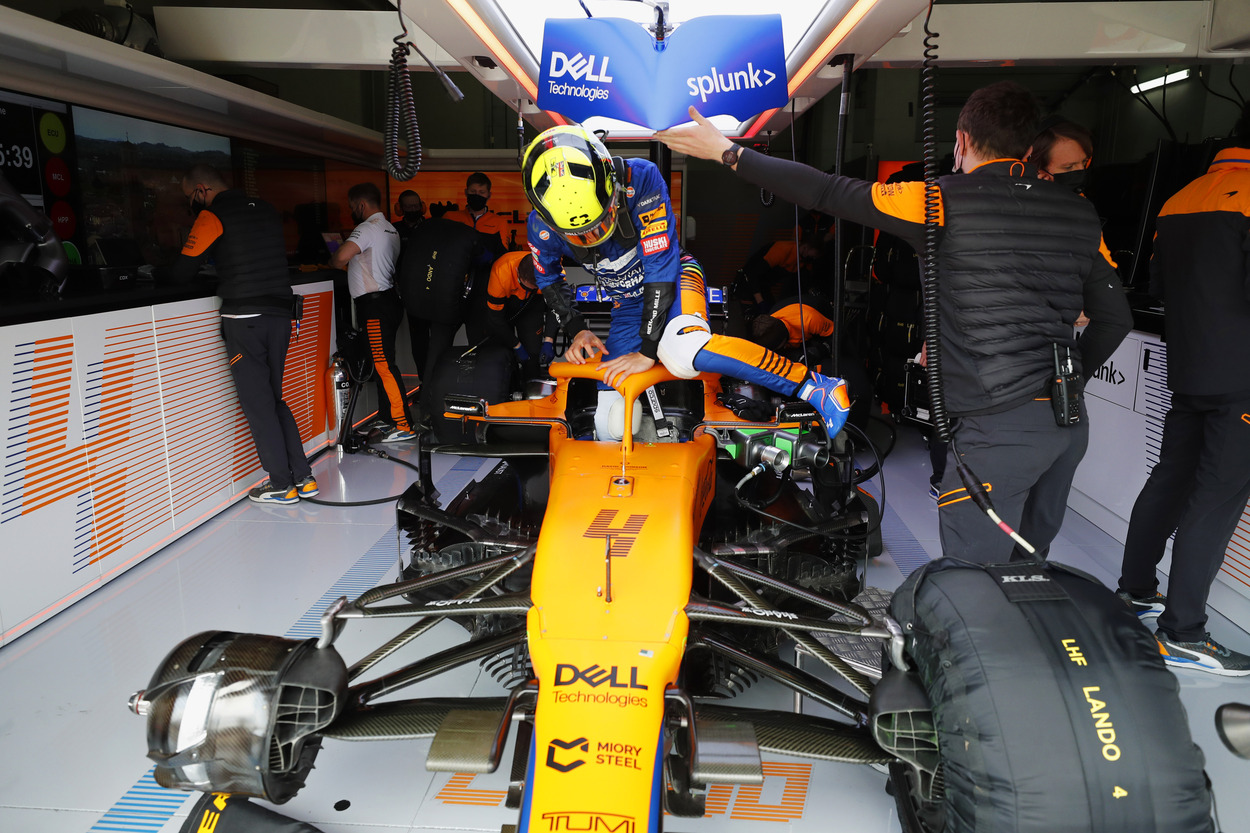 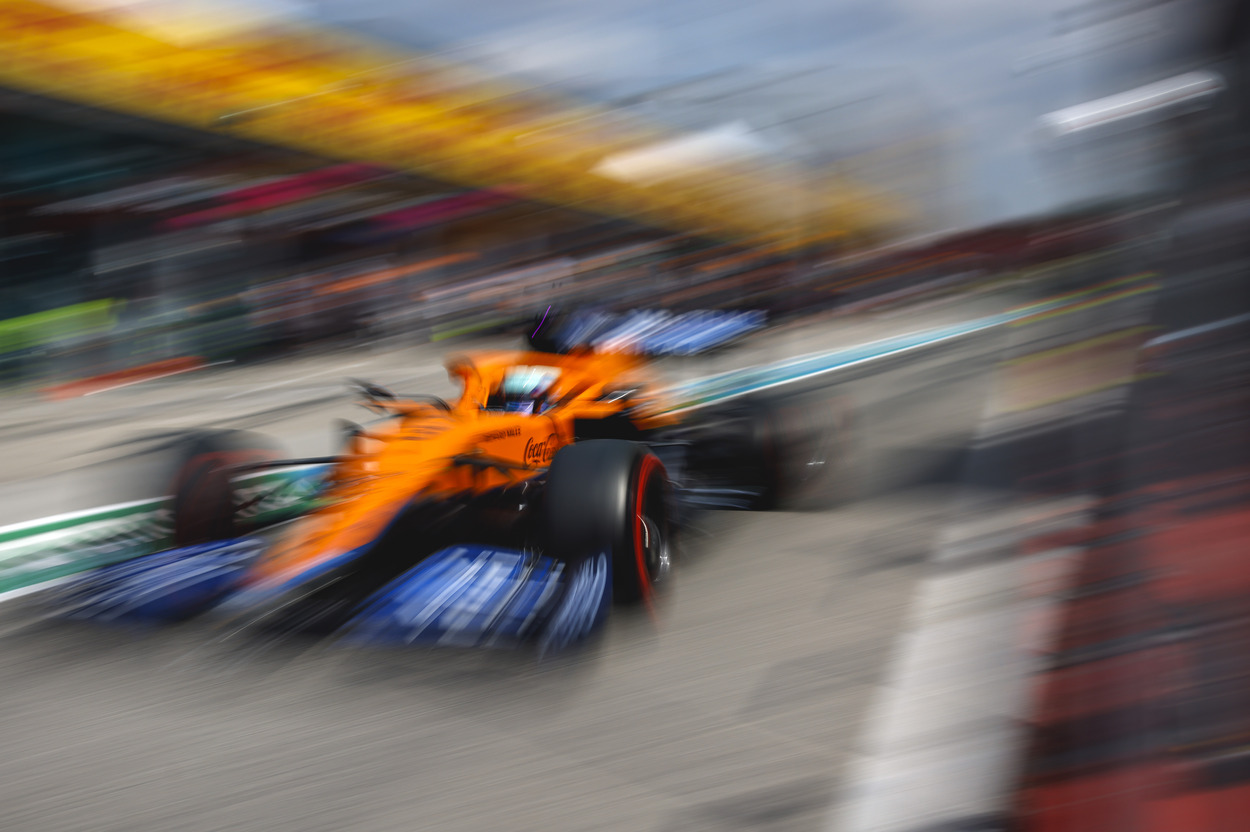 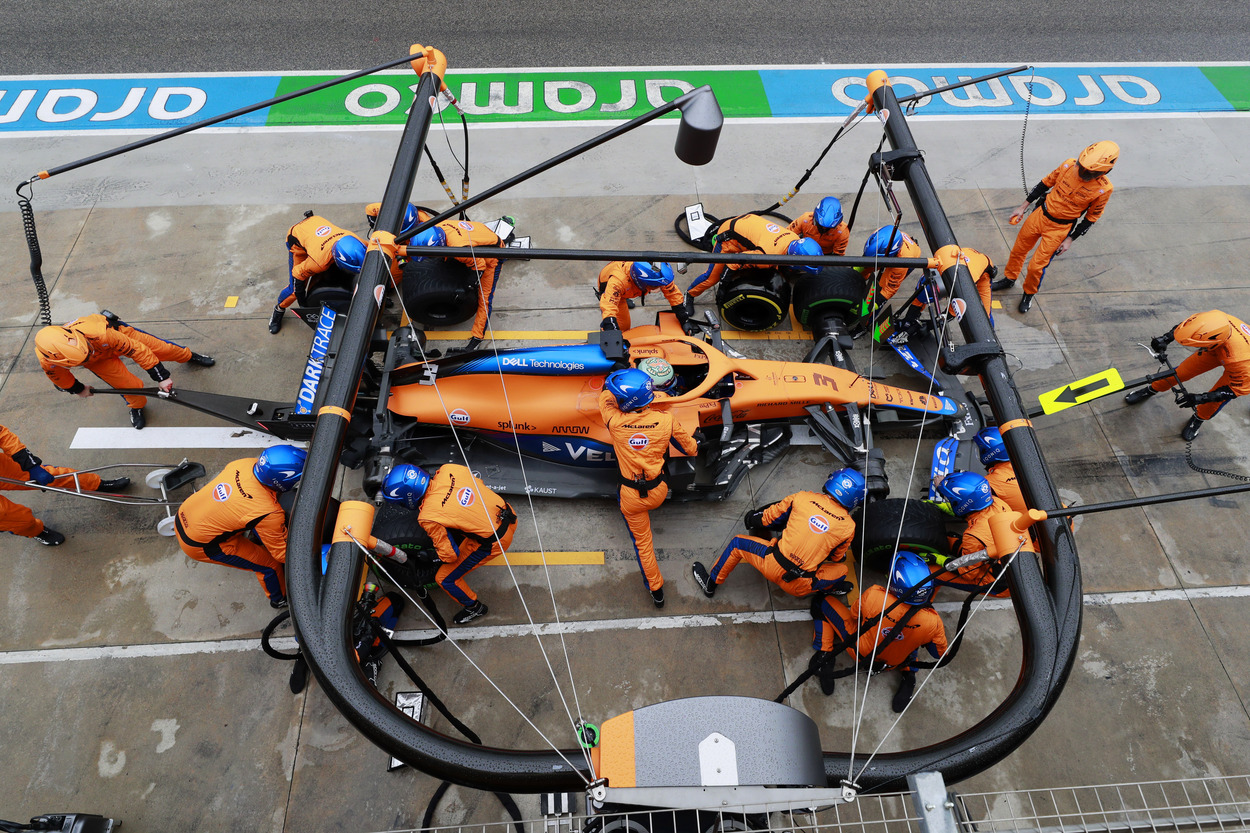 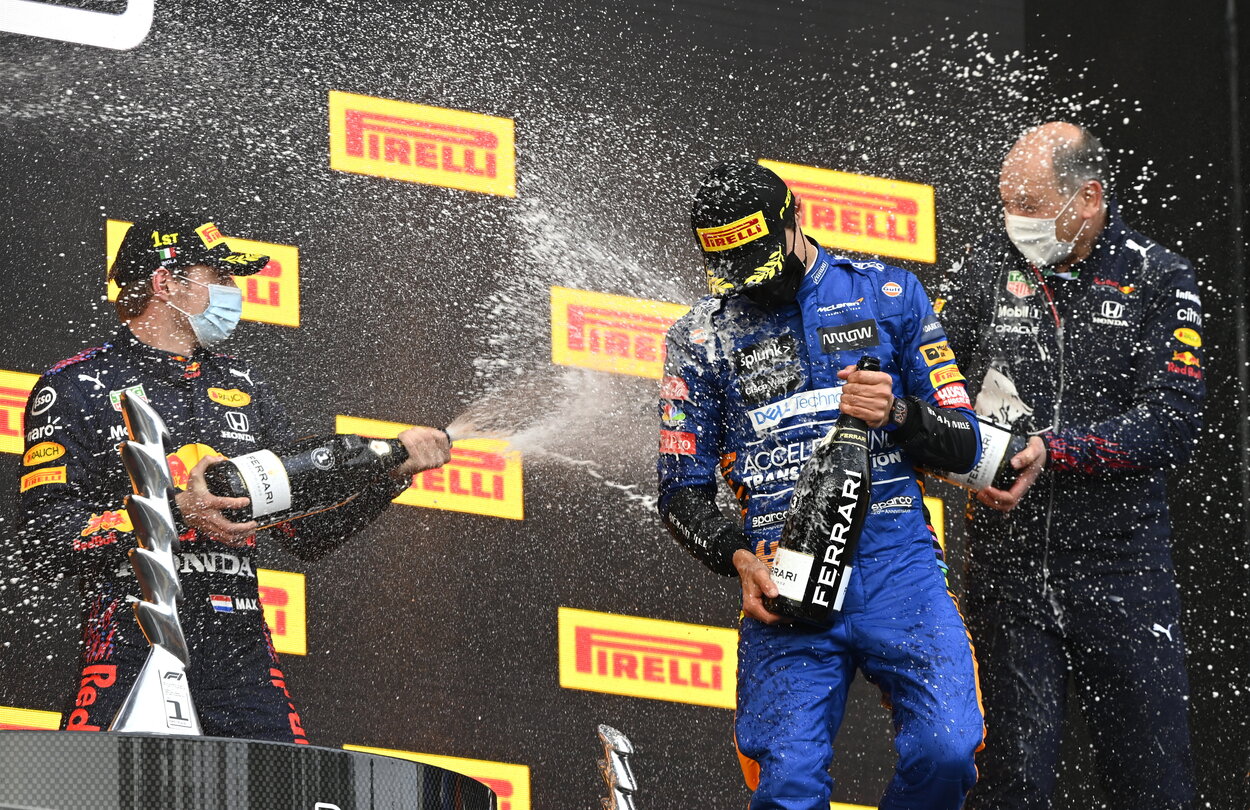