Obviously, I’m so pleased for the whole team. It’s such a cool moment for all of us. We’ve done an awesome job from the beginning of the weekend. From practice to qualifying, the decision to use the Soft tyres on Saturday, all of that set us up for today. We didn’t get lucky, we had the pace, we were in the positions we wanted to be. We had to overtake, we had to defend, we had to do everything.

It’s an amazing result, I’m so happy for everyone. It’s our first one-two in 11 years! Another podium for myself, a win for Daniel, but more importantly a one-two. So that as a combination is the coolest thing in the world. So, huge congrats to everyone and well-deserved.

Crazy, what an awesome day! We really set the tone from the start of the weekend. I think anyone that’s seen the demeanour this weekend, they’re not surprised. I’m really stoked that it turned into a victory. A big thanks to the team. Not only winning but a one-two’s incredible. A lot of hard work went into this and we really earned it out there. I’m really, really happy.

Well, we did it! P1 and P2 at Monza. Congratulations to the entire team for a brilliant job all weekend. They pulled off an exceptional result today, under the pressure of knowing we had a competitive car and that a great race was possible.

As a team, we’ve been waiting for this for quite some time. This is the first McLaren victory since 2012. We know we still have a lot of work to do on our journey, but this will be great motivation. Today, however, it’s very important to celebrate the moment. Both Daniel and Lando put in brilliant performances all weekend, using to the maximum the hard work done in the garage, back at the factory and from our colleagues at HPP. Thanks to every single member of the team, our great fans and partners. Days like this are why we’re all in the sport. 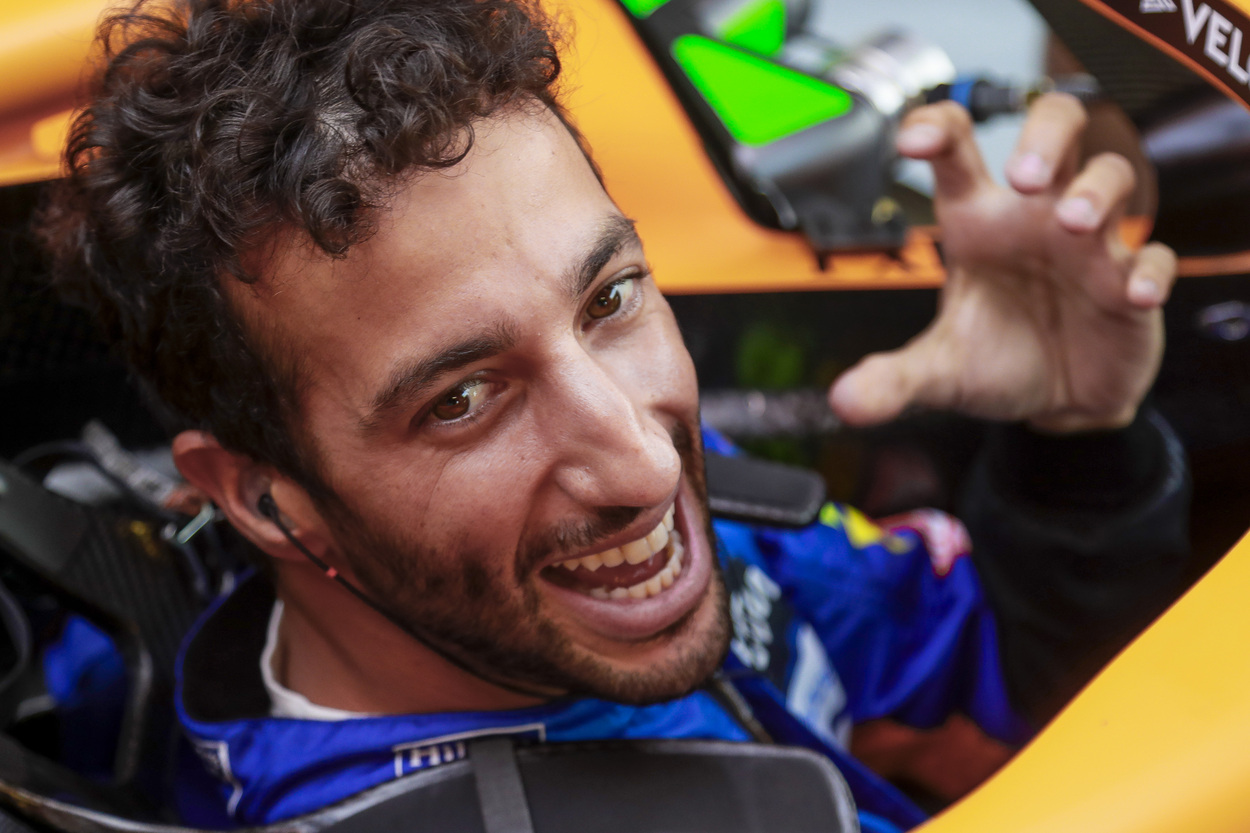 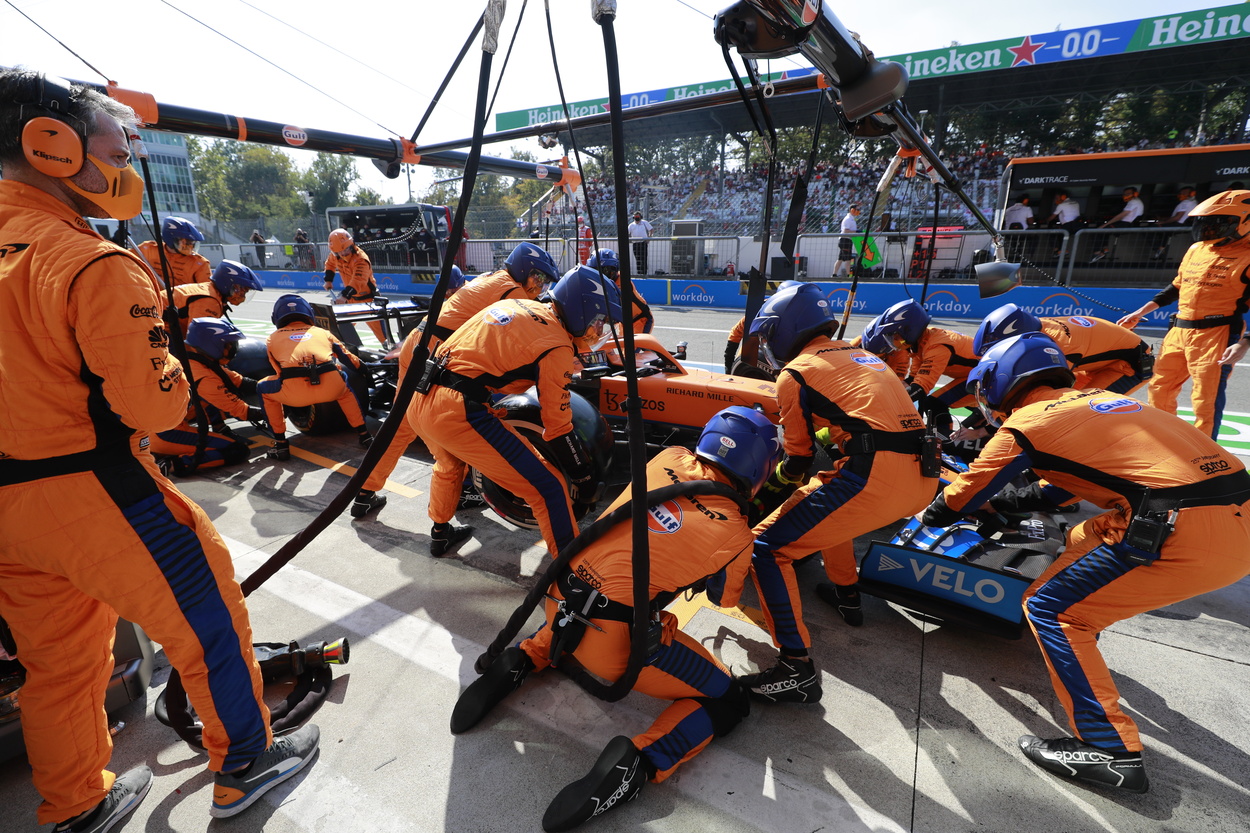 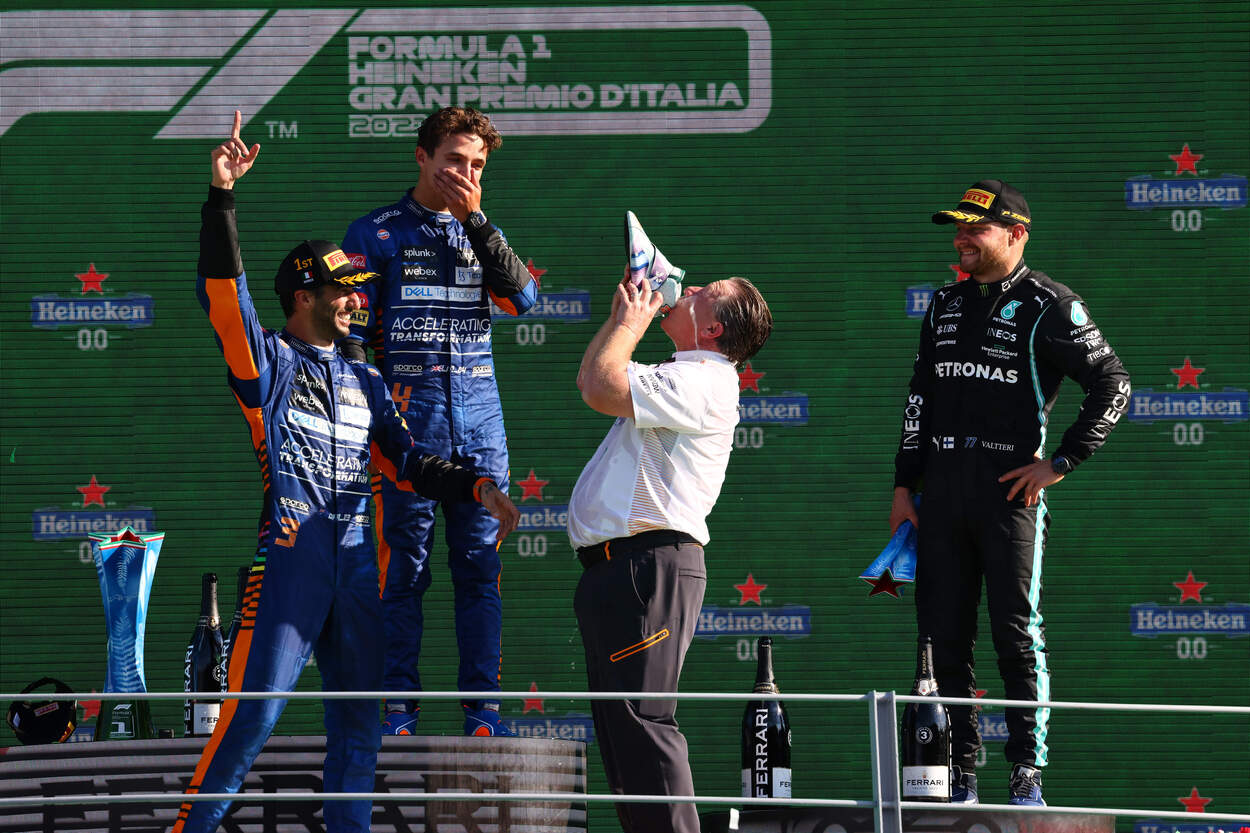 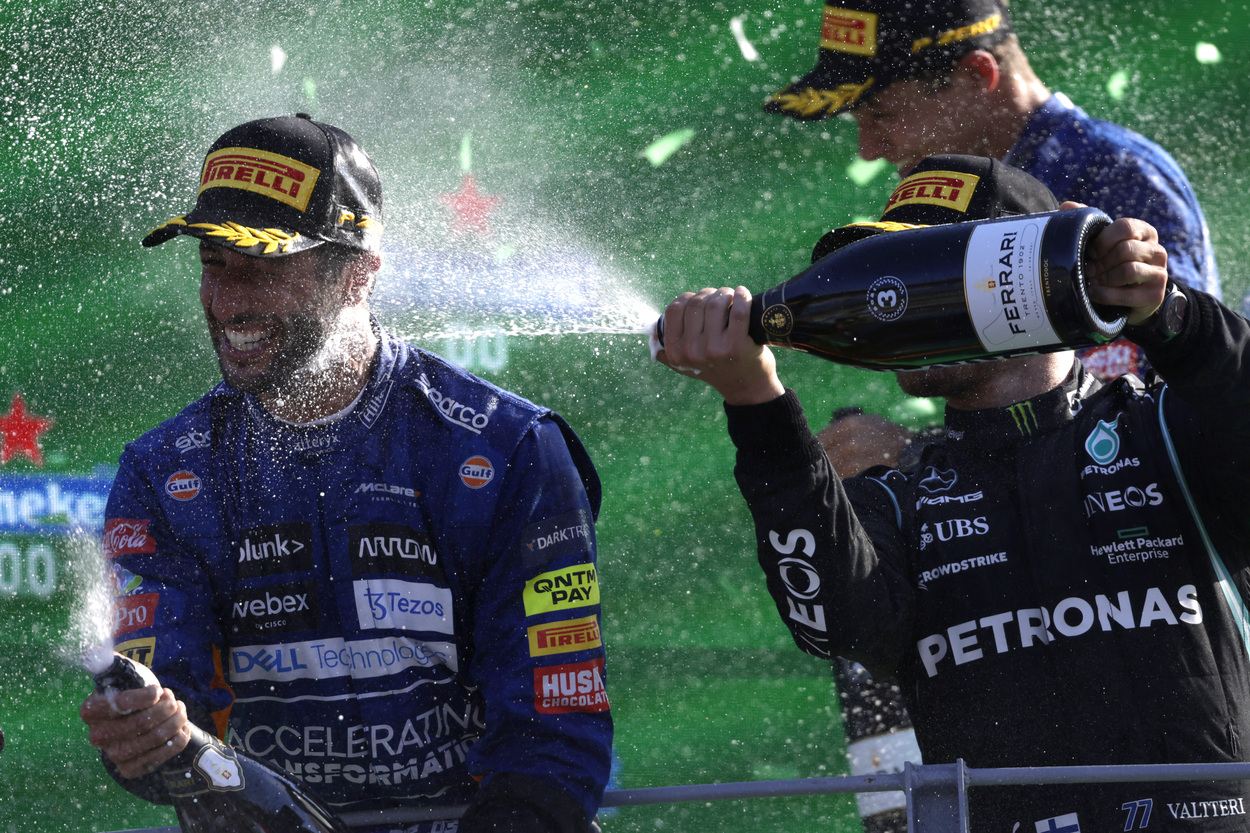 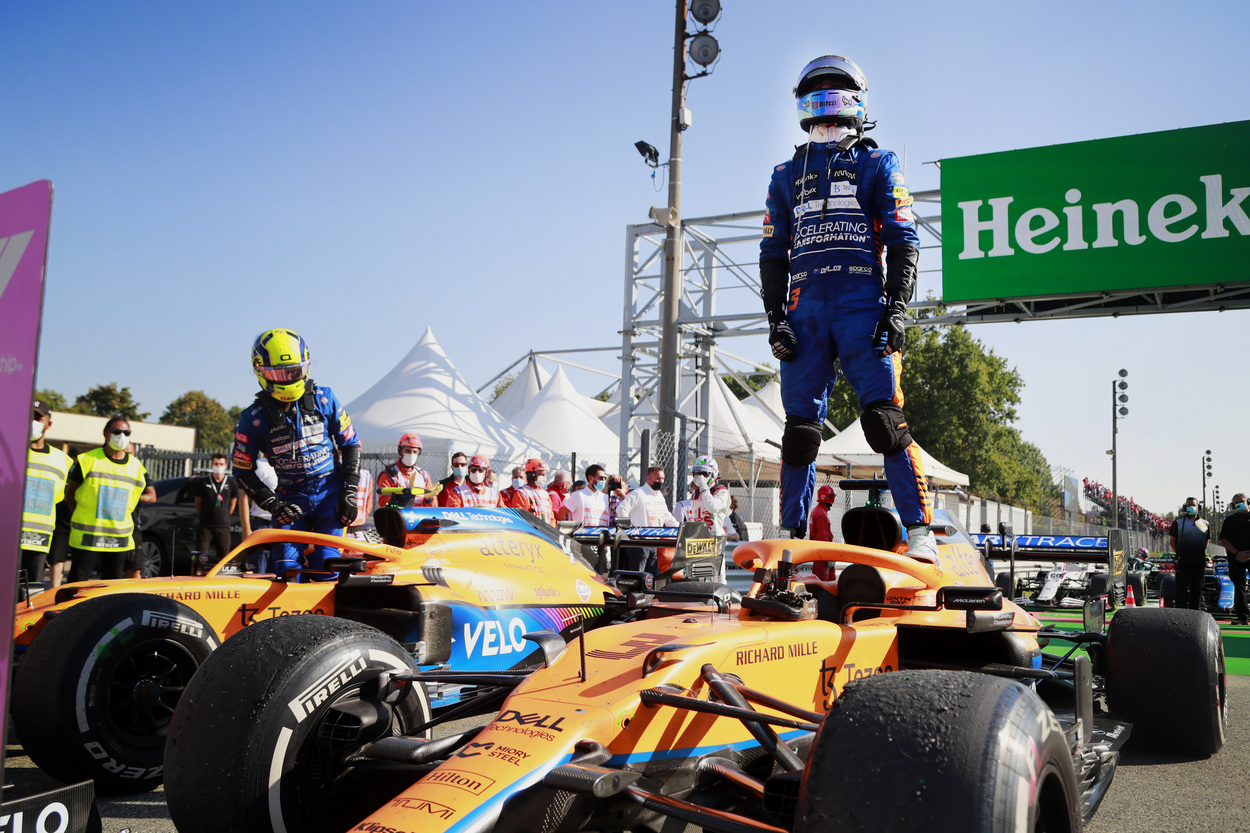 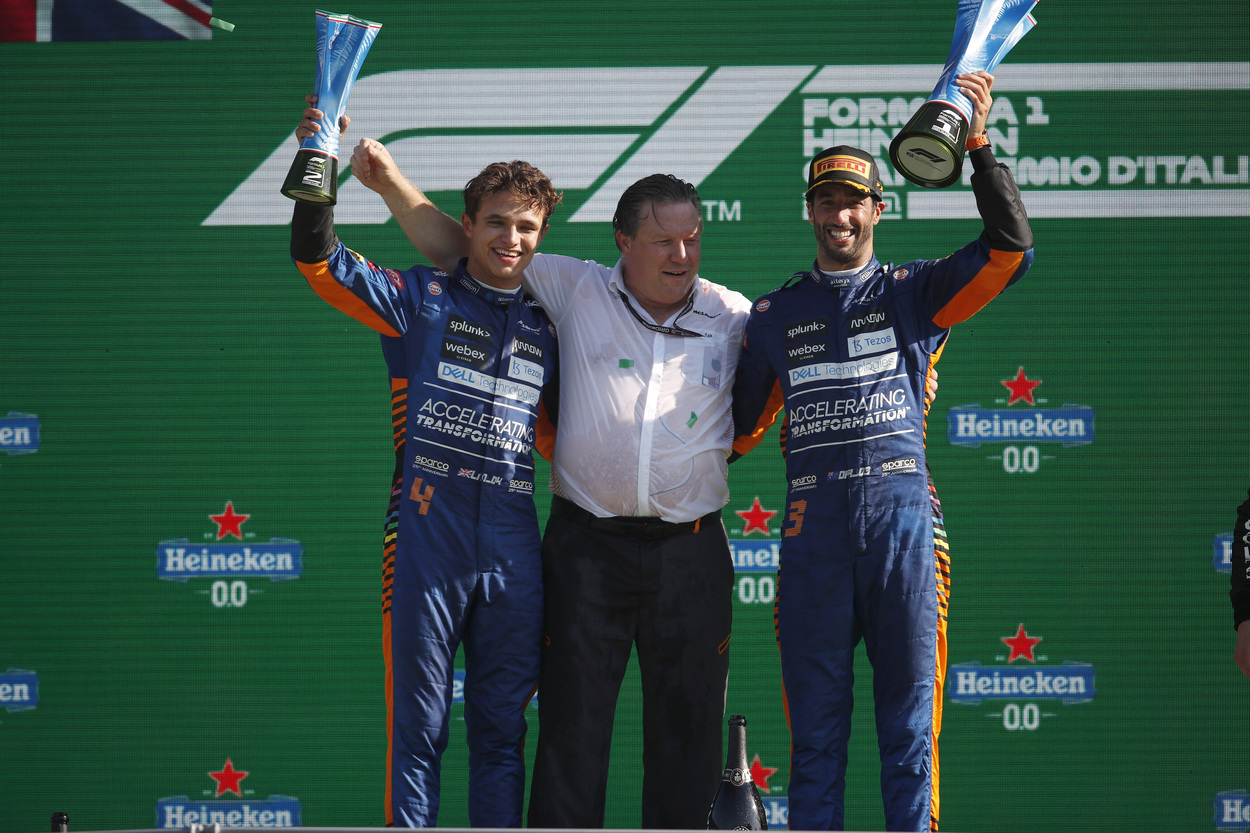