Alpine F1 Team leaves the 2021 Formula 1 Mexico Grand Prix with two more points to its 2021 FIA Formula 1 World Championship tally, after a hard-fought battle saw Fernando Alonso claim the ninth position in front of an energetic Mexican crowd. Esteban Ocon who started from the back row of the grid finished in thirteenth despite his best efforts to climb the order.

The result leaves Alpine F1 Team in fifth place in the constructors’ standings on 106 points and ahead of Alpha Tauri by virtue of the team’s one race win in Hungary.

Finishing inside the points was always the team’s target and it was nearly made impossible after a chaotic first lap that saw numerous incidents take place. Esteban was clipped on both sides of his A521 after Turn 1 and Fernando had to take drastic action on his steering wheel to avoid stationary cars into Turn 2.

Both drivers remained unscathed after the opening bouts, and following a brief Safety Car interlude, Fernando found himself twelfth, where he started, with Esteban two places down in fourteenth.

After the restart, Esteban’s impressive first lap progress was cruelly hindered after he and Nicholas Latifi made light contact during an overtaking move that consequently demoted him to the sixteenth.

A sequence of overtaking moves by the Alpine duo followed, with Fernando first overtaking Nikita Mazepin on the main straight and then George Russell a few laps later into Turn 4 moving him into tenth. Esteban followed suit and overtook both Latifi and Mazepin to take thirteenth.

Esteban was one of the first to stop and his crew fitted fresh Hards on lap 14 to cover Lance Stroll’s early pit-stop in the Aston Martin. Fernando followed the leading pack with a strong pace and stayed out until lap 39 when he fitted fresh Hard tyres.

The Spaniard re-joined in the tenth and was soon promoted to ninth when Lando Norris pitted. Despite some pressure from McLaren behind, Fernando held firm in ninth and delivered two vital points for the team. Esteban found himself unable to recover the ground lost by starting towards the rear of the field and finished in the thirteenth.

I am happy with a well-executed race for us today. Ninth and in the points after a difficult day yesterday is ultimately a good result. I was not proud of my job yesterday, but I am prouder today. It was quite a messy start and I had to dodge a few cars in the first few corners. It was very close, but we did quite well to avoid any damage and then I gained some positions after the Safety Car. It’s good to see the car can fight for points finishes consistently despite starting lower down the grid. We did lose out a little to Alpha Tauri today in the battle for fifth, but hopefully, the points we scored today will help the team for the end of the season.

It was always going to be a difficult race starting from the back of the grid with the engine penalty, so we can be pleased to make up six positions today. I’m happy with my race and how we fought hard, even if we didn’t score points as a reward. The start was tough, and we were quite fortunate to get away without too much damage after the contact at Turn 1 with two cars. I tried to back out of it but there wasn’t much to be done there. After that, we had some good battles to work our way up through the field, which was fun. As a team, it’s good that Fernando scored points today as it’s important for the championship and our focus moves forward to next week where we both aim to be in the points.

After a compromised qualifying yesterday, to be back in the points today shows the fighting spirit of this team. It was important for us to return to the top ten today after the frustration in Austin last time out. It was not an easy race – far from it – with Fernando starting in the middle of the pack and Esteban at the back of the grid with the engine penalty. For Fernando, he was a little unfortunate at the start as he had to avoid Bottas’s spin but from there, he drove a very smooth and sensible race to work his way into the points.

Esteban too had a tricky start and was sandwiched between two cars at Turn 1, which he did well to avoid. Like Fernando, he showed a strong race pace and dug in to finish in the thirteenth. Of course, scoring two points with one car is not our aim but after yesterday’s qualifying, it’s a result we can be pleased with. It also gives us additional motivation ready for next weekend in Brazil where we return to more conventional conditions. The fight with Alpha Tauri for fifth is now level and we must continue our hard work and commitment to stay on top in the battle.” 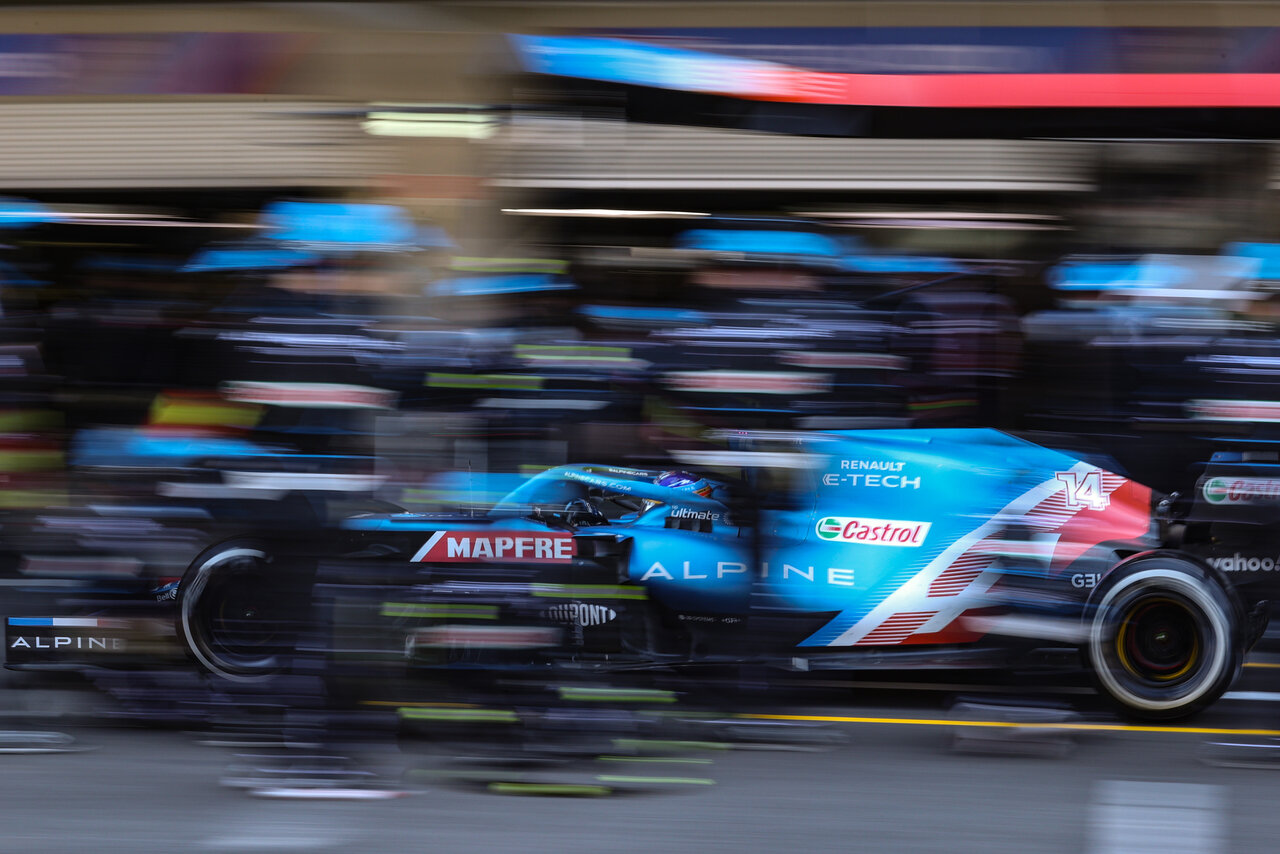 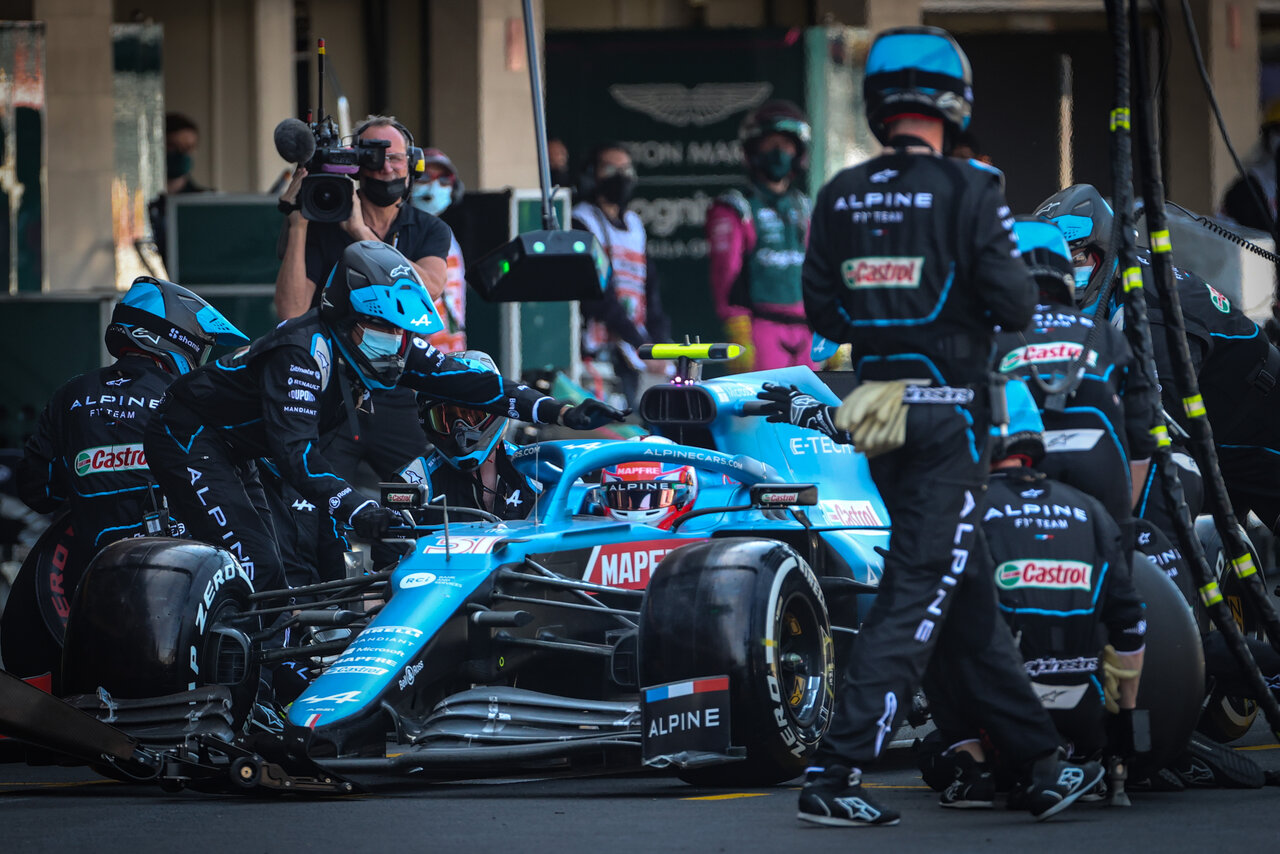 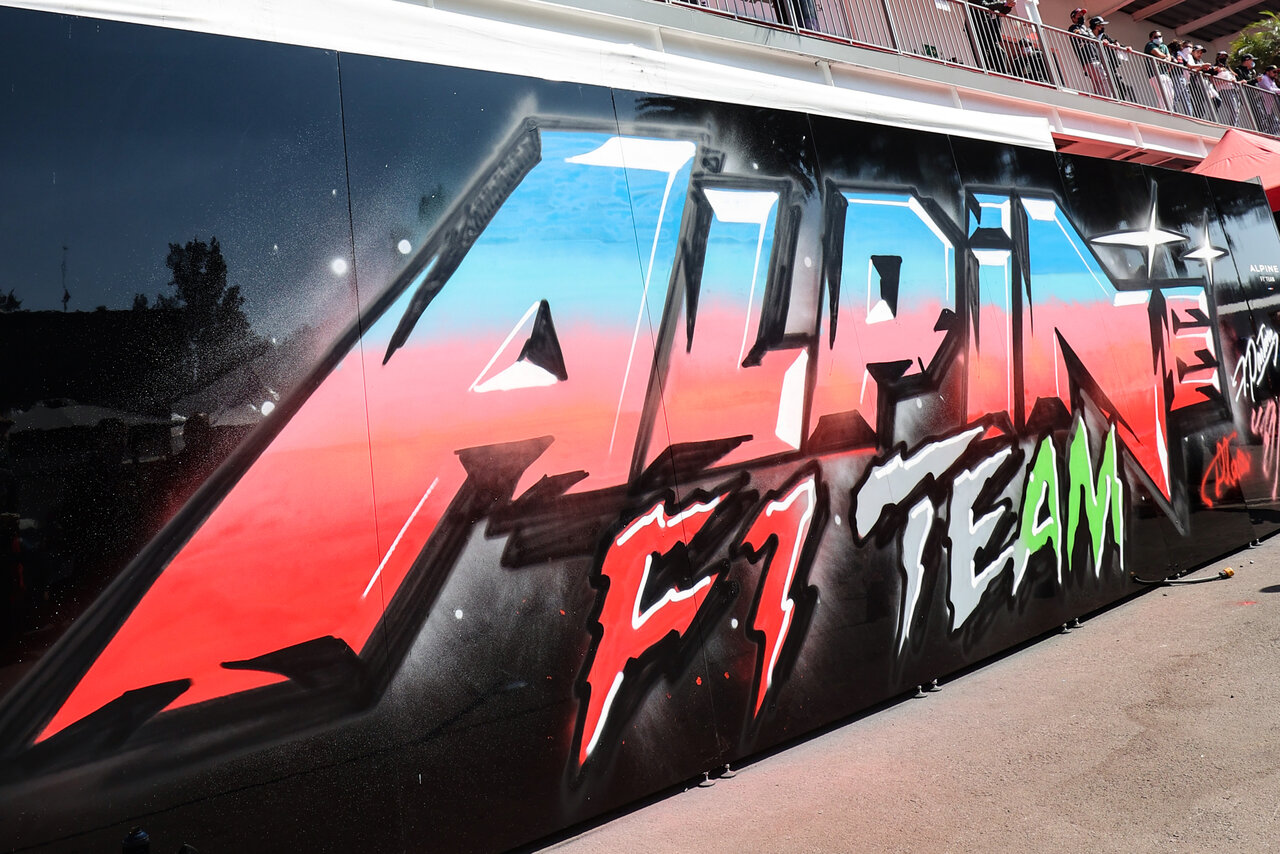 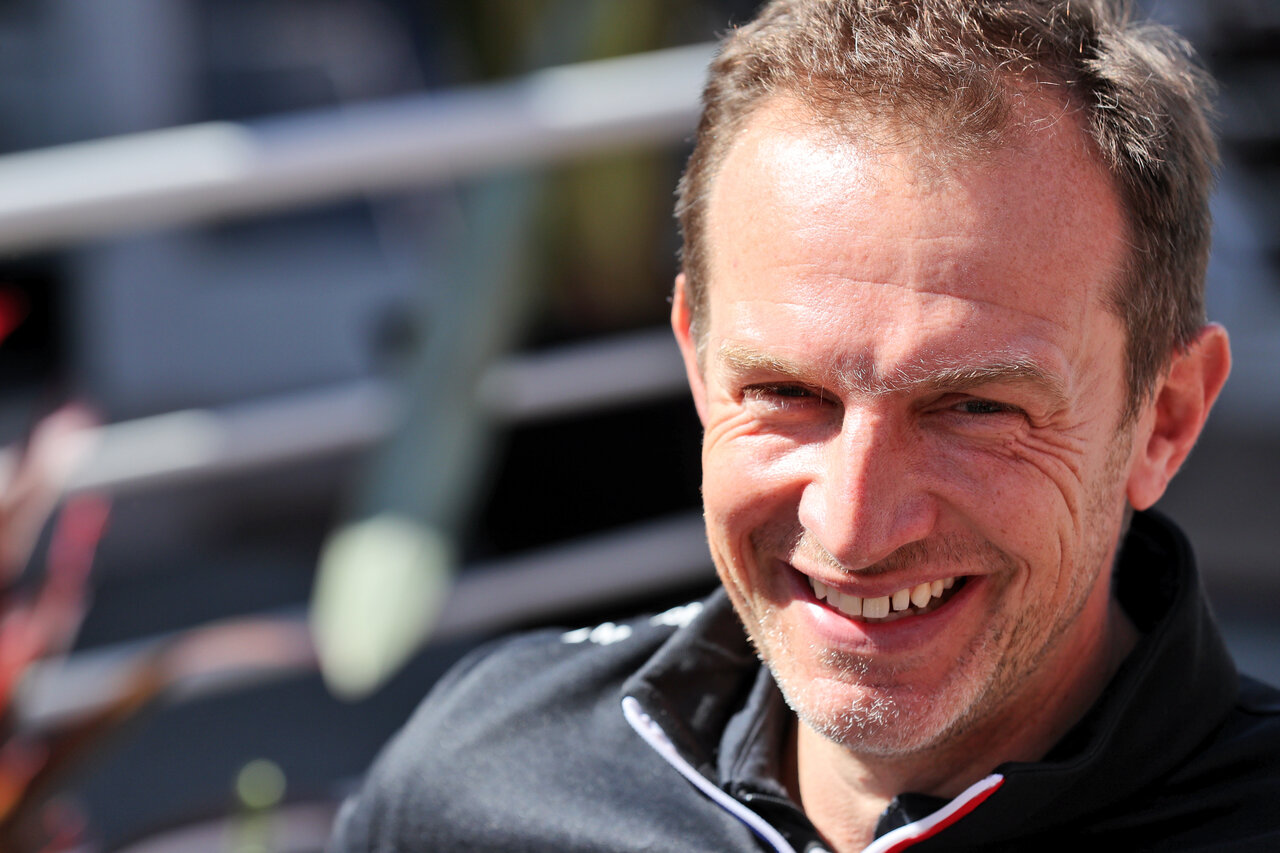 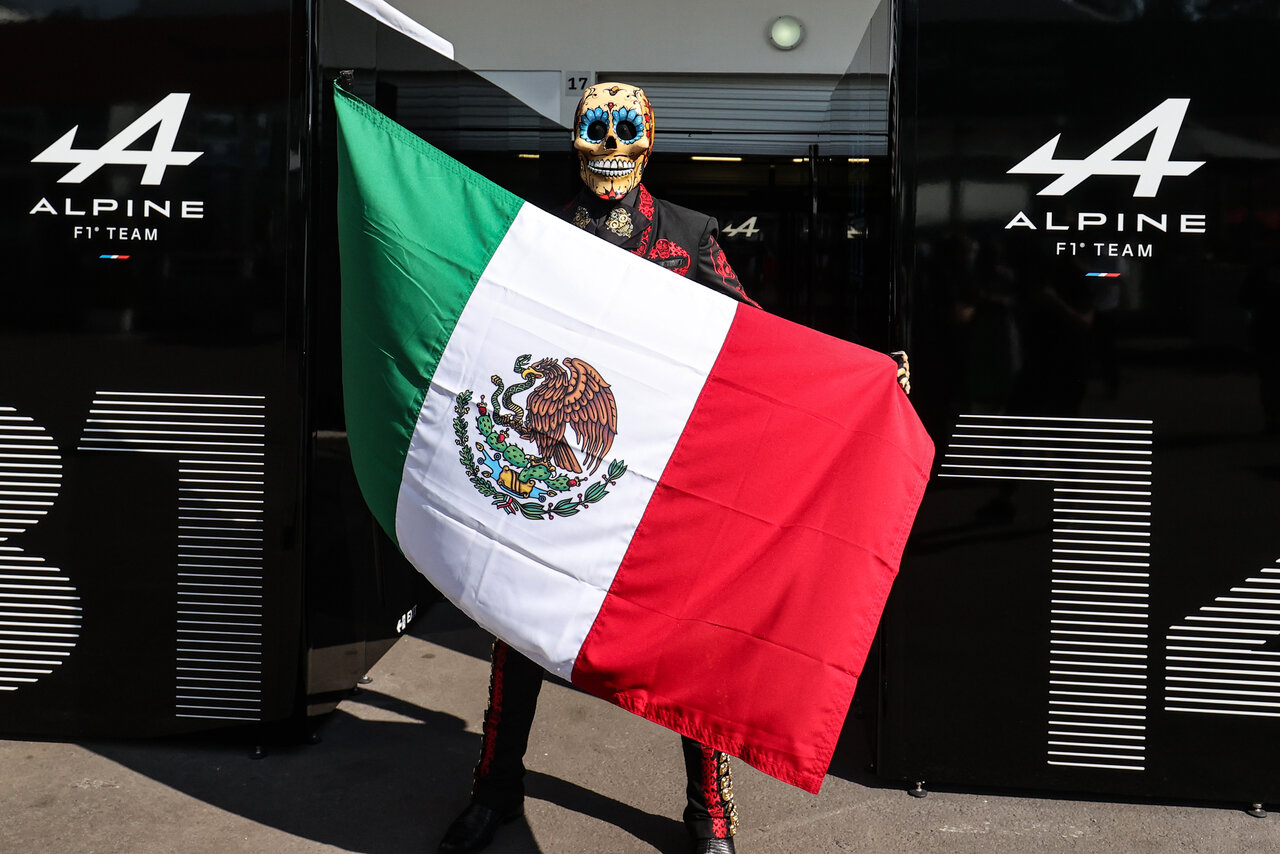 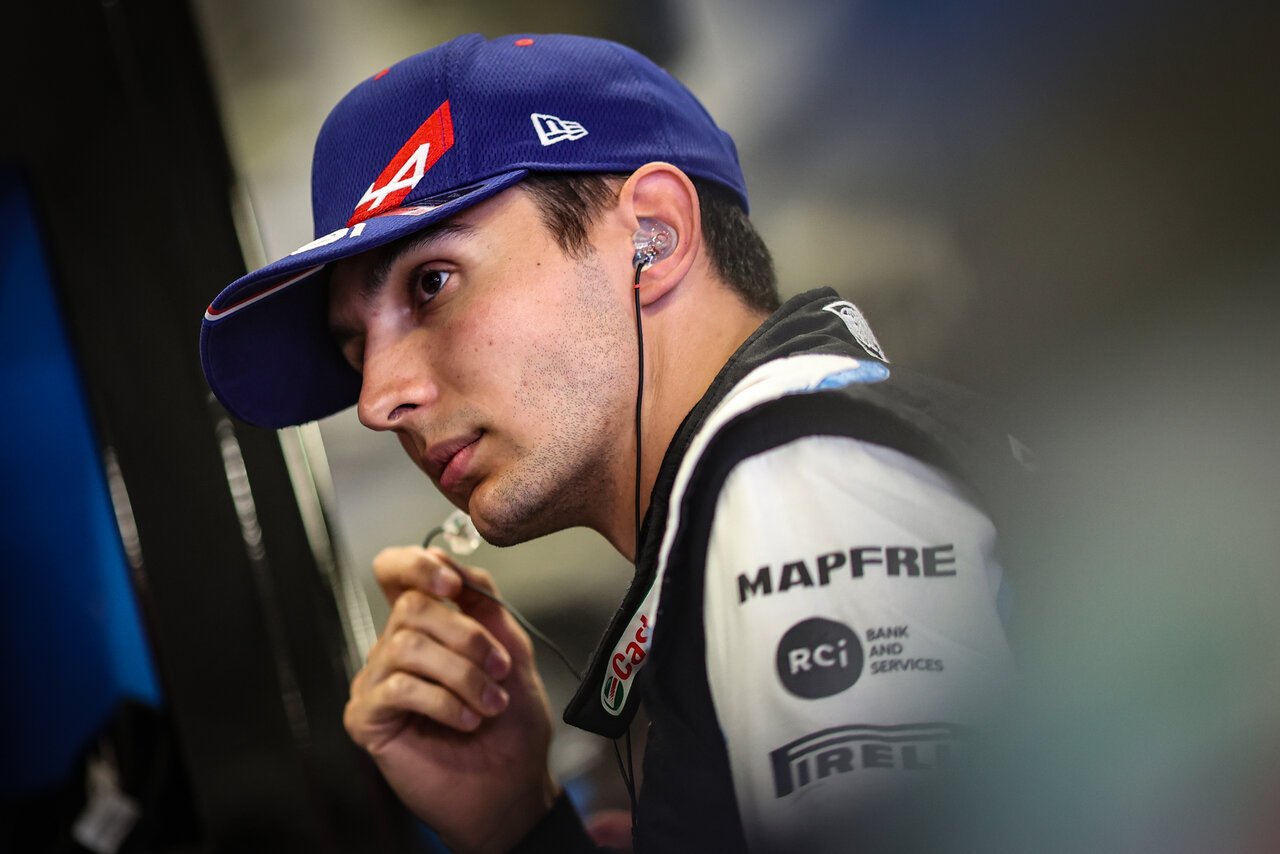