Schumacher fitted Pirelli P Zero Yellow medium tires for the opening stint of the race and stayed out of trouble before pitting mid-distance for White hard tires. Schumacher hunted down Williams rival Nicholas Latifi through the final stint and made a successful overtake through turn three. It gave Schumacher 17th place and his third successive finish in as many Formula 1 starts.

Mazepin also took medium tires for the opening lap and briefly ran ahead of his teammate before settling into a rhythm. Mazepin exchanged his mediums for hards on lap 32 and then came in for a second stop on lap 46, fitting the Red soft tires, in order to gather more experience in free air. Mazepin greeted the checkered flag in 19th position to accumulate more mileage behind the wheel of the VF-21.

I think the race was positive if you look at the lap times. Obviously, we realized we were not fighting for any top positions, we converted to our Plan C, which wasn’t the optimum in terms of the overall finishing delta, but it was definitely the optimum for not receiving the blue flags. It allowed us to get those laps in and see how the car behaves and where we should be improving.

The first few laps were good but after that, I need to improve the way I was driving – that will come with experience. In terms of learning, it was a decent race. There are loads of things that I can improve on my side.

It was a challenging race and unfortunately overtaking is quite difficult around here. It was tough for us lap after lap having to follow close-by, especially in the midfield where we were quite strong. Being that close – you just burn up your tires and obviously then it gets difficult. Eventually, we pushed the Williams into a mistake, then we kind of had a free run and were able to show our pace.

If we had cleared Nicholas (Latifi) earlier, I think we could maybe even have had the pace to catch up to and fight with George (Russell). Overall, we wanted a clean race and to see the checkered flag. We managed that and everything went well.

It was a weekend with progress. I know I keep on using the word progress, but that is what we need to make, and we’re doing it. The whole weekend was good in my opinion. When you sit there and you can’t get by Latifi, frustration sets in – and that’s a good thing as it means we could have more. In the end, Mick passed him, and that was good, but maybe we missed out on George (Russell) being on the radar if we’d passed Latifi earlier – but we take it to step by step.

Nikita also made progress, as much as the result may not show it. We put him on a new set of tires just to give him more time to drive the car at the limit. With all the blue flags, there was a risk with his C1 tires that they’d cool down too much – then it would have been no fun to drive. He fell a bit back because of that but he completed the race once again. He’s making progress, he’s getting faster every weekend as well. 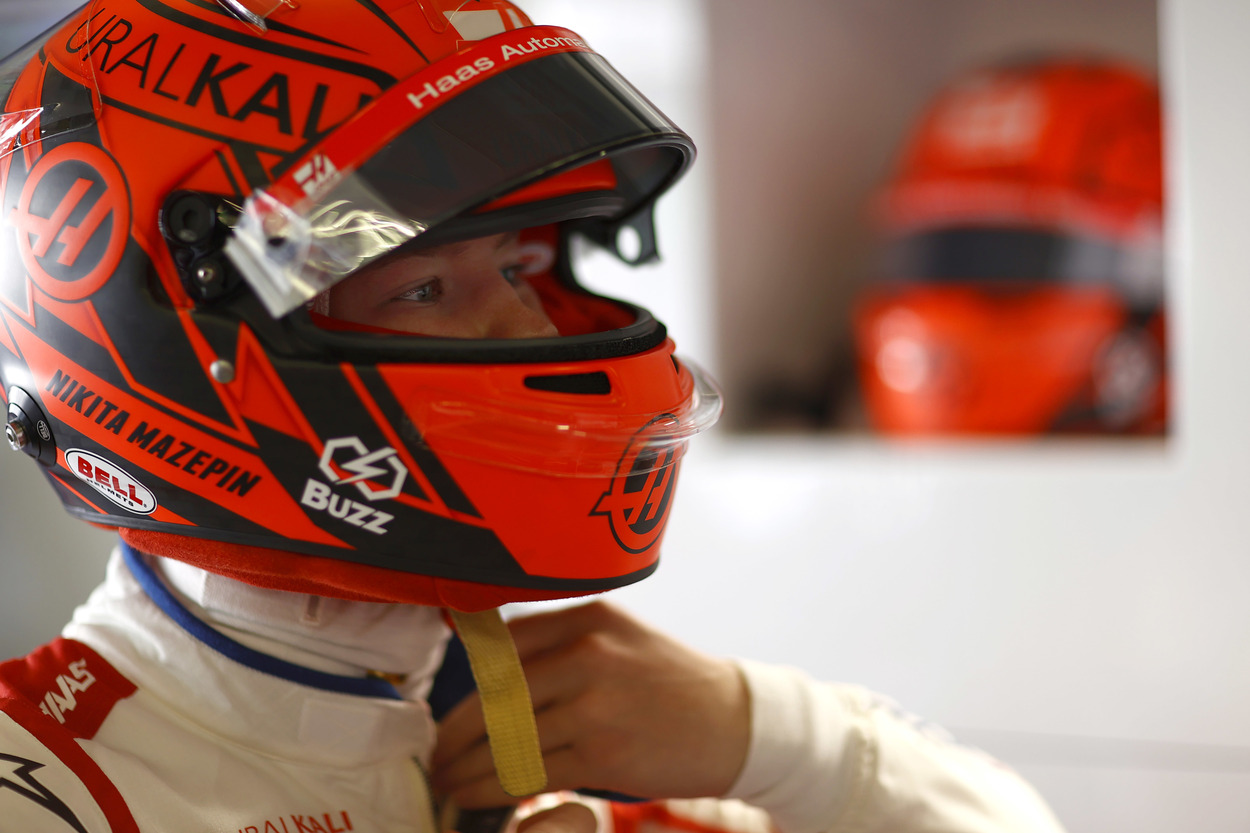 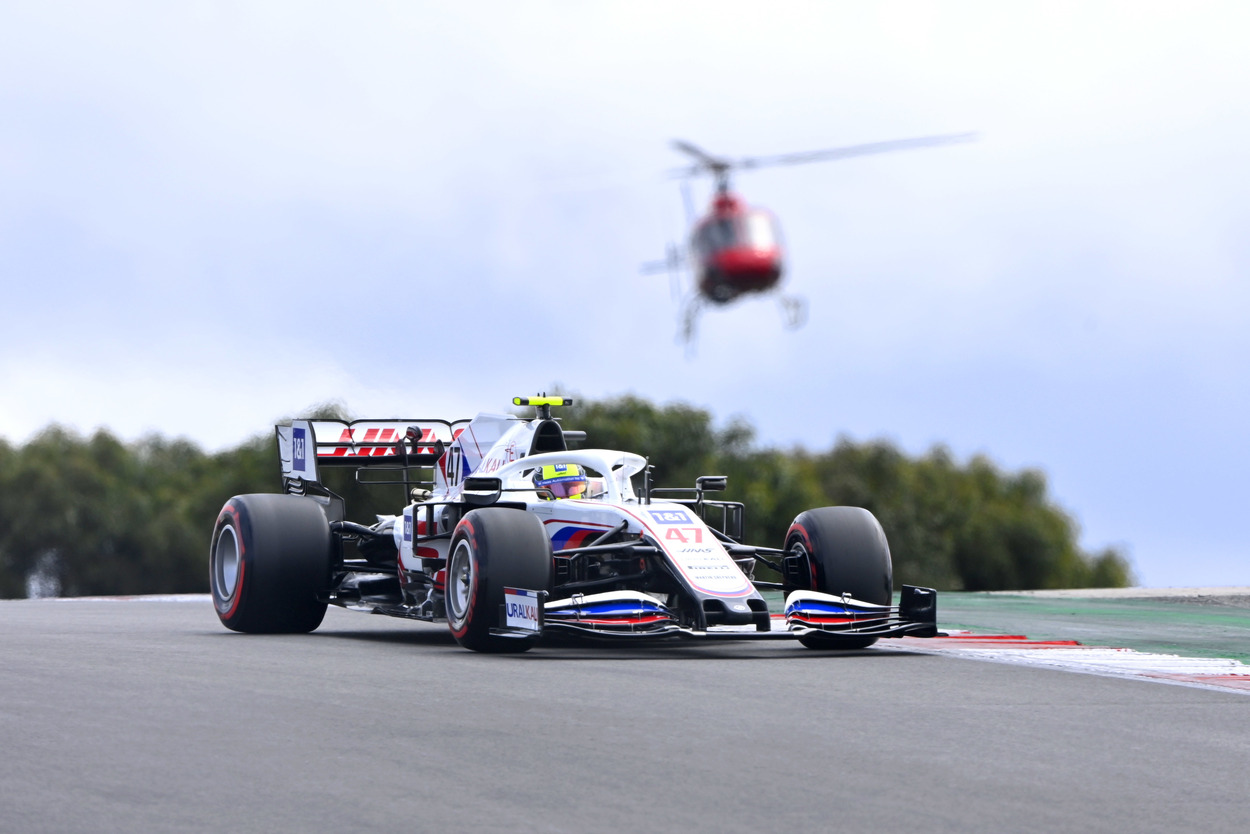 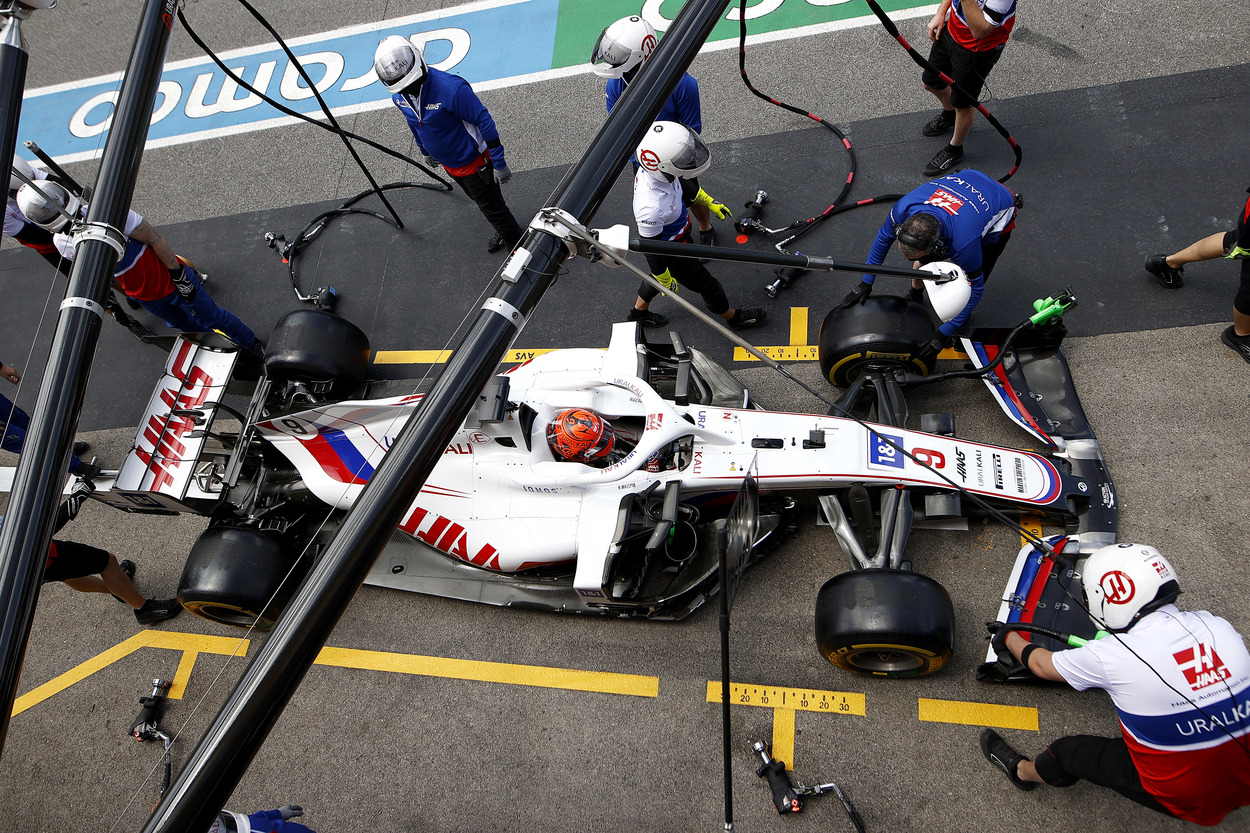 ALGARVE INTERNATIONAL CIRCUIT, PORTUGAL – MAY 01: Nikita Mazepin, Haas VF-21, in the pits during the Portuguese GP at Algarve International Circuit on Saturday May 01, 2021 in Portimao, Portugal. (Photo by Andy Hone / LAT Images) 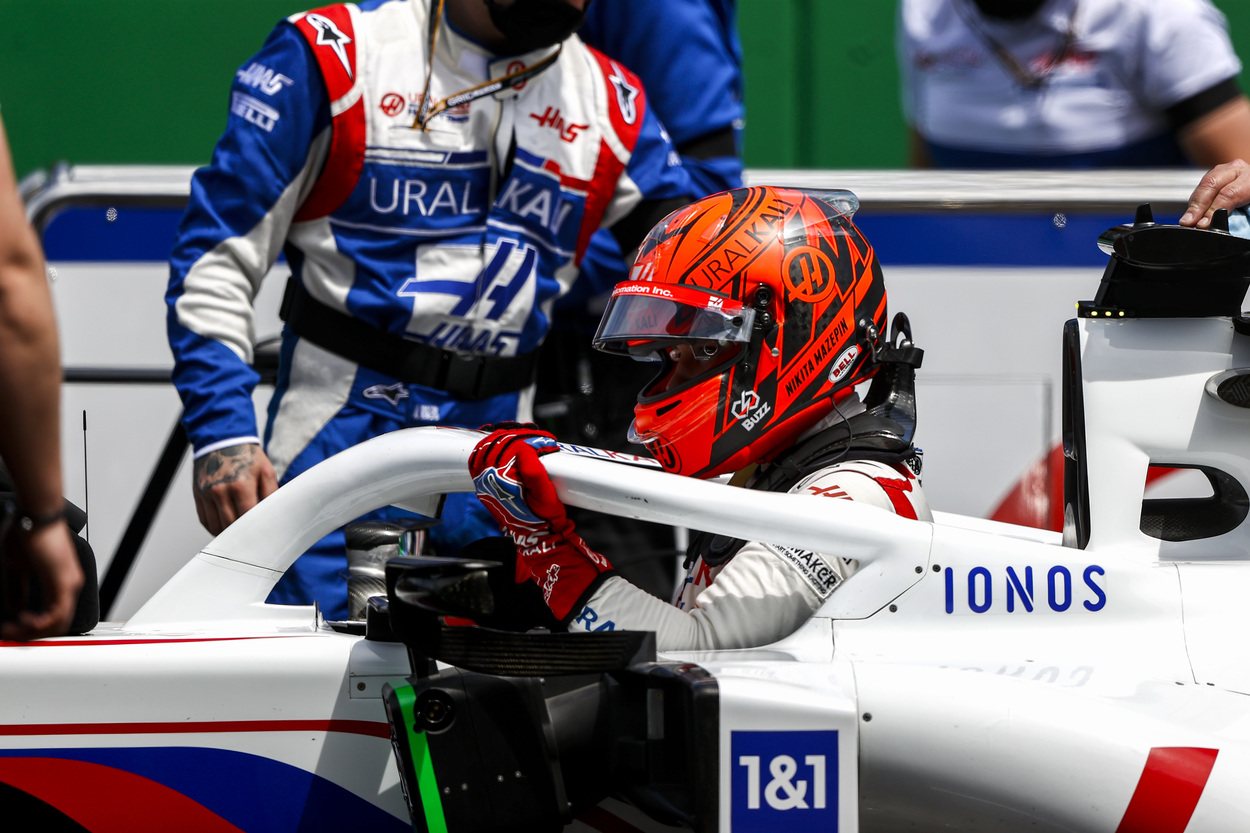 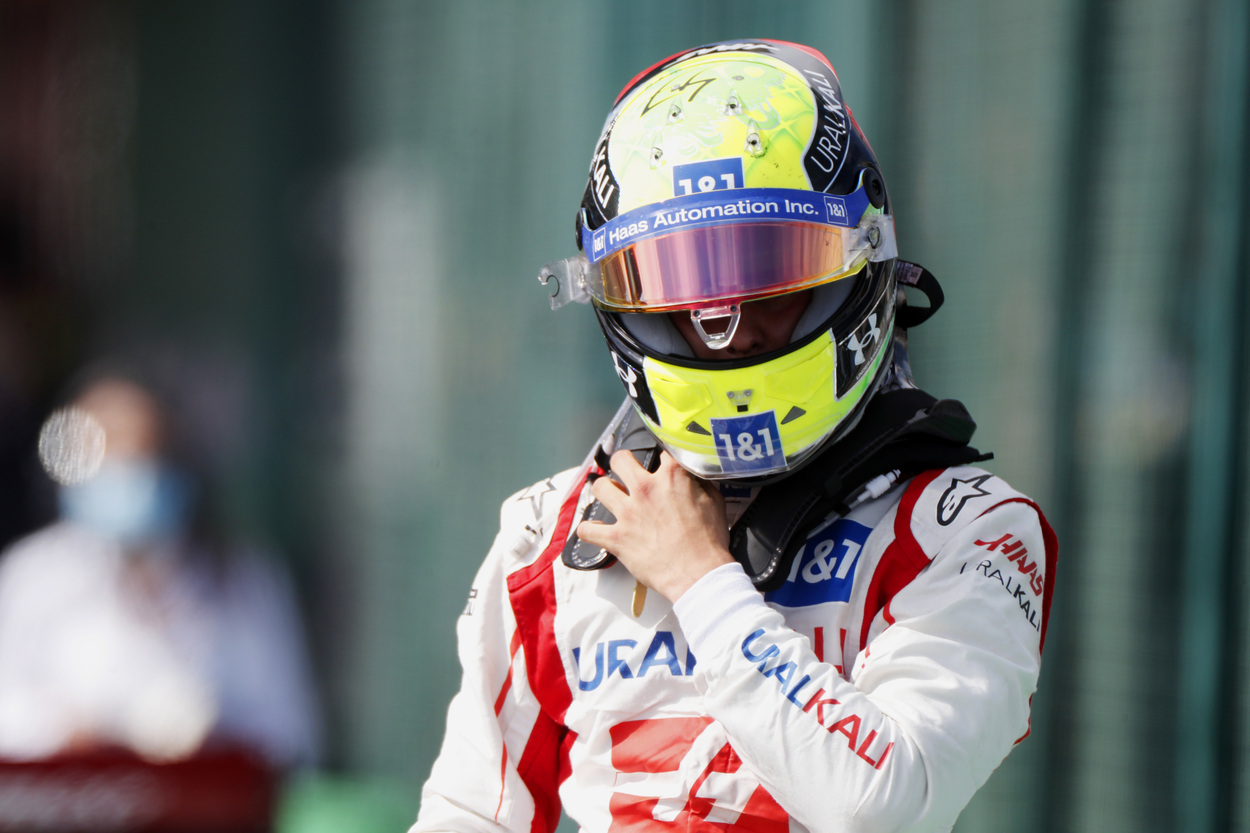