A hard-fought victory in Russia saw Lewis extend his F1 victory record to achieve the momentous milestone of 100 career victories in the highest echelon of motorsport.

Lewis had dropped three places on the opening lap, keeping his nose clean to navigate a very bunched field before settling into the race and preserving his tyres for an extended stint on the Medium, eventually moving up to fourth.

Lewis gained places after the first round of pit stops and worked his way to a two-way battle for the lead with Norris. With rain forecast to arrive for the final few laps, Lewis found it difficult to pass the fellow Brit in the dry.

When the rain finally arrived, the team pitted Valtteri for an early switch to the Intermediate tyres. Lewis joined him soon after, in contrast to Norris who stayed out and struggled badly in the worsening conditions.

Valtteri took full advantage of the late rain and his early switch to Inters saw him make several solid passes to bring the W12 home in P5, securing vital points as the team extended its lead in the Constructors’ Championship. Lewis, meanwhile, safely guided the W12 home in increasingly heavy rain to take the chequered flag in P1.

Today marks Lewis’s 79th victory with the Mercedes works team, extending its100% win record in Russia which began with victories for Mercedes in 1913 and 1914. In claiming 25 points today, Lewis surpassed 4000 points in F1, the first driver to reach that milestone.

Wow… 100! It’s taken a long time and I wasn’t even sure the 100th would come! Going to bed last night I wasn’t the happiest with the job I did yesterday. I watched the replay over and over again; they were subtle mistakes but I was so determined to put things right when I woke up this morning.

Today was tough – I lost a lot of ground at the start, just trying to stay out of trouble. I was patient and at the end, when the rain came, I didn’t want to let Lando go by boxing. Of course, I didn’t know what the rain was doing, it was just my feeling but I’m incredibly grateful to the strategy team for the job they did today. Getting anywhere near 100 victories wouldn’t be possible without the hard work of the men and women here and back at the factory, I’m so grateful to them – it just feels so special.

Lando did an amazing job today, he had incredible pace and he’s doing such a great job for McLaren. It was bittersweet to see my old team ahead, they’re doing so well powered by Mercedes and it’s good to see them united again. Max did a good job to come up from second to last, the battle continues and we know we need to be on top form over the remaining races.

Firstly, congrats to Lewis on the win and his 100th victory. From my side, it was a difficult race and not an easy day, but the situation at the end with the rain saved it for me. Before that, I was struggling to progress through the field. It was much more difficult than I thought it would be because I just couldn’t follow through the corners – I was getting big understeer. I couldn’t carry the speed and get close enough to overtake, and other cars were finding it easier to follow closely. Then the rain arrived, I wanted to stop one lap earlier but the team wasn’t quite ready, but we were still one of the first cars to stop, which was good. I managed to climb up the order and score some good points, which is positive after a tricky day.

Those final few laps were so intense, but we managed to make the right calls and lead the field across the finish line. A big congratulations to Lewis on his 100th win. What we are witnessing is just mind-blowing. It’ll be talked about for the next few days, but it’ll only be years down the line when we realise that we’ve all been part of this journey. A journey no other driver in F1 history has done so far. That’s beyond race wins and championship victories, that is the very human part of all this.

In terms of the race, I think it would have been difficult to get past Norris in the dry, as Lewis struggled to overtake Ricciardo even with DRS. Norris managed the race very well, who knows what would have happened if the rain hadn’t arrived, but it did. This kind of decision is hugely difficult, it started to drizzle on half of the circuit, but we made the call and it paid off. We’d made the call a little bit earlier with Valtteri, and that brought him into contention after a challenging race and he did a great job to move up the field and into the top five.

A big well done to the entire team for all their work and efforts, it’s been a little while since we had a race victory but I know results like this will fire everyone up, even more, to keep pushing until the end of the season. 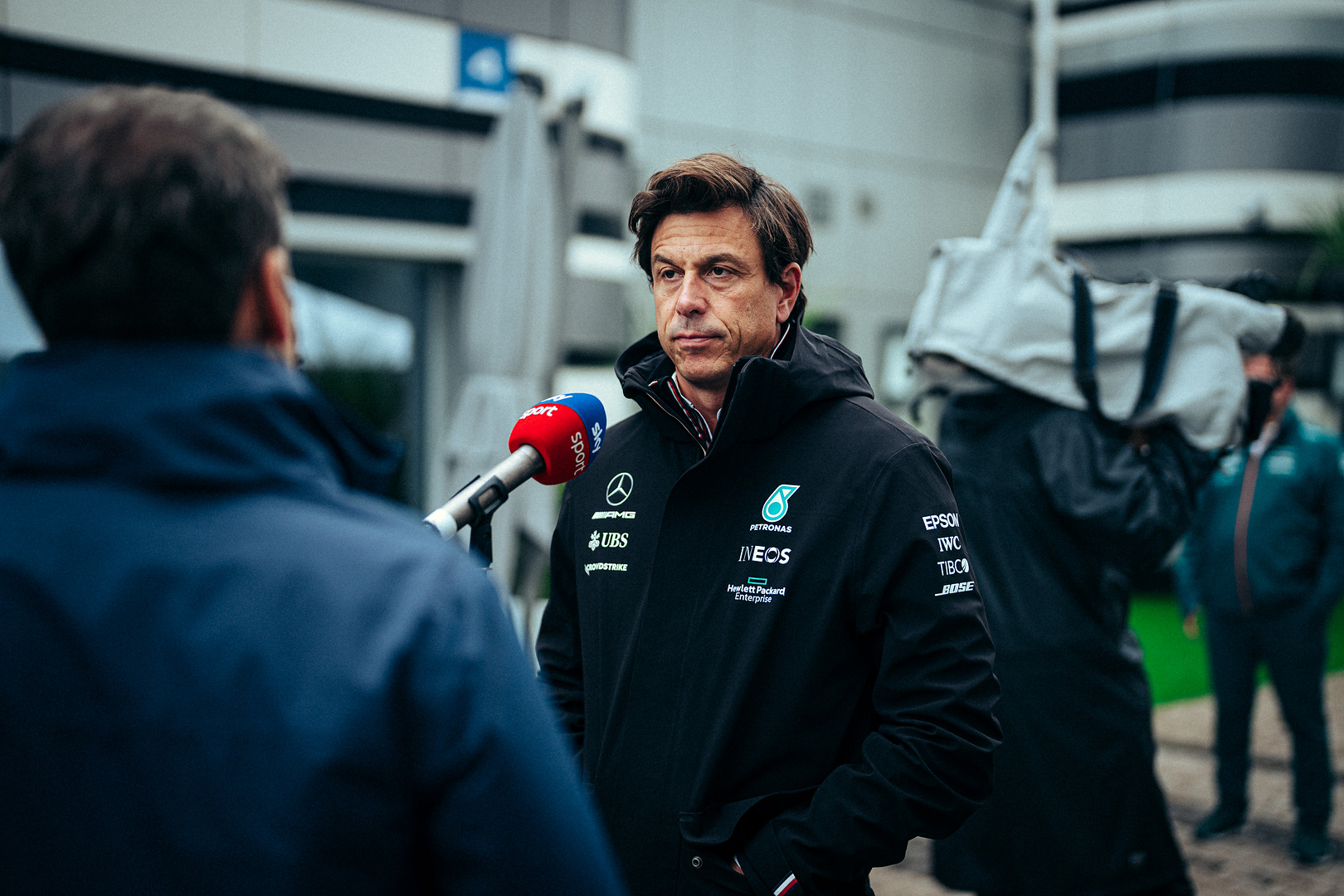 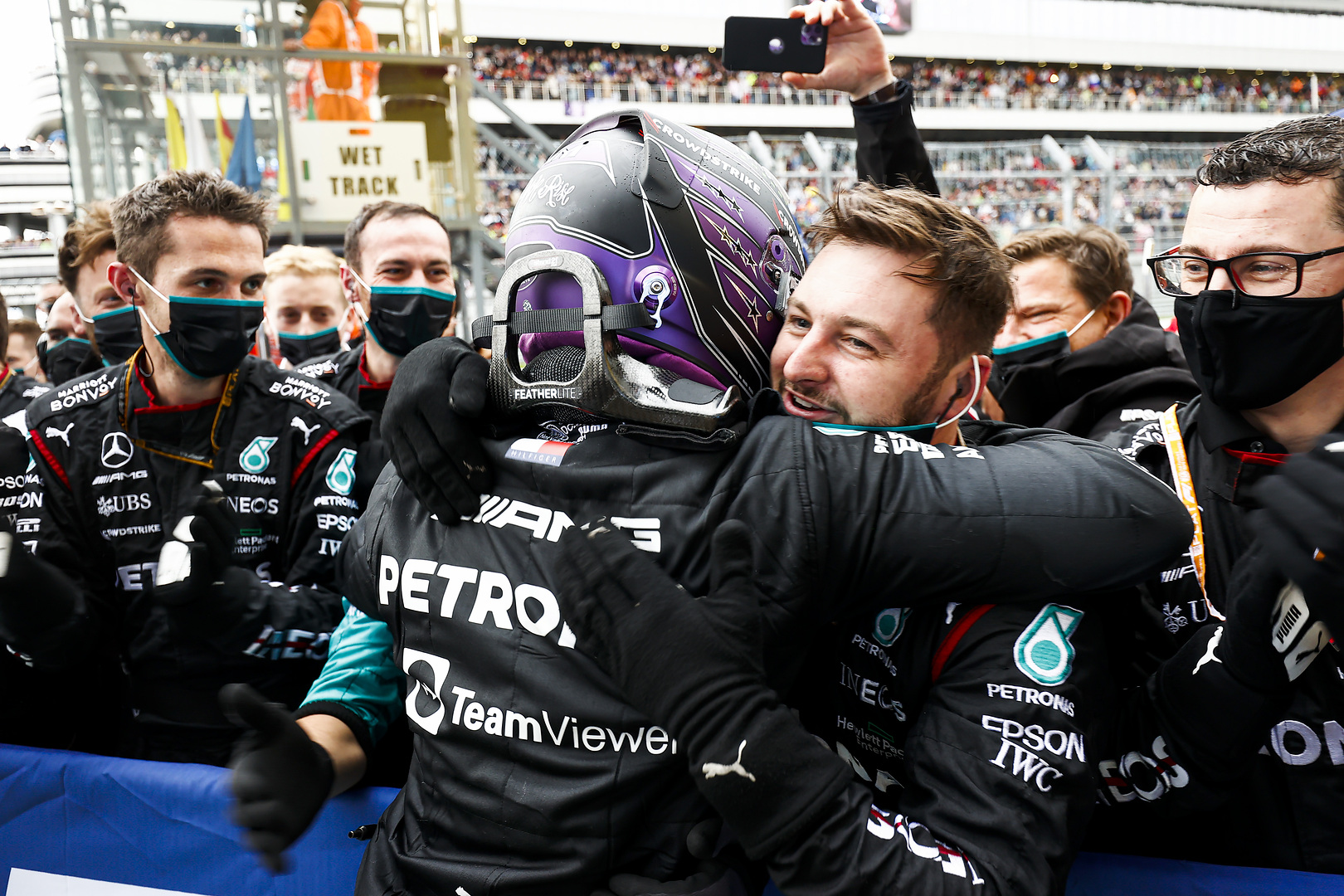 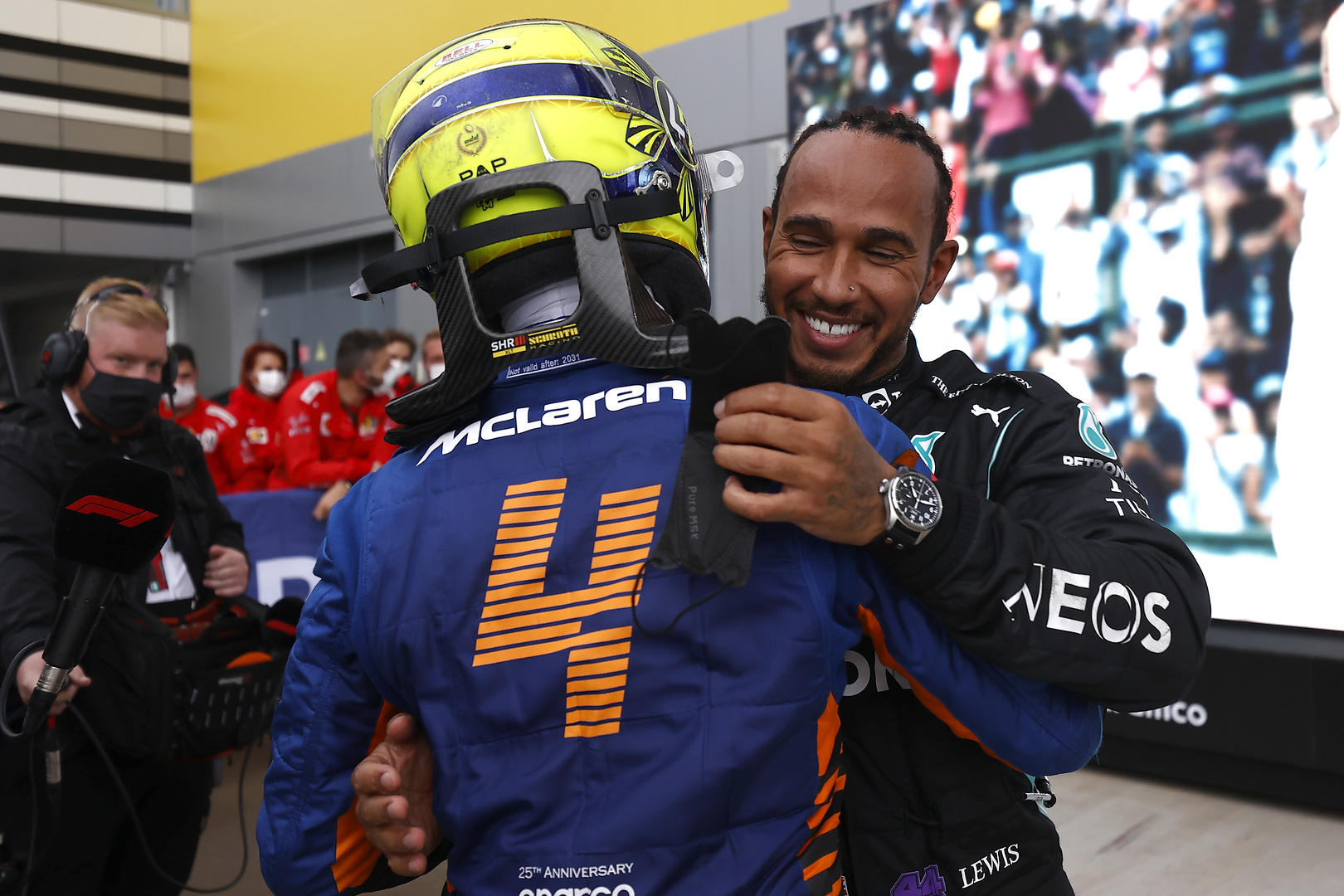 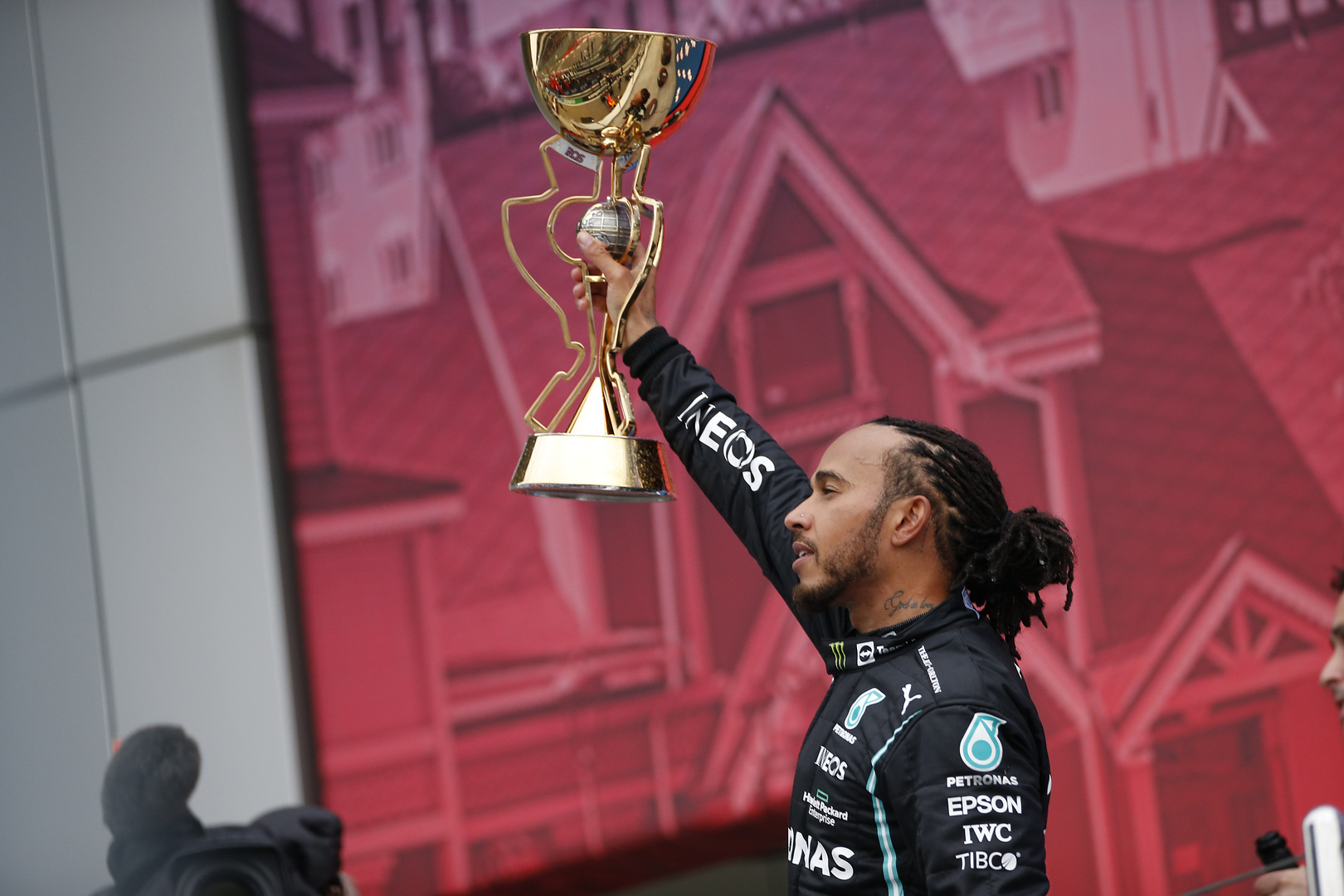 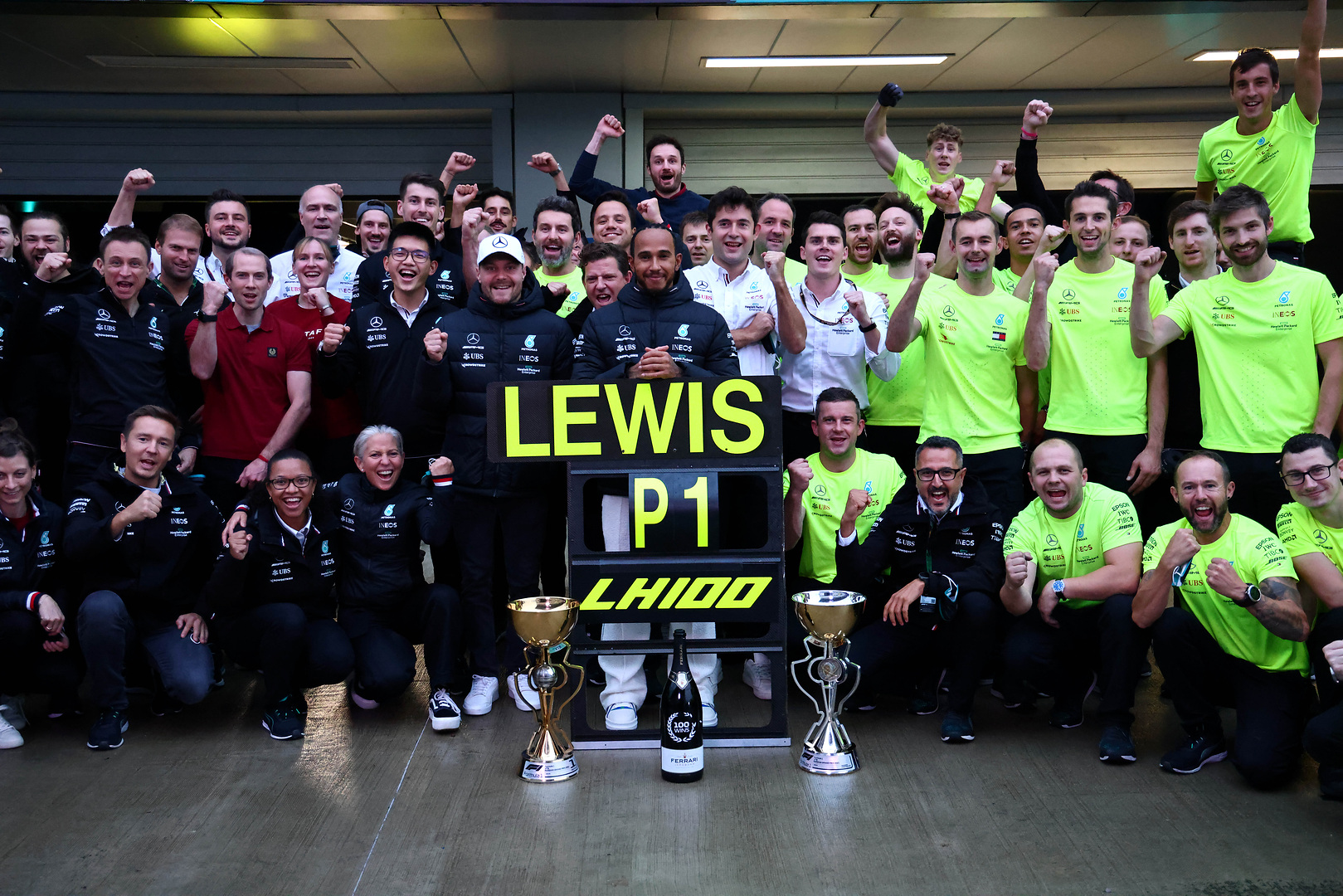