Alpine F1 Team extended its points-scoring streak to fourteen races as Fernando Alonso finished in sixth place in a busy and eventful Russian Grand Prix at the Sochi Autodrom. Esteban Ocon was outside the points in fourteenth place.

The race began dry and ended in the wet as rain fell just a handful of laps from the end, bringing a difficult decision on whether to gamble on dry tyres to the chequered flag or opt for Intermediates. Eventually, both drivers went for Intermediates with Fernando able to hold onto sixth place and add a valuable eight points to the Championship.

Both drivers made strong starts off the line with Fernando – starting on Hards – late on the brakes into Turn 2 in the fight for the top four, and Esteban – on Mediums – able to progress to eighth place. Fernando settled into eighth and Esteban ninth in the early running. Esteban pitted on lap 15 for new Hards to cover others around him while Fernando remained out and ran long on Hards, occupying second place for seven laps.

After his pit-stop for Mediums on lap 36, Fernando soon chased the top five, passing Max Verstappen into Turn 2 on lap 37. With the threat of rain increasing, Fernando continued his charge towards the podium positions, which he briefly held after passing Sergio Perez on lap 48. But, as the rain fell, he and Esteban pitted for Intermediates three laps from the end. The Spaniard was able to battle back to sixth with Esteban outside the points in fourteenth.

It was not a good race for us today and, in general, we haven’t had the pace all weekend. It’s disappointing, of course, not to score points, especially when there was an opportunity at the end with the wet conditions. We didn’t make the right decision at the end and it was a risk to stay out on track on dry tyres. It’s one of those days we have to forget, and we’ll move on, analyse what happened, and come back stronger for the next race.

We finished sixth, but I think third place is more of a true reflection of our finishing position today. It all came down to luck in the end with the rain coming so late on. It was like a flip of a coin. Some cars stopped one lap earlier and I was in the third position when it really started to rain. It was impossible to predict. Nevertheless, sixth is a good result for us and we deserved it. We looked competitive throughout the race, so there are lots of positives to take away.

A bittersweet feeling today; we took home eight points, but we missed an opportunity to finish on the podium. We decided to start the cars on different strategies, with Fernando starting on Hard tyres with the objective of stopping later in the race and potentially benefit from safety cars or any rain coming. Both drivers had a good first stint, with Esteban stopping earlier on the Mediums. Unfortunately, he ran out of grip in the later stages of the race on the Hard tyres.

Fernando managed his tyres well and had a very good pace right until the rain started to fall. At this stage, the challenge was to predict whether it would get heavier or go away, which is a bit of a lottery. Fernando was making positions on the dry tyres in the light rain and we decided to leave him out; had the rain intensity reduced we would have likely finished P2, but unfortunately, it went the other way and we pitted him a lap too late. It was a similar story with Esteban: as he was outside of the points, we had to take a gamble: pit early for Intermediates or leave him out on the dry tyres, we opted for the latter and did not luck in.

We’re leaving Sochi with eight points while our closest rivals didn’t score any, so overall a good result for the championship even if we feel we missed out on a better result today.” 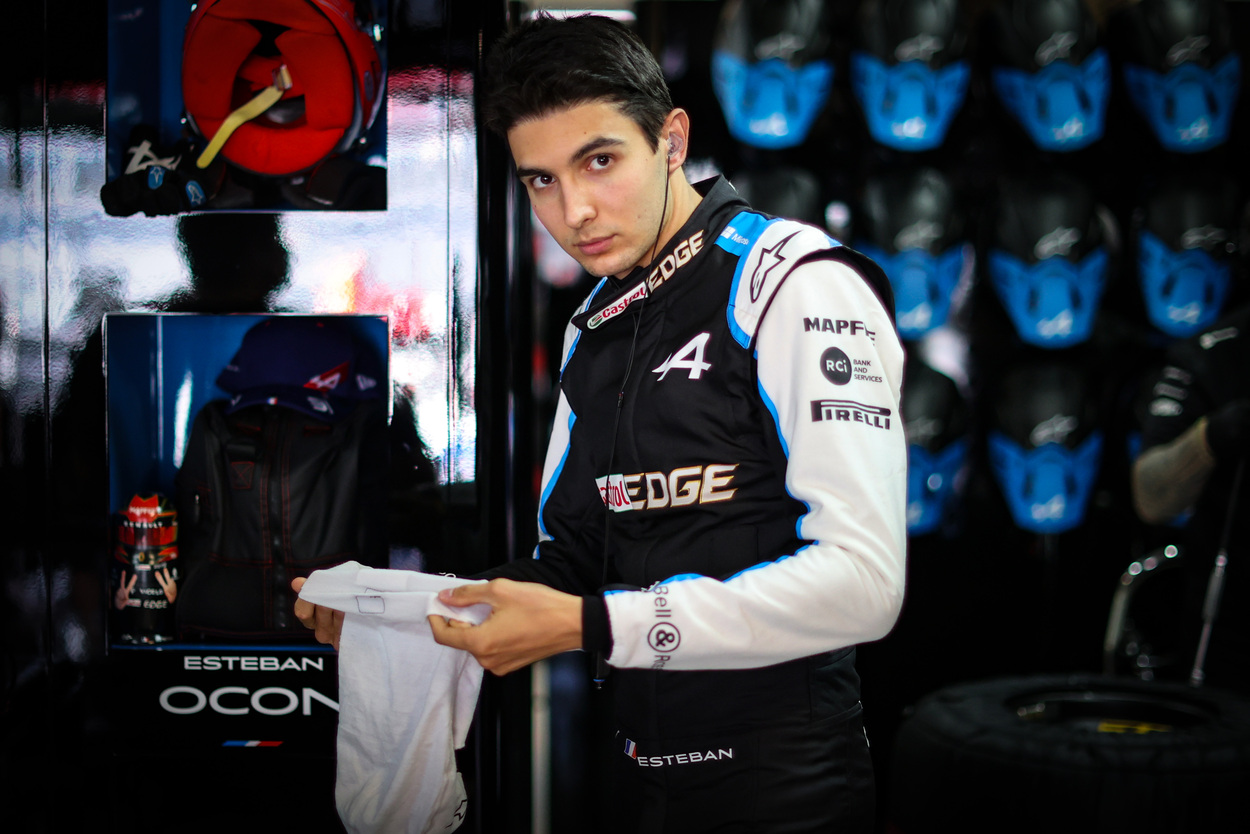 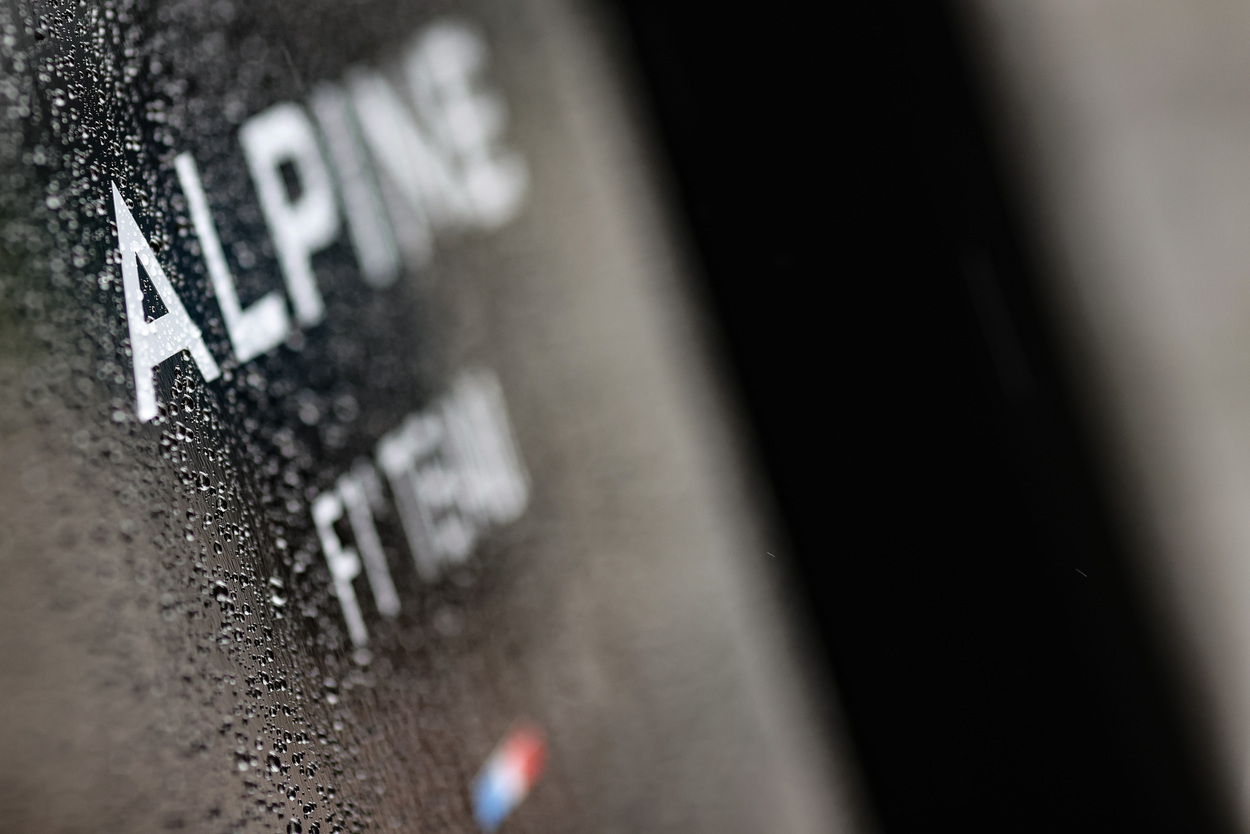 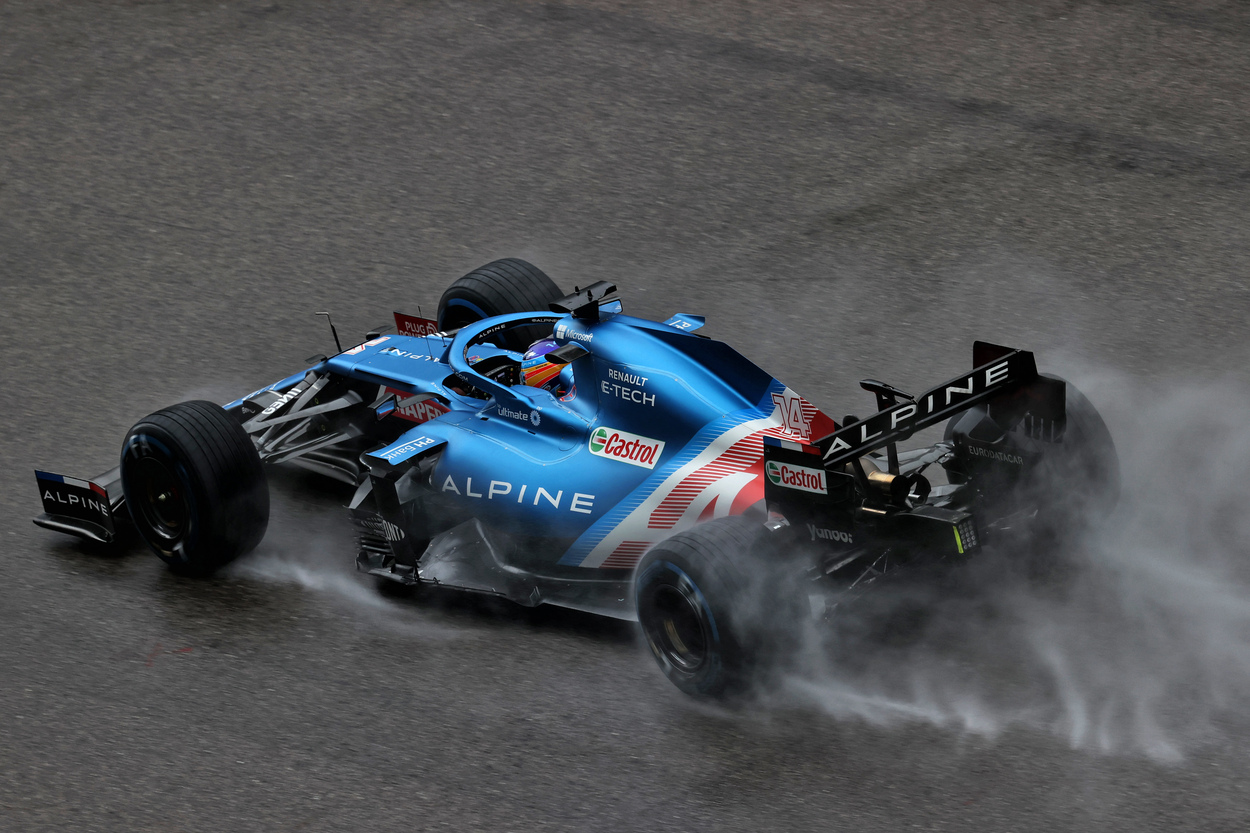 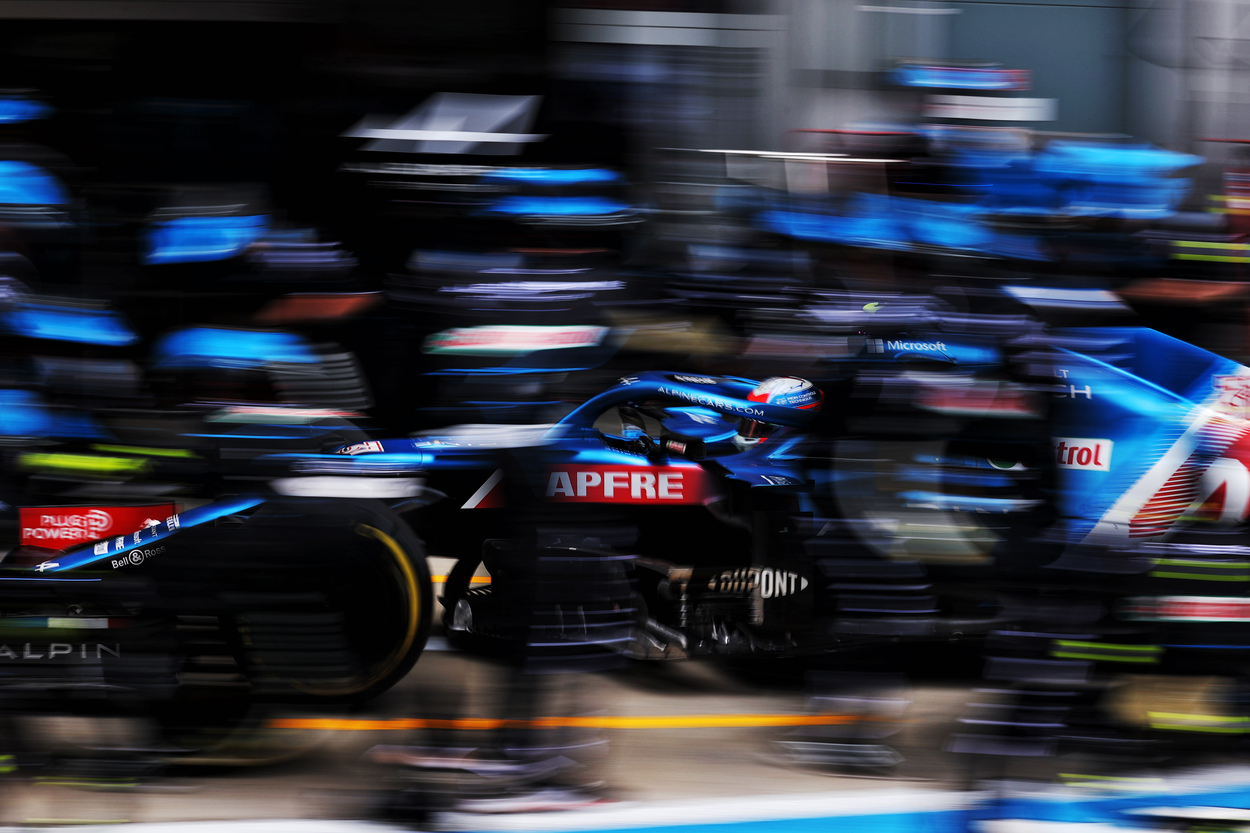 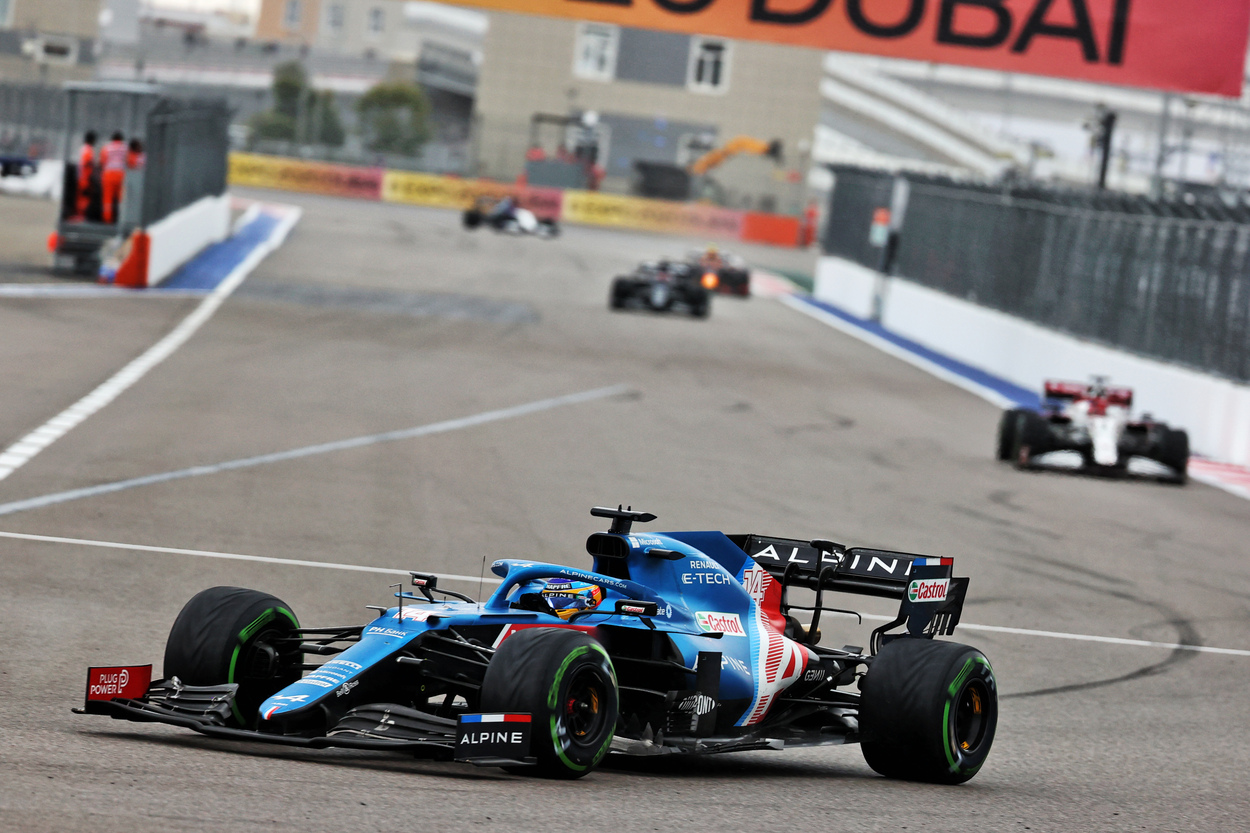 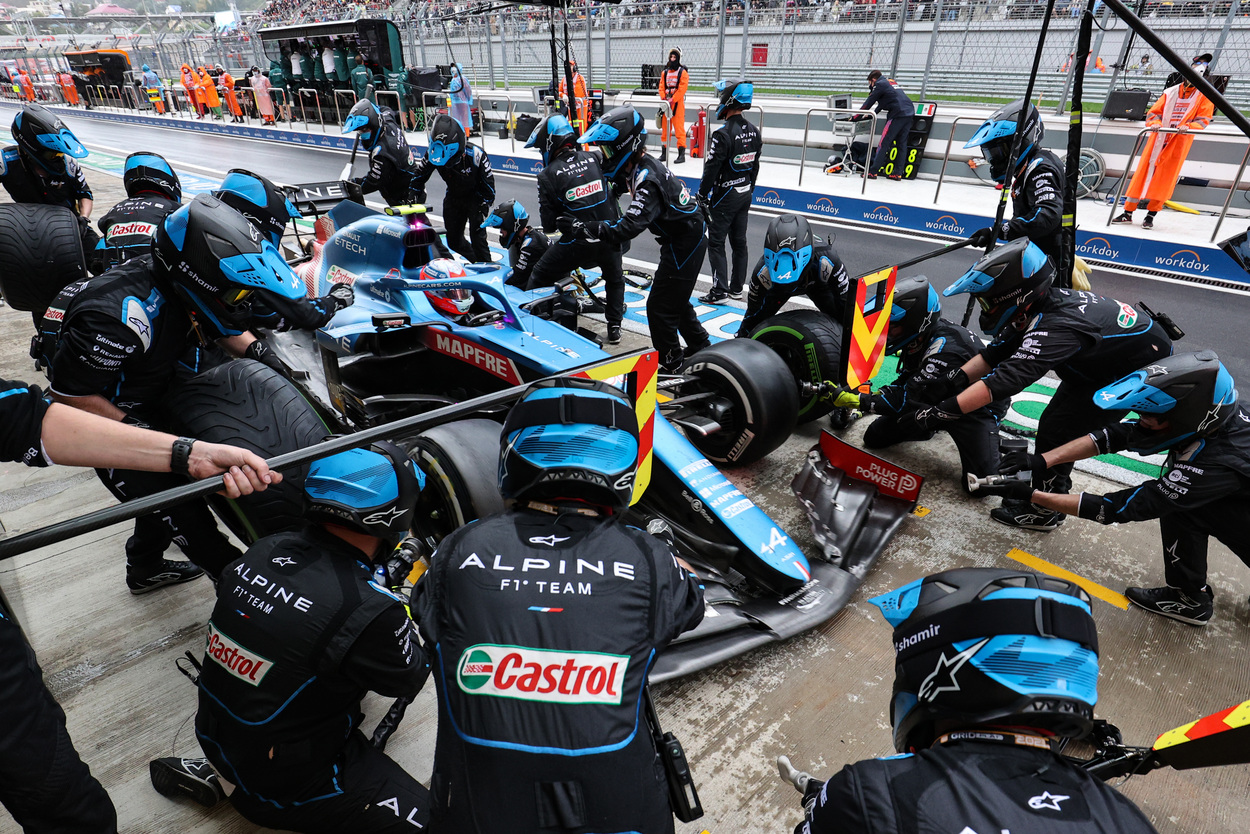