Lance Stroll and Sebastian Vettel battled hard and looked set to charge their way into a double-points finish in Sochi, only for late rain to throw the 2021 Formula 1 Russian Grand Prix upside down. The final five laps proved challenging for the Formula One field but the Aston Martin Cognizant Formula One™ Team duo showcased precision driving to take home 11th and 12th respectively.

It is a real shame that the change in weather cost us a strong chance of a good result and plenty of points. In hindsight, stopping one lap earlier for Intermediates could have changed our race, but it is always hard to judge when the conditions are evolving. I made the call for us to stay out and try to make it to the end, so it is down to me. It is even more disappointing considering we made a great start and got up to fourth in what was a really enjoyable battle in the first few corners. We made the undercut on George [Russell] later on, which worked out nicely, but the second stint on the Hard tyre was made more challenging by the DRS train of cars ahead, which always hurts the tyres, and then it rained. It became very slippery out there and I did not see Sebastian alongside me. We will learn from today and move on to Turkey in a few weeks’ time.

In the early part of the race, it was not easy to make much progress in the train of cars, but when the rain came in the final few laps the race became a lottery. It felt like a 50/50 call as to whether we should pit for Intermediate tyres. It felt like the rain would stay light, so we stayed out, but then it became much heavier and caught us out. So we had to pit in the end and fit Intermediates, which dropped us down the order. When you have rain late in the race it can give you a big opportunity, but it did not go our way today. I think it was an entertaining race for the fans and I am happy for Lewis to have won his 100th Grand Prix: a huge achievement and well deserved today.

Lance made a fantastic start to move up to fourth place on lap one, and he held that position comfortably on the Medium tyres until we brought him in for Hards on lap 12 – the first tyre stop of the race. He then managed his tyres well in very difficult conditions, until the heavens opened a few laps from the end, which made the last part of the race something of a lottery. There was almost no grip at all, and he and Sebastian even made contact at one point, but the track surface was incredibly slippery and both our drivers did their very best. The result was ultimately a disappointing one for us – 11th and 12th – but, when it rains suddenly like that, luck often plays as big a part as judgment. Finally, on behalf of all of us at Aston Martin Cognizant Formula One™ Team, I would like to say a big congrats to Lewis [Hamilton]. To win 100 Grands Prix is a truly extraordinary achievement. Well done! 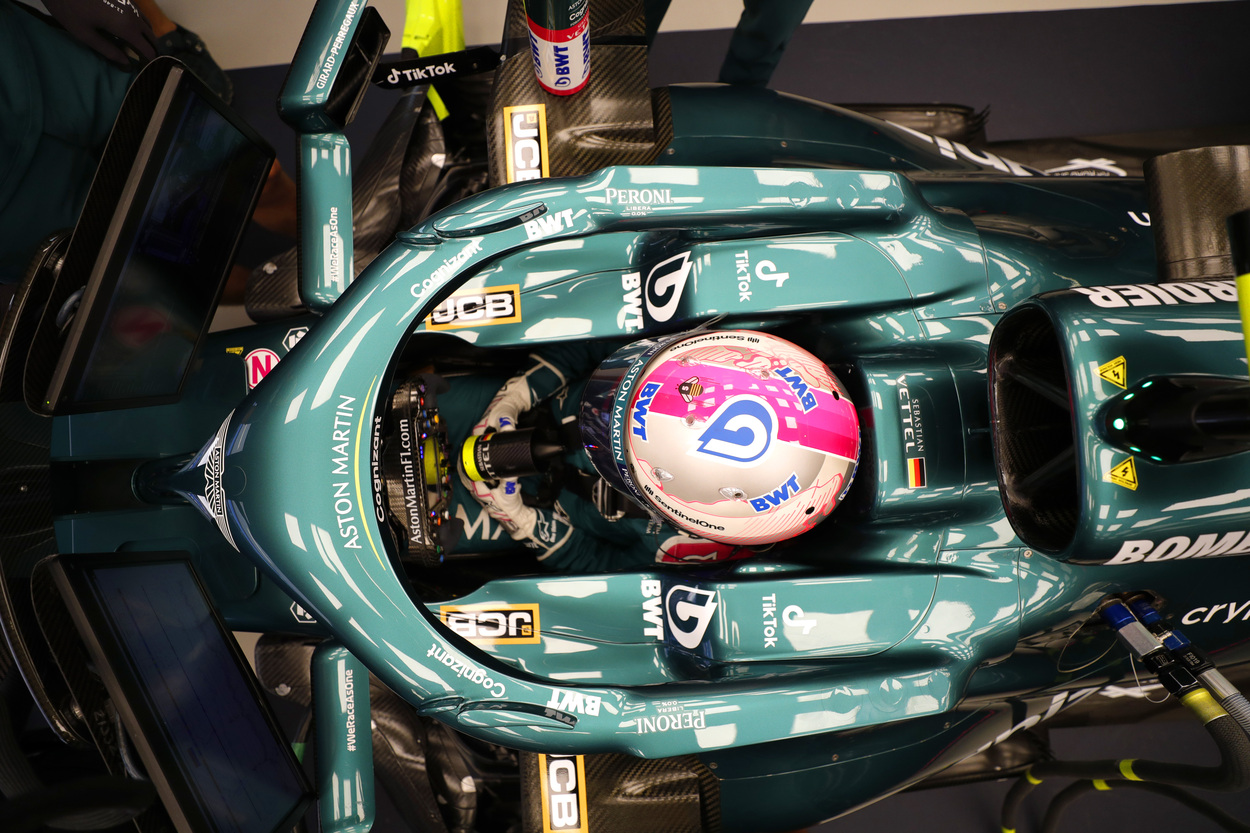 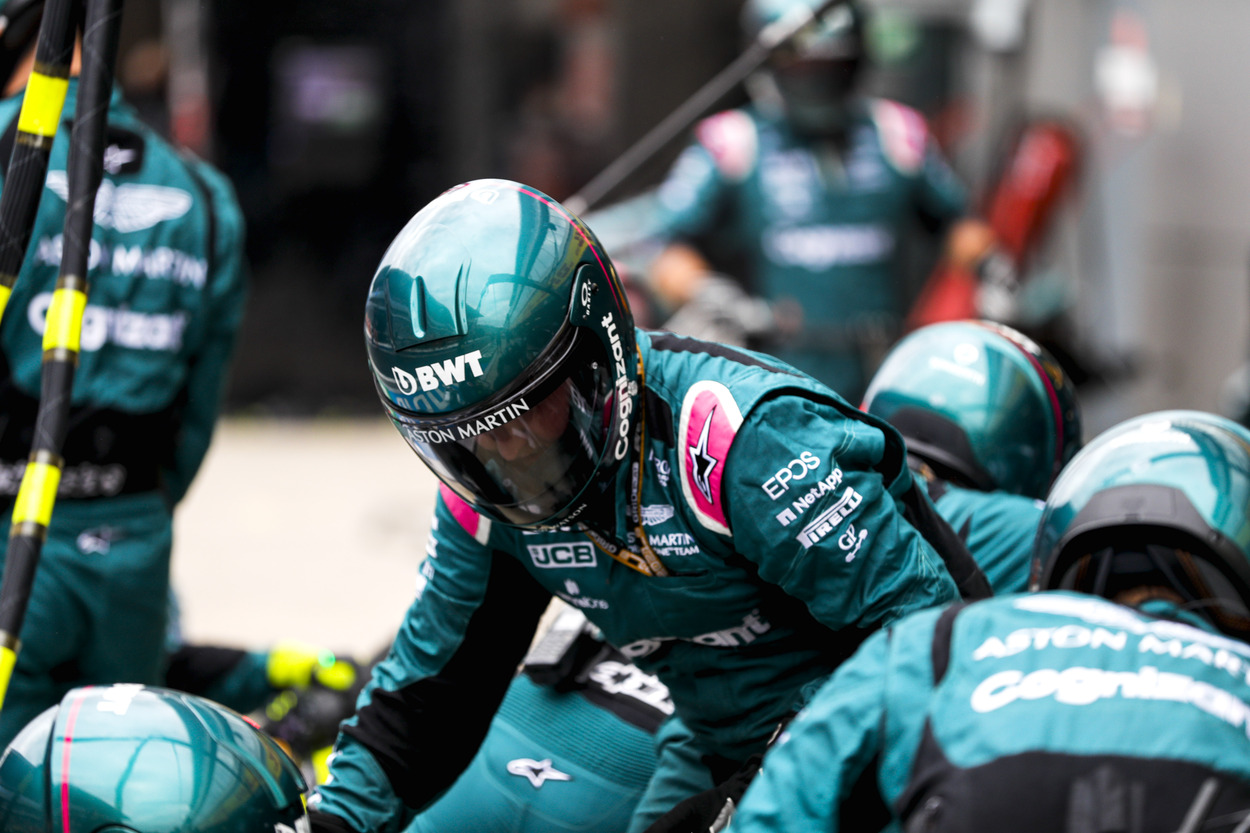 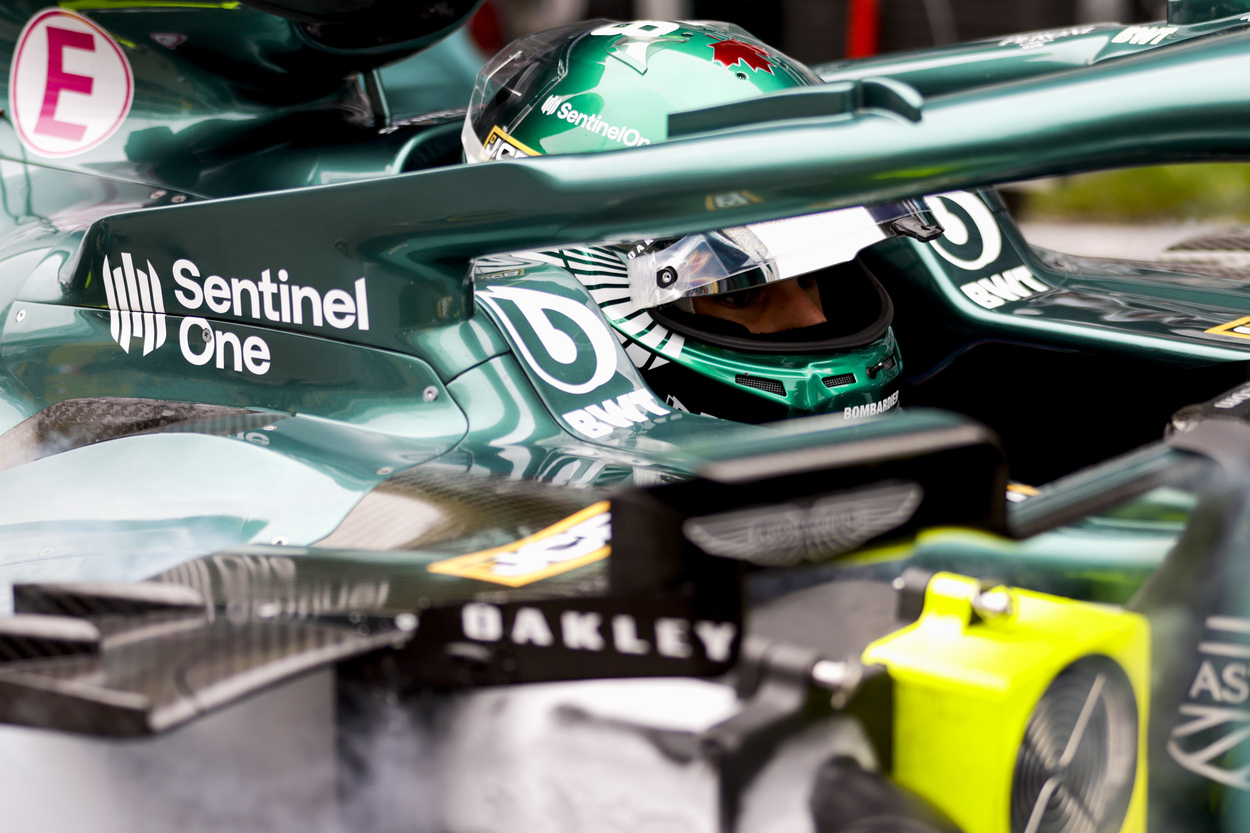 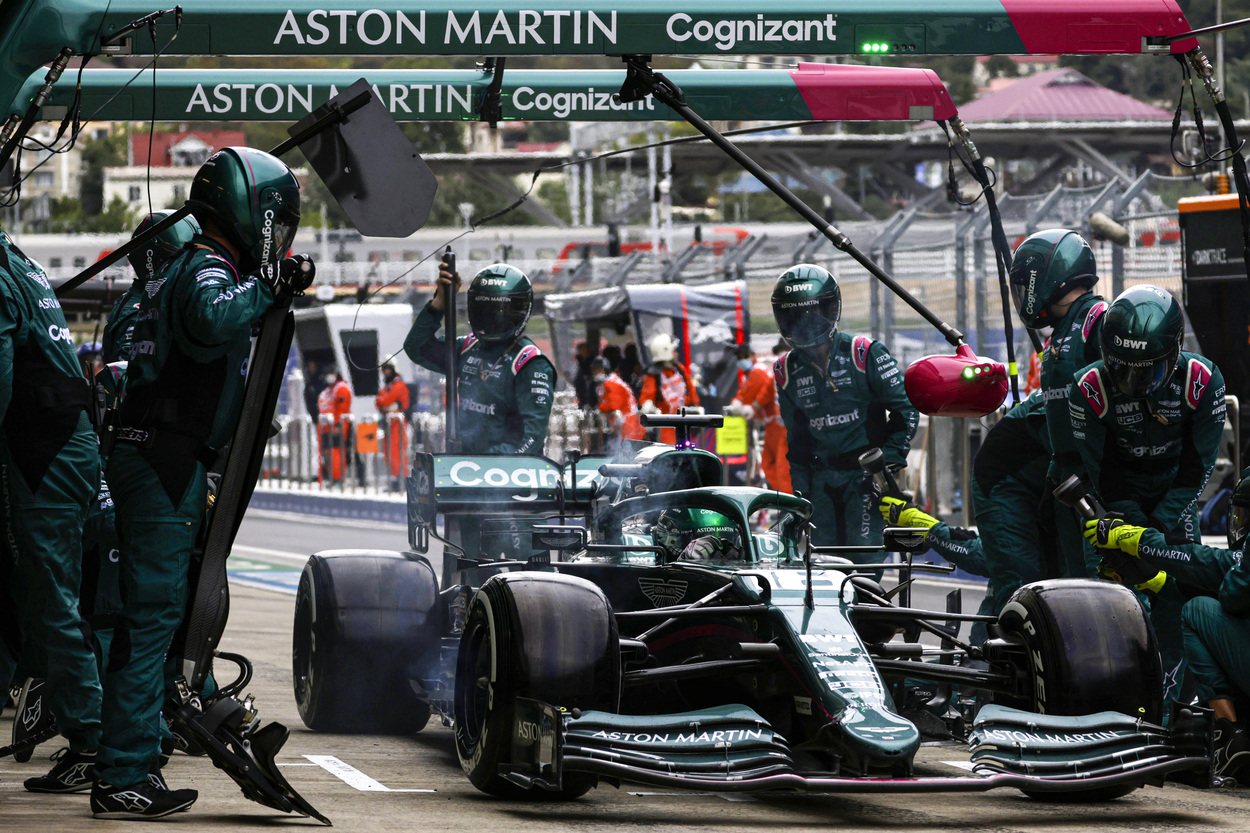 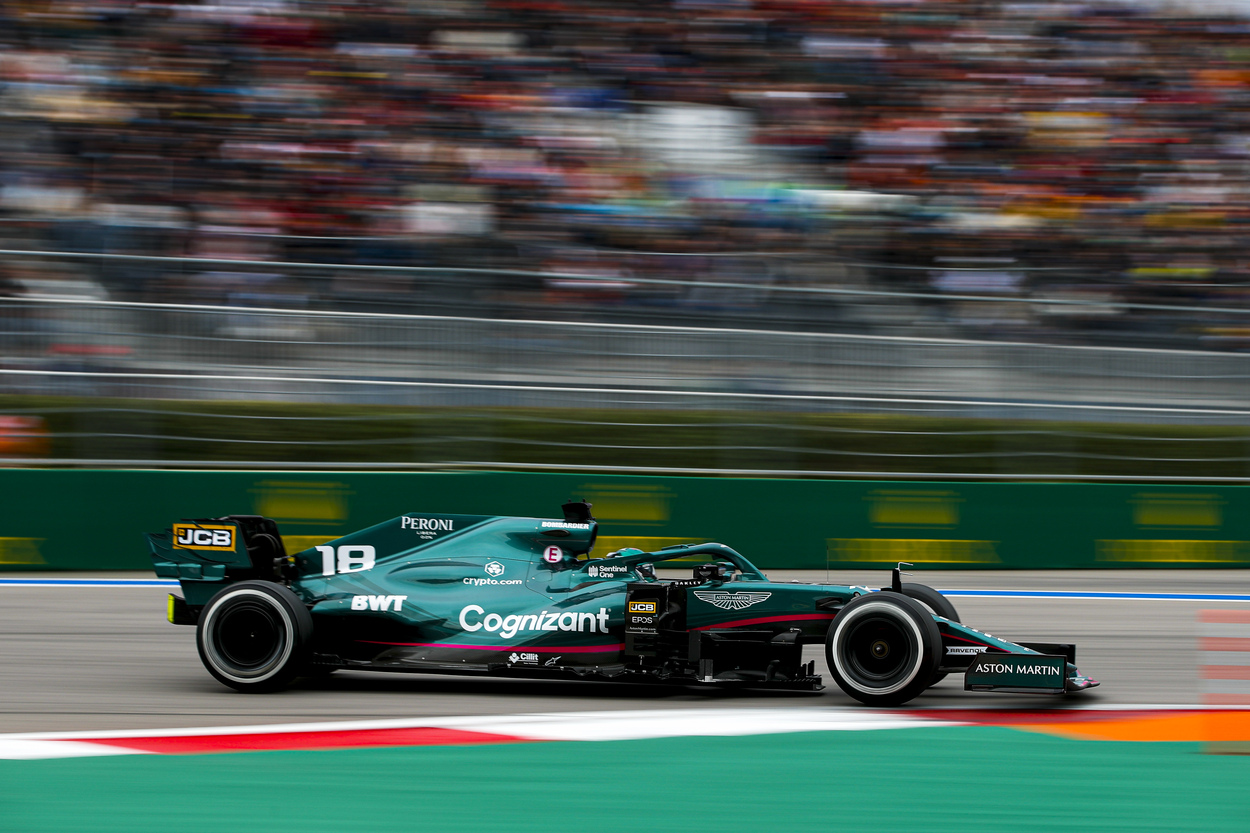