George Russell finished 10th in the Russian Grand Prix, whilst Nicholas Latifi retired due to car damage. George started third and Nicholas 18th, both on the medium Pirelli tyre. George stopped on lap 13 for the hard tyres, before switching to intermediates on lap 47. Nicholas pitted on lap 13 for the hard compound, before retiring the car on lap 47 with accident damage. Congratulations also go to Lewis Hamilton for his 100th career victory.

I thought we had a really strong race today. We held our own and made no silly mistakes and that was our Grand Prix throughout. We held third for the first 12 laps and it was quite fun fighting for this position, trying to keep cars like the McLaren, the Mercedes’, and the Aston Martin behind and we have to be proud of this. I struggled at the end on the Intermediate tyre as I was on a used set having gone through all of our sets in qualifying yesterday. In the end, it is another point on the board so we will take it. It wasn’t the dream result but before the weekend if we’d have been offered 10th and another point, we would have taken it. Overall, I think it was a good race.

Unfortunately, I got caught out on the slicks at the end of the race when it started raining and made a mistake. I couldn’t slow down so spun at Turn seven and clipped the barrier which damaged the rear wing. At that point, there was nothing to play for and it made more sense to retire the car. It was a frustrating race because the car felt very nice to drive, possibly the nicest it’s felt, but I couldn’t make much progress at the beginning of the race or follow closely to the Haas in front during the key areas of the track. It’s unfortunate because the Prime tyre felt good and I think if we’d started higher up we could have maintained position and got a stronger result, but that’s how it goes sometimes.

We went into today’s race hoping to hold on at the front but fearing that the quicker cars behind would make our race difficult. We had a reasonable start but couldn’t make the progress before turn two that we had hoped to do. Nonetheless, George was able to settle into a good rhythm and hold P3 without the leaders getting too far ahead. On the Prime, George did another fantastic job of managing the car and we were set for a points finish in the dry. The shower that came across the circuit towards the end presented an opportunity for George and we called the switch to Intermediate tyres well. Unfortunately, following a very successful qualifying session yesterday, we had only used tyres left and so we had to fight hard to hold on to 10th place.

Another points finish is an excellent result and fair reward for the hard work throughout the Team. It is a shame that Nicholas had to retire but following damage to the car when he was on his in-lap for Intermediates, we had to retire him. Until that point, he was doing very well and showing excellent pace. Sadly, his grid penalty stopped him from using that raw pace to get into a points-scoring position and then he was simply unfortunate with where he was on the track as the rain began to intensify.

The Sochi Autodrom is always a challenging place to race and we are pleased with our return on what could’ve been a very difficult weekend. The team operated very well throughout and both drivers showed some excellent pace. Another Championship point moves us closer to Aston Martin and limits the damage in our tight battle with Alfa Romeo.

Finally, it was a privilege to see Lewis score his 100th career victory; an incredible achievement even for a driver of Lewis’s immense ability and dedication. Congratulations to him and his entire team. 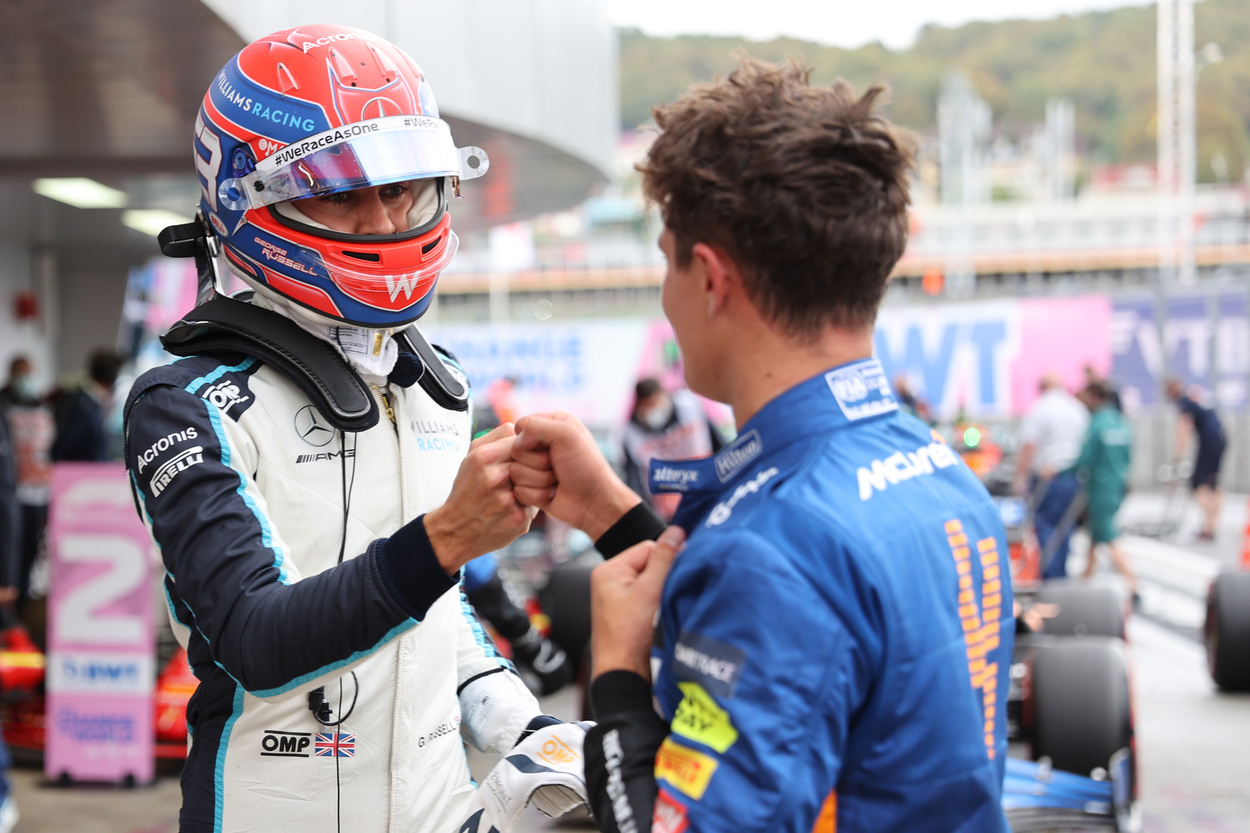 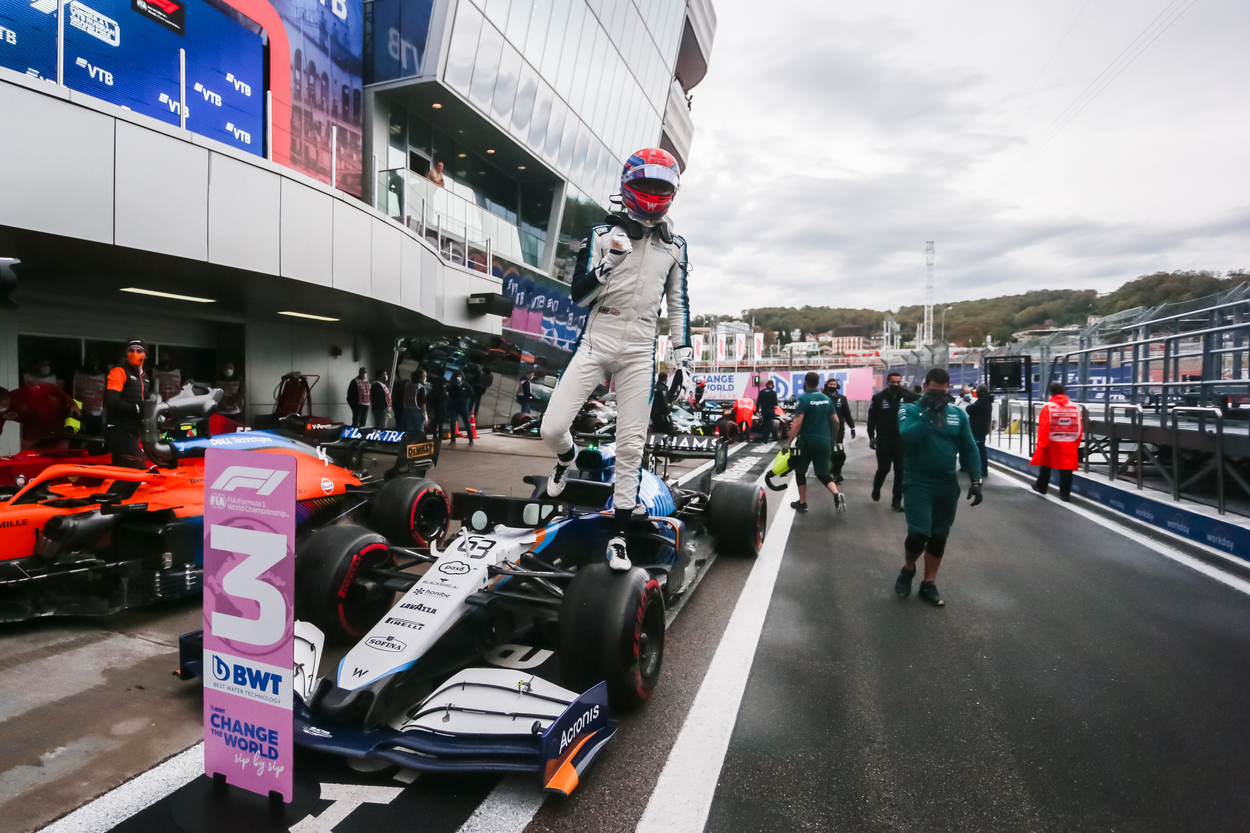 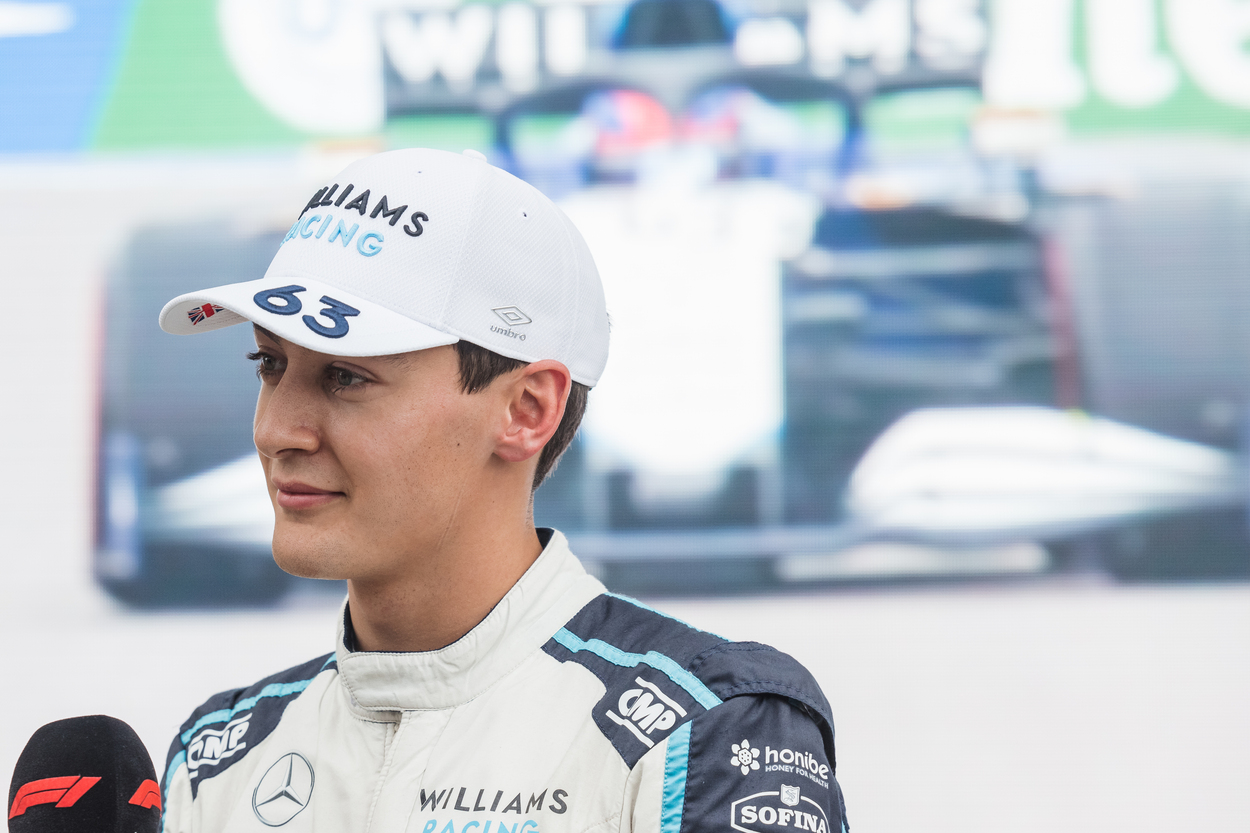 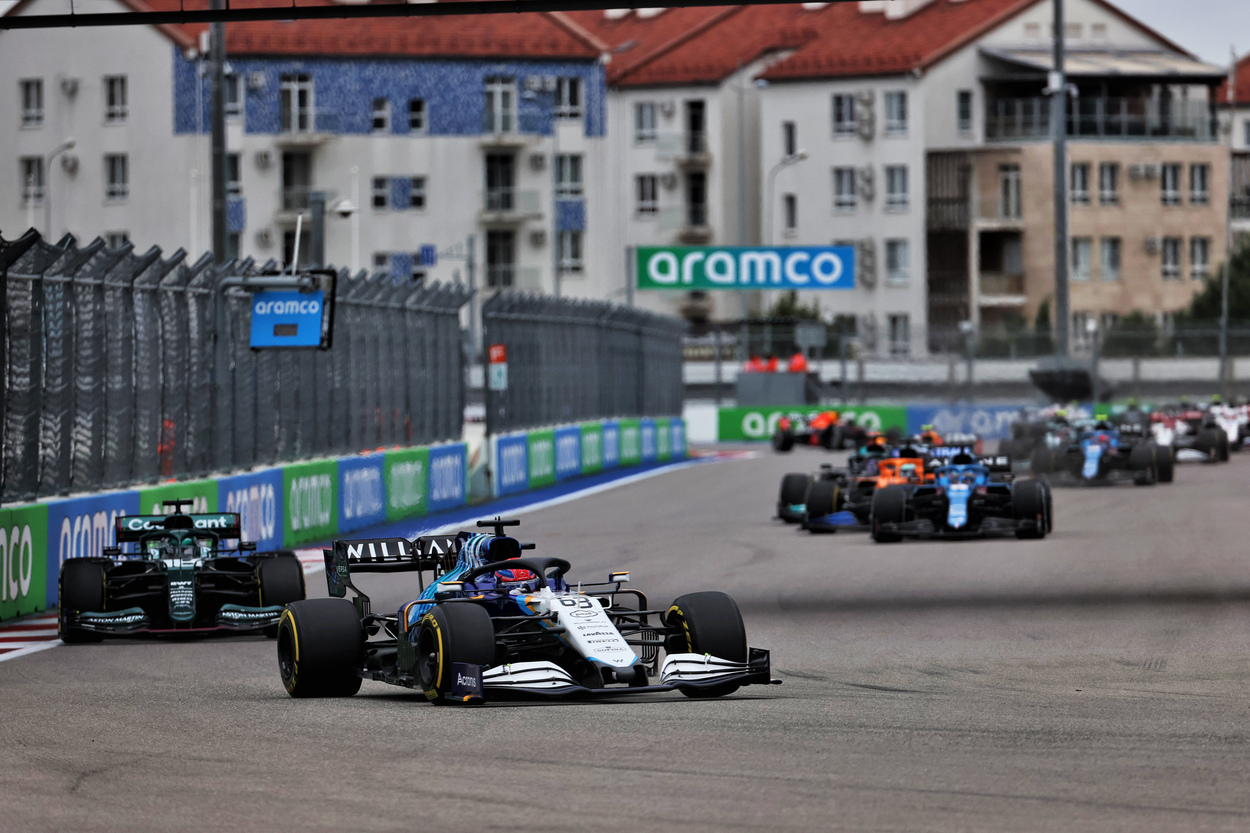 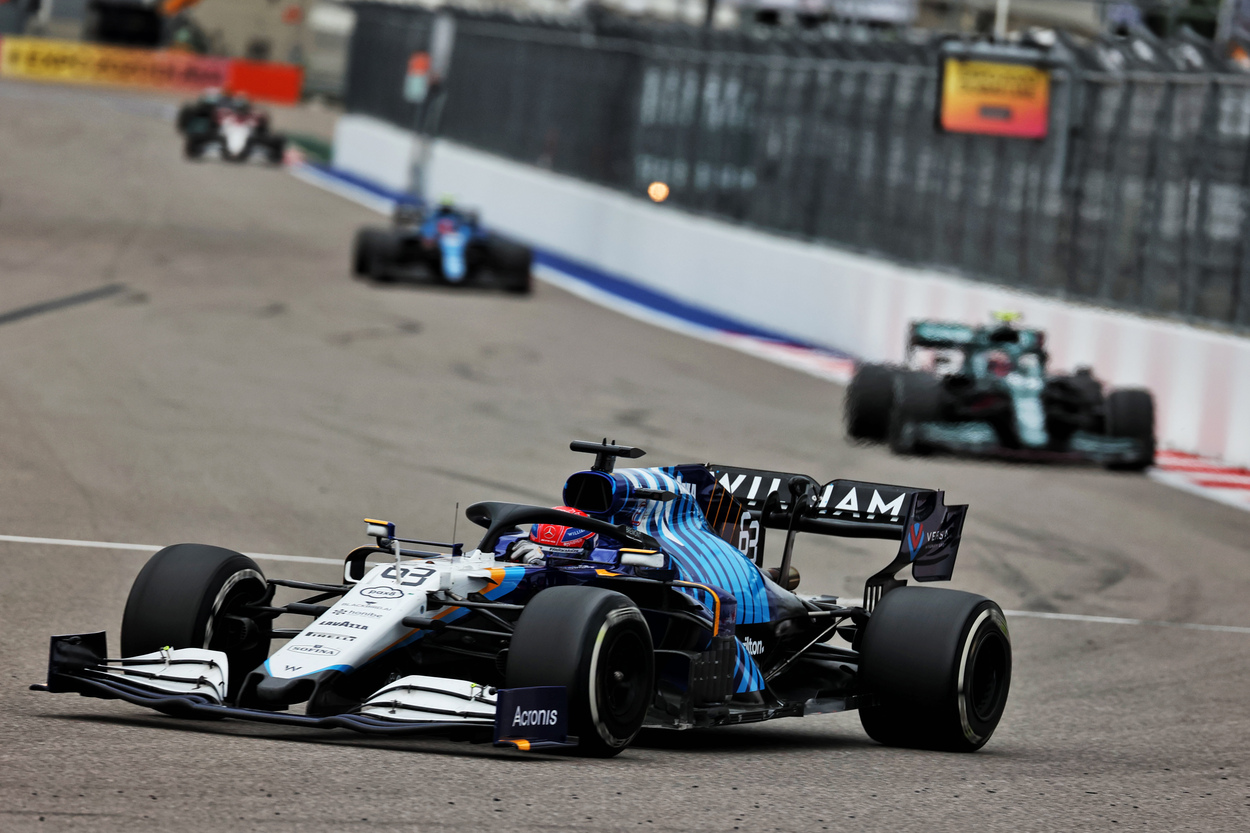 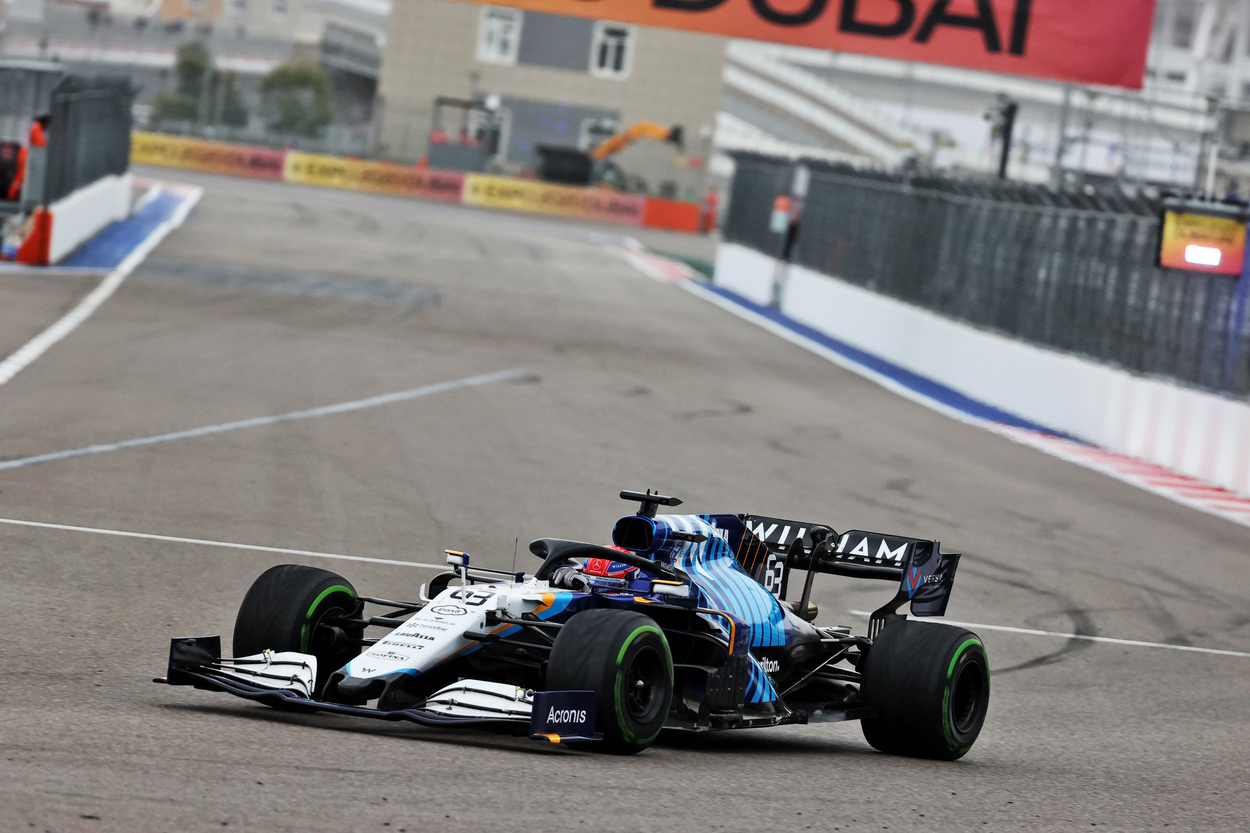