A very unlucky day. I think we deserved much more today. The team did a good job and I thought I drove a good race, but the red flag changed everything and ruined any chance of a stronger result, just by being unlucky. It was a long race after that. So, I’m disappointed. On the positive side, we scored one point again – but I feel we deserved a lot more.

That felt like the longest race ever. The race start was so late, so it already felt like a long day, and then with all the restarts, it felt even longer. The starts were good, I always made up positions until the last one where I stayed fourth.

I used the Hard tyre for the race start, so we couldn’t really use it for the restart and were forced to go on the Medium, and I think the Hard was the better tyre. So, I couldn’t quite get Esteban [Ocon], and I tried to hold off Valtteri [Bottas] as long as I could. I was surprised how long I held him off, but I think once he let his tyres reset, it was quite hard to keep him behind. I defended him one lap, re-passed him and then he got me. I struggled a bit at the end with the tyres, so I’m happy to have held on to a top five. It certainly makes up for yesterday.

Mixed feelings this evening. However, I’m very happy that, after three very challenging weekends during the triple-header, we’ve responded with a strong performance here in Jeddah. After starting P11 due to his damaged floor yesterday in qualifying, Daniel had a very competitive race to finish P5. Lando made a strong start and unfortunately was very unlucky with the red flag that cost him a lot of positions – but he fought back well for a point.

“A big thank you to everybody: the team here at the track working in very hot conditions, everybody back at the factory and our colleagues from Mercedes HPP. Operationally, we executed a clean race despite challenging circumstances with the red flags, which was vital in order to get the good result we had with chaos all around us. Finally, congratulations on a successful first Saudi Arabian Grand Prix, here at this new and exciting venue in Jeddah. One more to go in 2021: let’s go for it. 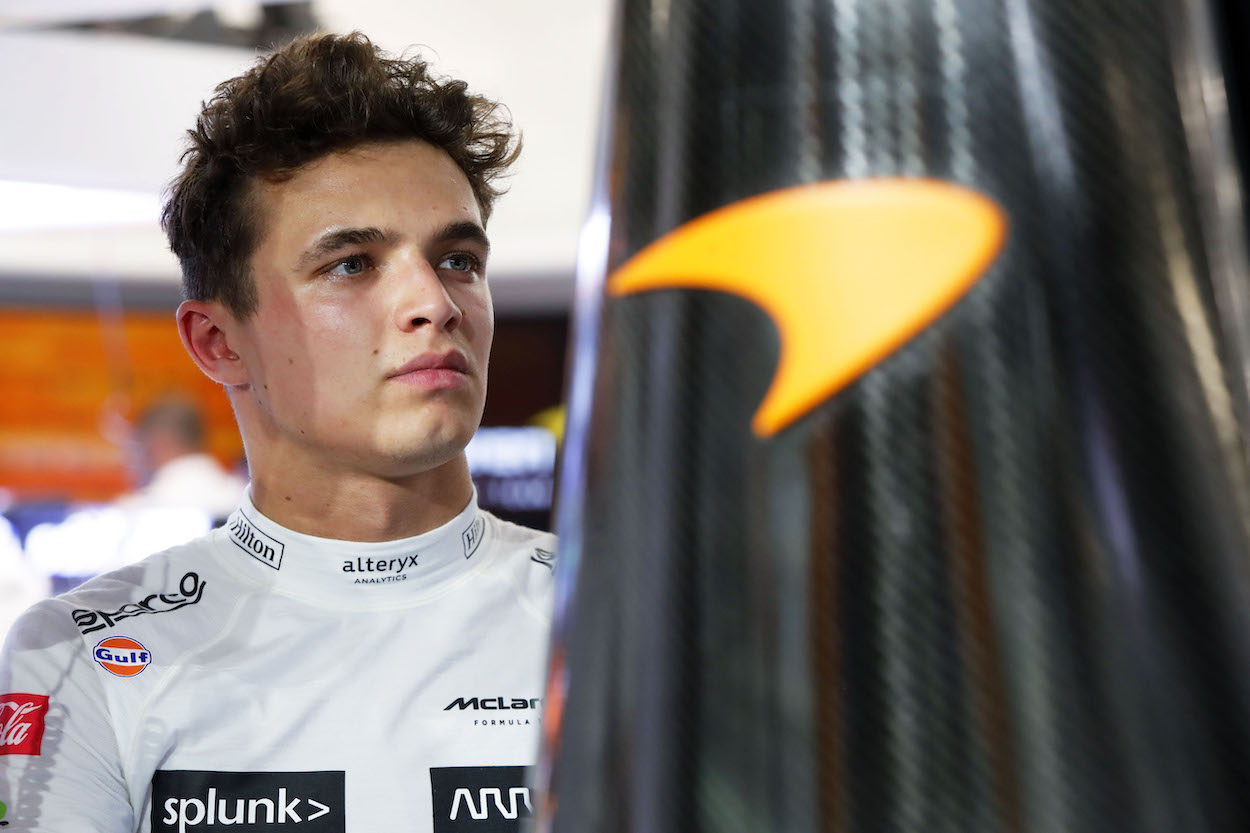 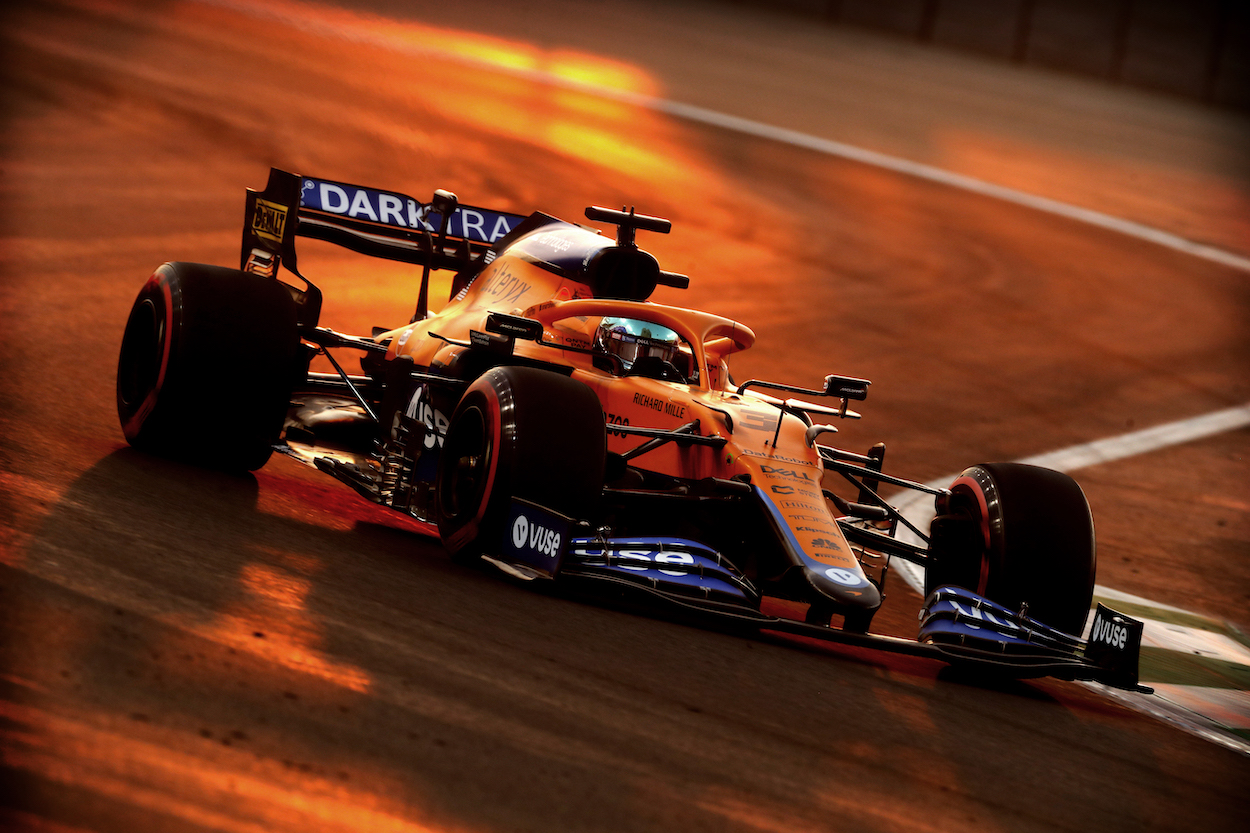 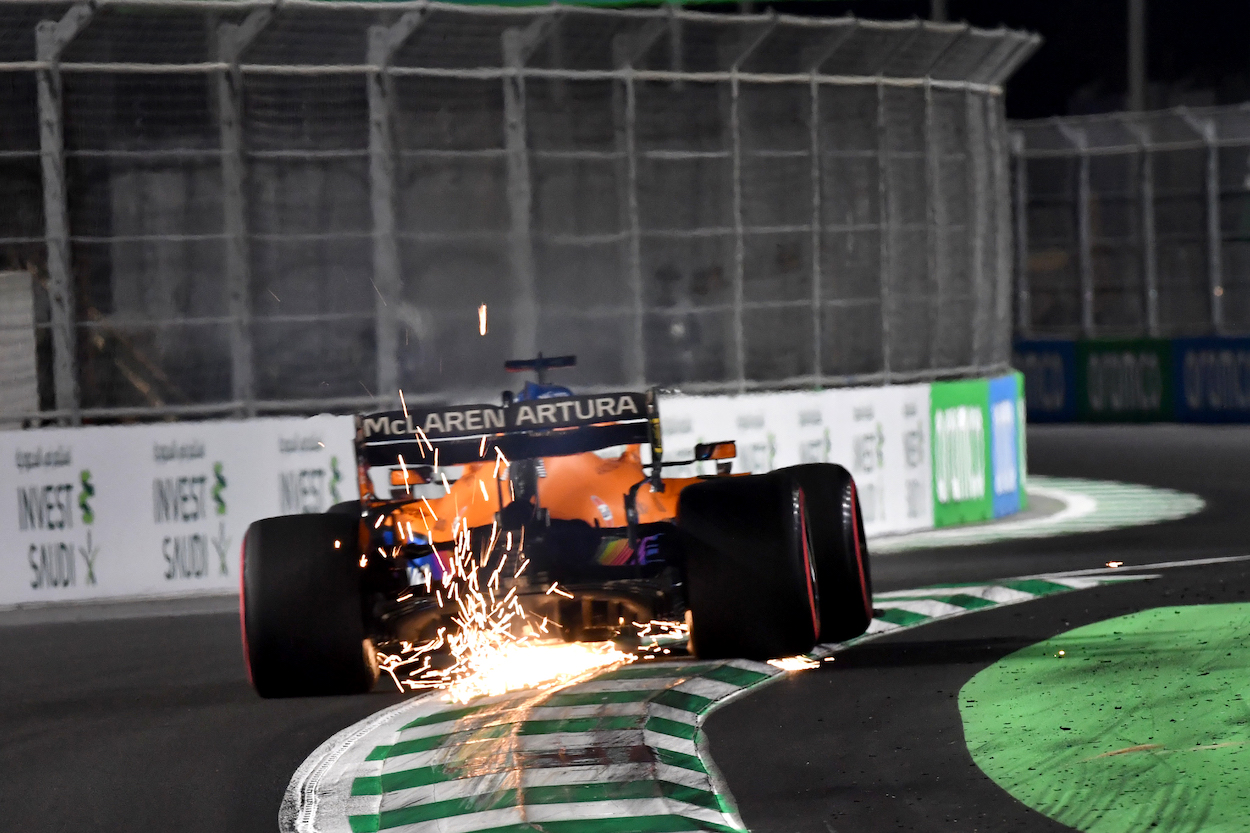 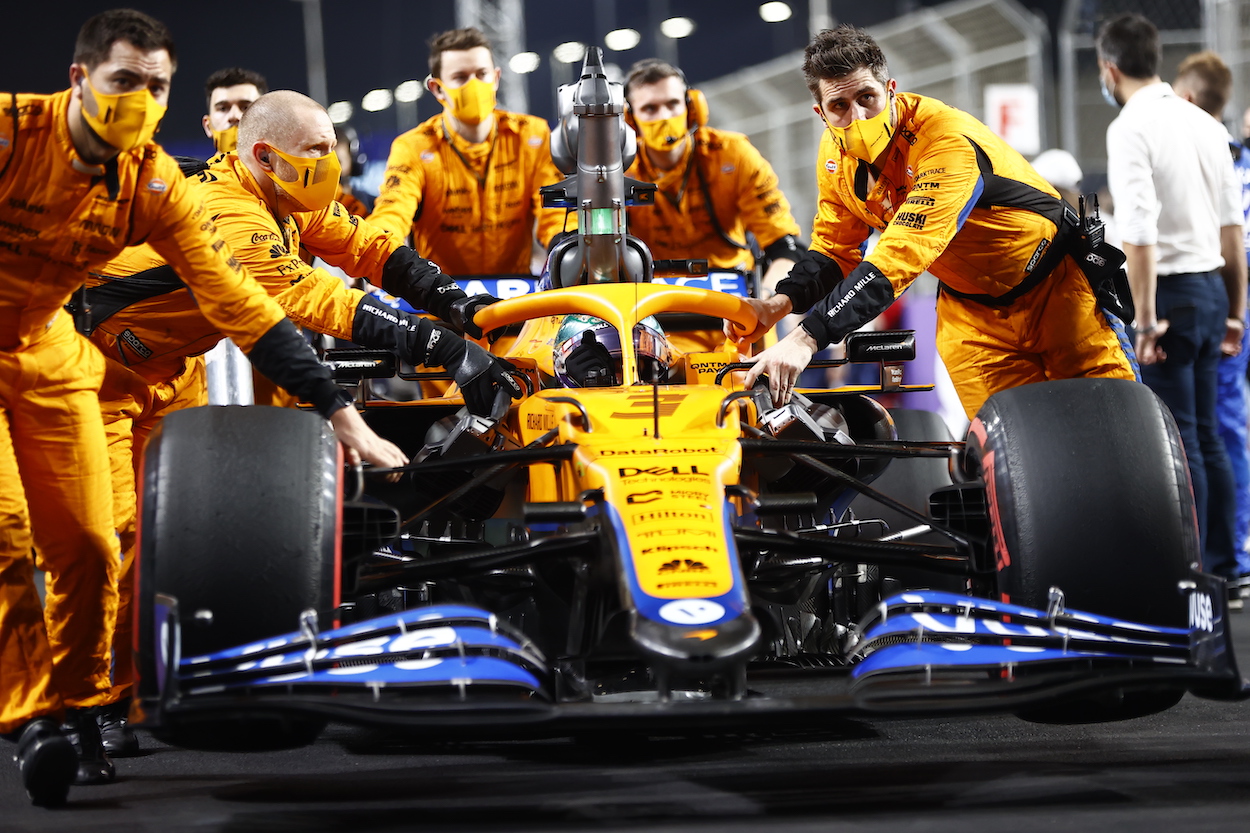 Daniel Ricciardo, McLaren MCL35M, arrives on the grid with mechanics 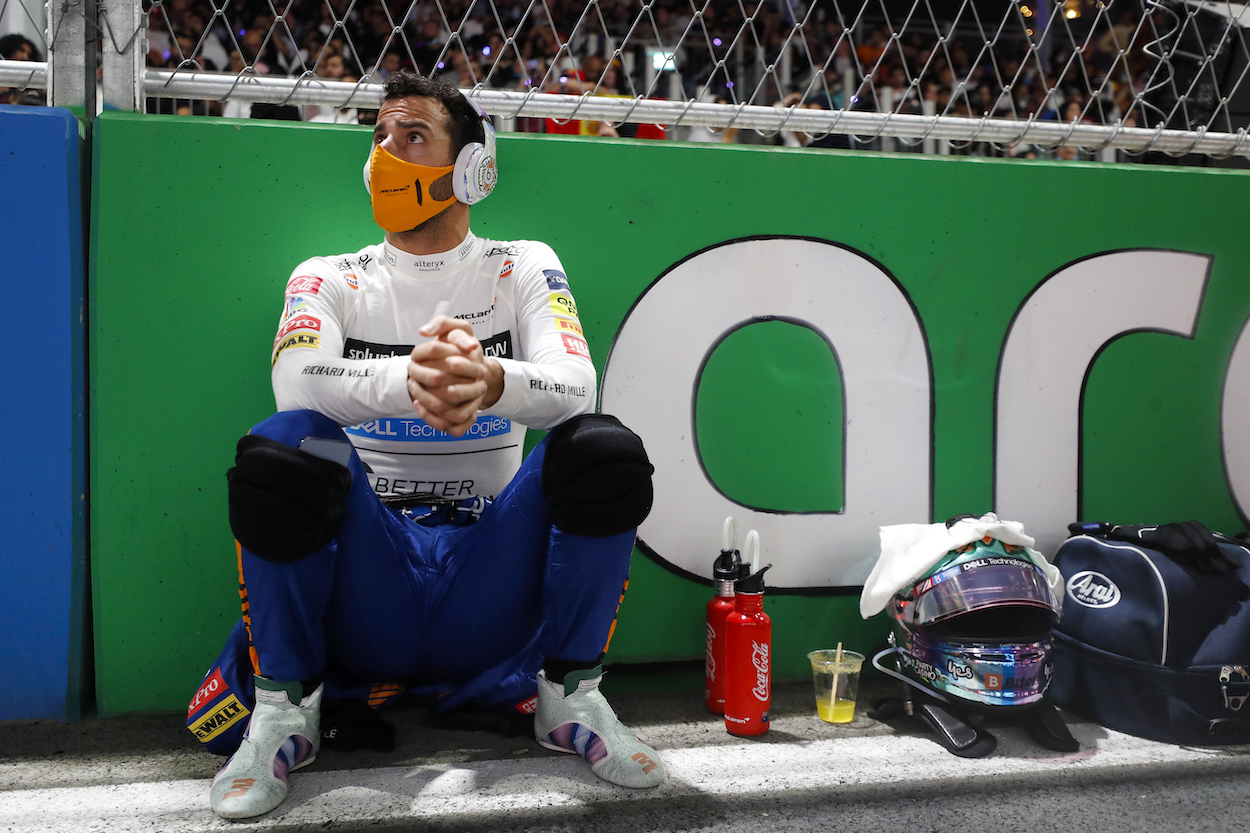 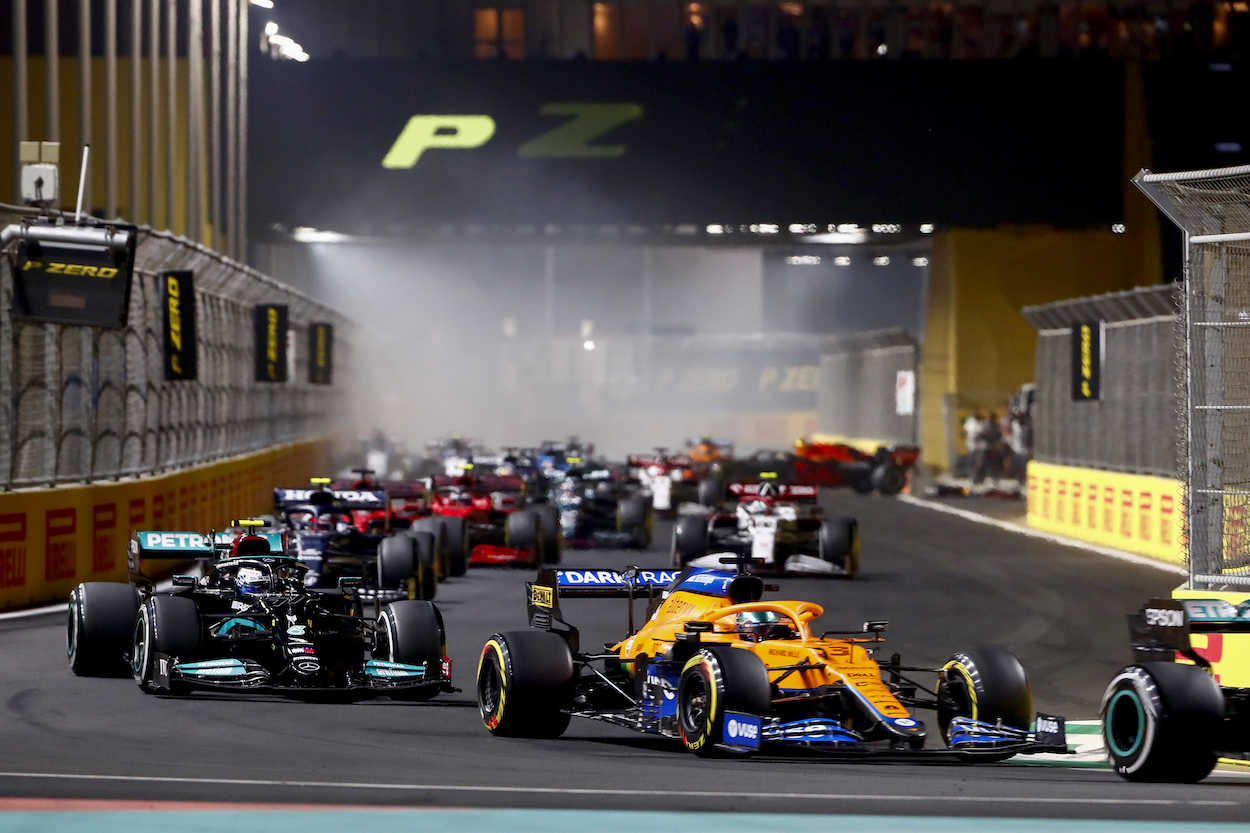