After lights out, Lando has a good launch, gaining one position. Daniel drops one to P14. Lando is passed by Russell for P7. Lando pits for Hard tyres, responding to Ocon’s pit stop. Daniel follows suit a few laps later, fitting the Hard tyres. He comes out in P18. Lando slots back into P7, overtaking Vettel. Daniel fights his way back up to P11, overtaking Zhou, Albon, and Tsunoda. The second pit-stop round begins, with Lando boxing for a fresh set of Medium tyres. Lando slots back into P7, with Daniel in P9. The fastest lap of the race is set by Lando with 1:28.391. Daniel is passed by Stroll but holds off strong pressure from Vettel. Hamilton retires. The chequered flag waves, with Lando in P6 and Daniel in P9.

P6 and the fastest lap are the perfect way to end a season. It was a tough race, I wasn’t far away from getting overtaken at the end, but we timed it well. We’ve always struggled a bit more with degradation, especially on a front-limited circuit compared to other teams, so we knew this would be tough. I tried to build a good gap, knowing this would be the case, and we ended with a P6 and a P9 for Daniel. A good double-points finish and a perfect way to end the season, motivate the team and end with some good points. I’m very happy. The team did a great job.

I’m really pleased to get some points in my last race for McLaren. I felt like I did the best I could with the pace I had. I was struggling to keep the front tyres alive. That was the biggest limitation. That’s where it got a bit tricky. I felt in terms of moves. I defended when I could and overtook when I could, so from that point of view, I’m pretty pleased. Vettel caught me quite quickly in the end, and trying to hold him off, I think I killed the tyres a bit, but I am happy to have held on and got the points. It was a good end to the season.

Big thanks to the whole team – they also put a nice message on the dash after the race, so that was cool. Appreciate that. We’ve had some highs and some lows, but throughout it all, I’ve enjoyed my time here racing alongside Lando and hopefully doing McLaren proud. Thank you to everyone who has supported me so far, the papaya army and everyone both trackside and back in Woking – I can’t thank you enough. It may have been my last race for McLaren, but I’m looking forward to what comes next. I wish the team the very best for next season.

This was a nice way to finish a long, tough season. The team pulled it off today with a double-point finish at the Yas Marina Circuit, three excellent pit stops and the fastest lap. It was a well-executed race, with P6 for Lando and P9 for Daniel representing a good return for a lot of hard work. The fastest lap for Lando is a nice reward, while Daniel put in a great defensive drive at the end to hold onto his position. We say goodbye to him now after a drive that exemplifies his unflagging enthusiasm and determination this year.

We finish the season P5 in the Constructors’ Championship. It is a fair reflection of our overall performance as a team this year. We definitely had some challenges to overcome. At the same time, we had many positives, including the podium in Imola, and we learned a lot to become a better team next season. We start with the preparation for the next season tonight, getting ready for the young driver test with Lando and Oscar on Tuesday.

Finally, after a long and exciting season of Formula 1, I’d like to thank the entire McLaren team, both at the track and at the factory, for their constant dedication, support and commitment. Also, to Oliver Turvey and Will Stevens, our fantastic simulator and development drivers, for their support from MTC.

Mercedes HPP has been a fundamental partner to our team this year, and we thank both the team embedded within the McLaren race team and back at Brixworth for their support. We also thank Pirelli for their hard work, collaboration and development, which has been so vital to the success of our sport. To the FIA, the race directors and stewards, whose hard work enables us to go racing safely, and to Formula 1, who have organised a spectacular 22-race season, putting on excellent events for fans, we also send our sincere thanks.

To our incredible fans, whose support has been felt everywhere we race, it’s been fantastic having you back on track at every event. After two years of restrictions in 2020 and 2021, getting back to normal in 2022 has reminded us just how passionate our fan base is, and we work every weekend to try and score the best possible results for you. To our fantastic partners, without your support, we simply wouldn’t be able to go racing, and we’re delighted to have you with us on this journey. Whether at the track or from afar, we’ve always felt your support, and we look forward to continuing and building our relationships into the new year.

Final thanks go to Lando and Daniel for their hard work, positive attitude and dedication to serving the team. Coming into a new era of regulations represents a challenge for the entire team, but the feedback provided by both of them has been crucial to bettering our understanding of these cars and puts us in a strong position to make progress next year. Lando’s consistency and performances, including his podium in Imola, have been fantastic to see, and we’re delighted to see him continue to develop with the team.

We also thank Daniel for his unwavering commitment and support over the past two seasons. Daniel is a fantastic character and a true team player. Daniel delivered us our first win since 2012 and our first 1-2 since 2011. For that and his impeccable attitude throughout his time with the team, we will always be grateful. We wish him happiness and good luck with the next chapter of his journey. 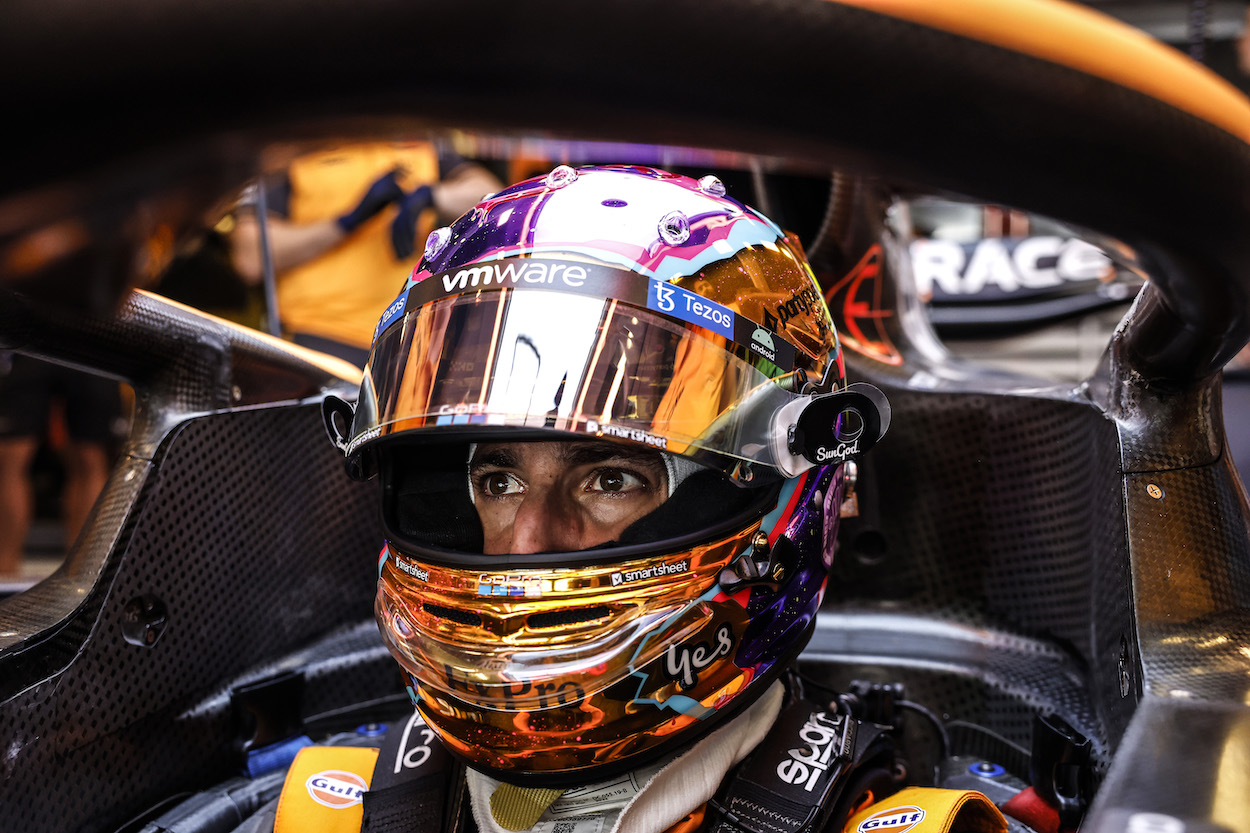 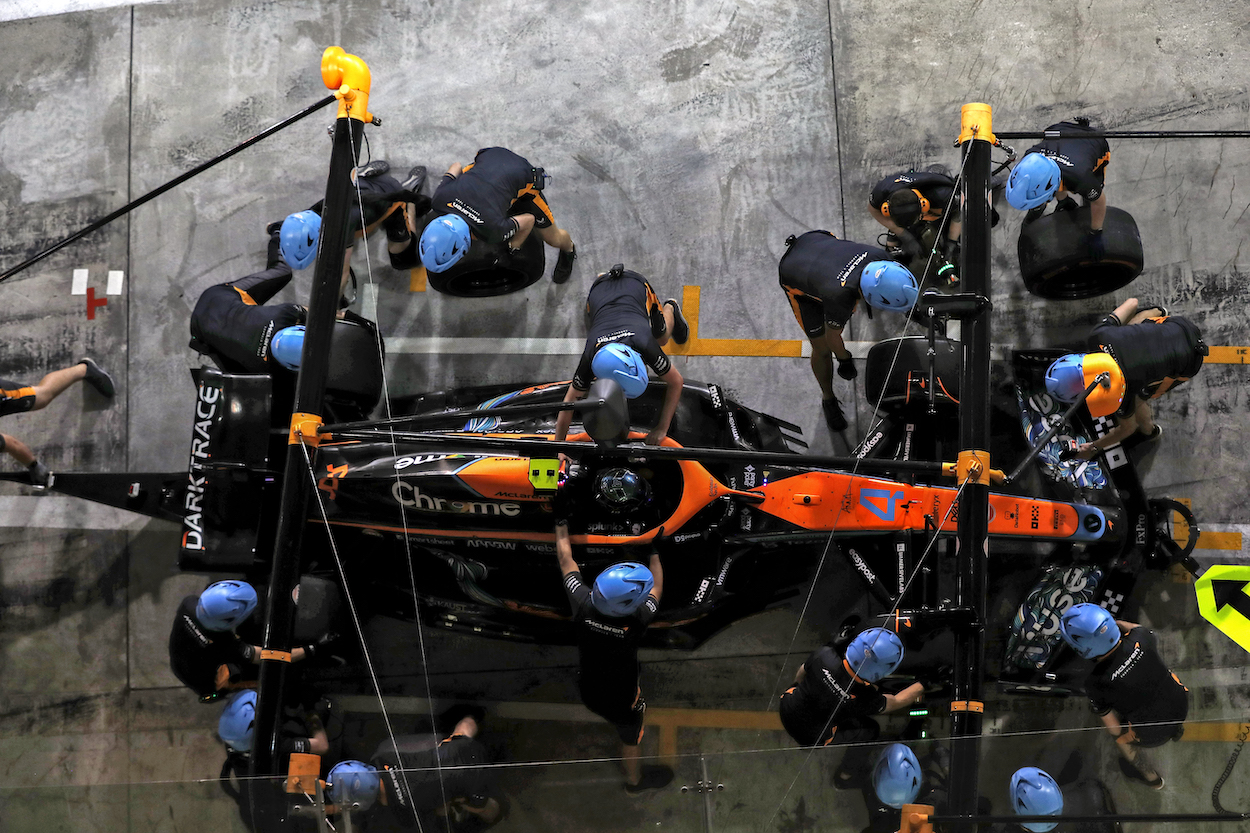 Lando Norris, McLaren MCL36, in the pits from above 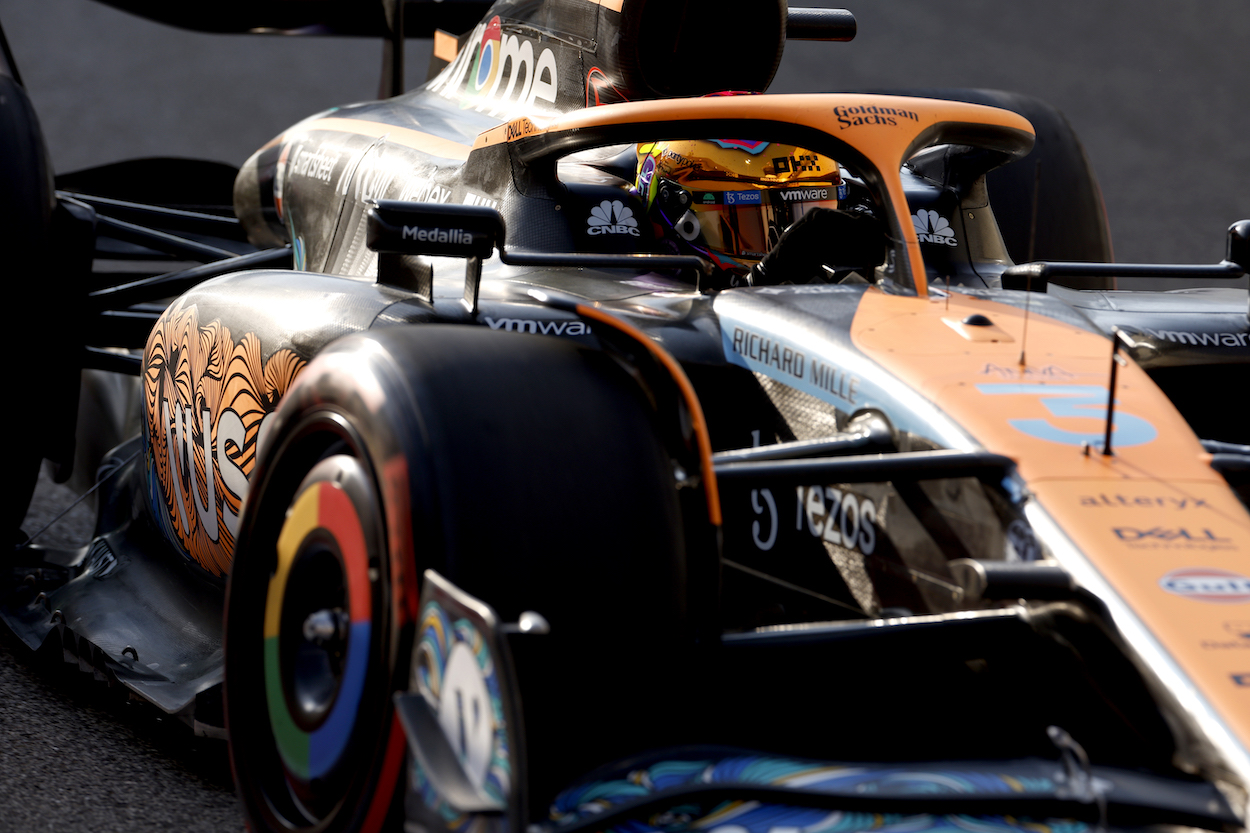 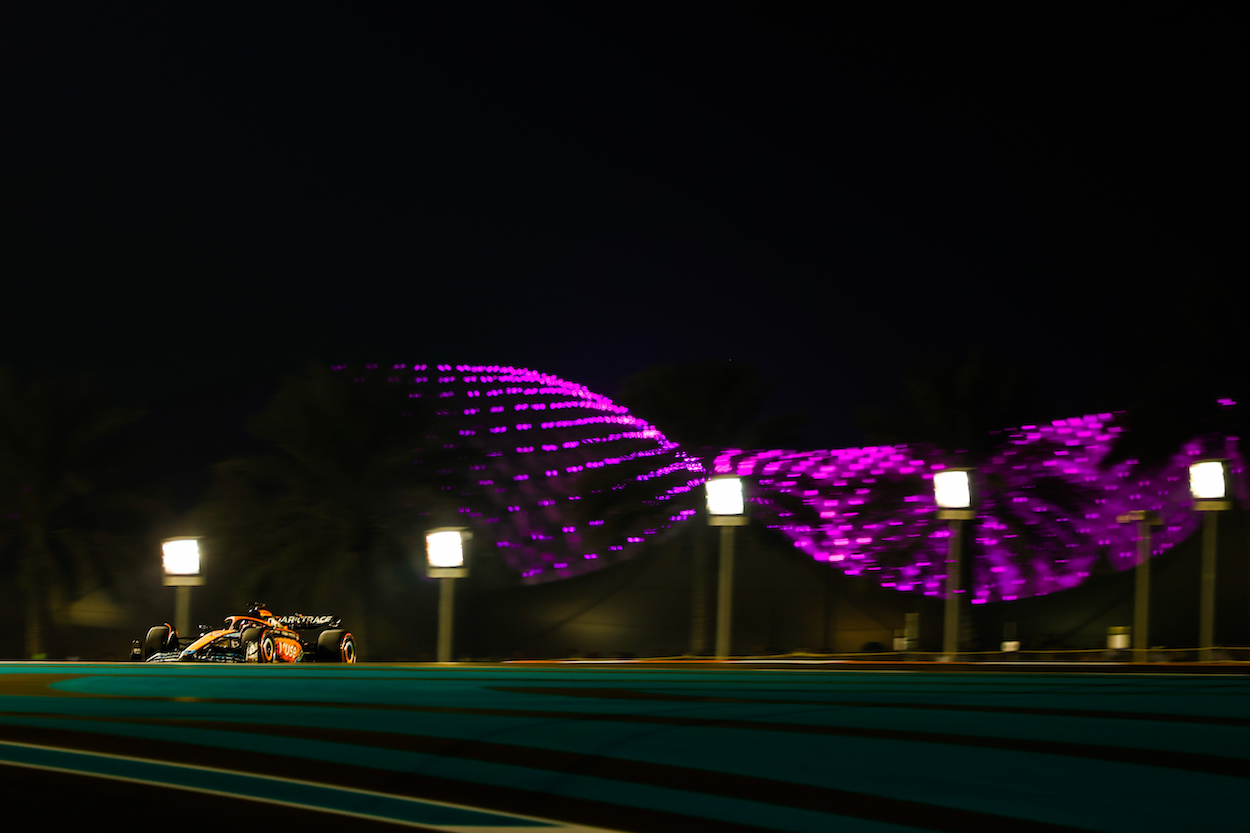 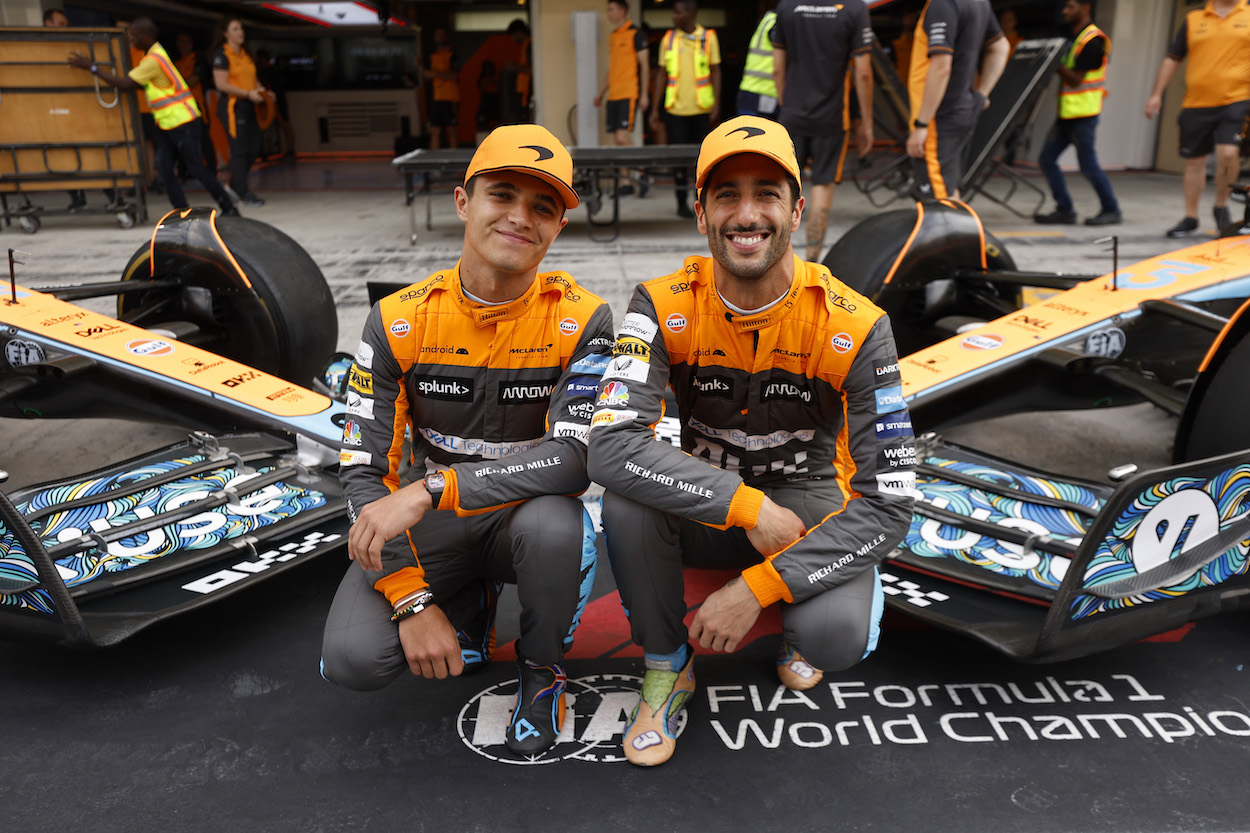 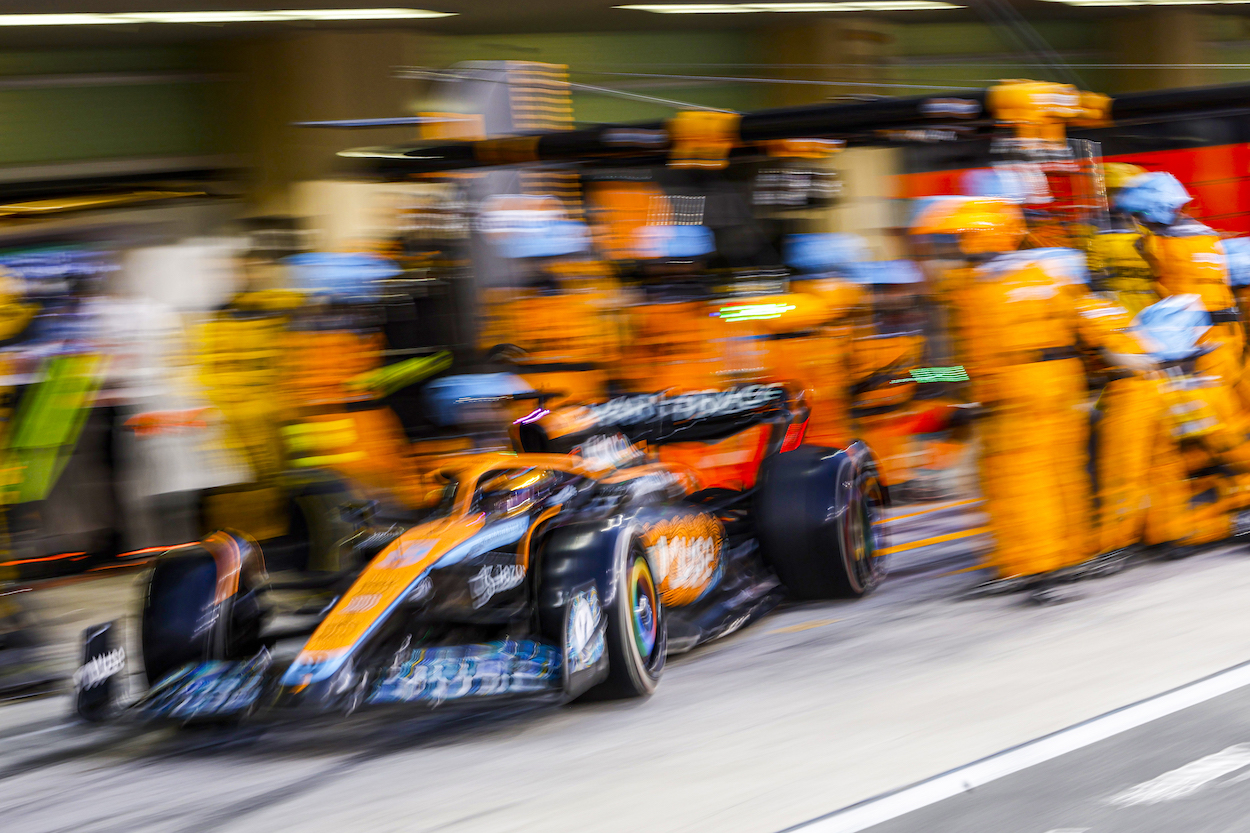