I’m as happy as I can be with that, we just got unlucky with a couple of positions as a result of others boxing under the VSC, which happens in Baku. It’s just a case of different strategies. So, we lost out a little bit on that, but the pace was good. We found it difficult to overtake with our package here, but the actual pace of the car was strong. I think today was the best we could achieve, all things considered. But of course, we want more, so we’ll keep working on our weaknesses and aim for a better performance next time out in Montreal.

I’m happy to have scored some points, obviously for the team and for myself – it’s been a while. It was an eventful race with split strategies, so at the beginning, I was a bit quicker than Lando on the Hard tyre, and there were some team orders, and then at the end, he was quicker on the Hard and there were further team orders. Ultimately, I don’t think we were quick enough to challenge Fernando, as even if we got close on the straight, he was just so quick. So, obviously, we’ve got to try and take a bit of drag out the car. That was our Achilles’ heel here this weekend – but otherwise, I think we maximised our result. I’m happy to have had a smoother weekend.

Given our starting positions and the performance we had in our package this weekend, we are happy leaving Baku with six points for the team. Daniel and Lando worked together with the team and maximised all that was in our hands today. We knew before the race that, with our top-speed deficit at this track, we would struggle to overtake Alonso on track, which in the end didn’t allow us to progress further up the field despite trying a different strategy. We’ll keep working on understanding the car and see how we can optimise it further for the next race in Montreal, which is only a few days away.

“Thank you to the entire team here at the track, back home at MTC and our colleagues at HPP, as well as Daniel and Lando for all the hard work again this weekend. I’d also like to thank our amazing fans for their continued support throughout this season so far, wherever we go. The whole team are working tirelessly to unlock more performance within our car so that we can keep up the fight in the Constructors’ Championship. Next stop Canada. 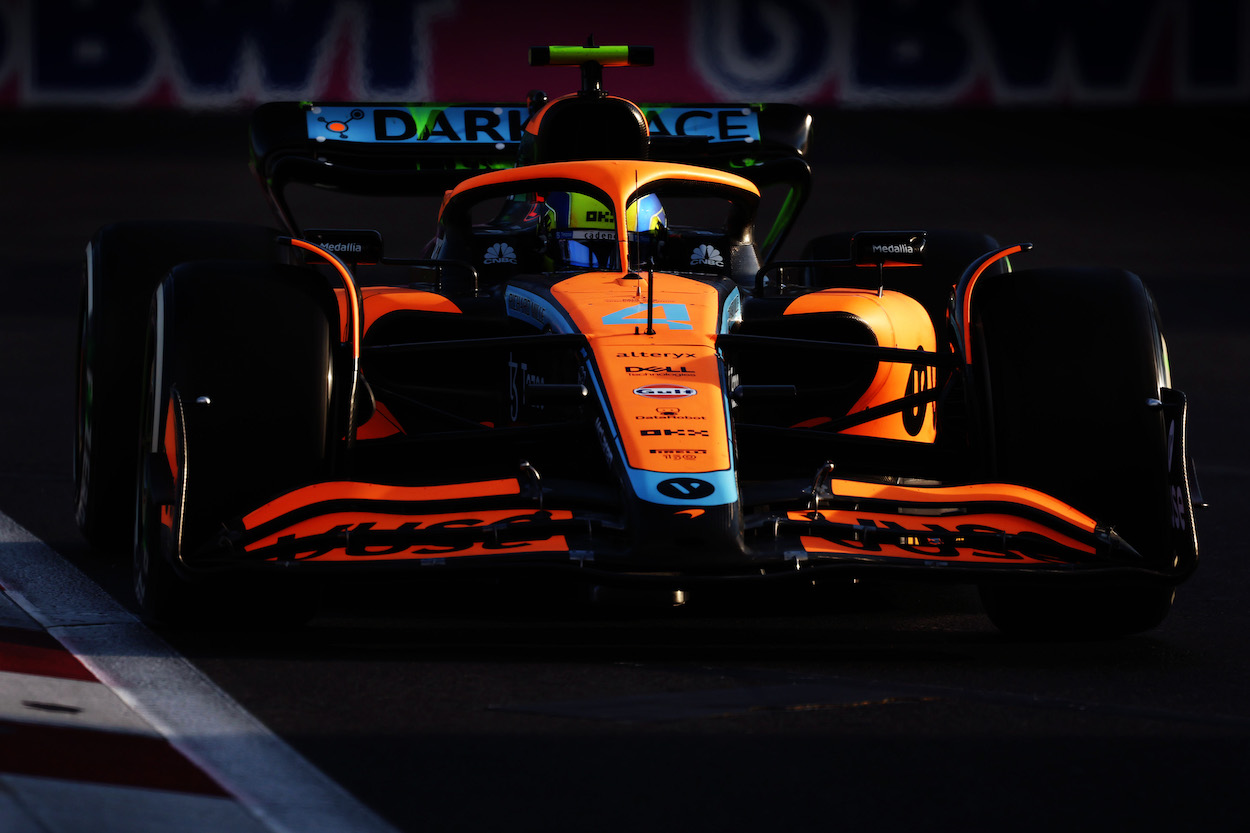 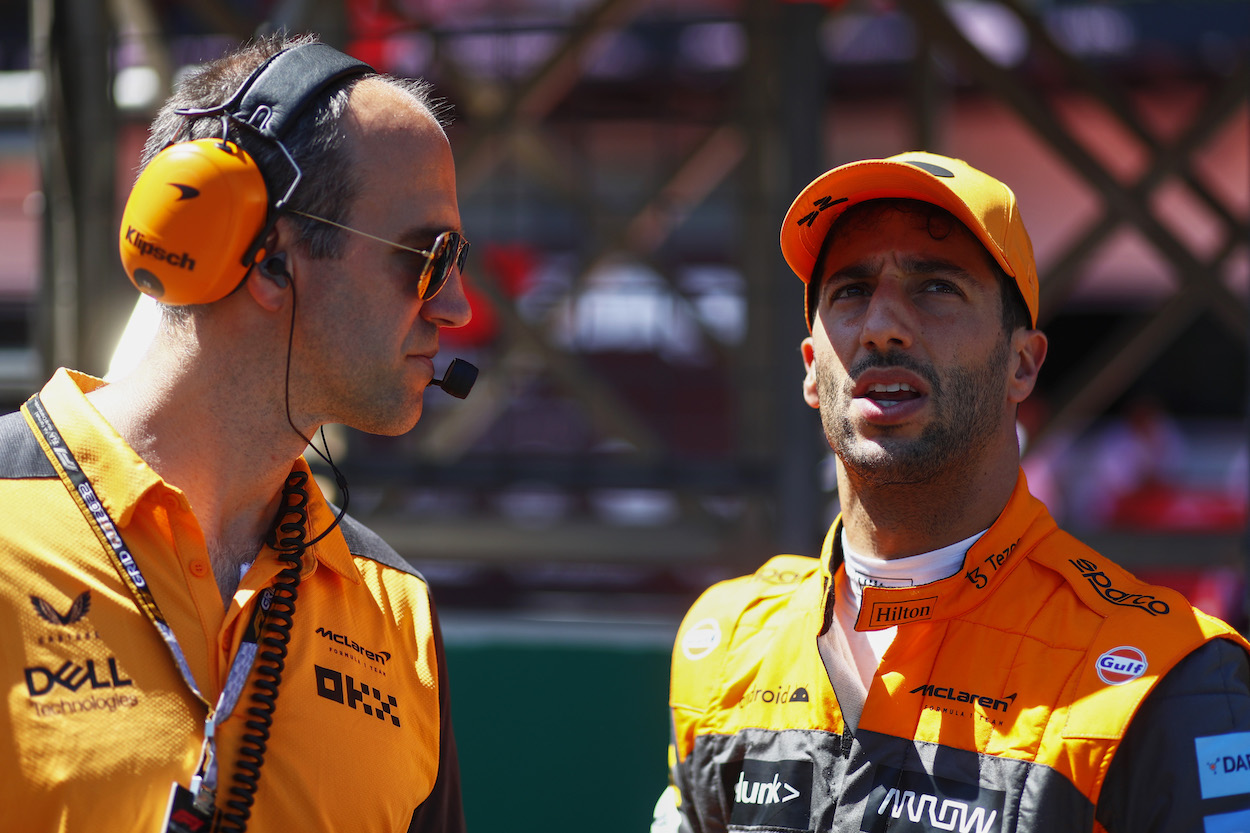 Daniel Ricciardo, McLaren, on the grid with his engineers 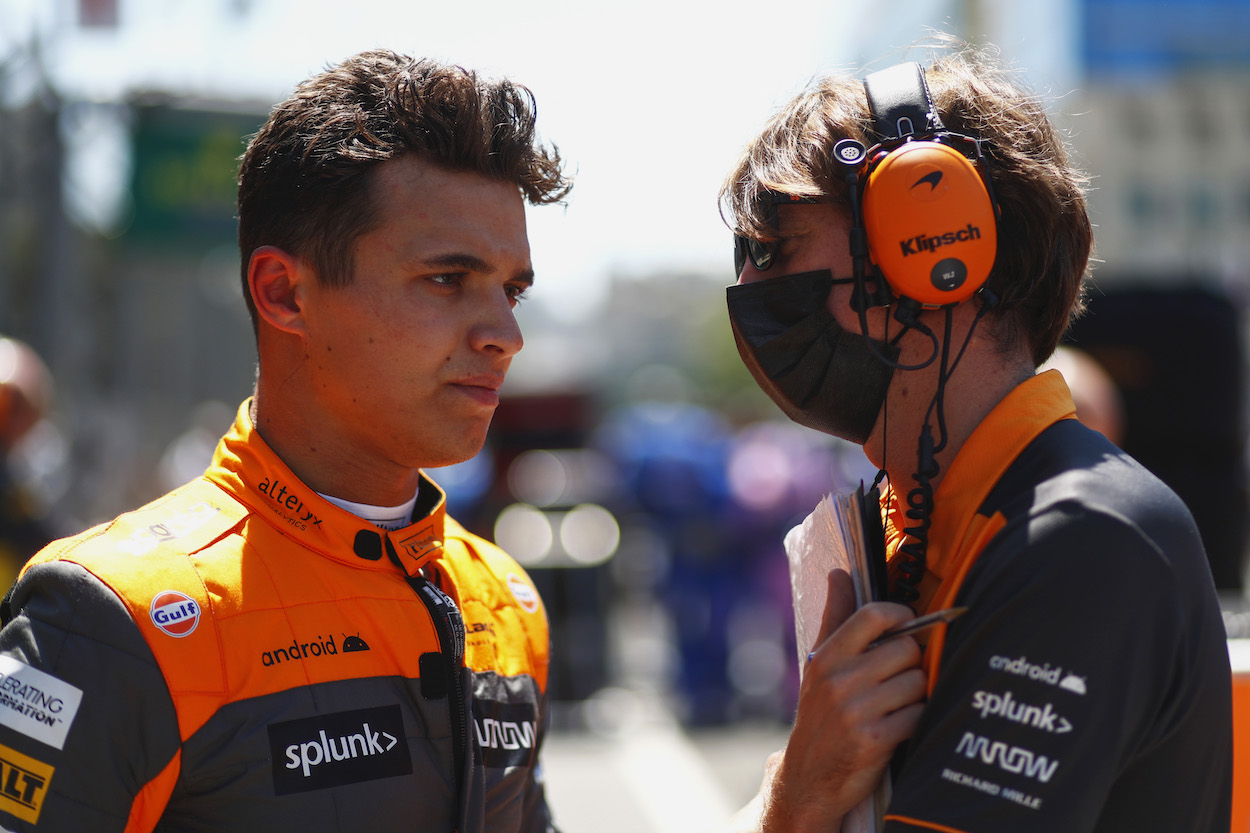 2022 Formula 1 Azerbaijan Grand Prix, Lando Norris, McLaren, on the grid with his engineer 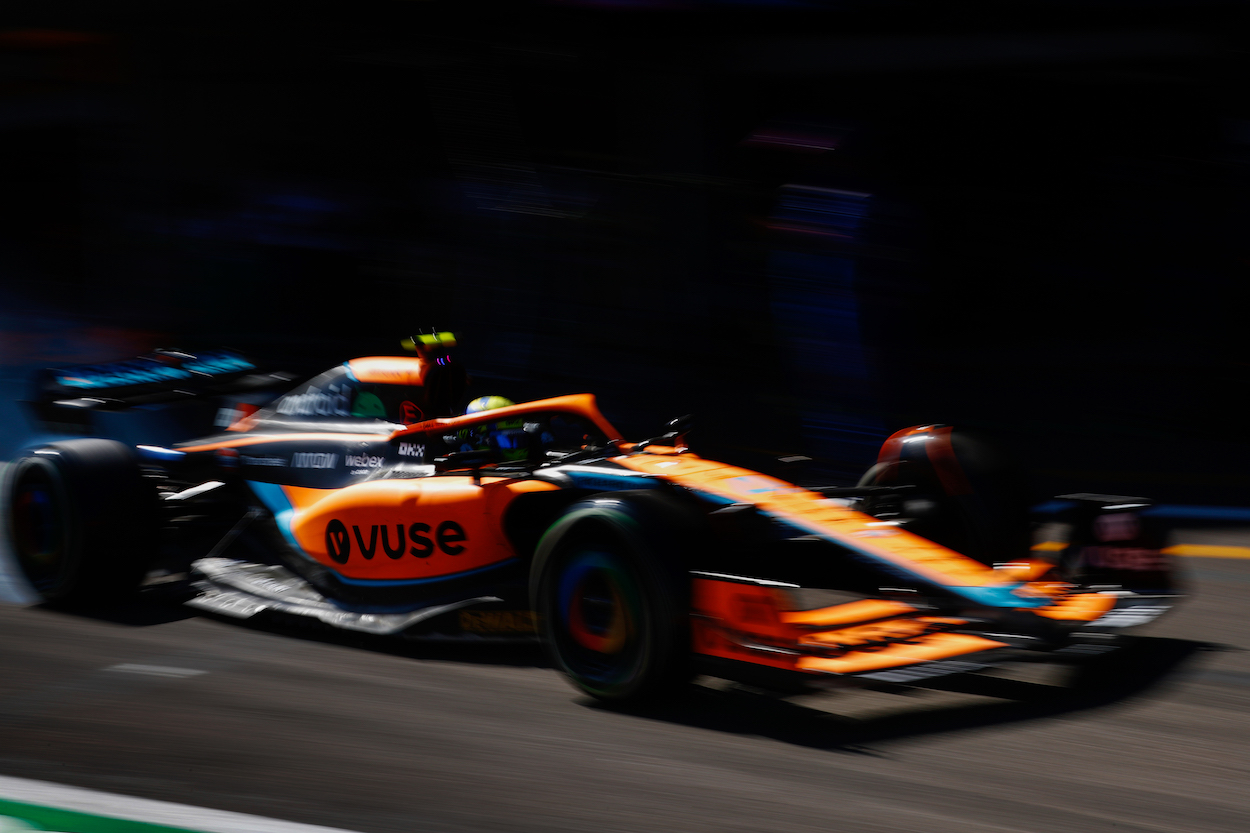 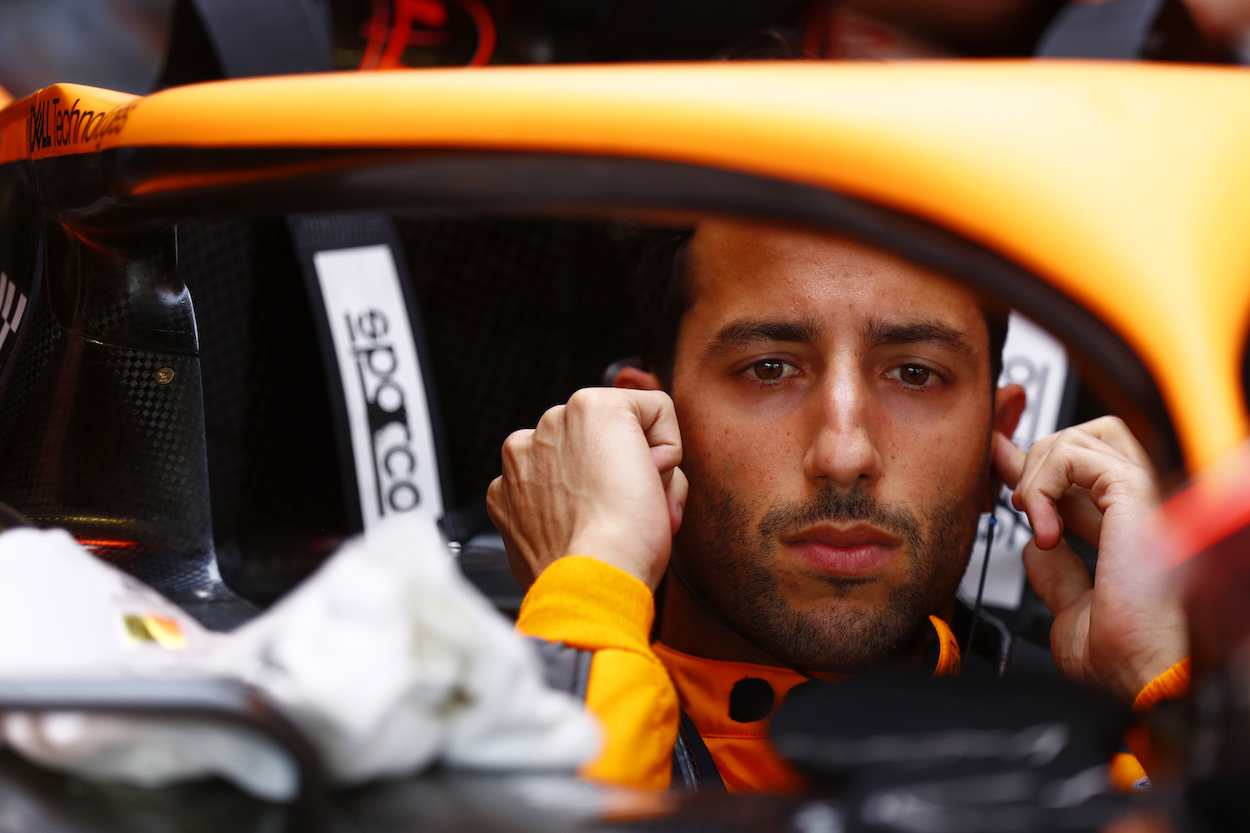 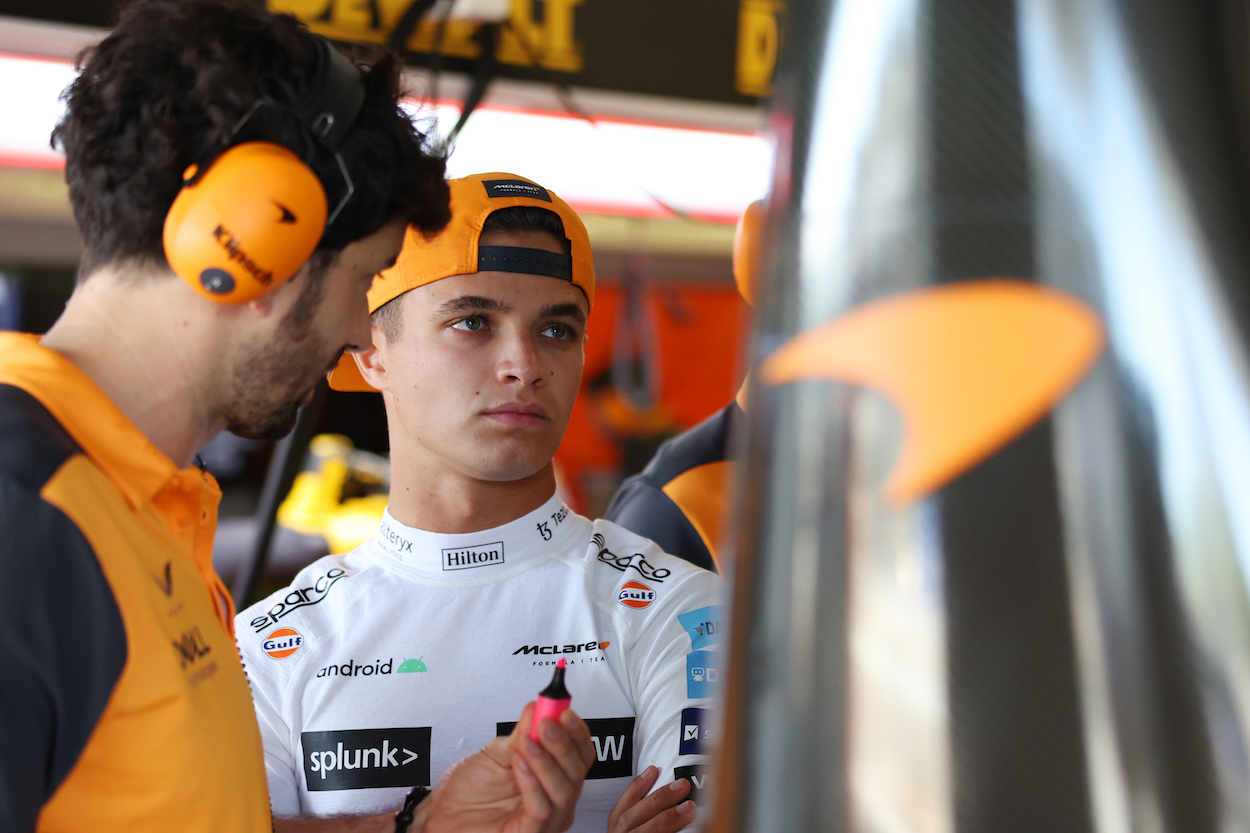 Lando Norris, McLaren, with an engineer