George brought the W13 home in P2 and Lewis P4 after an action-packed race in Zandvoort amidst the orange smoke of the sell-out 2022 Formula 1 Dutch Grand Prix crowd.

The team opted to start both drivers on the Medium tyre, in contrast to those ahead on the Softs, and the drivers managed their tyres well to extend the first stint and set up a one-stop strategy on the Hard. A VSC on lap 47 sparked a round of pit stops with the team taking the opportunity to pull off a smart double stack and switch the drivers to fresh Mediums. A safety car a few laps later brought VER in from the lead, so the team had a difficult choice with Lewis running P1 and George P2.

The team opted to keep Lewis out to retain track position and fight for the win while boxing George for the Soft tyre to consolidate at least P3. The Medium tyre proved to be too offset for Lewis, and he was passed by those behind on the Soft tyre, finishing P4 while George moved up to P2 – his highest finishing position for the Mercedes-AMG Petronas F1 Team.

Today we were really challenged with the VSCs and Safety Cars. I think the strategy and the car had been so good up until that point; the pit stops were fantastic, the best I think we’ve had all year, and it was really geeing me up. Especially after such an up-and-down year, we’ve not had a win since Saudi Arabia last year. So, it was finally there, within our grasp, but of course, then the safety car really didn’t help. But the guys were really, really on it, we were all on it, and I was hopeful that we would get a 1-2 together as a team. But given how it played out after the final safety car and dropping back, I was just on the edge of breaking point with emotions and my apologies to the team because I don’t even remember what I said over the radio. I just lost it for a second. But I think they know that there is just so much passion, and I want to look at today as a glass half full – we came here struggling from the last race and were fighting against the Red Bulls today. We were quicker than most at many points. Without the safety car, I think we’d have been challenging them for the win at the end on the one-stop, which I don’t think the others could do. So many great things to take from this weekend – the car was finally working. If this can be the same in future races, we will continue to breathe down their necks, and we will get that win.

It’s been an incredible reception here, a really special feeling for all of us drivers to come racing in Zandvoort and in Holland. As a team, we showed incredible pace today, I know the team result wasn’t quite what we hoped for, but this gives us a lot of confidence and a lot of faith going forwards. It’s incredible to see three different teams on the podium, and we, as Mercedes, are slowly getting closer to that top step, so let’s keep on pushing. Not an easy decision for the team to make with the final safety car – when you’re in front with track position, you’ve got a shot to go for the win, which is what we did. But this is what we as Mercedes are here to do, we’re here to win. And the 2000 people back in the UK, at Brackley and Brixworth, are all working on getting us that win, so today we took a decision to give us the best chance of that. Our qualifying performance yesterday probably cost us the most this weekend because if we were in the second row, I think we’d have been fighting even more for the win. But from race one in Bahrain, being second off, to this weekend and having the fastest race car is incredibly impressive, and everyone in the team should be very proud.

Zandvoort was a good track for us, and both drivers performed to the maximum today with a strong car. We had some tough decisions to take with the safety car towards the end. With Lewis ahead, you can do two things: you can either pit him, lose track position against Verstappen and leave George out – screwed. You can pit both, but you are settling for P2 and P3, and we agreed as a team this morning to fight for the win, so it was worth the risk. I feel for Lewis. It’s highly emotional, you are that close, bracing for the win, and then you are being eaten up. It’s clear that every emotion comes out, but as I always say, we are the dustbin for the driver in the car. Lewis and I were just speaking, and there are definitely more positives to take from this weekend, second and fourth. It’s annoying, but we had a good race car here, and that’s most important. You have got to take risks where we are. I’m confident we’ll get the win this season, and we are going to try the maximum. We are a bit closer today, and it is good fun in any case. 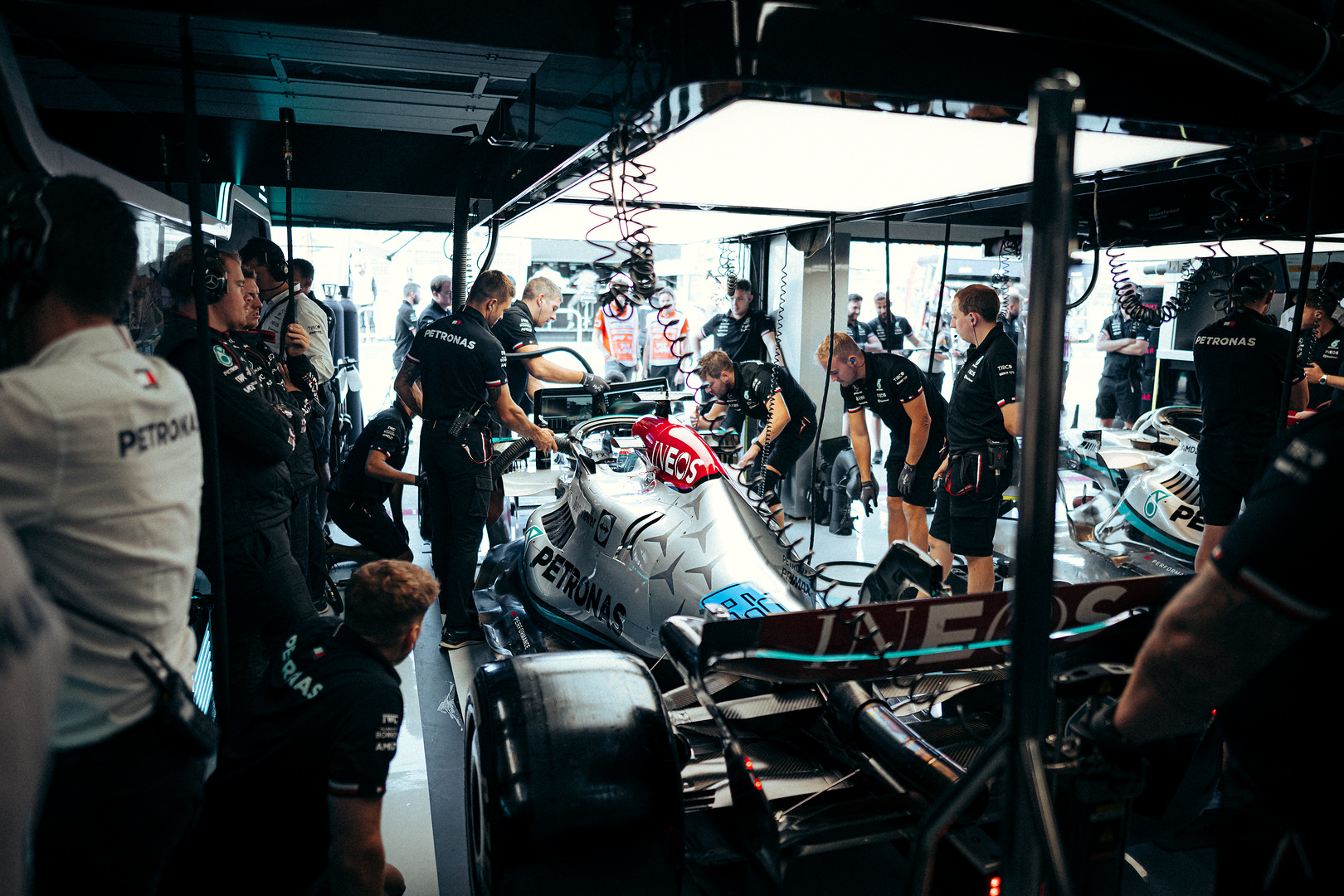 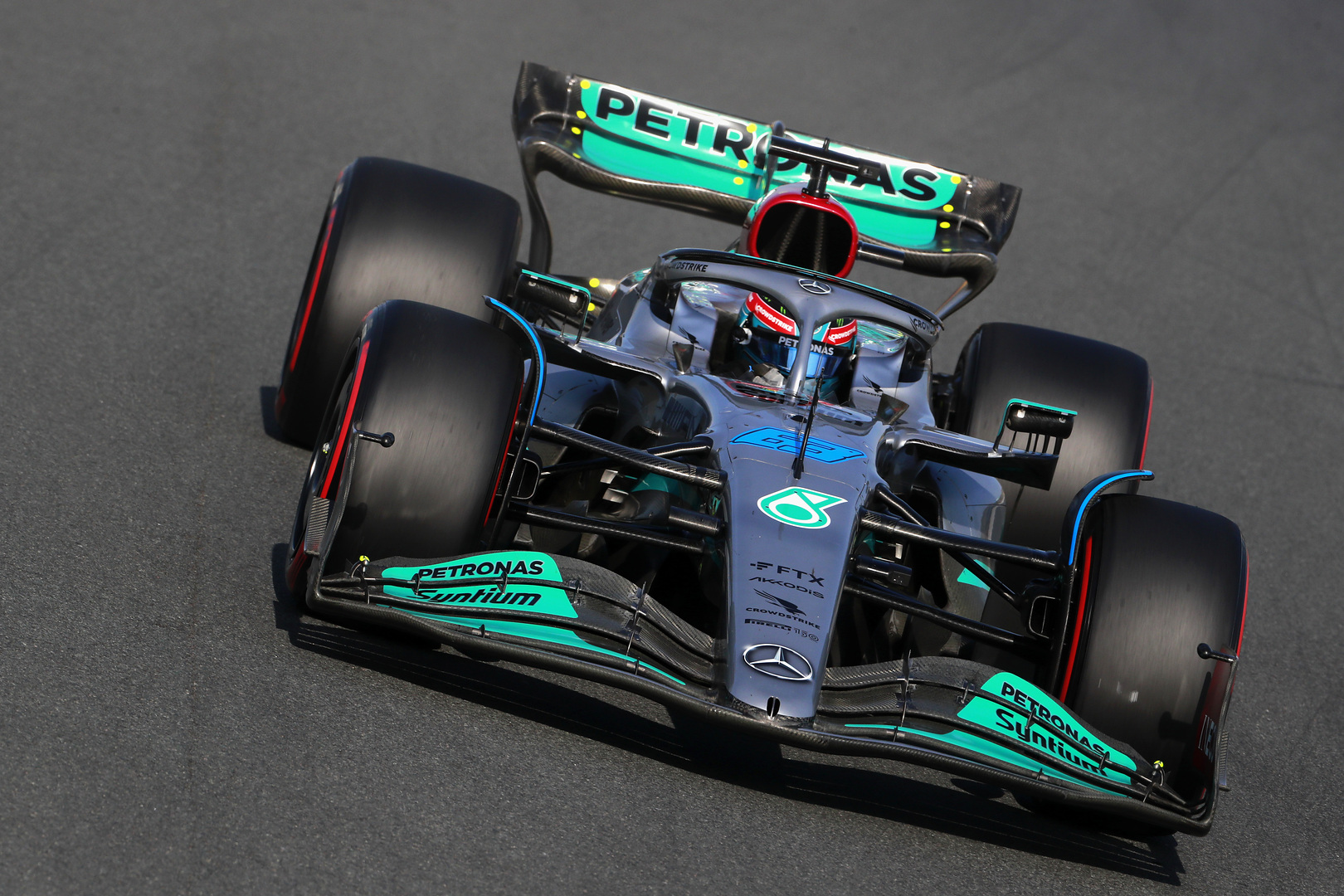 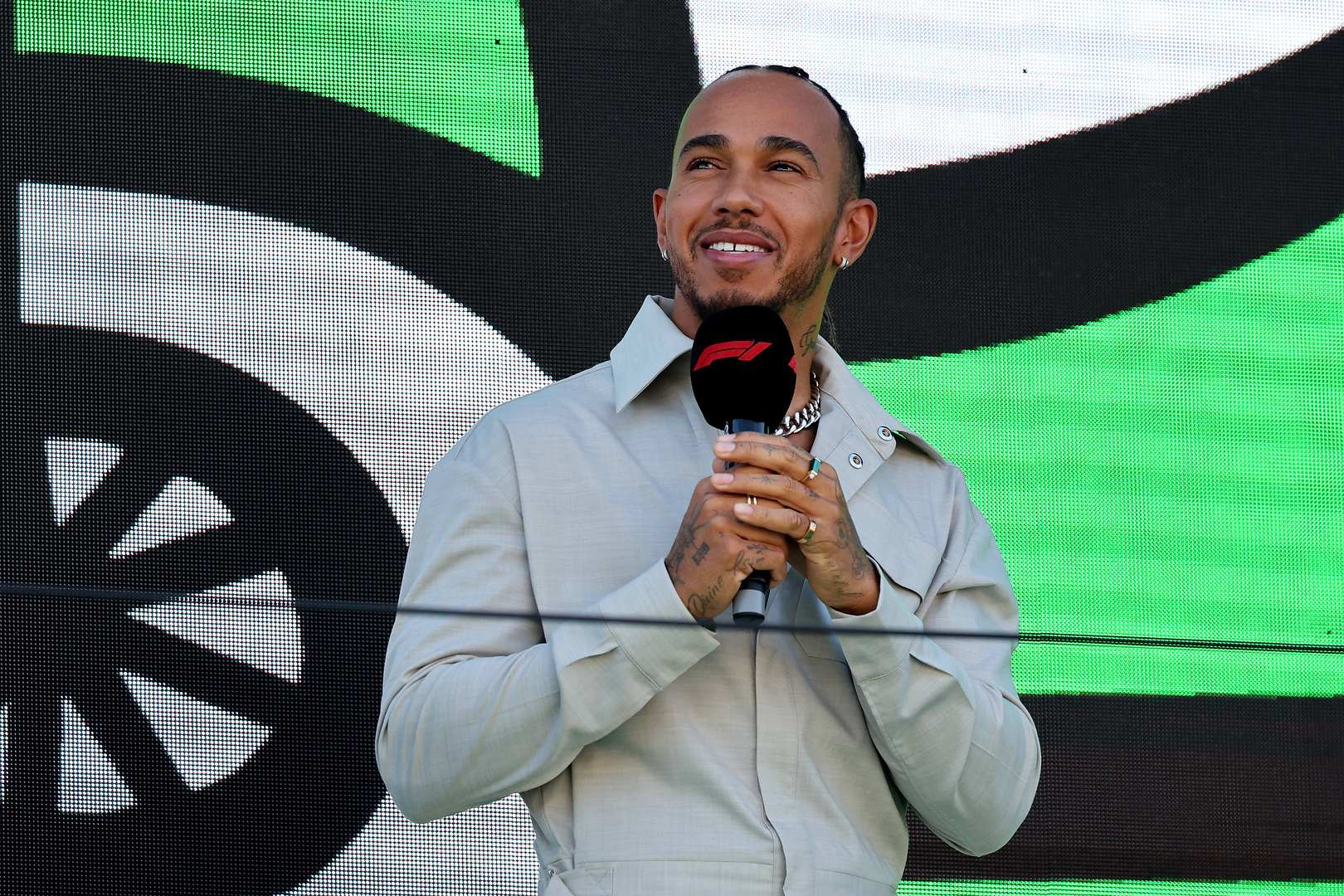 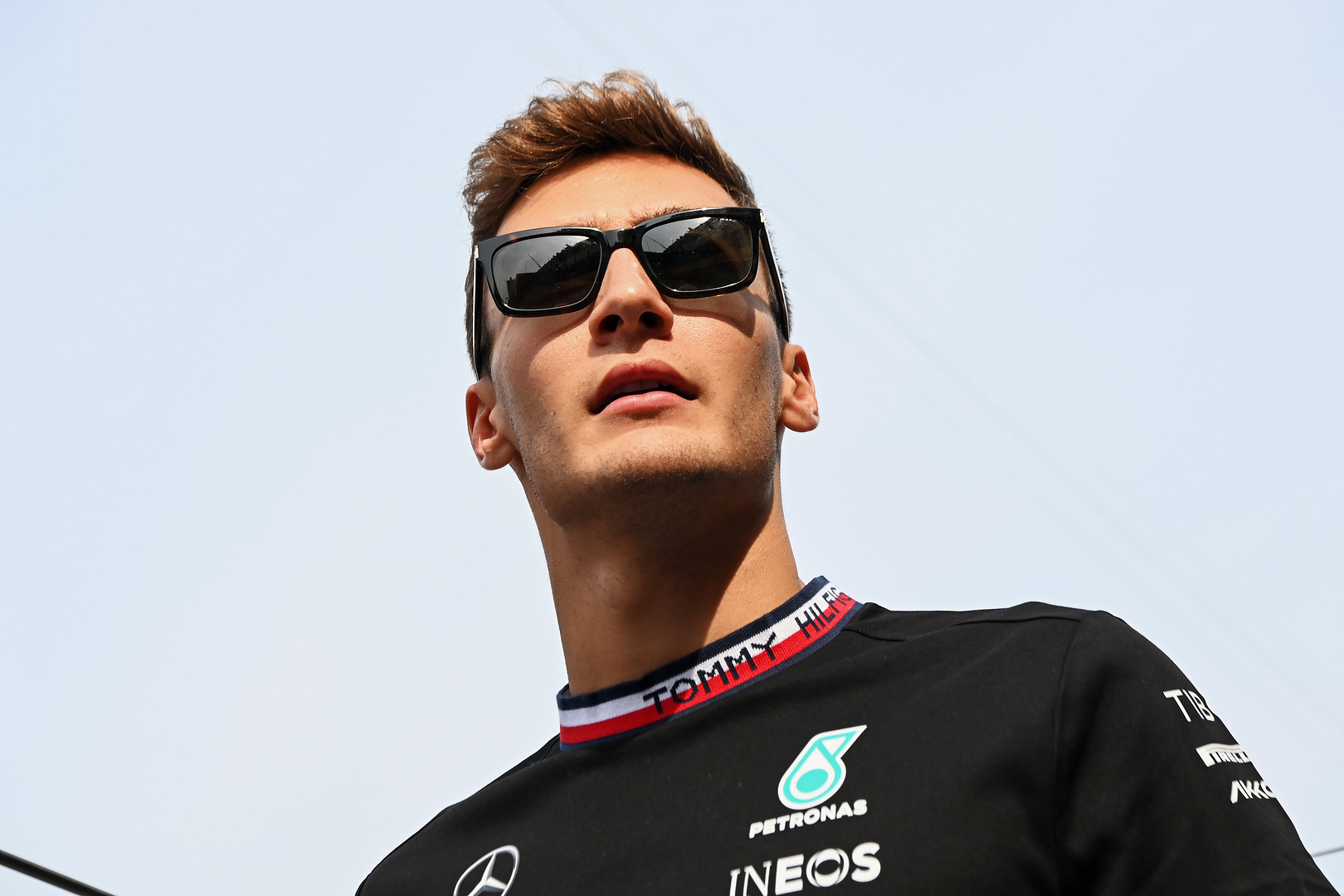 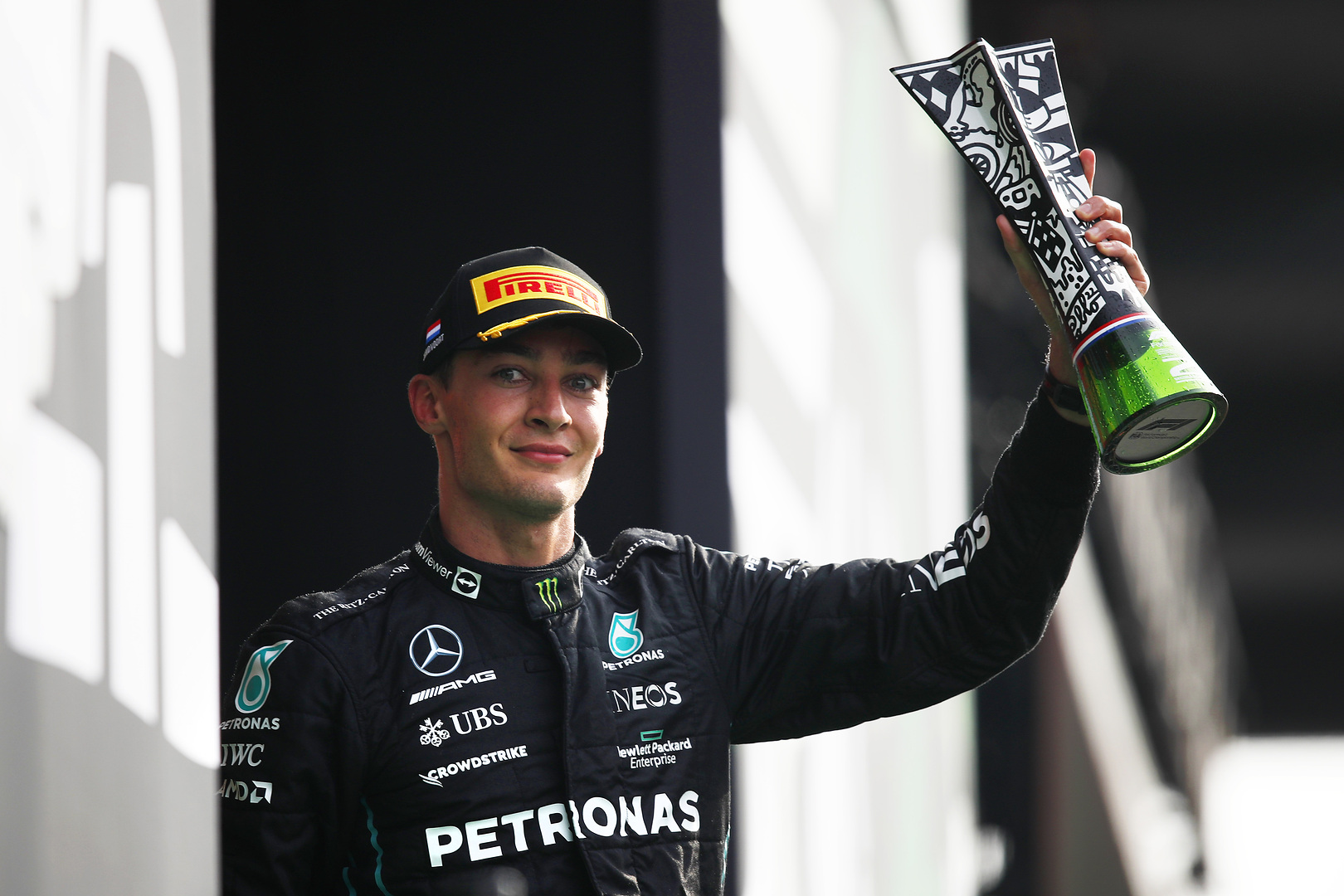 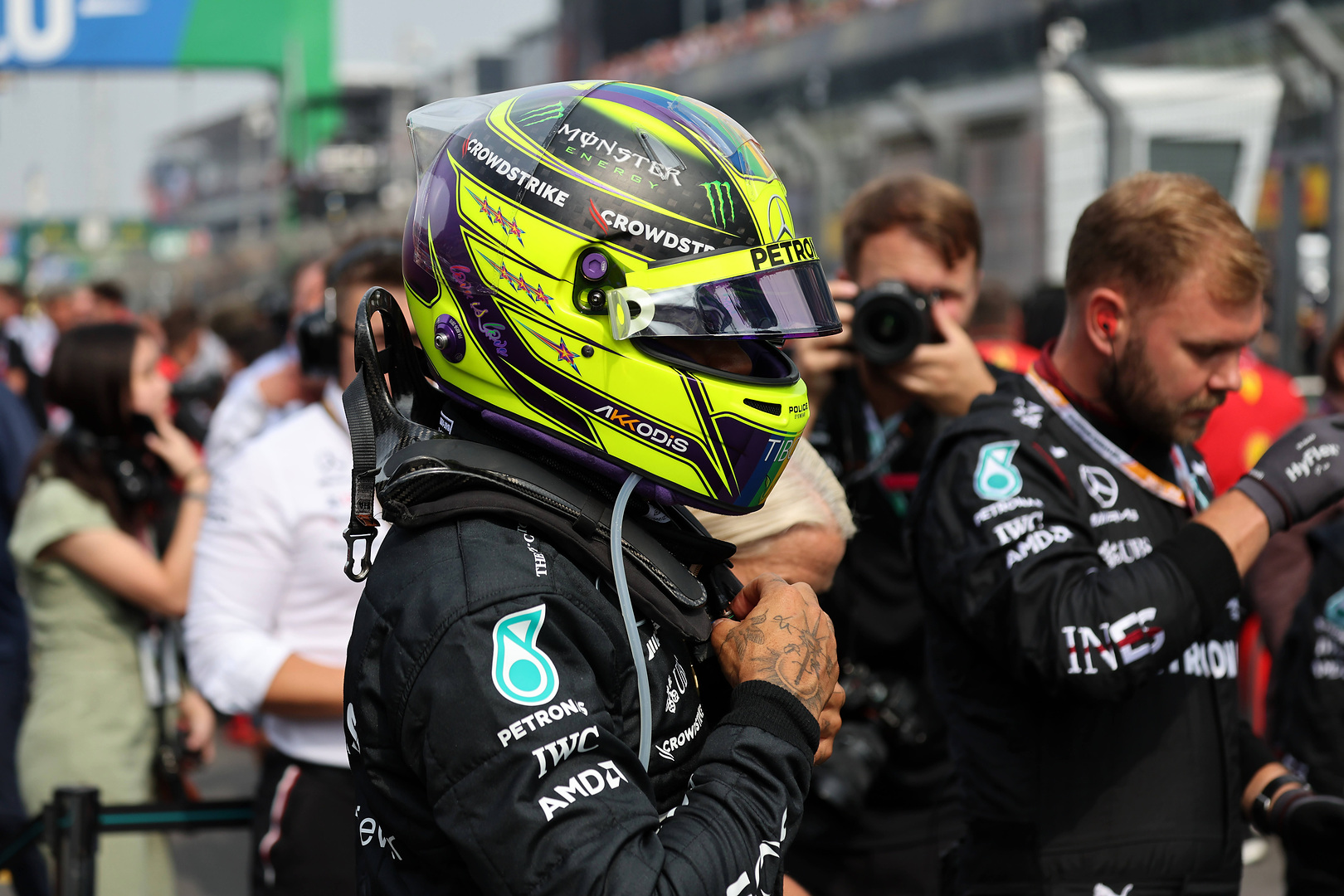