BWT Alpine F1 Team made it five double points finishes in a row as both drivers claimed solid points from the 2022 Formula 1 Dutch Grand Prix, with Fernando Alonso finishing sixth and Esteban Ocon ninth at a packed-out Zandvoort.

By scoring ten points from today’s race, the team moves further ahead in fourth place in the Constructors’ Championship on 125 points.

Esteban made a brilliant start to the race as he moved up three positions on lap one, with Fernando holding his starting spot in the thirteenth.

The Spaniard managed to overtake both Alpha Tauris in successive laps in the early stages before pitting for Hards on lap 12. Esteban pitted for Hards on lap 19, with Fernando stringing together a solid stint to progress towards the points. Fernando stopped again on lap 47 under the VSC for Softs with back-to-back Fastest Laps heaping the pressure on Lando Norris in front. Esteban pitted under the full Safety Car nine laps later for Softs, which allowed him to gain control in his fight with Lance Stroll.

With Norris also pitting under the Safety Car, Fernando spent the closing stages of the race looking to close the gap to Carlos Sainz, who had a five-second penalty, while also defending from Norris. At the chequered flag, Fernando finished seventh, taking sixth as a result of Sainz’s penalty, for his tenth consecutive points score, with Esteban just missing out on the Ferrari’s punishment by 0.2secs to finish in ninth place.

It was a good race for us today, finishing sixth and scoring more points in the standings. We lost a few places obviously at the start, but we made some ground back and stopped very early for the Hard tyre. The car’s pace was good, and we continued to progress. The only moment of the race where I felt we could relax a little bit was when we fitted the Softs, and everything seemed set for us, but then the Safety Car came out and changed everything. We had to fight hard until the last lap with those behind us on fresher tyres, and it was like a Qualifying session until the chequered flag. It’s a good result again for the team, and my tenth points finish in a row, so let’s keep this up next weekend in Italy!

I’m pleased to score points today, and it was a nice recovery after disappointment in Qualifying on Saturday. We have also outscored McLaren again, which is positive in our fight in the Constructors’ Championship. On my side, I had a mega start and made up a few places in the early part of the race, which put us in a position to score points. There’s always more you can do, so we’ll assess the things we can improve for next time to come away with even more. Another race is just around the corner, and I’m already looking forward to Monza, a track that I love and one that will likely suit our car better. We will push on!

We’re very pleased to extend our advantage in fourth place in the Constructors’ Championship by scoring ten points in Zandvoort today. It was always going to be a tough task to progress both of our cars from twelfth and thirteenth on the grid into the points, but we’ve achieved just that after a very strong race across the board. Our strategy was decisive, using our knowledge from Friday’s Practice about the Hard tyre, which allowed both cars to be in a position to score good points. Fernando drove another great race, holding off Lando [Norris] at the end, with Esteban too doing a fantastic job to finish in ninth place and bring home valuable points. We will look ahead to Monza next weekend, where we aim to conclude this triple header with other double points finishes. I can see no reason why that is not possible after two competitive weekends in Spa and here in the Netherlands. A great job by everyone on the team. 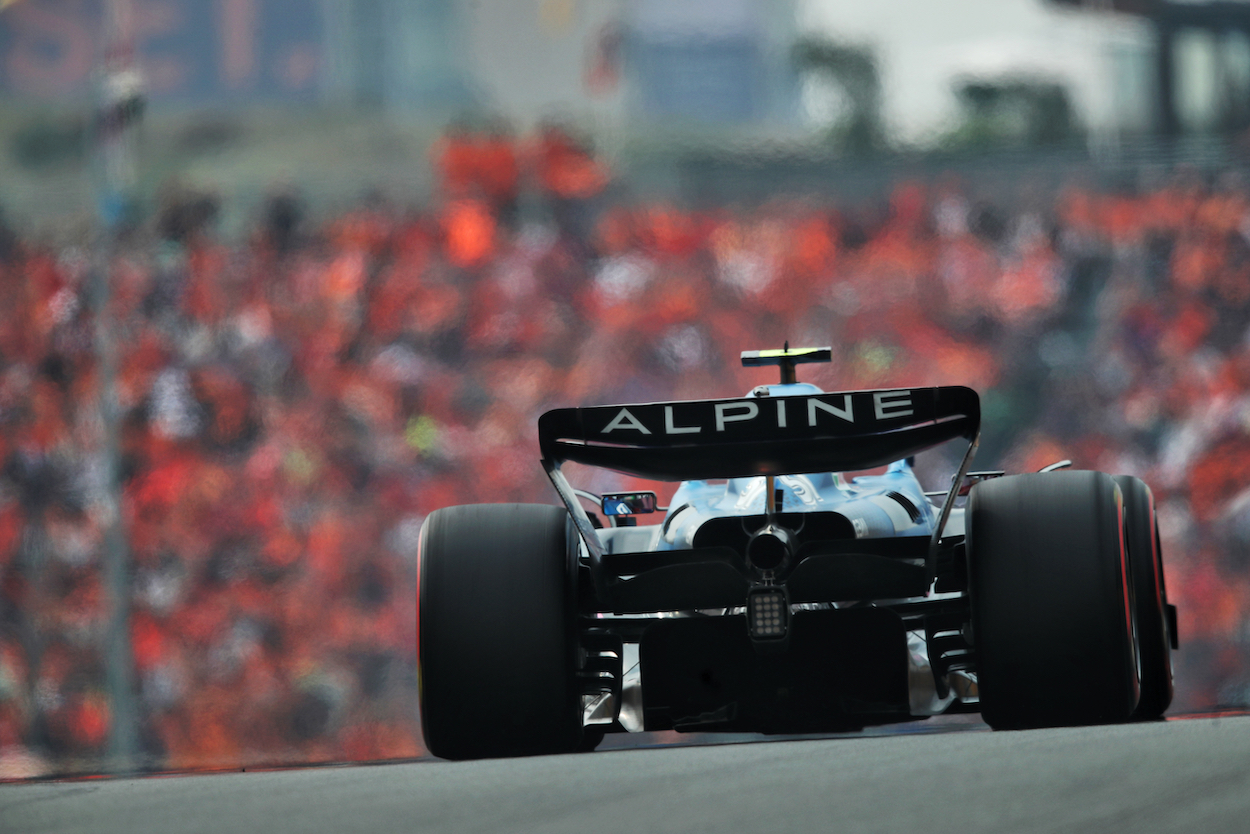 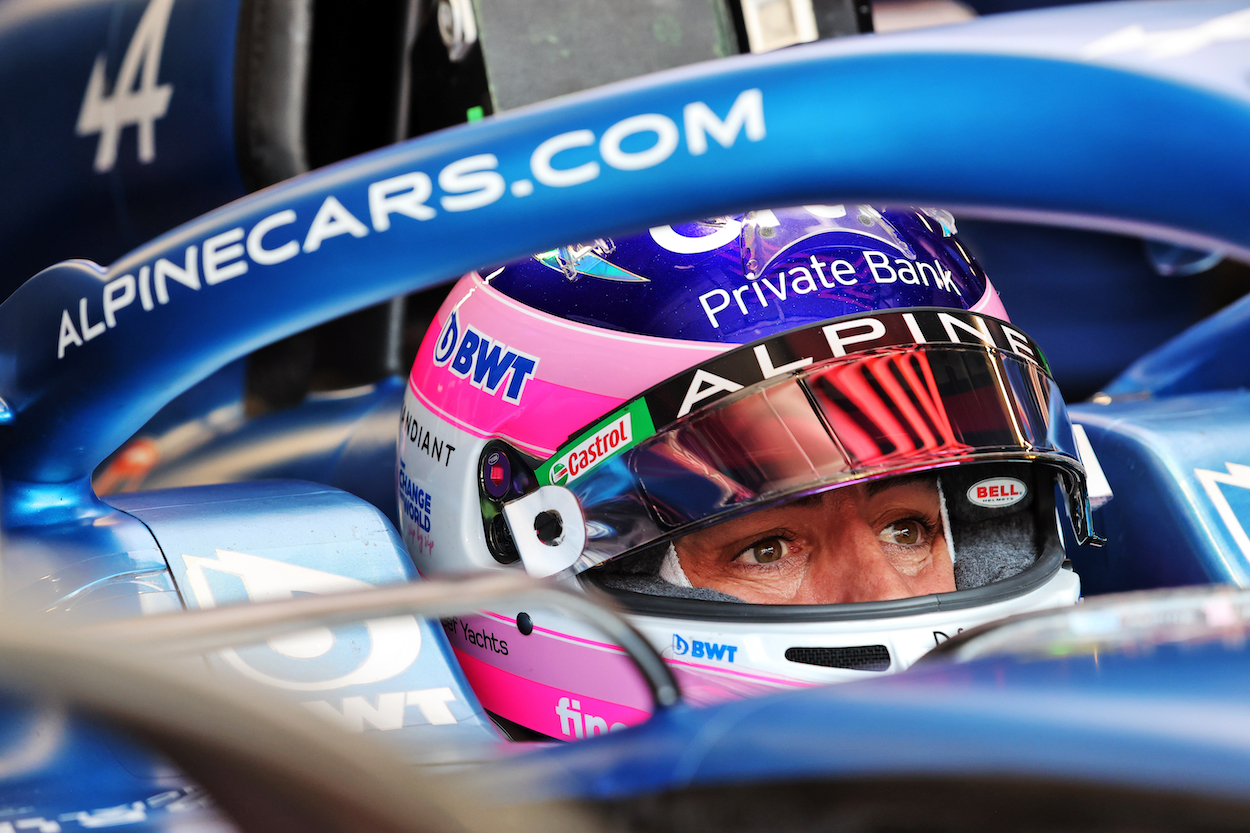 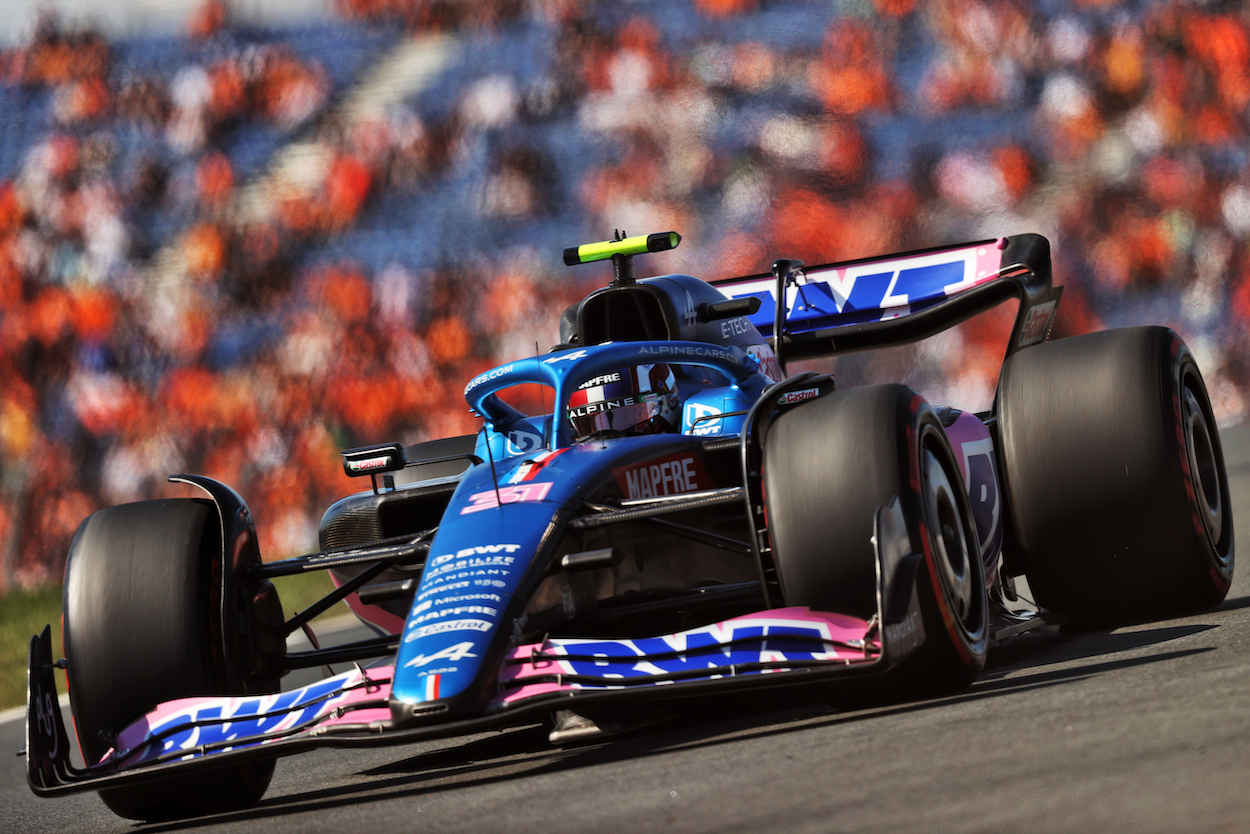 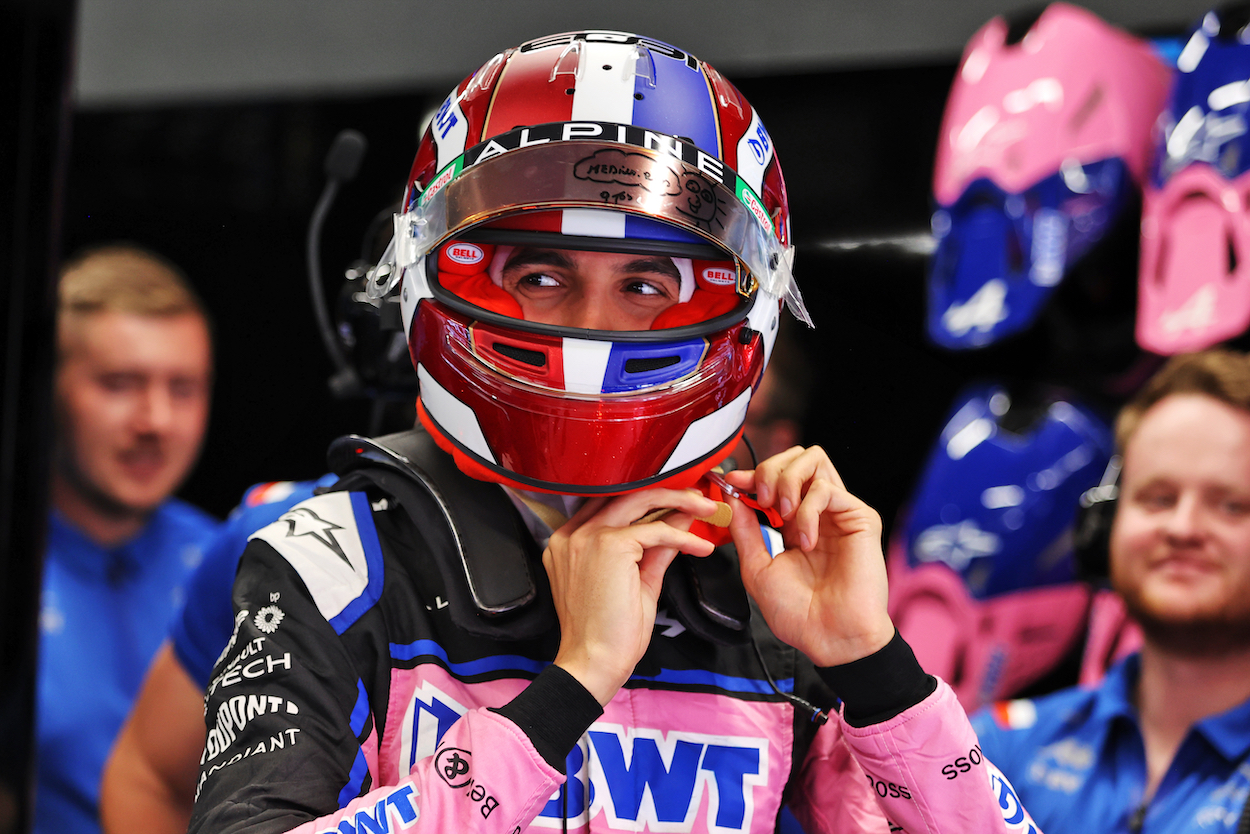 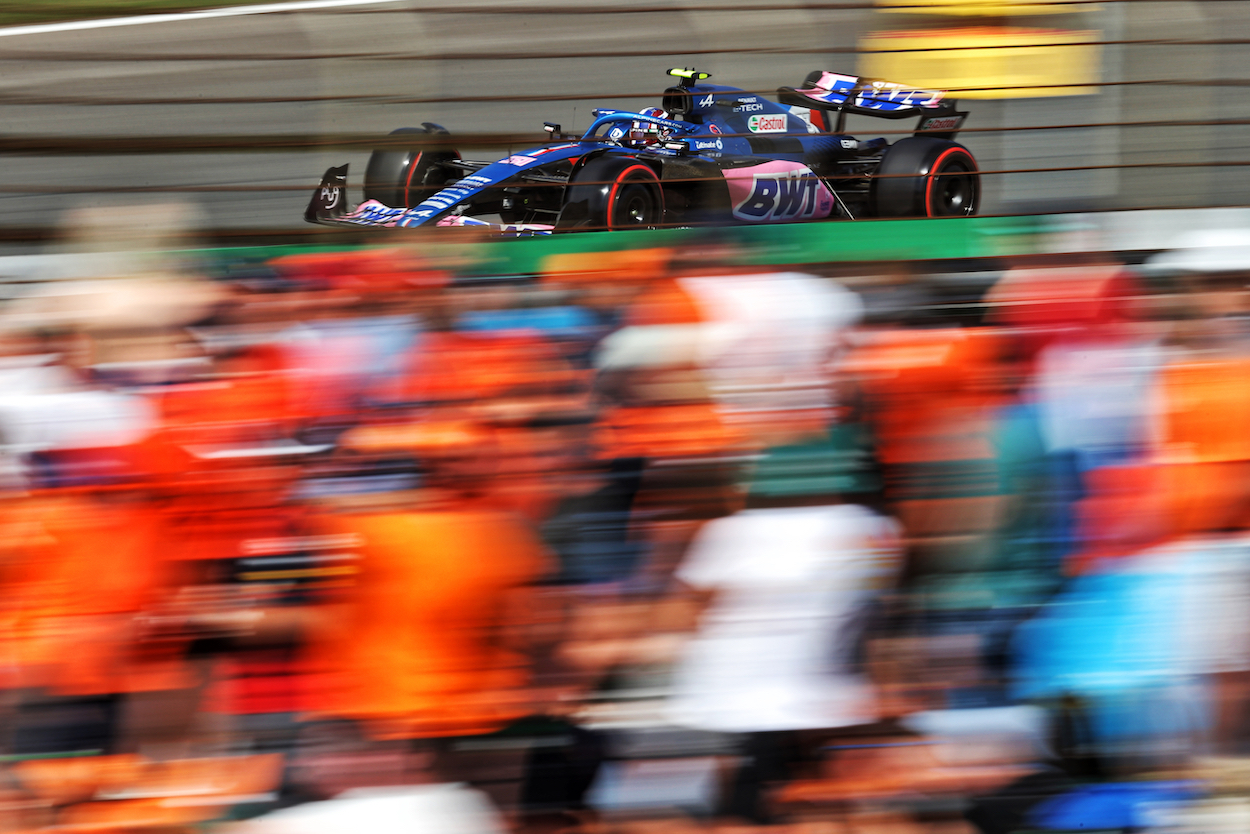 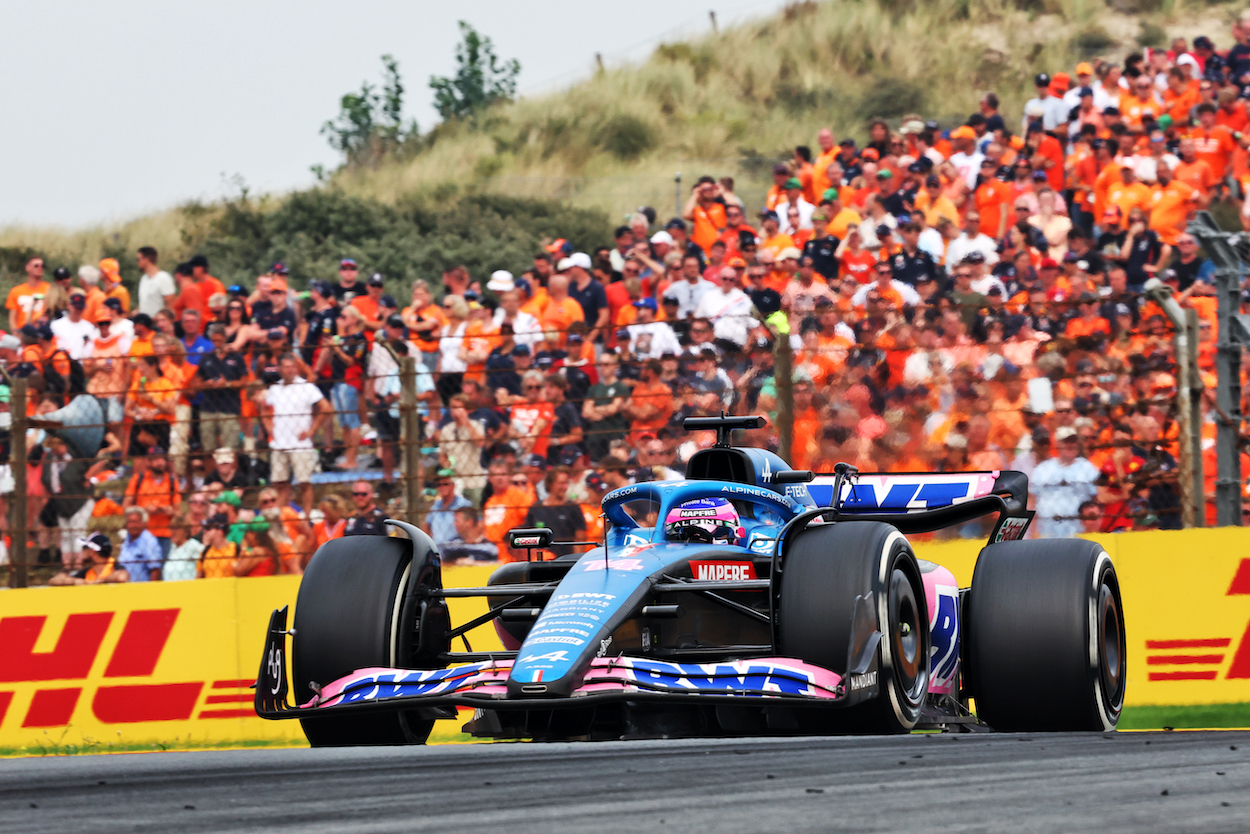