Scuderia Ferrari leaves Monza with second place courtesy of Charles Leclerc and a fourth from Carlos Sainz. However, at the end of the 2022 Formula 1 Italian Grand Prix, there’s a clear feeling that it could have been an even better afternoon if the race had not ended behind the Safety Car, which meant that neither Prancing Horse driver had the opportunity to mount one final attacking move.

Nevertheless, this weekend will still go down in history with the visit of the President of the Republic, Sergio Mattarella and for the Giallo Modena yellow theme which Ferrari sported on its cars all weekend and on the mechanics’ team kit today. It was a celebration of 75 years of the company by means of a colour that is an integral part of its history and honouring one hundred years of one of the most legendary motor racing circuits. Another important feature was that an entire crowd was again allowed in, with a record number of 337,000 in attendance over the weekend.

On the attack. The team adopted a particularly aggressive approach with both drivers. Leclerc started from pole position on Soft tyres and made the most of the Virtual Safety Car called when Sebastian Vettel parked on track on lap 12 to pit for new tyres, thus going for a different strategy to Max Verstappen, who would be able to count on less tyre degradation. When the Safety Car came out in the closing stages, it seemed that Charles might have a chance over a few laps to attack Verstappen. But that scenario vanished when the race ended behind the Safety Car, thus freezing the order.

Carlos. It was Carlos who came off worst because of the Safety Car as, after carrying out almost 20 overtaking moves from eighteenth on the grid, he had only just fitted a set of Soft tyres and was closing on third-placed George Russell, who was running Hard tyres. The Spaniard was closing at the rate of over a second per lap and would have caught the Englishman on the final lap. When the Safety Car came out, the team called him in for another set of new Softs so he could attack Russell on his worn tyres, but Sainz had to settle for fourth, an impressive improvement of 14 places from where he started.

Short break. With the Italian Grand Prix completed, the World Championship bids farewell to Europe and takes a short break before the next round in Singapore, which, on 2nd October, makes a return to the calendar after a two-year absence.

Monza is always incredible. Starting from pole, I did want to take the win. However, that’s not how it went today. Seeing our Tifosi under the podium made it a lot better.

Our pace was good, and we must keep in mind that our expectations for this track were not very high. We worked a lot throughout the practice sessions to secure the pole, which was a pleasant surprise. We have made some positive progress and were more competitive this weekend, so I am looking forward to being back racing in Singapore.

TA good race! I felt comfortable right from the start, overtaking cars nearly every lap and climbing to P4 very early on.
After pitting for the Soft tyre, I was closing the gap to Russell quickly, and I would have had a chance to battle with him for P3 at the end. Even when the Safety Car came out, I would have had a great opportunity at the restart with my new set of Softs, but unfortunately, the race finished as it did, and neither scenario happened.

I’m happy with the performance and the comeback, but looking at our pace, I was hoping to be on the podium in front of all the Tifosi. Thanks to everyone for such excellent support today. We will continue to push until the end of the year!

I believe our performance this weekend was better than that reflected in the final outcome. After a great qualifying in front of all our Tifosi in the race, we tried to make the most of every opportunity, opting to be aggressive with both drivers. Overall, finishing second and fourth is a good result, although there is a sense of regret not bringing home the win after starting from the pole. However, today, Max (Verstappen) was simply quicker than us. Regarding our performance, there is an awareness that we have made progress compared to the last few races. However, it’s not enough, as there is still work to do when it comes to our performance on Sunday and tyre degradation.

There was a significant moment just before the race when the President of the Republic visited our garage. Sergio Mattarella represents all Italians and Italy, and it was nice to see the mechanics welcome him with a round of applause as a mark of thanks for all his efforts and dedication to our country. 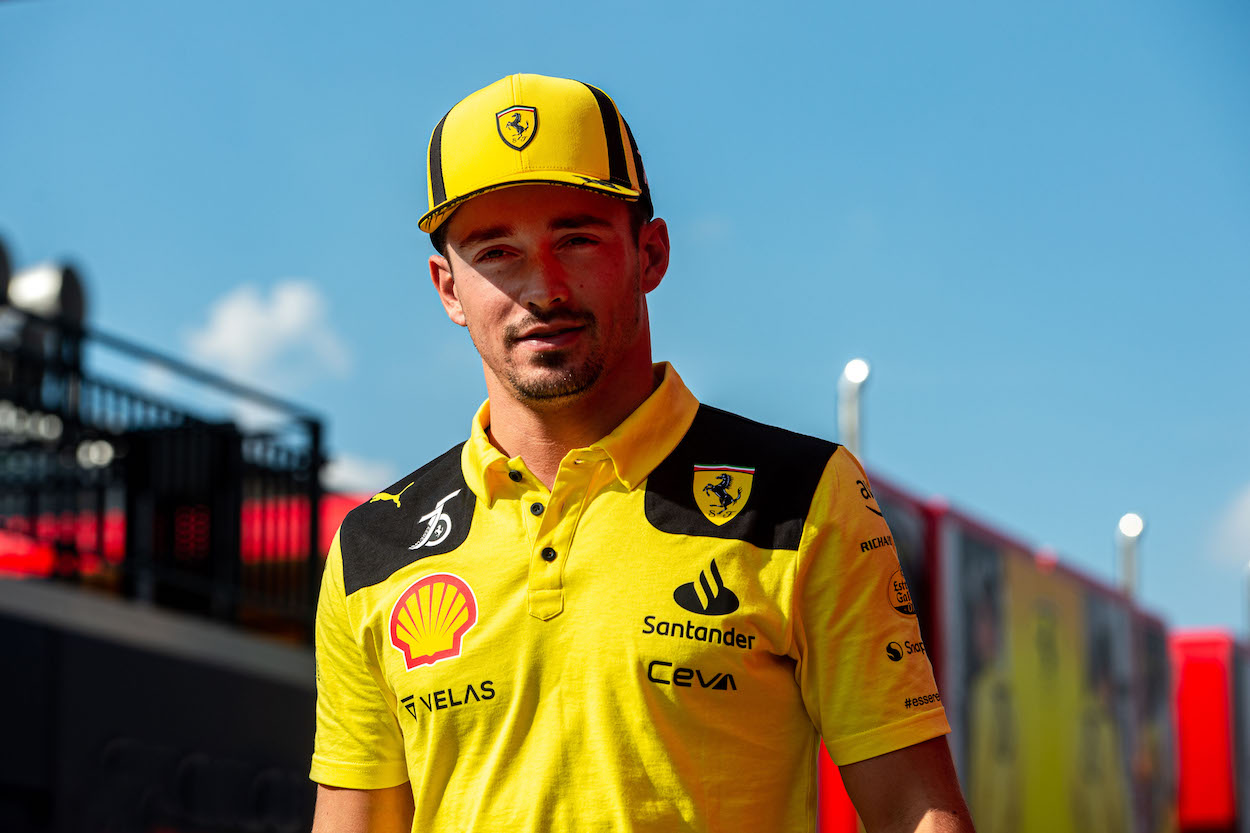 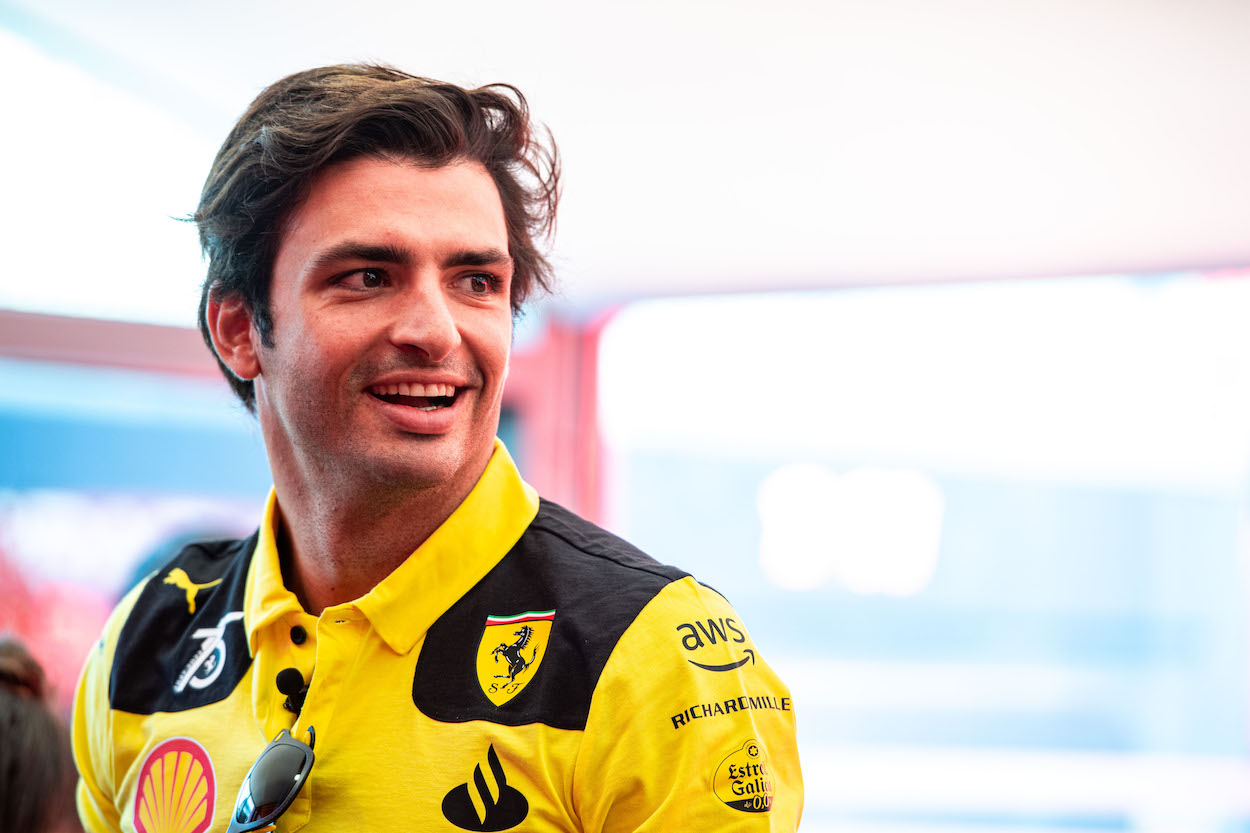 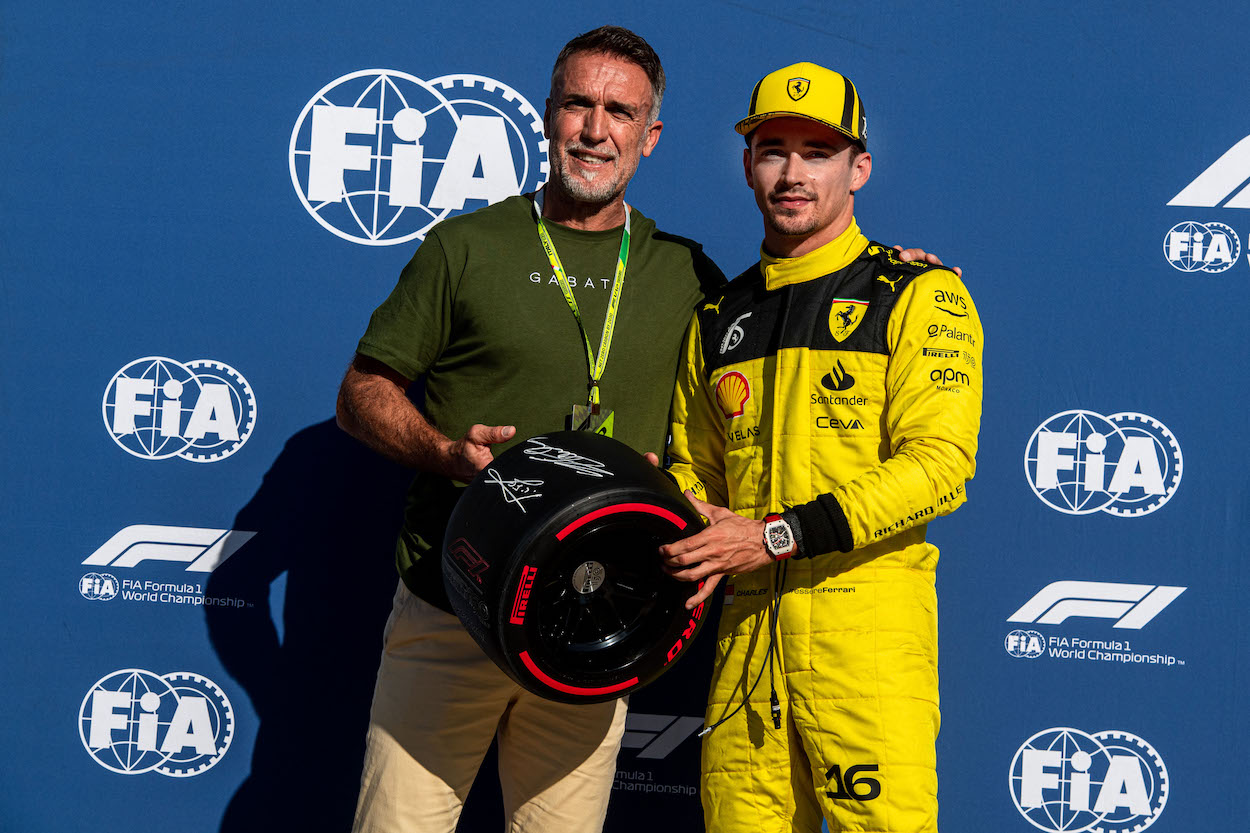 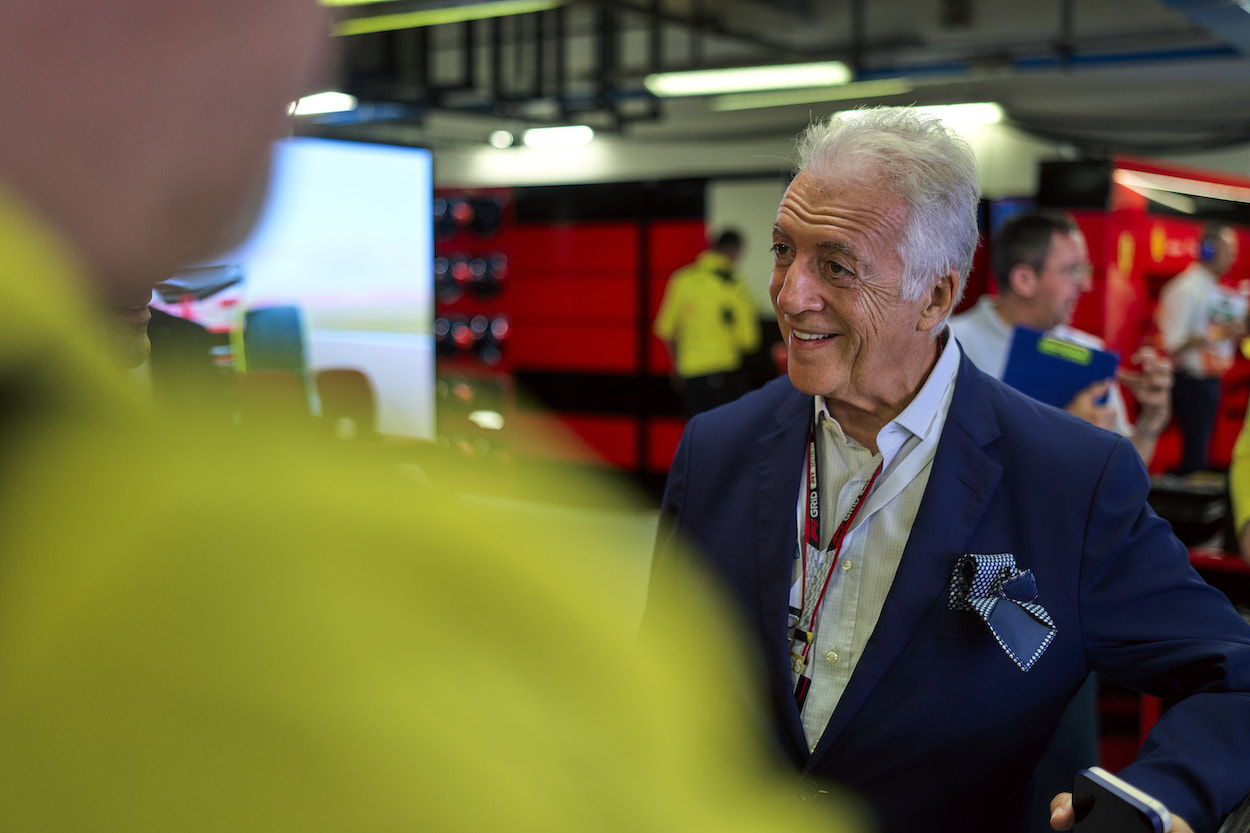 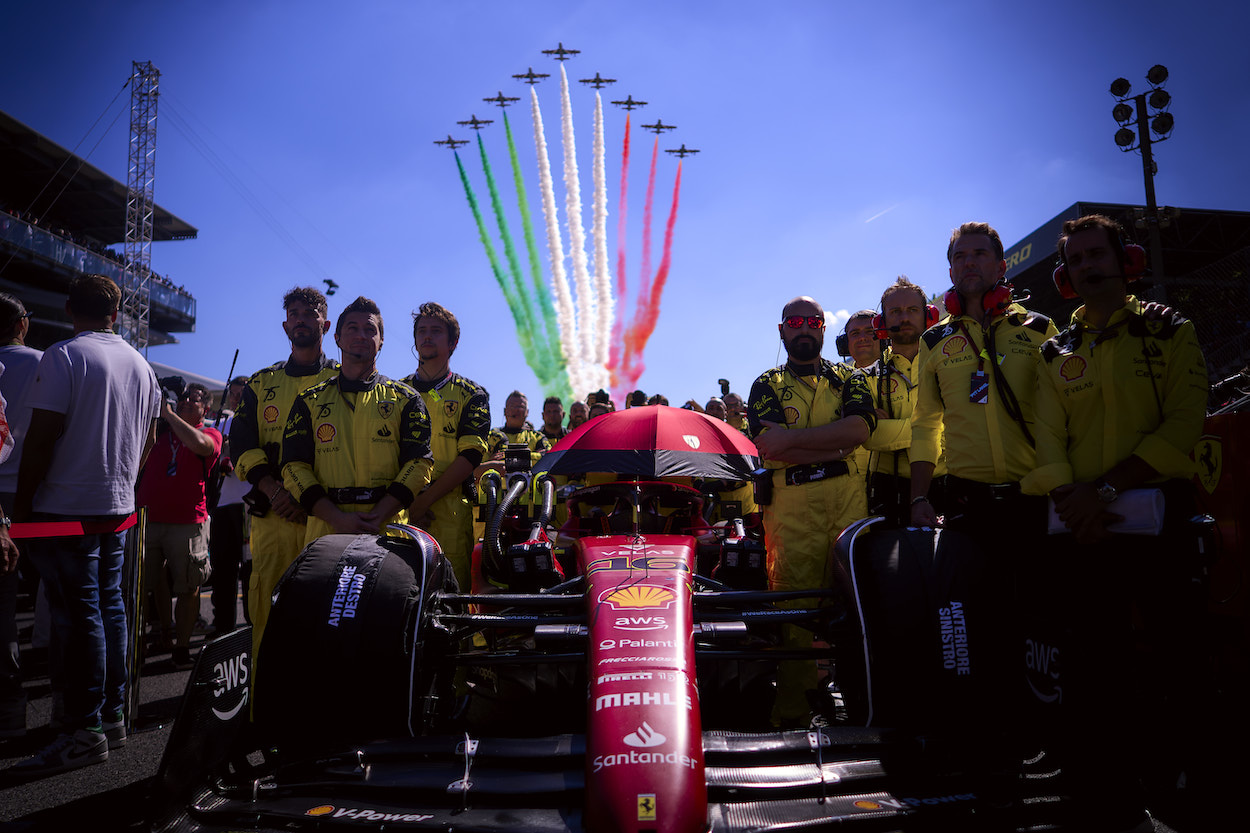 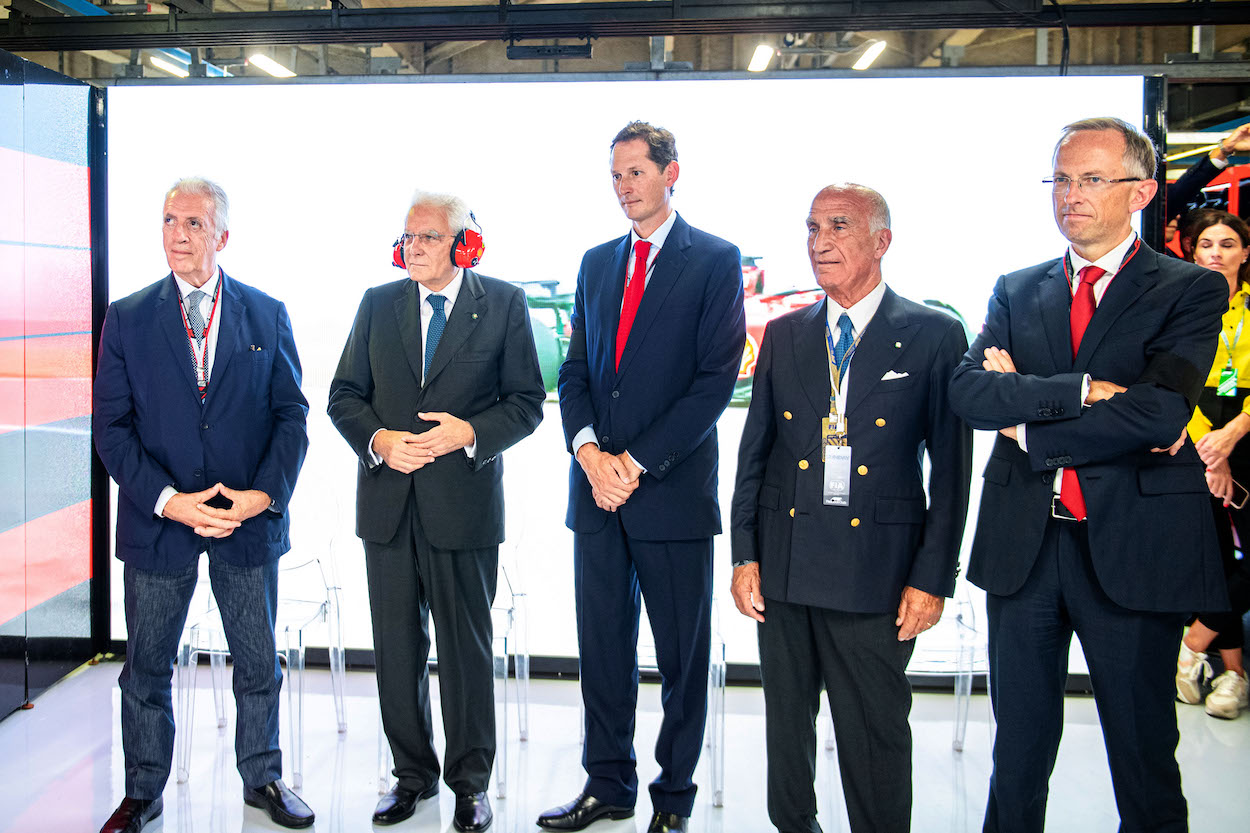