George secured his second podium of the season with an imperious drive, making up places at the start and then holding off VER with an emphatic defence for several laps, at one point leading the Grand Prix, before settling in to take P3.

Lewis suffered a puncture on the opening lap after coming together with MAG, finding himself 50 secs off the lead before putting his head down and completing a remarkable recovery drive up to P5, matching the leaders for race pace.

Lewis’s result could have been even better but a water leak affecting both cars in the closing laps forced him to yield P4 to SAI, with George having a sizeable margin to the cars behind to manage the issue.

George took the team’s third podium of the season, following his P3 in Australia and Lewis’s P3 in the opening race of the season in Bahrain.

Today’s podium is the 250th for the modern-day Mercedes F1 Team.

I’m just really grateful that I was able to come back and grateful to the team for keeping their head down and for all the amazing work to get us to this improvement. The car felt great in the race, our pace is closer to the top guys which is amazing. I was just really unfortunate at the start to get the puncture but I didn’t give up – that’s what we do, right? It’s a lot hotter than predicted today and for everyone, it’s quite tough with these cars.

I had to basically drive at half throttle at the end to try and cool the car, with lots of lifting down the straight just to get fresh air into the engine to cool it down. I was so gutted to lose the place to Sainz, especially after coming from where I came from. I mean, I was 30+ seconds behind last place – that’s like no man’s land. It’s a horrible feeling being that far behind, but you just have to keep your head up, keep pushing, keep going and hope for better.

We do still have bouncing but not in the straight line, it’s through corners but no way near as bad as we had before. The guys are working really hard and I am sure we can fix that over time. If I didn’t have that issue at the beginning, who knows where we’d have been at the end. It’s good to know we have a similar pace to some of the front runners.

Today was super tough! I’m just so proud to be standing here on the podium and bringing it home for the team. The guys have worked so hard, so this result is for everyone back in Brackley and Brixworth who’ve worked tirelessly, thank you! I gave it everything I could to hold Max off, they were some enjoyable laps! With the Red Bulls in my mirrors, I was trying to get absolutely everything out of the car to keep them behind. It was a very difficult last few laps, a real survival race when we knew we had the gap to manage. Thanks to all the fans out here in Barcelona – they’ve been amazing all weekend! The support for Formula 1 at the moment is in a great place, so it’s great to be here.

It was a very pleasing weekend with lots of positive signs, even though I’m not yet ecstatic. We had a solid race to beat Ferrari, and with Lewis, we had probably the fastest racecar of all today. We need to just unpick this now, analyse the data, and try to improve step-by-step for a race win. George put up a spectacular defence against Max, the way he positioned the car was spot-on, the kind of racing we love to see and he managed the car well at the end to bring home another podium. For Lewis, misfortune on the opening lap but what a recovery drive from then on, fantastic. As a driver, it’s always difficult when you are 50 seconds down but we never give up, and his pace at the end was stunning, he could have raced for the win.

The weekend was better than expected because I am always pessimistic about things. We’ve moved clear from the midfield, at least in Barcelona, and caught up half a second to the front runners – we were a second off and now it’s half a second. We unlocked the potential of the car by tweaking things on the stops and so today was the most valuable race for us to compare the two cars, across setups and tyres. Our understanding took a big step forward and there’s definitely more to come. 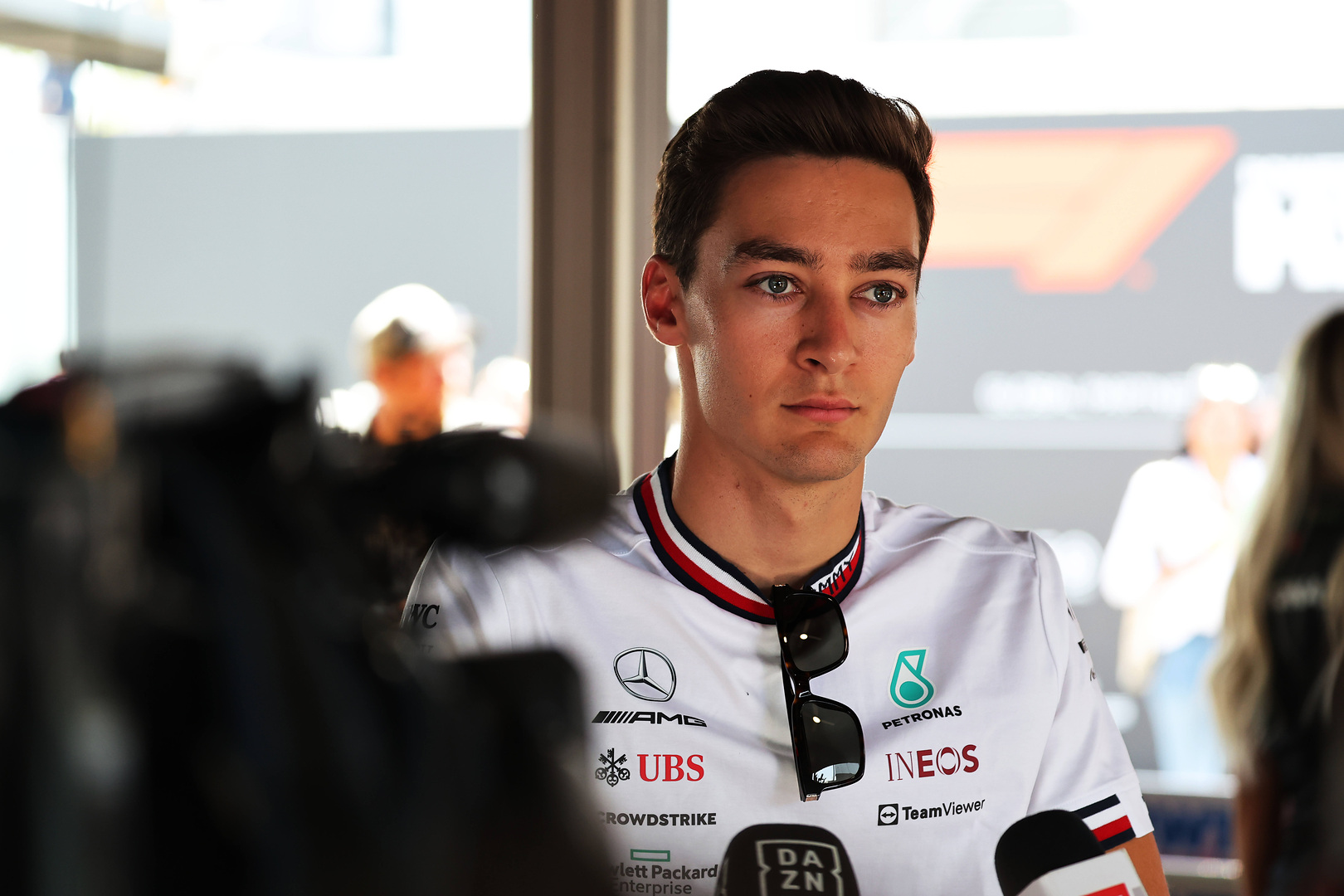 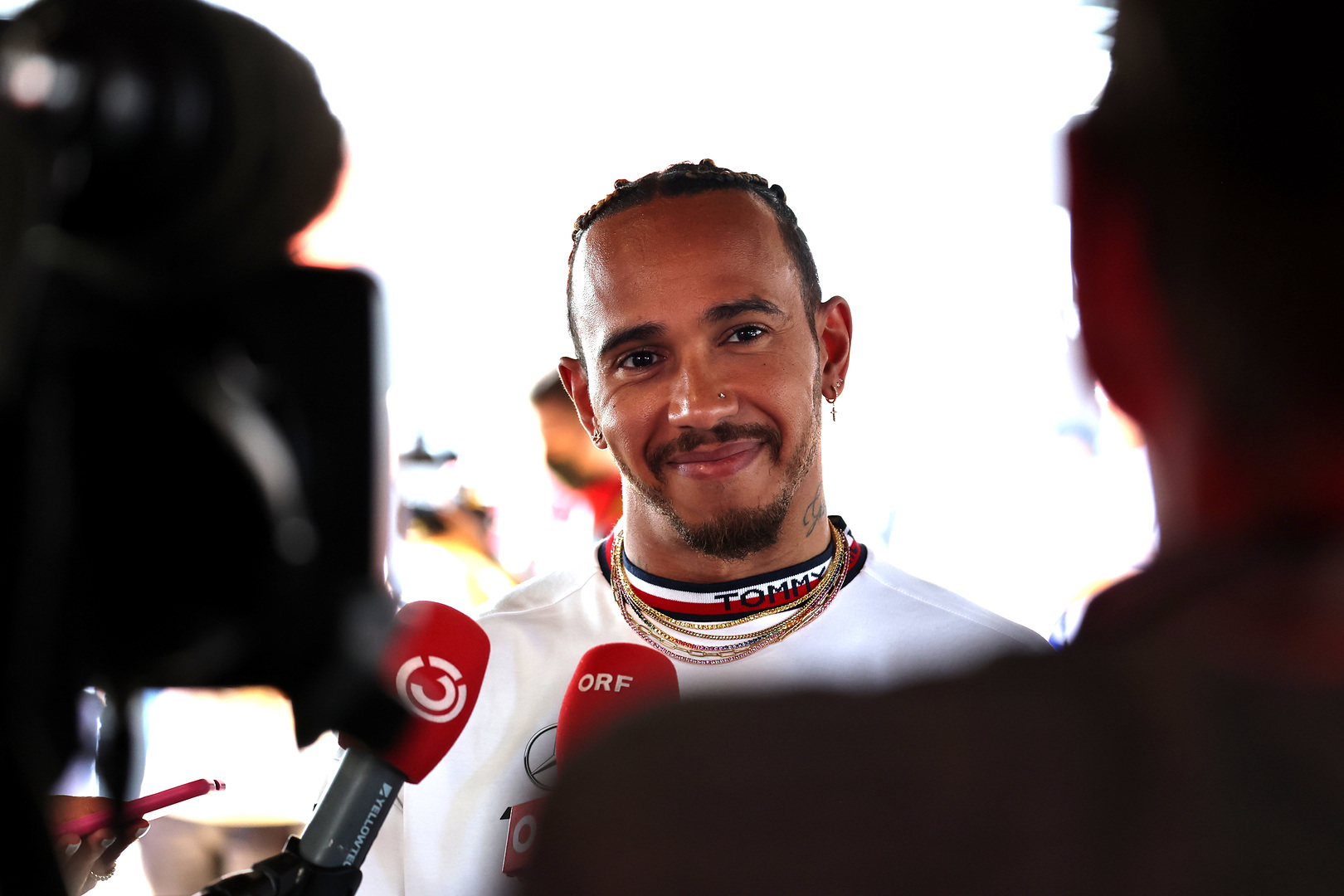 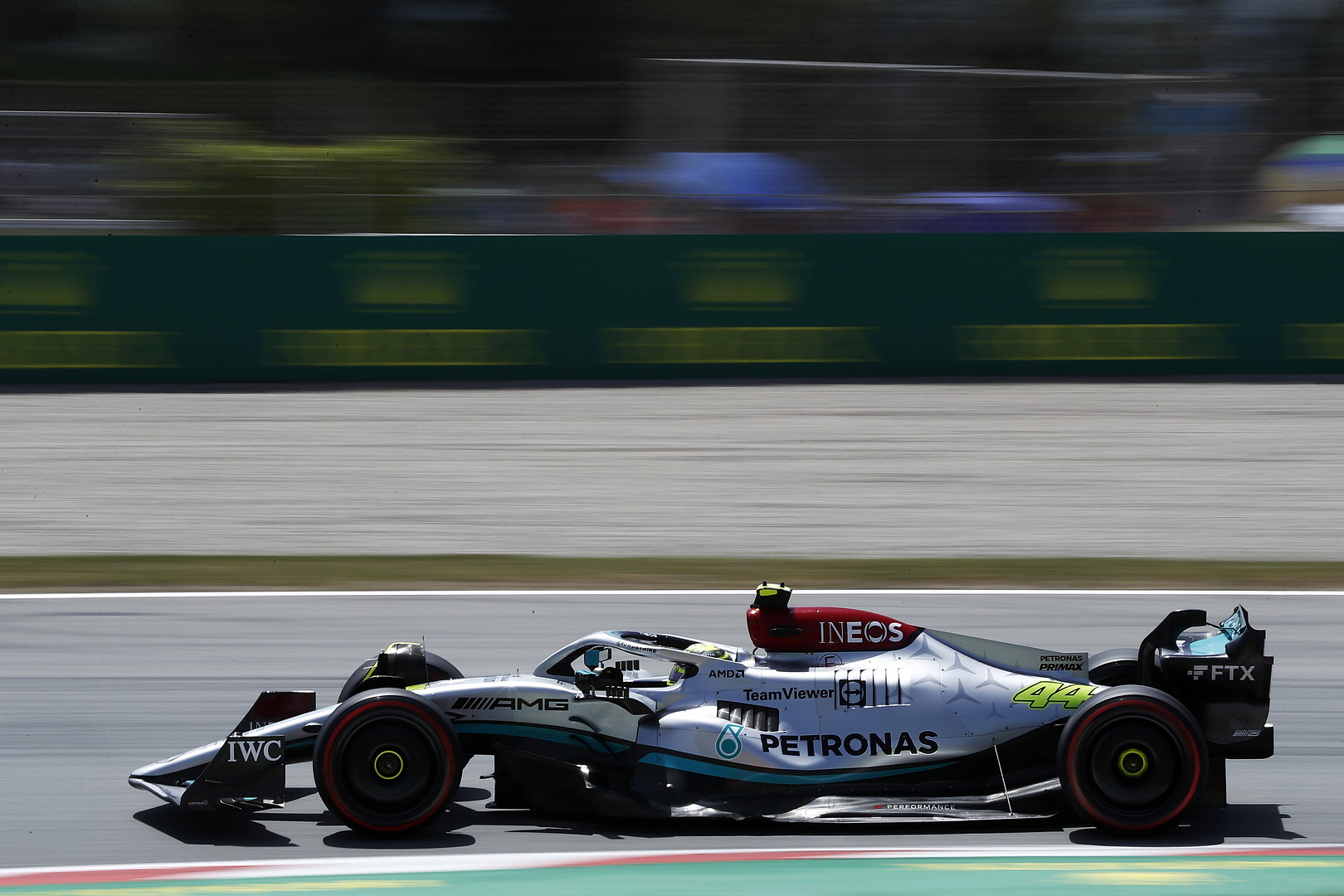 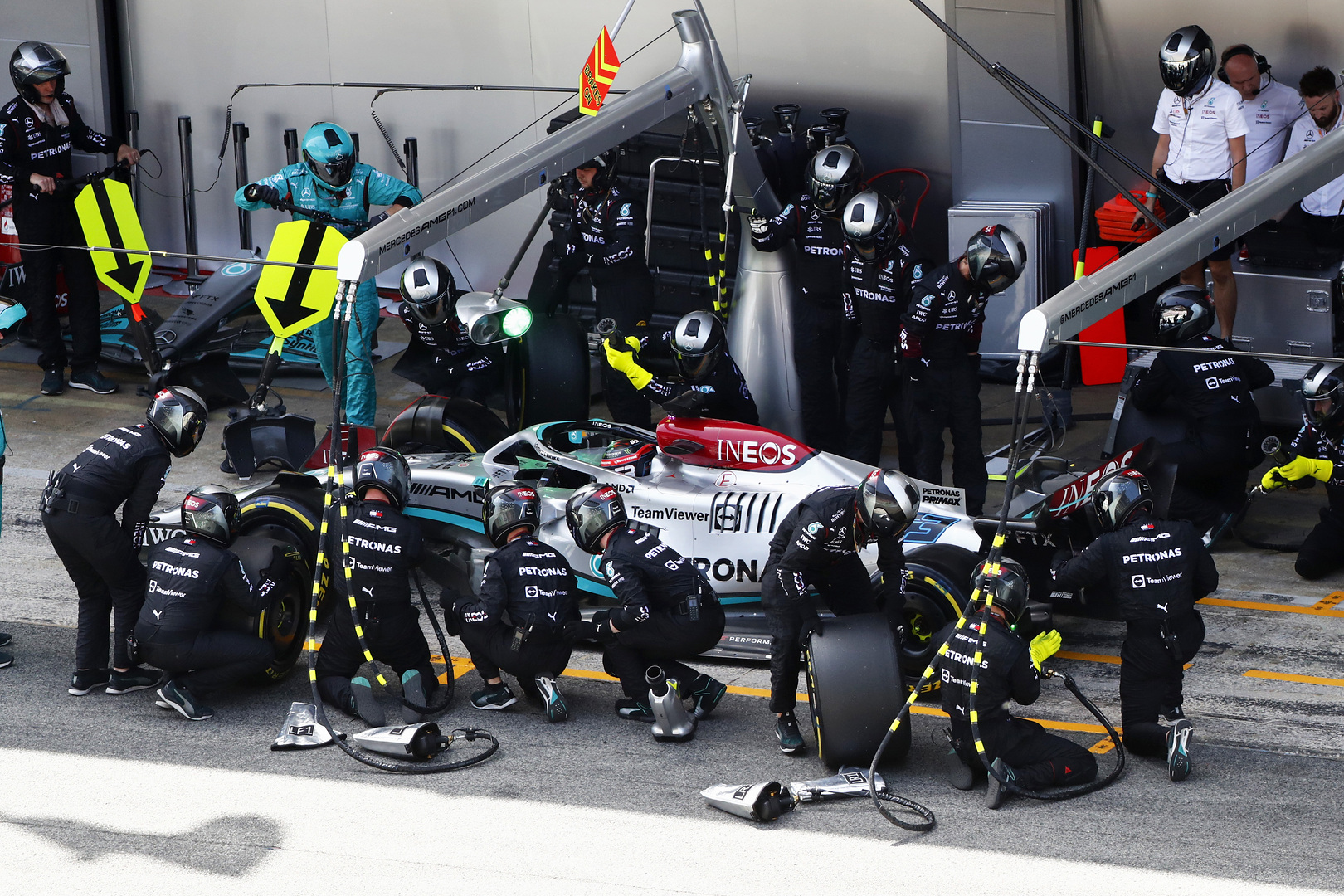 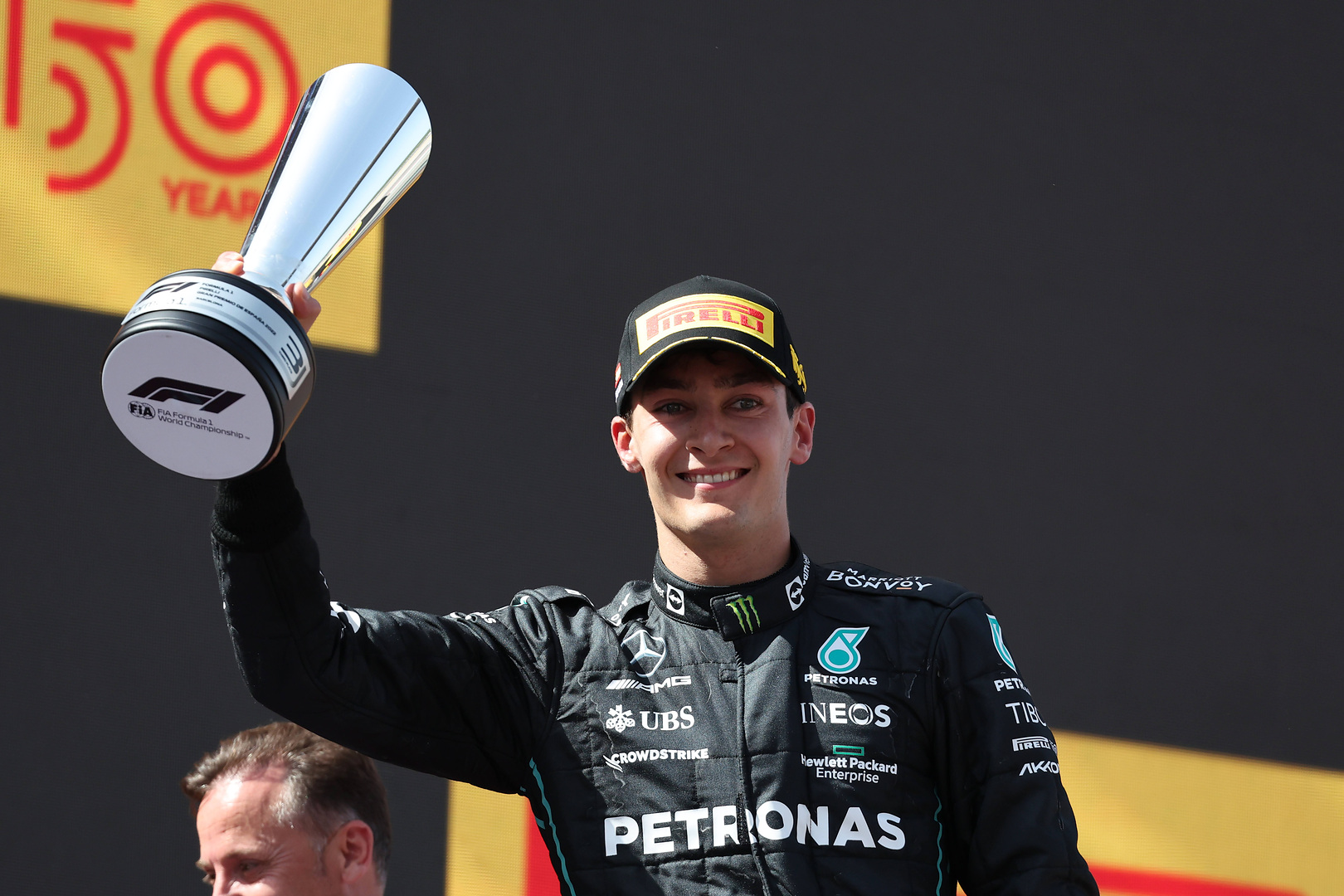 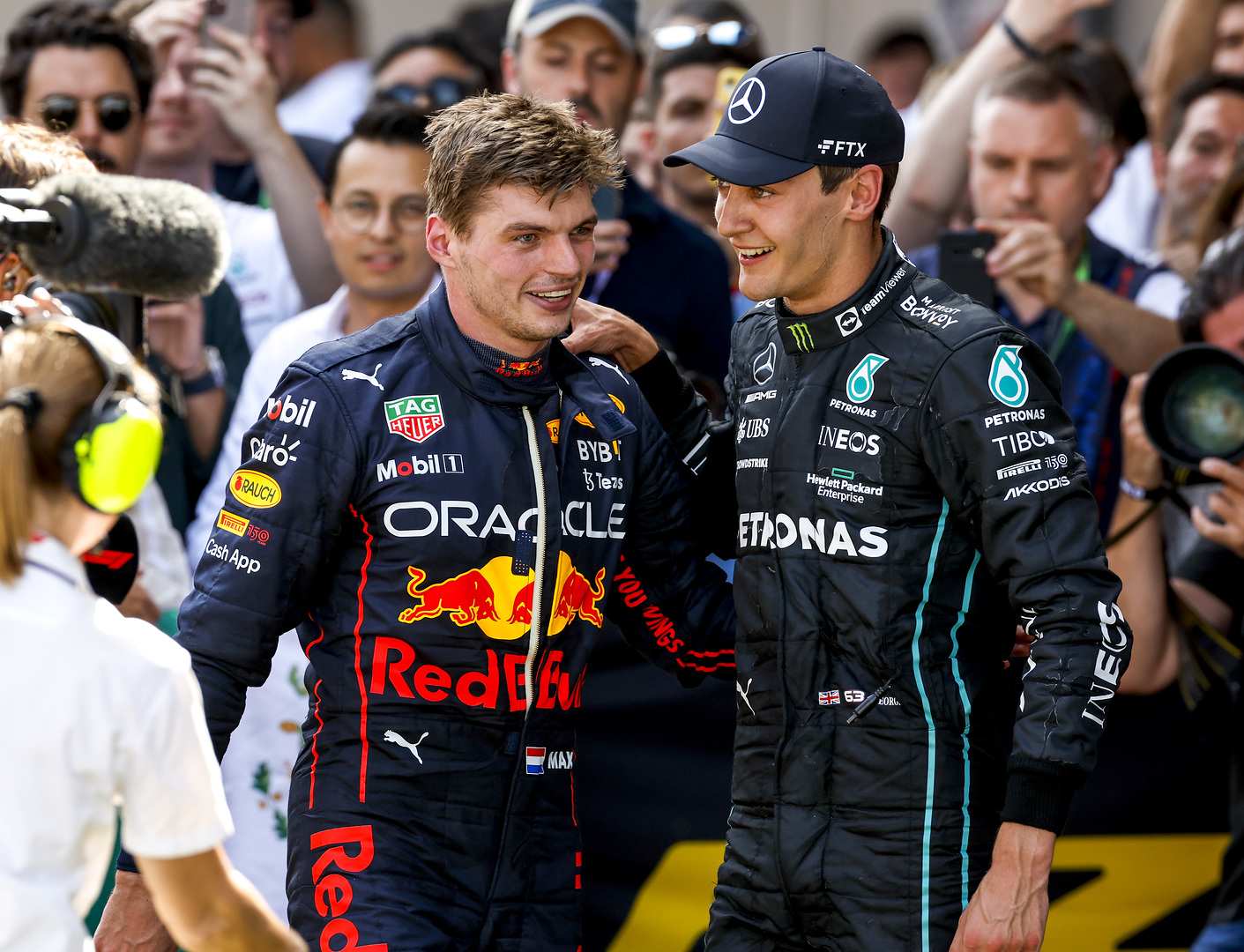