4 Factors that make or break a circuit’s place on the F1 calendar: Formula 1 has come a long way since its inception in 1950. Over the years the sport has evolved from its pioneering, maverick ways centred around danger to a well-oiled global, commercial enterprise, known the world over and embraced by fans, the media, the sponsors involved, and celebrities.

During that time Formula 1 has seen great circuits come and go from its annual March to November calendar (with some variations); many of them judged dangerous by today’s F1 safety standards. The Nordschleife, famous for its tight, twisty 170 corners and the scene of Niki Lauda’s fiery accident in 1976. Clermont-Ferrand, Kyalami, Estoril, Watkins Glen, and Istanbul to name but a few. All came and went.

But despite being great, the majority of these circuits never returned as venues for the pinnacle of motorsport. This is largely explained by the transformation of Formula 1 into well-organised business operation, generating income from TV revenues, sponsorship and race hosting fees, and the tragic lessons learnt from the deaths of past F1 drivers such as Jim Clark, Ronnie Peterson, Gilles Villeneuve, and Ayrton Senna.

Now, circuit owners are expected to live up to the highest of standards in terms of racetrack safety, modern, life-saving medical facilities, and hospitality areas that deliver unique experiences to fans and corporate guests. Failure in any of these areas can lead to the disappearance from the calendar so, gaining a coveted place in the Formula One season has never been harder.

This article looks at these 4 factors more closely and uncovers the challenges faced by circuit owners in becoming a regular venue for an F1 race.

Races like the Abu Dhabi, Chinese, and Bahrain Grands Prix enjoy substantial financial backing from governments, whilst others such as the British Grand Prix rely on private backing. This makes substantial investments difficult and explains why some events have disappeared from the F1 calendar. One example was the Indian Grand Prix, which despite a $500m investment by infrastructure conglomerate, the Jaypee Group, in the construction of the Buddh International Circuit, the event only lasted 3 seasons. This was largely due to absence of support from the Indian Government, falling attendances and a tax dispute, which led to $51.3m in unpaid hosting fees.

This illustrates how money is the single most important factor as without it, meeting the high standards demanded by F1’s regulations would be difficult. The development of safety features in and around the circuit, and state-of-the-art medical and paddock facilities requires hundreds of millions of pounds in investment. On top of that, circuit owners need to pay hosting fees, which according to Forbes averaged at £22.9m ($28.7m) in 2019.

In 2020, the sport’s owners, Liberty Media, were set to further increase hosting fees, but decided to either cut or waive them due to the COVID-19 pandemic and the subsequent cancellation of many races. However, once the crisis has passed, fee increases will not be delayed forever and with more and more racetracks entering the F1 calendar, boasting ultra-modern paddock and hospitality complexes, circuit owners will be increasingly under pressure to invest in the improvement of their facilities.

The Abu Dhabi Grand Prix at the Yas Marina Circuit is a case in point and has set the bar for many circuits. Government-owned, the circuit was constructed at a cost of £800m ($1.073bn) and includes the spectacular Yas Hotel, which bridges over one of the track’s corners and attractions to suit all tastes – a Ferrari World theme park, polo clubs, shopping malls and parkland golf courses.

Old F1 tracks were either surrounded by grass or located in public roads, leaving drivers little room for error. Circuits such as the Nordschleife, the old, longer Spa, Estoril, and Kyalami have been scenes of great races and fatal accidents. But, as a greater emphasis on circuit safety has been placed in recent years, many of these great tracks have disappeared from the calendar.

For example, Brands Hatch was and still is considered to be one of the greatest tracks in the UK, intermittently hosting the British and European GPs between the 1960s and 1980s. But, it is highly unlikely to return to the F1 calendar because of its narrow nature, making it impossible for modern run-off areas to be built – a key requirement of current F1 safety standards.

Today, circuits have to achieve Grade 1 homologation to gain a place in the F1 calendar, which involves meeting the strictest of standards. According to FIA regulations, circuits should be no longer than 7 km and no shorter than 3.5 km. They should also be at least 12 m wide (15 m for the starting grid) and include straights with a minimum length of 1 km and a maximum of 2 km.

More importantly, tracks need to have large run-off areas and access points where marshalls and recovery vehicles can quickly remove stricken F1 cars and rescue drivers. In the case of new circuits, the FIA ensures that they are designed with safety in mind through publishing standards in circuit drawing. The governing body then thoroughly studies computer simulations of new track, evaluating elements such as deceleration zones and the ability of trackside protection to absorb impact. Once the circuit is built it needs to pass a thorough FIA inspection to be granted a Grade 1 licence.

During the first two decades of Formula One’s history, medical facilities were either non-existent or at best rudimentary. Whenever an incident occurred, drivers would often be the ones to rescue fellow competitors from crashes. One noticeable incident happened in the 1966 Belgian Grand Prix when Jackie Stewart ended up trapped in his BRM after hitting a telegraph pole and crashing on to the outside basement of a farm building. Luckily, his teammate Graham Hill and American Bob Bondurant, rescued the fuel-soaked Stewart, after they crashed on the same part of the Spa circuit.

This incident drove Stewart’s campaign to improve all aspects of the sport’s safety, which included the requirement of full-face helmets, fireproof overalls, and the presence of on-site medical facilities. As a result of the tragic deaths that followed and the tireless campaigning by drivers, all F1 circuits must now have hospital-grade medical facilities, a medical helicopter on standby, and a dedicated medical team.

Hospitality for fans and media

One final key factor that helps circuit owners earn a place in the F1 calendar is their capacity to “deliver unique experiences for fans, the media, and corporate guests,” says Jonny Dodge, CEO at GP Management. This means circuit owners need to build venues and facilities that allow teams and businesses to host events that are engaging and exciting. Events that enable fans and sponsors to feel closer to the sport. “These include rooftop galas and parties, offering a lot of broadcast content,” adds Dodge. “For example, at the British Grand Prix, there was ‘Race Week’ where we showcased the sport’s history, linked it with other sports such as cricket and had Stirling Moss as a guest.” 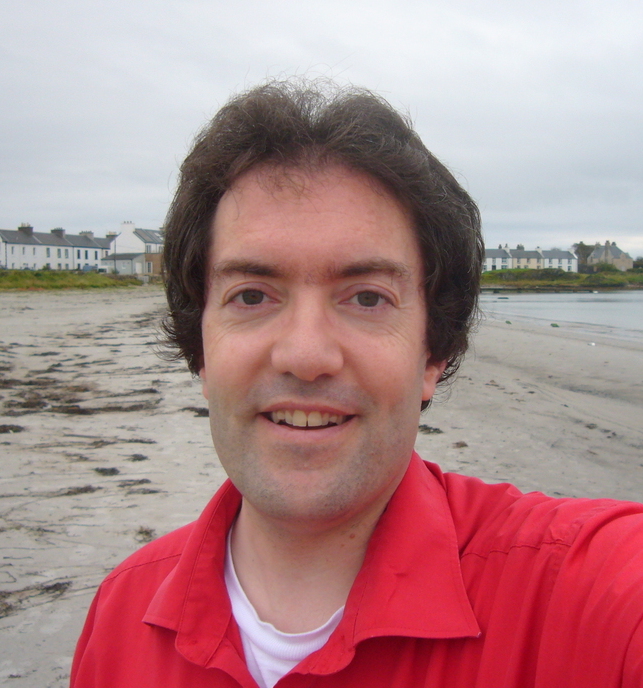 Paul is a long-time Formula 1 fan who has been following the sport since the 1980s. He runs his own copywriting business at www.pjcopywriting.com writing content for the motorsport, luxury watch, HR, and digital health industries.