Fernando’s excellent teamwork, unparalleled experience and racecraft will be strong foundations for Alpine F1 Team’s continued progress. The extension of Fernando’s contract marks another exciting chapter under Alpine, with a first win now under its belt following its sensational Hungarian Grand Prix four weeks ago.

Alpine F1 Team is pleased to announce that two-time Formula 1 World Champion Fernando Alonso will continue in its colours for the 2022 season alongside Esteban Ocon. The extension of Fernando’s contract signals the continuation of an already strong collaboration, fresh off the back of its historic maiden victory at the Hungarian Grand Prix, in which Fernando played a pivotal role.

In just six months following his two-year sabbatical from Formula 1, Fernando has shown equal measures of race craft, guile, and speed. His season-best fourth-place finish at the Hungarian Grand Prix was not only his best result in Formula 1 since 2014 but a display of resilience and skill, which contributed richly to ensuring the team took its first win in Formula 1 under Alpine colours. 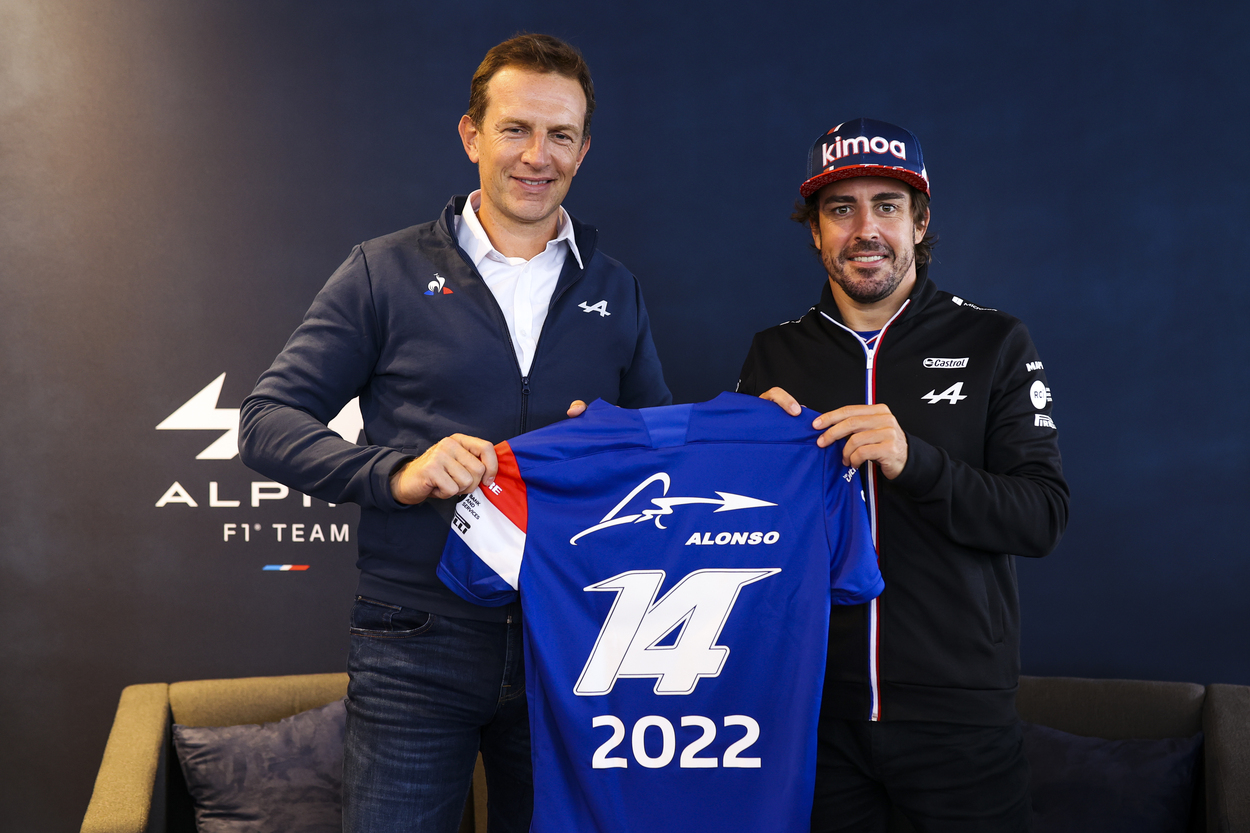 Further still, Fernando put in a stunning demonstration of overtaking acumen in the race restart to the Azerbaijan Grand Prix, with a similarly skilful performance repeated just a month later in Formula 1’s first ever Sprint Qualifying in Silverstone.

With its confirmed driver line-up for 2022, the dynamic driver pairing offers a balance of youth and experience, with Fernando now ranking second on the sport’s all-time race starts list with 322, featuring 32 wins, 97 podiums and two world championship titles with the team in 2005 and 2006.

Coupled with great togetherness and a fighting spirit that has already reaped such rewards, Alpine F1 Team can enter next year with confidence as it aims to seize the new regulation changes.

“We are very pleased to confirm Fernando for next season, partnering with Esteban. For us, it is a perfect driver line-up, amongst the strongest on the grid. It works in a hugely complementary way, with both offering raw talent and speed, yet impeccable team spirit that delivered our first win in Hungary. Fernando has impressed us all since he returned to the sport at the beginning of this year. His dedication, teamwork and focus to extract the maximum from the team is incredible to be a part of and certainly special to witness. His performance in Hungary was another example of his racing pedigree and reminded everyone how skilled a driver he is. 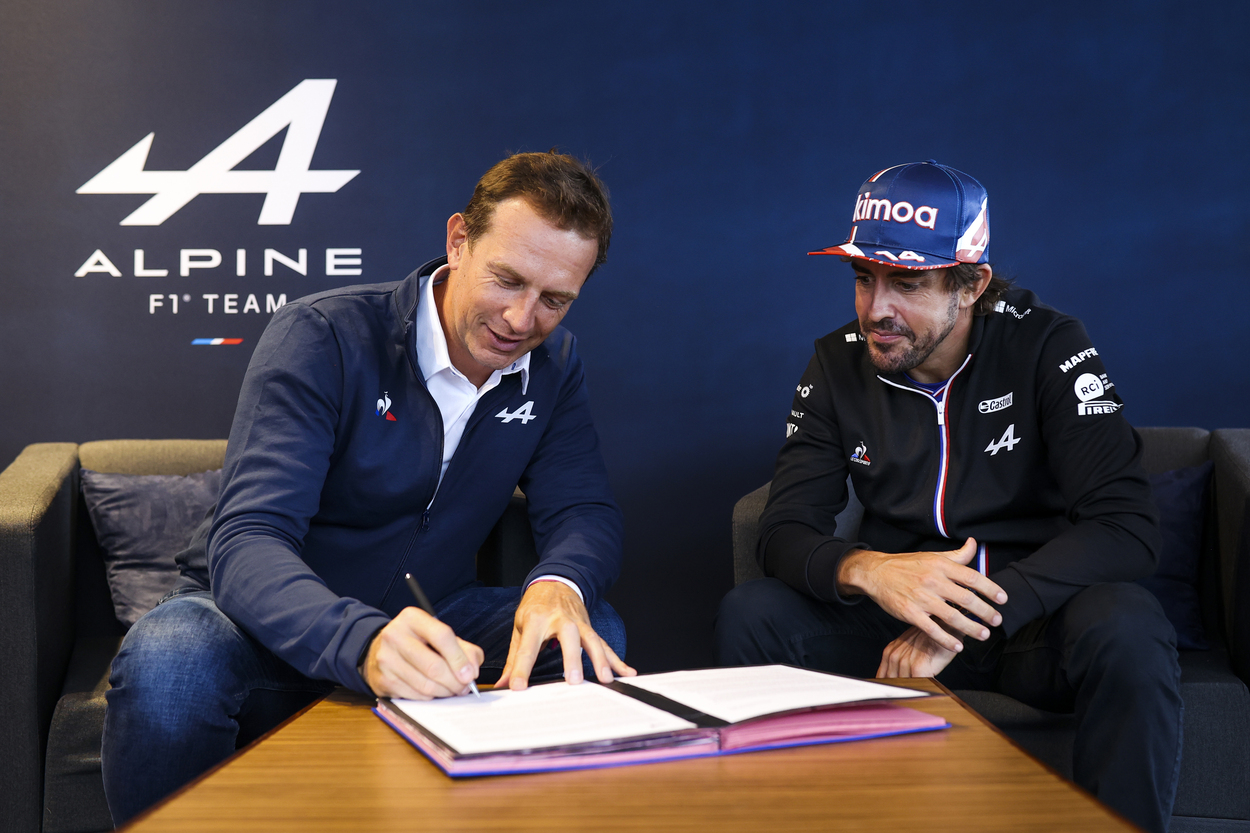 I am convinced we can benefit strongly from Fernando’s insight and experience as we enter the final development and optimization phase of the 2022 chassis and power unit. He is just as hungry as we are for success and is putting in every effort to translate it to performance. For now, however, we now need to focus on delivering a strong second half of the year, extract the maximum at every race and ensure we finish as high up in the constructors’ standings as possible. This will put us in a golden position for next year and the significant opportunity it brings.”

“I’m very happy to confirm the contract extension with Alpine F1 Team into 2022. I felt at home the moment I returned to this team and have been welcomed back with open arms. It is a pleasure to work again with some of the brightest minds in our sport at Enstone and Viry-Châtillon. It’s been a tricky season for everyone, but we’ve shown progress as a team and the result in Hungary serves as a good example of this progression. We’re targeting more positive memories for the rest of this season but also crucially from next year onwards with the new regulation changes coming into Formula 1. I have been a big supporter of the need for a level playing field and change in the sport and the 2022 season will be a great opportunity for that. I am looking forward to the rest of this year and racing alongside Esteban in 2022 for Alpine.” 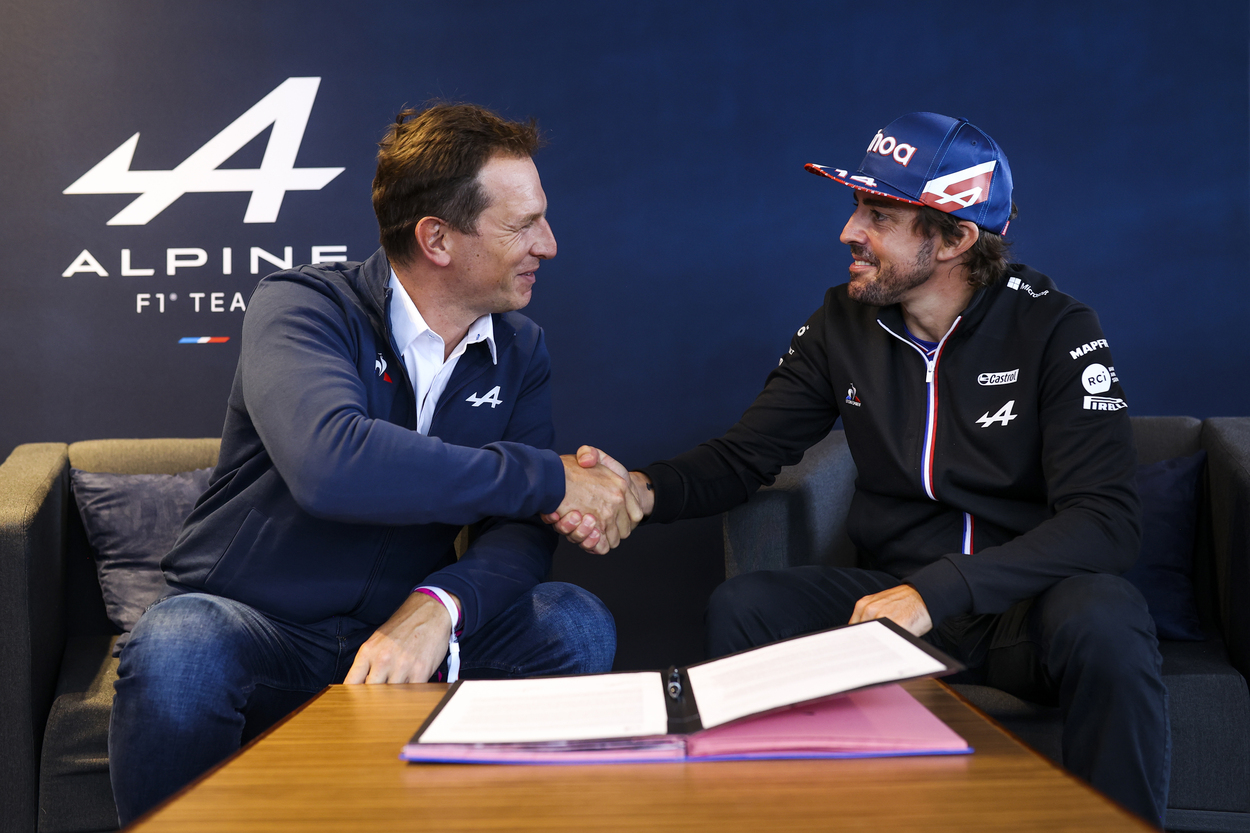