Asprey and Formula 1 come together

Formula 1 has announced a special collection with Asprey, the iconic British luxury goods House, to celebrate the sport’s exciting new era, with a new car and rules and regulations introduced in 2022.

Asprey’s house artisans have crafted the most exalted symbols of achievement in sport – for the Premier League and the UEFA Cup, as well as The Derby Stakes and Wimbledon Championships and other elite sporting events. Now, it is set to celebrate, for posterity, a development which Fédération Internationale de l’Automobile’s Nikolas Tombazis has referred to as “Arguably the most important change in the sport’s history”.

Much like Formula 1, Asprey, which is celebrating its 240th anniversary this year, has a history steeped in innovative design and creation and has long been associated with the world of motorsport, having famously partnered with Ferrari’s F1 team in the late 1990s for a premium collection of silver, gold and leather pieces. Asprey’s remarkable heritage also includes restoring some of the world’s most prestigious sporting trophies.

This new collaboration follows the launch of the new 2022 F1 car, which was unveiled at Silverstone ahead of the 2021 Formula 1 British Grand Prix, as F1 begins the next chapter of its illustrious history. The exclusive collection is inspired by the design of the new 2022 car and includes sterling silver replica and sculptural models in 25cm, 18cm and 10cm sizes, as well as a range of small silver goods and silk products. Fine jewellery items including cufflinks, bracelets, charms, and signet rings are set to launch later in the autumn.

All items are Asprey Hallmarked and dual-branded with the official trademark of F1 and are available throughout Asprey’s international stores and their website.

Asprey and motorsport have evolved, and passed through modern history, concurrently. It was in 1862 – the year that Alphonse de Rochas invented the first single-cylinder combustion engine – that Asprey was granted its first ever Royal Warrant by HRH Queen Victoria. As thundering around Europe’s winding thoroughfares tracks became an increasingly prestigious hobby in the 20s and 30s, Asprey was going through an art deco golden age encapsulated by cocktail trays and decanters that spark passionate bidding wars at auctions today. While Niki Lauda was bossing the bends in Monaco, Belgium and Sweden in the Summer of ’75, Asprey had just received the Queen’s Award to Industry by HRH Queen Elizabeth. 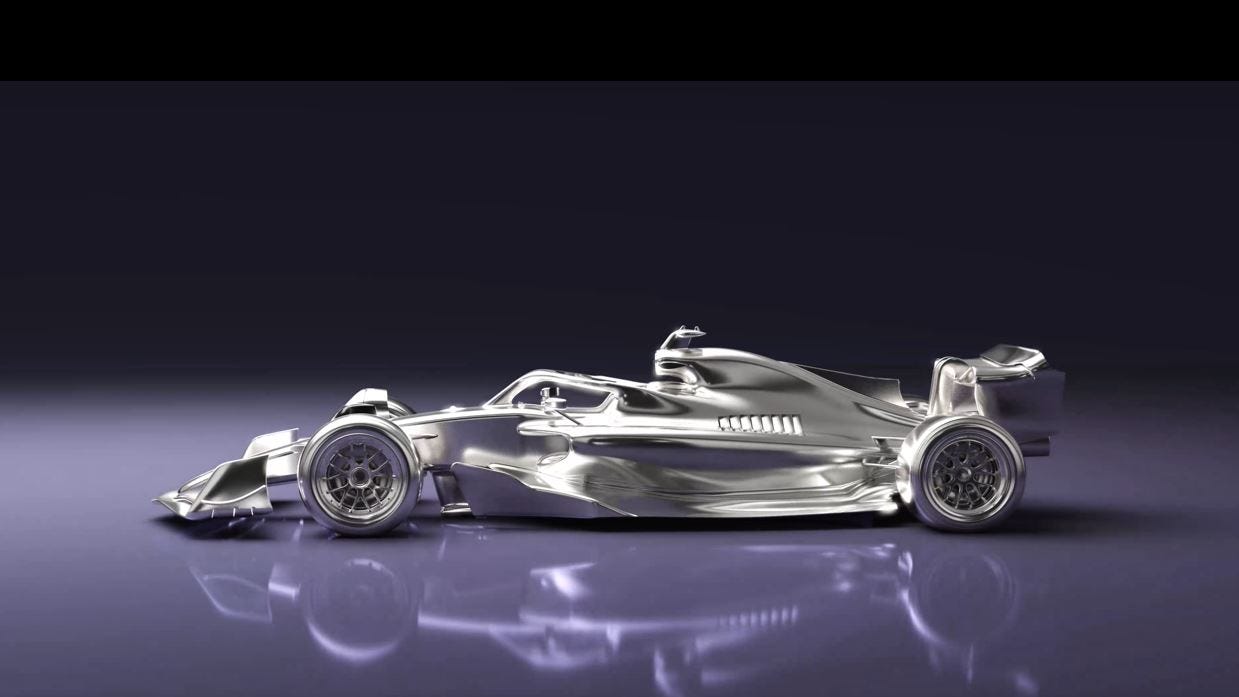 This is not the first time the paths of Asprey and Formula 1 have converged: in the late 90s, Asprey held a partnership with Ferrari’s Formula 1 team, the results of which are highly coveted amongst collectors of objets d’art who harbour a fondness for either brand or both. It’s a safe bet that the fruits of this new collaboration – a milestone, not only for the most prestigious motor racing competition in history but for a 240-year-old heritage brand that sits at the pinnacle of British luxury – will be sought after just as hungrily in decades to come.

“We’re delighted to be collaborating with Asprey on this new collection to celebrate the launch of the F1 2022 car and the exciting new era of our sport. Whilst we look forward to the future of F1, with even more action-packed racing next season and beyond, it’s important to acknowledge the heritage and history that connects our brands, as we bring fans something special to commemorate the moment.”

“Asprey is thrilled to be collaborating with Formula 1. Our designers and artisans have created a beautiful collection of silver, silk and jewellery pieces that captures the essence of modern Motorsport especially so at a time of the introduction of the revolutionary new car featuring enhanced aerodynamics and philosophy of environmental sustainability”.