With anticipation building for almost 12 months and a monumental amount of work undertaken behind the scenes, Aston Martin is back in Formula One. The new era has officially begun.

Aston Martin finally reveals the first look at the new identity while setting out a vision for the journey ahead. And what better way to begin the new age than by welcoming a new title partner, Cognizant, an American multinational IT brand with ambitious plans to broaden its global reach.

The team will be known as Aston Martin Cognizant Formula One™ Team when it lines up on the starting grid for the new season. 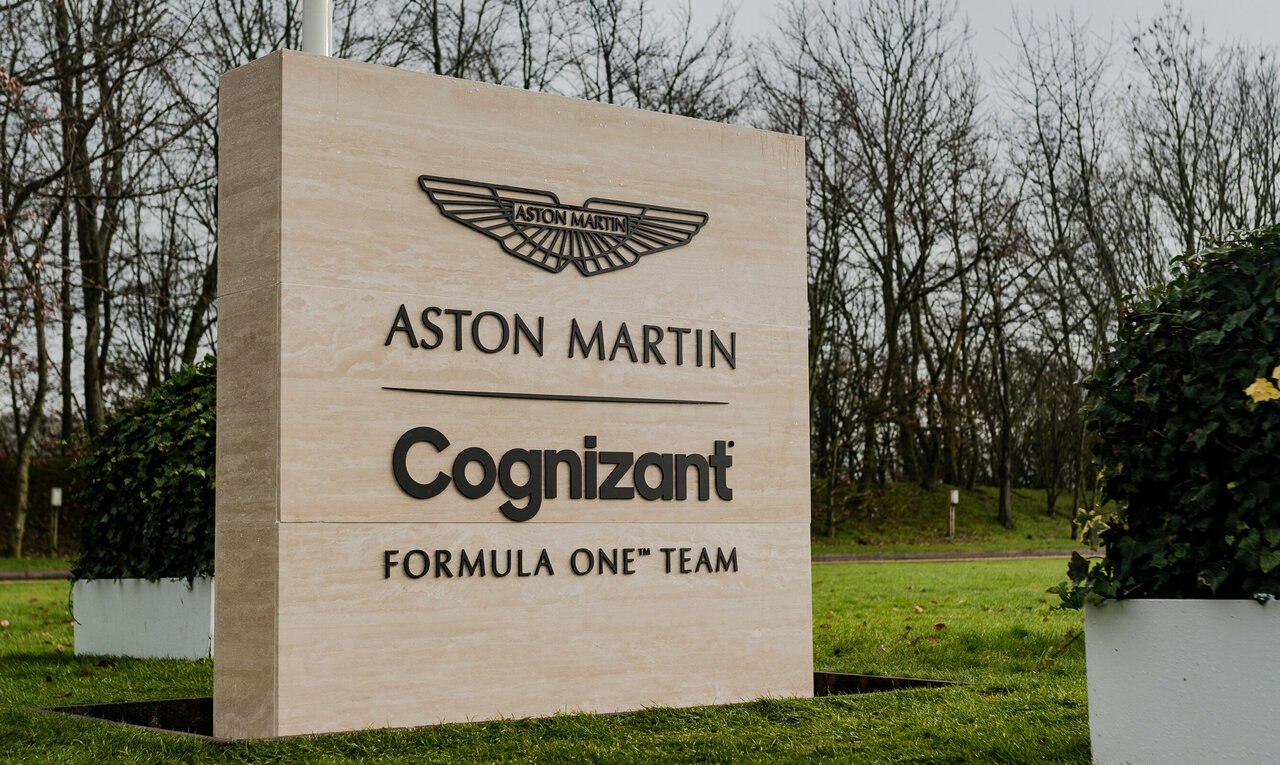 In a sport where technology and innovation take centre stage, Cognizant will play a key role, not merely as a sponsor, nor even as a behind-the-scenes service provider, but as a true digital transformation partner with a real purpose. The multi-year association brings real energy to the new era of Aston Martin in Formula One with Cognizant ideally placed to empower the team with the best IT infrastructure and software solutions on the market.

Today’s news coincides with the first elements of a brand-new website going live and facelifts to the team’s social media channels, with greater insights than ever before coming soon to the official Aston Martin Formula One™ Team Instagram Twitter, Facebook, YouTube, TikTok and LinkedIn channels.

Over the coming weeks, the team be taking you behind the scenes allowing everybody to share in the excitement of seeing the first Aston Martin to race at a Grand Prix weekend in more than six decades.

In March, the team will be unveiling a car livery to the world at Aston Martin’s global HQ in Gaydon, including the introduction to driver line-up, featuring four-time World Champion Sebastian Vettel and multiple Grand Prix podium finisher Lance Stroll. 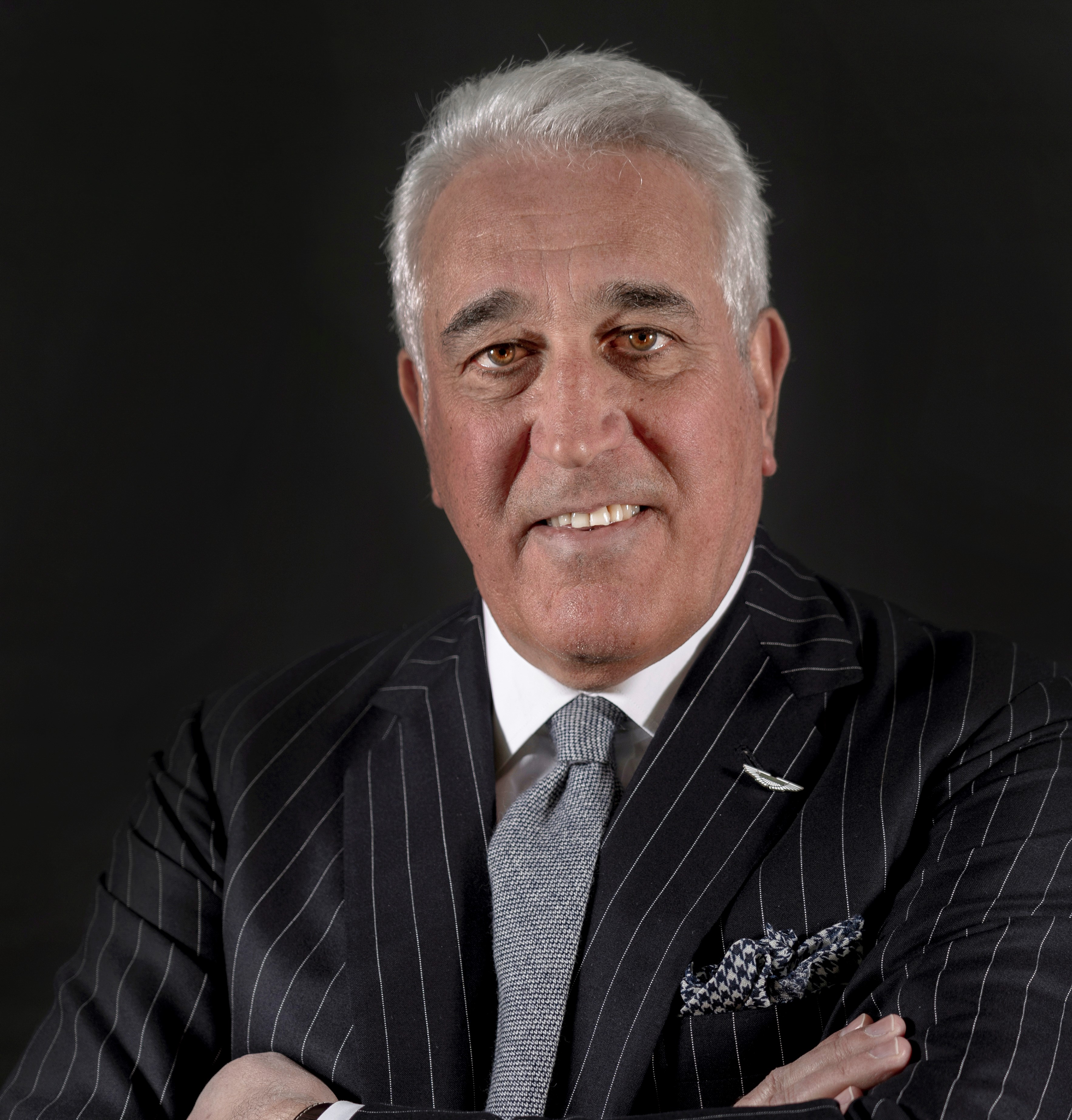 Lawrence Stroll became Executive Chairman of Aston Martin Lagonda in April 2020 after leading a strong investment consortium to take a shareholding in the Group.

“The return of Aston Martin to Formula One after more than 60 years away is a landmark moment in the history of the sport. Everyone knows what Aston Martin stands for, but the Formula One team will allow us to take the essence of the brand to new places, building on the strong foundations laid by the previous iterations of the team. I’m hugely proud that we can start this new chapter with the support of Cognizant. In today’s world, as the digital revolution continues, I can’t think of a more suitable or valuable partner to work with us as we strive to make Aston Martin one of the greatest teams in the sport.” 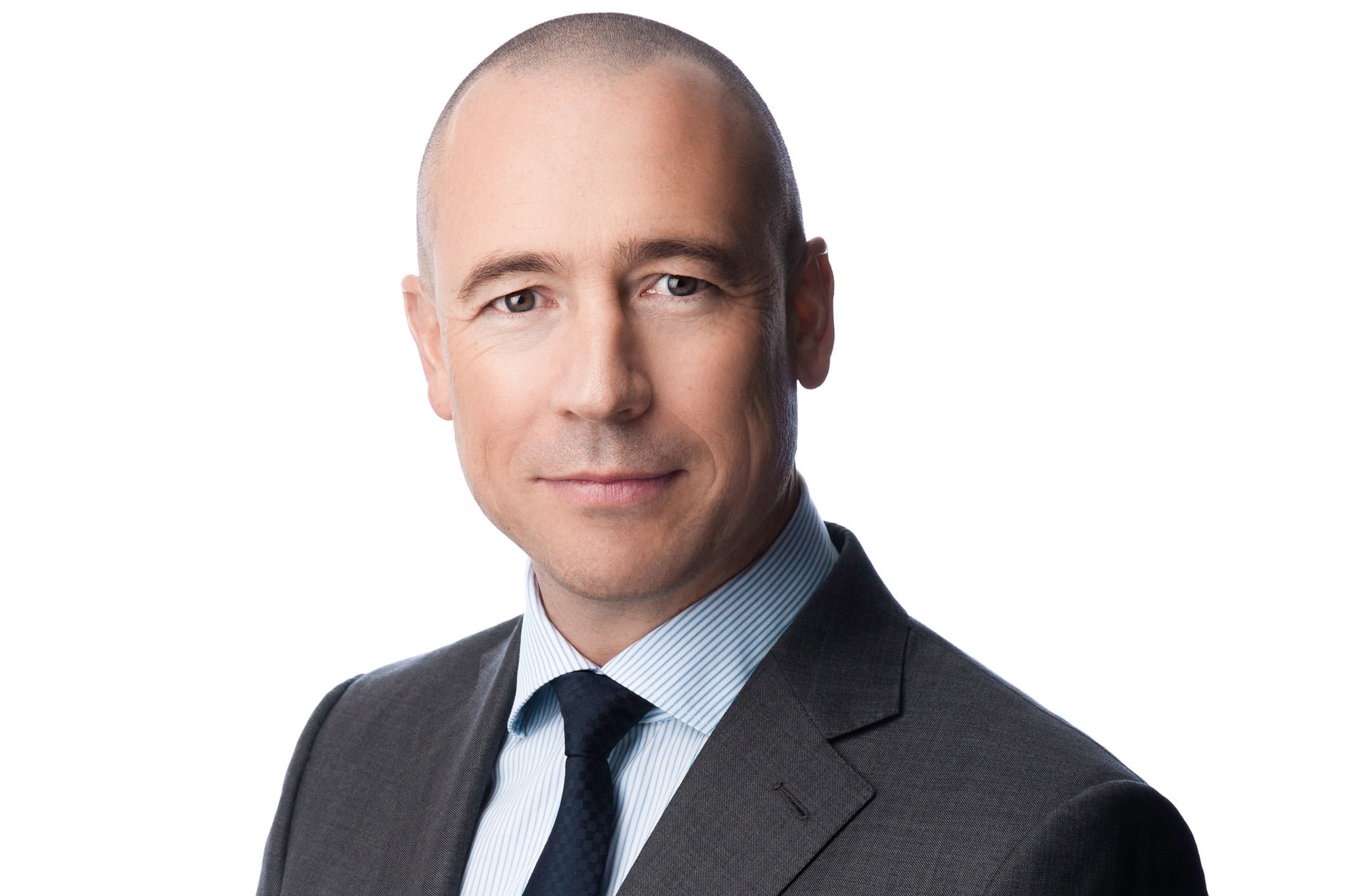 Brian Humphries is the Chief Executive Officer of Cognizant. In his role as CEO, Brian sets the strategic direction of the company, promotes Cognizant’s client-first culture and focuses on ensuring sustainable growth and driving long-term shareholder value.

“We are absolutely thrilled to be the title partner of Aston Martin Cognizant Formula One™ Team. Our global brands have much in common. We are both innovative, forward-looking firms that like to move fast, stay focused, and lead from the front. We understand the incredible power of today’s advanced technologies and how to harness them to engineer unique customer experiences. We’re excited by the promise of this deep and mutually beneficial partnership.”

Otmar Szafnauer, CEO & Team Principal, Aston Martin Cognizant Formula One™ Team:
“We’re just two months away from the start of the season, so it’s fantastic to celebrate the new era of Aston Martin in Formula One by welcoming Cognizant as our title partner. Innovation and technology are central pillars for any Formula One team and this long-term partnership is more than just a branding exercise. With a new factory already under construction, Cognizant’s expertise and resources will add value to all areas of our IT operations and make a valuable contribution to our performance on the track.”

Jefferson Slack, Managing Director – Commercial & Marketing, Aston Martin Cognizant Formula One™ Team:
“This is a really special moment as we welcome Cognizant as the primary partner of the Aston Martin Formula One™ Team. As we take this iconic brand back to the pinnacle of racing, it’s hugely motivating to have the support of a true powerhouse in Cognizant, a Fortune 200 company with nearly 300,000 employees. It’s a multinational that’s making a real impact across the globe with the great vision from Brian Humphries and the senior leadership team. Cognizant will be integral to our future success and a partner in the truest sense unleashing its capabilities as a digital transformation agent. Like Aston Martin, it’s a company with aggressive targets and ambitions, and will flourish in the global spotlight of Formula One.” 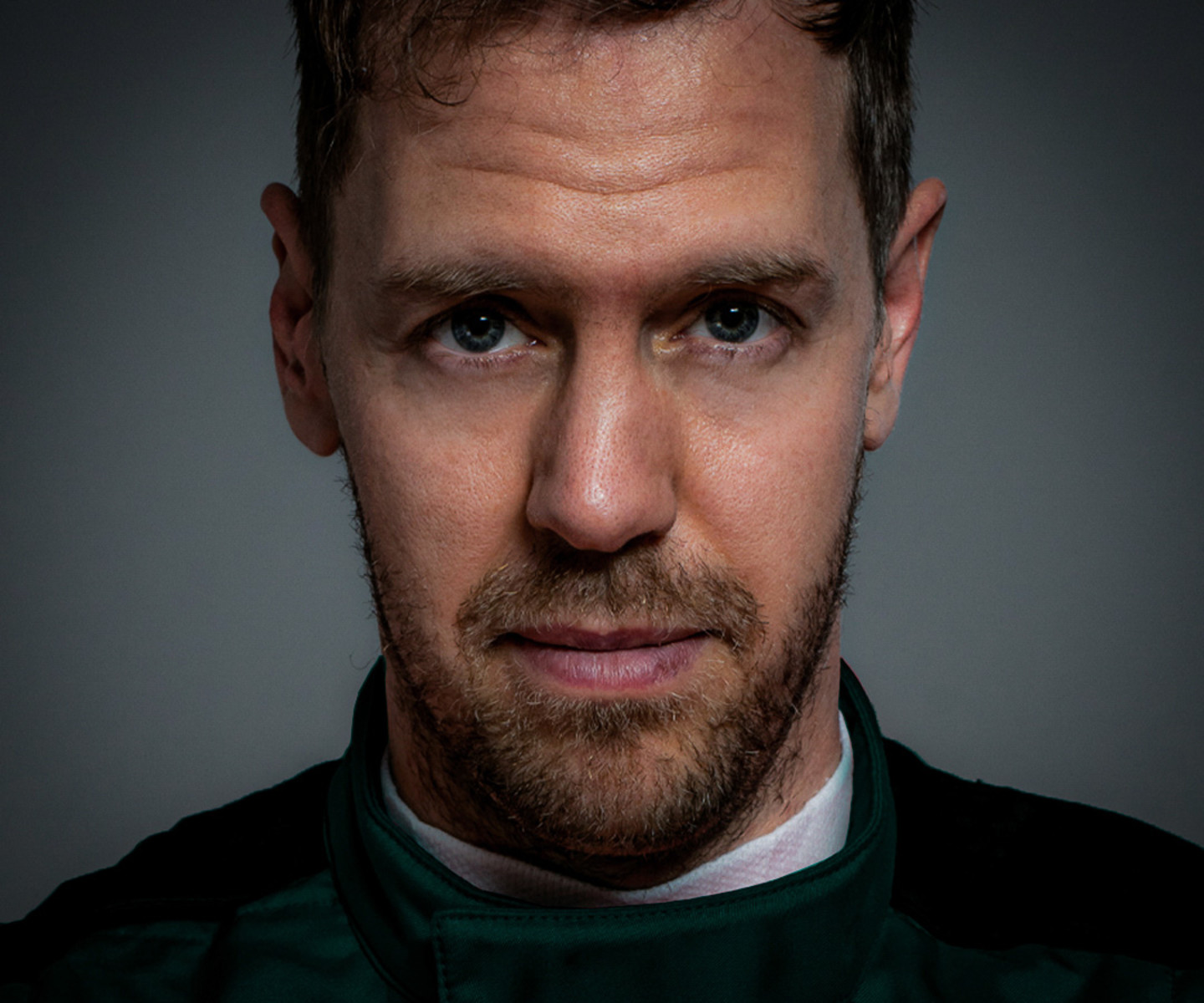 “I can’t wait to start working with Aston Martin Cognizant Formula One™ Team. There’s so much for me to discover over the next few months and I’m incredibly determined to help make this team even more successful. Before we know it, we will be at the first race, seeing this famous name back where it belongs. I’m proud to be part of this journey.”
Lance Stroll, Aston Martin Cognizant Formula One™ Team, Driver: 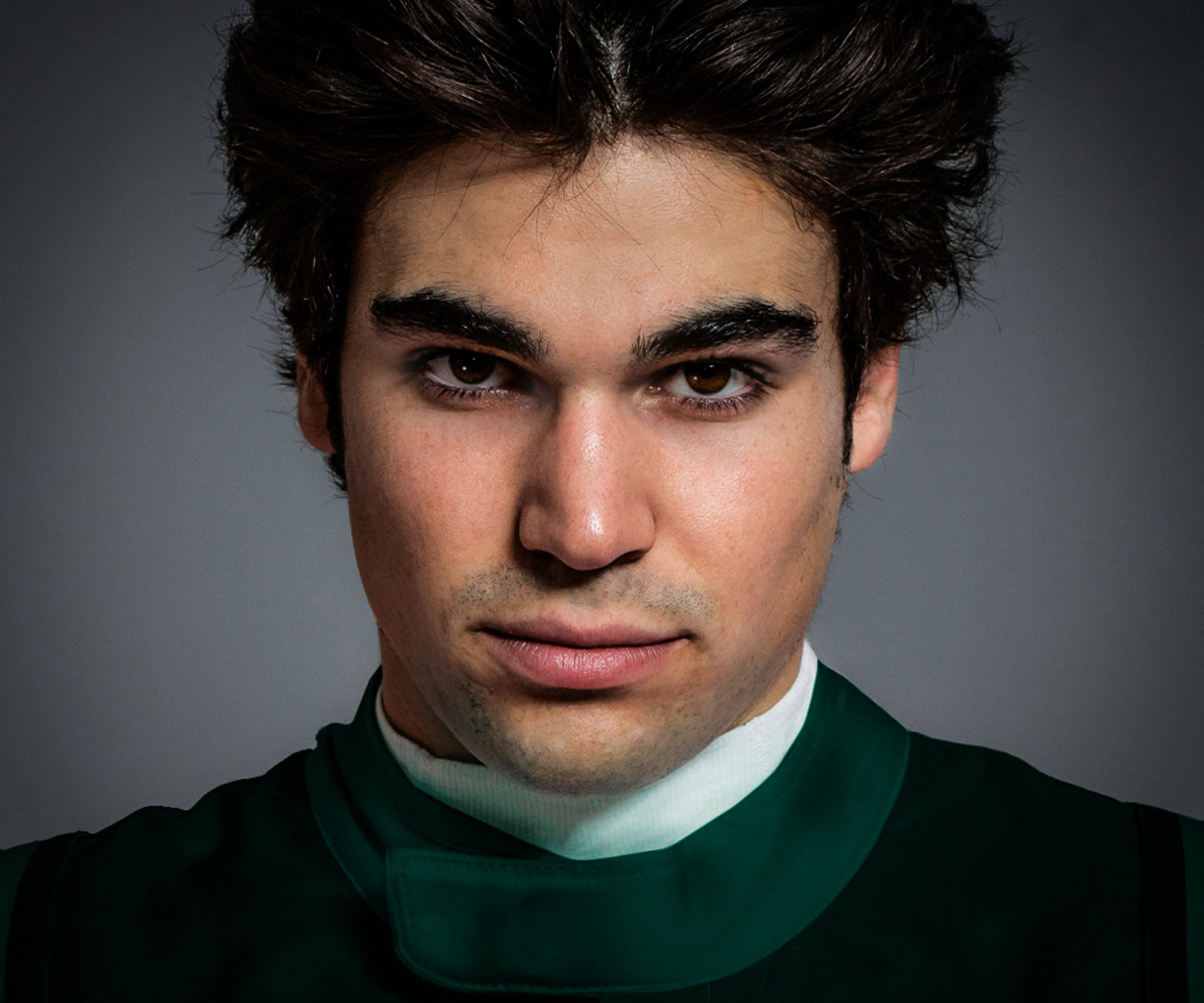 “Seeing Aston Martin back in Formula One is a huge deal – especially with a new title partner, Cognizant. Whenever I’m at the factory, you can feel the buzz and energy. We’re ready for this. There’s so much hunger in the team and I just can’t wait to get the season started.”
About Cognizant:
Cognizant (Nasdaq-100: CTSH) is one of the world’s leading professional services companies, transforming clients’ business, operating, and technology models for the digital era. Our unique industry-based, consultative approach helps clients envision, build, and run more innovative and efficient businesses. Headquartered in the U.S., Cognizant is ranked 194 on the Fortune 500 and is consistently listed among the most admired companies in the world

About Aston Martin Cognizant Formula One™ Team
After more than 60 years away from Formula One, Aston Martin returns to Grand Prix racing in 2021. With one of the most iconic emblems in the world emblazoned above the garages and a team of over 450 passionate men and women at its heart, this is a team with both a rich heritage and a fresh perspective – bringing new energy to the sport with a determination to shake up the order and compete at the sharp end.

A growing family, where like-minded people from all walks of life are encouraged to be a part of our journey and given a platform to thrive, our mission is to use the global platform of motorsport to engage a new wave of fans – showcasing the technology and innovation which live at our core while representing the values that resonate with the changing world in which we live.