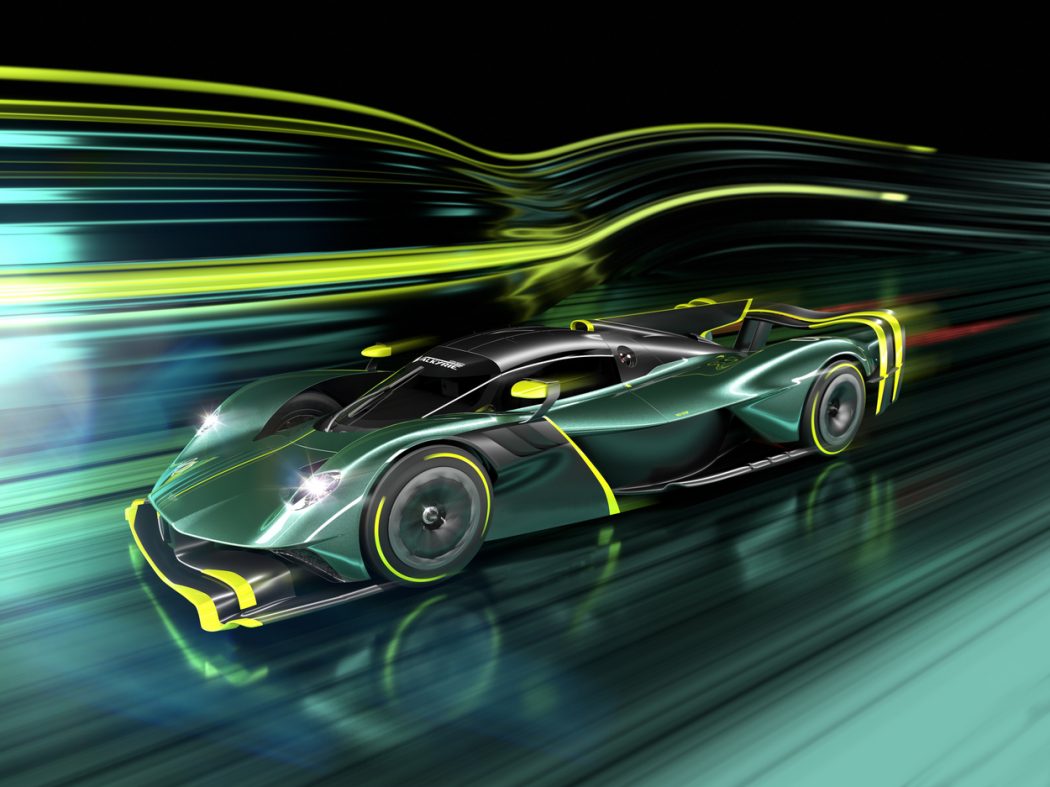 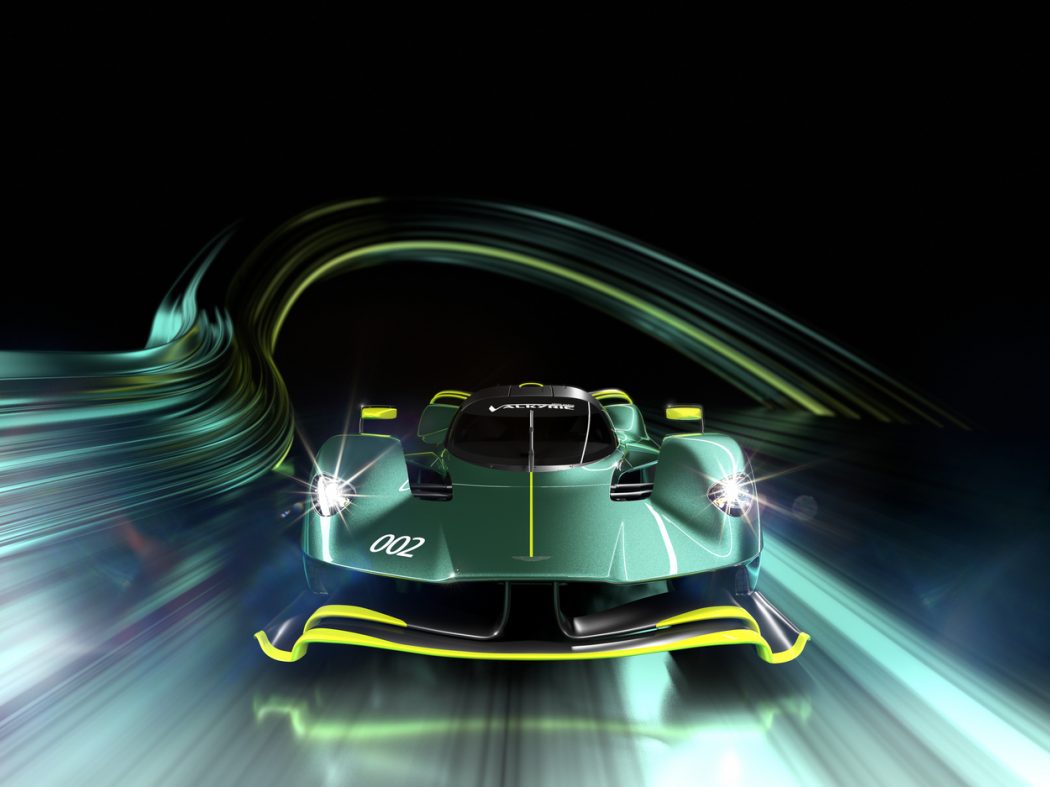 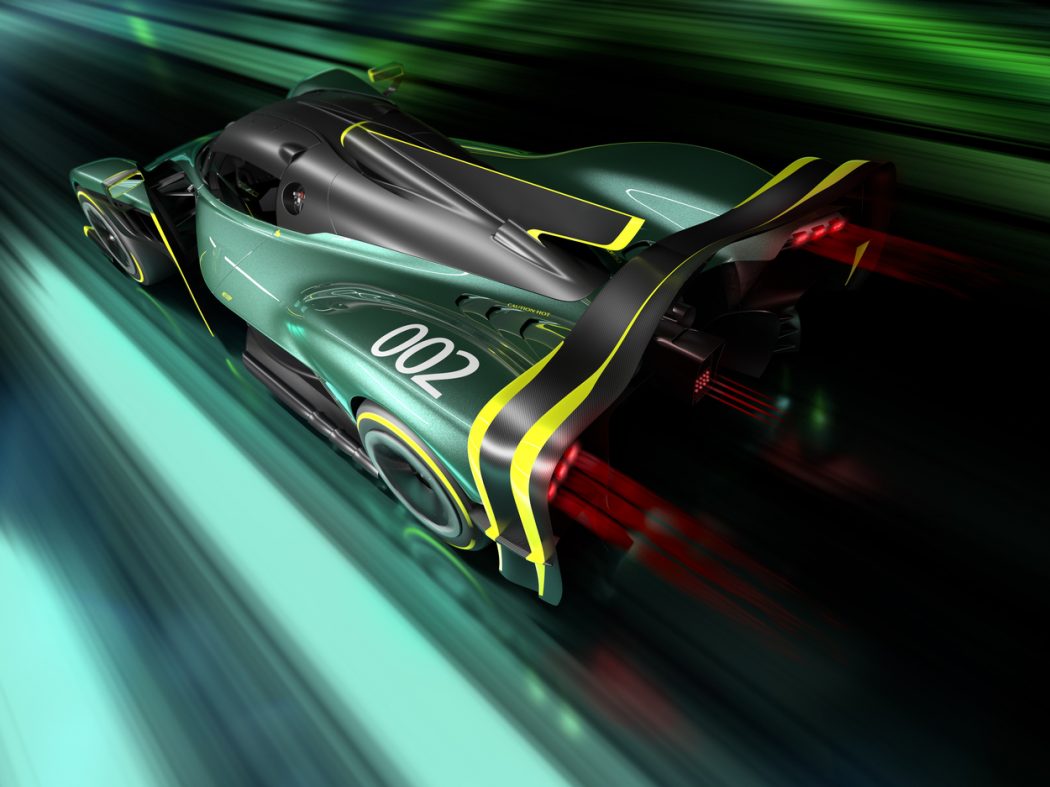 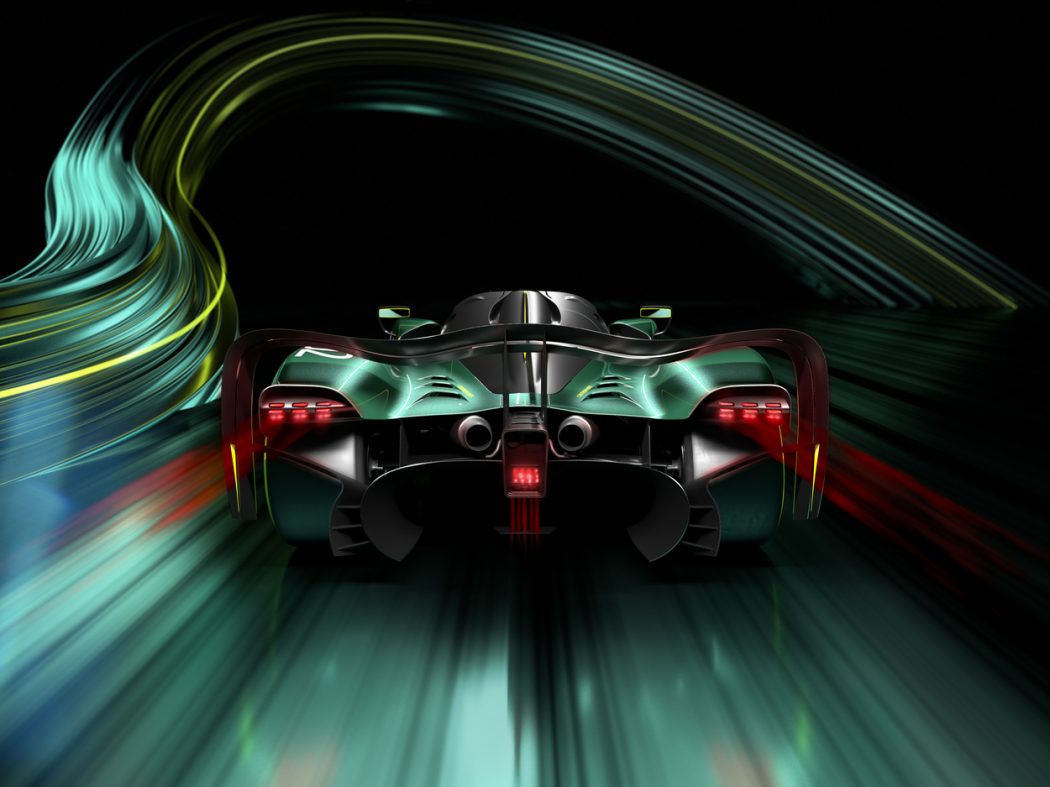 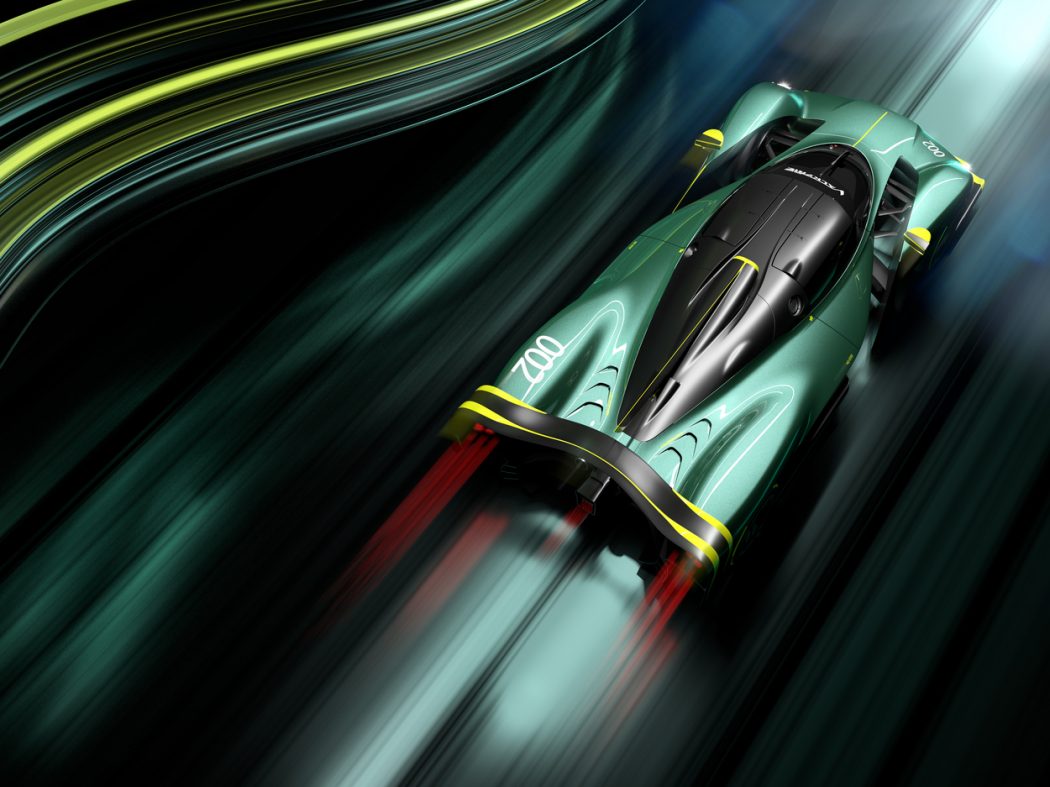 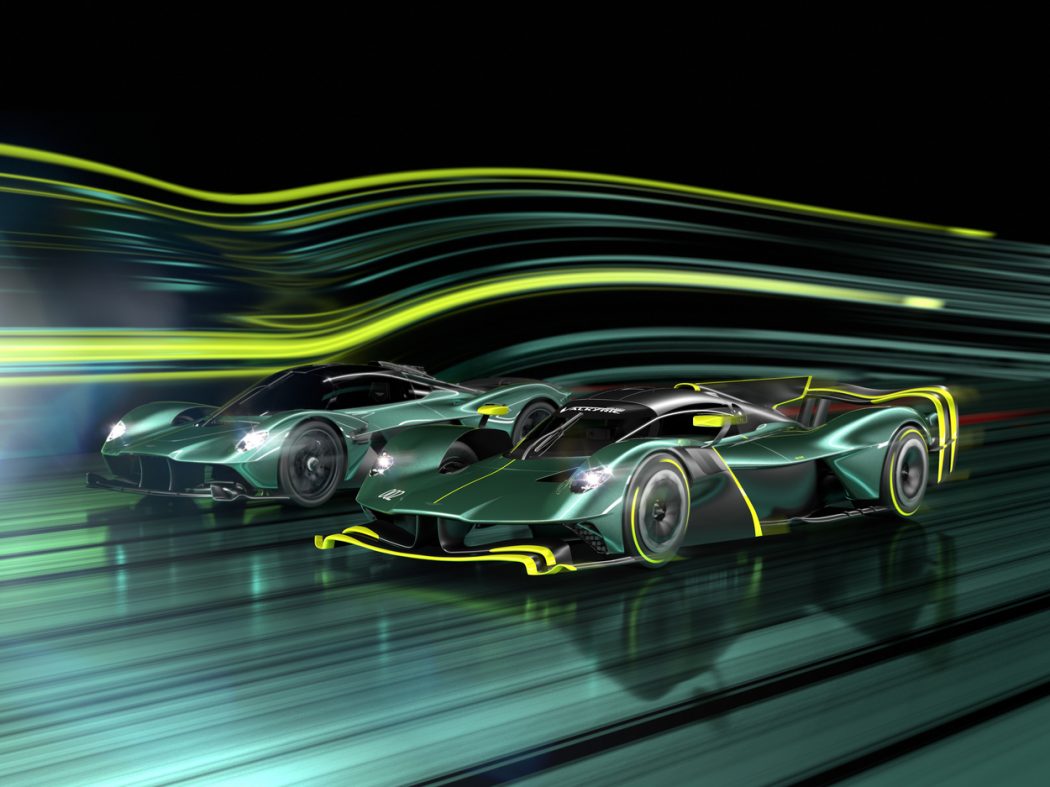 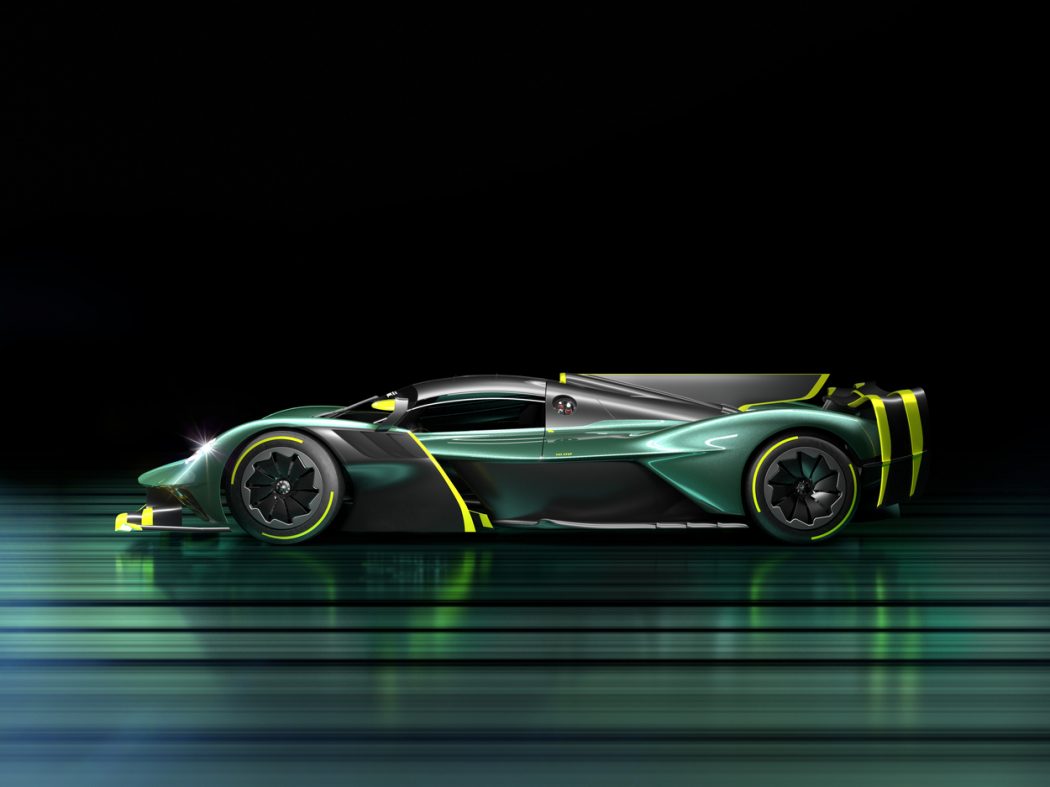 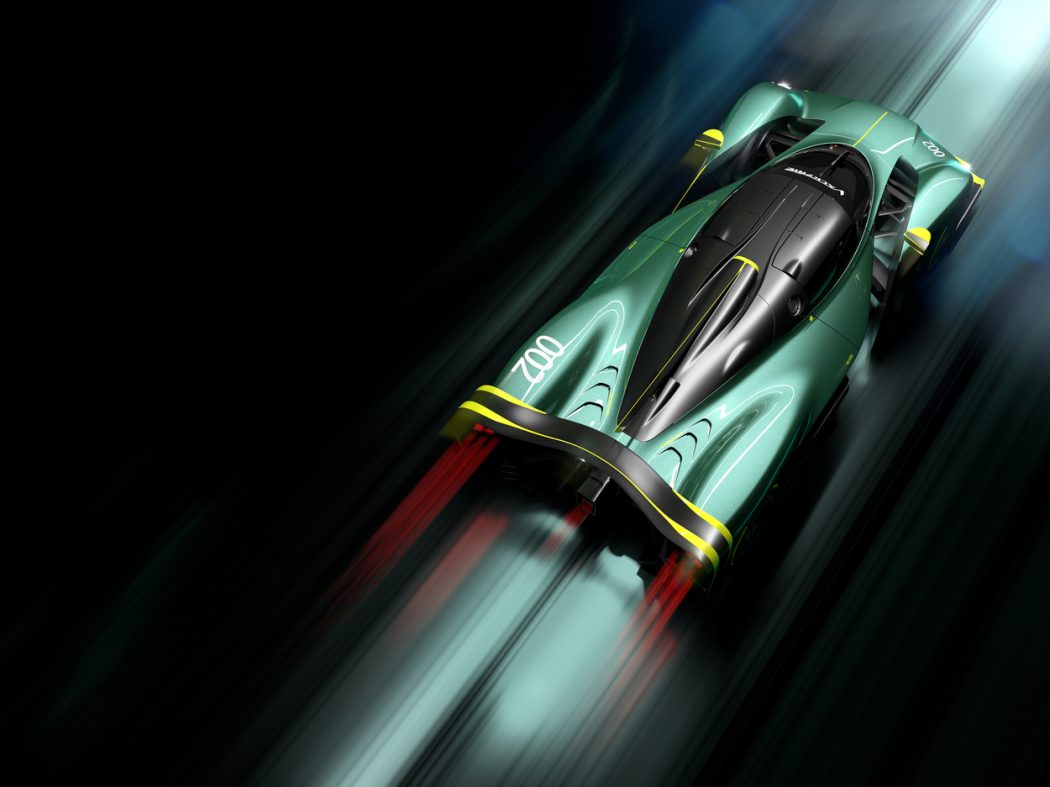 First came the revolutionary Aston Martin Valkyrie road car. Now comes the radical evolution, in the sensational form of the new Valkyrie AMR Pro: a machine that takes a car designed to win the Le Mans 24 Hours as its starting point, then pushes further to explore extremes of performance unconstrained by racing regulations or registration for road use.

In 2019, Aston Martin, Adrian Newey, Red Bull Advanced Technologies (RBAT) and engineering partner Multimatic worked intensively on an Aston Martin Valkyrie race car design, aimed at winning the 24H Le Mans race in the new Hypercar class. That well-advanced design has now formed the basis of the radical new Valkyrie AMR Pro. You can even match and personalise your car floor mats by your vehicle registration.

Where the original concept proposal – first seen at the 2018 Geneva Motor Show – was very much an exercise in squeezing as much performance from the road-legal Valkyrie platform, the new Valkyrie AMR Pro benefits from the Le Mans project’s pure, race optimised chassis, aerodynamic and powertrain developments. Moreover, with its design and performance freed from race rule constraints, the AMR Pro’s capabilities now exceed those of the machine designed to challenge for outright victory in the Le Mans 24 Hours.

Continuing the technology partnership with Red Bull Advanced Technologies (RBAT), the Valkyrie AMR Pro is a car of unprecedented potency and mind-blowing capabilities. It uses a unique version of the Valkyrie chassis which is 380mm longer in wheelbase and 96mm wider in track at the front; 115mm at the rear. Valkyrie AMR Pro also features an aggressive aerodynamic package that adds an additional 266mm in length, and thanks to the mastery of underbody and overwing airflow, generates extraordinary levels of downforce. Comfortably delivering twice the amount of downforce than the Valkyrie road car, the Valkyrie AMR Pro will achieve lateral acceleration of more than 3G.

In the pursuit of the lightest weight and fastest lap times, Valkyrie AMR Pro relies solely on a modified version of the sensational Cosworth-built 6.5-litre naturally aspirated V12 engine. Revving to 11,000rpm, this masterpiece of internal combustion is on target to develop 1000bhp. Weight savings will come from the deletion of the battery-electric hybrid system, plus a host of other weight-saving measures, including ultra-lightweight carbon fibre bodywork, carbon suspension wishbones and Perspex windscreen and side windows. Together with an aerodynamic efficiency that exceeds Le Mans Hypercar regulations, the Valkyrie AMR Pro promises track performance approaching that of a Formula 1® car.

The Valkyrie AMR Pro is a testament to Aston Martin’s commitment to pure performance and this performance DNA will be evident in our future product portfolio.

More details of the Valkyrie AMR Pro’s specification and performance will be released later this year but with a target lap time around the 8.5-mile 24H Le Mans circuit of 3 minutes 20 seconds – a blistering performance that would see Valkyrie AMR Pro battling with the front running LMP1 cars for the outright win in the world’s greatest endurance race.

Aston Martin Chief Executive Officer, Tobias Moers said: “The entire Aston Martin Valkyrie programme has been an extraordinary adventure in engineering. As an expression of the passion and expertise that can be found within Aston Martin and its closest technical partners, Valkyrie AMR Pro is a project beyond compare, a true ‘no rules’ track-only version. The Valkyrie AMR Pro is a testament to Aston Martin’s commitment to pure performance and this performance DNA will be evident in our future product portfolio. Nothing else looks like it, nothing else sounds like it, and I am absolutely certain nothing else will drive like it!”

To complement the track-only Valkyrie AMR Pro, customers will receive the opportunity to attend a bespoke track day experience, hosted by Aston Martin at a selection of International FIA Circuits around the world. The experience will include track and pit lane access, support from the Aston Martin Valkyrie Instructor team, as well as FIA exclusive racewear and a VIP, hosted dinner. Track days will be open to all Aston Martin Valkyrie customers, along with a selection of Art of Living experiences, driving some of the most challenging and dynamic roads across the UK and Europe, The Americas and beyond. Additional information on these exclusive experiences will be released later this year but they promise to showcase the Valkyrie in the most exhilarating way.

With extensive development work completed using powerful simulation tools, physical testing of the Valkyrie AMR Pro is due to commence imminently and to ensure that Valkyrie AMR Pro gives the ultimate driving experience, the Aston Martin Cognizant Formula One® Team drivers will be involved from the start to develop the dynamic set-up of the car.

All cars will be left-hand drive, with a production run of 40 cars plus two prototypes. First deliveries are scheduled to commence in Q4 2021.