Attempts to change the Formula 1 format is nothing new. The official announcement from the Formula 1 management came in April this year to confirm three sprint races for the 2021 season. The experiment will make its debut on the track in Silverstone, then in Monza, and maybe in Interlagos.

Opinions about the new format of race weekends divided F1’s paddock. This innovation has already received a lot of criticism. We decided to take a look at the history of the championship and recall several reforms that were initially doomed to failure.

Today’s Saturday Formula 1 qualifying with three segments was not like this before. During its history, the championship has tried various options. In the first decades, the format did not change, but in the 1990s, the first experiments began. For example, in 1993, racers could drive a maximum of 12 laps in qualifying. Ten years later, in 2003, a new format has been chosen: drivers took turns driving only one lap on Saturday. Friday’s session determined the starting order. According to the results, the slowest driver went to the track first.

But the most ambiguous change occurred in 2005. That season was very unusual and eventful. A new qualification system has been introduced, according to which the starting grid has been determined by summing up two attempts. Drivers drove one lap on an empty track and an empty tank on Friday. On Saturday – with a refuelled one for the first segment of the race. Then the cars were lined up on the grid according to the final results. There was an assumption that this was supposed to make the drivers give their best. This rule was not to the taste of either the racers or the fans and existed for only five stages. After this change, everything came almost back as the previous season, with only one qualifying session which determined the grid for Sunday’s race.

And there is another example, more recent. The 2016 season. At that time, there was already a qualification format that we see today. It was decided to enhance it. The idea was to eliminate the slowest driver every 90 seconds, the countdown of which began a few minutes before the end of the segments. Baring in mind that people wanted to see some changes in Formula 1 during that period, the reform failed miserably, receiving masses of criticism. The experiment lasted only two stages.

If we don’t see a strong engagement from the fans and we don’t see the benefits, there’s no reason why we will force it through. We all remembered the qualifying fiasco a few years ago which luckily got corrected part-way through the season.

In the 2002 season, the FIA proposed a plan to update Formula 1. One of their attempts was very unusual. Bernie Ecclestone and Max Mosley offered that the drivers should not sign contracts with the teams. They should swap cars with each other after every race. Having spent one race at the wheel of each car, in the remaining ones, drivers could choose their drive according to the current position in the championship.

This rule was supposed not only to increase the entertainment value of the championship but also to change Ferrari’s dominance. The Italian team took such a proposal with great hostility, but the other teams also supported Scuderia. This point of the plan has never seen fruition. 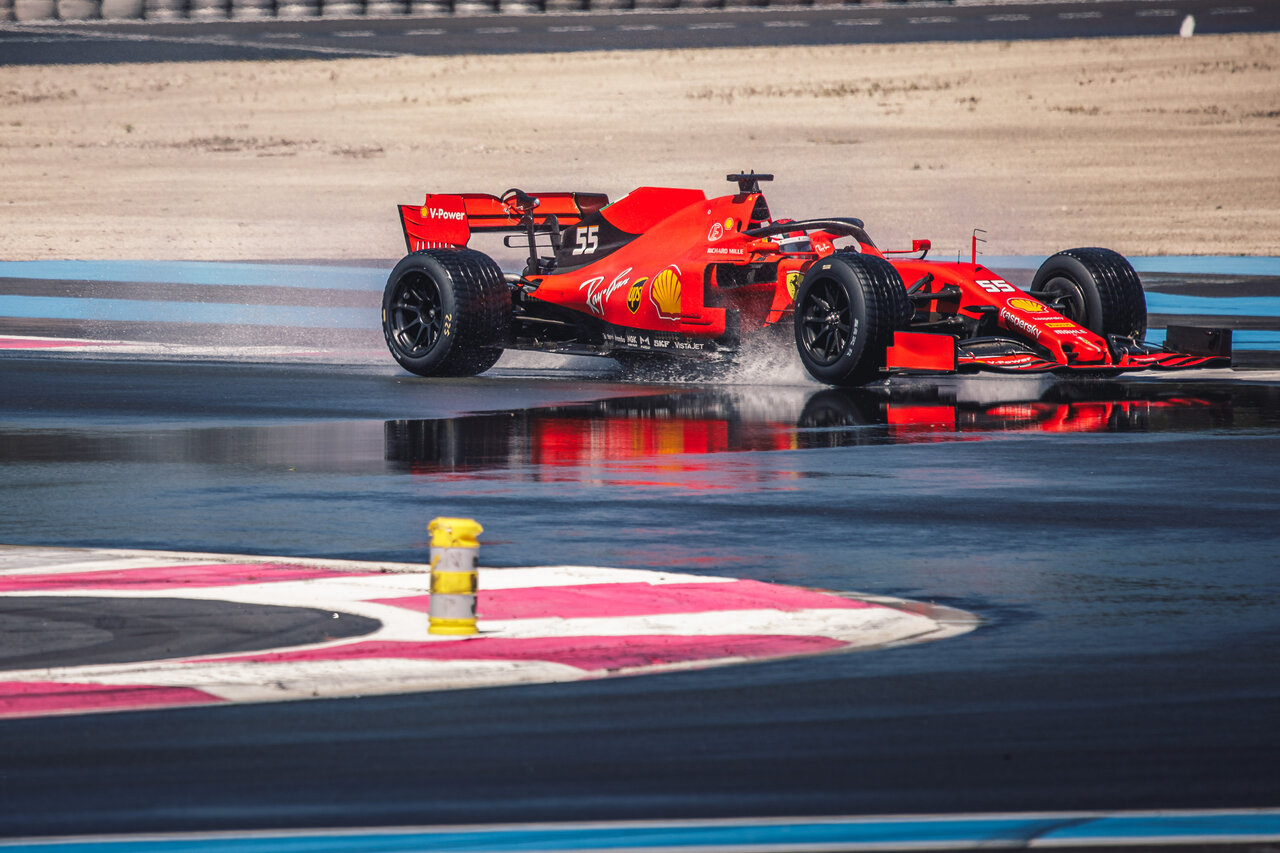 Racing during rain is a rarity. There may be several or none of it during the entire championship season! A race in the rain is spectacular and unpredictable. Such stages are the most memorable. Take as an example the Turkish Grand Prix in 2020 and Germany in 2019, or even Brazil in 2016?

In 2011, Bernie Ecclestone proposed creating artificial rain. According to his idea, the circuits could install sprinkler systems, which would water the track and create rainy conditions. It was supposed to increase the entertainment of Formula 1 as well.

Even though this idea had some fans in some quarters, it never saw the daylight.

Almost everyone passionate about Formula 1 knows the history of this championship. In the 1950s, several Indy stages took place in Europe, but the competition received the status of “world championship”. How did this happen? Very simple. Indy 500, taking place in the United States, was included in the Formula 1 calendar.

The race had a completely different set of technical regulations, and only American teams and drivers took part in it. The fascinating thing is that many of them did not even imagine they participated in one of the F1 stages. And the drivers of the championship themselves did not go to race in the USA at that time.

Nevertheless, the Indianapolis 500 had the status of a Formula 1 stage for about 11 years!

The format will be as follows: there will be a total of three weekends with sprint races: the UK, Italy and possibly Brazil. It will look like this: Friday is a 60-minute free practice session, after which the usual qualifying will take place. It will determine the starting grid of Saturday’s sprint race. Saturday will have a second free practice session, after which a 100-km sprint will take place in the afternoon. According to the results of this sprint, starting grid of the Sunday race will be determined. Sunday is the Feature Race.

Opinions about this idea are also divided. For example, Jean Todt, the President of the FIA, was sceptical about sprint races: “If you ask me if I’m a big fan of that, the answer is no. I don’t think Formula 1 needs it. On the other side, if people want to try something, it’s not going to hurt the race on Sunday. It will be a different way of having a starting grid on Sunday. So it costs nothing to try.” 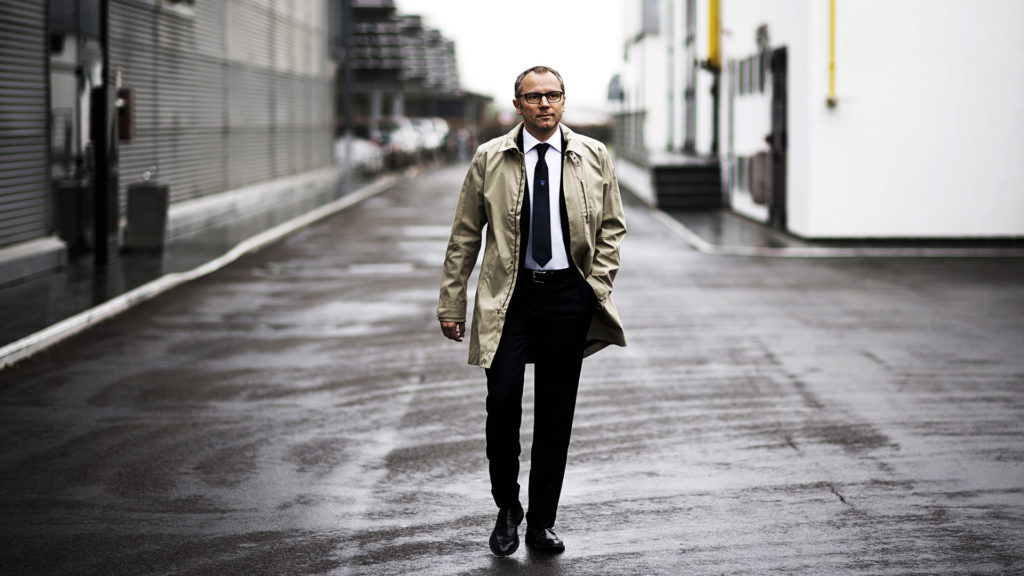 “This year, we will attempt a new format of the weekend with a sprint race. If everything goes well, then next season, we will use it at several key stages. The idea is to create a kind of analogue of the Grand Slam, choosing one stage in each region of the world – on a historical or new track, which will thus stand out.”

Ross Brawn, Formula 1 Managing Director, Motorsport, believes that there will be six sprint stages next year: “We can see a scenario where maybe there are half a dozen events next year which have a sprint format. We’ve had a lot of promoters say they would like to have the sprint as part of their package going forward. In this commercial world, that’s something that can be negotiated with promoters so that the team shares the benefits of a more concrete weekend. We will never force this through if it’s clearly not a success. If we don’t see a strong engagement from the fans and we don’t see the benefits, there’s no reason why we will force it through.

We all remembered the qualifying fiasco a few years ago, which luckily got corrected part-way through the season. I think that was one of the attempts that everybody forecast was going to be a struggle, and it turned out to be. So these are three events where were going to trial this format, and if it’s not a success, if we don’t get the response we hope, then we’ll put our hands up, and then we’ll stay the way we are, and we’ll look at other initiatives.”

The format of the weekend with sprint races was implemented successfully in Formula 2. In addition, the reverse grid rule has successfully taken root there. They also tried to introduce it into F1 at one time. But the idea has been criticized again.

The question is whether the attempts to create a new format will appeal to the teams, drivers and fans? Will Formula 1 become similar to the junior series? What expenses will the teams incur? Is this idea doomed to failure, or will it take root in the championship on a permanent basis? The answers to these questions are not clear yet, but we will be able to find out very soon.