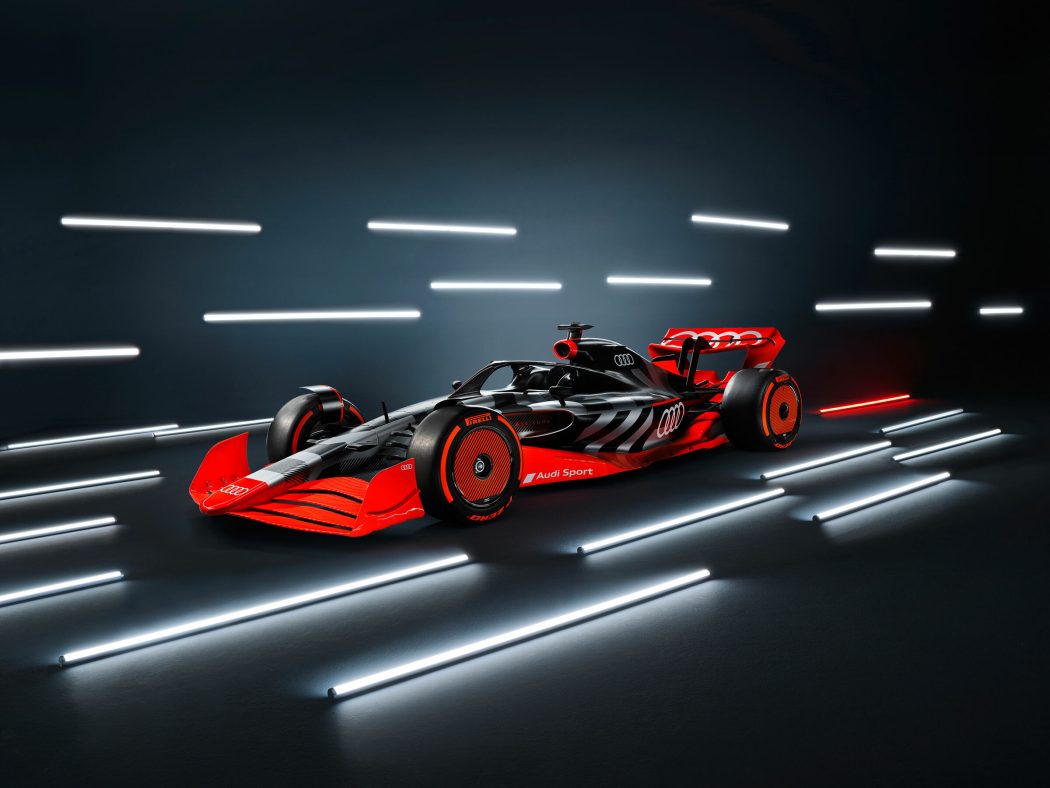 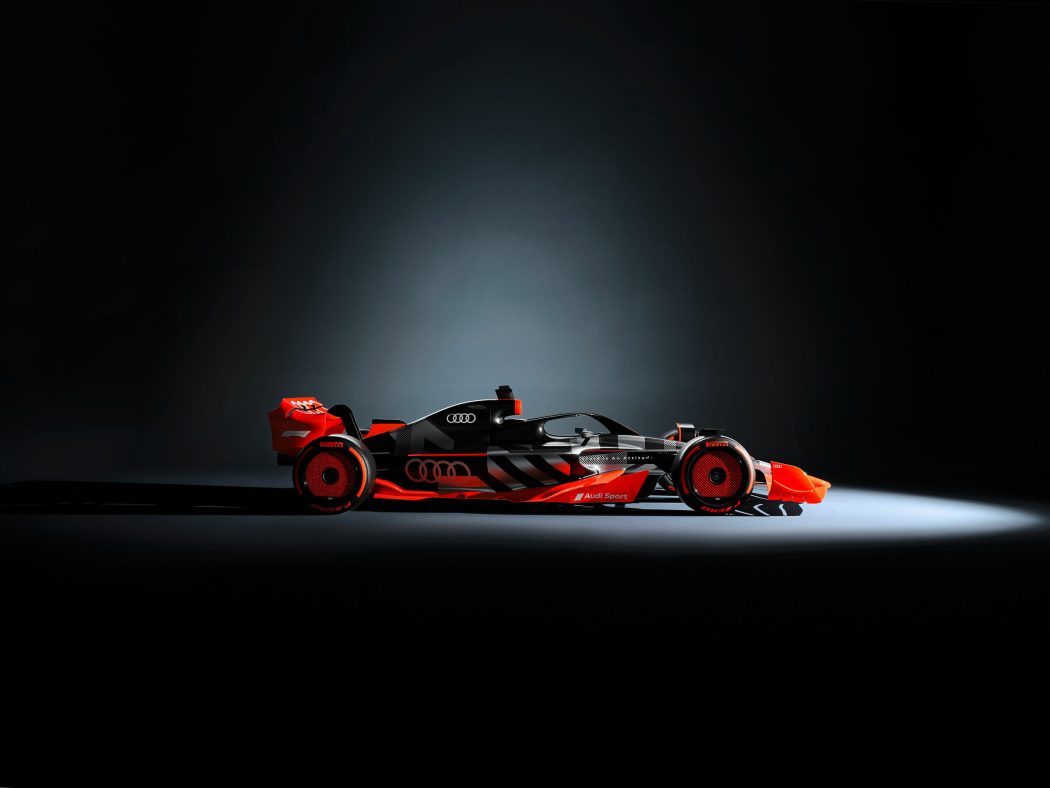 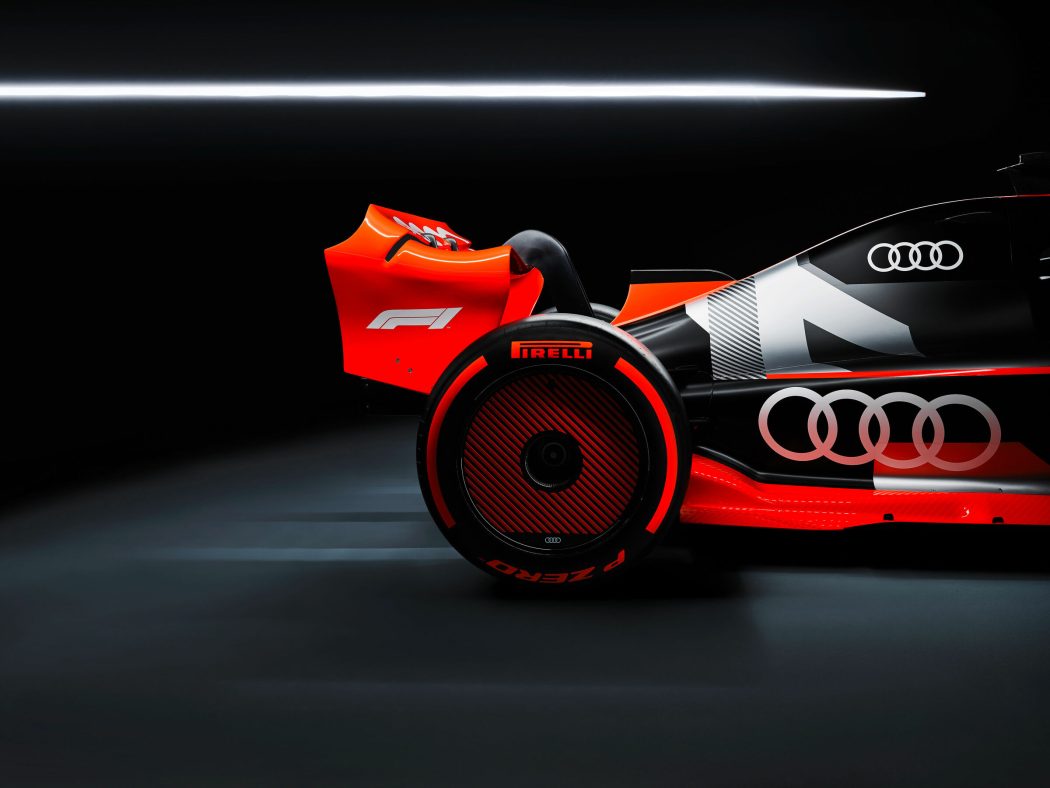 It’s now official: Audi enters the premier class of motorsport. From 2026, the premium brand will compete in the FIA Formula 1 World Championship with a specially developed power unit. The project will be based at Audi Sport’s facility in Neuburg near Ingolstadt. This is the first time in more than a decade that a Formula 1 power train will be built in Germany.

Audi announced its entry at a press conference at the Formula 1 Belgian Grand Prix at Spa-Francorchamps. At the event, Markus Duesmann, Chairman of the Board of Management of AUDI AG, and Oliver Hoffmann, Member of the Board of Management for Technical Development, answered questions in the company of Formula 1 President and CEO Stefano Domenicali and Mohammed ben Sulayem, President of the International Automobile Federation (FIA).

“Motorsport is an integral part of Audi’s DNA,” says Markus Duesmann. “Formula 1 is both a global stage for our brand and a highly challenging development laboratory. The combination of high performance and competition is always a driver of innovation and technology transfer in our industry. With the new rules, now is the right time for us to get involved. After all, Formula 1 and Audi both pursue clear sustainability goals.”

The key to getting involved in the world’s most popular racing series is a clear plan to become more sustainable and cost-efficient. The new technical rules, which will apply from 2026, focus on greater electrification and advanced sustainable fuel. In addition to the existing cap on costs for teams, a cost cap for power unit manufacturers will be introduced in 2023. In addition, Formula 1 has set itself the ambitious goal of being a carbon-neutral racing series by 2030.

Oliver Hoffmann, Member of the Board for Technical Development highlighted that the upcoming regulation changes in 2026 played an important part in Audi’s decision: “In view of the major technological leaps that the series is making towards sustainability in 2026, we can speak of a new Formula 1. Formula 1 is transforming, and Audi wants to actively support this journey. A close link between our Formula 1 project and AUDI AG’s Technical Development department will enable synergies.”

From 2026, the electric power output for the power units, consisting of an electric motor, battery, control electronics, and a combustion engine, will increase sharply compared to today’s Formula 1 drive systems. The electric motor will then be nearly as powerful as the combustion engine, which has an output of about 400 kW (544 hp). The highly efficient 1.6-litre turbo engines run on advanced sustainable fuel – also a prerequisite for Audi’s entry into the series.

Formula 1 is on the way up

Globally recognized, highly emotional, and technologically advanced – that’s how Formula 1 has met Audi’s exact requirements. The series holds races in all relevant markets of the brand. As a spectacular platform for the most demanding electrified racing cars in the world, it is of particular interest to car manufacturers. Audi is taking on the challenge of proving its “Vorsprung Durch Technik” in this competitive environment.

The great interest in Formula 1 is global and the racing series is one of the sporting events with the highest reach in the world. In 2021, more than 1.5 billion TV viewers watched the races. Formula 1 is popular in key markets such as China and the USA, and the trend continues to rise – even among young target groups. On social media, Formula 1 is now experiencing the highest growth rates among the world’s most popular sports.

Audi’s entry into Formula 1 marks the conclusion of its motorsport restructure, but also the close of a formative period at Audi Sport GmbH. Managing Director Julius Seebach will join AUDI AG on September 1, 2022, and will take on a new strategic business area in Technical Development, reporting directly to the Executive Board.

Hoffmann, who, in his role as an Executive Board member also serves as Chairman of the Advisory Board of Audi Sport GmbH, would like to thank Seebach for his performance: “Julius stands for strategic foresight, consistent action, and sustainable results in challenging times.” Under his leadership, Audi Sport GmbH has repeatedly achieved record sales and earnings figures. Sales doubled with the RS model offensive and the all-electric RS e-tron GT was successfully brought to market.

In 2020, Seebach also assumed responsibility for motorsport at Audi and resolutely made it ready for the future. Under his leadership, the most complex racing car in Audi history was developed in record time: the RS Q e-tron for the Dakar Rally. Following its successful debut with four stage wins at the Dakar Rally in January, the Audi RS Q e-tron achieved its first overall victory in Abu Dhabi in March – the first triumph of a car with an electric powertrain in a desert rally. Entering Formula 1 is the successful conclusion of his work.

Starting September 1, Seebach will be succeeded by Rolf Michl, who has been Chief Operating Officer Racing at Audi Sport since February. Together with Dr. Sebastian Grams, he will form the Management Board of Audi Sport GmbH. Michl has a degree in business administration and is a long-standing member of the Audi Sport family. After holding various positions in marketing at AUDI AG and Audi Sport, he took over as Head of Product Marketing RS Models in 2016. After moving to Abt Sportsline as Director of Vehicle Customization, he returned to Audi Sport GmbH as Head of Sales/Marketing in 2019. Michl has played a key role in shaping the company’s portfolio and sales successes over time. Hoffmann notes that “Rolf is an authentic leader and brings with him the experience he will need from motorsport and series production.” In addition to his positions in marketing, Michl was responsible for devising and implementing the Audi Sport TT Cup in 2014.

The power unit will be built at Audi Sport’s state-of-the-art Competence Center Motorsport in Neuburg an der Donau, not far from AUDI AG’s company headquarters in Ingolstadt. “For the development and manufacture of the Formula 1 power train, we will build on the valuable expertise of our motorsport employees, continue to invest in our motorsports centre, and also recruit highly specialized professionals,” says Audi Sports Managing Director Julius Seebach, who organized the entry into Formula 1 as part of Audi’s realignment of motorsport.

In Neuburg, there are already test benches for F1 engine testing as well as for electric motor and battery testing. Additional necessary preparations are currently being made in terms of personnel, buildings, and technical infrastructure, with everything essential to be in place by the end of the year. A separate company was recently founded for the power unit project as a wholly owned subsidiary of Audi Sport. Adam Baker will take over the management of the company and thus the Formula 1 project as CEO. The trained engineer has held various senior positions for manufacturers and teams in motorsport. Before joining Audi in 2021, he worked for the FIA for three years.

Audi will announce a decision on which team they will be lining up within 2026 by the end of this year.