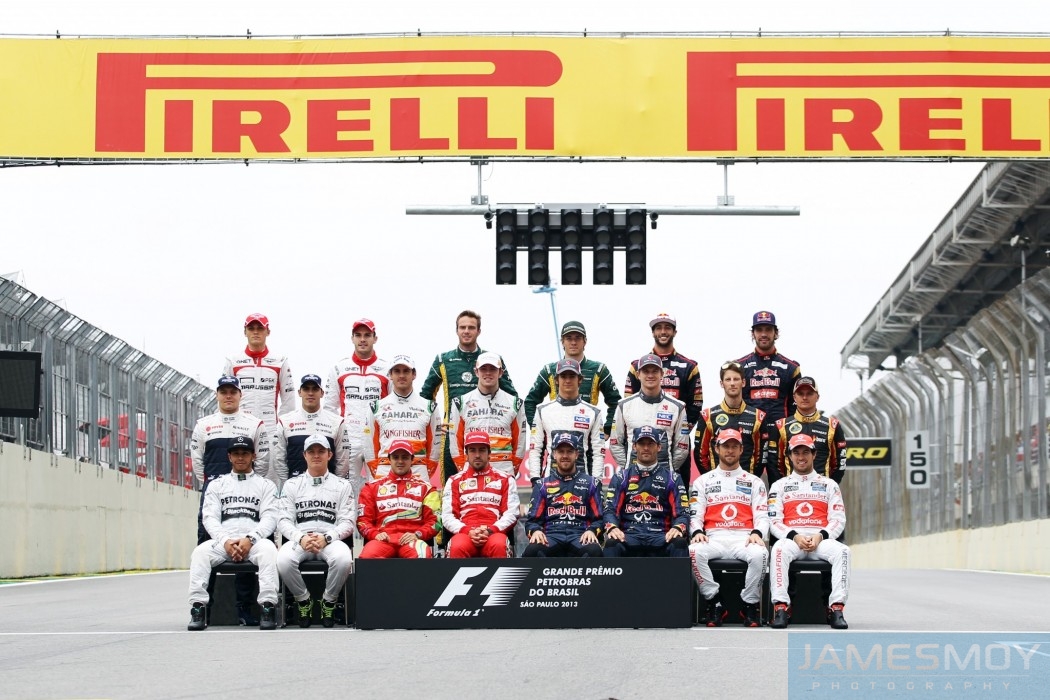 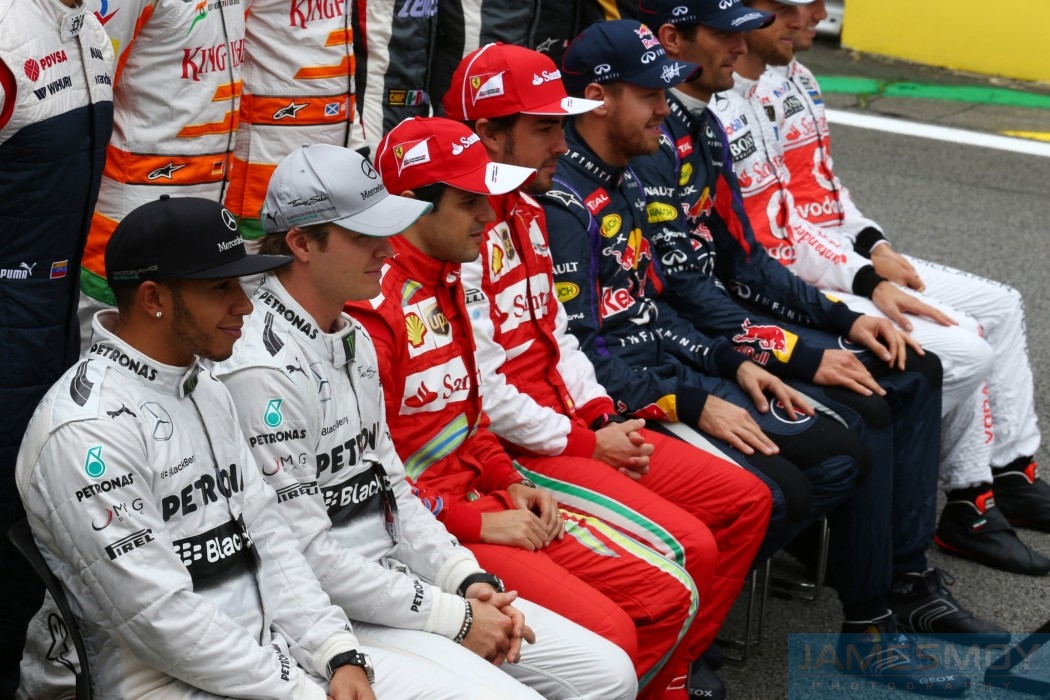 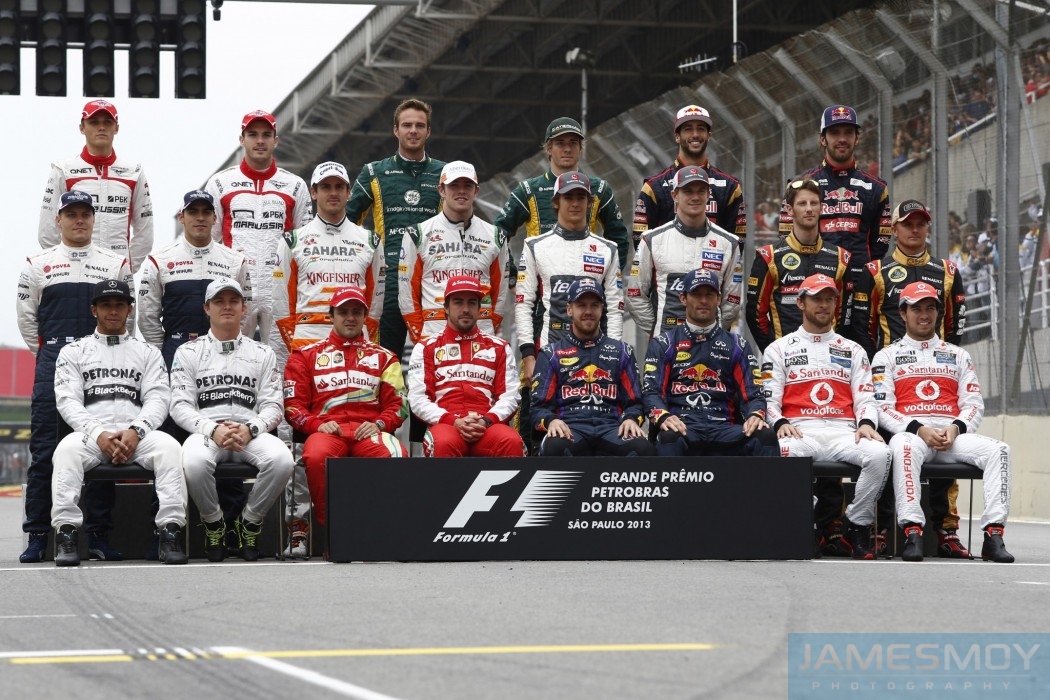 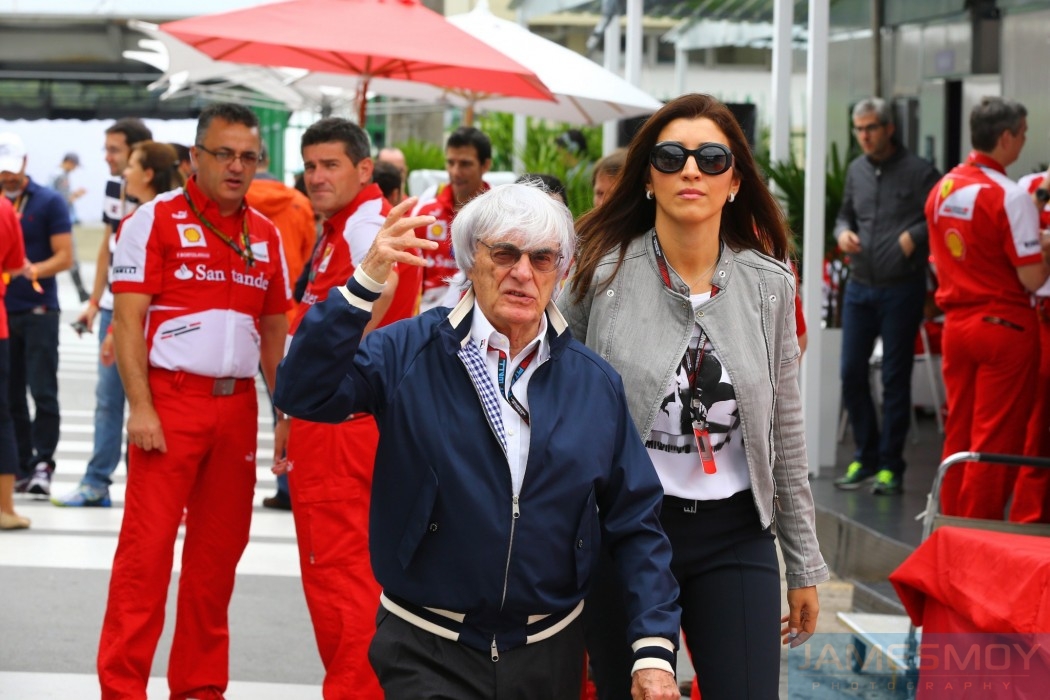 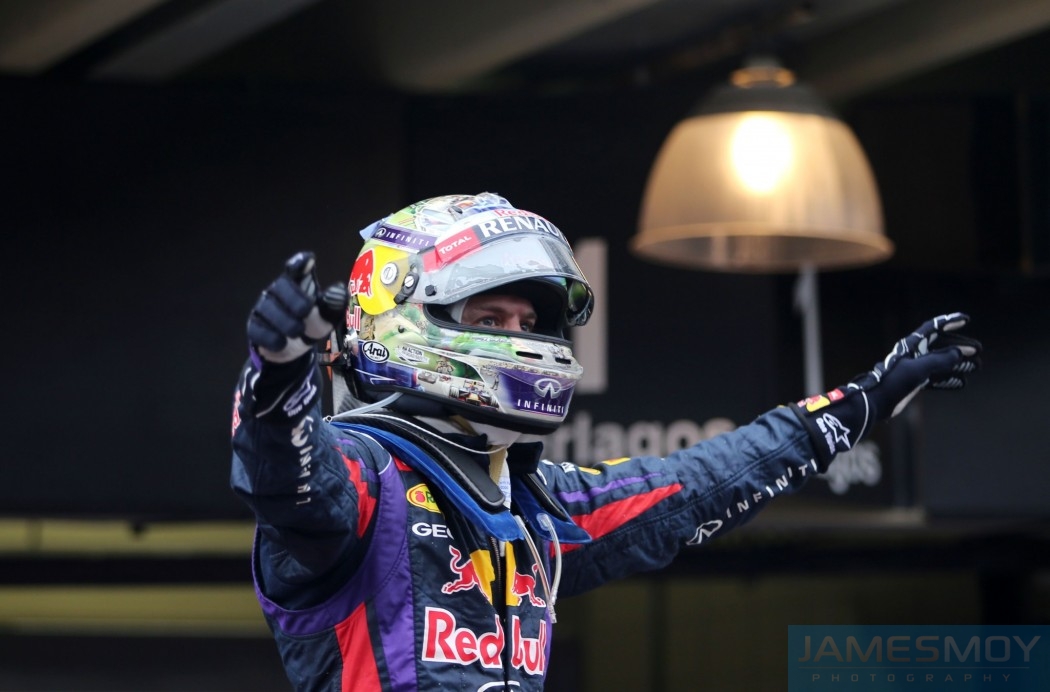 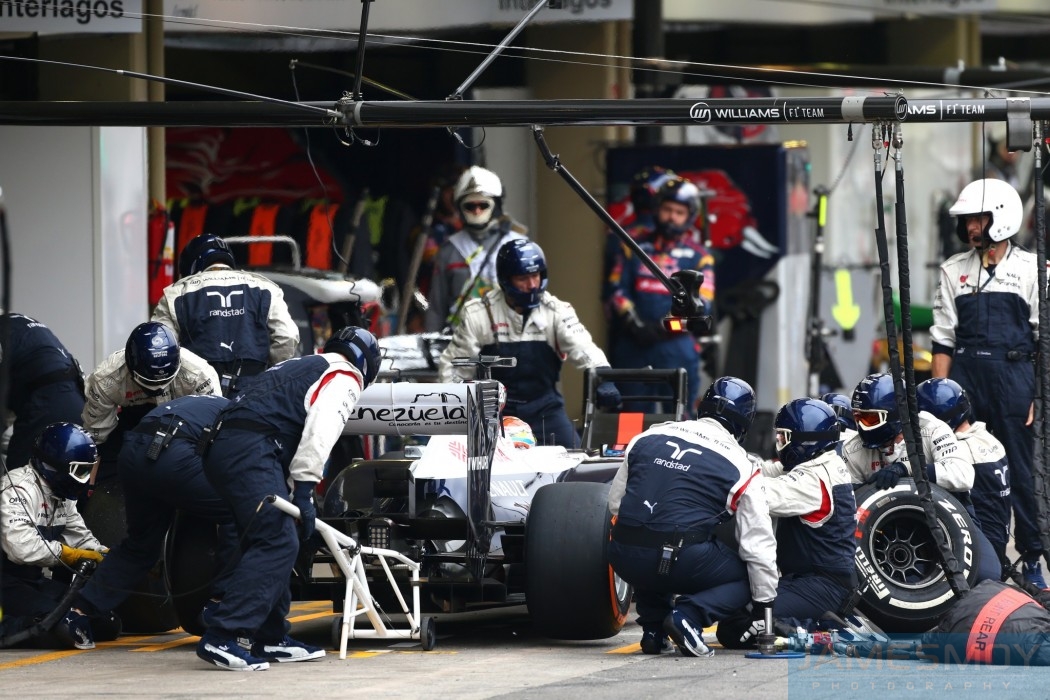 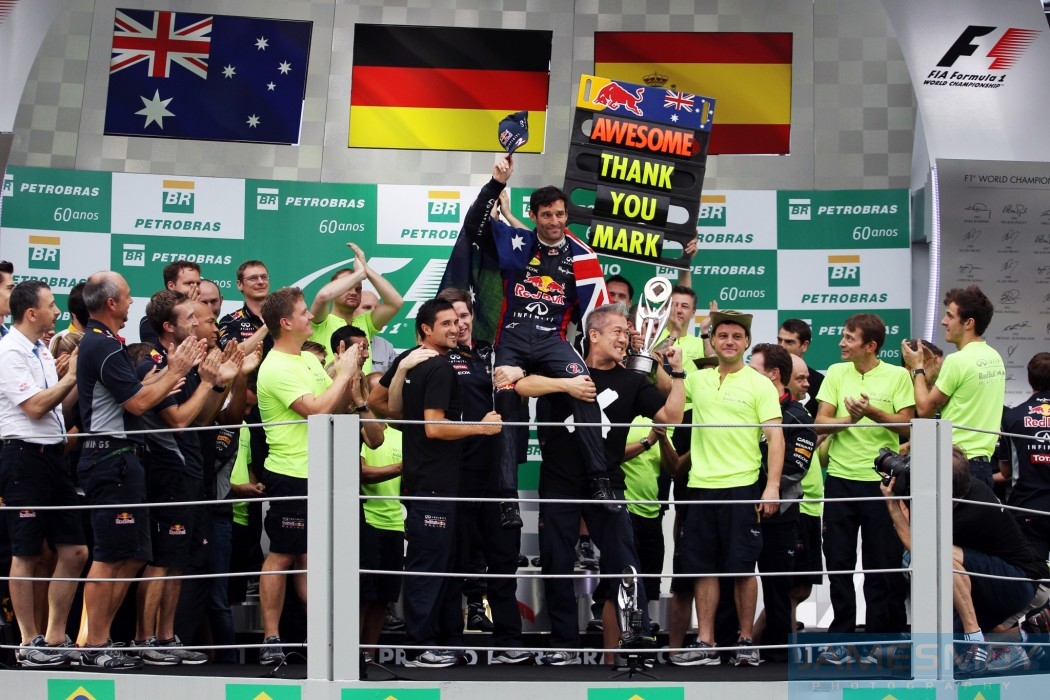 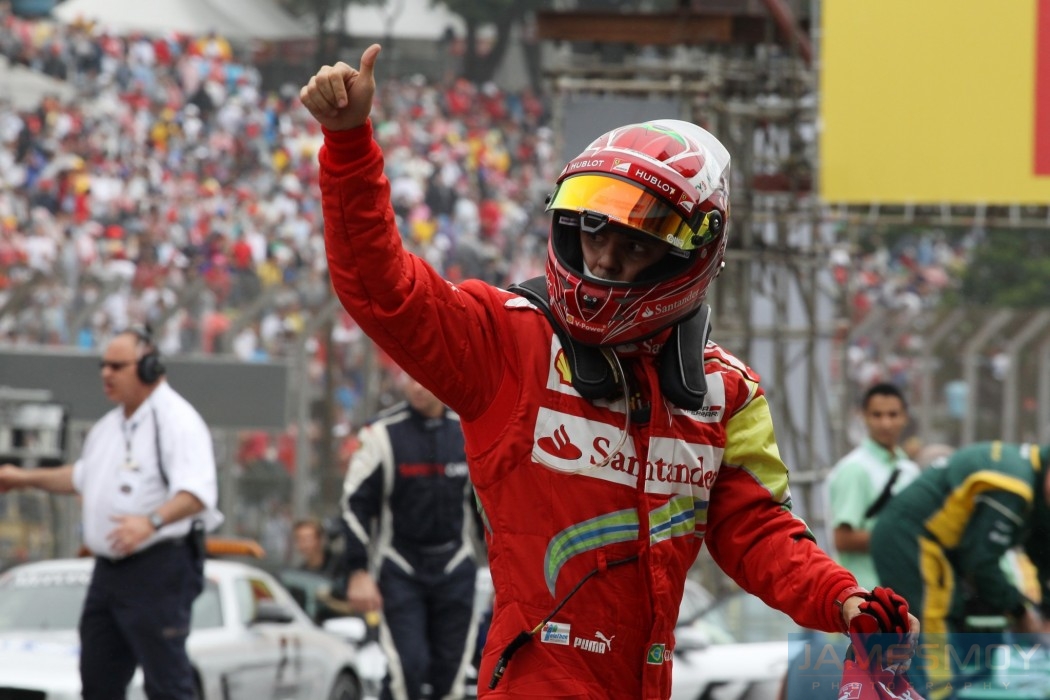 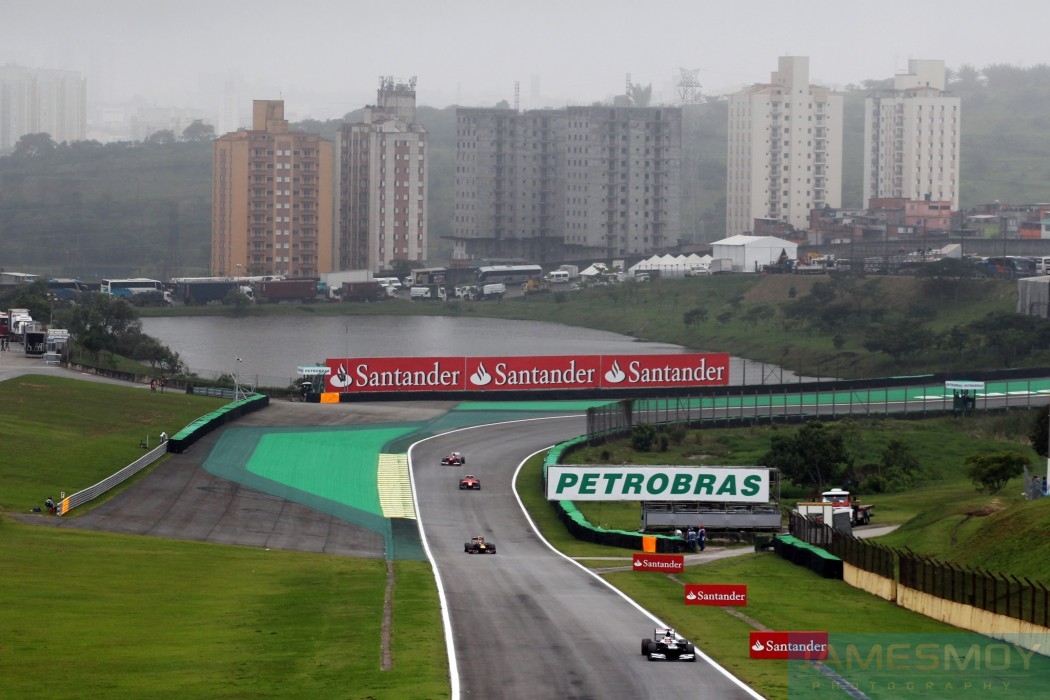 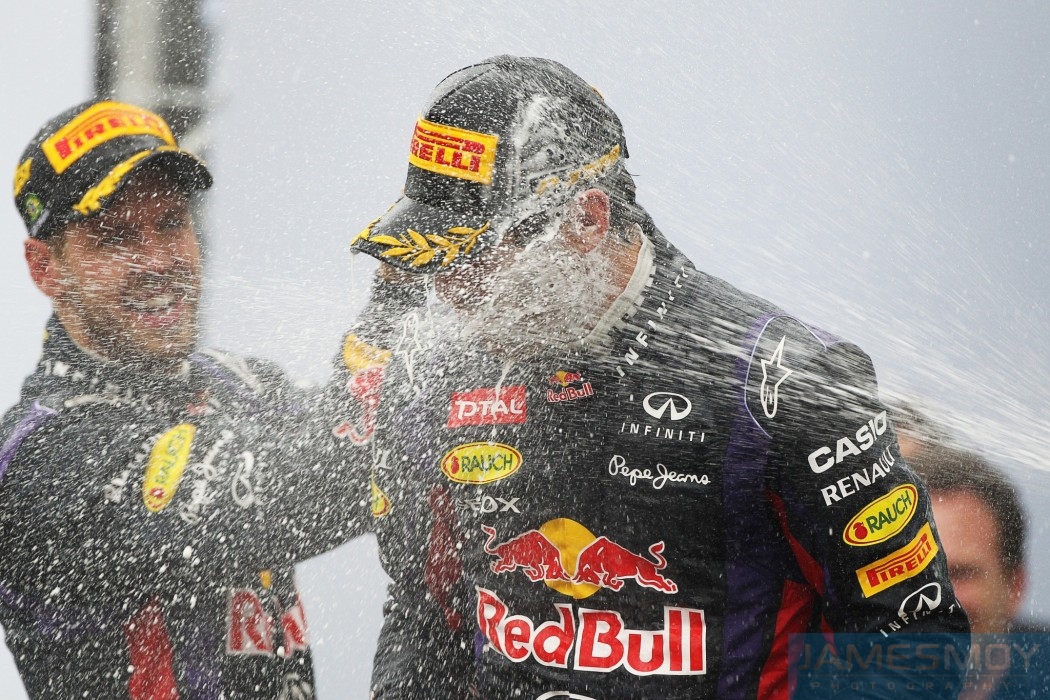 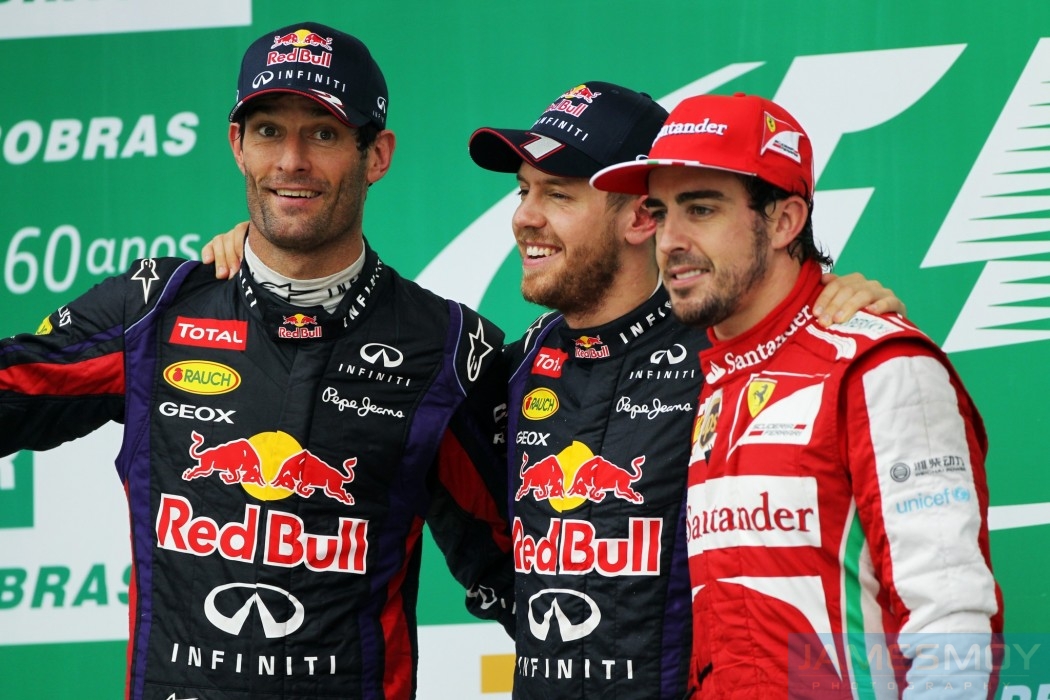 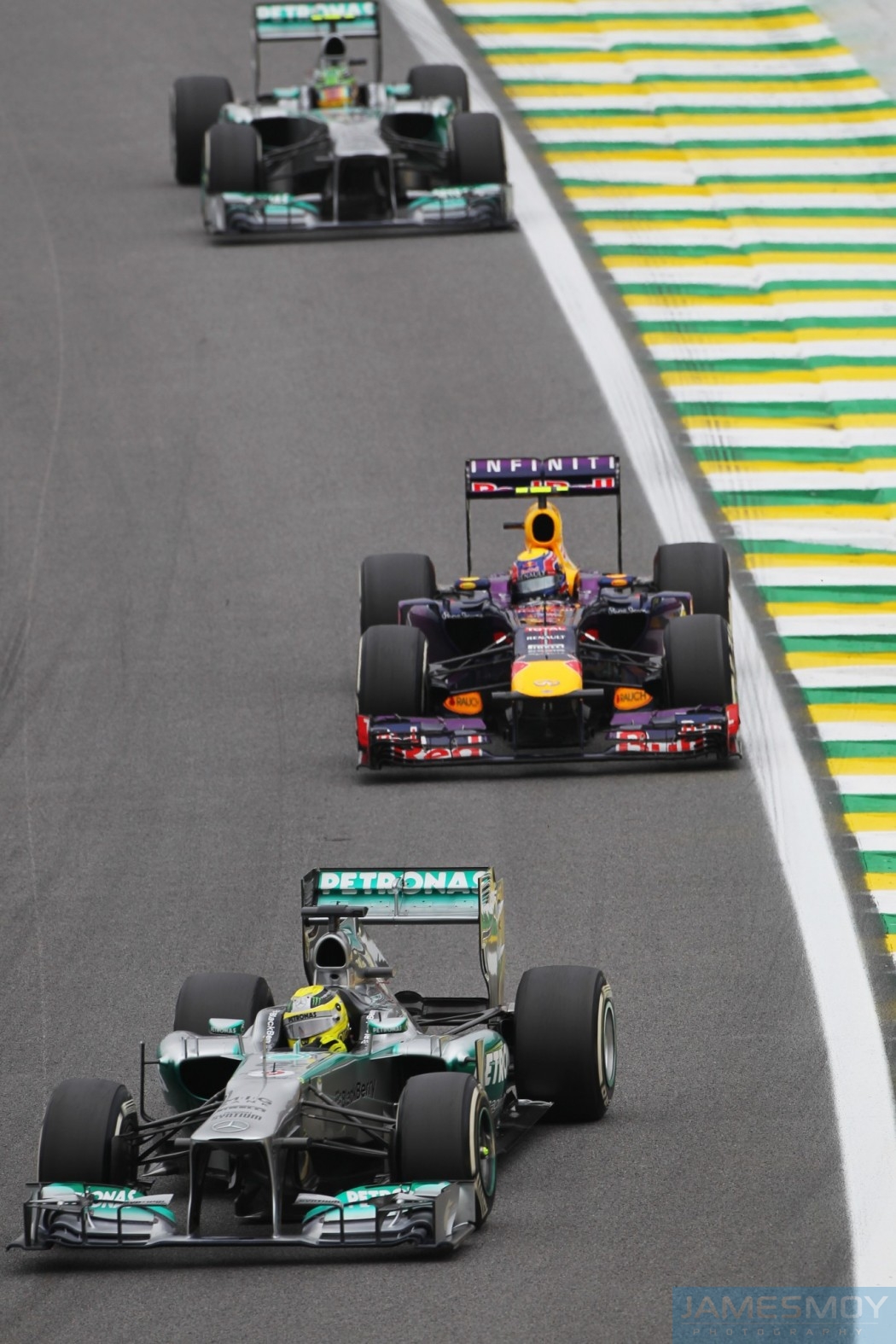 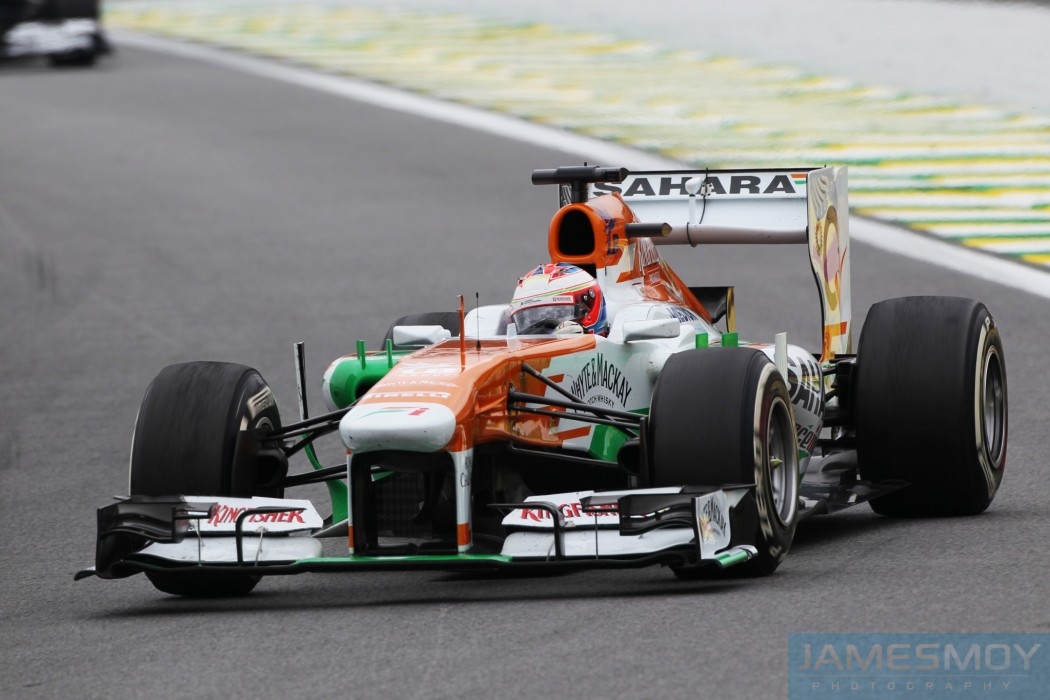 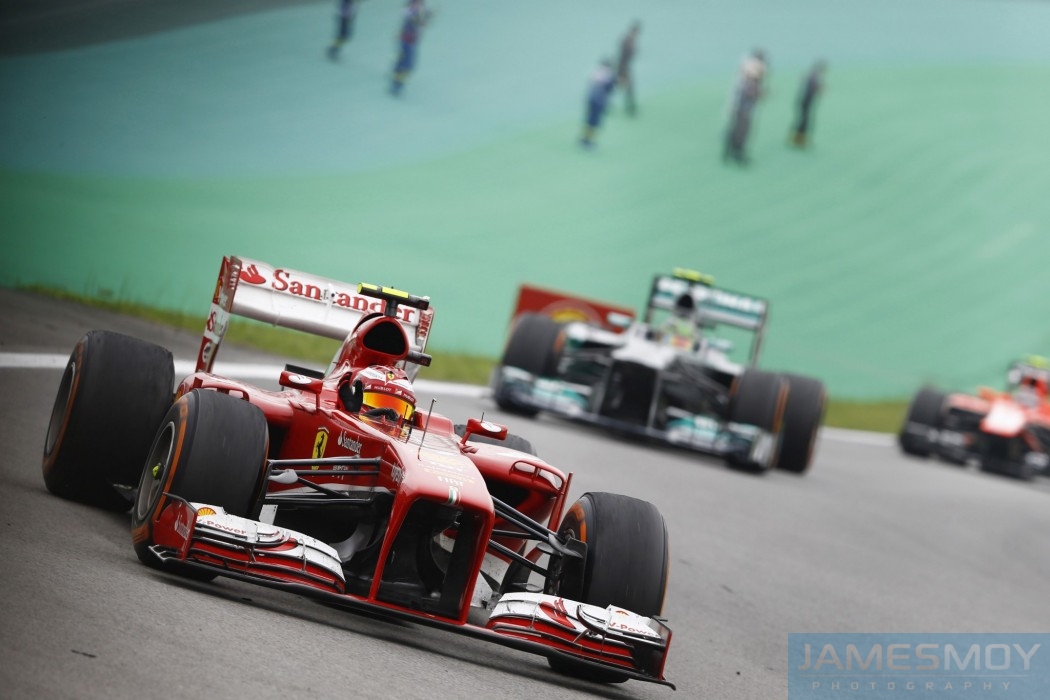 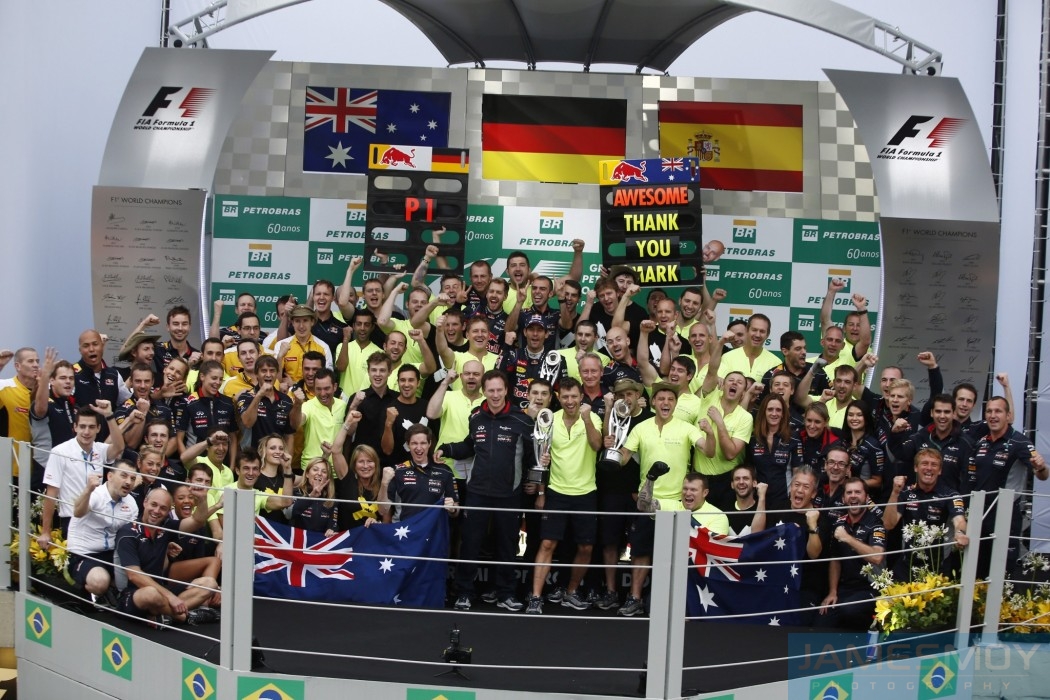 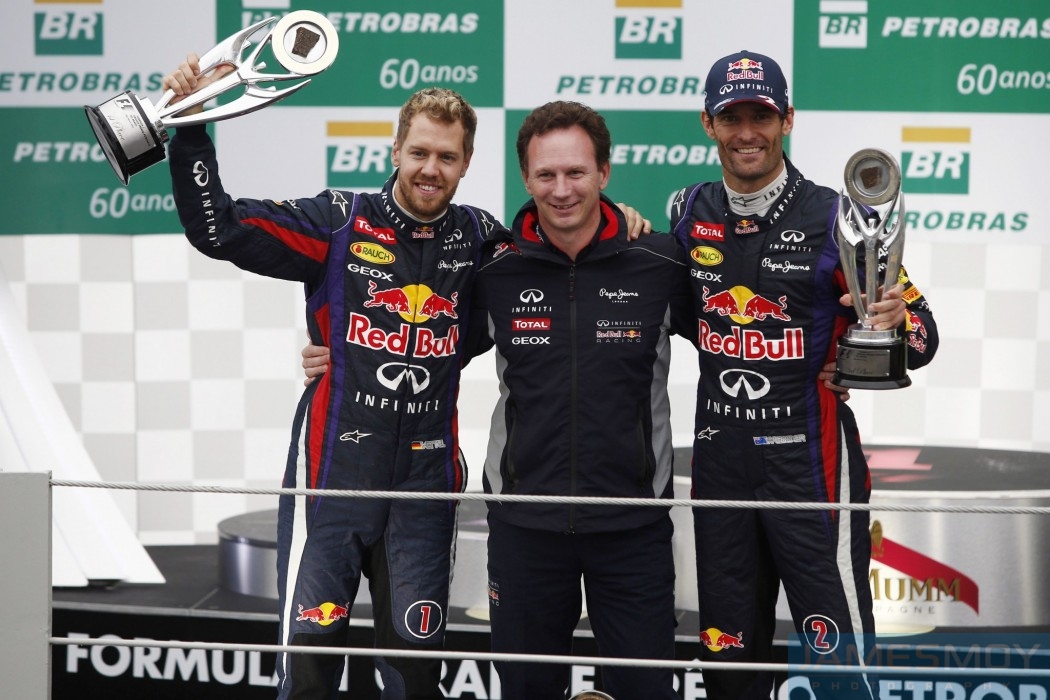 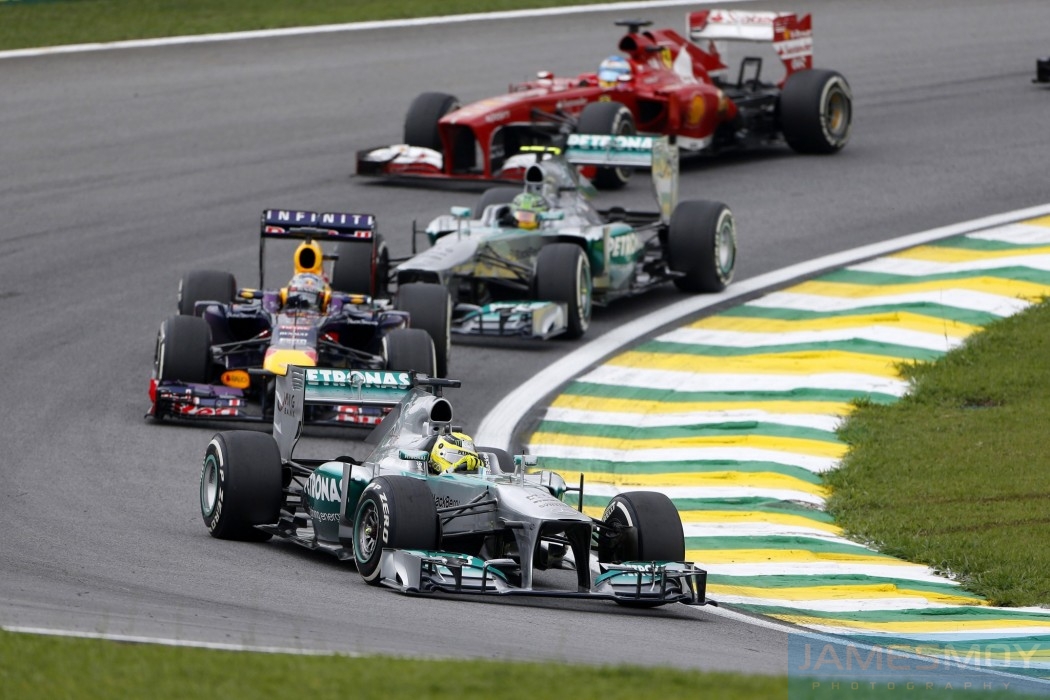 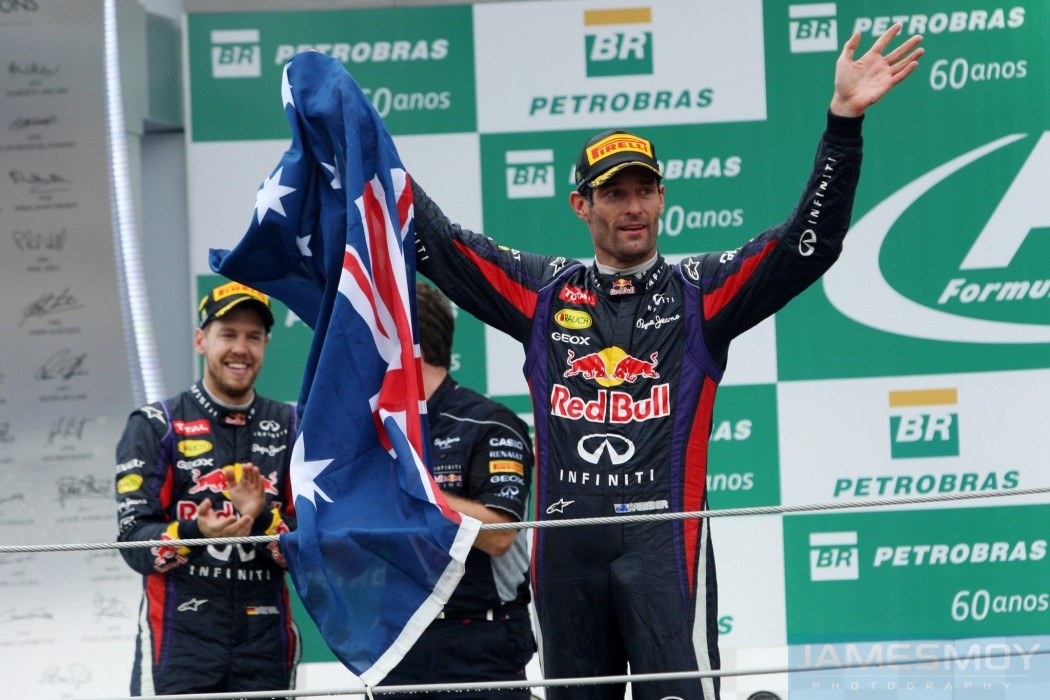 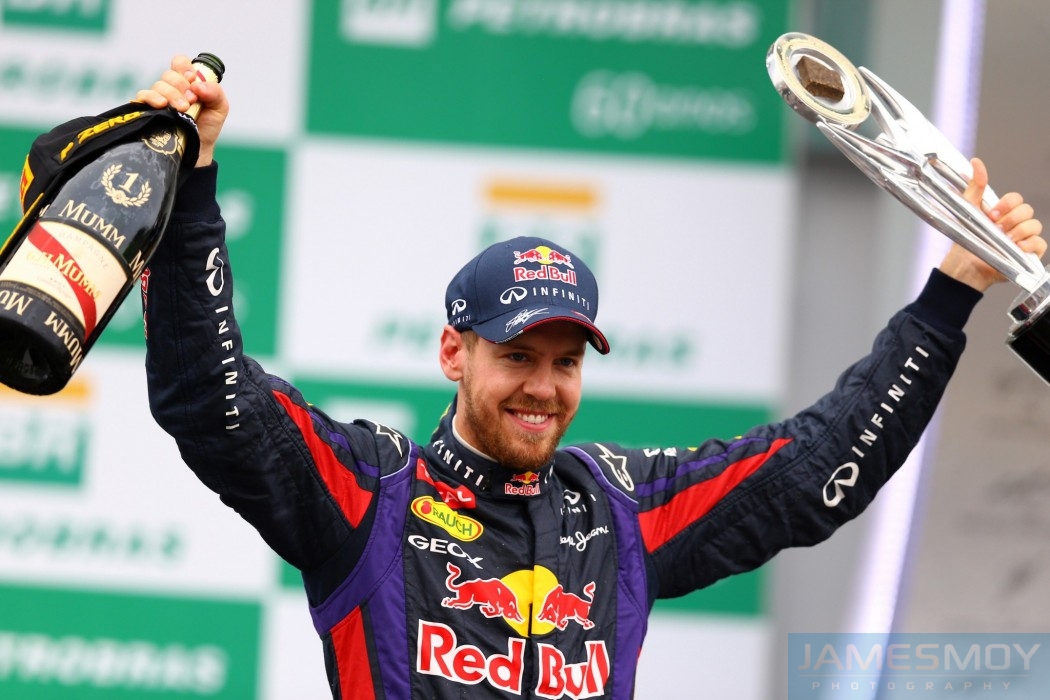 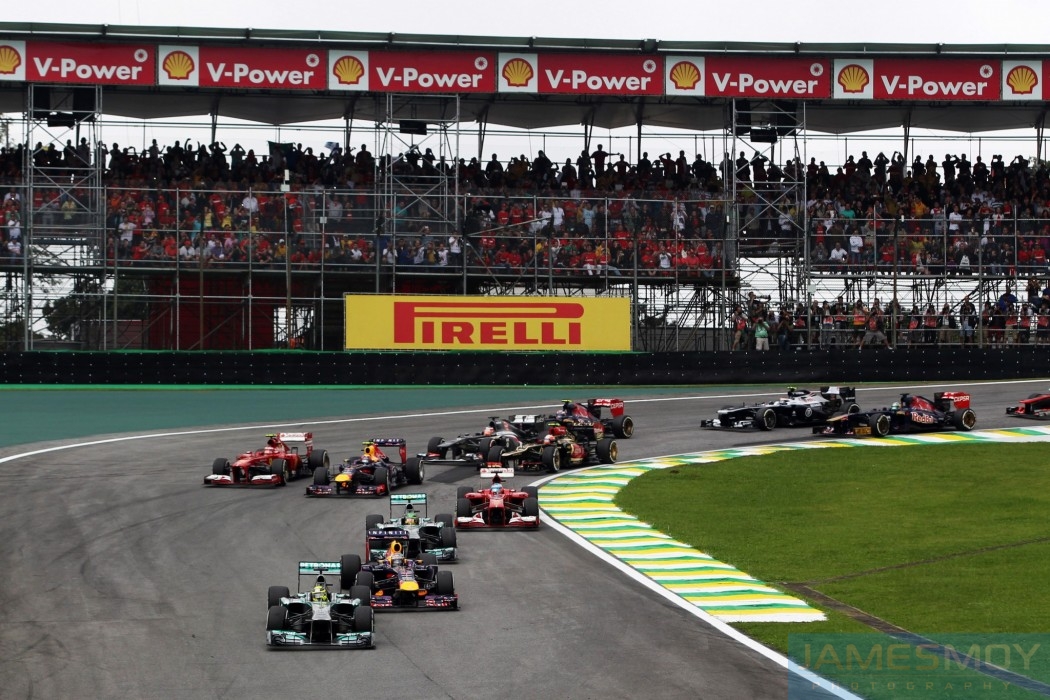 This year’s world champion, Sebastian Vettel, has taken his 13th win of the season – and his ninth in a row – at the Brazilian Grand Prix Sunday race. The German started from the pole and took the lead on lap two, using a two-stop strategy to win: a couple of stints on the P Zero White medium tyre followed by a final stint on the P Zero Orange hard.

His Red Bull teammate Mark Webber finished second on an identical strategy on his final Grand Prix before moving to endurance racing. Ferrari’s Fernando Alonso was third after choosing a different two-stop strategy, using the hard tyre for his middle stint.

The only other driver to have won nine races in a row before was Alberto Ascari in the 1950s – but this was across two seasons, also using Pirelli tyres.

The biggest challenge all the teams and drivers faced was having no dry running on the hard and medium tyres before the start of the Brazilian Grand Prix due to consistent rain on Friday and Saturday. The race started in dry conditions with ambient temperatures of 20 degrees and track temperatures of 26 degrees, with a 50 per cent chance of rain.

All the drivers got underway on the medium compound tyre apart from McLaren’s Jenson Button, who started 14th on the grid, and Sauber’s Esteban Gutierrez, who started 17th. The first driver to switch from the medium to the hard compound was Toro Rosso’s Jean-Eric Vergne, who came in on lap 10. Button took his first set of mediums on lap 20, the first of the hard tyre starters to stop, and was back on the medium on lap 43. The strategy helped him to a fourth-place finish by the end: his best of the year.

Vettel pitted from the lead on lap 24 for more mediums and re-emerged in front, stopping again for the hard tyre on lap 47: the same lap as his teammate, as Red Bull feared a safety car. Although there was no heavy rain, some drops then started to fall – adding an extra element of uncertainty. The rain became slightly heavier in the closing laps, but not enough for any of the competitors to use the Cinturato Green intermediates.

The tyres performed perfectly in line with expectations despite the varying conditions. There were punctures on the Mercedes of Lewis Hamilton and the Williams of Valtteri Bottas, but this resulted from contact between the two.

The final record of this season – the last of the V8 engine era – was set by Marussia’s Max Chilton, who became the first rookie to finish every race of his debut year.

The fact that there was no dry running before the start of the Grand Prix meant that formulating the right tyre strategy was a matter of educated guesswork for all the teams. And with no rubber having been laid down on the track previously, it was extremely hard to calculate the wear and degradation levels. The weather forecast remained uncertain throughout the race to complicate matters even further, with different teams interpreting the information in various ways. However, they had to bear in mind their obligation to run both compounds if conditions stayed dry – which was the case. This race has marked the end of an era, and now the cars and the tyres have changed completely for next year. Congratulations to Sebastian Vettel and Red Bull for a record-breaking season, and best of luck for the future to Mark Webber, who ends his distinguished Formula One career here in Brazil.”