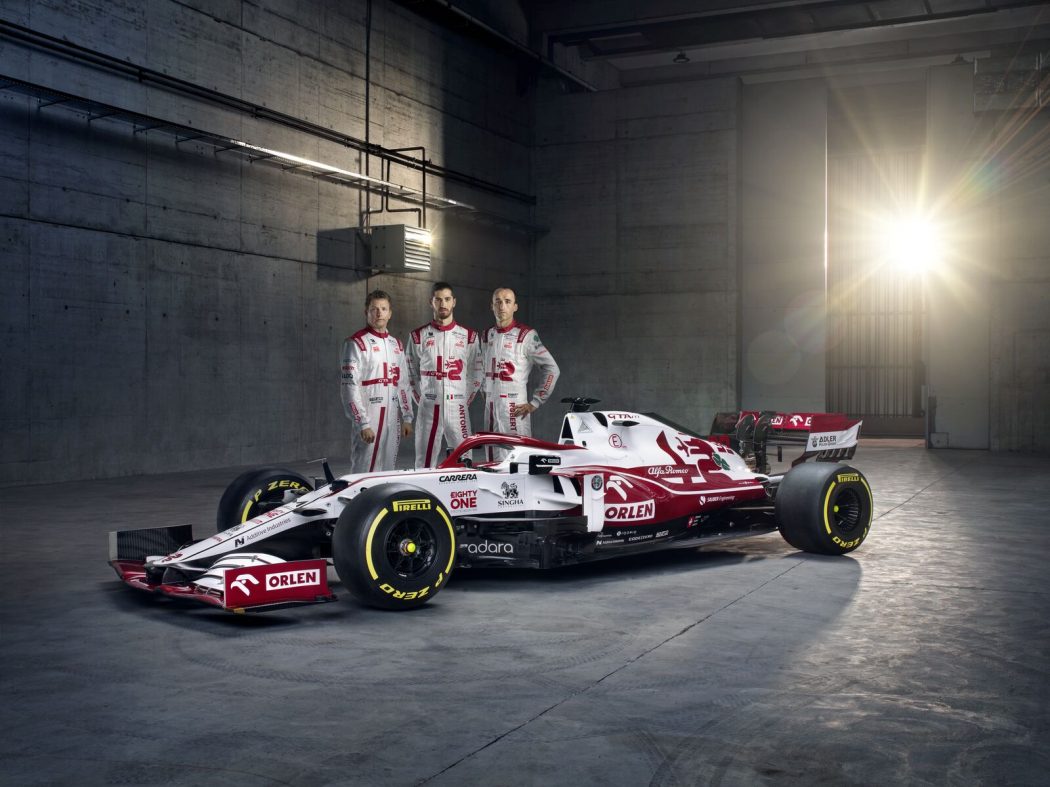 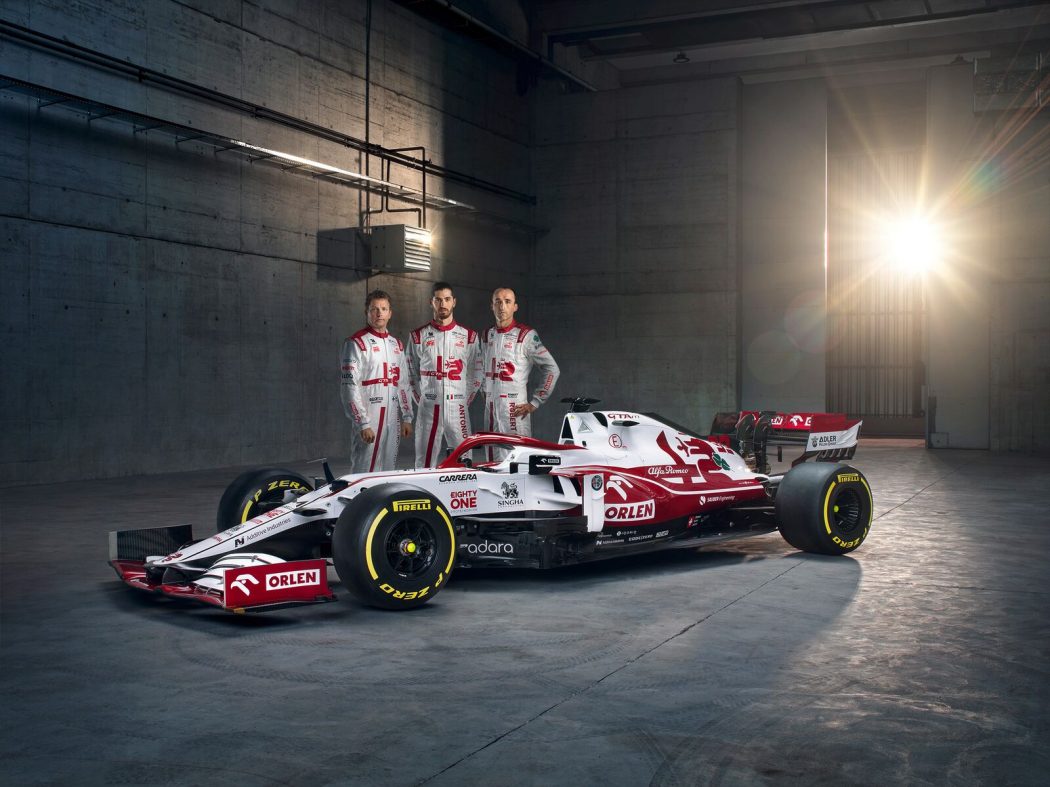 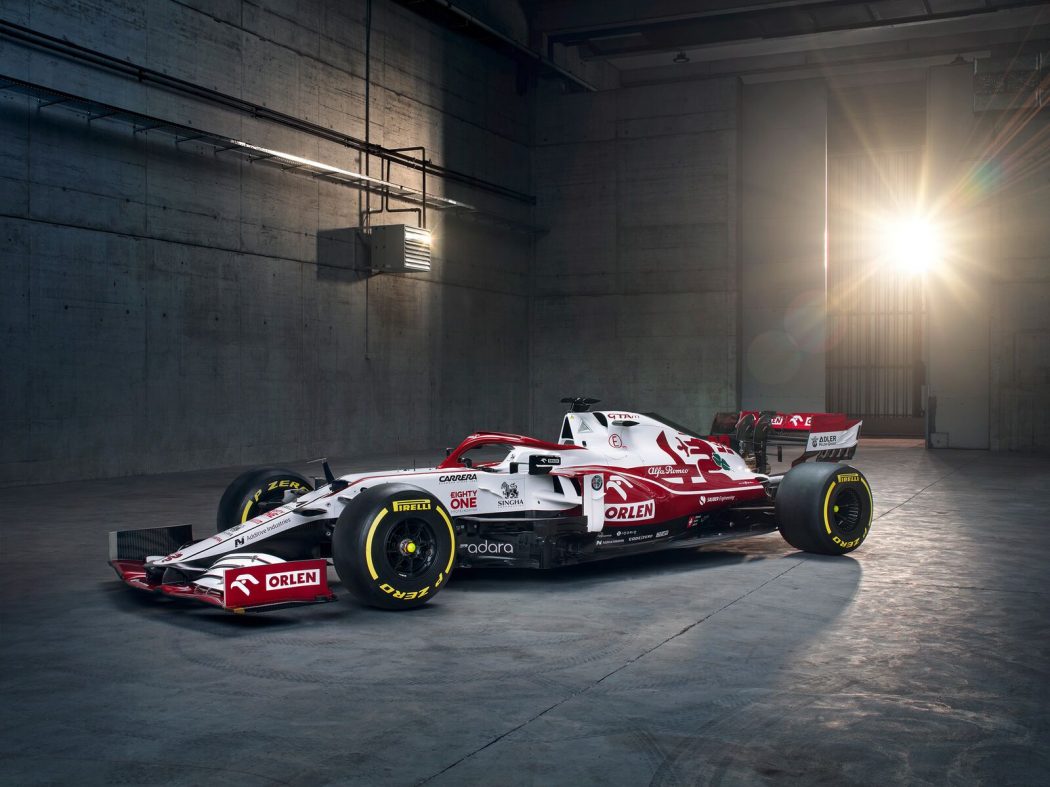 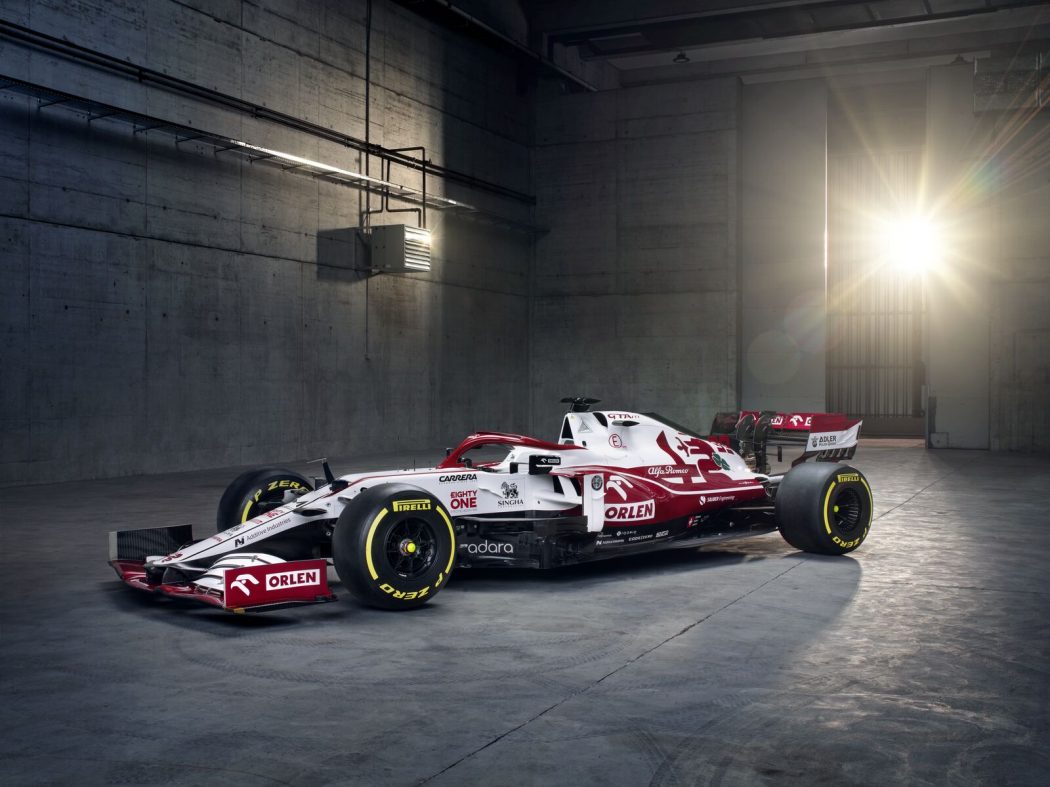 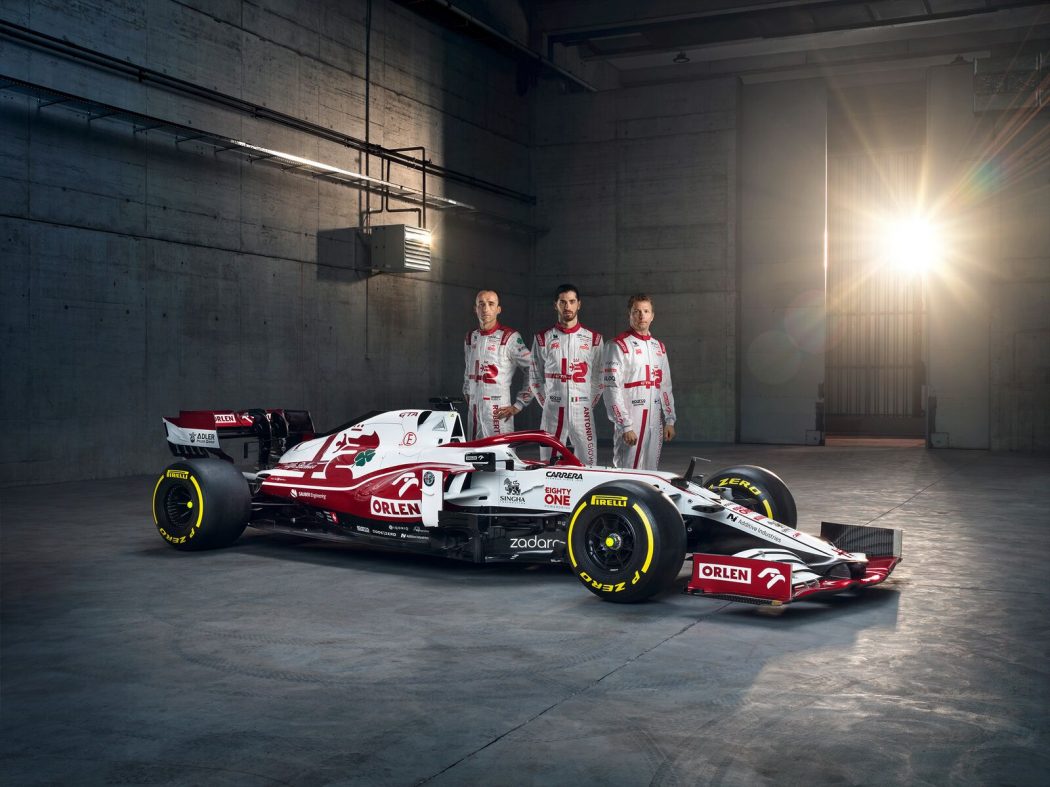 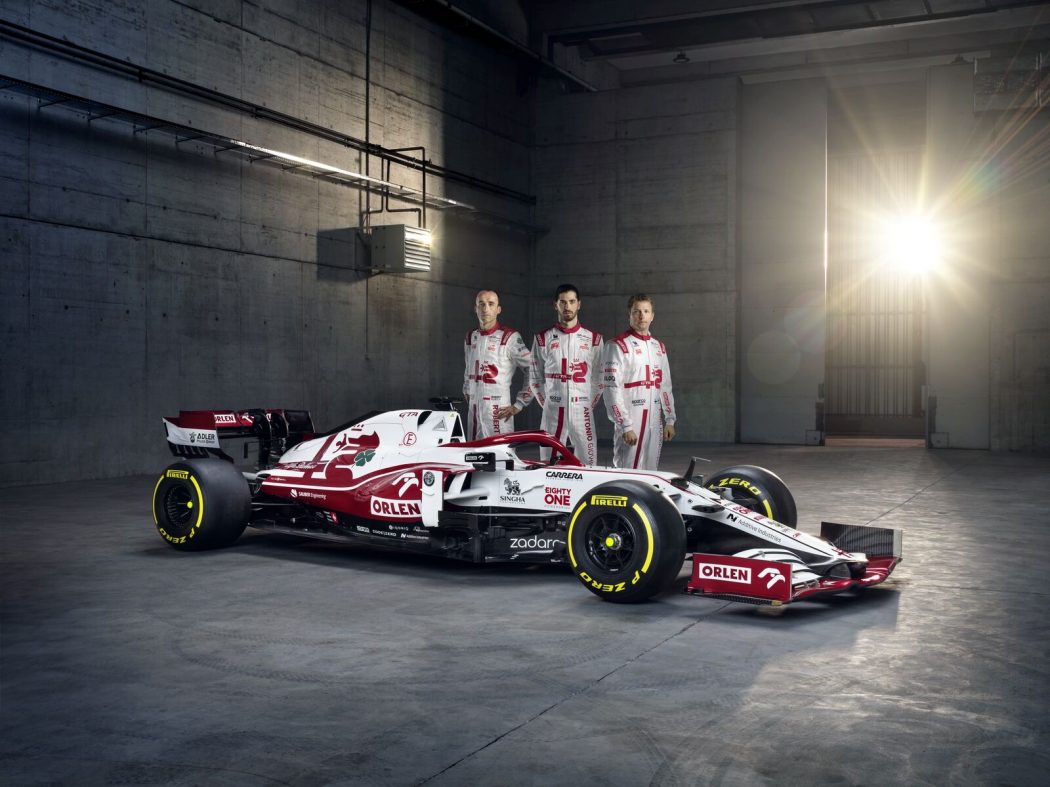 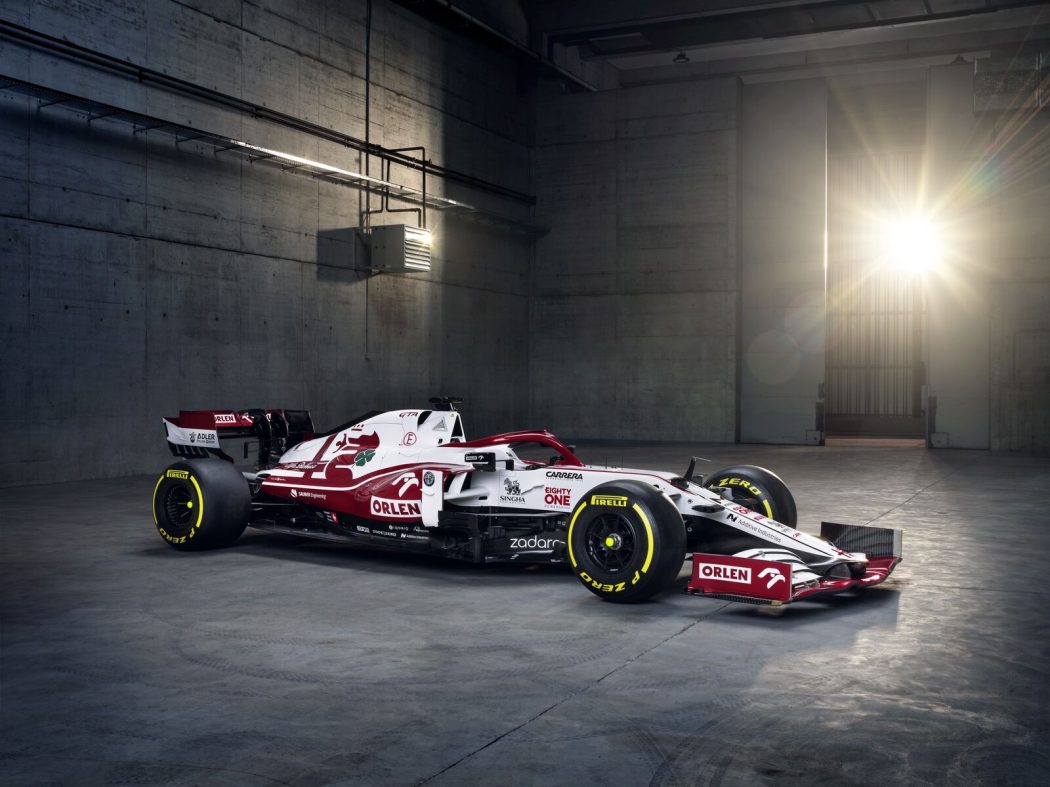 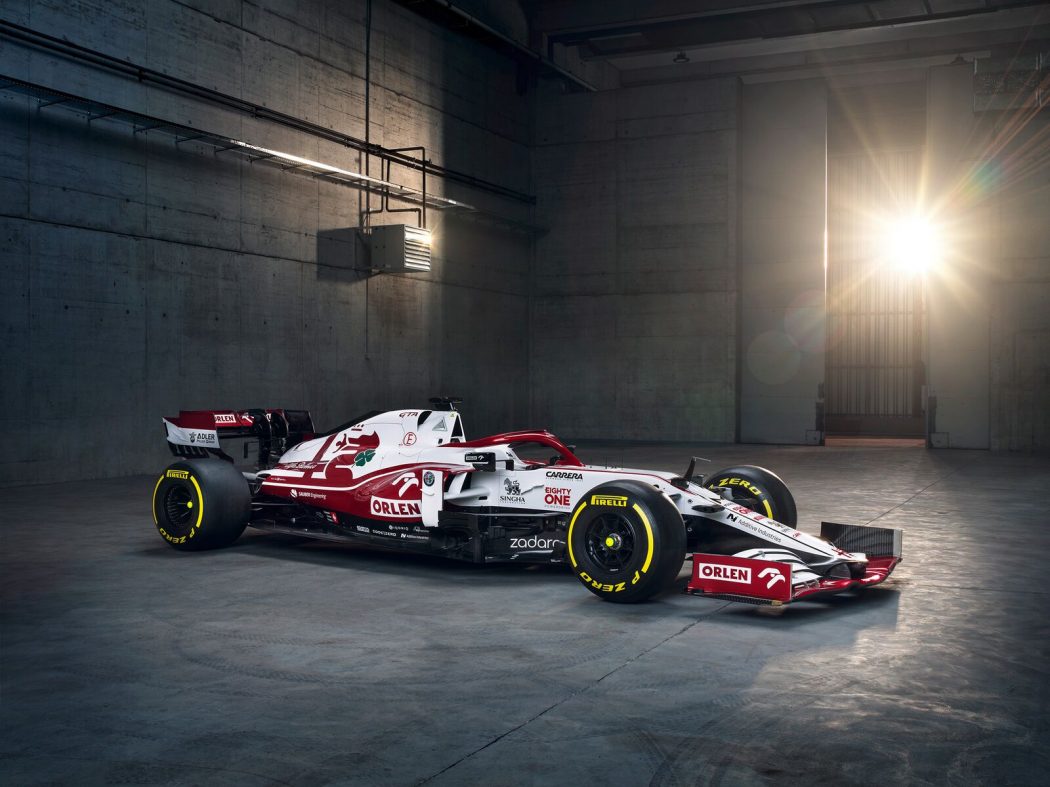 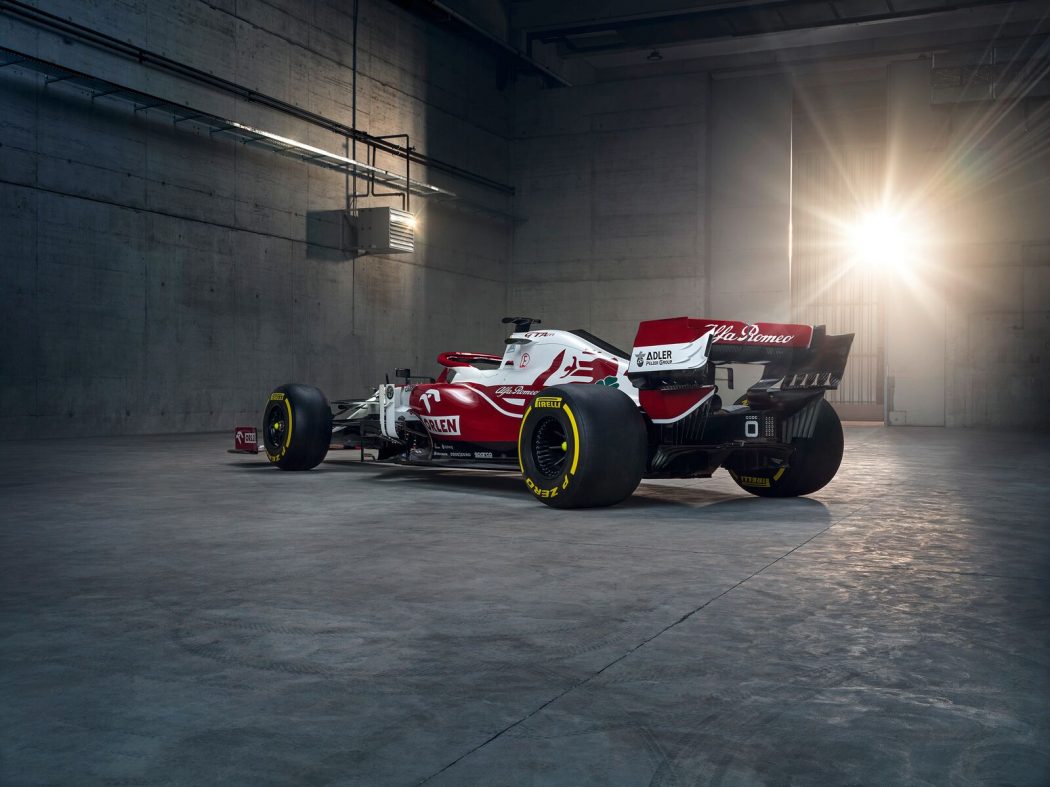 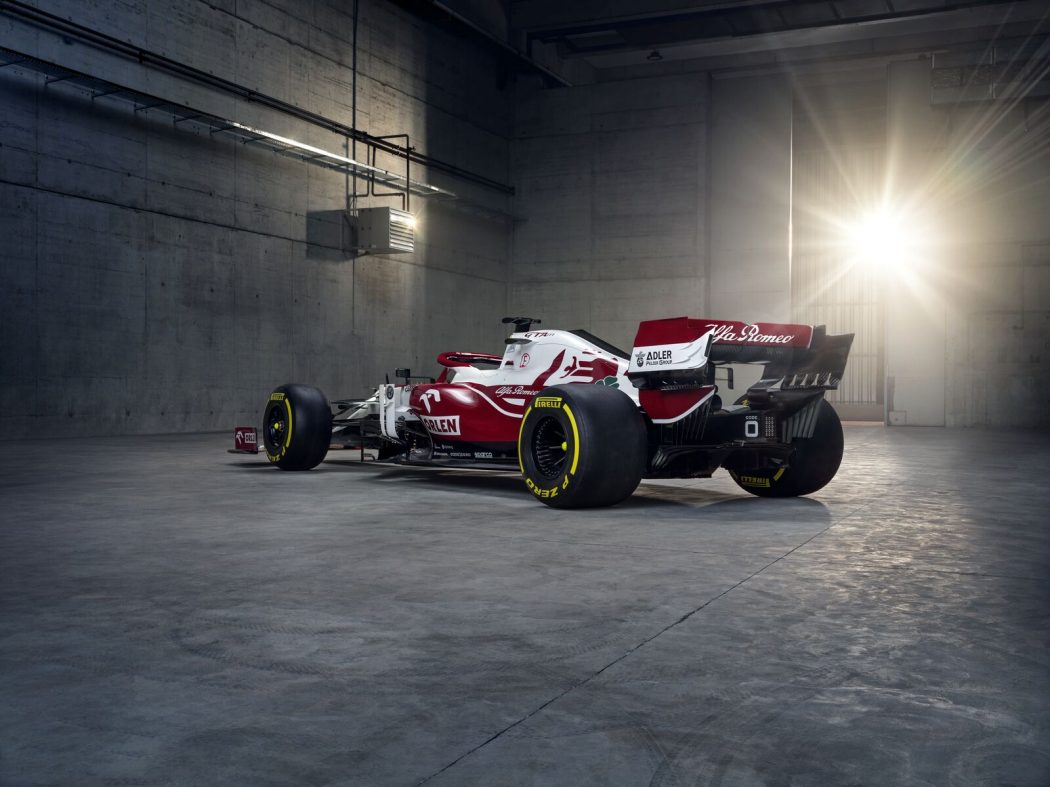 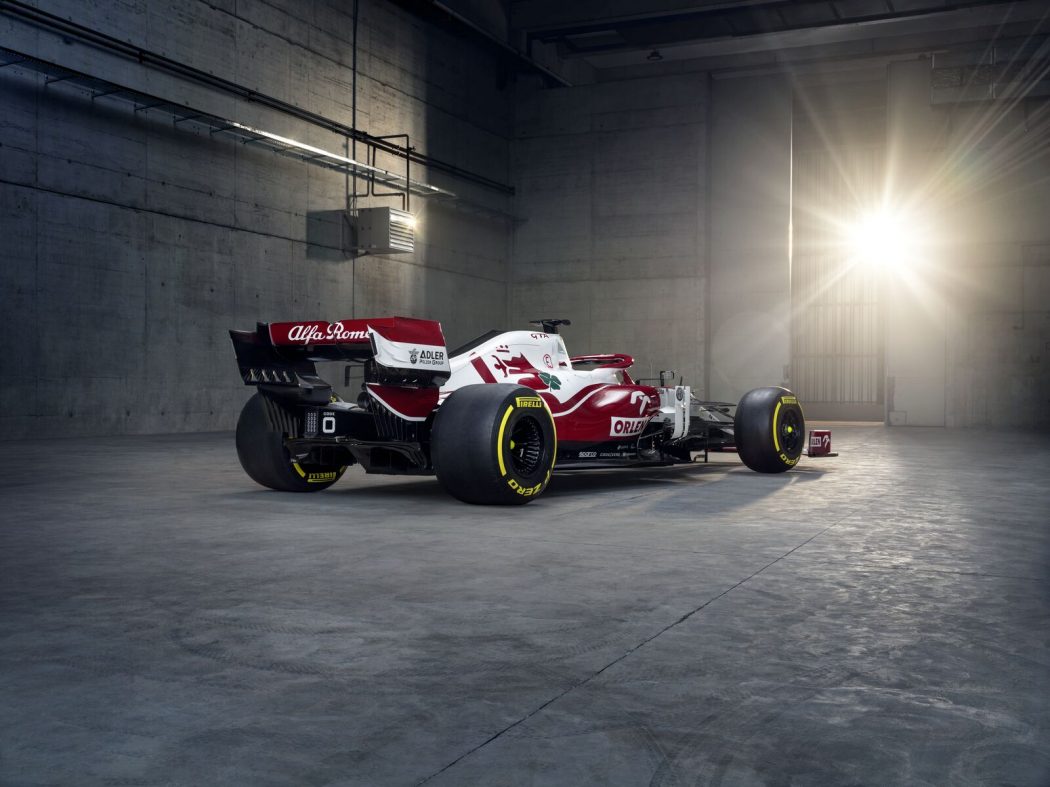 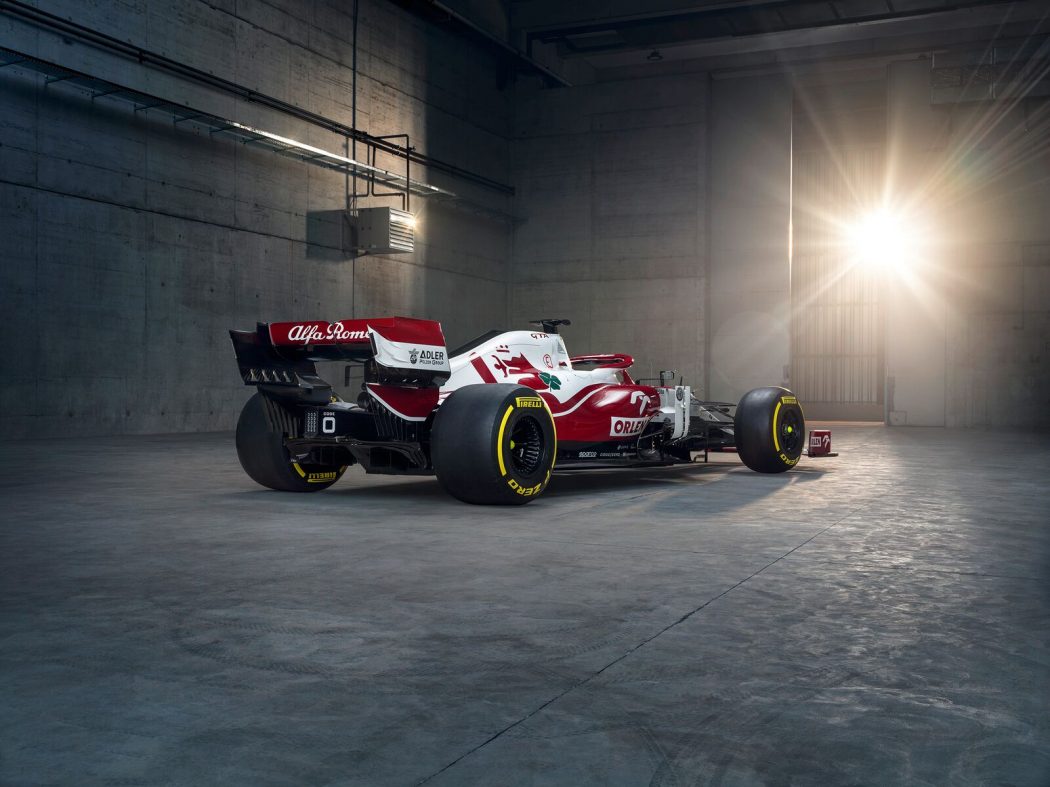 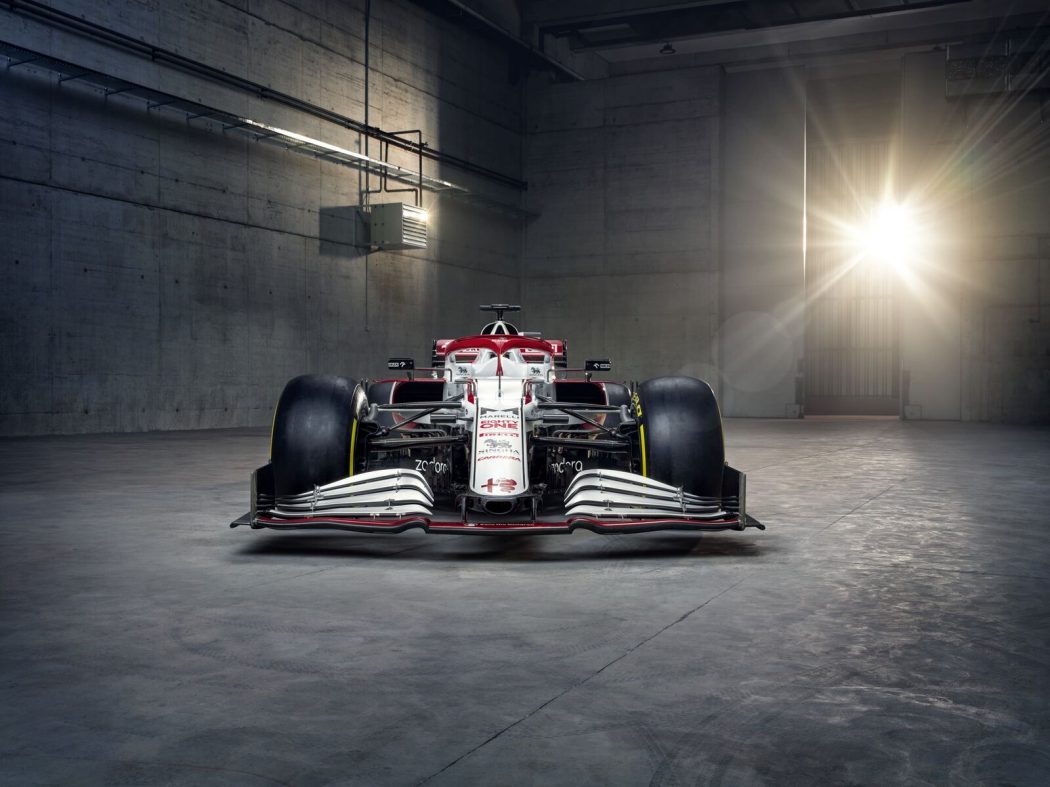 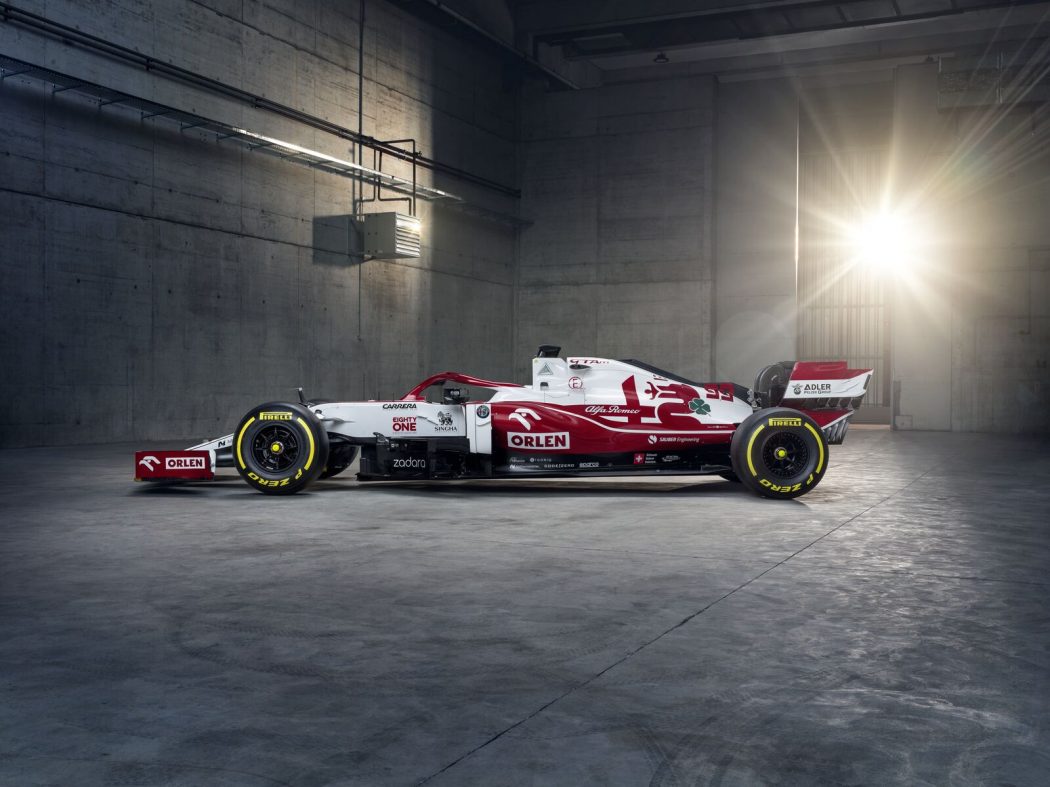 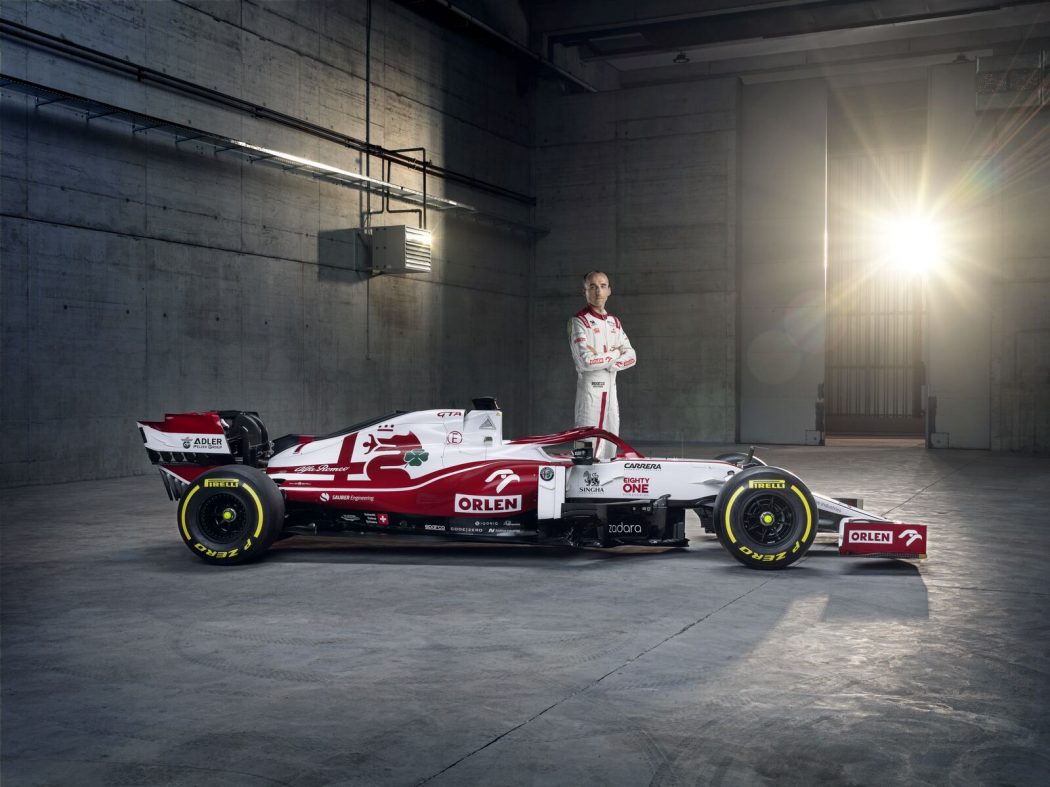 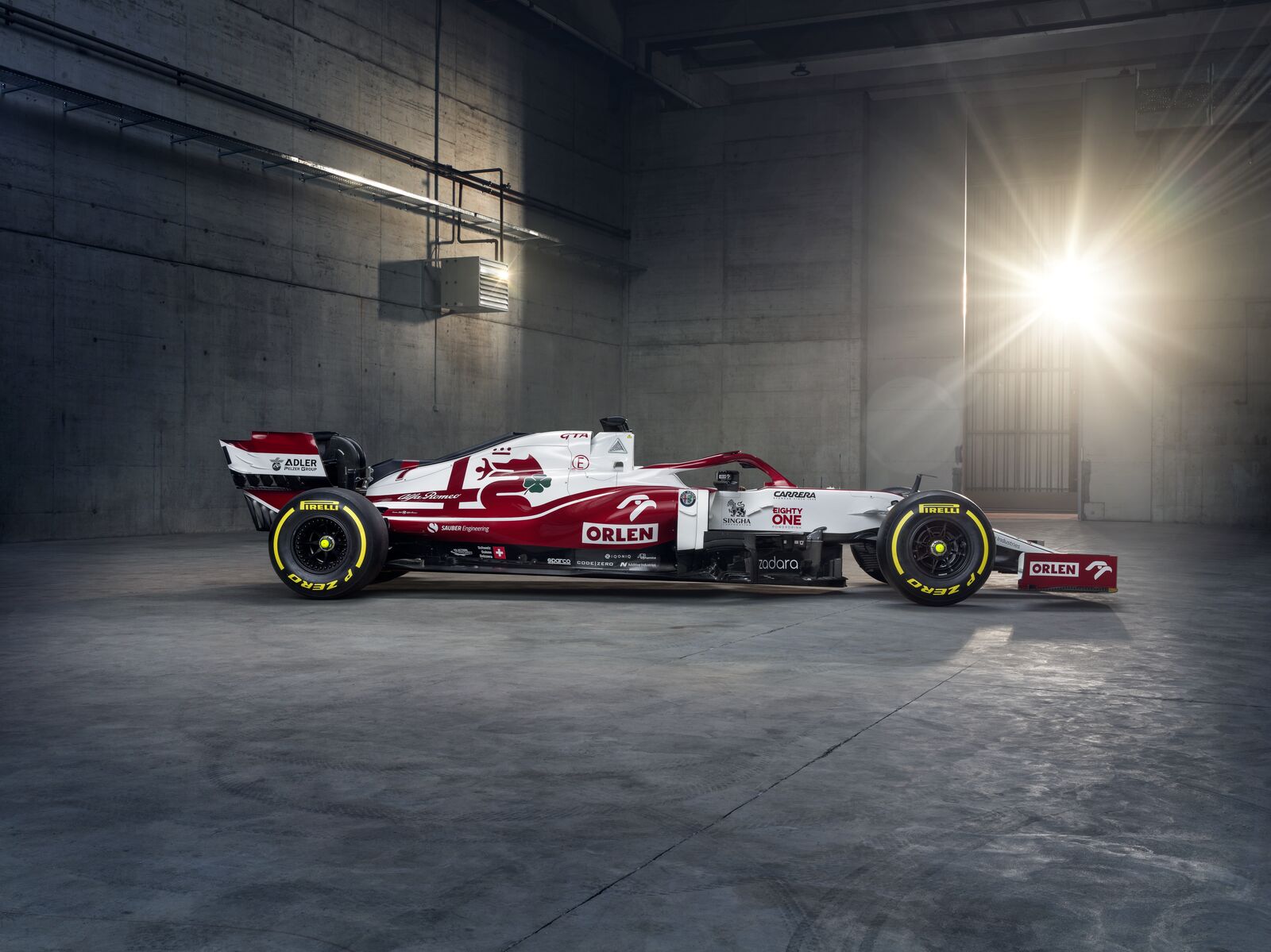 The C41 Alfa Romeo, the latest contender created by Sauber Motorsport, which manages and operates the Alfa Romeo Racing ORLEN team in the Formula One championship, saw the light in Warsaw just minutes after noon.

A spectacular ceremony in the impressive setting of the Grand Theatre, in Poland’s capital city, saw the attendance of a limited number of senior team personnel – with media, fans and team employees being invited to watch virtually in respect of the local Covid regulations. Team drivers, Kimi Räikkönen and Antonio Giovinazzi, and reserve driver, Robert Kubica, entered the stage as the C41 Alfa Romeo, in a striking new livery, was revealed in all its glory.

Featuring a novel colour scheme, designed by Alfa Romeo’s Centro Stile and featuring the now-traditional red and white colours of the team, the car, designed under the coordination of Technical Director, Jan Monchaux, represents an evolution of the C39 that competed in the 2020 season. Owing to the restrictions imposed by the regulations, the car carries over many of the components of its predecessor, while still striking with its renewed appearance, in particular in regard to the nosecone, an area on which the team chose to focus its development tokens. Under the bodywork, a new Ferrari engine lies in wait, ready to roar in less than a week, when the team embarks onto a new season with the C41’s shakedown in Barcelona on Friday.

Co-Title partner, ORLEN, features prominently on the bodywork, retaining its position on the sidepods, on the Halo and on the rear wing; the Alfa Romeo logo, featuring the Visconti snake-and-cross crest, is flanked by the Quadrifoglio – four-leaf clover – traditionally associated with Alfa Romeo’s racing efforts, and the logo of Autodelta, the brand’s legendary competition department. The logos of returning and new partners adorn the bodywork, contributing to the creation of one of the standout cars on the grid – a classic design that embodies the passion and tradition of the marques it represents.

Having unveiled its latest creation, the focus of the team now switches to the car’s shakedown and the crucial three days of pre-season testing in the desert setting of Sakhir (March 12-14). This year’s reduced testing session in Bahrain will represent the sole chance for the team to fine-tune its product ahead of the season-opening Bahrain Grand Prix.

“The launch of a new car is always an emotional moment, the culmination of months of effort from everyone back at the factory and the start of a new adventure. I think the philosophy upon which the team is based remains the same – we have to do a better job tomorrow than we are doing today. We finished last season in P8, so we have to target a better result in 2021. To do so, we have to keep improving in each department, trackside and back at HQ. Every team on the grid has very high expectations right now: all the teams expect to do a good job in the winter and to be in a good position for the first race, but soon it will be the time for everyone to show their cards.”

“The C41 is the result of a very unusual situation in Formula One, in which the regulations have made us unable to develop an entirely new car for this year. For this reason, our 2021 car shares a lot of common parts with the C39, with the exception of those which the regulations forced us to change – such as the floor – and the nosecone, in which we invested our two development tokens. This means we will know the car much better than usual when we get to testing, but it’s still going to be crucial to make the most of those three days to verify that reality matches our expectations and to get to know the new tyres. We are ready for the new season and we can’t wait to see our new car on the track.”