Christian Horner: Formula 1 is in a pretty good shape 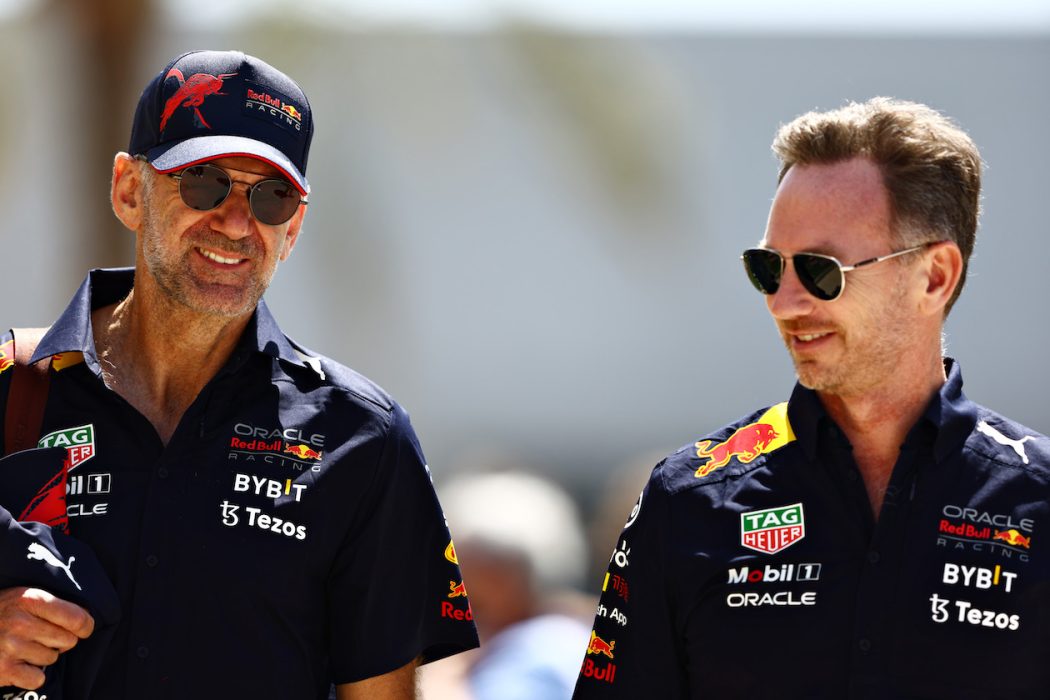 BAHRAIN, BAHRAIN - MARCH 18: <> during practice ahead of the F1 Grand Prix of Bahrain at Bahrain International Circuit on March 18, 2022 in Bahrain, Bahrain. (Photo by Mark Thompson/Getty Images) 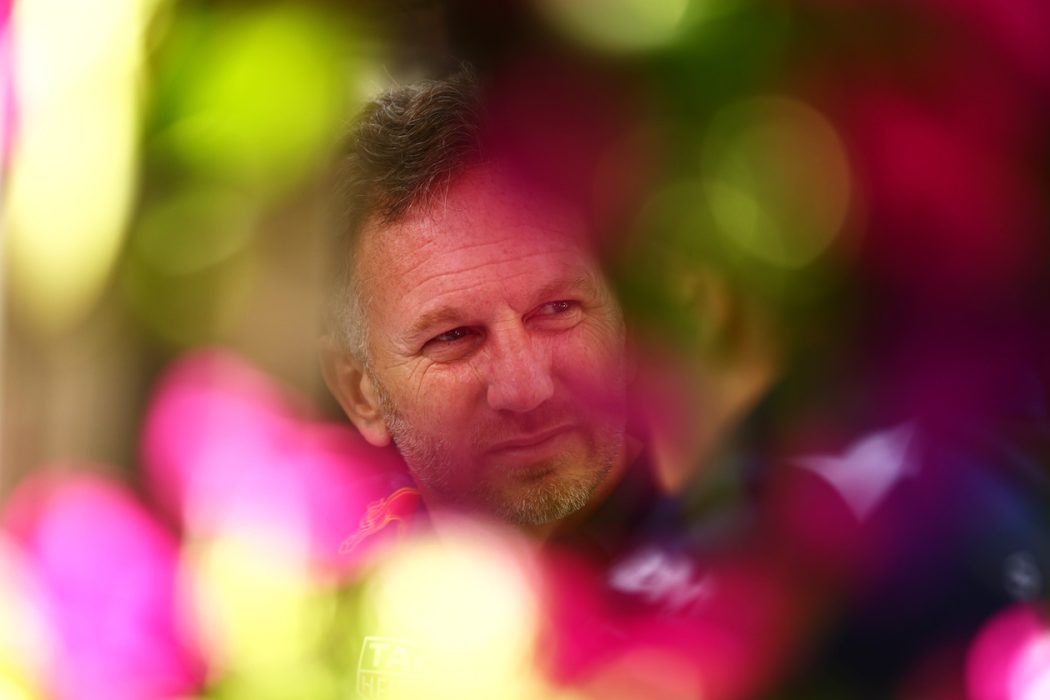 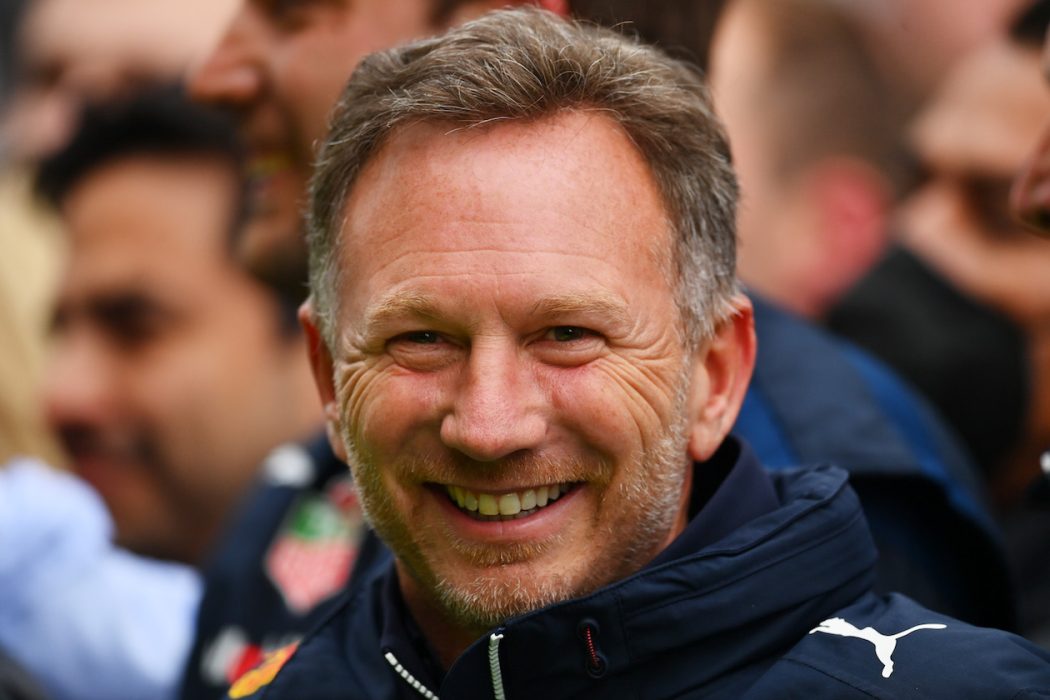 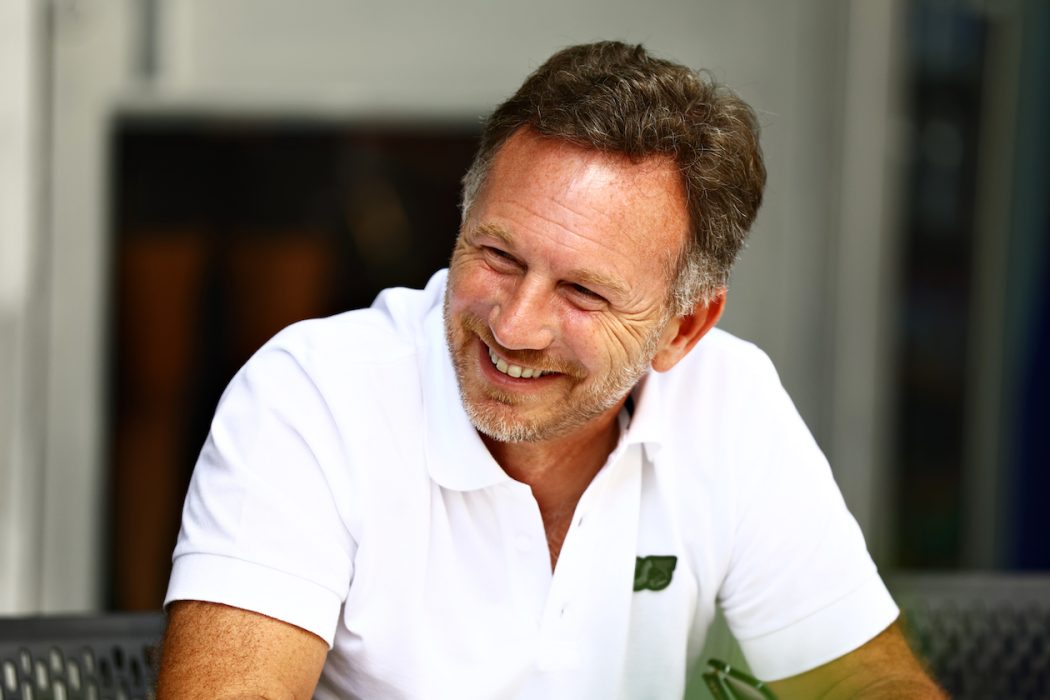 MIAMI, FLORIDA - MAY 05: <> during previews ahead of the F1 Grand Prix of Miami at the Miami International Autodrome on May 05, 2022 in Miami, Florida. (Photo by Mark Thompson/Getty Images) 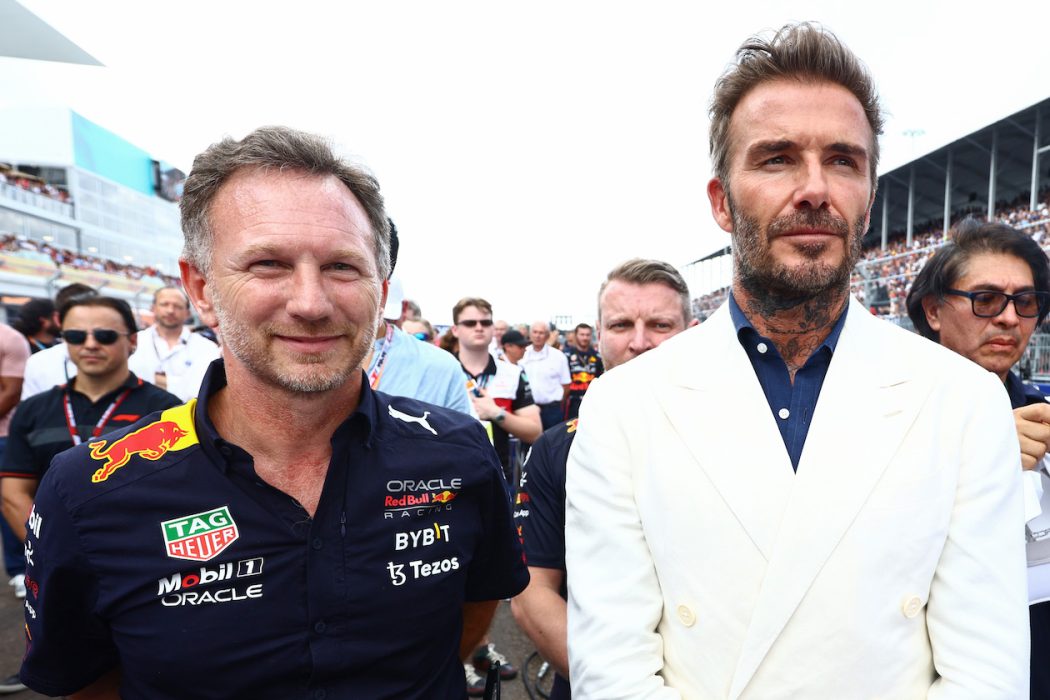 MIAMI, FLORIDA - MAY 08: Red Bull Racing Team Principal Christian Horner and David Beckham stand on the grid prior to the F1 Grand Prix of Miami at the Miami International Autodrome on May 08, 2022 in Miami, Florida. (Photo by Mark Thompson/Getty Images) 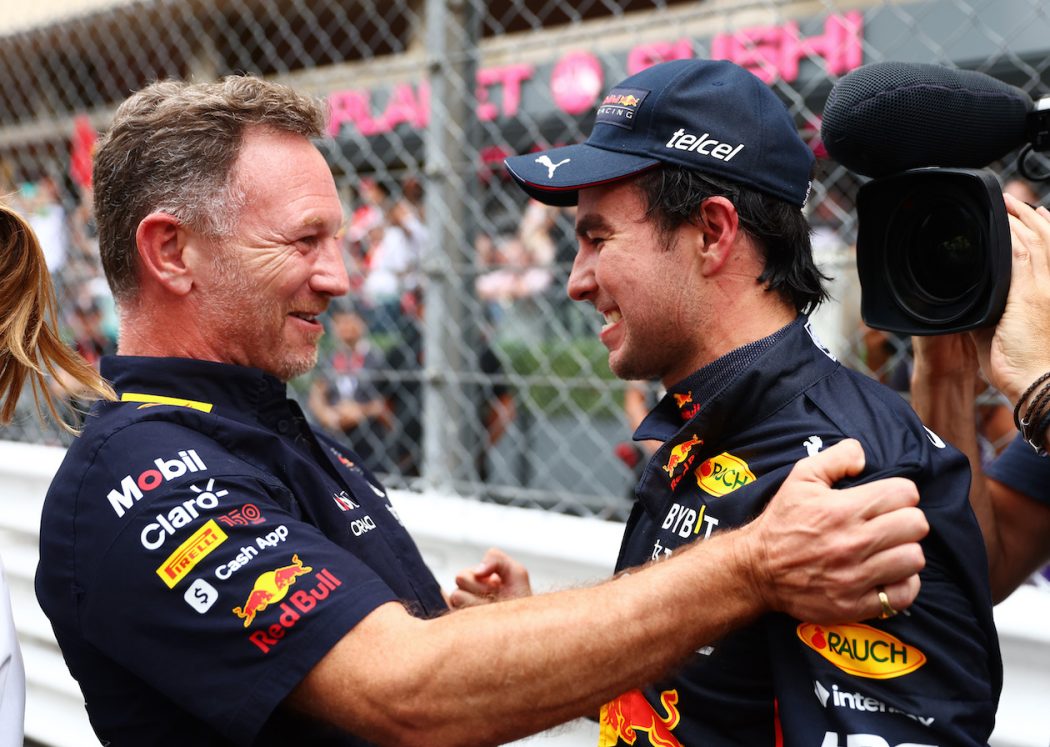 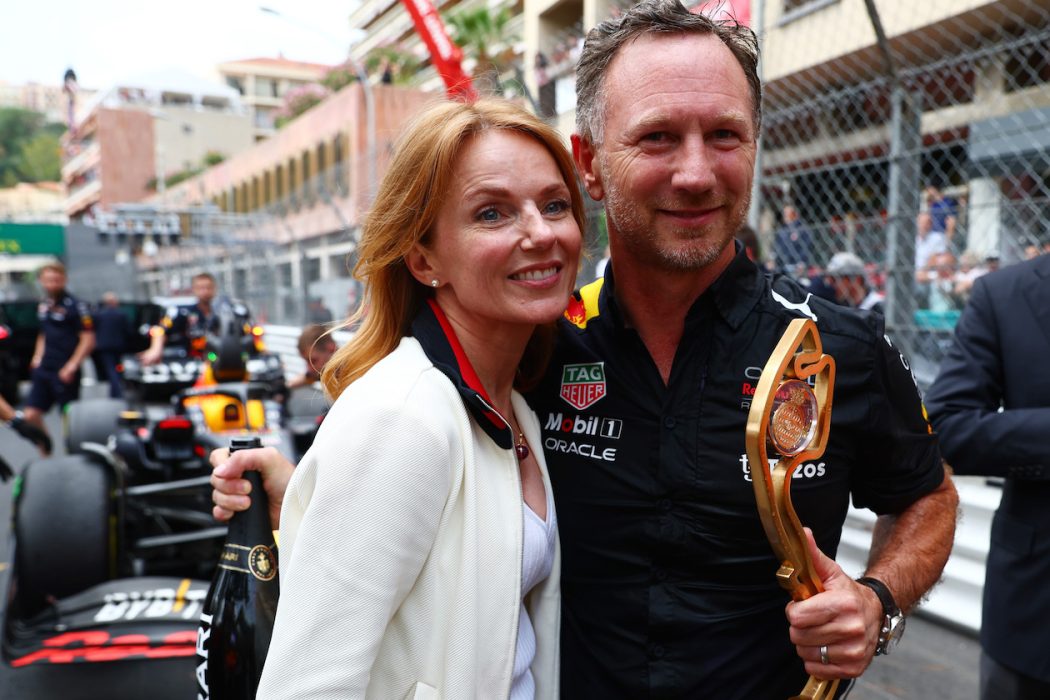 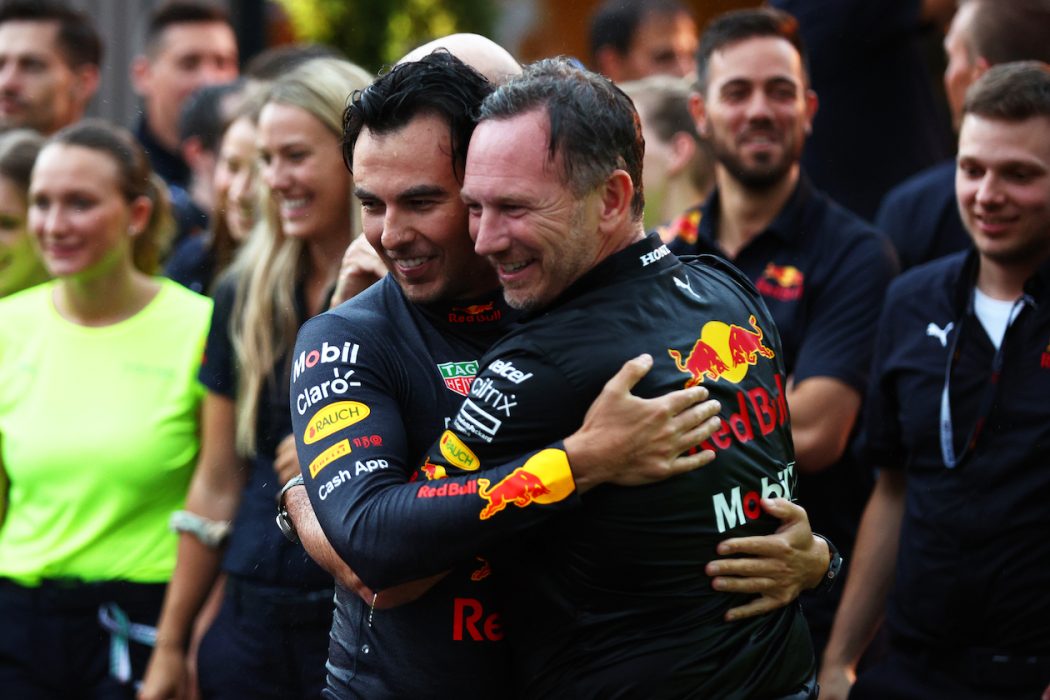 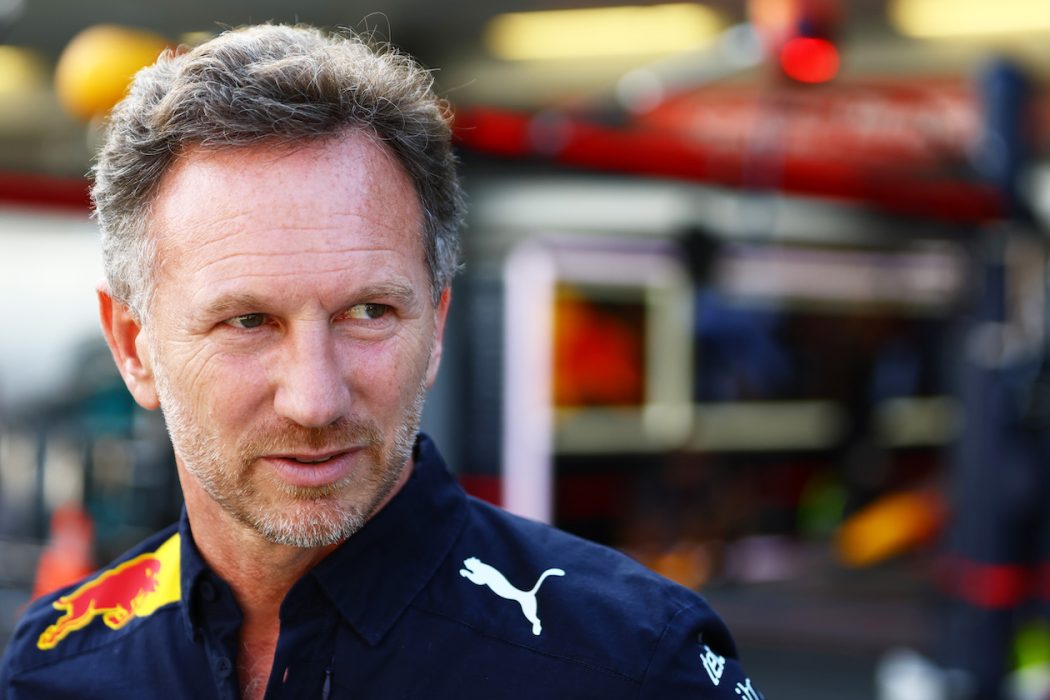 BAKU, AZERBAIJAN - JUNE 11: Red Bull Racing Team Principal Christian Horner looks on from the pitlane during qualifying ahead of the F1 Grand Prix of Azerbaijan at Baku City Circuit on June 11, 2022 in Baku, Azerbaijan. (Photo by Mark Thompson/Getty Images) 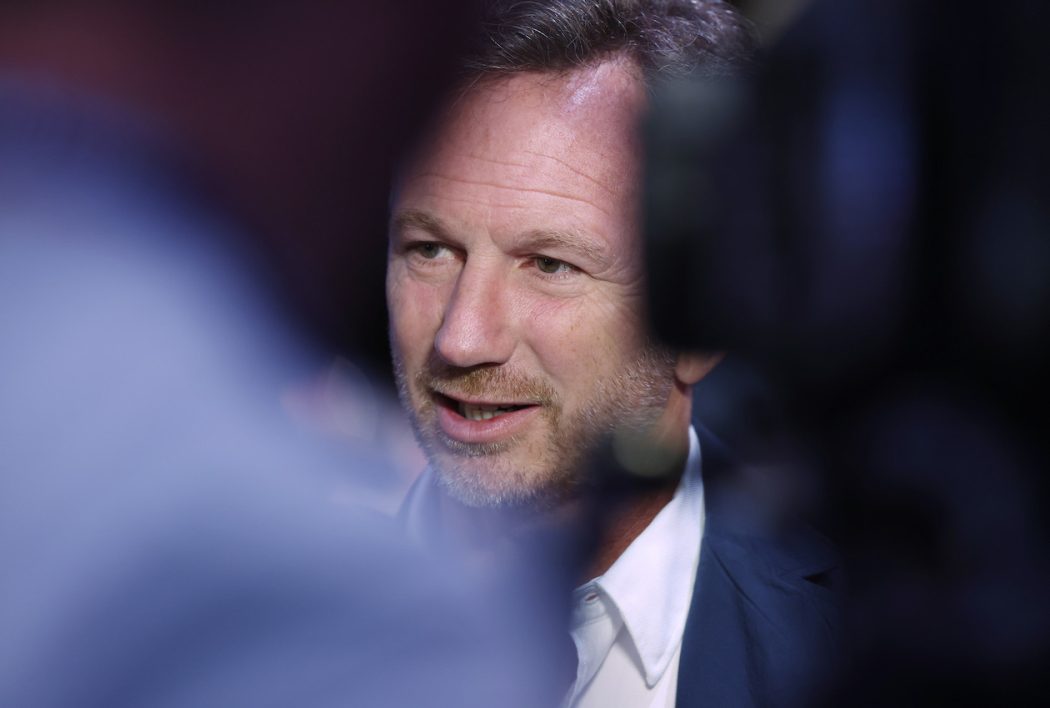 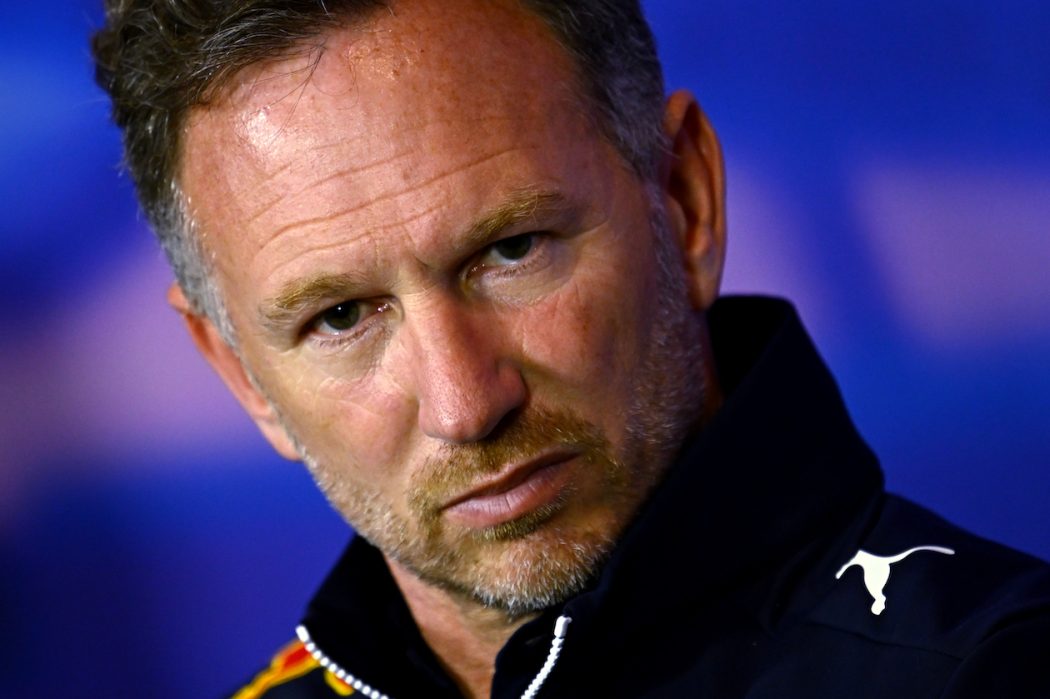 NORTHAMPTON, ENGLAND - JULY 02: Red Bull Racing Team Principal Christian Horner looks on in the Team Principals Press Conference prior to final practice ahead of the F1 Grand Prix of Great Britain at Silverstone on July 02, 2022 in Northampton, England. (Photo by Clive Mason/Getty Images) 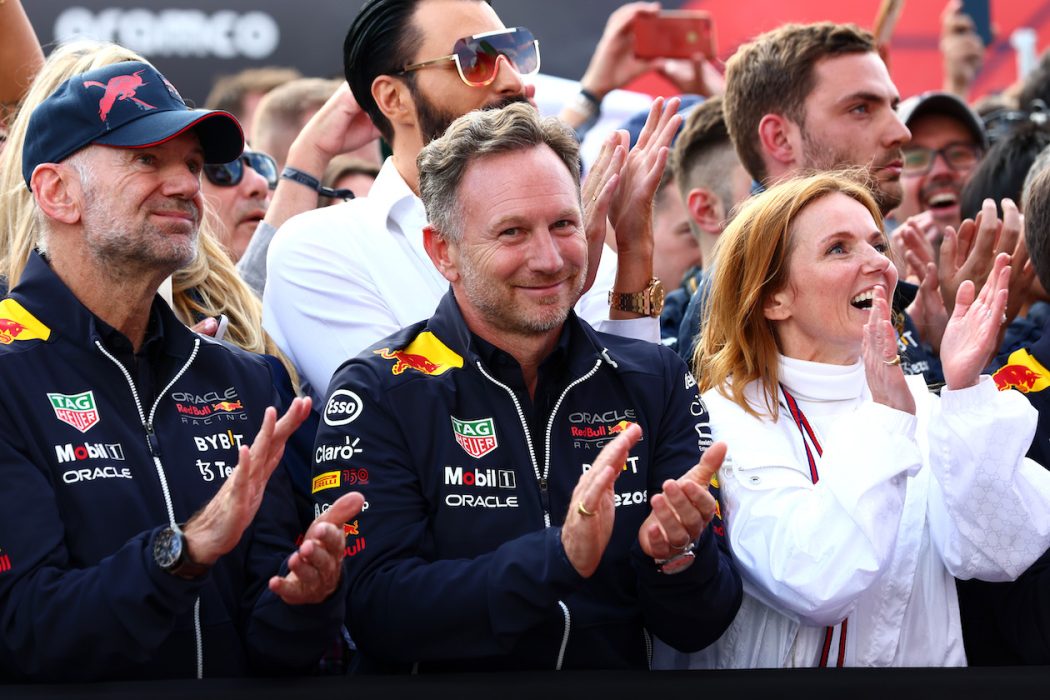 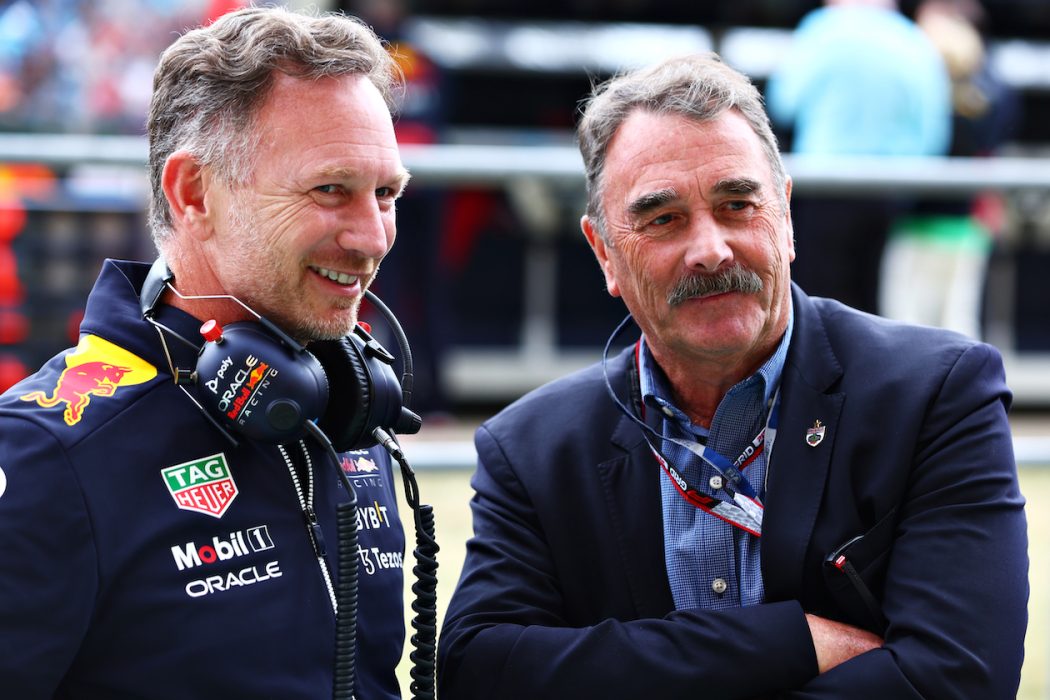 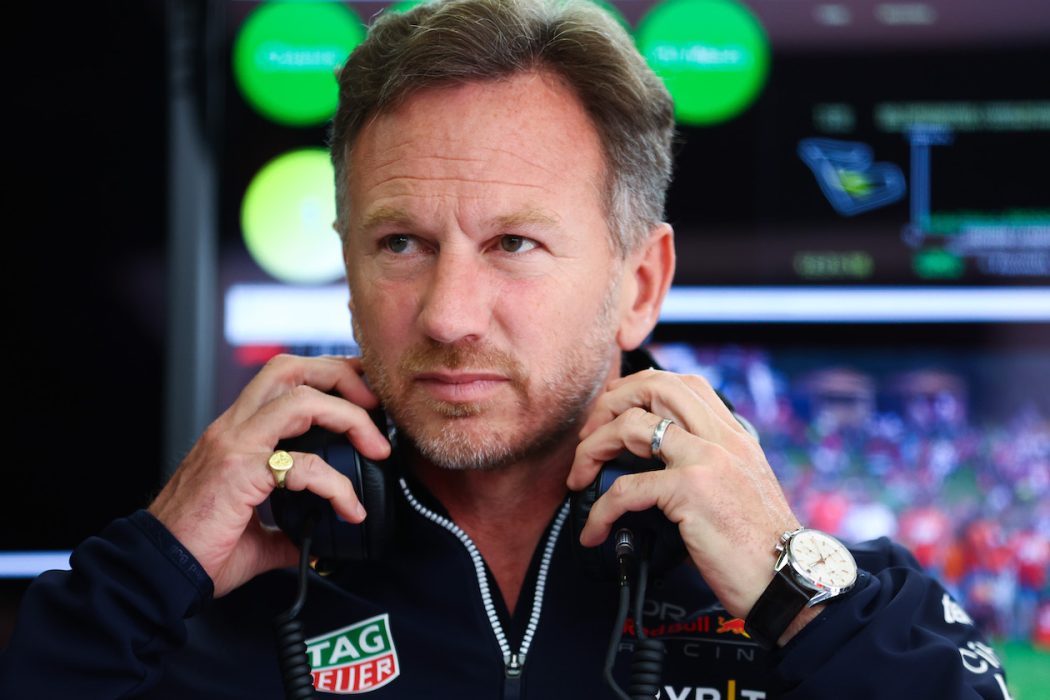 SPIELBERG, AUSTRIA - JULY 09: Red Bull Racing Team Principal Christian Horner looks on in the garage during practice ahead of the F1 Grand Prix of Austria at Red Bull Ring on July 09, 2022 in Spielberg, Austria. (Photo by Bryn Lennon/Getty Images) 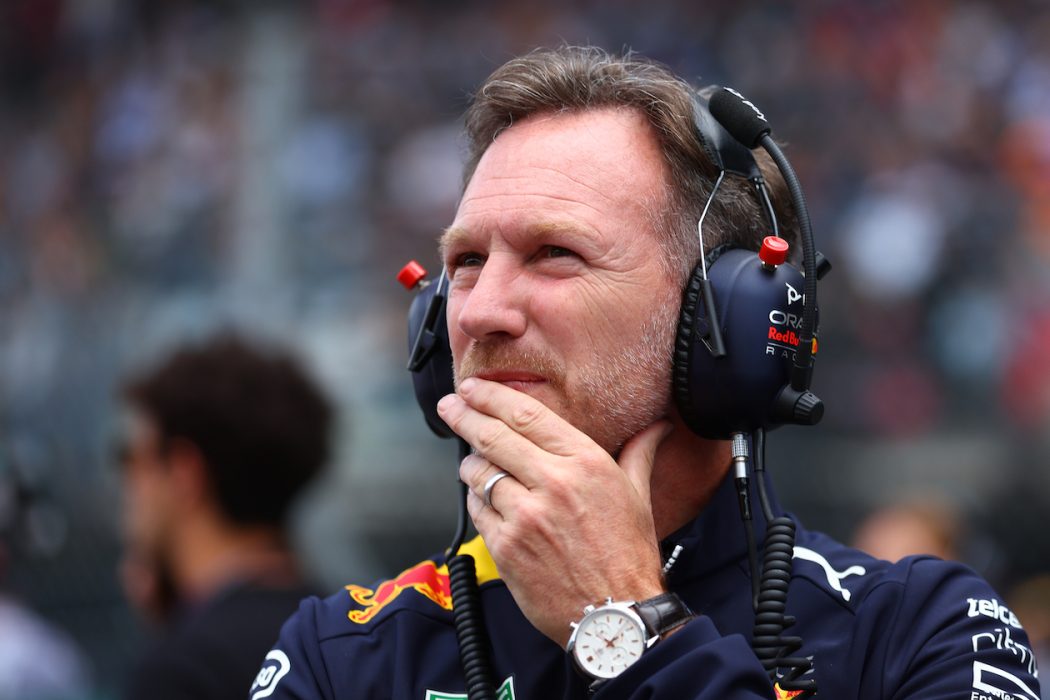 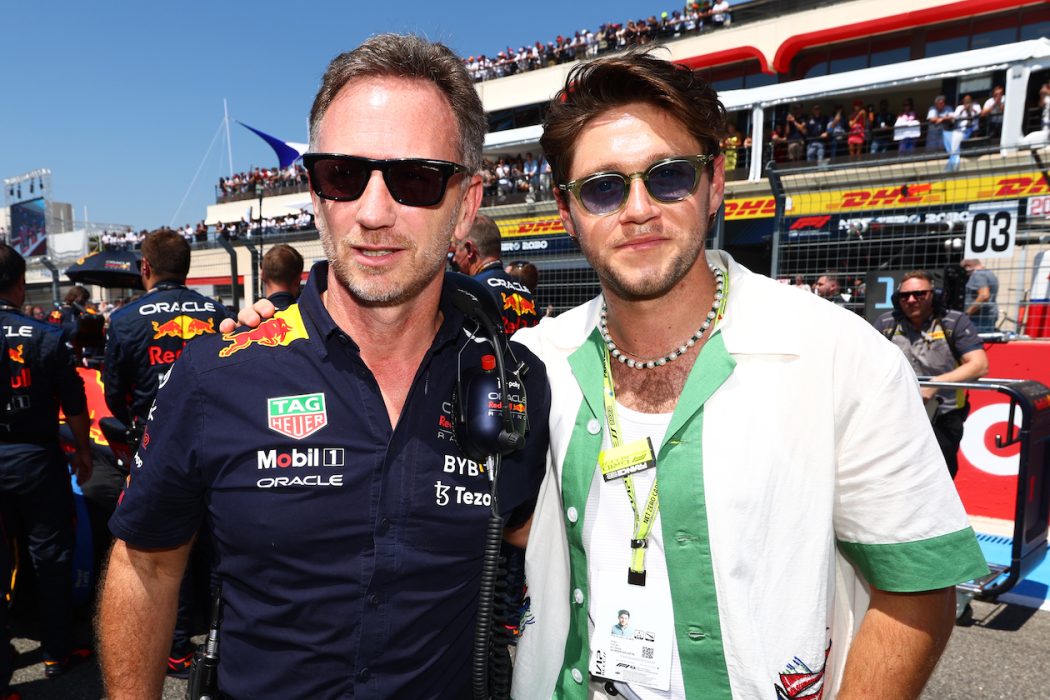 We at Paddock Magazine had the opportunity to sit down and have a chat with Oracle Red Bull Racing’s team principal, Christian Horner. Christian is still one of the youngest team principals of the Formula 1 paddock, albeit he’s already in his 18th F1 season. Thanks to the dominant form of Red Bull Racing, the Austrian team continues to lead the constructor’s championship.

What’s the biggest strength of Red Bull that can help you win the championship this year?

I think it’s the people, the attitude, the culture, the spirit… It’s a people sport, and it’s a people team. Obviously, we’ve had a good start to the season, but we have to keep that momentum running. Racing against such a big brand as Ferrari is unique. It’s great for Formula 1 that we’re competing against Ferrari at such a high level. To be honest, it’s refreshing to race against another competitor, but Mercedes will be back – no doubt.

What can you do to follow the cost cap-related rules, which seem to be not a straightforward task because of global inflation?

I think we have to drive efficiency. Many of the teams are struggling with inflation that continues to increase. Obviously, there are elements which we can’t control – like raw material, freight or just the general cost of living. We see a tremendous increase in that area and it’s difficult for us to counter. I think it’s still not late to rethink the cost cap regulations. These elements are beyond our control and it’s clearly an FIA issue. We had to do several changes, we’ve had redundancies, which were obviously very painful for many people who were part of the team for many years. It would be incorrect to make more people redundant just because of inflation. [In the meantime, FIA has announced that the cost cap of $140 million has been raised by 3.1%.]

It’s refreshing to race against another competitor

Formula 1 has undergone huge regulation changes this year. How could you evaluate them?

This year has got off to a great start with cars that can follow more closely. The initiatives like Drive to Survive had an enormous effect on bringing new followers to the sport. On the other hand, I think there are some changes that we need to wind back. The working time is something that we need to look at. Coming to Monaco with a new weekend format – I think it just makes the weekend more intense. When we have a look at the calendar, it’s fair to say that Formula 1 is in pretty good shape as we have a global championship right now and it’s not all about this season, last year was probably one of the greatest seasons of all time. When we look at our team – these are tremendously exciting times for us too, we now produce our own power unit. Our team is growing and growing and there are many interesting challenges ahead of us.

How could you compare your current driver line-up to a previous one, like Vettel and Ricciardo?

That’s not an easy one. In my opinion, it’s always difficult to compare drivers. They’re all distinct characters. What Sebastian has achieved, it was incredible at that time. Daniel did a super job for us, and Max is obviously performing brilliantly well. It’s just difficult to draw a comparison as they’ve raced for us in different periods. There are a few things which are consistent with them: their approach, their attitude and their hunger to win.

These are tremendously exciting times for us

Do you monitor the performance of Alex Albon at Williams?

Of course! Alex is a skilled driver, and he is doing a decent job. Personally, I’m pretty impressed with his performance this year.