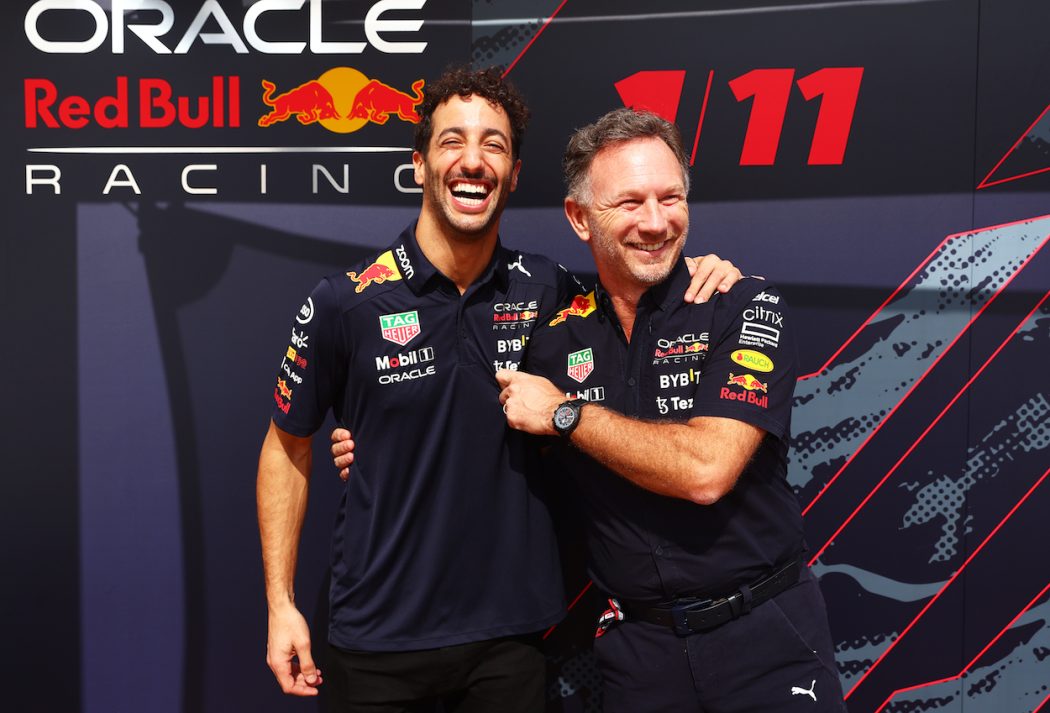 Christian Horner and Daniel Ricciardo embrace, as the Team announces the Australian will return to the Team // Red Bull Racing / Red Bull Content Pool // SI202211230273 // Usage for editorial use only // 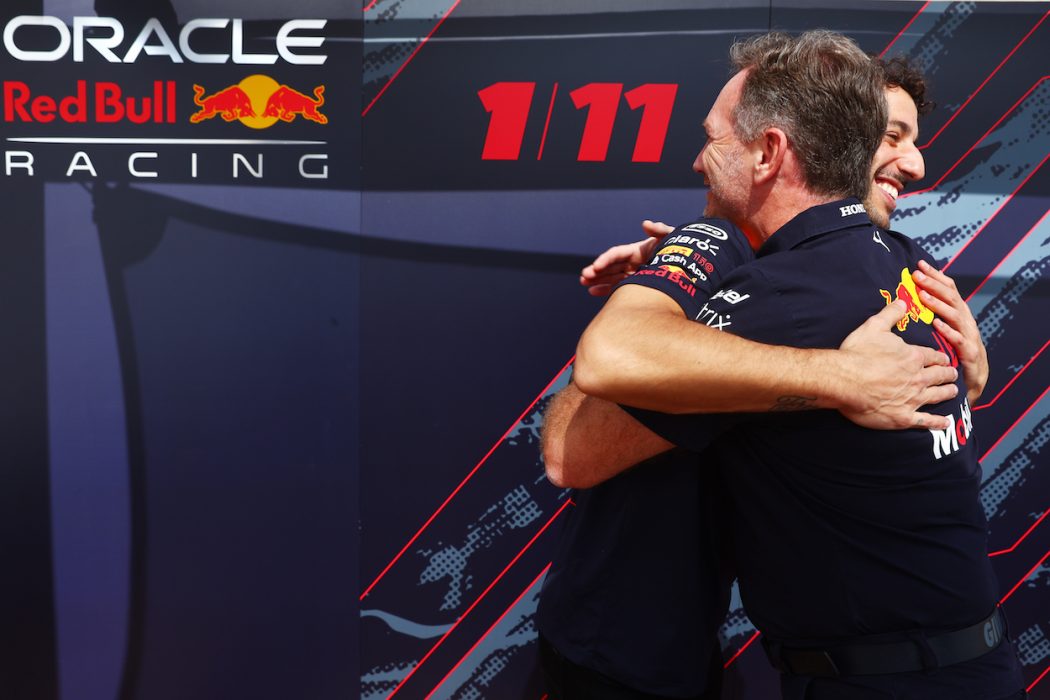 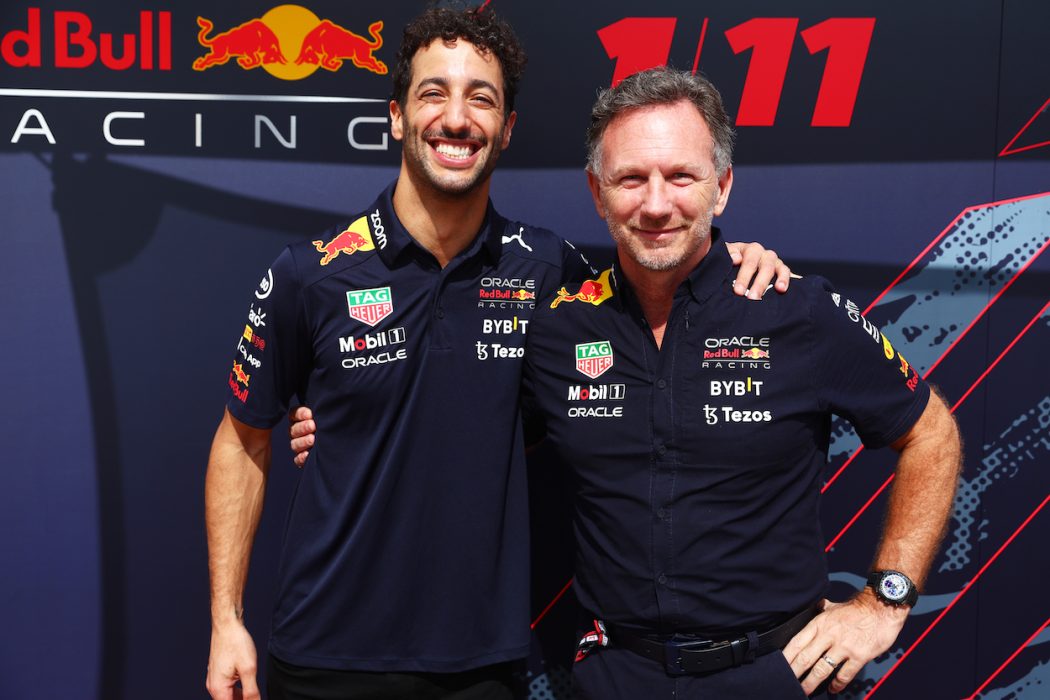 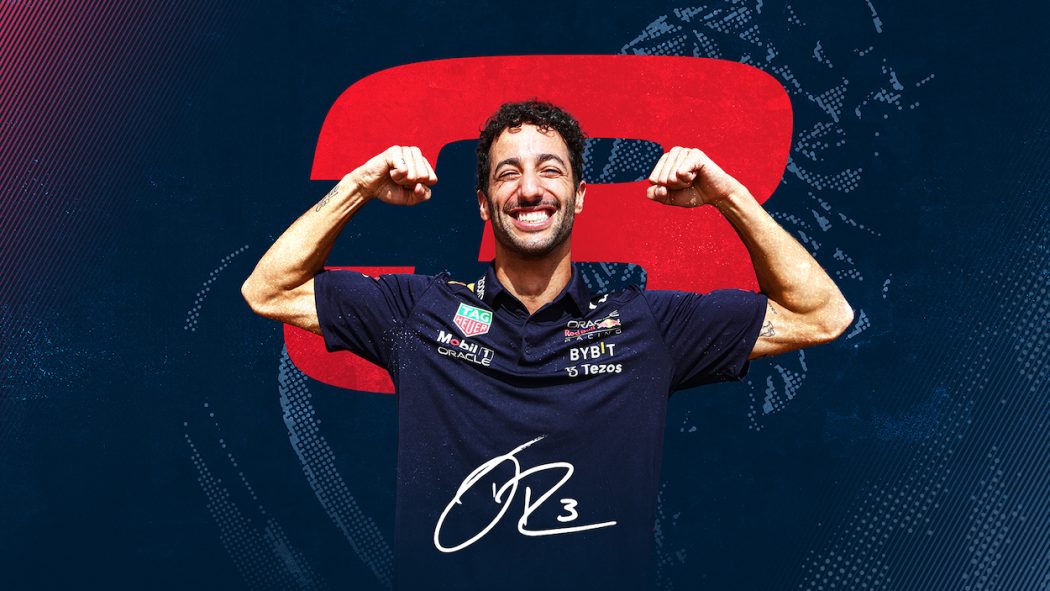 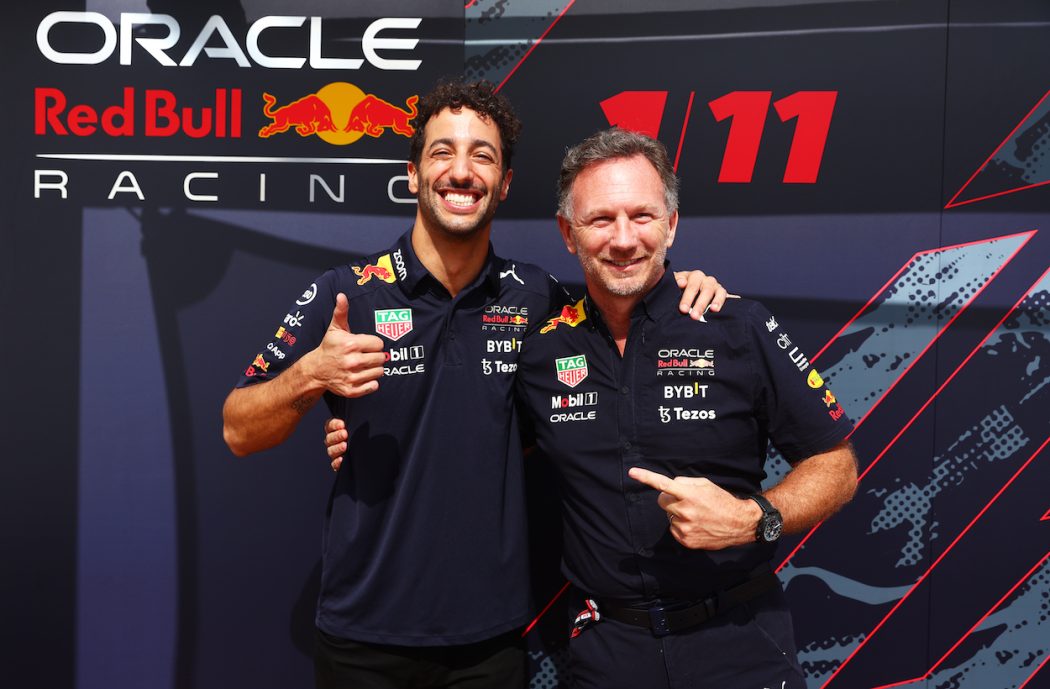 Oracle Red Bull Racing today confirms Daniel Ricciardo will return home and rejoin the Team as the third driver for 2023. Daniel will bring a wealth of experience and character to assist the Team with testing, Sim work, and commercial activity.

With 29 trophies to his name, there were plenty of high points in an excellent first run with Red Bull Racing. Immediately making an impact in his first year in 2014, finishing 3rd in the Championship and securing wins in Montreal and Budapest. Then in 2015 and an epic Monaco performance and the fastest lap of the race, taking his maiden pole at the same race a year later. In 2016, he was also the only driver to finish all 21 races. 2017 saw Daniel win a wild Azerbaijan Grand Prix and take eight other podiums before rolling into the 2018 season with a bang. He won two of the first six races that year, storming through the field in China and then who can forget that win in Monaco or, perhaps just as iconic, that dive into the swimming pool?

Since Daniel left the Team at the end of 2018, he has spent 2 years respectively at Renault and McLaren. Whilst he hasn’t seen the success, he was accustomed to it. He remains a phenomenal and highly respected driver who brings another layer of knowledge and expertise to the Team.

It is great to bring Daniel back into the Red Bull family. He has enormous talent and a brilliant character; I know the whole factory is excited to welcome him home. In his role as test and third driver, Daniel will give us a chance to diversify, assist in the car’s development, and aid the Team with his experience and knowledge of what it takes to succeed in Formula 1. We’re very pleased to be working with Daniel again and look forward to everything he will bring to the Team in 2023.

The smile says it all. I’m truly excited to be coming back home to Oracle Red Bull Racing as their Third Driver in 2023. I already have so many fond memories of my time here, but the welcome from Christian, Dr Marko and the entire team is something I sincerely appreciate. For me personally, the ability to contribute to and be surrounded by the best team in F1 is hugely appealing whilst also giving me some time to recharge and refocus. I can’t wait to be with the team and support them with simulator work, testing sessions and commercial activities. Let’s go!”