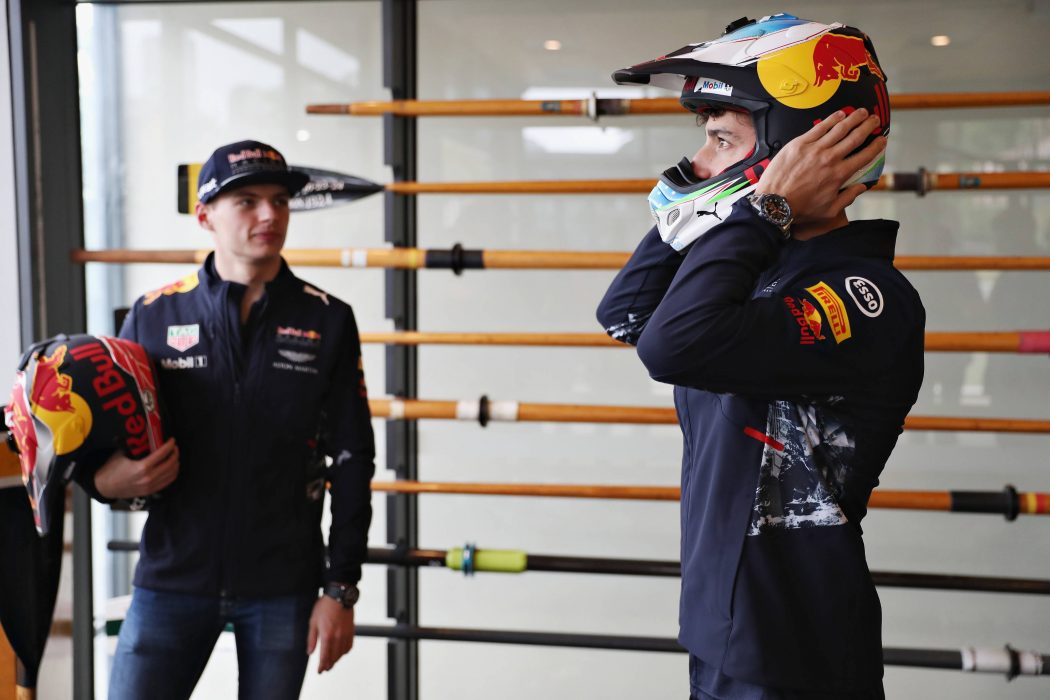 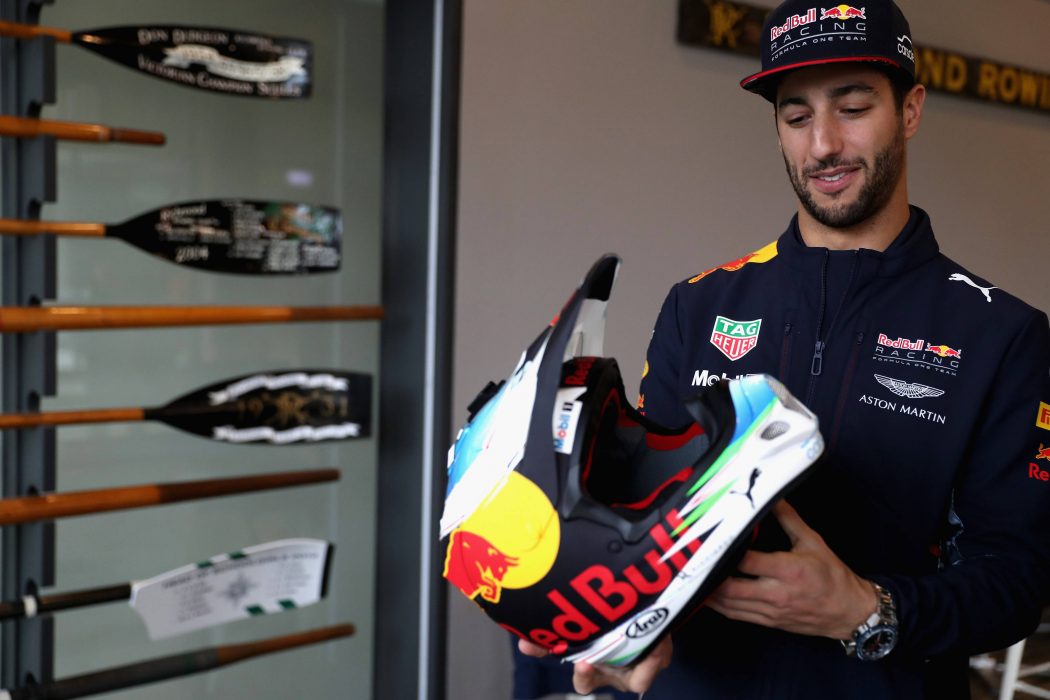 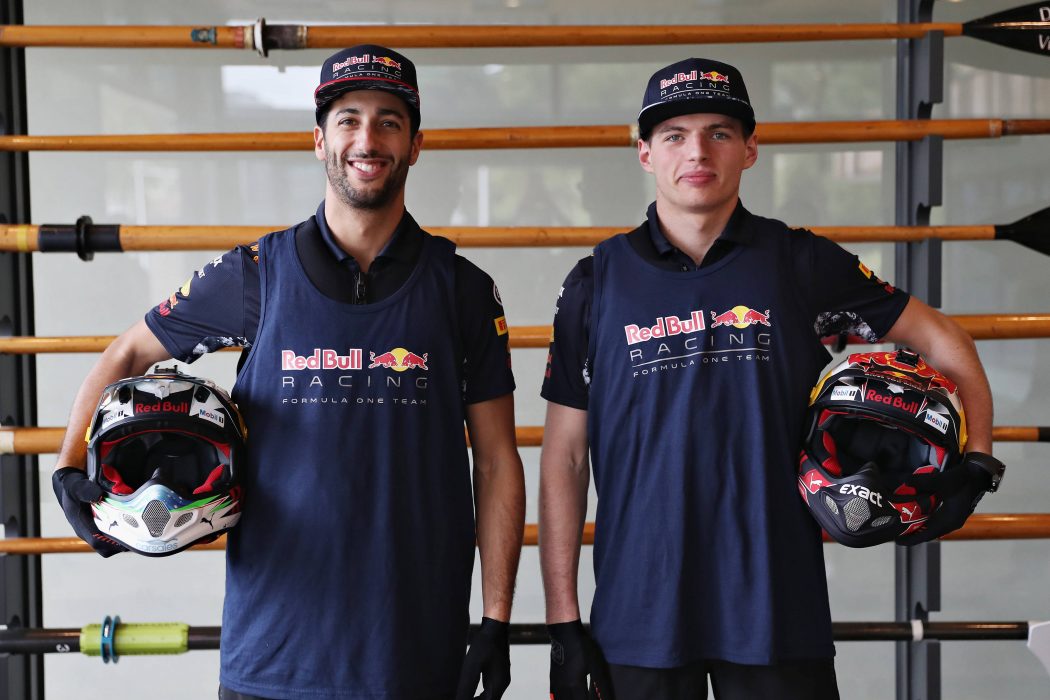 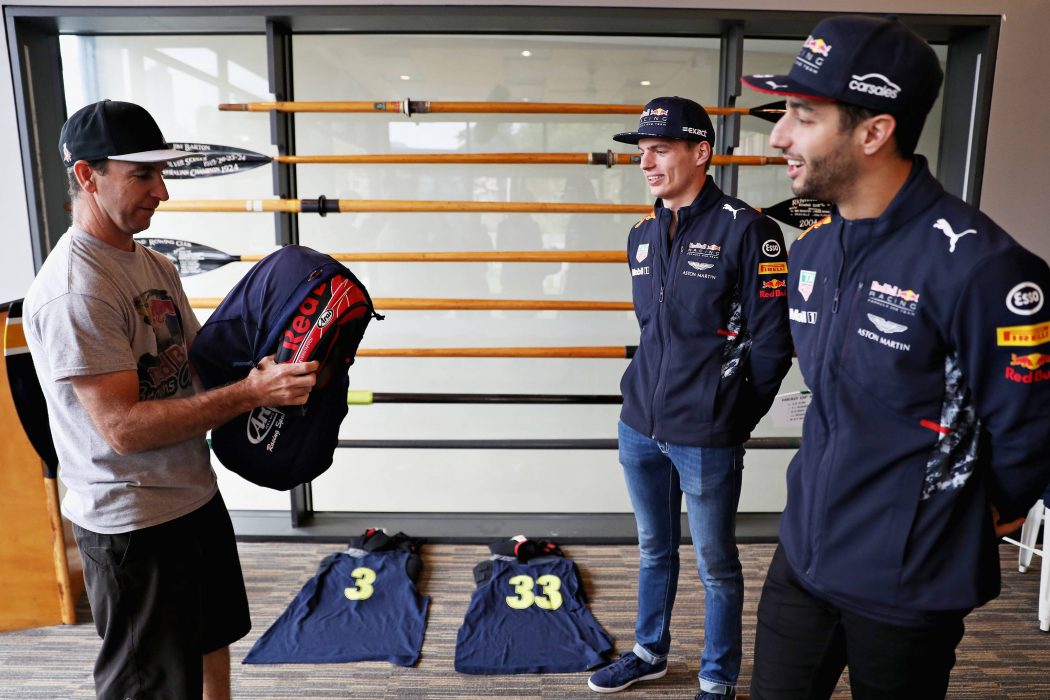 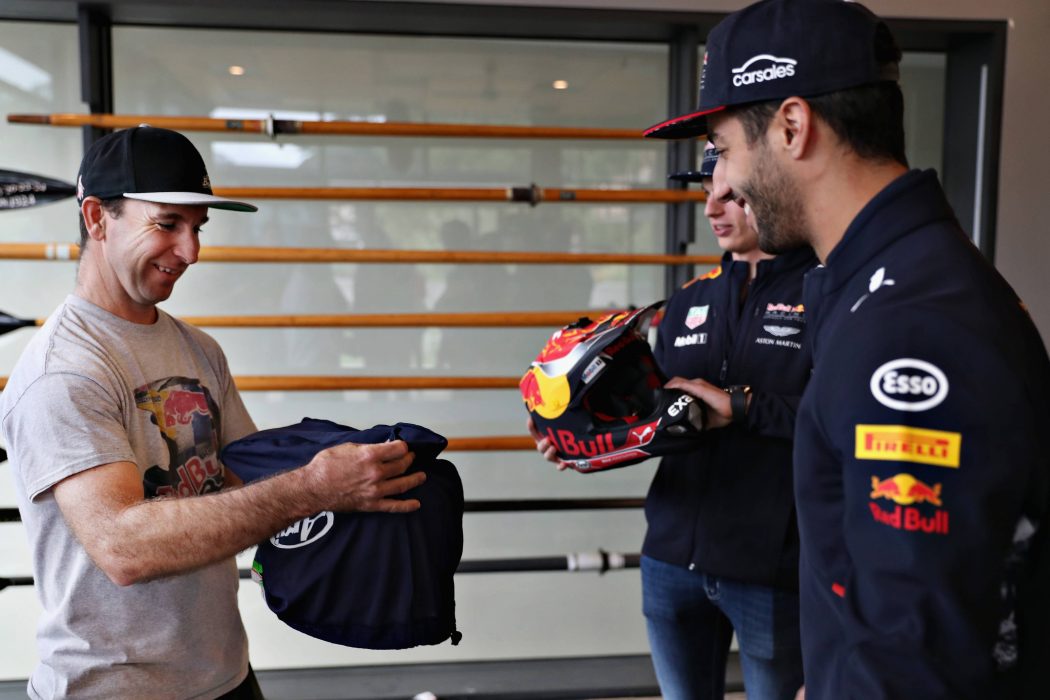 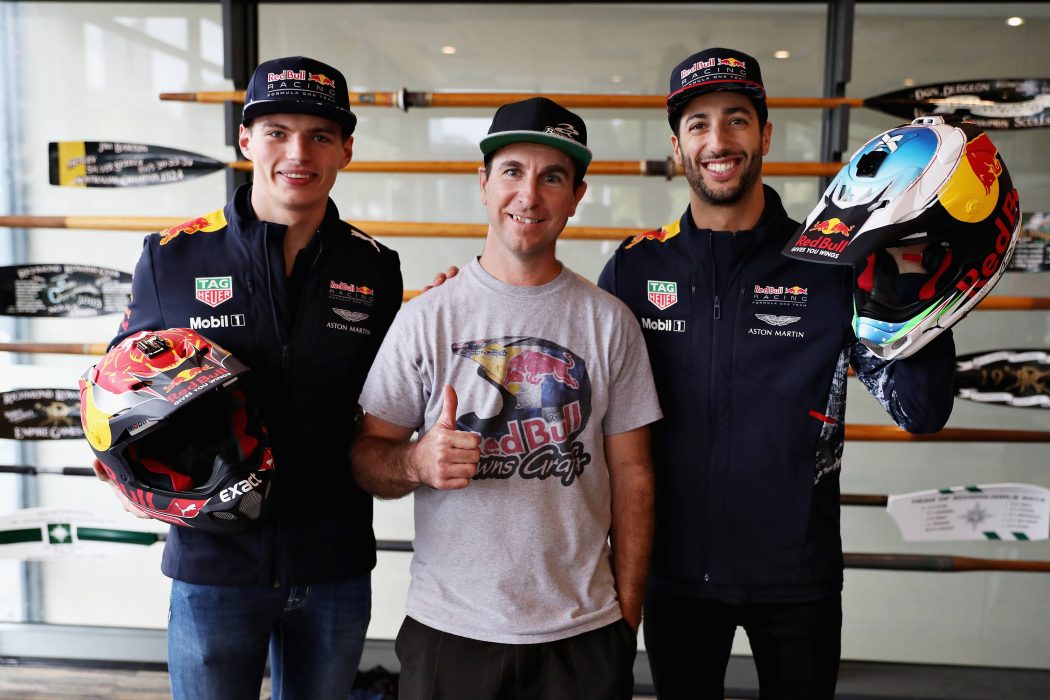 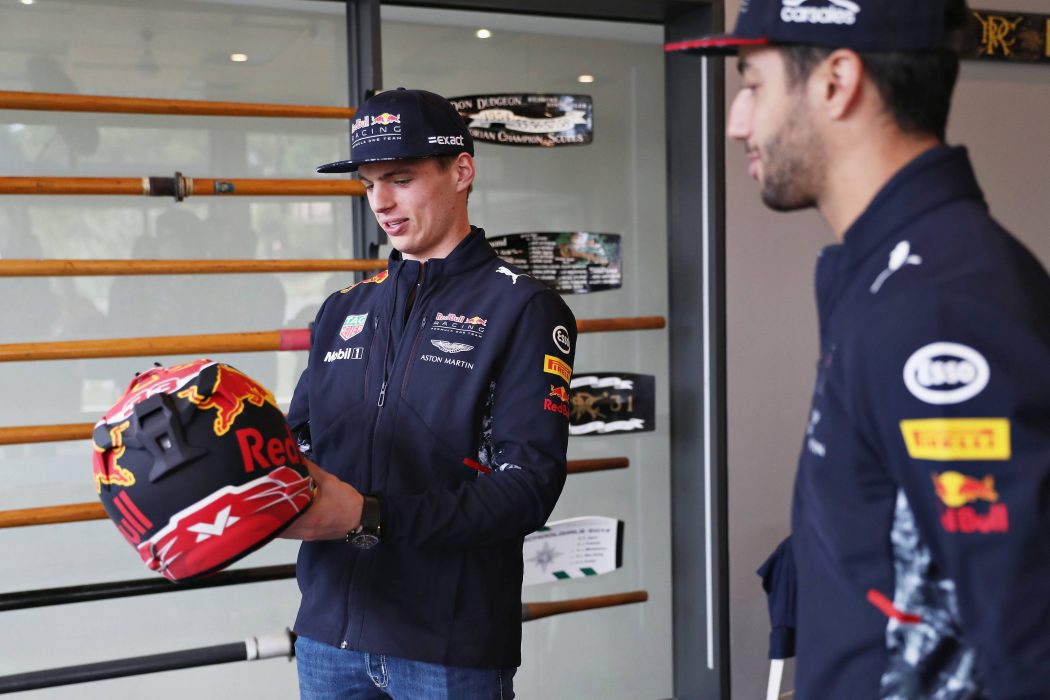 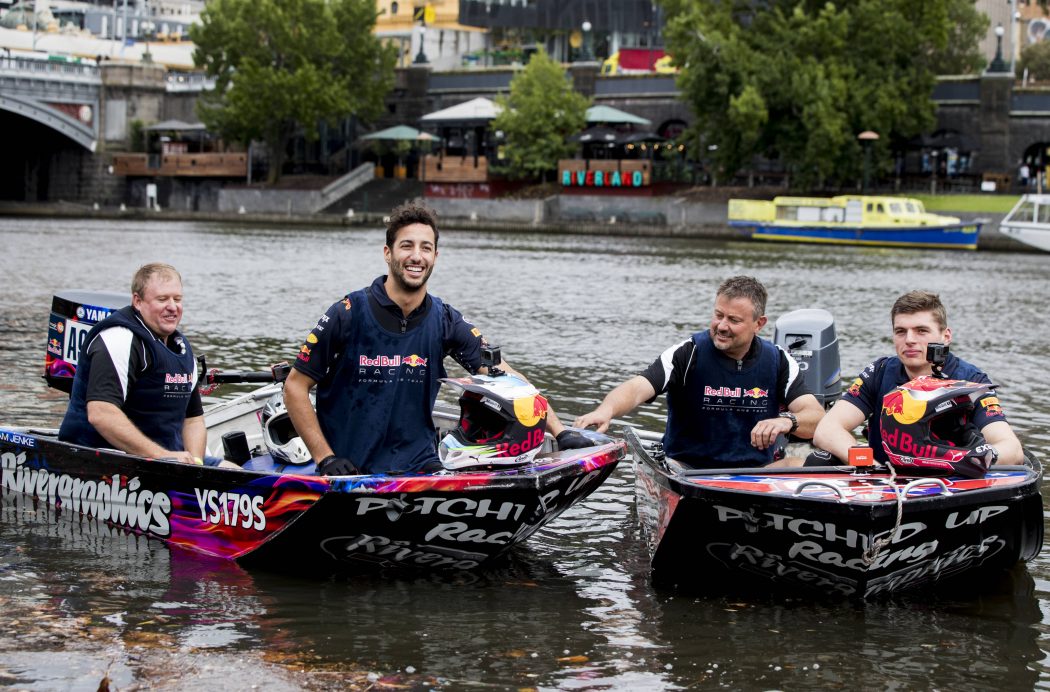 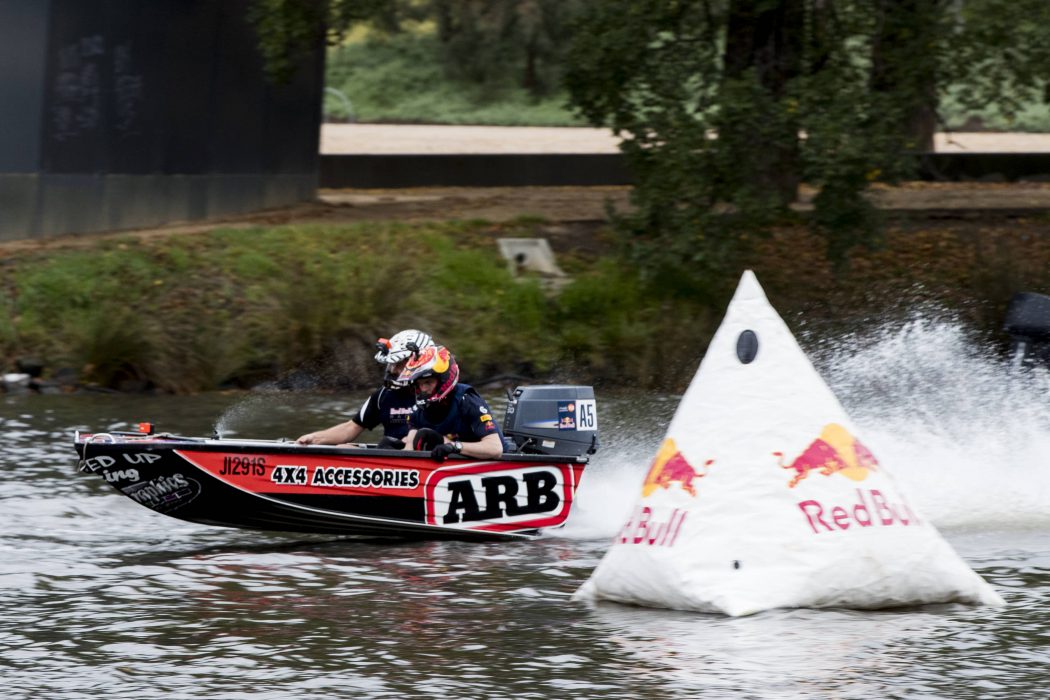 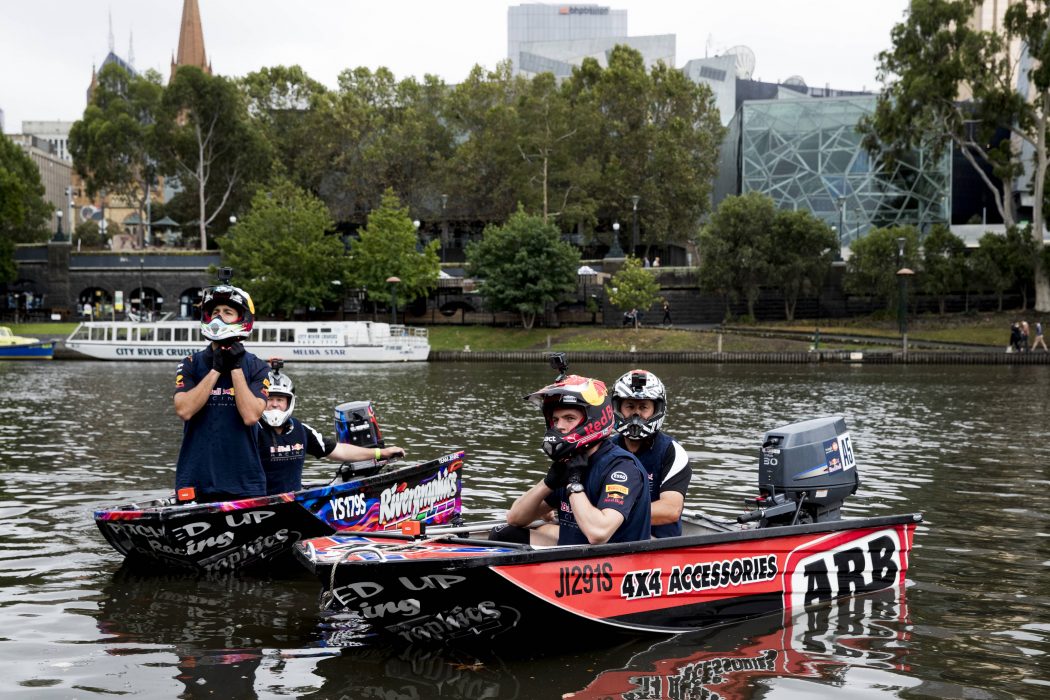 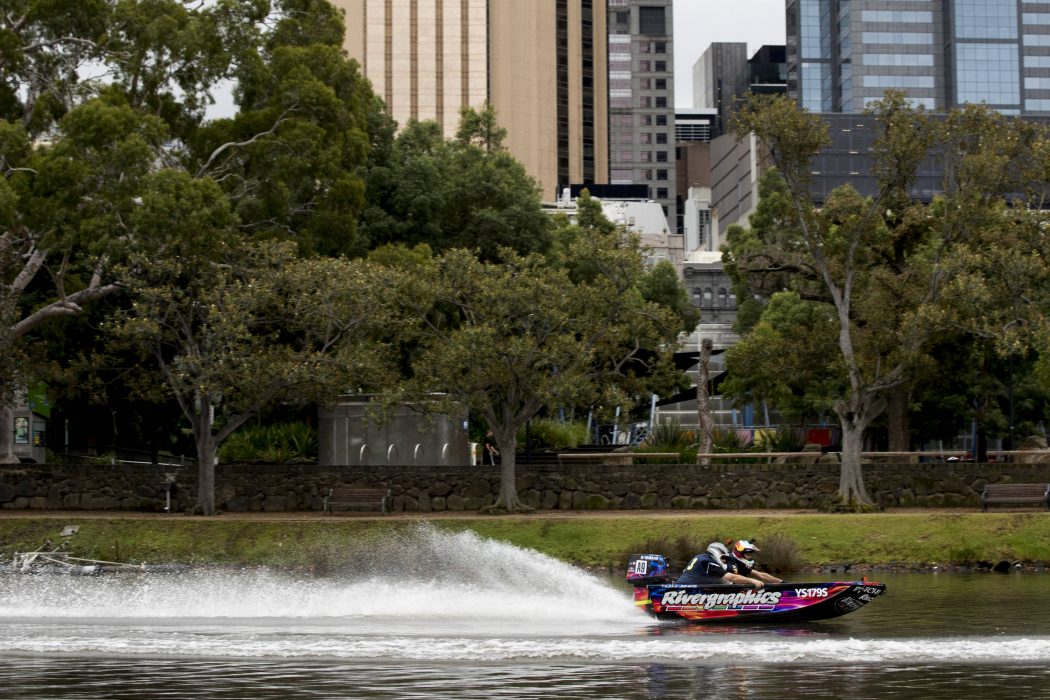 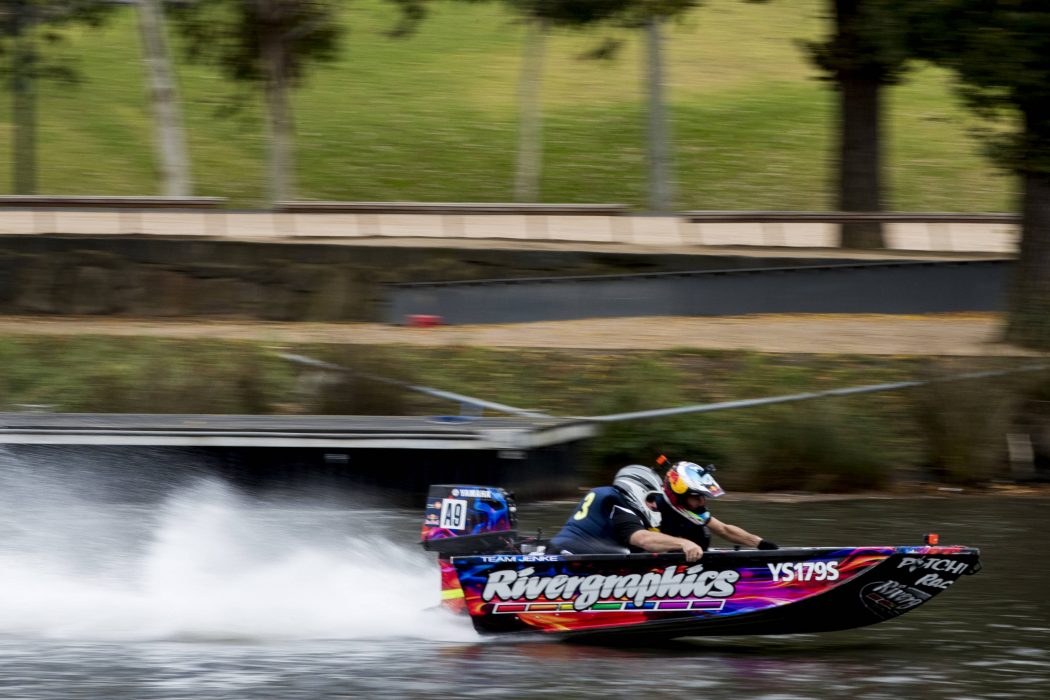 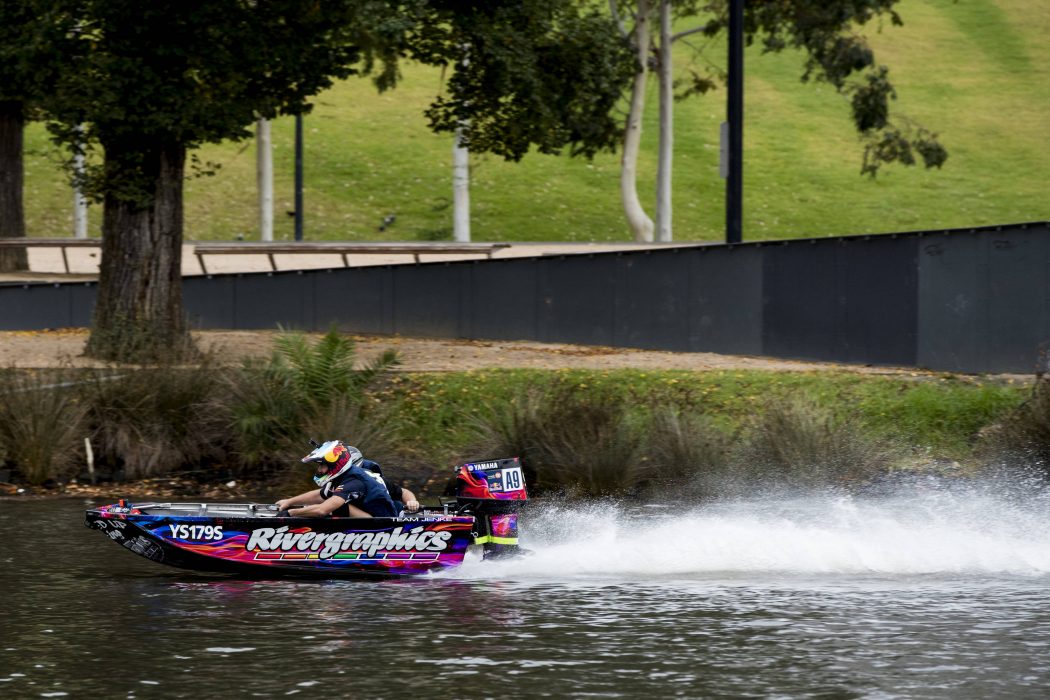 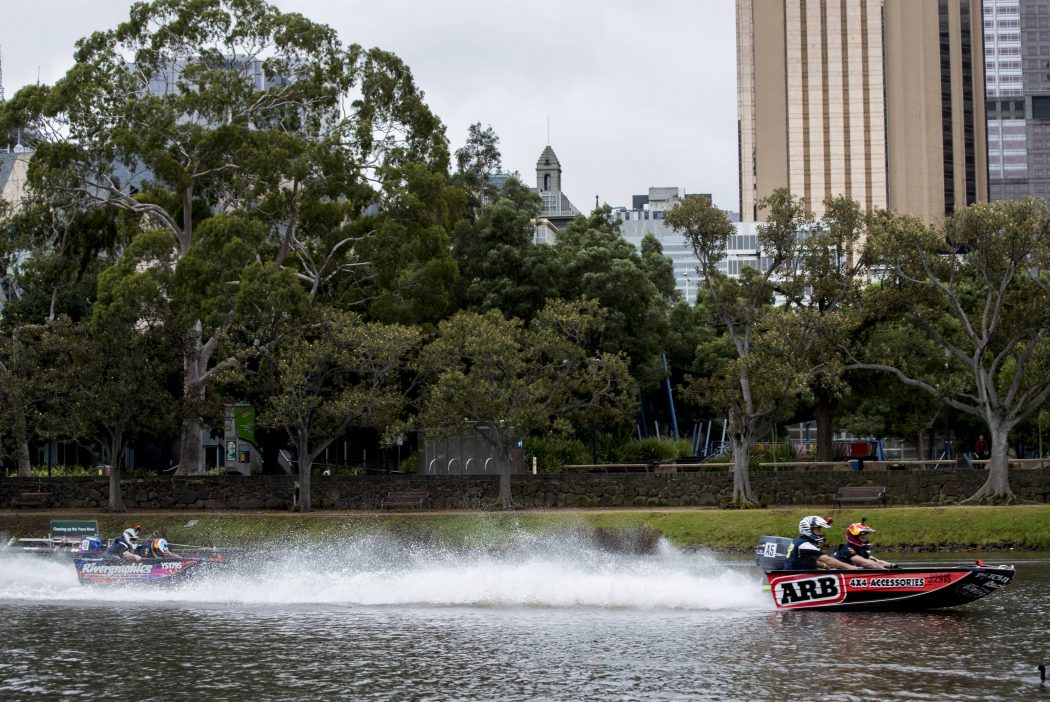 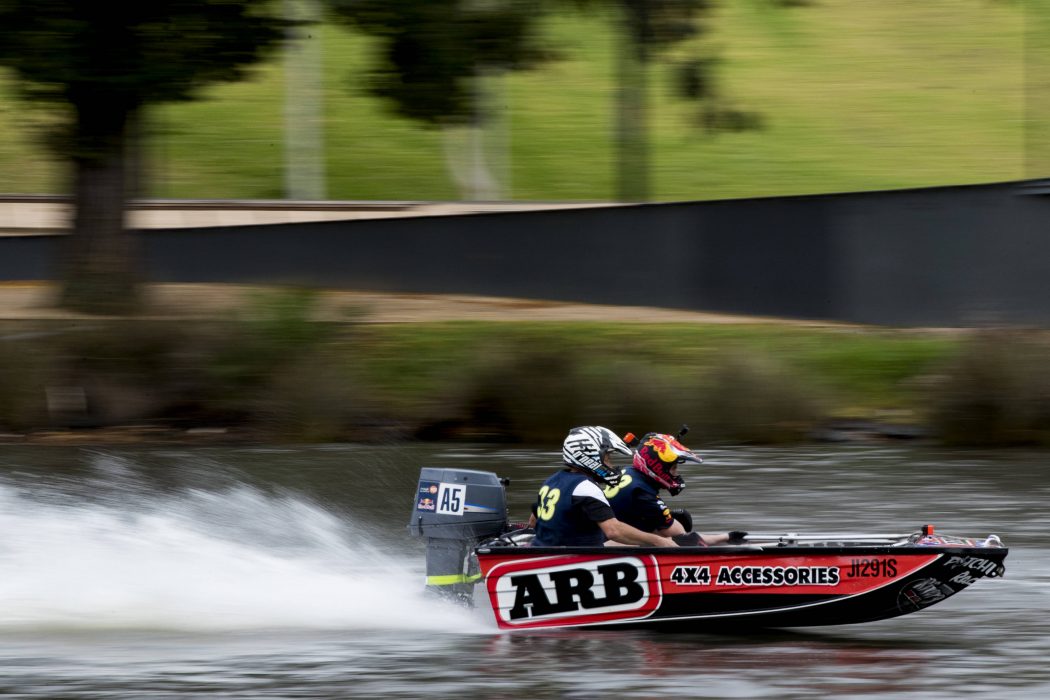 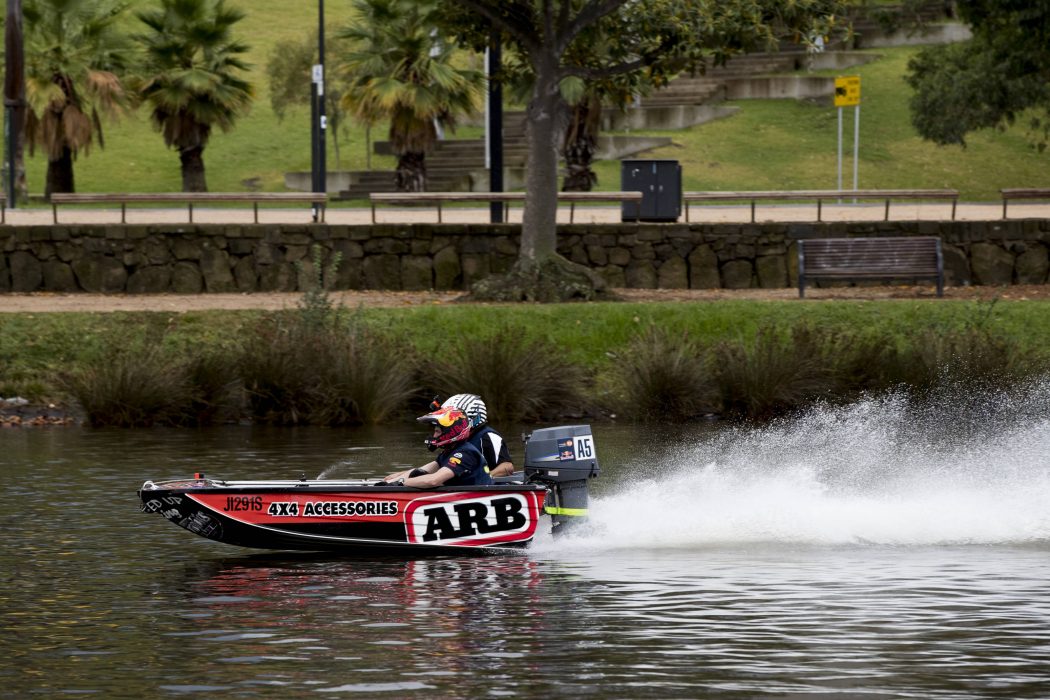 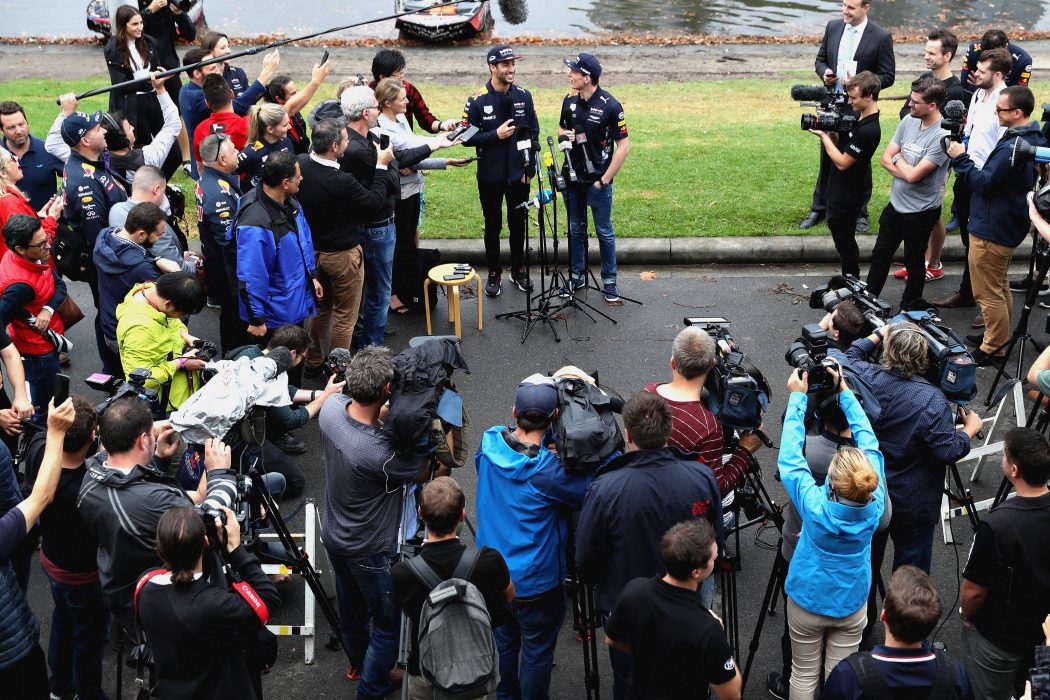 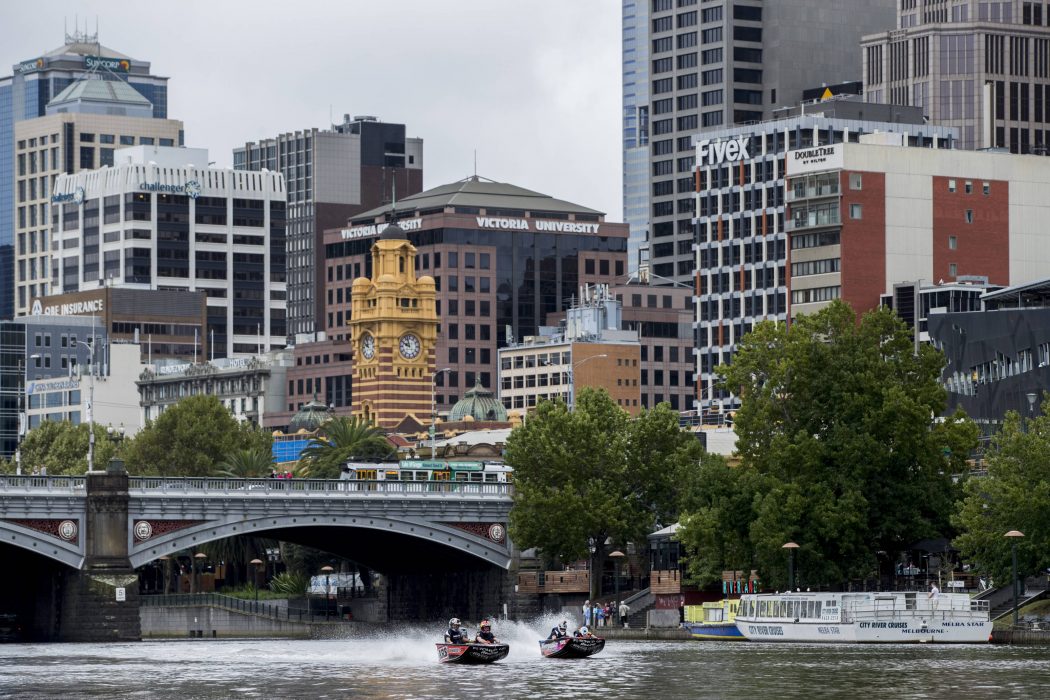 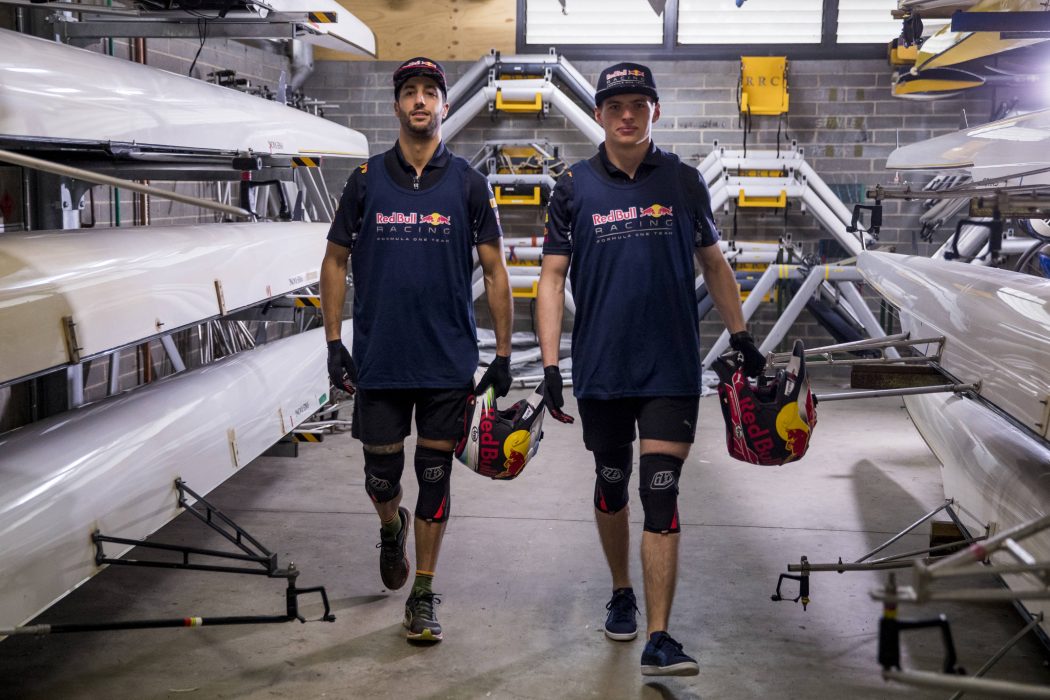 Dinghy dash downunder: it’s almost time for the season to get underway but before attention turns to Albert Park and the Australian Grand Prix, Daniel Ricciardo and Max Verstappen got to enjoy a little bit of downtime, messing about in boats on Melbourne’s Yarra River.

With the Melbourne skyline and iconic Flinders Street Station providing the backdrop, the boys spent Wednesday morning at the Richmond Rowing Club in the company of professional dinghy racers Scott Jenke and Jeremy Newman. This isn’t the sort of genteel wind-powered dinghy racing many people will be familiar with but rather its outboard-powered fast-and-furious antipodean cousin, in which the ultra-manoeuvrable 3m aluminium skiffs, supplied by the Riverland Dinghy Club, can reach speeds of 90kph. This is high-speed racing in crash helmets – so naturally, Daniel and Max were eager to get out on the water.

“My first thoughts when I saw the boats were pretty positive. I like speed, I like to be in the water so I was looking forward to just getting in and experiencing it.”

Each assigned to a professional dinghy driver, Daniel and Max assumed the role of navigators, which isn’t entirely what it sounds like and closer to the function of the passenger in sidecar racing, skipping around the hull to distribute the load and help the dinghies bank into the turns for some pretty amazing high-speed changes of direction.

I didn’t really have expectations because I’ve never seen anything like this before.

“You’re moving around a lot,” explained Daniel, “The speed and acceleration are pretty impressive even though I’m sure they turned it down a bit for us. It’s a super-nimble craft with a turning circle that’s practically nothing. Wow!”

In front of around 60 members of the international and domestic media, the F1 drivers ended their morning with a three-lap race around a 400-metre course marked out with buoys. Properly in tune with the spirit of Melbourne, the prospect of competition got both drivers fully focussed. We’d like to say that sport was the winner but both of the boys will claim it was them.

With both drivers dried-off, attention now turns to Albert Park and the first Grand Prix of the season. “Pre-season’s a lot more chatter than driving, so I’m really looking forward to the real thing beginning,” said Daniel. “I’m really hanging out for getting in the car on Friday – not just for the satisfaction of driving but also to see where we stand. This weekend is the first time we’ll all line-up on the same tyres, with the same fuel and gets a good impression of where we stand. I’m keen to find out – I’m sure everybody else is too.”